St. John Bosco, Pray For Us

Today the relics of St. John Bosco were presented for veneration at the Basilica of the National Shrine of the Immaculate Conception. I'm a fan of the wonderful St. John Bosco who dedicated his life to helping children, mostly boys, whom the rest of the world had written off or disregarded. He gave them a home, food, skills for earning wages, and hope for a future. He also taught them catechism and rigorously fought for their salvation.

So, at 8:30, I piled the girls in the car only to discover while buckling Elizabeth in that her diaper had "leaked" and her onesie and dress were significantly wet. I say "leaked" because nothing was wrong with the diaper. Elizabeth is going through a phase of pulling off her diaper even if it means undoing the tabs through her onesie. It was only half on when I changed her.

So, ten minutes later, we were off. God kindly saved us a parking space at the Shrine and we got in line to see the molded encasing of St. John's body over his bones. The girls were quite good in line and when we reached St. John, I lifted them up so they could see. 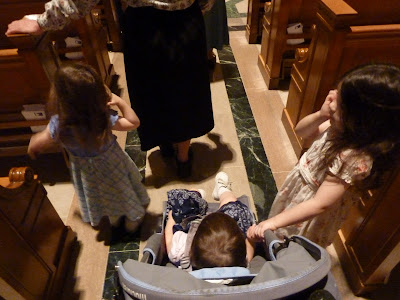 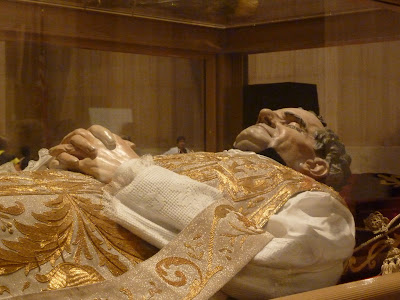 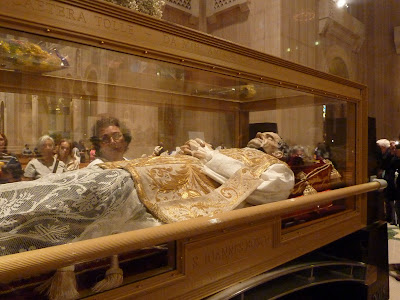 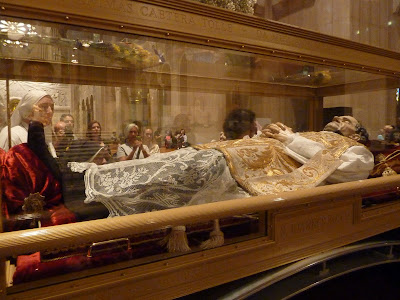 We walked around the lower part of the upper church but it was fairly crowded. I did manage one picture at one of my favorite chapels, Our Lady of the Miraculous Medal. 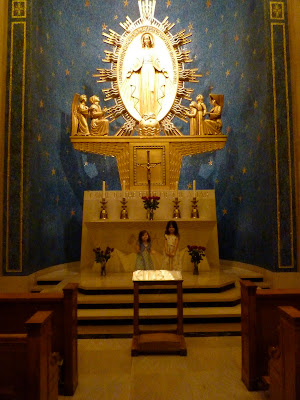 Then we went downstairs to the book store. It has a children's section and the girls know we always visit it. While we were in the bookstore, James found us. He had just been to see the relics. He suggested we tag-team confession and make it a plenary indulgence. (is there any other way parents of small children get to confession?) Afterwards, Cecilia and Felicity were begging to go to Mary's Garden. I told them as long as it wasn't raining, we would. Impressively, though it was supposed to rain all day until this evening, it was clear with the sun shining and half the ground was dry already. So, off to Mary's Garden we went. 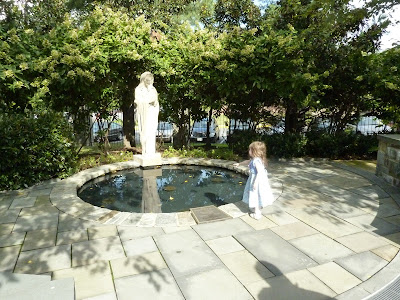 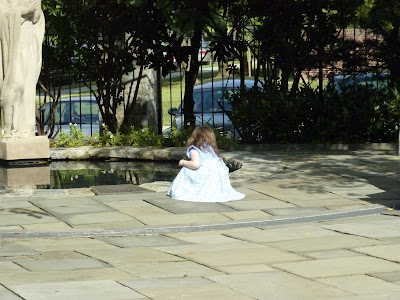 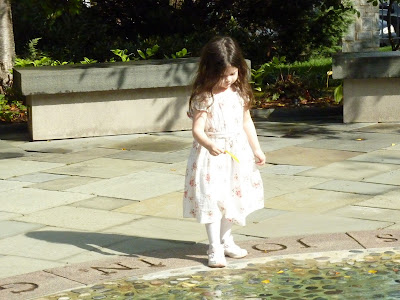 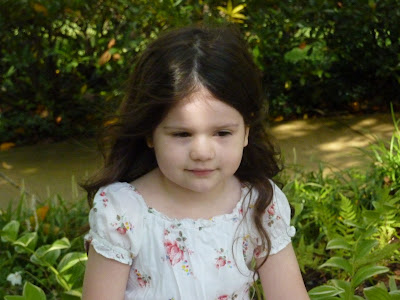 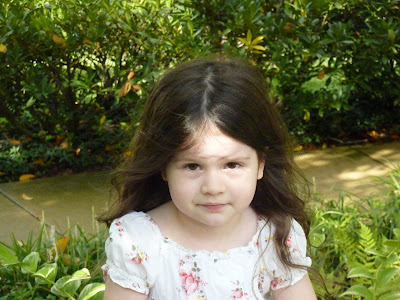 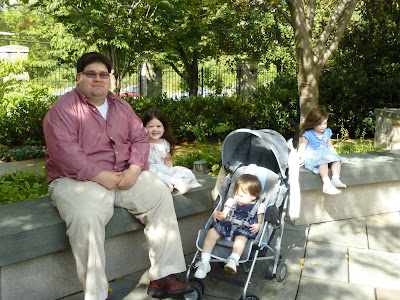 The girls kept telling us what a good time they had. They also learned a little bit about St. John Bosco and visited several chapels in the National Shrine. Plus, they even got some very good exercise running around Mary's Garden. Isn't it great when a family outing includes a religion lesson and PE? It is days like this when I absolutely love how homeschooling simply blends into life. At the Shrine, they were also introduced to Blessed Kateri, Mother Teresa (on whom there is a nice exhibit for her 100th birthday) and numerous Marian images and titles.
The only downside? By the time we got back to Maryland, it was so late I had to grab something on the way and, coming from the South, the only option was, you know it, McDonalds. I know we could have ended on a better note than that, but I was in a race to get home, get the girls fed, and get Elizabeth her necessary nap, so McDs it was.
In hindsight, it was probably a good thing we just grabbed something as Elizabeth didn't get to sleep until 1 (she usually goes down around 12:30) and didn't get up until almost 4, and I had to wake her. She was not easy to wake and she was hot and sweaty even though she was only wearing a thin onesie. I think she may still be feeling the effects of her shots last Friday, so I think getting her that nap was very important.
Even going to bed, Cecilia was talking about what a nice time she had today. All in all, a good day.
Now if I can just get the tomato sauce made and the laundry done tomorrow.
St. John Bosco, patron of young people, pray for us.
Posted by Katherine at 8:00 PM