Since I got out the bouncy seat anticipating Teresa's arrival, Cecilia has tried to claim it as *her* chair. She has a whole set up where she puts one blanket on top of it and gets a second to cover herself when she is in it.

So it was a rare treat for Elizabeth when she snagged "Cecilia's" seat and Elizabeth was just so cute playing in this coveted chair, I had to grab my camera. 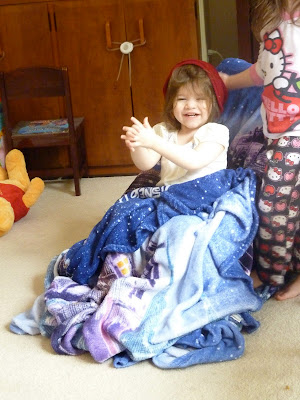 She reminds me of a crotchety old man in this shot: 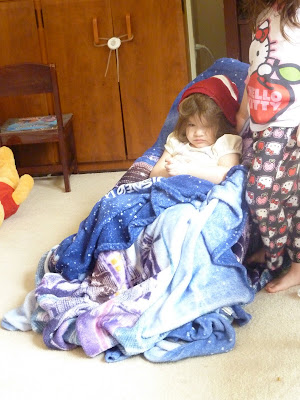 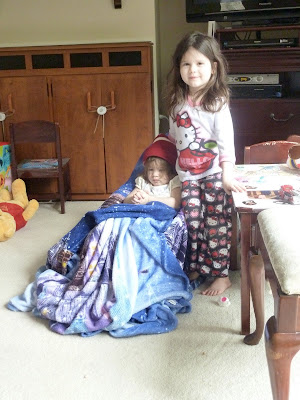 The hat is actually a decoration from a snow man kit that Cecilia adopted as her own winter hat. 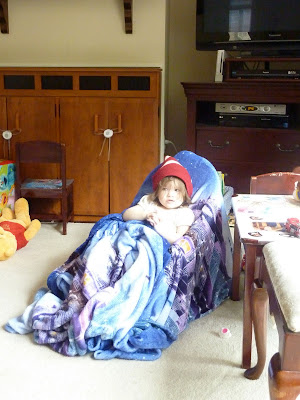 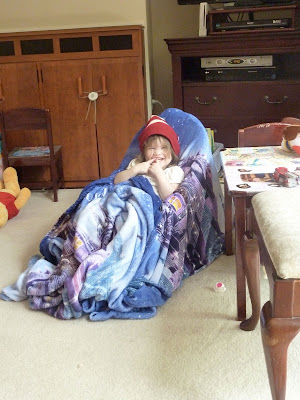 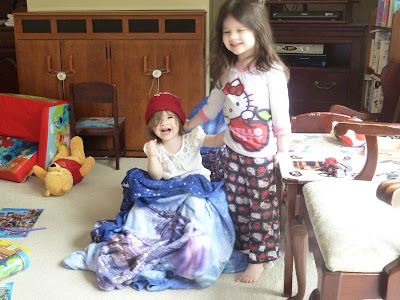 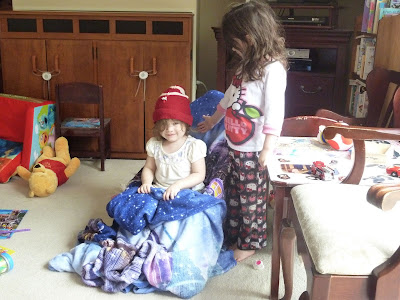 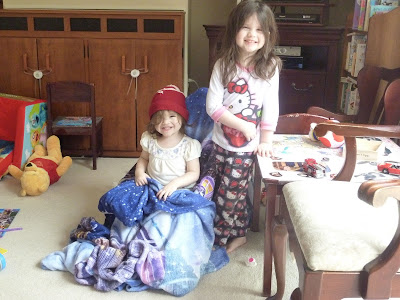 She then began a game of putting the blanket on her lap and standing up to see it fall off. She was very amused by the way it would fall off her. She repeated the game several times. 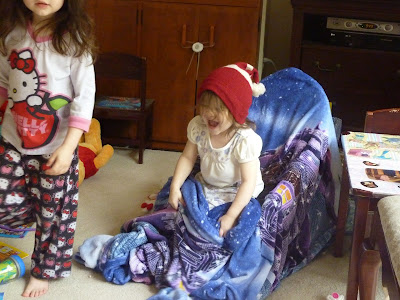 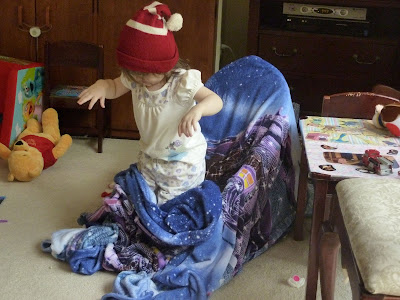 Posted by Katherine at 9:02 AM