On our fourth day we went to EPCOT.

We went on the Universe of Energy first. I knew it was a gamble. It can be loud and has robotic dinosaurs I knew could be a little scary. Felicity didn't care for the loud noises, but the dinosaurs made Cecilia declare it a new favorite ride for her. Then we went on the Finding Nemo ride. Oh boy did Elizabeth love seeing all the fish, sea turtles, sea horses, etc. She couldn't get enough of them. After lunch and another boat ride about farming and crops, we went to another favorite attraction of the girls: the jumping water fountains. Oh they had a blast. And got soaked. It was so hot though, who cared? I myself stood in the line of fire a couple of times to cool off. Ahhhh! 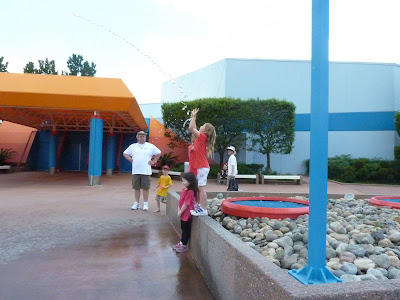 Cecilia is standing on the ground. The kids will stand on the wall in order to hit the jumping water and get wet and cooled off. I forbid her from standing on the wall but she was happy to stand below others doing it and get soaked from the water as they hit it. 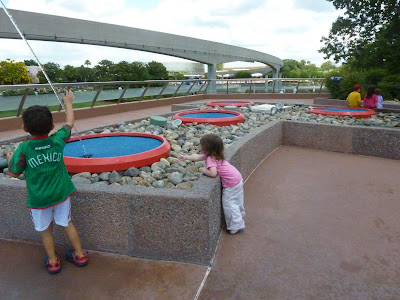 Elizabeth tries to reach the water. 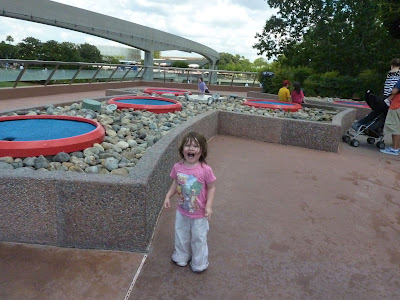 She never did reach it, but boy did she love watching it go and when people hit it.
After the fountains, we went on the Journey into Imagination ride and played in the ImageWorks afterwards. There are stations where you can move your arms and it effects how high or low the music plays or, as in these pictures, when you jump on the squares that instrument plays. 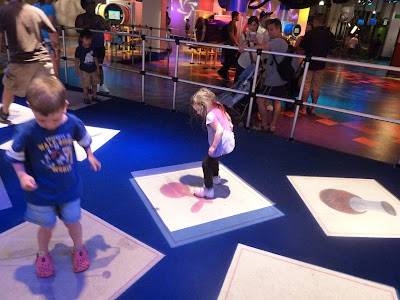 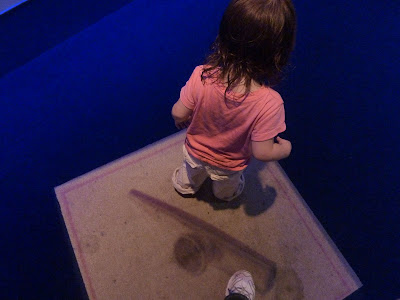 Poor Elizabeth didn't weigh enough for the computer to pick up on the fact she was standing on it. I had to help her out. It made no mistake about me being on it. LOL
Afterwards, we got some cold beverages and began walking around the various countries of the World Showcase. It was a pleasant surprise to come across some people playing the drums in Japan. 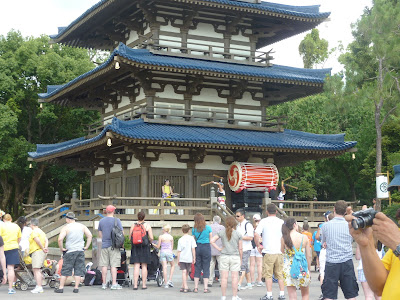 We all met up for dinner at Norway's Akershus, which also happened to be a character dinner where some of the characters walk around and visit the tables. In this case, it was a princess character dinner. Not surprisingly, Cecilia refused to go near the princesses, but Felicity embraced every one. Literally. 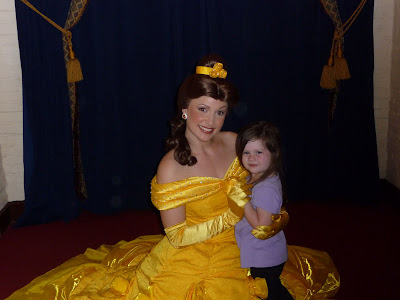 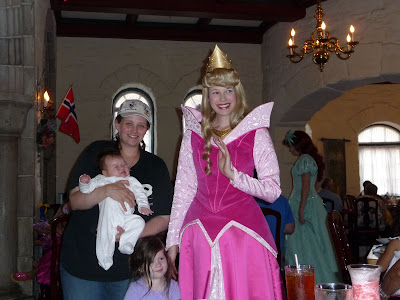 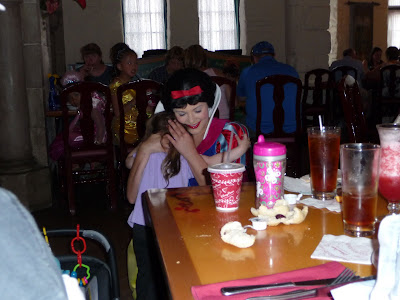 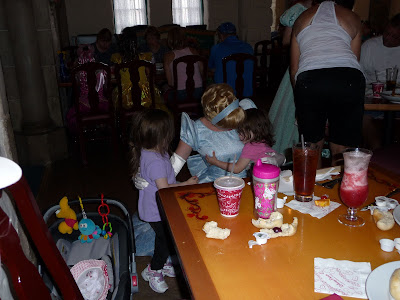 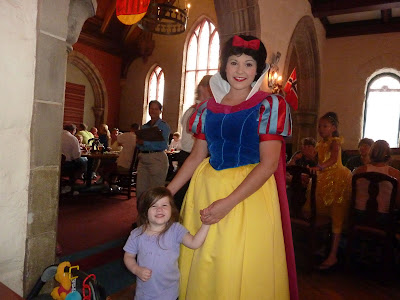 Felicity is my girly-girl. Is it any wonder she who embraces all things princess wouldn't fail to embrace the princesses themselves? Belle and Sleeping Beauty also greeted Teresa. The only one Elizabeth would go near though was Cinderella, whom, surprisingly, she went up to and gave a big hug. So sweet!

Elizabeth quite liked the Rice Cream dessert, one finger-full at a time. 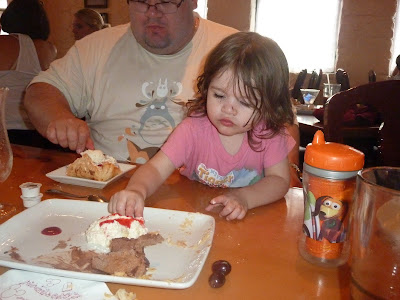 Posted by Katherine at 1:10 PM