Our first day at the parks we went to the Disney Hollywood Studios, which focuses on film. It is also the park with one of the girls' most favorite attractions: the Honey I Shrunk the Kids Playground. It is a playground designed as though the people were about the size of an ant. I sat in a shaded area with a sleeping Teresa while James and my dad took Cecilia, Felicity and Elizabeth into the playground. It is always our first stop in this park. The girls run nonstop - talk about exercise! 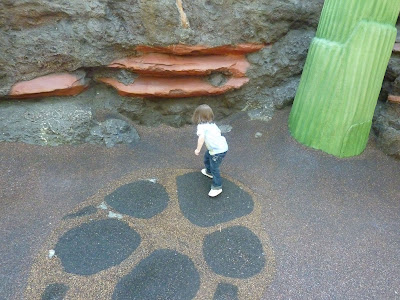 Elizabeth on the bouncy spots. 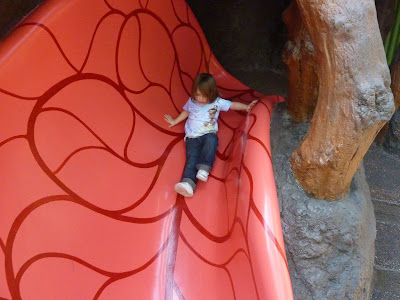 Elizabeth on the flower petal slide. 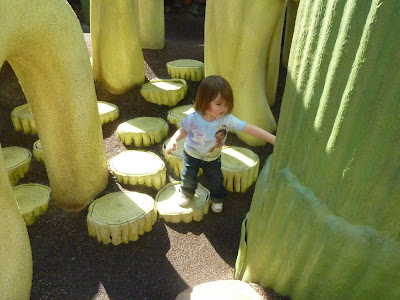 Elizabeth lost among the blades of grass. 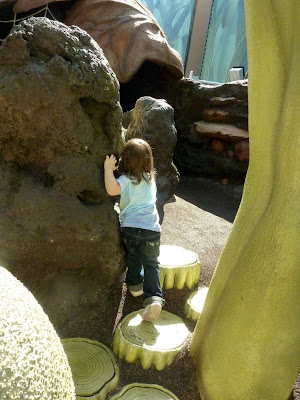 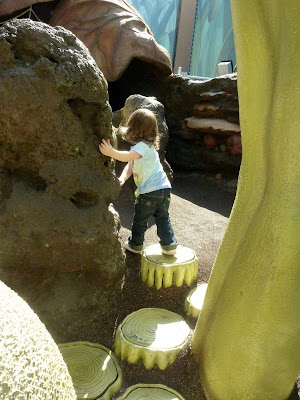 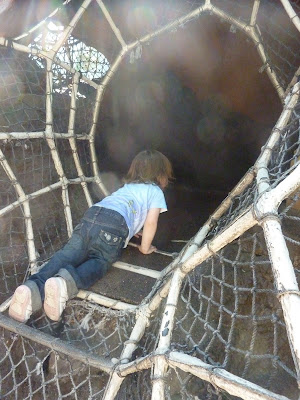 Elizabeth scales the spider web.
Unfortunately I have to wait for my dad's pictures for any shots of Cecilia or Felicity on the playground. I assure you though, after an hour inside, they came out red-cheeked.

The girls' second favorite attraction at this park is the Disney Junior Show (formerly Playhouse Disney) where they use puppets to put on a show revolving around the primary characters of the Disney Channel's preschool programming. It is also a wonderful break to sit down in the air conditioning! 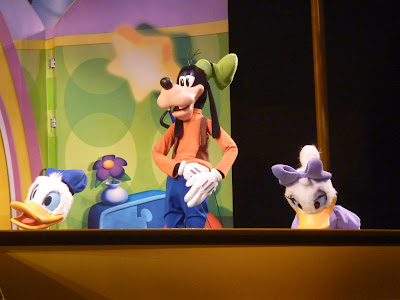 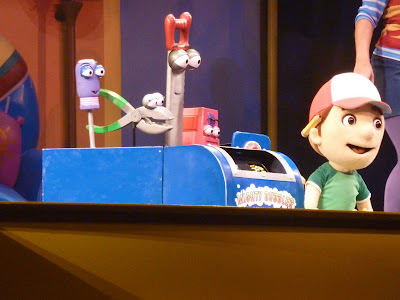 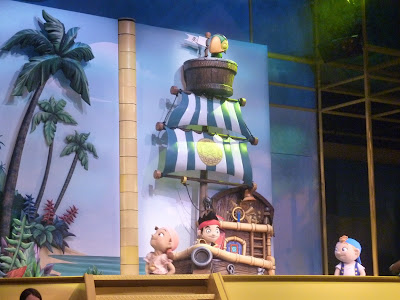 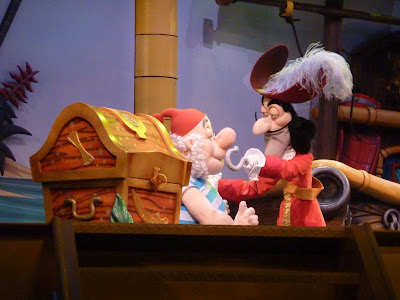 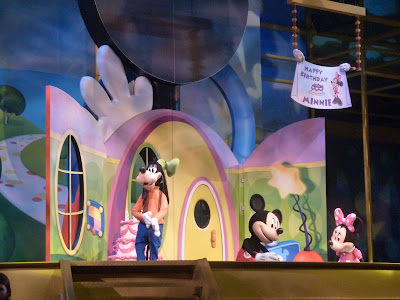 It is so funny how children's personalities develop and change. I remember when she was three years old, we could be in the Chick Fil A playground and someone would walk in and Cecilia would run up to them and say, "Hi! I'm Cecilia! I'm three! Want to play?" But when it comes to the Disney characters, she would be more likely to hide under the table! Yet Felicity, who used to (and sometimes still does) hide behind my legs at the mere approach of a stranger will give Mickey Mouse a hug. 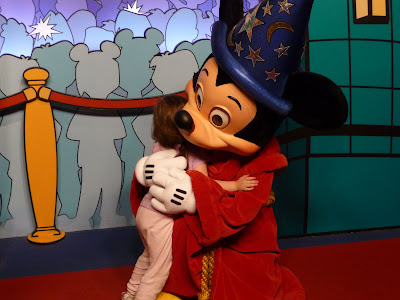 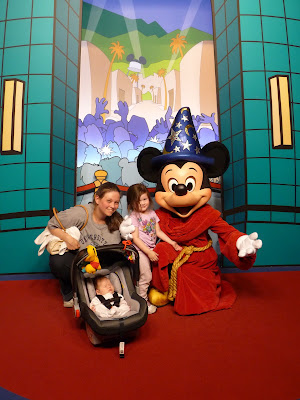 Me, Felicity and Teresa with Sorcerer Mickey 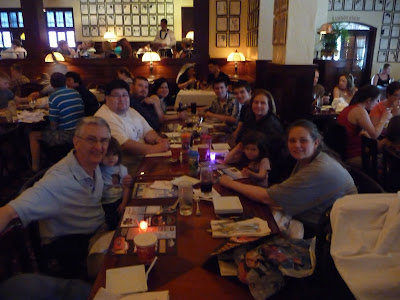 We had dinner reservations at the Hollywood Brown Derby. Starting from the left: Cecilia is hiding almost under the table, my dad, Elizabeth, James, Jon, Olga, Michael, Stephen, my mom, Felicity, me and Teresa in her carrier. The lights on the table are light-up "ice cubes"- the girls have been playing with them ever since. They are, I must say, pretty neat! 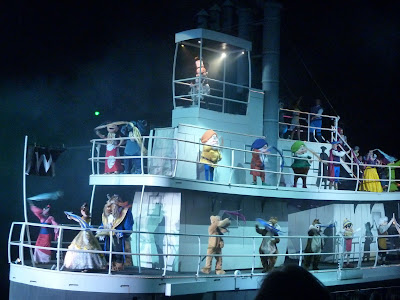 Our dinner included tickets to Fantasmic, a wonderful show of characters, water, fireworks and fantastic music. It is my favorite show at Disney World and seems to have been Teresa's as she was awake and alert through the whole thing but never cried once.
Posted by Katherine at 10:15 AM