Mass and the Magic Kingdom Again

Sunday was our final day at Disney World. But it was also Sunday.

So we went to Mass at the Basilica Shrine of Mary, Queen of the Universe. We also refer to it as the Shrine of the Generous Tourist because it is a Church and museum built from tourist donations that continues by tourist dollars. Why it is a basilica I don't know. The windows and stations are very beautiful but the rest of the church leaves much to be desired. They also spent about 10 minutes at the beginning of Mass to ask people who are visiting to raise their hands, ask where people are from, etc. to be as friendly as possible with the hopes of getting more dough in the baskets. But it is close to Disney World and we haven't found a nearby parish that is better.

We then went to the Magic Kingdom again. We took the Walt Disney World Railroad around to Frontierland. 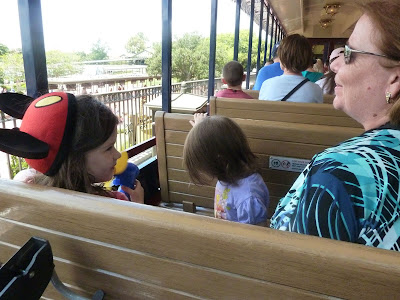 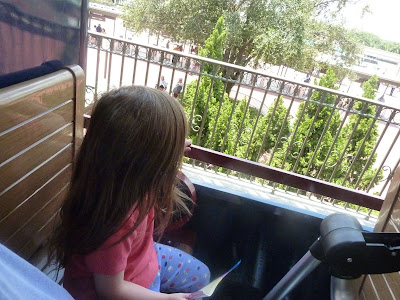 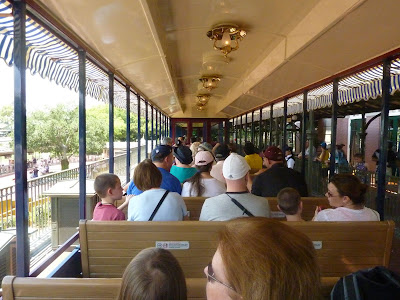 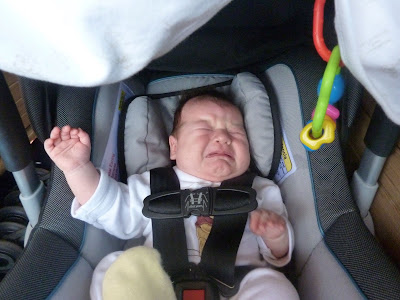 Teresa didn't seem to care much for the train ride. 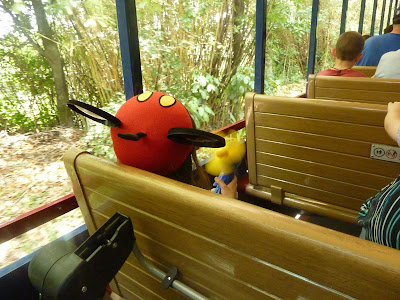 After lunch, Cecilia wanted to go on Pirates of the Caribbean, which was a ride she got scared of a couple of years ago and hadn't been on since. She enjoyed it this time though. Felicity wanted to go on Splash Mountain, which has a 45 degree angle 52 foot drop. She saw people go down it and declared she wasn't scared. I would have been willing to take her on it, but she wouldn't have met the 40" height requirement. She is my petite girl but hopefully next time. 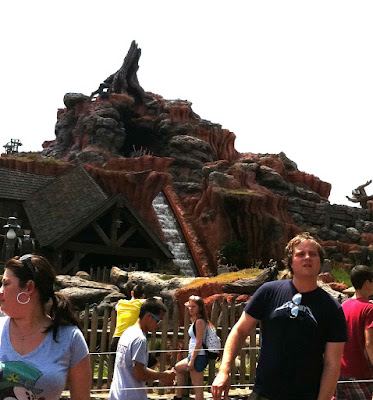 Afterwards, it was back to It's A Small World. 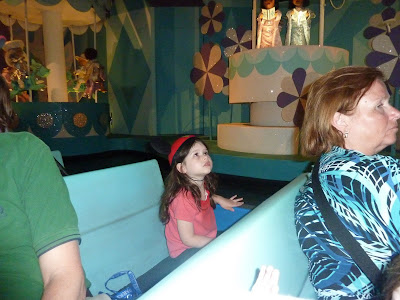 Followed by another round of Winnie the Pooh with some playtime in the wait area. 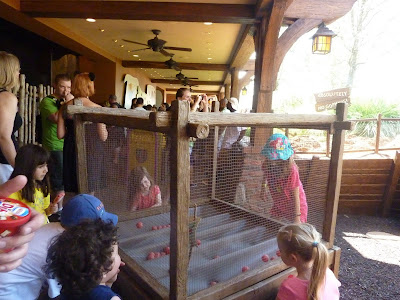 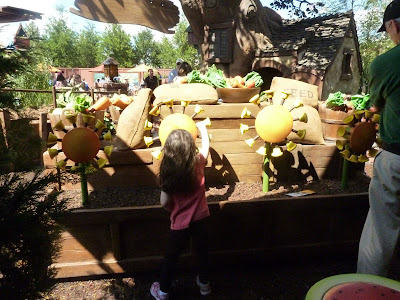 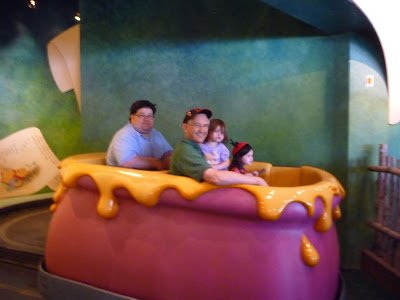 A few rides later and it was getting late, it was hot and we were all getting tired. So we began our stroll to the front of the park. Of course I had to run through the stores on my way out and, as promised, we bought the girls balloons. I've never seen balloons like these before though. No only do they shimmer a rainbow of colors in the light, they have a color-changing light inside them you can turn on and off to light them up from the inside various colors. Very cool. 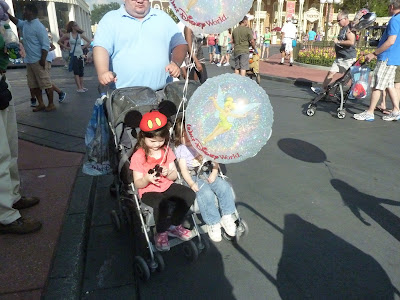 Just as we were about to leave the park, a parade began. So we hung around and let the girls watch the parade before heading back to the hotel to pack up. 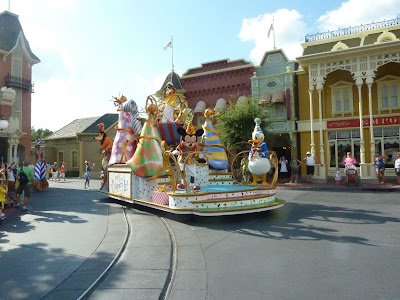 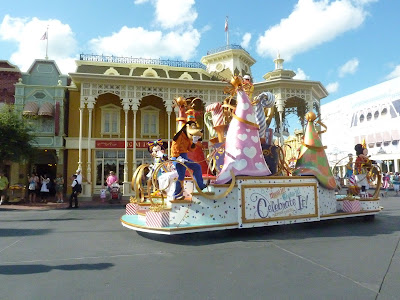 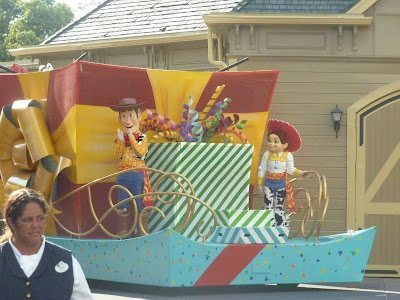 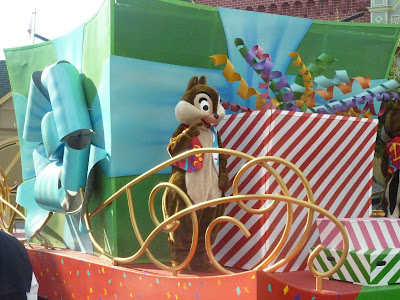 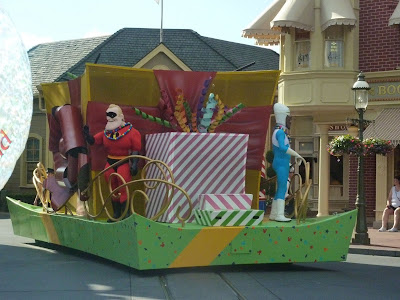 Posted by Katherine at 2:36 PM