I debated about taking the day off from school for the Assumption. But I also wanted to attend a meeting Wednesday that I knew would cut into school. So when Cecilia asked to do school, I complied.

But we were not going to let the whole day go without recognizing the Assumption.

So Monday's weekly Art time was tweaked to include baking this week and the girls helped me make homemade cupcakes topped with homemade icing to resemble clouds. Then we put a small plastic Mary statue on top. 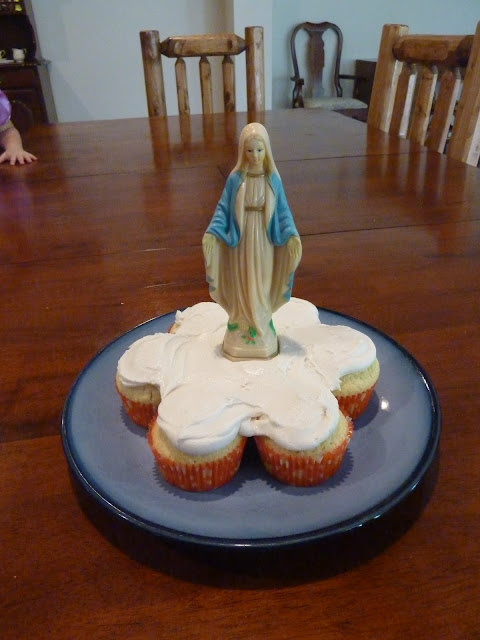 I forgot to add the stars until after I had dealt out the cupcakes. Queen of Heaven. You get the idea. 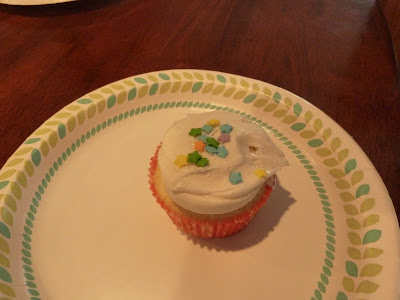 I wish I could say they tasted as good as they looked. They didn't. They were eatable and Cecilia finished off Felicity when Felicity declared only the icing was up to her standards. But I wouldn't do the same recipe like that again. But what are kids for if not to try out new recipes?

And, most importantly, when my dad quizzed her on the reason for the cupcakes, Cecilia explained today was to celebrate Mary falling asleep and going to Heaven.
Posted by Katherine at 2:20 PM