The Girls Color The Wizard of Oz

When we didn't do school this week, the girls wanted to color. Elizabeth's Godmother bought her a coloring book of the Wizard of Oz based on the book, not the film.

The girls all adore the film. They dance and sing to it. They pretend to be various characters (never before has Dorothy appeared on a scooter!) and play act. They love it. So after I read A. A. Milne's poems getting Elizabeth asleep for her nap, I've been reading The Wizard of Oz to Cecilia and Felicity, so they are familiar with the book and some of the big differences from the film.

This week, the girls went to town with the coloring book. Felicity's pictures are distinguished by the significant variance of color. She loves her pictures very colorful. Just like her imagination. 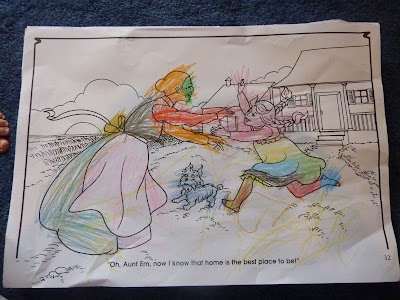 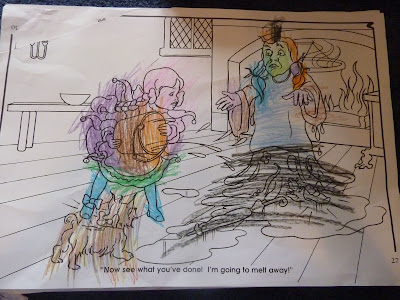 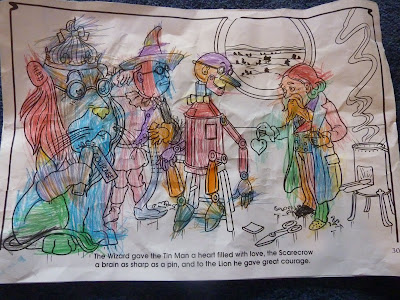 Cecilia writes her name on each of her drawings and likes to try to draw things a bit more they are described. True, the Winkies are supposed be yellow and it is the Munchkins whose clothes are all blue, but still... 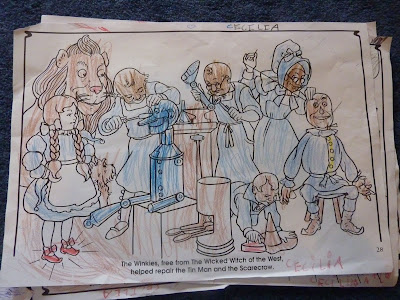 You may notice this page has an error. Not by Cecilia. By the maker of the coloring book. At the bottom of the page, Dorothy shouts, "Give me back my ruby slipper!" Anyone who has read the book knows the slippers in the film are ruby, but not in the book. 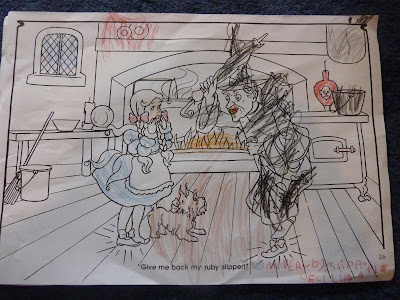 I have to add, Cecilia added additional text all on her own. I never suggested it. I never told her what to add and I didn't help her spell anything. 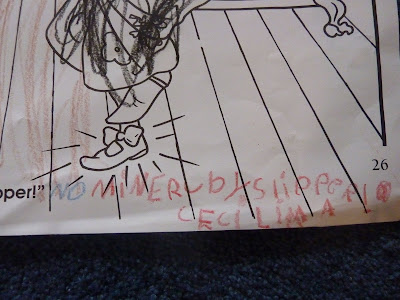 "NO MiNE RUbY SLiPPeR!" 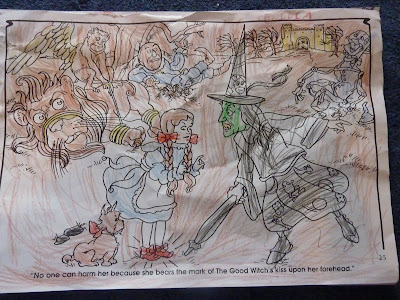 Posted by Katherine at 8:22 AM