Potties, Rain and Bananas! Oh My!

Somehow this past week seemed busier than I can account for. We got some school done. The laundry was done. The usual.

But three things made this past week a bit out of the ordinary.

The first is that we began potty training Felicity on Monday. The first day, she had 5 accidents and 1 success. Tuesday afternoon, she had a breakthrough. She ran to the potty about every 30 minutes trying for success, completely on her own. That day she had only 3 accidents. Wednesday she didn't have a single accident. This was especially exciting since we didn't stay home on Wednesday.

But she has been doing absolutely awesome! And it is so nice to only have 2 in diapers/pullups during the day. I'm curious to see if I might not be able to try to get Elizabeth using the potty soon but we'll see.

The second thing was that on Wednesday we went to the Cathedral in Baltimore for a special Homeschoolers Mass with the Archbishop. It was a very nice Mass and the Archbishop gave a very supportive homily about the sacrifices homeschooling parents make and how important our witness is to the world. He said he supported Catholic schools but some parents expect the schools to do everything in the education of their children and homeschooling parents are important witnesses that the proper rearing and educating of children must include their parents. He said he has great hope from homeschoolers, particularly when it comes to embracing their vocations. 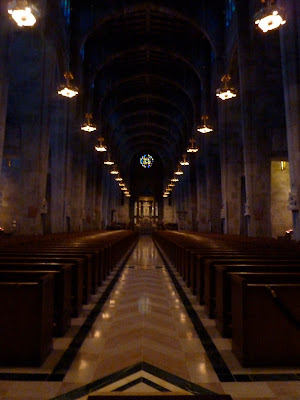 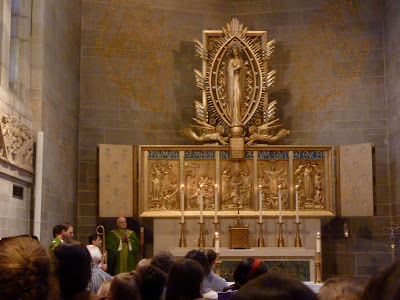 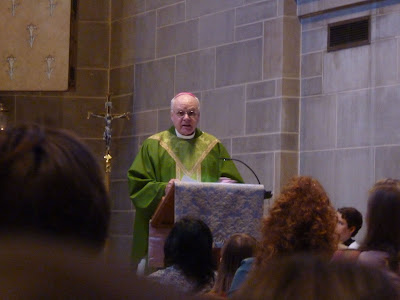 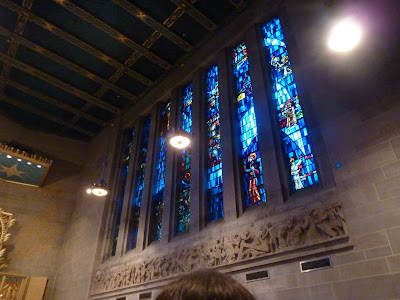 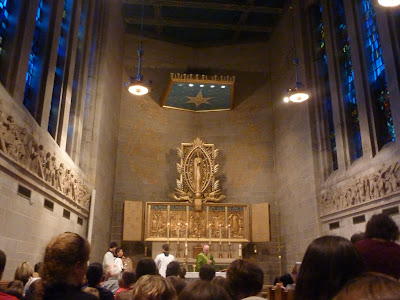 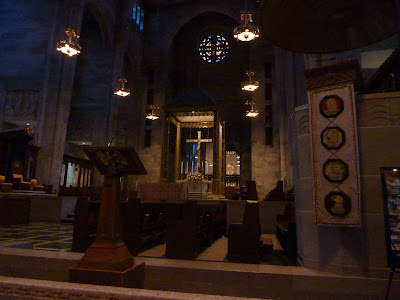 After we left the Cathedral, it began down pouring and took us an hour just to get out of Baltimore. Part of that was simply the fact it was Baltimore but the heavy rain definitely played into it. I95 was at a crawl for one part because the rain had caused flooding in the right lane that was impossible to drive through. It was high enough we were, quite seriously, checking the car to make sure none came in through the doors. The girls called it "the river in the road." Apt indeed.

The third thing was that Teresa began "solids" this week. I've started all my girls with rice cereal for a first "solid" but only until I'm certain they have the swallowing thing down. Then I move on to something I would actually eat: bananas. 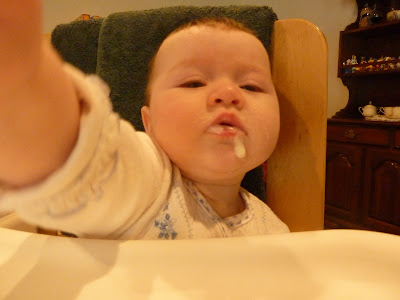 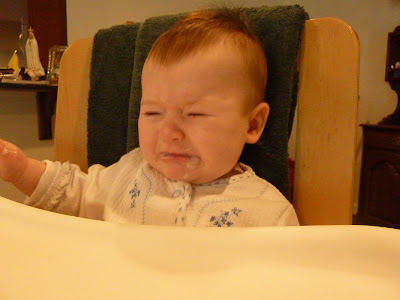 Somehow it doesn't seem like we did all that much this week, but I'm fairly exhausted, so I declare it to be a very busy week! :)
Posted by Katherine at 2:45 PM