Praying At the Abortion Clinic

Ever since 40 Days for Life began its Fall campaign, I'd been wanting to get the girls out to pray outside an abortion clinic with me. The abortion clinic the campaign is focusing on in our area is about 25 minutes away from our house though and located along a major highway. The fact the driving alone would be almost an hour and that I couldn't find a time for James to come with us and I'd be by myself with four young girls along a major highway ... well, maybe that helps explain a bit why it took me a month after the campaign began to finally get there.

Last Thursday, we drove to the clinic and parked behind a nearby Burger King. Then we walked down the street in the rain and stopped beneath a tree behind the clinic. No signs marked that the building even had a clinic. Signs for 40 Days for Life were placed outside and one other person was standing holding an umbrella in one hand and a rosary in the other. The elderly gentlemen came over to us and said, "God bless you."

We prayed one entire Chaplet of Divine Mercy there in the rain. Cecilia prayed the whole thing with me. Elizabeth kept trying to drag a rosary on the ground. Felicity played and asked when we were going to lunch. 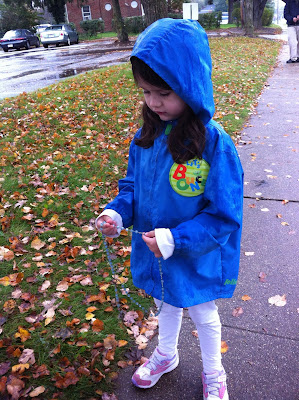 Towards the end of our Chaplet, a woman drove up and got out with a camera. She said she was from the diocese' pro-life office and wanted to take some pictures. I had no objection, but apparently my girls did. Cecilia and Felicity kept trying to hide from her and Elizabeth copied them. I tried to introduce them to make them less shy, but it didn't help much. What are you gonna do? 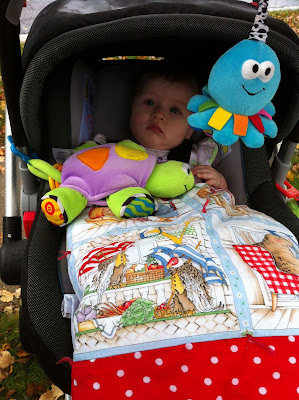 After the chaplet, we concluded by saying the Guardian Angel prayer for those who worked there and all who entered. It was cold and raining the whole time we were there, so I think we only spent about 20 or so minutes there but it was well worth it and important and good we went. On the way to the car, Cecilia asked me why anyone would hurt a baby. I told her that the people who did didn't understand it was wrong and bad. It is amazing how simple and clear something can be when it is seen through the eyes of a child. 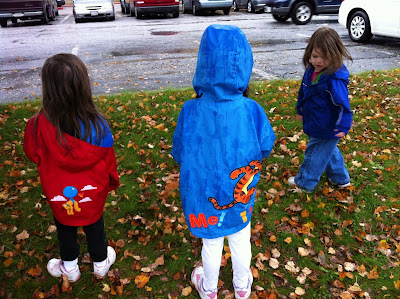 Afterwards, we went to a nearby Chick Fila. I love Chick Fila. As soon as I walked in the door, the manager came up to us, commented how I had my hands full and offered to help us get seated, take our offer and payment from our table and bring all our food to us. McDonalds it ain't! 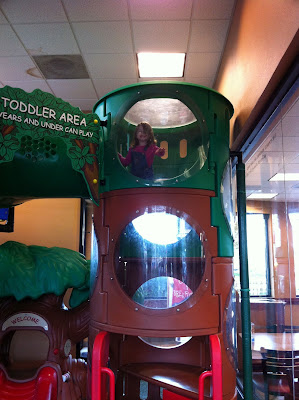 After we finished lunch the girls got some time in the playground. 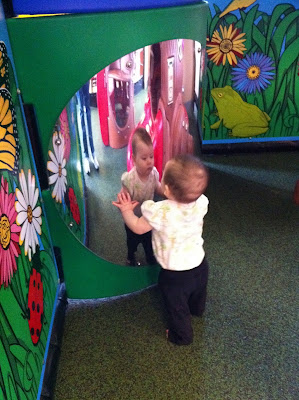 Even Teresa had fun crawling around a bit and admiring herself in the mirror. 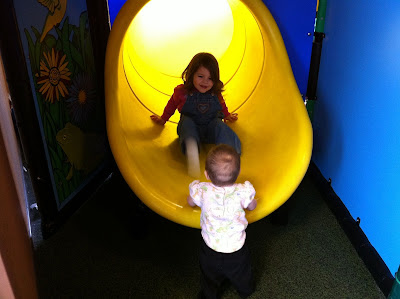 The only time things got a little out of hand was after the playground. Cecilia and Felicity both said they had to go to the bathroom. So all of us occupied the handicap stall whereupon I changed 2 diapers, wiped 4 behinds and cleaned the potty seat 3 times. Yes, by the time we left, there was a line but we paraded out knowing that to the extent we had kept anyone waiting, it was by a reasonable amount of time if you divided our time there by the number of people. :)
Posted by Katherine at 8:29 PM