1. Well, Teresa had another first. She began clapping last Tuesday. It is so cute too. Every time she gets excited she claps. It is like watching joy incarnate.

2. Two weeks ago we made our Holy Name of Jesus prayer cards. I laminated them so I wouldn't have to worry about Teresa eating them. 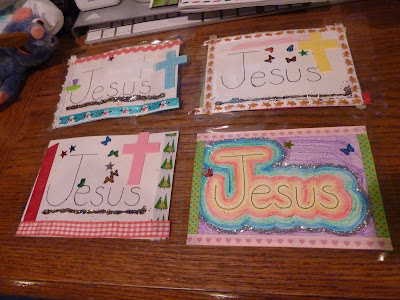 3. At Target, Cecilia, Felicity and Elizabeth became quite the attraction when they had ALL the Rock 'n Roll Elmos playing at once. I let them go to town playing with them at the store since I refuse to get one. :) 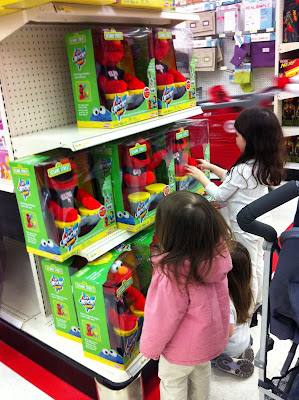 4. The week before Christmas, the girls were in our co-op's Nativity Pageant. Cecilia was an innkeeper and an angel. Felicity and Elizabeth were both sheep. I have video but no pictures yet. Hopefully I'll figure out how to steal a photo from the video or get my mom's pictures but here are the sheep at rehearsal. So cute! 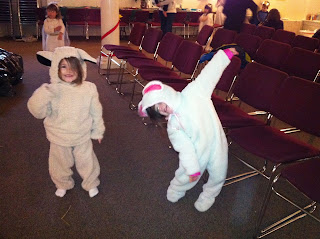 5. Teresa is getting so big so fast. She still has her 5 additional teeth working their way out but her clapping and first steps are not the only signs she is getting older. She has a whopper of an appetite when it comes to solid foods. Seriously, she puts my other kids to shame. Of course, she only gets so much in her mouth and wears the rest, but she'll down a whole bowl of pasta if I help her. 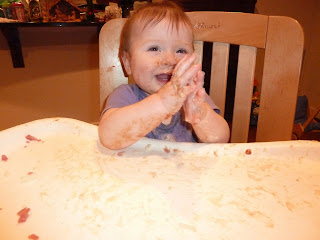 6. It is so weird hearing everyone preparing for or wishing others a happy New Year. January 1 is our wedding day. I keep forgetting it is New Years too. LOL

7. But since most people aren't celebrating an anniversary this Sunday, I want to wish everyone a most joyous Solemnity of Mary, Mother of God and a very Blessed New Year!!!