A Tale of Two Chairs

About 2 years ago, our local Ace store had a sale on adirondack chairs. The catch was they were not stained, sealed or assembled. But still, they can run over $100 or more per chair. I got two and stain and polyurethane for less than $75. It just became a matter of staining it, sealing it and putting it together. No problem. And my mom even bought me two foot rests to go with the chairs. I just needed to stain, seal and assemble!

But, there was never a good time. And it, and a few other things, have been on my personal projects to-do list for a while now.

But I had three weeks over Christmas when we were not doing any school so I really, Really, REALLY wanted to get something done on my projects list. 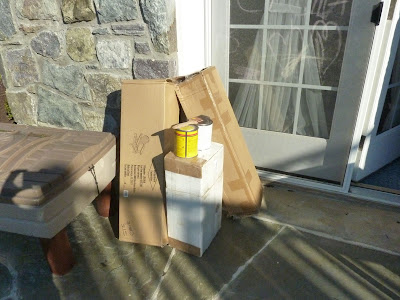 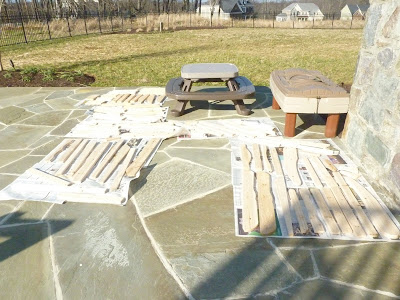 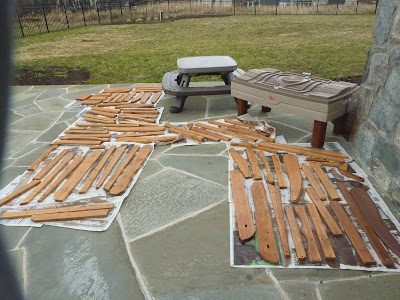 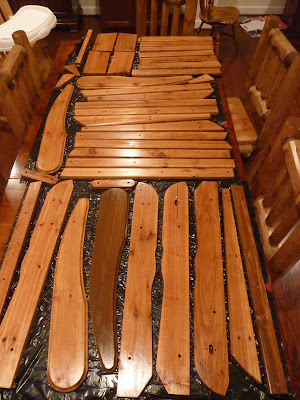 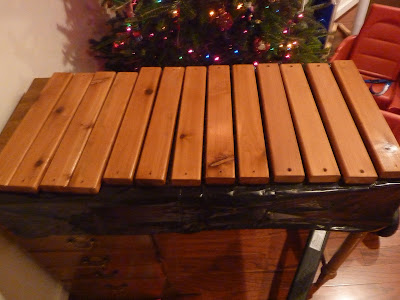 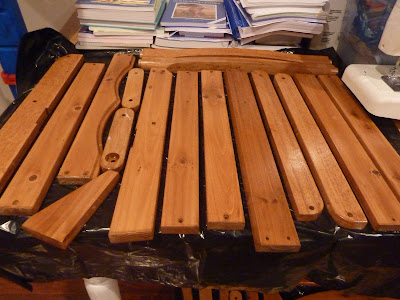 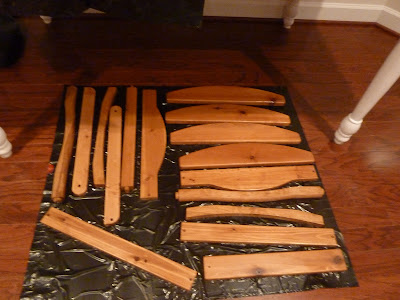 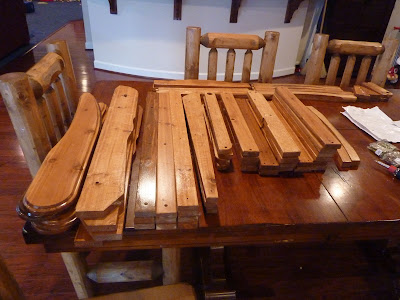 We had such a mild New Year's Eve, I took the day to get done the staining and sealing. 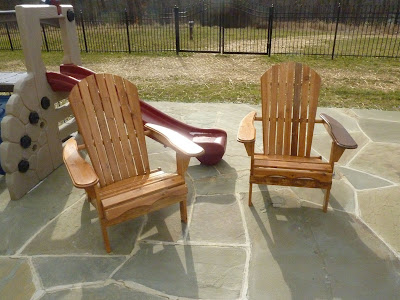 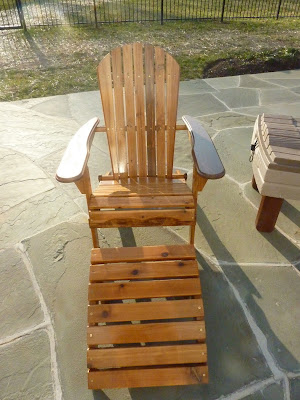 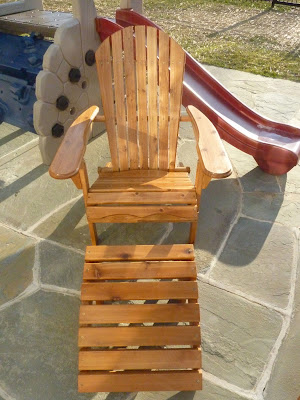 After about a day and a half (total) of work... 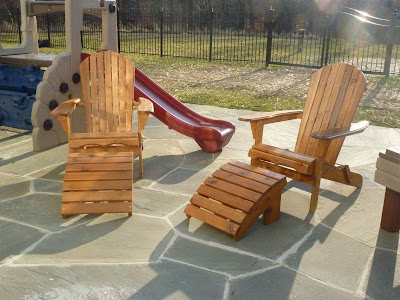