After leaving the Air and Space Museum, we walked across The Mall to the Smithsonian Museum of American History.

I was both disappointed that so much of it was under renovation (especially with regards to the Julia Childs kitchen) but I was also quite relieved because, frankly, I thought, overall, the museum could benefit from some improvement.

There was an entire section which covered, one at a time, every war in American History. I thought it would have been better to take a whole floor and really go into each war. These were more abbreviated that I would like but, I did take advantage of that fact as I had two little girls with me who I didn't want to see much of it at the moment anyway. 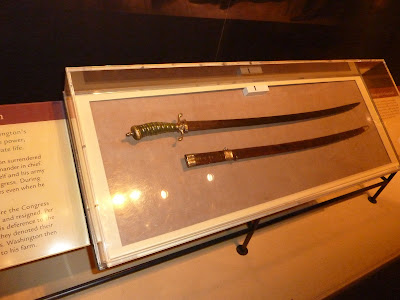 They did have a few very neat exhibits though. Above you see the sword of General George Washington! 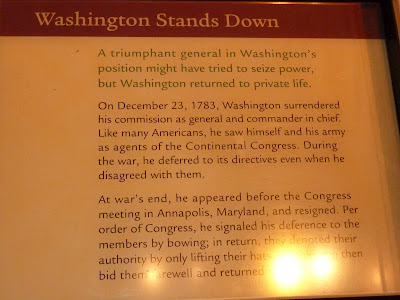 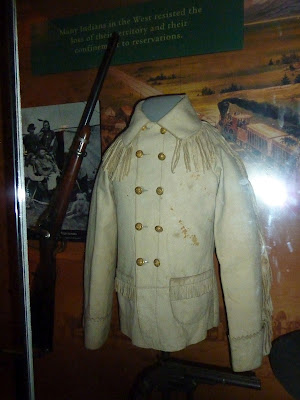 Above you see the buckskin jacket of George Custer. 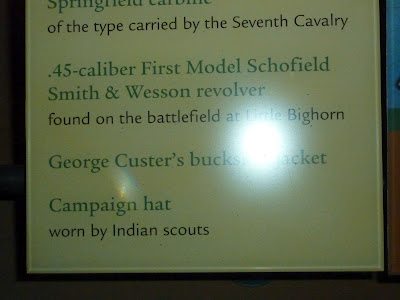 I didn't get a picture, but they also had the hat Abraham Lincoln wore when he was shot. 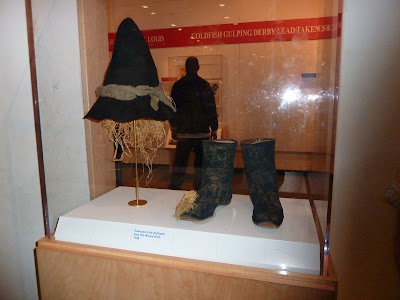 They had a couple of sections on American Stories and culture. These had the scarecrow's hat and shoes and Dorothy's shoes from The Wizard of Oz. 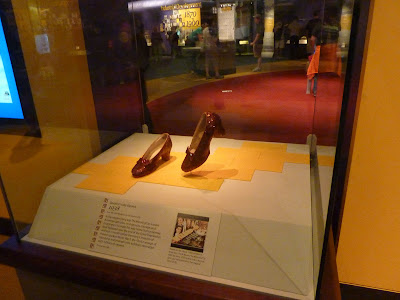 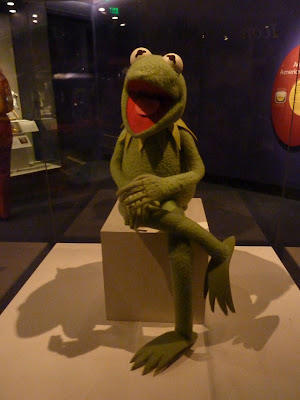 There was a real Kermit the Frog puppet. 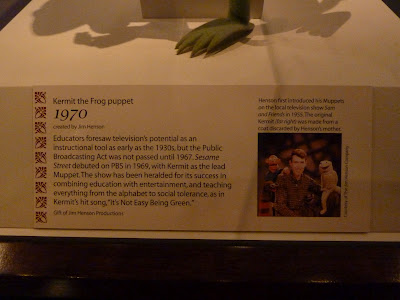 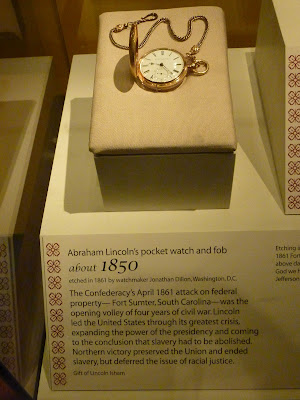 I'm not sure why it was in American Stories, but here is also Abraham Lincoln's pocket watch. I'm a bit of a Lincoln fan. 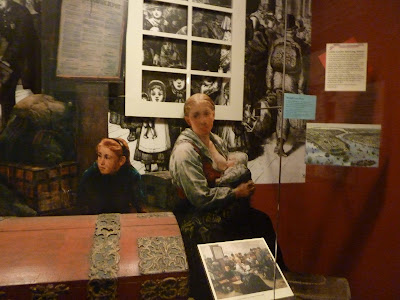 There was also a small section on immigration and merging communities of various ethnic background. Ever the mom, I couldn't help but notice this scene of the breastfeeding mother. I thought a few moms on the blogosphere might appreciate it.

One last highlight of the museum (and of which I have no pictures as they were not permitted), but they do have the original Stars and Stripes that inspired Francis Scott Key to write our National Anthem. It is HUGE, worn and absolutely beautiful.

There are gems, like Lincoln's hat and watch, Stars and Stripes and Washington's sword that make the museum worth a visit, but there is also a great deal of room (literally!) for improvement but I believe they are working on that through the summer.
Posted by Katherine at 10:49 AM