A week ago last Friday, we went in to see a few monuments. 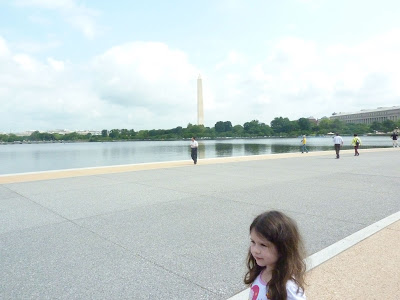 We began at the Jefferson Memorial. 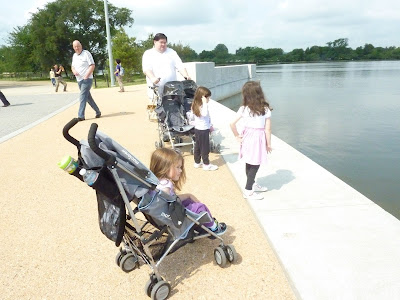 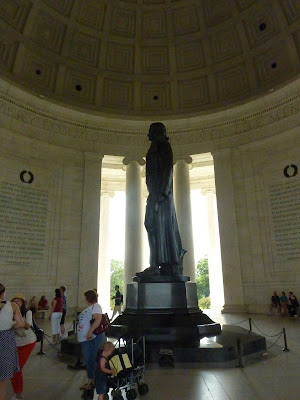 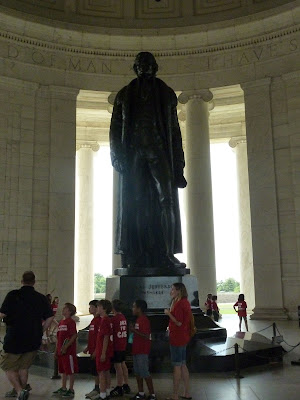 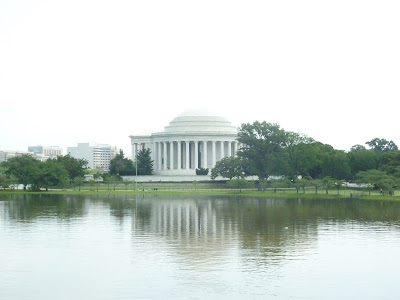 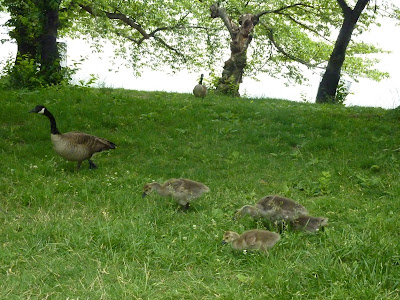 The girls spotted several families of Canadian Geese. They were so cute too. 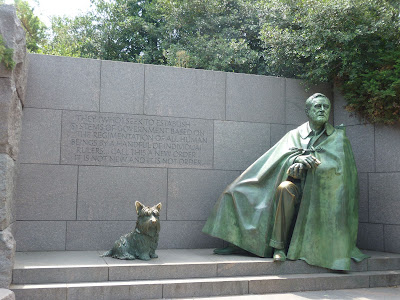 We walked through the FDR Memorial. It is a bit of a bazaar memorial consisting of big stones and linear waterfalls with a few bronze sculptures like this one. 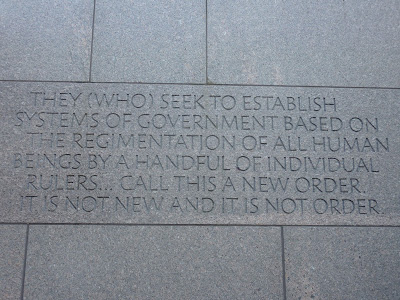 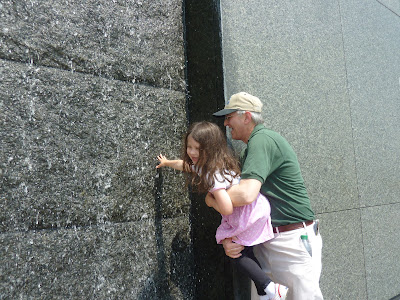 We walked to the new Martin Luther King Jr. Memorial. Cecilia loved putting her hands in the waterfalls there. 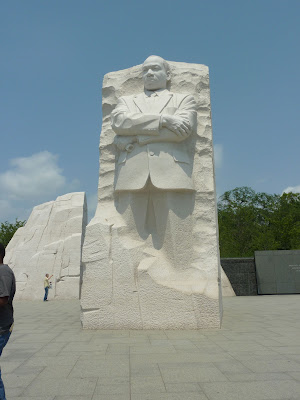 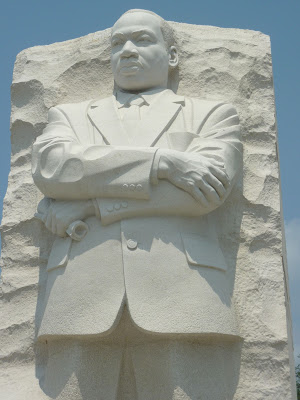 Afterwards we went to lunch at Georgia Brown's and then headed home. It was nice to see a few things but only spend half the day out. And it was nice to see the new memorial even if I think they could have done him a bit better justice.