1. Well, we completed our first week of 2nd grade. It went very well. We also had our first home atrium. Overall it went very well. I just need to get a tray or something to hold the candle and figure out the best way to get wax off a hardwood floor :) Although it is amusing Teresa to scratch bits up. 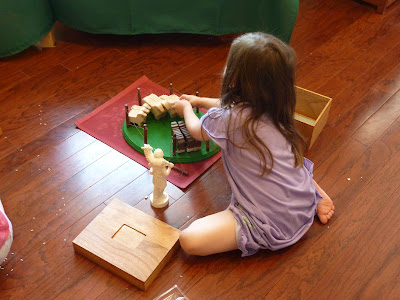 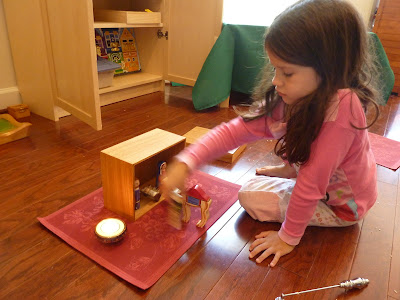 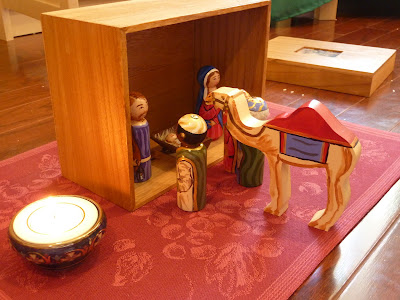 2. James left on Wednesday for a conference in South Bend. We are on day 3 without daddy. I really don't know how single moms and military moms do it. I've been so busy with 4 little ones, I've forgotten to eat. Twice. And I'm pregnant! My hat goes off to single moms and military moms and moms whose other half is away. There is definitely a reason God designs the family to have a mom and a dad ... it is the best way to keep both parents happy and sane!

3. Speaking of sanity, yesterday was the first time in a long time I've actually felt burnt out. I've been trying to do a lot, and for good reason, but it has become too much. So today we are taking it easy... a nice lazy day (or at least as lazy as 4 little ones will permit :) ).

4. We didn't eat at Chick Fil-A on Wednesday. It was the first day without daddy and I had a lot I wanted to get done. But we did pick up lunch from them on Tuesday and I got extra wraps that I did eat on Wednesday. Maybe that counts? This whole boycott over something that wasn't even said is so silly but it really makes me wonder to what extent the gay movement has gone way beyond demanding tolerance and simply wants to force everyone to agree with them. Here's the thing though: Suppose, just suppose for a moment there was a national law recognizing "gay marriage" - it wouldn't change the minds of those who still disagree with it. It would simply divide people further. I'm not saying "gay marriage" is the same as abortion, but consider how pro-abortionists and pro-lifers interact now.... protests, signs, cross-country walks and bus tours, lobbying, etc. Making abortion a national law didn't change anyone's mind. It didn't "settle" anything. Even a national law would not "settle" anything or make people change their minds. Gays might win their legal "rights" but it would only divide the country further and the battle would continue. And states where "gay marriage"has become legal has lead to gay couples suing those who still disagree with them. Is that the goal? To simply drive those who disagree with them out of business? out of existence? So just what is the purpose of this Chick Fil-A boycott? All it says is that they don't want anyone disagreeing with them and they'll do their darnedest to take you down if you do.

5. I actually don't boycott much of anything. I mean, I know there are companies and stores that do sponsor or donate to organizations I object to. So I might try to see if an alternative is just as convenient. For example, if I'm avoiding Home Depot and Lowes is just as close, I might just make it a preference to shop at Lowes, but it doesn't mean if there was no Lowes I'd drive 2 states to get to one or insist others only shop there. (I also just happen to like Lowes better as a store, but the same analogy could apply anywhere.) I mean, it is one thing to say, "Chick Fil-A and McDonalds are next to each other and I'm not fond of how Chick Fil-A spends its money so I'm going to get McDonalds." That is an American exercising his/her right. It is quite another to then make the illogical leap that everyone who eats at Chick Fil-A disagrees with you or hates you and simply to eat there is to be against you. And it is un-American altogether to then try to make it illegal for Chick Fil-A to even do business just because you disagree with their owner. Every American has the choice to eat there or not. You can't take away that choice, even in the name of "tolerance" or "equality." It is anything but. Sorry, I'm preaching again. It has been a long week.

6. I will add though, the only exception to #5 is abortion simply because that money is blood money; it is money that goes towards the murdering of innocent lives - mothers as well as babies. But there aren't many instances where my money would directly go towards that. For the most part I assume my phone bill goes towards paying for my phone usage, etc.

7. My kids absolutely love a relatively new cartoon on Disney. It is called Doc McStuffins and it is absolutely adorable. A little girl pretends to be a doctor and "treats" broken toys. They get quite creative with it too. For example, there is a soccer ball that has deflated but he is scared of needles, so they have to help him so he can be re-inflated. It is really cute. It has Elizabeth singing the praises of doctors and now Felicity wants a doctor's kit. Okay.... well, Doc McStuffins is coming on.... So I'm going to grab my shower!

More Quick Takes at Jen's.
Posted by Katherine at 9:26 AM