Yeah! I made it 6 1/2 years and to my 4th child before needing to call the Poison Control Center!

Fortunately, Teresa is fine. Elizabeth had left a Body Works foam hand soap dispenser on the edge of the bathroom counter. So of course Teresa went up to it, put her mouth on the end of the pump and pushed down! So easy a 1 year old can do it! This was where I heard her coughing and gagging and realized what was going on. But instead of doing the usual kid eww-this-is-gross-tongue-hanging-out thing, she thought her breath could benefit from the apple-pine scent and swallowed it.

Of course the label said if swallowed to seek medical help or contact poison control immediately. So when I did I was a little confused when all a very nice man named Eric told me to was brush her teeth, gums and tongue and give her something to drink or some candy. (CANDY? As in reward this fiasco?!? I don't think so!) I guess the concern would have been if she went happy hour on the stuff.

Unfortunately though, by the time she was done drinking, she got the hiccups and couldn't go to sleep. So the lesson is to not let your three year old wash her hands unsupervised and not to let your toddler eat soap because then they will be up until nine o'clock.

Teresa has been getting into quite a bit of trouble. I can't keep her off anything. 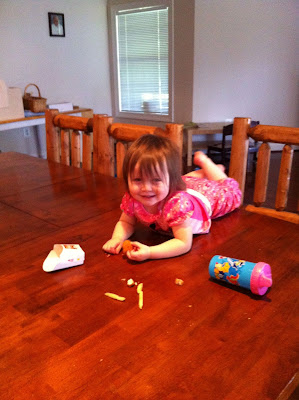 The kitchen table is a continuous problem, particularly during school when Teresa likes to join in by grabbing a pencil or crayons and using them on Cecilia's school books. 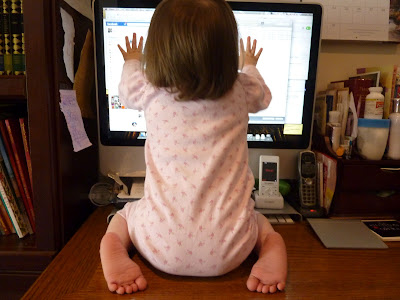 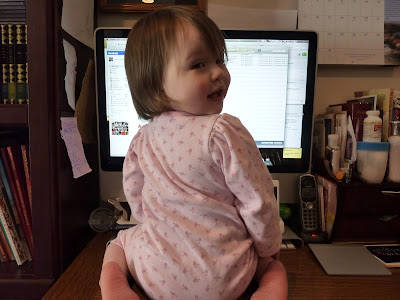 But she's so cute, it is impossible to get too mad at her.

Last year we had a mouse, 2 frogs and 3 toads fall into the fire escape outside James' home office window. So far this year we've had three toads and an adorable baby bunny. While we usually leave the amphibians there to eat the bugs that fall down, we couldn't not rescue the cute wittle bunny. 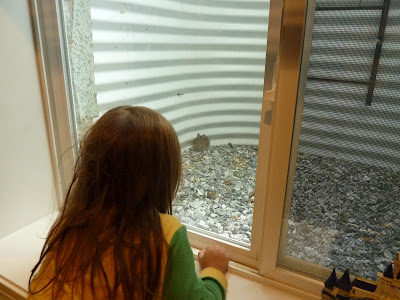 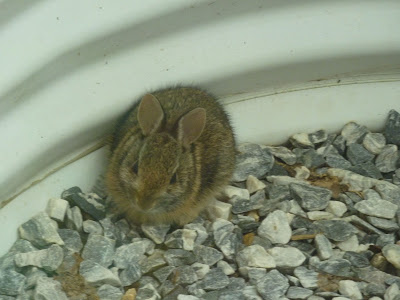 Grandpa rescued the little guy. He is now among the other bunnies eating every plant on the property.... including my lilies.

None of my children cooperate with the sonographer when I'm pregnant. It is genetic and foretold and none have failed yet. Even this time around, getting the sonogram done at the hospital, they couldn't get all the measurements and images they wanted and I had to go back a second time.

We are intentionally not finding out the gender, but everything looks good. 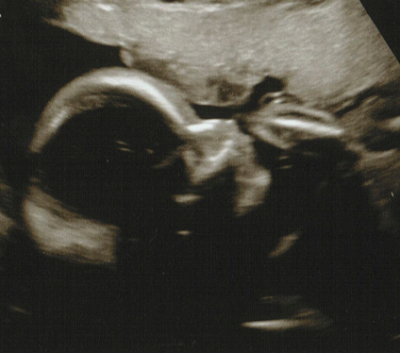 Cecilia and Felicity have joined the American Heritage Girls. Cecilia is a Tenderheart (she loves being named after a Care Bear) and Felicity is a Pathfinder. Both girls are extremely excited. The first activity is a Service Project tomorrow cleaning up the property of our parish. AHG is completely new to me so I'm still learning the structure, rules, etc. So far though I love them.

I grew up with Girl Scouts but have been extremely wary of them given their more recent allowances with regards to the oath and promise as well as some troops' affiliations with Planned Parenthood. So I'm really happy to have found a similar program for my girls but which is designed around Christian principles and, in our case, since it is sponsored by our parish, even has a Catholic bend to it. The troop number is even from a Scripture passage assigned to the troop. Nice, huh?

Despite some difficulty and discouragement from our parish DRE, we met with our pastor who said he thought it was perfectly reasonable for us to want her to begin sacramental prep this fall before she turns 7 in January. So I am thrilled that Cecilia will be preparing for and receiving next Spring her First Reconciliation and First Holy Communion. She is so excited but she is worried about the confessional... she said she doesn't want to go alone. Anyone have any tips on that one? I'm hoping she'll just get more comfortable with it and adjust, but I know Cecilia, and I think it will take more than just her "getting over it."

I've been on a bit of a cleaning/organizing/arranging/fixing binge. I figure go for it while I have the energy right? I just know come November/December, it will be gone. Needless to say most of my spare time has been cleaning and organizing the kitchen, our bedroom, the playroom, and various other smaller areas. My to-do list seems to grow as fast as I can take items off it. But better now than later.

More Quick Takes at Camp Patton as Jen's Conversion Diary has been highjacked by cameras!
Posted by Katherine at 6:55 PM