A couple weeks ago, I felt like watching Rogers and Hammerstein's State Fair. Watching it, the girls got curious about State Fairs and wondered what they were and if they could go to one.

Conveniently enough, the Maryland State Fair had just started. So we made a little trip... 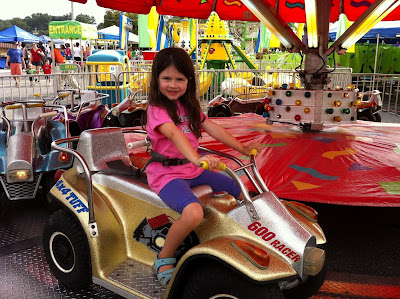 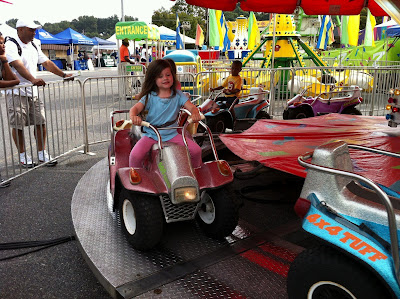 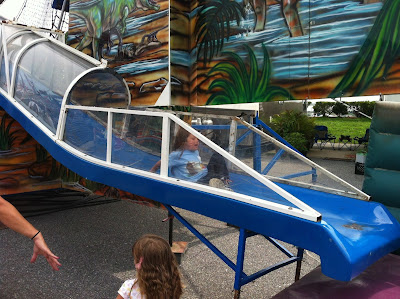 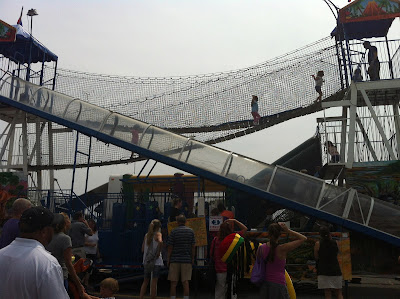 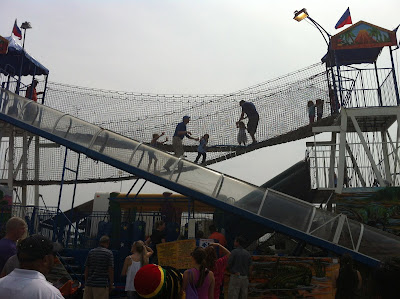 Can you tell which attraction was the favorite? 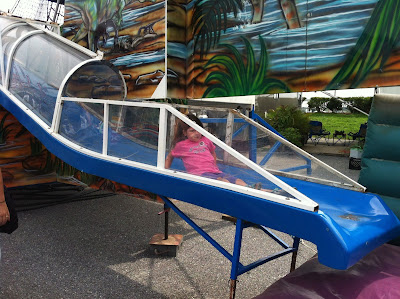 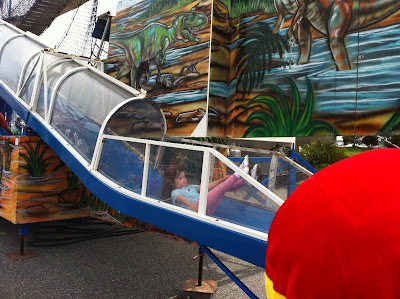 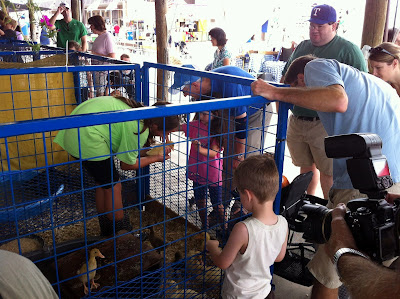 They got to see the baby cows, pigs, horses, alpacas, a donkey, bunnies and ducklings. 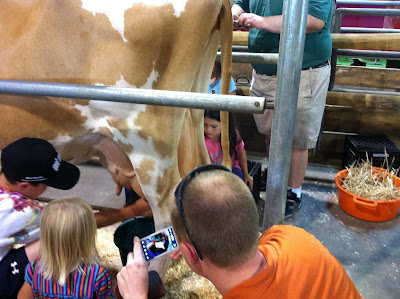 Cecilia and Felicity both got to milk a cow - so cool! 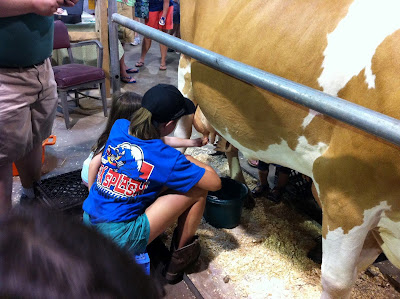 Afterwards they gave them each cartons of milk or chocolate milk. Of course my girls picked the chocolate milk. I informed them it did not come that way from the cow. :) 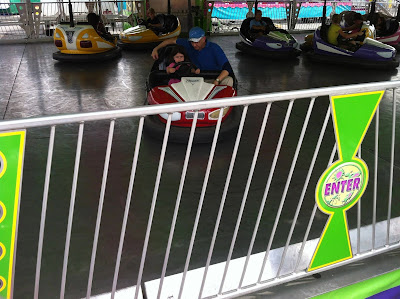 Felicity was very disappointed she was too short to ride the bumper cars but Cecilia enjoyed them. 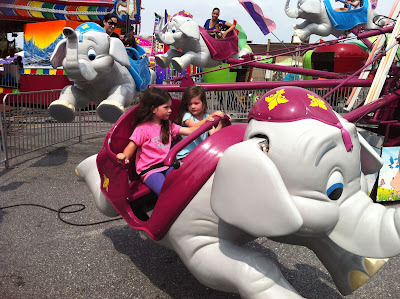 Cecilia would have killed that elephant if it even got the notion of going up. Felicity likes to go up... guess which one is our dare devil? 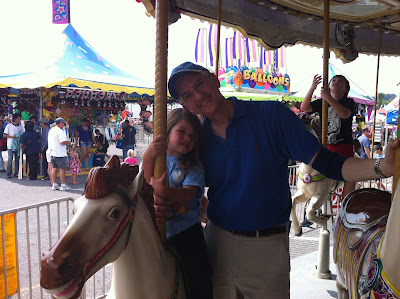 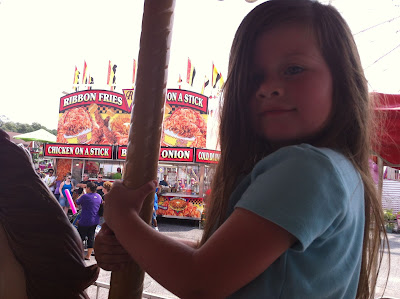 Unfortunately, it was extremely hot, so after some BBQ, chicken, fries, cotton candy, popcorn, icee, and chips, we headed home before this pregnant woman lost it. :) Not a bad state fair. The girls got to see the animals - some super up close and personal, ride the rides, eat the food and each one won a water gun game to get a stuffed animal (Well, I helped Elizabeth win, then Cecilia beat Felicity, and then I helped Felicity beat Grandpa but they didn't care much how they got the prize ;) ).

I do think the Texas State Fair is better but it wouldn't hurt the Maryland one to hold it a little later, like late September, instead of labor day to help kick some of the heat.

Posted by Katherine at 4:15 PM