I'm not on Pinterest. It looks like a fun site but I heard from so many women how they jumped on it and emerged hours later wondering where the time had gone and I already have trouble with that with Facebook, so I figured I'd just avoid temptation altogether.

However, occasionally neat Pinterest posts and ideas reach me through Facebook or other blogs. I don't have a whole lot of time to do most of them but one came across my Facebook page I thought was rather neat. It was this one... 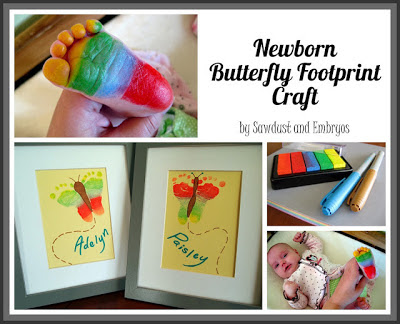 I shared it on Facebook and chatted with a friend about how nice it looks for first time moms or moms of only a couple of kids. Since I have five, these things you do for each child are a bit harder to jump aboard.

However, I was trying to think of something we could do focused on the girls as a Mother's Day/Cheer Up present for my grandmother and this seemed like a pretty and neat idea. So we gave it a whirl! They didn't come out perfectly but they came out pretty well I think. 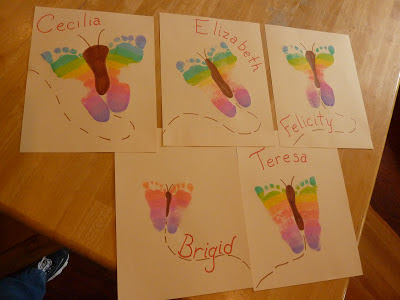 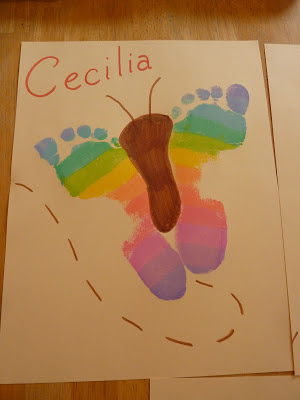 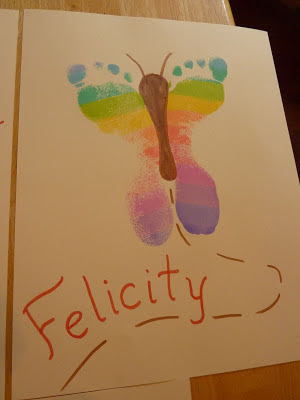 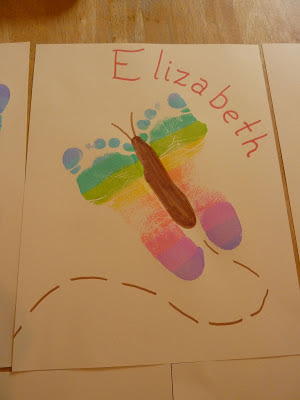 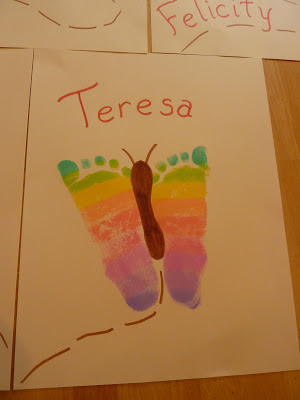 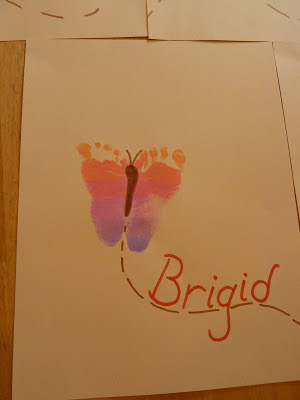 Both of my grandparents really liked them. If I did it again, I would buy a wider rainbow inpad. one I got was plenty long with nice colors but it was a bit narrow so fitting the bigger feet on it was a little challenging. I would also try to do the baby while she is sleeping... the curling of the toes is just hard to avoid playing with a baby's feet while she is awake. Dorian Speed over at Scruitines.net has a series going of sharing Pinterest projects you've tried. Her theme this week is Adventures. Since everything with kids is an adventure, I'm linking up. So if you want to see more Pinterest projects tried at home, you should check her out. :)