Today is my blog's 8th anniversary. Or, at least, I've been blogging 8 years today.

I began with one blog to keep family and friends who weren't nearby up to date on our growing family and the kids. Then, about 9 months later, I started a second one for personal reflection and thoughts. It got silly trying to keep up two so, 2 years later, I wanted to combine them, but Blogger wouldn't let me, so I switched to wordpress combining the two old blogs into one new one.

Except I am Wordpress illiterate. So a little over 2 years later, my blog moved for the last time here.

To put it in perspective, and make me feel old, I began blogging about 3 weeks before the child currently pictured here: 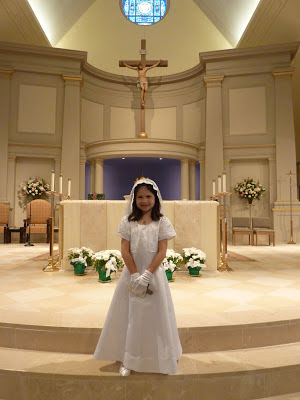 was the size pictured here: 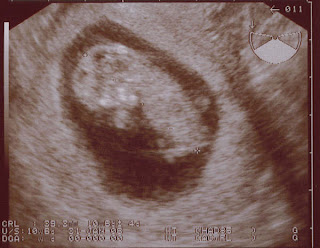 It is also the Feast of St Aloysius Gonzaga

Born to the Italian nobility who grew up in a castle, the son of Ferdinand Gonzaga, a prince in the Holy Roman Emperor and a compulsive gambler. Cousin of Saint Rudolph Acquaviva. Trained from age four as a soldierand courtier. Served as a page in the Spanish court. He suffered from kidney disease, which he considered a blessing as it left him bed-ridden with time for prayer. While still a boy himself, he taught catechismto poor boys. He received his First Communion from Saint Charles Borromeo. At age 18, Aloysius signed away his legal claim to his family’s lands and title to his brother, and became a Jesuitnovice. Spiritual student of Saint Robert Bellarmine. Tended plague victims in Rome, Italy in the outbreak of 1591 during which he caught the disease that killed him at age 23.

St. Aloysius is the patron against sore eyes and of AIDS care-givers, AIDS patients, Catholic youth, Jesuit students, relief from pestilence (does this include nagging kids?), teenage children (I guess so - lol), and young people.

There is no more evident sign that anyone is a saint and of the number of the elect, than to see him leading a good life and at the same time a prey to desolation, suffering, and trials. - Saint Aloysius Gonzaga

6.
On June 21, 1788 - The U.S. Constitution went into effect when New Hampshire became the ninth state to ratify it, thereby making it the law of the land.

Today is the first day of Summer.

May your skies be blue, your strawberries red and your skin unburned.

Since I began blogging with, about and because of a baby, it seems only fitting to celebrate with one. So, here is baby #5, 5 months and 12 days old:

More Quick Takes at Jen's Conversion Diary
Posted by Katherine at 10:28 AM