Pray to Mary to End Abortion

Laying in bed just before I go to sleep is my favorite time to pray. It is the quietest most peaceful part of my day.

I was in an unusually happy mood going to bed last night, so I prayed asking Jesus to dance with me. But no matter how much I tried, Jesus didn't seem to want to dance. He seemed somber. Or at least that was the impression my spirit got. So I asked what Jesus wanted to do (or say), kindof the way I ask my kids what they want to do when they outright reject my suggestion. He told me He wanted me to pray with Him. So I imagined us both kneeling, but I'd no idea what I was supposed to be praying about. Absolutely, there were a gazillion things I could be praying about, but I didn't know what He wanted me to pray about. So I asked Him.

He didn't answer me, but my mind kept going back to all the pictures, all the posts, all the articles about the battle being waged in Texas. Texas is trying to pass a law to restrict the gestational age at which abortions can be legally performed and require abortion facilities to be medically qualified for such a "procedure" for the sake of the women who would go there. Pro-abortionists are protesting the bill while pro-lifers are supporting the bill. And, though I am not able to be there, I have friends who are and there are occasions where it has gotten ugly. I've seen photos of girls the age of my daughter holding signs that read, "If I wanted government in my womb, I'd F*** a senator." To protest pro-lifers singing Amazing Grace, some pro-abortionists chanted, "Hail, Satan." Pro-abortionists in orange shirts protest and pro-lifers in blue shirts protest.

As I was thinking about what is happening in Texas, I felt a bit dizzy and, the best way I can describe it, I felt like I was in a rapidly flowing river. It just seemed to appear from the darkness, pick me up and swiftly pull me away. Jesus disappeared from my mind and I was just swirling left and right. My breathing really became more rapid and my heartbeat really increased in pace. I felt dizzy and it seemed the river only got faster. Sometimes it seemed like it was a river of blood rather than water. Then, suddenly, the river ran off a cliff and fell, a waterfall plummeting into darkness below. I was very confused, a little panicked, and called to Christ to save me.

He pulled me from the falls but I couldn't hear Him say anything to me. I was confused. I figured the river was abortion, the blood of so many lives, running so swiftly, carrying away so many, many to death but many more to hell. But I was confused and a bit scared. I've never had an abortion. I've never supported abortion. I have prayed to end abortion. I've voted only for politicians opposed to abortion. I've marched in the March for Life in D.C. once and stood in a Life Chain once and prayed outside an abortion clinic a couple of times. I do find myself a bit limited how much I can do though being a homeschooling mother to five young children. This ran through my head, but Jesus remained silent.

I broke down a bit more and prayed. Of course I wanted an end to abortion, but what can I do? Of course I want women to stop hurting and babies to stop dying and the blood to stop flowing. I've seen pictures of tiny hands and feet ripped from their bodies and women crying in pain and I've seen the wide, toothless grin of my babies and wondered how anyone could hurt such precious, innocent, helpless little angels. But I have a 7 year old, a 5 year old, a 4 year old, a very troublesome 2 year old and a nursing 6 month old. I don't want to expose them to the images I've seen. I homeschool and already get to the end of the day wondering where the day went. My representatives don't listen to me. Most people don't listen to me. What on earth can I do?

Then it was not like a river carrying me away, but like a huge wave crashing into me. It hit me. And I heard it in my mind. "Pray to Mary." My adrenalin shot up and my hands actually began shaking. "Pray to Mary." And it hit me, that is something I can do. And I remembered, just before I had laid down in bed, someone had posted the second day to the novena of Our Lady of Mt. Carmel on Facebook. I had actually half-heartedly prayed Day 1 the night before but basically told God if He wanted me to say the whole novena, He'd have to remind me. (I forget things so easily with 5 little kids.) So I grabbed my phone and pulled up the novena. It began with a reading from Luke. "For behold, when the voice of your greeting came to my ears, the babe in my womb leaped for joy." And it clicked. Call on Mary, and the unborn babies will leap for joy. Call on Mary, and we can end abortion. Call on Mary to touch the hearts of mothers. Call on Mary to protect children. Call on Mary.

Last week my husband and I had rented a DVD on Fatima. At Fatima, Mary promised that her Immaculate Heart would triumph. I couldn't again help but connect Mary as the one through whose intercession abortion would end.

I really think Catholics need to call particularly on Mary for an end to abortion and I think Our Lady of the Visitation should be the patroness of the cause to end abortion.

Last winter we began praying a family rosary each day. We kept it up for a few months but sometime in the Spring we fell off the wagon. We jumped back on today. Please join us in praying daily to Mary to end abortion. Every human being deserves the chance to live. 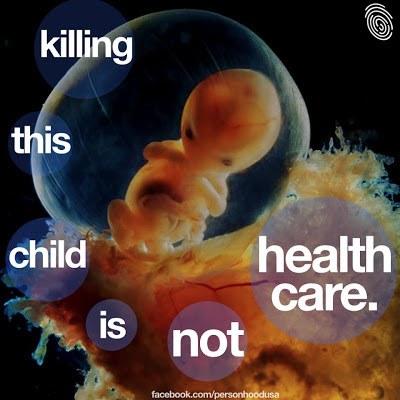 Posted by Katherine at 9:22 PM