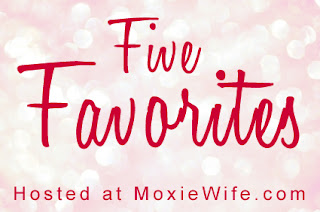 Hallie Lord over at Moxie Wife has been hosting a link-up called Five Favorites. I've been wanting to give it a whirl but I was never sure what favorites I'd put up. I finally decided I just need to do it and see how it goes. The premise is just an opportunity to share five of your favorite things. They can be anything from detergents to songs to moments to shoes to... well, you get the idea.

Now, August is my least favorite month of the year but to try to put the best face on it, I thought 5 favorites about August would be a good start.

We started school this week. I love the start of the school year (and the finish... it is the middle that is tricksy). So I am loving the clean new books, the freshly sharpened pencils, the uneaten erasers and the energy of my girls geared up for the new school year.

We began our school year on Monday, the Feast of Our Lady of the Snows. So, to celebrate the feast and kick off the school year right, we got one of my favorite summer treats. Snowballs! 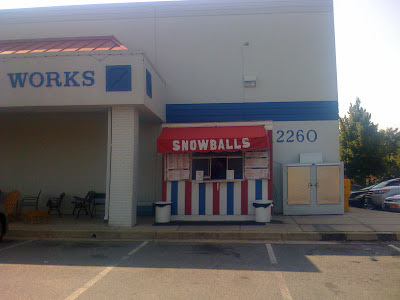 They do dozens of flavors and offer mix-ins like Nerds, marshmallow, caramel and even peanut butter.

Personally I have a hard time choosing between Cherry and Blue Raspberry, but, happily for me, they do blends, so I always get a half cherry and half blue raspberry for a brilliantly beautiful red, blue and purple snow cone that is absolutely delicious. I'm hoping to get one more before they close for the year. 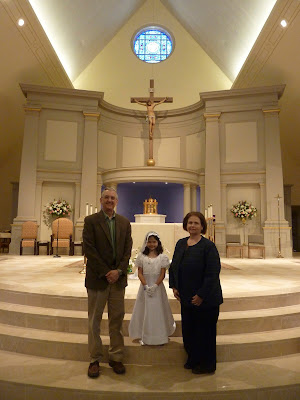 My parents with Cecilia at her First Holy Communion. 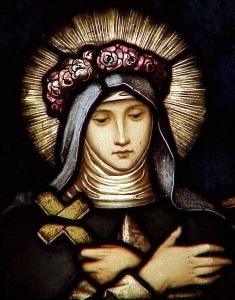 Feast Days. In addition to the wonderful excuse for snowballs, there is the beautiful celebration of the Assumption on the 15th and my patron saint's feast day, St. Rose de Lima, on the 23rd. The opportunities to party and celebrate just keep mounting, don't they? (You'd think I'd like August more. Actually it is the heat I don't care for. July runs a close second for most disliked month for the same reason.)

I actually don't know if this one is a favorite yet, but as I'm really excited and looking forward to it, I will include it. One thing I've never done but always wanted to do was watch a meteor shower. The Perseid Meteor Shower is in August and I'm going to try to see it. I'm even tempted to see if Cecilia or Felicity want to get up and see it.

August 10-13, 2013 before dawn, the Perseids
The Perseid meteor shower is perhaps the most beloved meteor shower of the year for the Northern Hemisphere. The shower builds gradually to a peak, often produces 50 to 100 meteors per hour in a dark sky at the peak, and, for us in the Northern Hemisphere, this shower comes when the weather is warm. The Perseids tend to strengthen in number as late night deepens into midnight, and typically produce the most meteors in the wee hours before dawn. They radiate from a point in the constellation Perseus the Hero, but, as with all meteor shower radiant points, you don’t need to know Perseus to watch the shower; instead, the meteors appear in all parts of the sky. They are typically fast and bright meteors. They frequently leave persistent trains. Every year, you can look for the Perseids around August 10-13. They combine with the Delta Aquarid shower (above) to produce the year’s most dazzling display of shooting stars. In 2013, the Perseid meteors will streak across the short summer nights – August 10-13 – from late night until dawn, with little to no interference from the waxing crescent moon. Plus the moon will be near the planet Saturn in the evening hours, giving a colorful prelude to late-night Perseid show. Best mornings to look: August 11, 12 and 13.

Much thanks to Hallie for hosting this neat series!