She never stops making me laugh. She is the stuff comics and children's books are made of because she is such a character.

It would be selfish of me not to share. 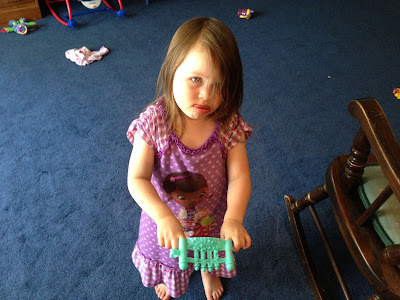 We have a couple of sets of Fisher Price's Little People. We've had this piece, a fence, since Cecilia was a toddler. But it took Teresa to discover how it could be used as a finger trap. Must have something to do with being made in China. 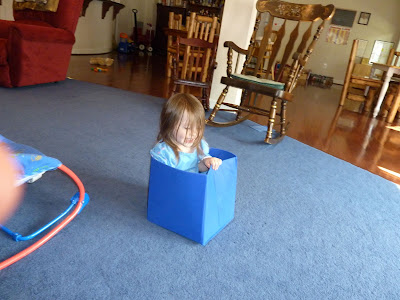 I bought these canvas bins to holds each girls' coloring books. It was a way to organize and sort them while keeping Teresa from coloring books that weren't hers. 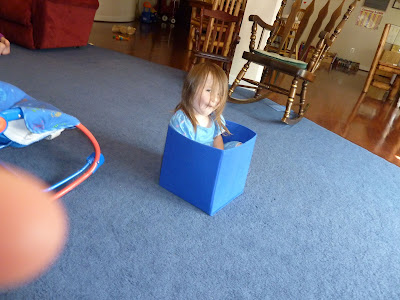 Of course, Teresa isn't fond of leaving her bin of coloring books on the shelf. Not when it can be used as a Teresa carrier!

I discovered this video on my phone. Cecilia filmed it. Mostly it is of Teresa dancing. So, for anyone who asked how I do school with 5 kids... you can hear Brigid waking up from her nap on the monitor in the background, I gave Cecilia a break which she obviously took to practice her cinematography, while Elizabeth and Teresa danced and I did some work with Felicity.