I found through another blogger this video. It is a scripted series about a Catholic priest put on by Catholics. In fact many of those who make it are of the Quigley Family, from whom I purchase my Catholic planners. If you need a break and would like a chuckle, enjoy:

We had our first American Heritage Girl meeting of the year. It included a Sundae Sunday to kick the year off right as well as lure interest those not yet in the troop. James had to be somewhere for work, so I took all 5 girls. While Cecilia and Felicity were with their troop, I let Brigid crawl around the gym floor while Teresa and Elizabeth played with some other little ones there. When the girls came back though, they weren't about to rejoin me. Oh no. 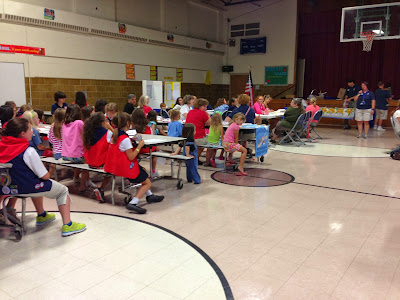 Teresa crawled under tables and moved around but ultimately stayed with her Tenderheart sisters. By then though she had lost a shoe and refused to put it back on. So she hobbled around the gym in her overalls with only one shoe. 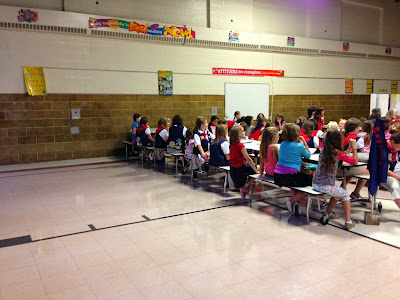 But Elizabeth didn't sit with her sisters. She moved up to the Explorers! She wants so much to join but isn't old enough yet. (She is in pink sitting about 2/3 down the bench... shorter than the 5th graders :) )

For an AHG badge, the girls wanted to make centerpieces for our table. So they went outside and picked some flowers. 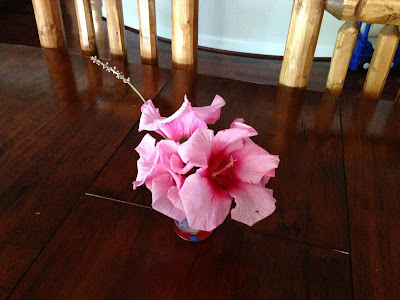 Felicity, ever my pink girl, picked some pink hibiscus 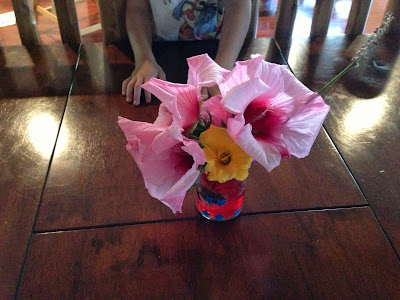 and one yellow one I don't know the name of. 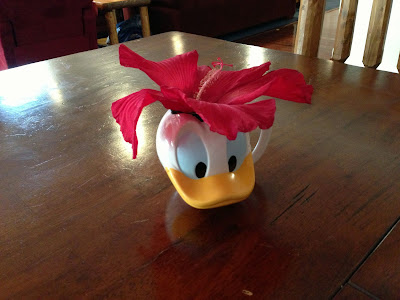 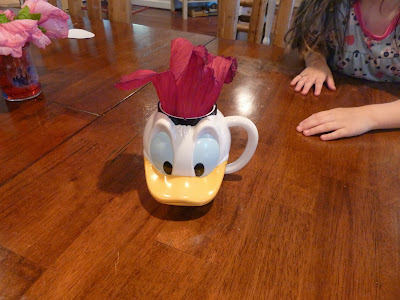 Teresa got ahold of my phone again. It is always interesting the pictures I find. 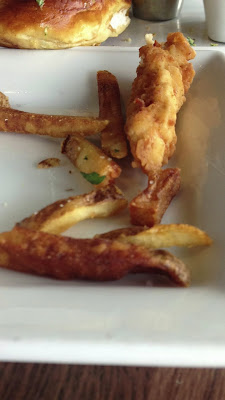 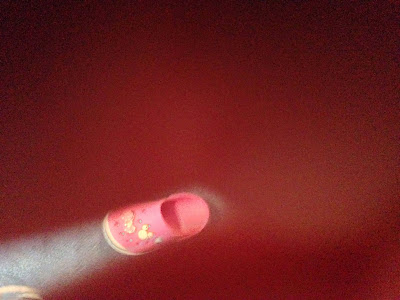 I love how she used her fingers to focus on the croc.

My parents have some butterfly bushes in their yard that are usually full of butterflies. But a couple of weeks ago we found, not dead butterflies, but just the wings. 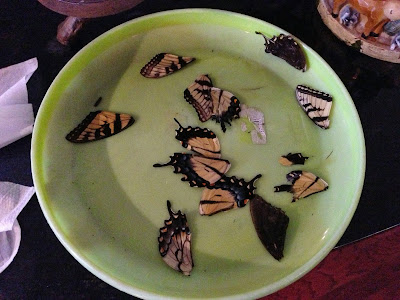 We have no idea what happened to the butterflies. Has anyone else ever seen anything like this? Pesticide? Bird? Something else? 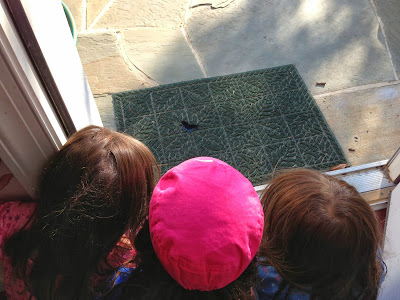 Fortunately we have still seen a few around. Not so many though. And mainly these very dark ones with beautiful blue on their wings. The yellow swallowtails seem to be mostly missing though. 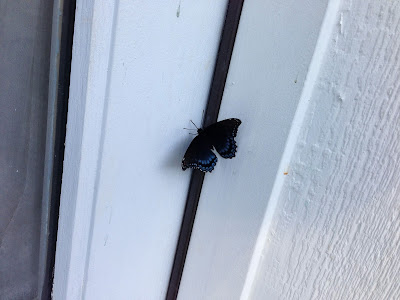 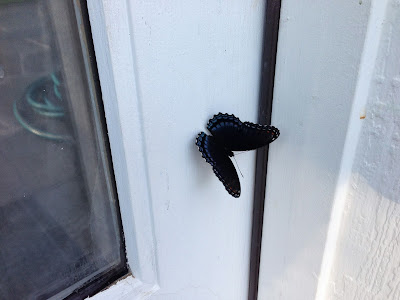 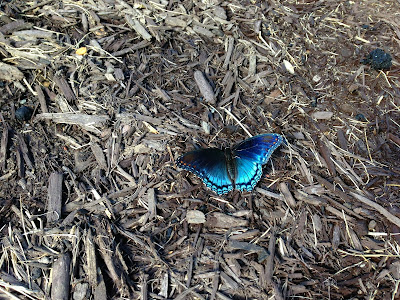 I LOVE, LOVE, LOVE Fall! So I am just loving this cooler weather! I have pulled out the fleece and jackets and thrown open the windows. Hello, football! Celebrating the cooler weather, we drove to Cracker Barrel, one of my favorite restaurants (it is very hard to find country fried chicken in Maryland). 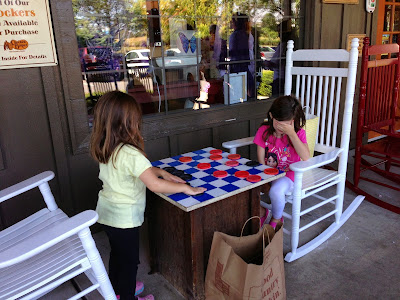 Felicity clearly frustrated at Elizabeth's version of the game. 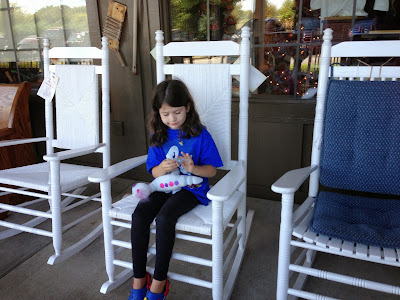 Cecilia got a blue, pink and purple dinosaur she has named Dinah. 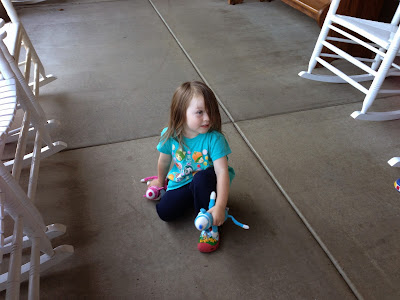 Teresa, ever my little monkey, picked up boy and girl sock monkeys.

They girls have been running outside first thing after breakfast. I call Cecilia and Felicity in for school, but Elizabeth and Teresa stay out and have a blast. Chalk was Elizabeth's present from a museum we went to recently (posting soon) and the two of them have had a ball coloring the patio. Teresa often comes in wearing more chalk dust than a classroom blackboard. 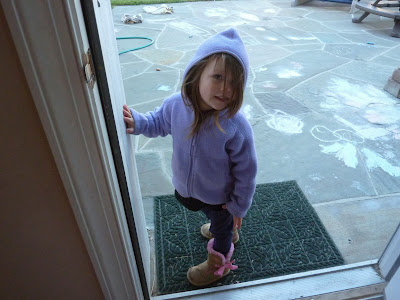 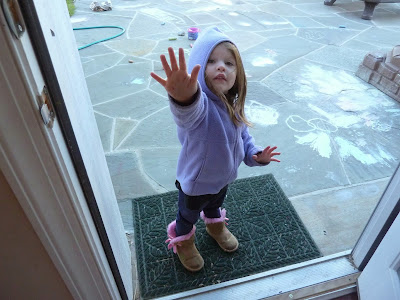 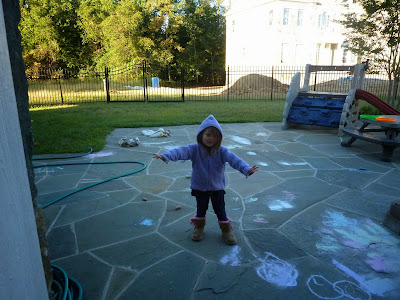 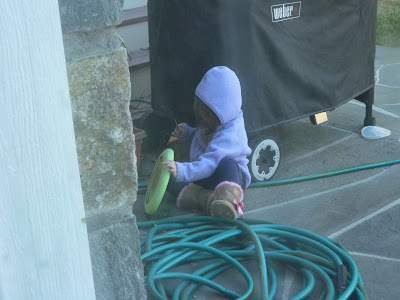 What fun are you and your kids having outside in this awesome weather?

Posted by Katherine at 9:39 AM