I love the idea of homeschooling rabbit holes (when you get interested in a subject such that you veer off course to follow where it leads), but it either doesn't happen too often or tends to pop up at the worst times.

This morning Cecilia's Science book just briefly went over volcanos but it did suggest making one and making it erupt. Cecilia got so excited by the idea she immediately offered to get all the supplies herself and start that second. I figured if we were going to do it though, might as well do it well enough to keep it for future eruptions.

So, I dug some 2 year old Sculpey out of the closet that had gotten quite tough, adding some water, the 5 of us took pieces and rolled them and softened them until we had a great pile of clay. We sculpted it and put it in the oven to bake. 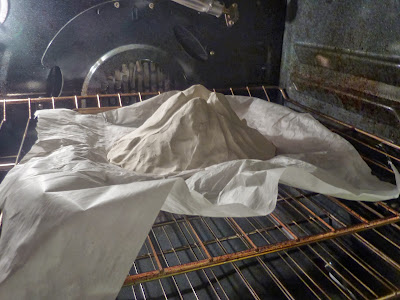 I wanted the color to last through the blast and for subsequent blasts, so I opted to use acrylic. Now, I just had the two oldest using acrylic last night and I wasn't up for any errors on clothes or furniture or anything, so I did paint it. 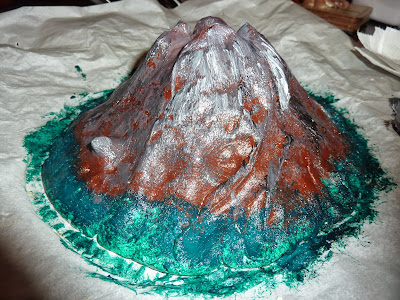 (I included a small rock on one side for the lava to flow around. The eagles have to save Frodo!) 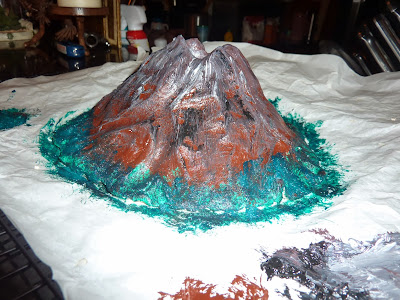 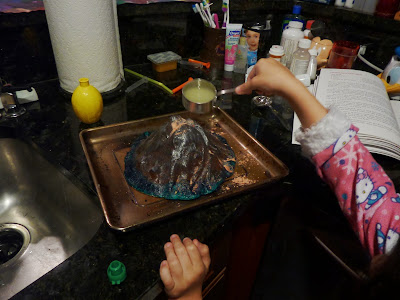 Cecilia did the honors. We used baking soda with red and a bit of yellow food coloring. And then added lemon juice. 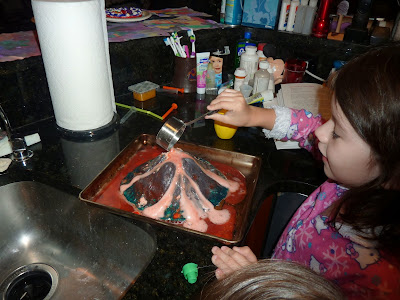 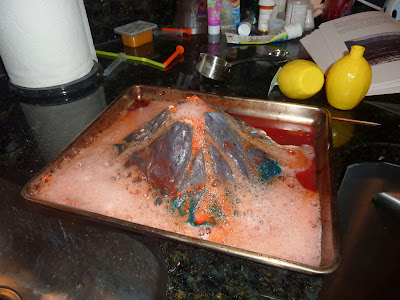 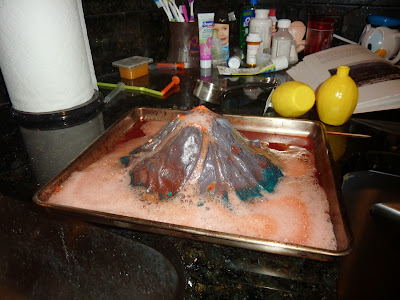 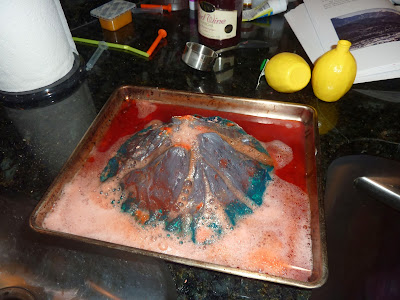 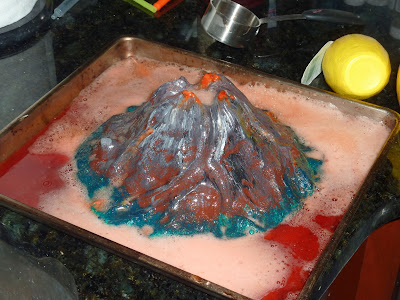 Cecilia absolutely loved it. When we ran out of lemon juice I used some vinegar.

Science is definitely one of Cecilia's favorite subjects if not her favorite, so I was glad she enjoyed this so much. We have gone over a bit about volcanos before and I am sure we will again. My only regret on this volcano was not making the hole in the middle deeper, but c'est la vie. We have watched videos of volcanos erupting before but we aren't close enough to visit one.

It was a successful rabbit hole in every respect.

Posted by Katherine at 4:08 PM