Yesterday was such a beautiful day, it was hard to get much school work done. We did manage to do History, but by 10am, the girls were just itching to go outside. So I gave them a break and sent them out.

Last weekend we went over to a friend's house where they had tons of leaves and we all helped rake as many as we could into piles and the kids had a blast jumping in: 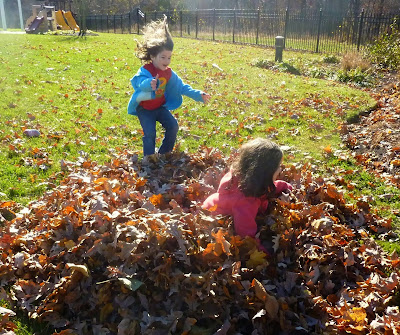 Now, we don't have a lot of large trees very close to our property, so leaves have been a bit on the scarce side, but they raked together enough to make a sizable pile. Cecilia specifically came inside to ask me to take pictures of them jumping into the pile. 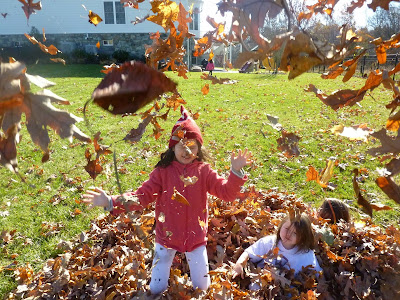 Cecilia and Teresa especially enjoyed it, but Elizabeth did jump in a few times - enough to lose her shoe in the pile :) 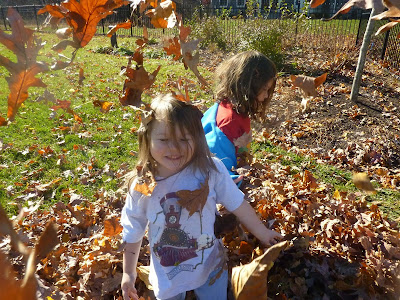 Felicity jumped in once, but she wasn't in a leaf-jumping mood. The others definitely had a ball though.

I didn't call them back in for schoolwork. I waited to see if they came in on their own, but by the time they did, it was almost lunch time and Cecilia asked if they could have a picnic lunch outside. The weather was gorgeous, there are almost no bugs.... why not? So we did. 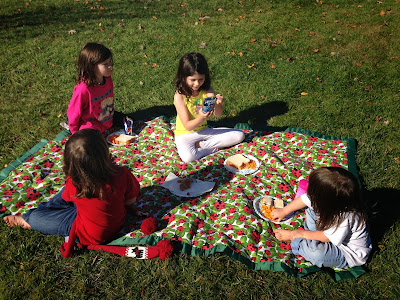 PB or PB&J or just J sandwiches for all with Cheetos. Drinks were a little tricky on the uneven ground but Teresa had a sippy cup and Cecilia and Felicity used juice boxes so only Elizabeth had a cup that was tricky to keep on an even surface. 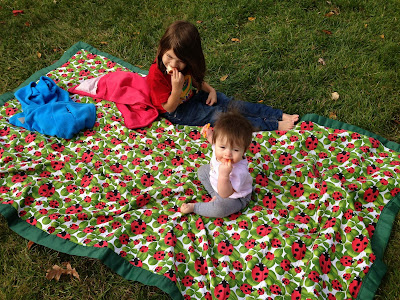 At 11, Brigid woke from her nap and had some fruit bars in a booster seat inside but afterwards I brought her outside and she sat on the blanket munching a couple of Cheetos leftover from her sisters and watching them play. 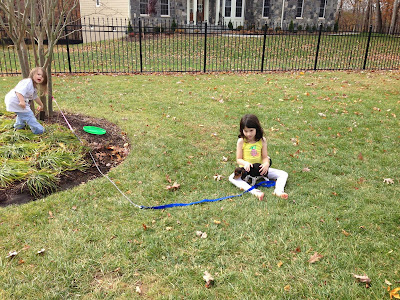 I found a couple of old leashes from our previous dog and cat years ago and created an extended tether to bring Rosie out too. 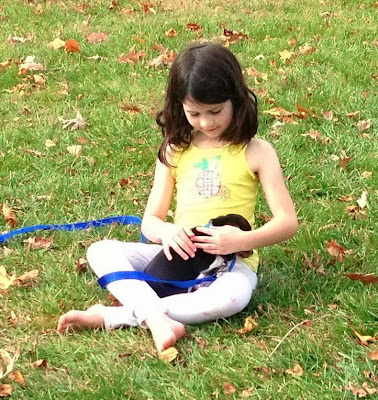 Cecilia particularly likes when Rosie curls up in her lap. 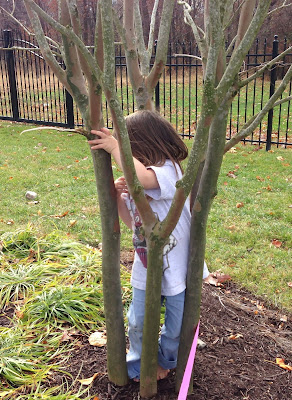 Teresa got herself stuck in a tree. She didn't think it amusing when I wanted to get a picture though. She managed to wriggle her way out the way she got in. 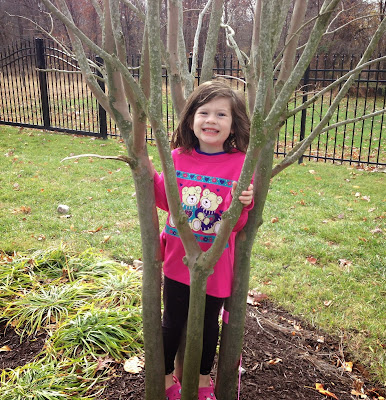 But Felicity thought it was so funny, she hopped in for a photo op. 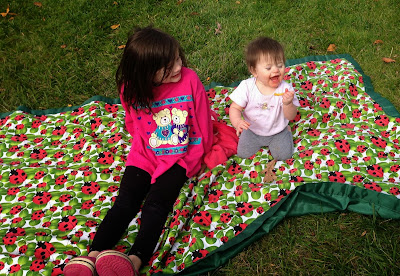 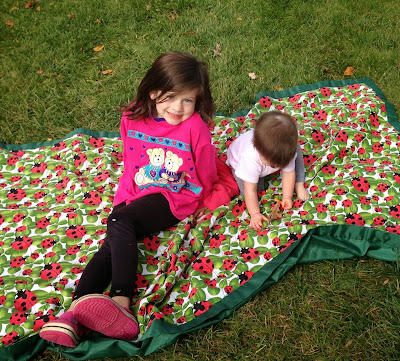 Felicity posed with Brigid while she took interest in a fallen leaf. 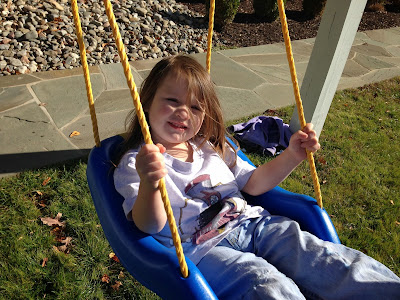 Teresa loves being in the toddler swing but she doesn't need to be strapped in anymore.

Two weekends ago I caught this video of her singing in the swing:

I think she is singing "Rockabye Baby" - so cute! 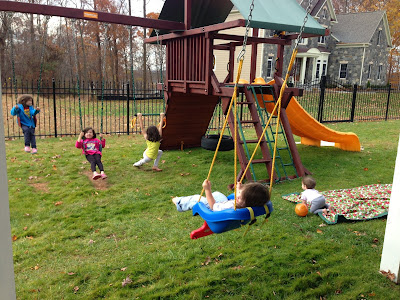 I moved the blanket beside the swing set and managed to get all five in one shot. 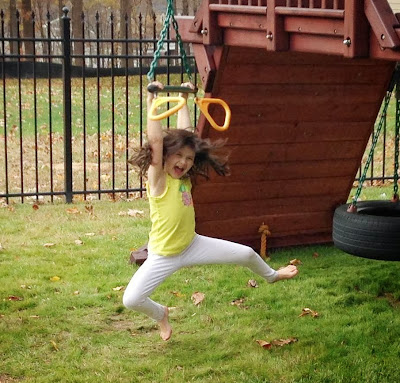 I guess you could say they had fun. 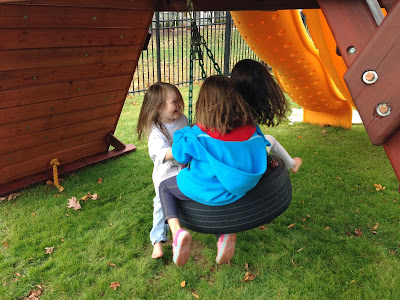 Cecilia, Elizabeth and Teresa hopped on the tire swing and spun it like crazy. 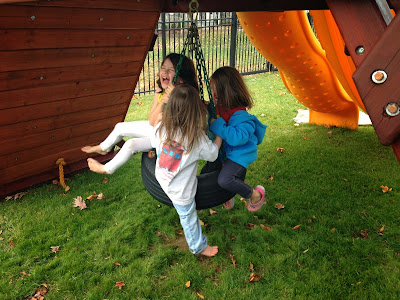 Did I mention they screamed as it went around?

Halfway through the video, though it is hard to hear, Brigid, who I was holding, joined in solidarity screaming with them.

In the end they spent over 3 hours playing outside yesterday and I loved that I could get everyone, even the baby and the puppy, outside for a while. Brigid really did enjoy it though, after about a half of an hour, her hands and feet were chilly and she was ready to come in. I was hoping I could get them out again today, but there is a slight chance of snow this morning and a high of only 39 expected, so maybe by the end of the week it will have warmed up enough for everyone to get out again. No stink bugs, no stingers making anyone scream, perfect temperatures, it was simply lovely. Recess was never so much fun when I was a kid.

Posted by Katherine at 7:46 AM