1. Rosie is doing better. She often now whimpers for us to take her out when she needs to go. She has learned her name as well as the word "No!" 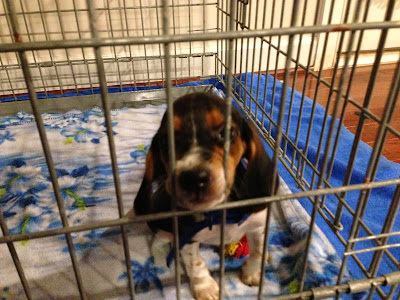 While I kept the cage covered the whole first couple of days she was here when she was in it to keep her from whimpering and howling, we now only cover it at night regardless of whether she is in it or not and that is mainly so she doesn't get noisy when my dad exercises in the morning. So she is definitely feeling more at home. 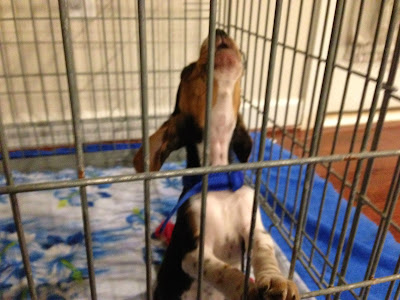 Teresa has learned Rosie's name and says it very well. She also seems to be Rosie's favorite play buddy and Teresa asks to play with her first thing every morning. Teresa does still require regular reminders to not play too rough nor hold Rosie by the neck. 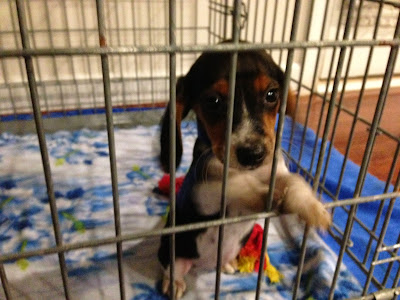 One irritating habit Rosie began was shredding the puppy pads and even eating some of the cotton out of it. Now, I'm thankful it is clean cotton when she does it, but it makes her make this hacking, gagging noise and then I give her a pathetic look to either move it on through or hack it up so I can clean it but she does neither so far and just keeps hacking. So, per the vet's recommendation, I've pulled the pads for the moment and am trying to use a towel. However.... 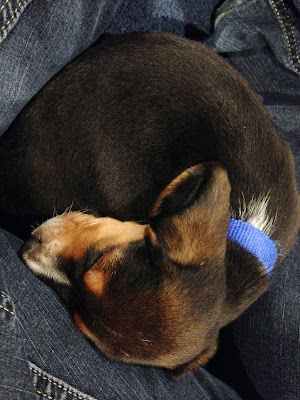 She doesn't want to go on the towel, she prefers to sleep on the towel and go on the bare metal bottom of the crate. Such a goober. 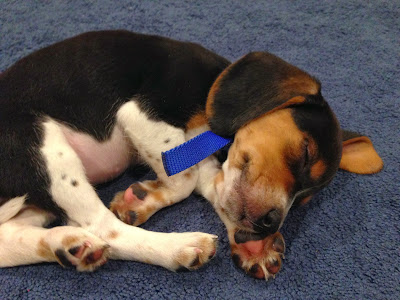 But an adorably sweet, cute goober. 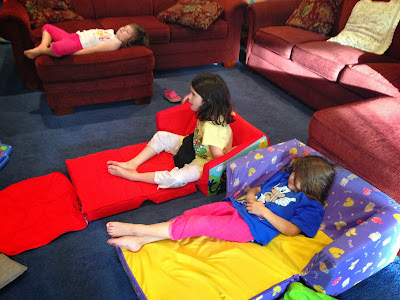 And she loves the role. She loves just having her cuddle in her lap or on her leg. Oh, and what the girls are watching? Lady and the Tramp. Rosie's whimper the first couple of days totally reminded me of Lady. I couldn't resist putting it on. One of my all time favorite Disney films. 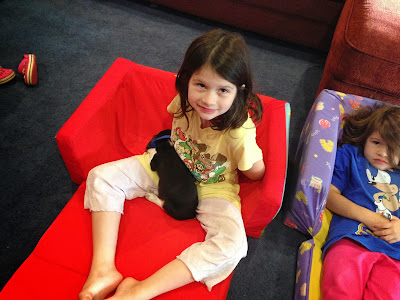 3. Brigid has been teething but her teething is like her labor was.... taking. for. ever! Sore gums. Steep mountains of swollen tissue. But a white hard speck of a tooth? No thanks, not yet. Argh. 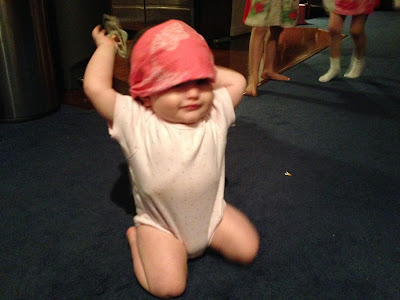 I also suspect she is working on 4 teeth instead of one but we will see. At this rate she will still be teething in college. 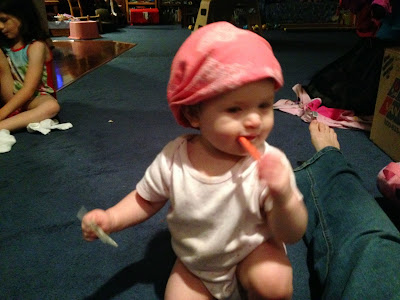 She is trying her hand, or maybe I should say feet, at free standing and taking one step before being able to grab onto an object. She is definitely not as brave as Teresa and likes to take her time and be sure of her footing. She likes being able to hold onto things. She can be so quiet and play by herself for hours. 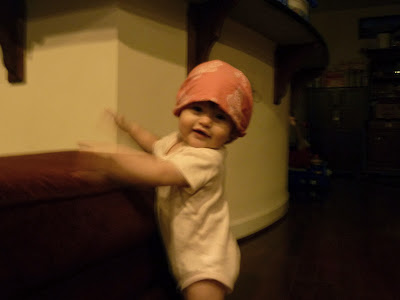 In other words, she is very similar in personality to Felicity and the opposite of Teresa. :)

She's getting the hang of cruising on moveable objects though. She doesn't just go in circles anymore.  She's progressed from Clark Griswold driving to Mr. Bean driving.

4. In History we learned about Peter the Great of Russia. We read about his seize against the Turks to take the fortress port and then his tour around Europe to learn all that the "west" had to offer and then about his war against Sweden to gain a trade route. After the girls finish the coloring pages the book provides, they draw freely while I finish reading. After reading all that, what did Cecilia draw? 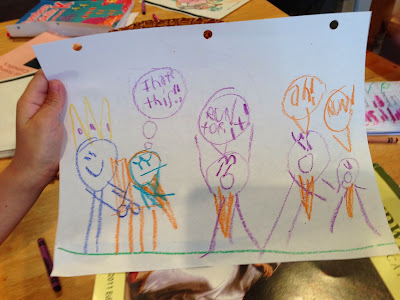 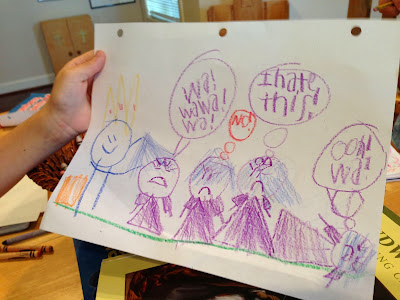 
5. I couldn't resist snapping a couple of shots of Miss Brigid and her spaghetti face. Accept no substitutes! 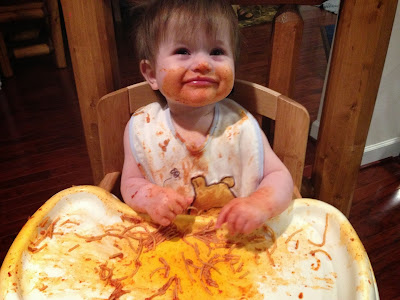 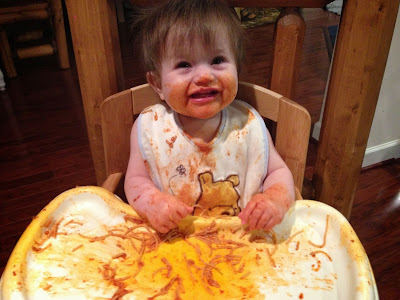 6. Feast of St. Cecilia. We celebrated Cecilia's feast day today with an edible piano. In the past I've used vanilla wafers and Hersheys chocolate but I couldn't find the good wafers this year so I thought we'd try Vienna Fingers. Yummy all around. 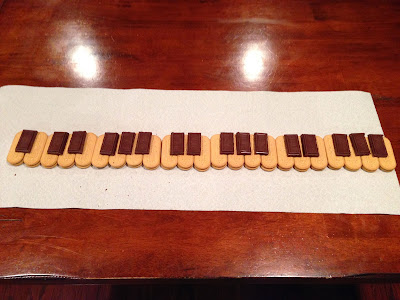 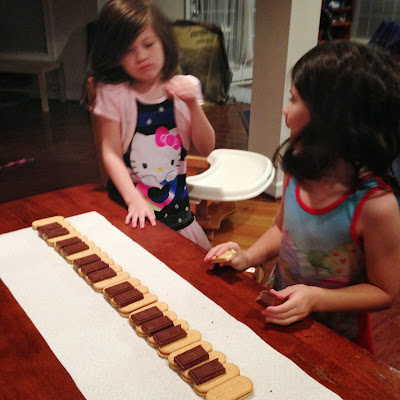 7. Thanksgiving. Last week, early one morning, I looked out the window and saw dinner walking by. Thanksgiving dinner. 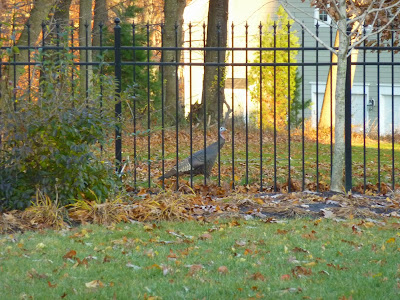 Oh if only I had a gun, (and a greater sense of adventure) we'd have had fresh wild turkey for free for Thanksgiving. Oh well. I wonder how much he weighed though.

8. For Felicity's birthday on Tuesday, we ate at Red Robin. 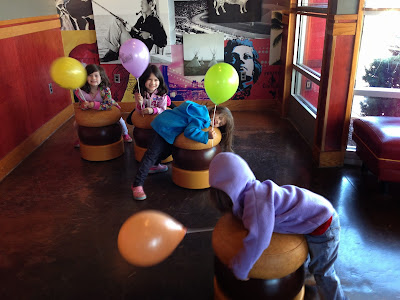 She requested the full birthday treatment :) 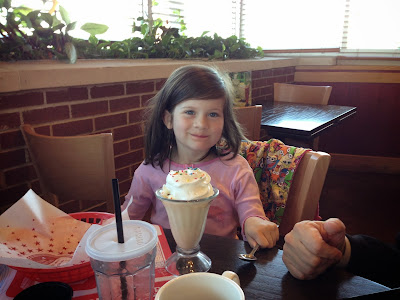