It is that time again when I have enough little snippets to actually make Seven Quick Takes.

1. At the gas station, the tank was filling when Felicity pointed out the window to a display above the pump asking what the picture meant. So I went to look and found a Jack Chick tract stuck in front of a bin holding gas card applications. Knowing how obnoxious some of those tracts can be and not being thrilled my 5 year old spotted one, I pulled it out and took it.

Fortunately it didn't rant against Catholics or Jews. It was about child abuse (oh yeah, like that would make me less annoyed my 5 year old spotted it) and how it wasn't the child's fault. I was even impressed it preached for the abused to pray for their perpetrators. But I had to wonder, do they draw those things to be especially hideous and, if so, for what purpose? I mean, look at the artwork here: 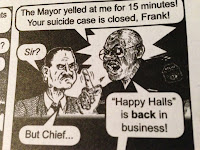 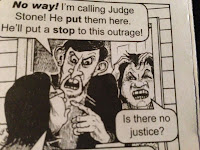 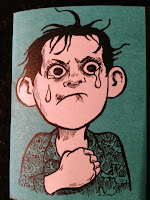 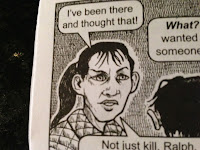 Why is everyone hideous? Oh, and I had to wonder why the biggest villain in the thing is the only African American in the whole booklet.

2. We had quite the explosion of ladybugs outside this week. The girls basically did science on their own playing with them and trying to make a ladybug habitat for them. 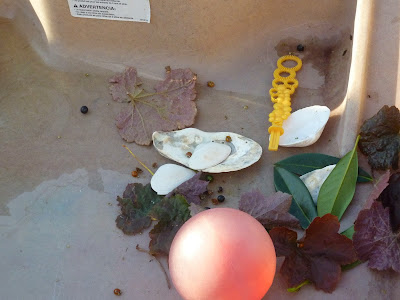 They gathered leaves and shells and ladybugs and berries for them too. (Clearly we need to revisit what ladybugs actually eat.) 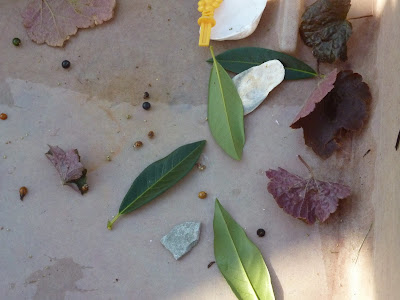 Unfortunately I had forgotten to take pictures but Cecilia borrowed our camera and got some shots. 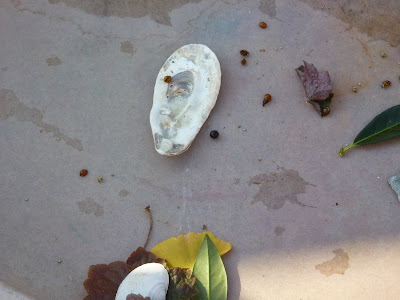 She even got some video footage.


3. Both girls have been working on their nature journals drawing pictures but Cecilia seems to want to make a video journal as well. Here is her first entry.


4. I have finally put away the baby swing and it will soon be out with the trash. I have used the same swing through 5 children now (with 1 motor replacement) but alas, the fish no longer turn and it makes loud clicking noises that aren't very conducive to sleep. I've been delaying as much as possible, for my own sense of nostalgia as well as those occasions where Brigid thinks 3am is sunrise and I'm to tired to spend an hour convincing her otherwise. But this week I woke her in the morning like this: 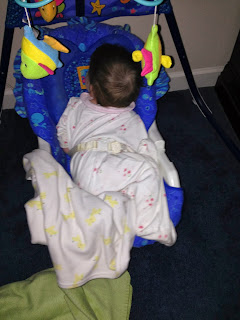 Clearly the girl wants her space and just ain't getting enough of it in the swing. She will be 10 months next month and I will say this is the longest I've managed to use the swing of any of the babies. I'll probably end up keeping the plush fish and fish fabric desperately hoping I'll find some way to use it because it is just hard to get rid of something that you have used for your baby let alone for five of them.

5. Felicity has been practicing riding on Cecilia's two wheel bike with training wheels around the backyard. As she slowly made her way around, she collected "gold" leaves in the basket. She said they were a present for me. She said they represented how much she loved me. Then she asked, "Do you like my love?" So cute 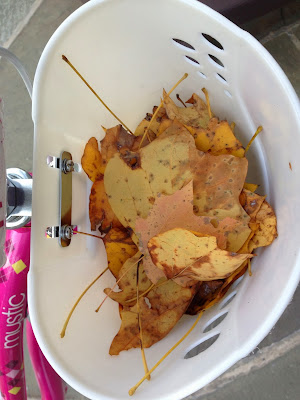 6. In the last couple of weeks Teresa has had a language explosion. Every single day we hear a new word from her. Today it was "help". Not when she wanted help but when she wanted To help. She will say Brigid's name now and almost any new word she has an inkling to try. Yeah for communication through language!

7. For All Hallow's Eve, my dad and I took Cecilia, Felicity and Elizabeth to a nearby Franciscan Shrine for Mass. Cecilia dressed as Mary, Queen of Heaven and Earth, Felicity dressed as an angel, and Elizabeth dressed as St. Joseph. I admit we basically threw together costumes from our dress up box but I just haven't had the energy to put into costumes even if I wanted to. Mass was lovely. All the kids were so cute and everyone had fun guessing who was which saint. Afterwards they had stations where the kids would meet an adult dressed as a Franciscan Saint, learn about the Saint, and then get some candy. They had rosary stations too for praying a decade of the rosary. Unfortunately the stations were pretty spread out and it was raining, so we didn't do all of them. We left at 8pm and still had 7 stations to go but the girls had fun. 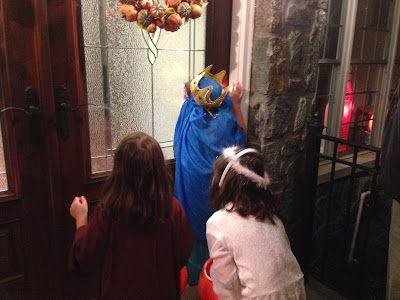 Then we stopped to surprise Grandma. 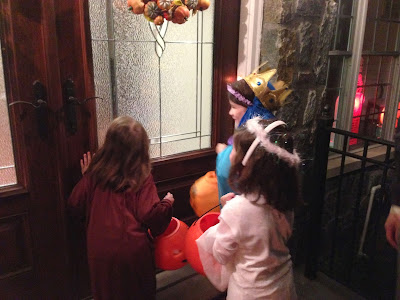 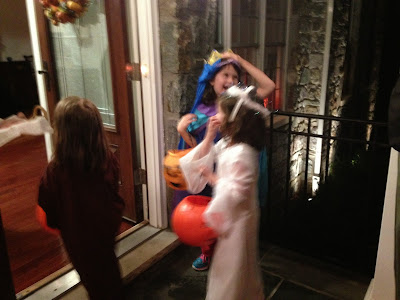 The girls definitely had a good time and enjoyed binging on their candy this afternoon.

Posted by Katherine at 7:43 PM