We got a decent 5 inches of snow or so, but I love snow. 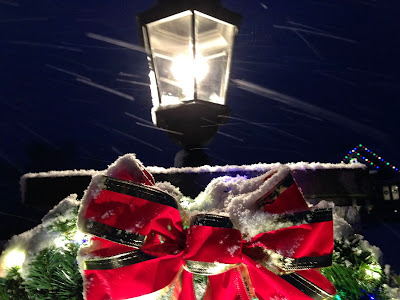 What I don't love is ice on the ground and wind that almost freezes your ears off. Unfortunately we had both of those as well. It began yesterday afternoon and finished this morning. The girls were so excited to go play in the snow... 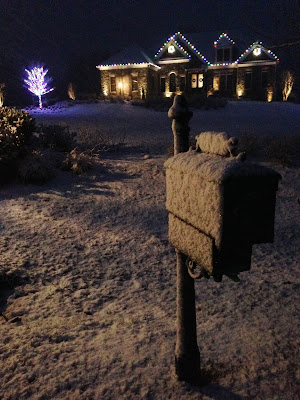 But with the windchill it was 2 degrees and none of them could last outside for long. Even James and I had to do the driveway in shifts. 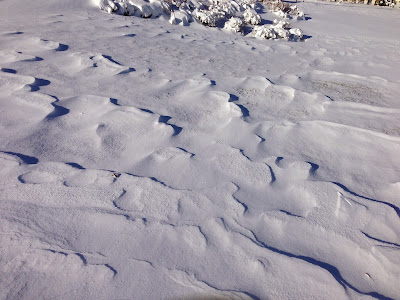 The wind was so strong it drew all sorts of strange and neat patterns in the snow. This was the front lawn which carried from 1 inch of snow to about 8 depending now where you were. 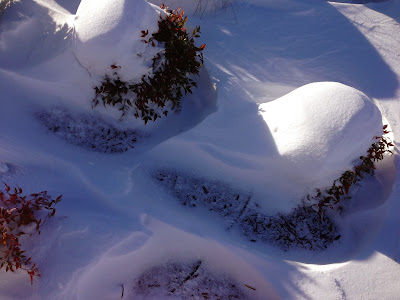 The wind carved paths around the shrubs and made it ice over substantial parts of the driveway as well as the patio out back, also making it hard for the girls to play outside much. 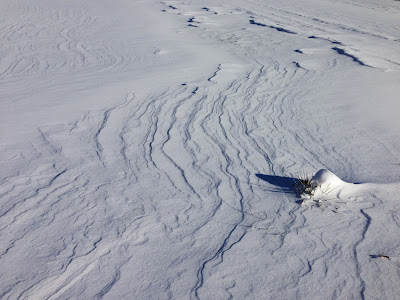 It was harsh but also incredibly and amazingly beautiful. 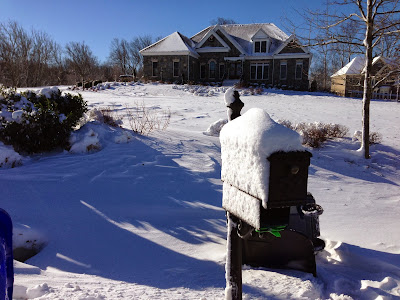 Unfortunately not being able to play outside as they had hoped, the girls were a bit bummed, especially since they have already been getting a bit cabin feverish. But I did have one thing I had promised them we would do that we hadn't done yet... 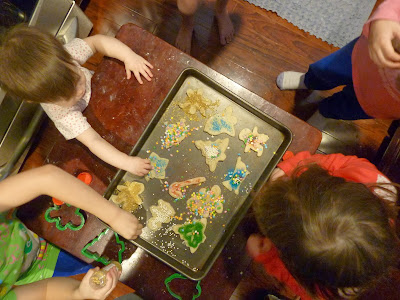 Since the Christmas season isn't over yet, we were perfectly within the proper season to have our Christmas cookies. We didn't dye eggs last year or carve a pumpkin, but we did make ourselves some delicious sugar cookies on a cold snowy day. 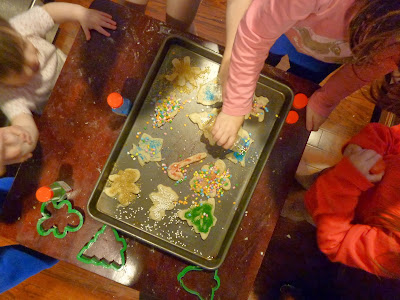 Each of the older four cut out and decorated 6 of their own cookies. Brigid tried to eat the decorations before anyone would notice. 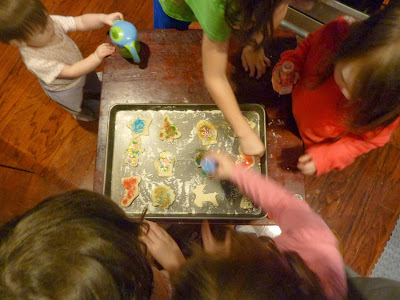 Afterwards I made an additional 9 or so cookies to finish off the dough and decorated a few for Brigid, who enjoyed some after her nap. 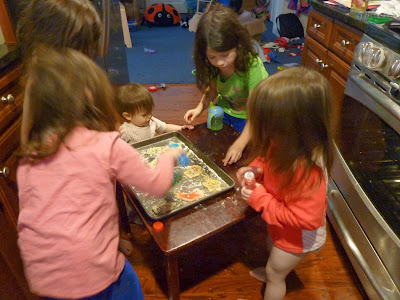 They came out quite well and, well, let's just say none of the girls wanted any dinner. 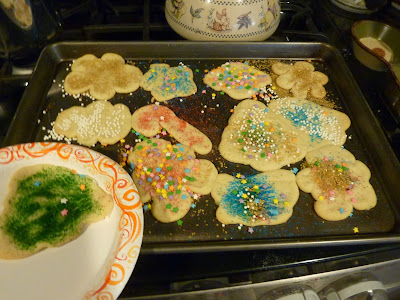 As I was writing this post, Teresa came over, saw the pictures and said, "Ookies! Ookies! Ookie Monser!" Which also gives you an idea of the state of my floor afterwards, but all for a good cause. 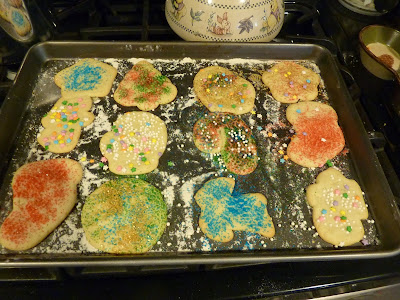 This was how Rosie basically spent the day: 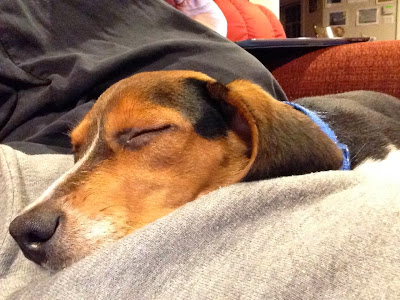 Yeah, sometimes she is an idiot, sometimes not.
Oh, and look what I found in the garage: 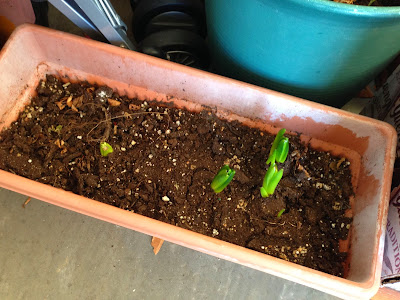 I can't keep a plant alive. I have always said I have a black thumb. But I move a plantern in which my hyacinths had bloomed and promptly died and remained barren all summer and fall with only a 4 foot weed growing out of it (twice!) into the garage and suddenly they sprout. In the garage. In the dead of winter. I'm going to have to change my color. I don't necessarily kill all the plants, I just totally screw them up so they sprout at the exact wrong time of year. I roll my eyes at them every time I pass them in the garage.

Posted by Katherine at 6:07 PM