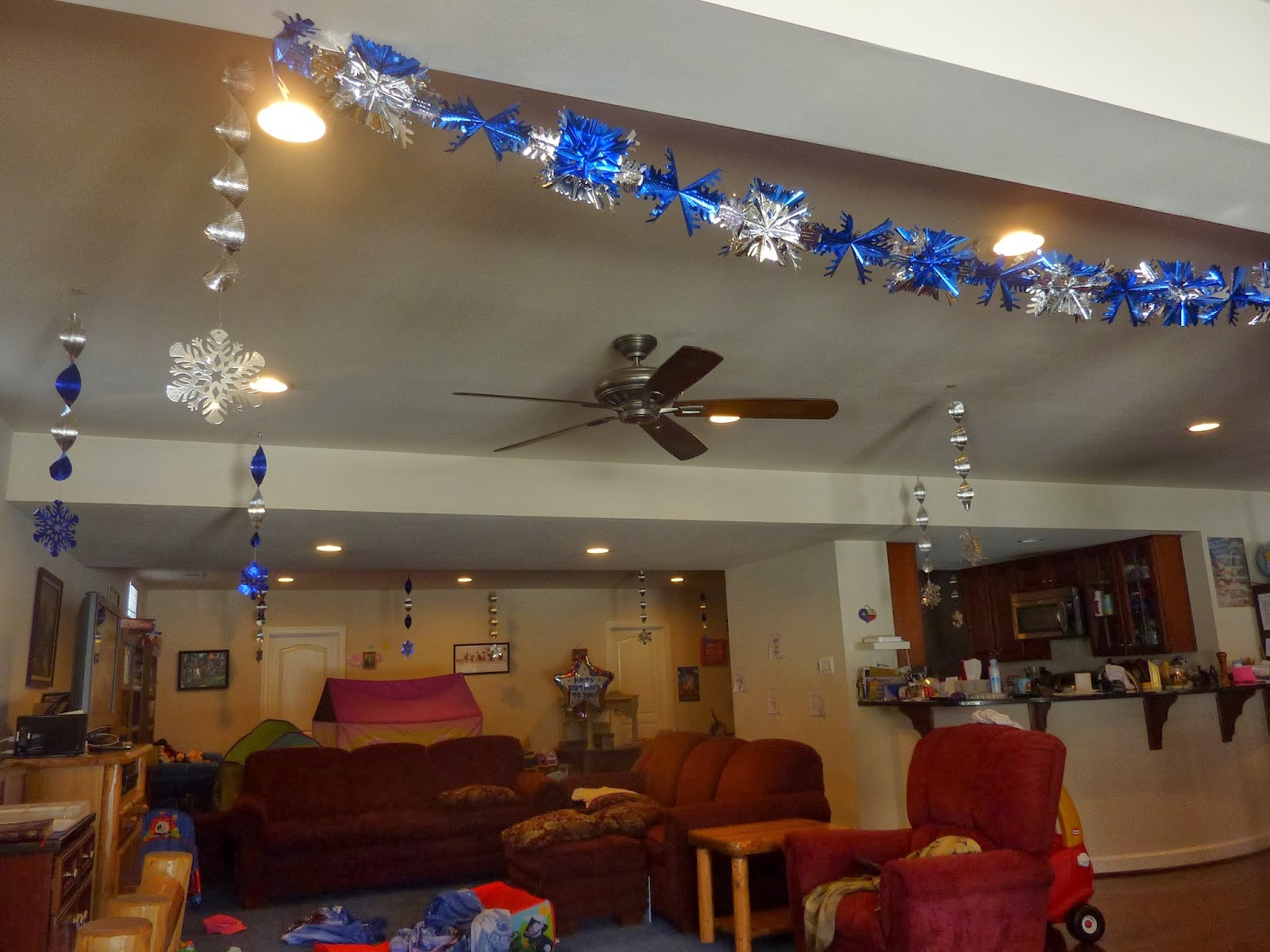 These were the decorations for Cecilia's Frozen-themed Birthday party at the beginning of February. 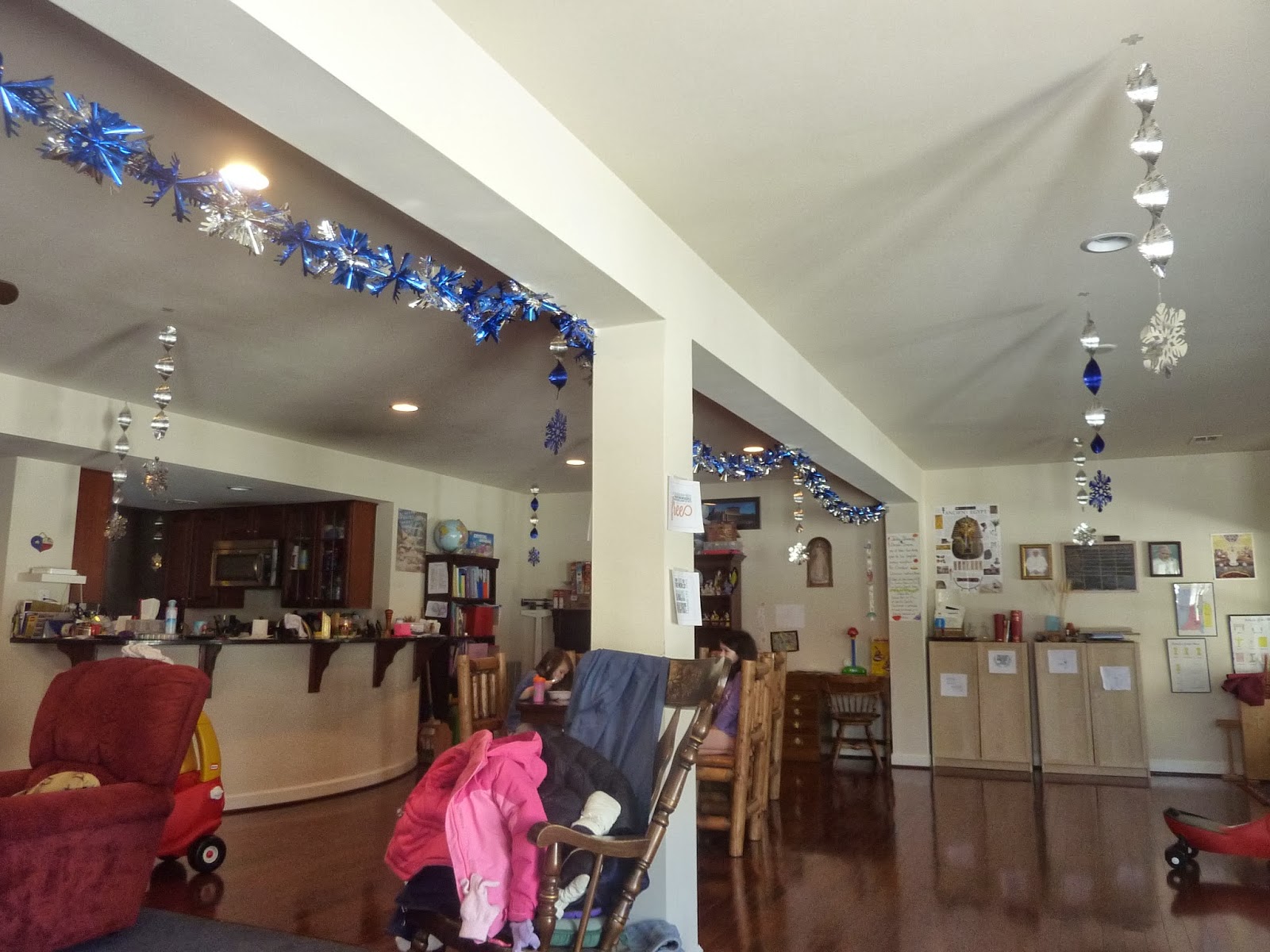 It really only seemed appropriate to leave it up through February... snow outside, snow inside. Teresa loves to be asked to be picked up so she can hit the flakes. 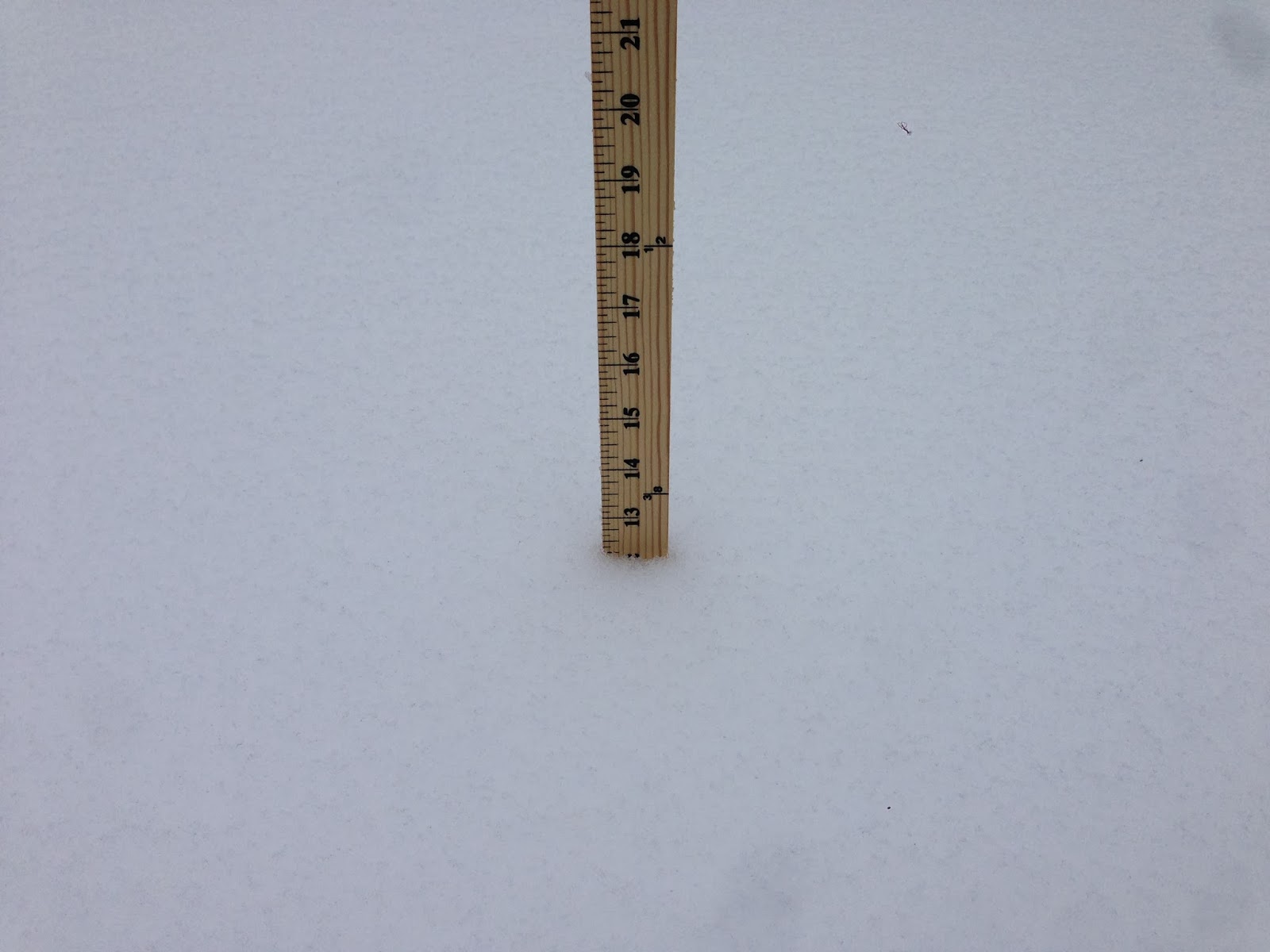 For the largest snow of the season so far, I believe named Pax? (I get naming hurricanes as you can have multiple ones at a time in the same trajectory, but naming snow storms still seems weird to me), we got about a foot though the wind definitely built it higher in some places. 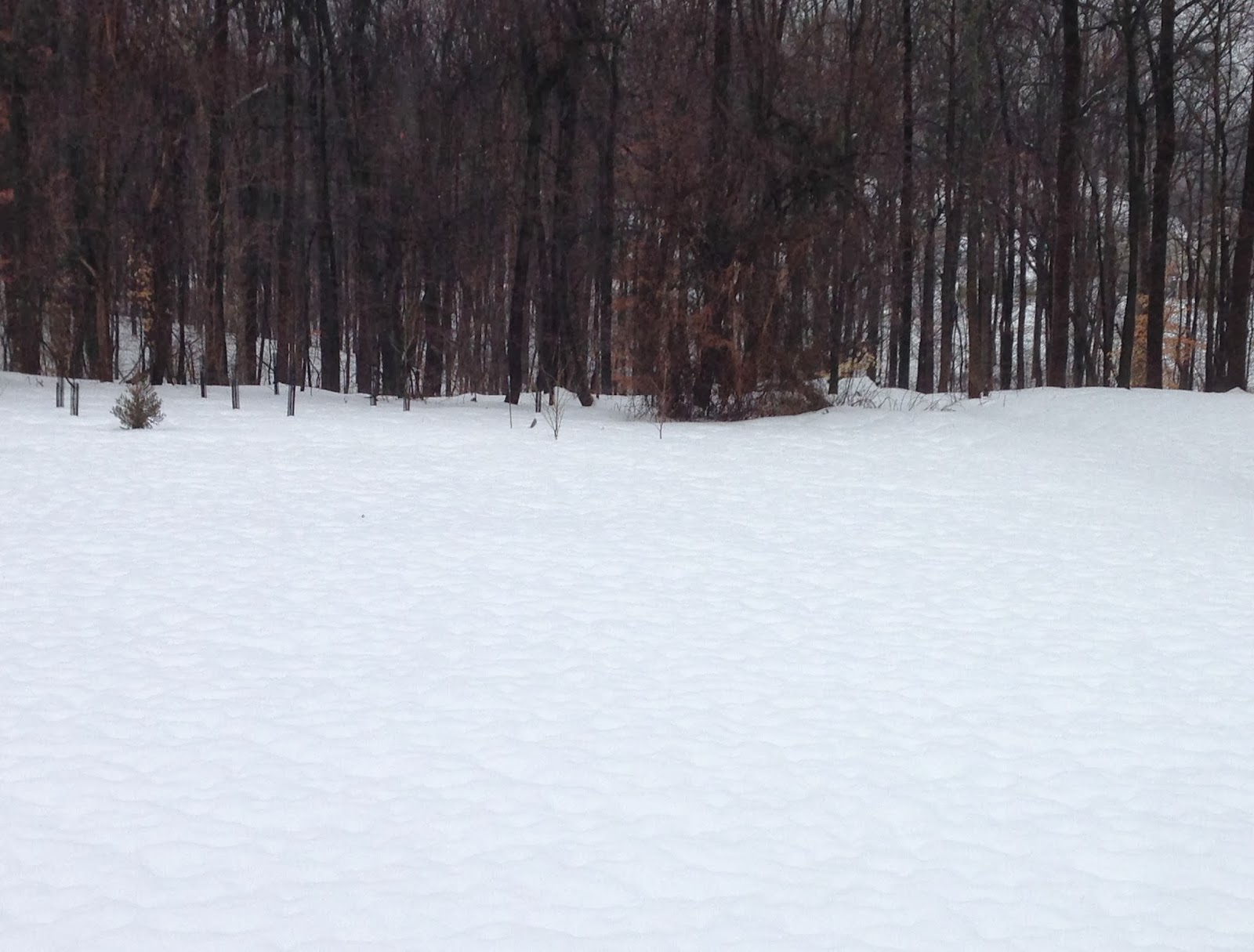 I absolutely loved the way the rain and the win created hills and valleys in the snow. It was like a sea of snow! 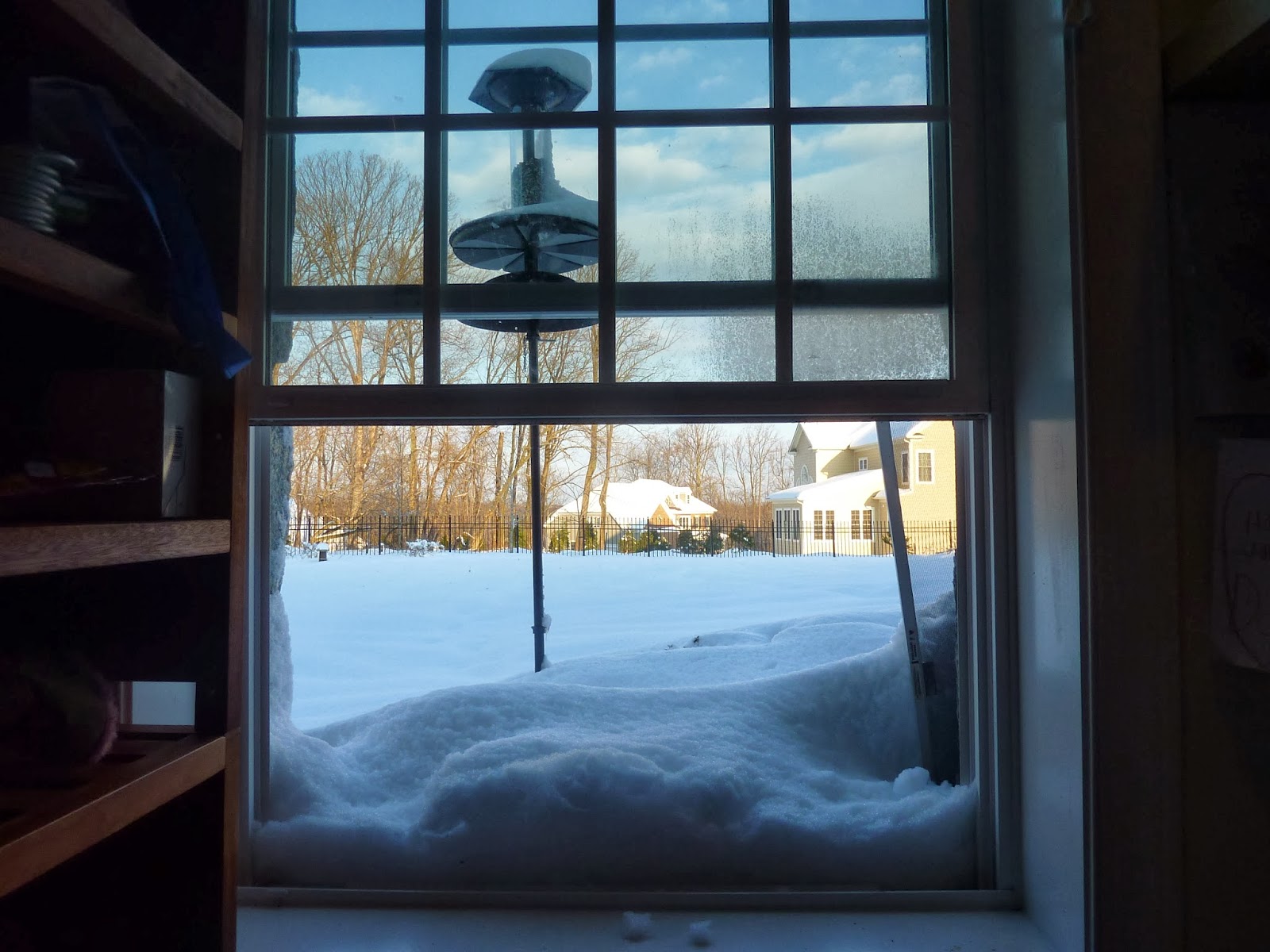 We still got more snow after the big snowfall and by the time it all added up, this was the view out my window. I loved it! 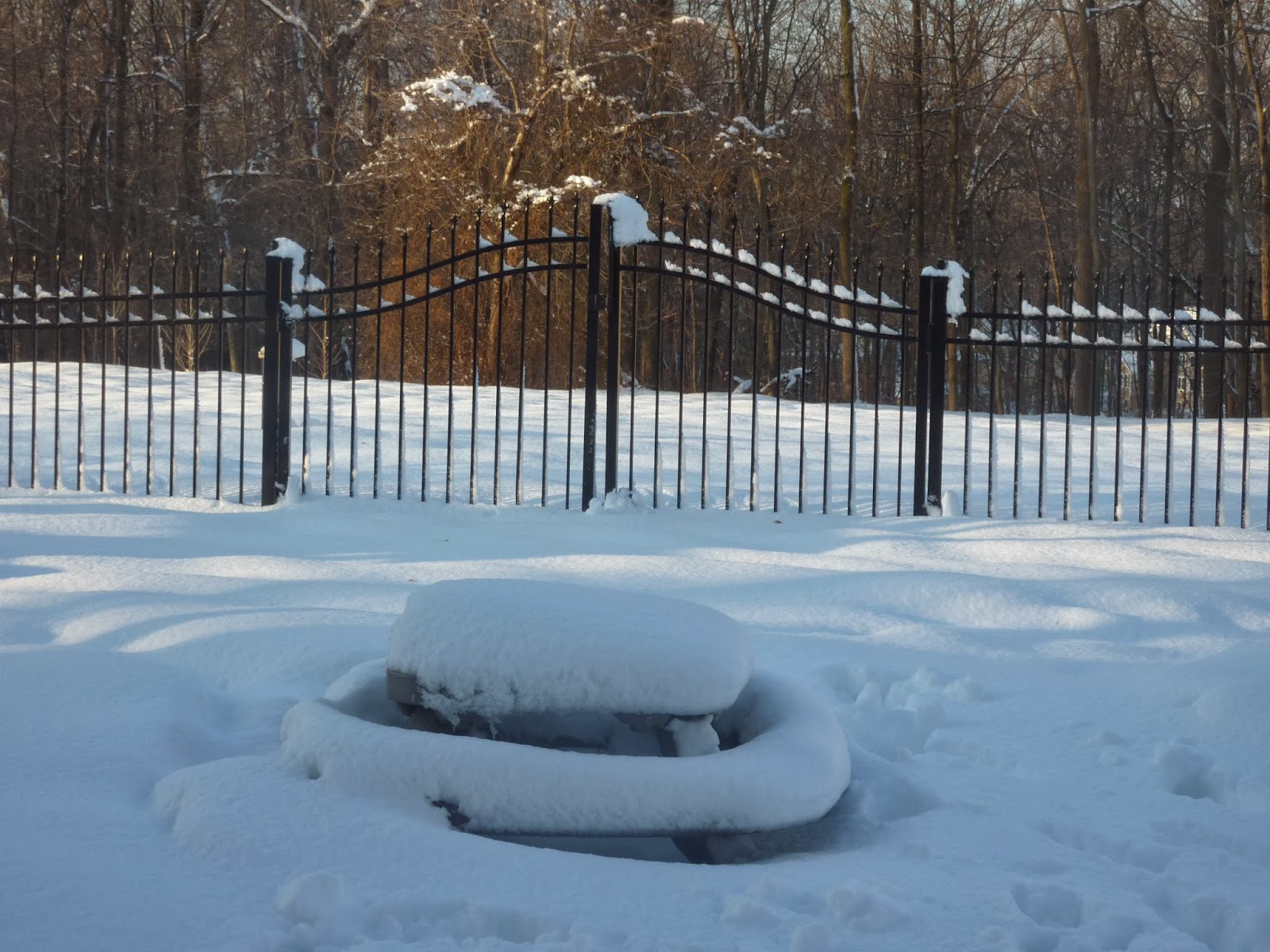 It added up to a lot of fun. 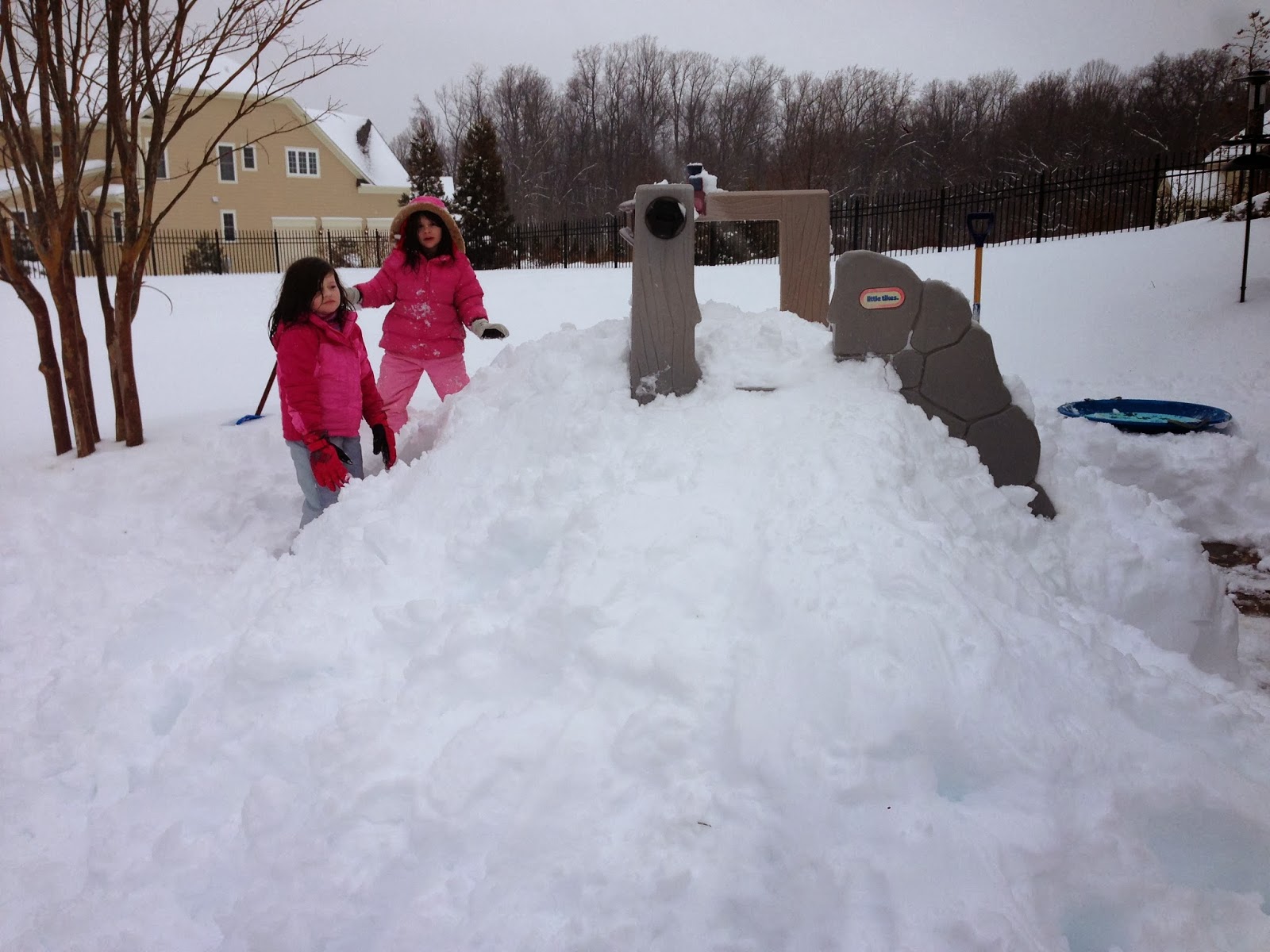 I shoveled the patio and helped the girls build a snow slide and two snow tunnels. They threw snowballs and made snow angels. 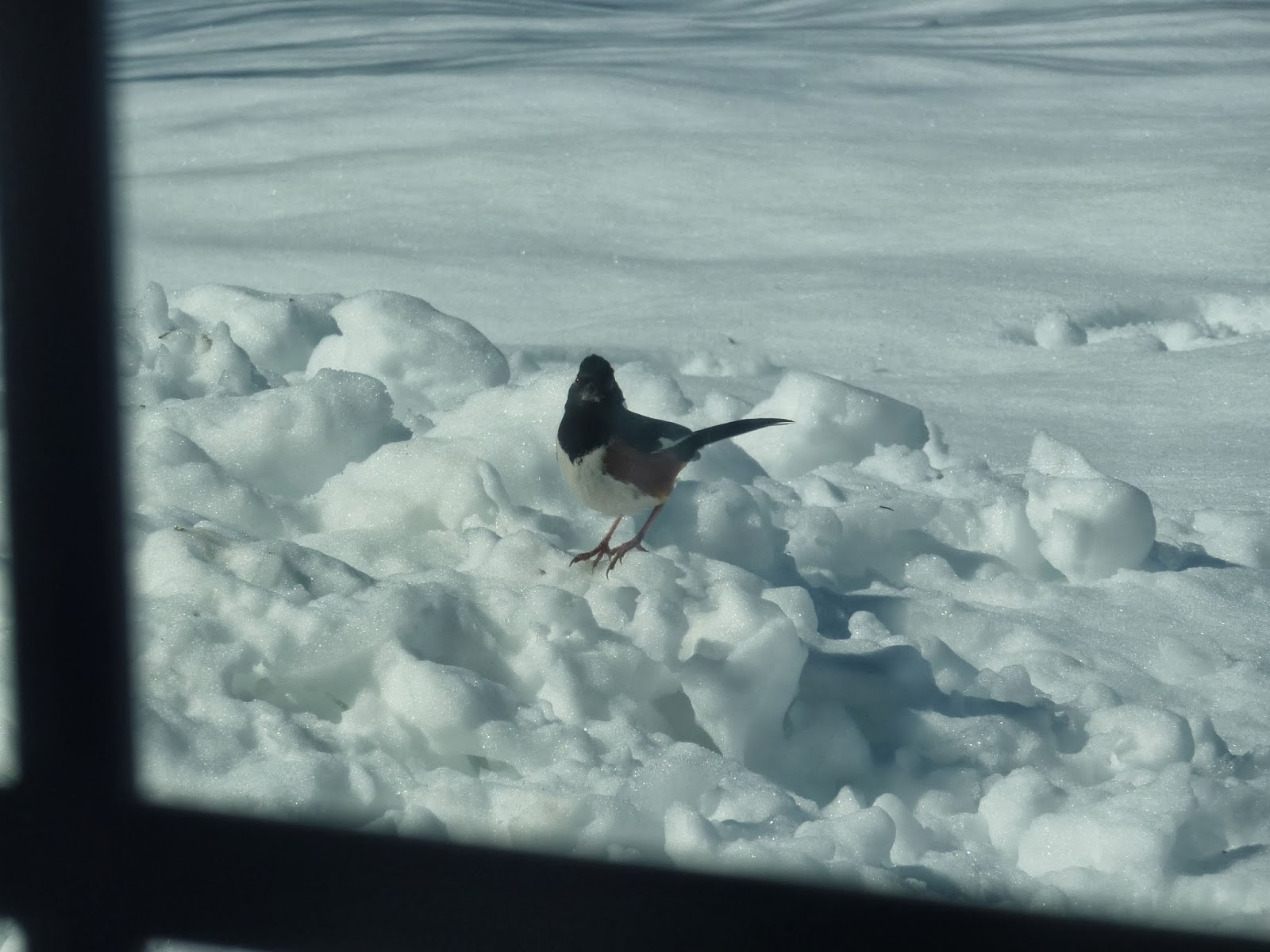 We even met a new bird for the occasion. 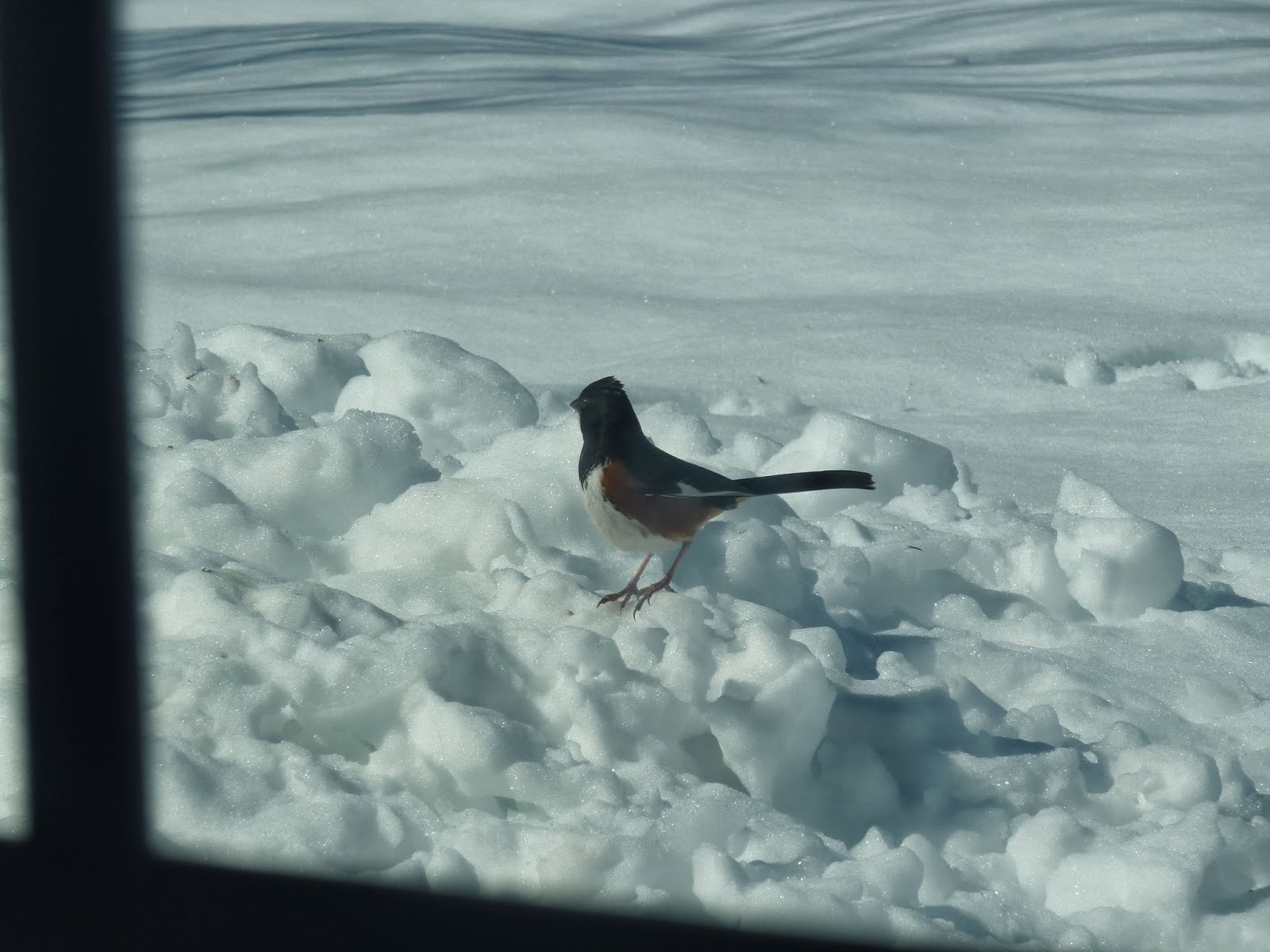 He is an Eastern Towhee. Pretty guy. 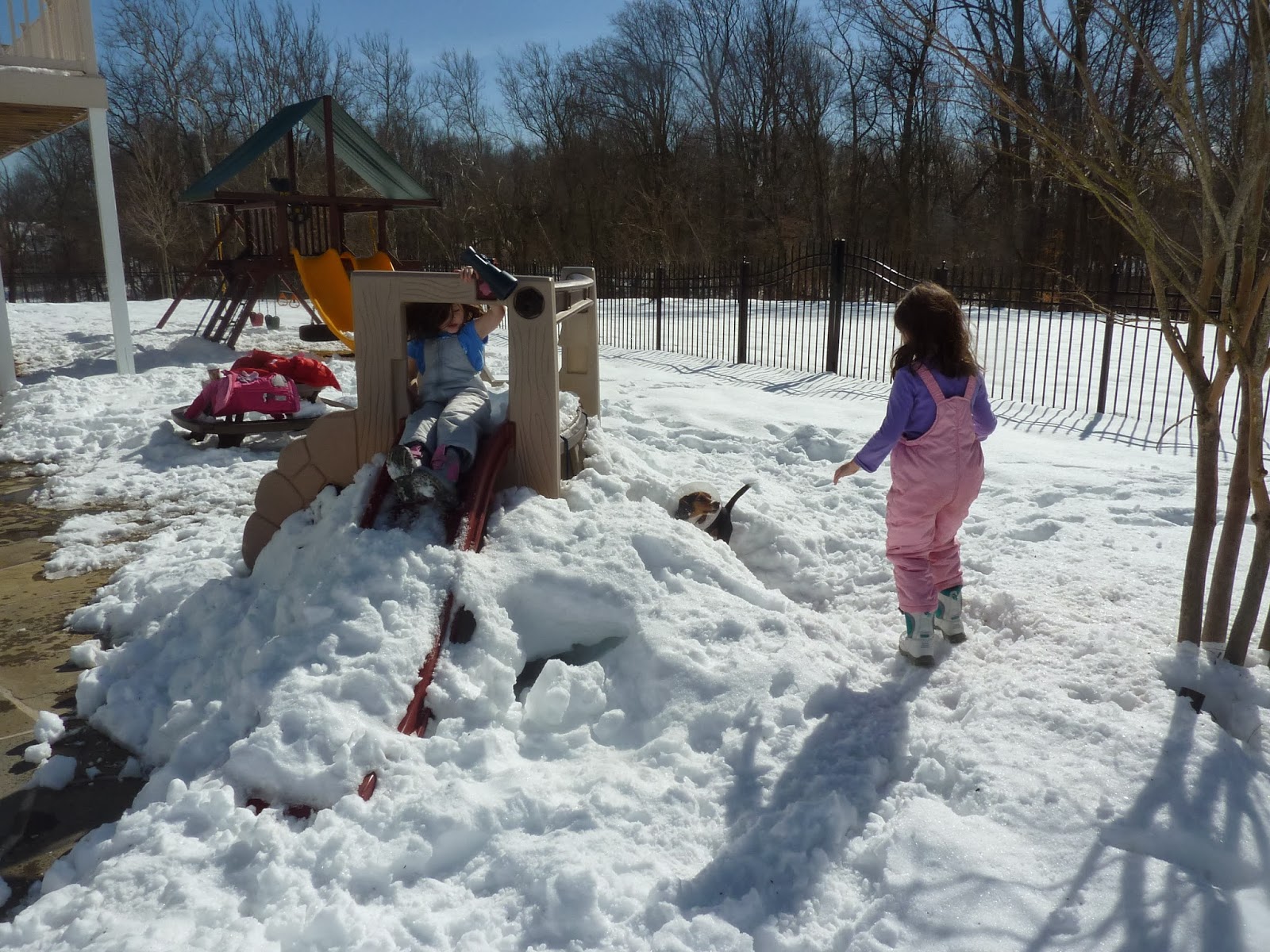 We even got Rosie outside for some snow time. 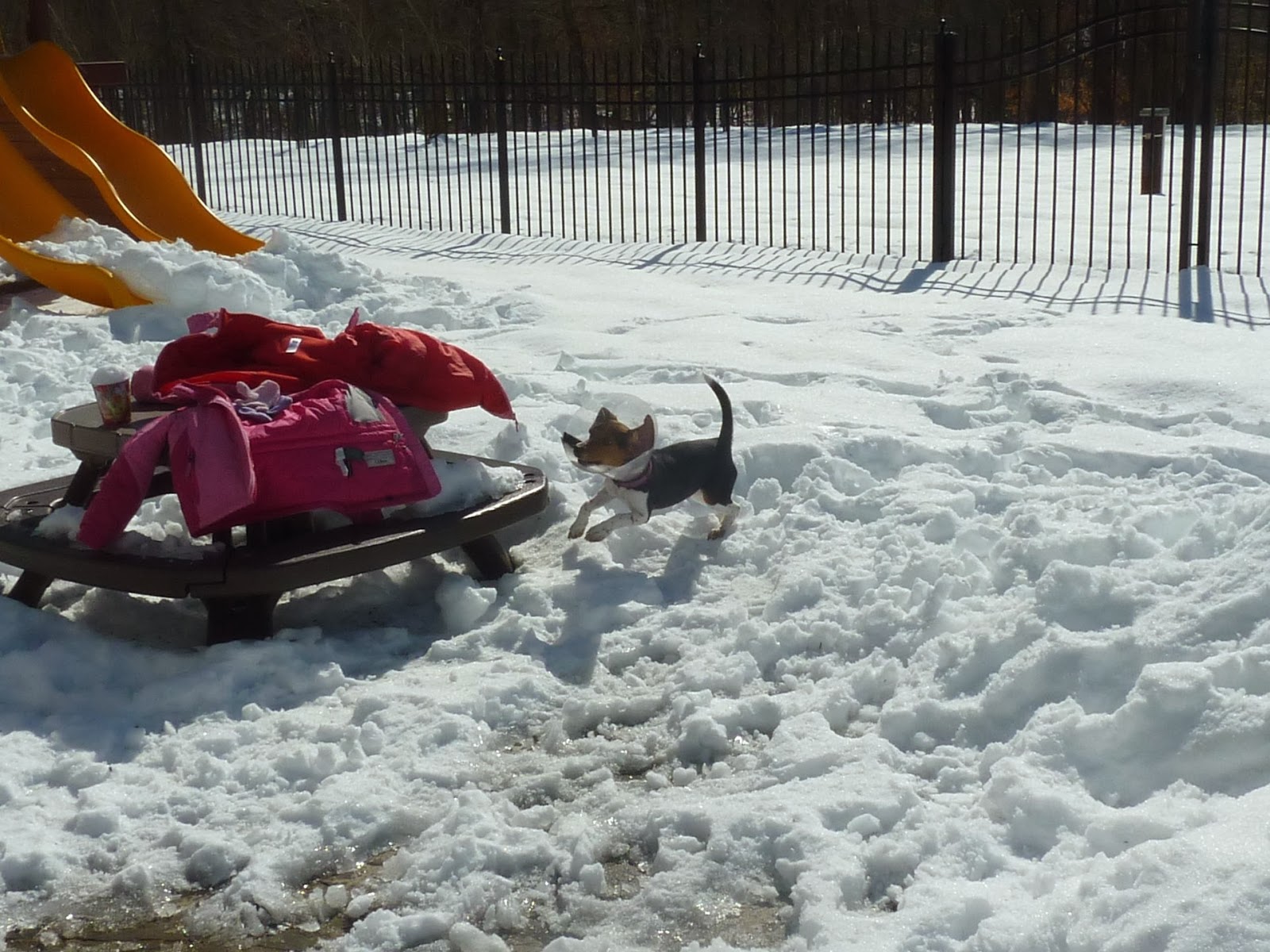 Now, Rosie became an involuntary eschatological sign a few weeks ago, so we owned the cone of shame Elizabethan collar and, at the moment, she is still small enough to fit through the bars, so the only way we can let her run freely is with the plastic collar on. She was willing to work with it though. 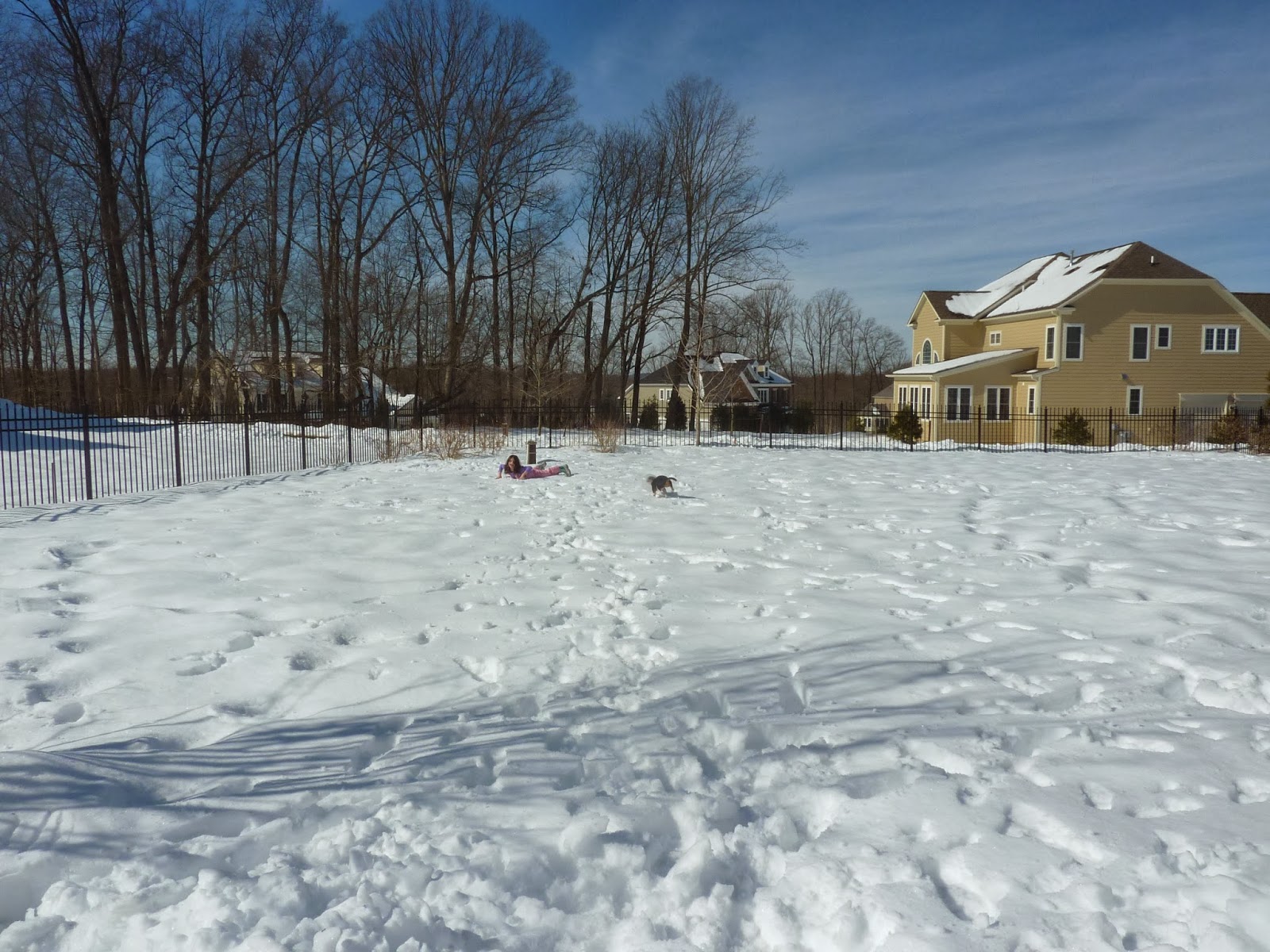 Cecilia had a ball chasing her. 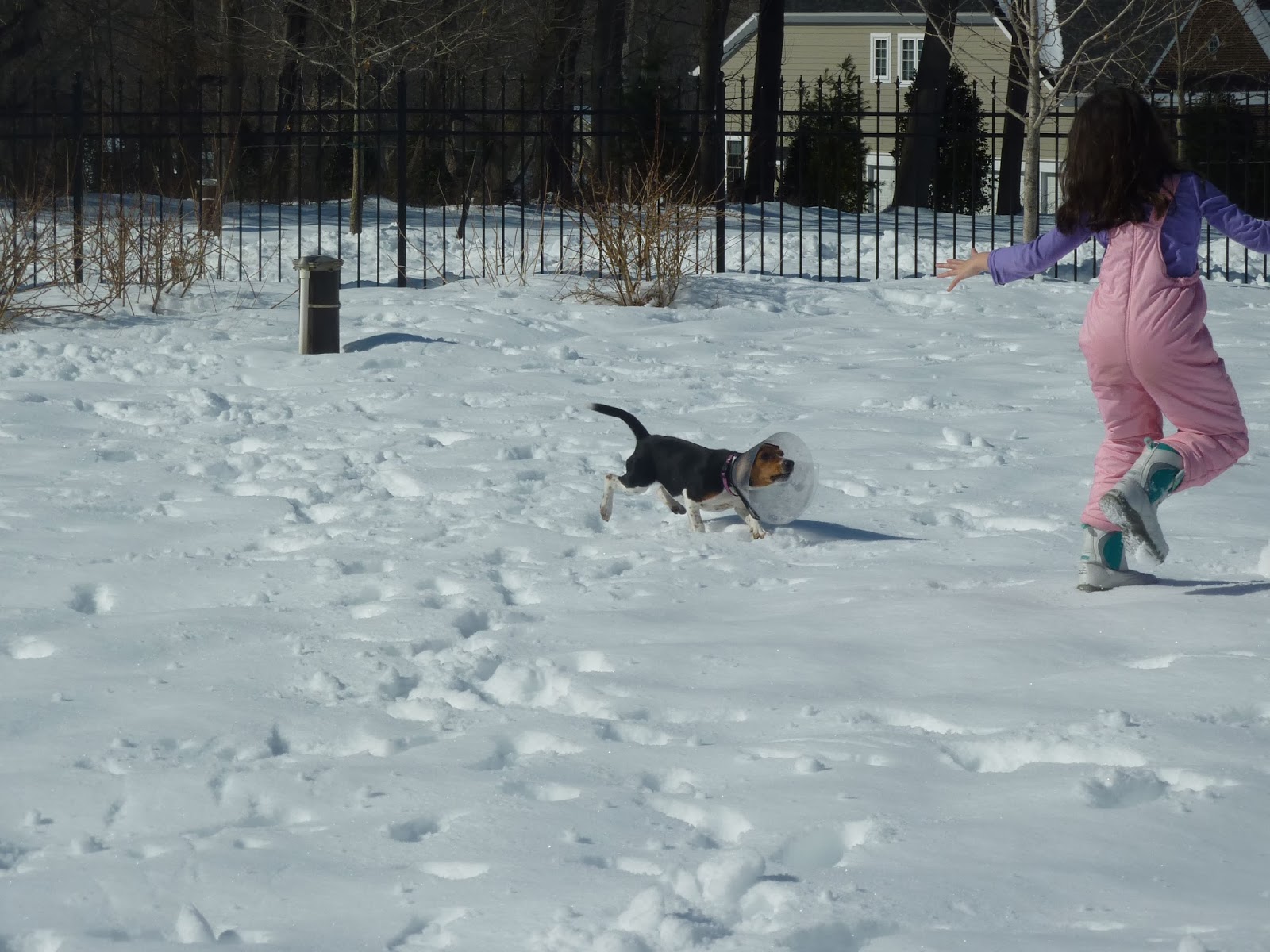 And Rosie chased her. 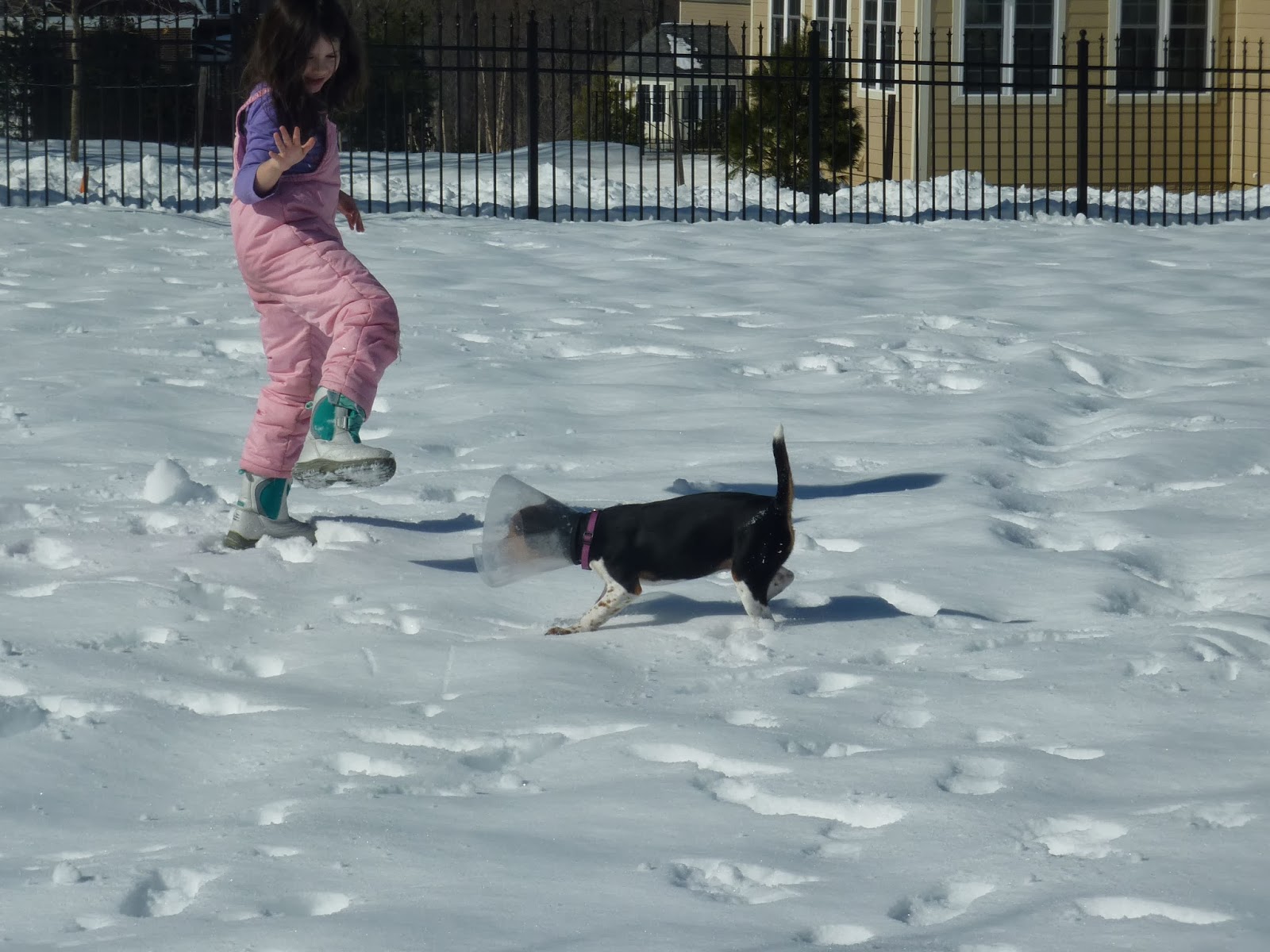 After a day or two, the snow was frozen enough that Rosie and the kids and sometimes even I could walk on top of it. 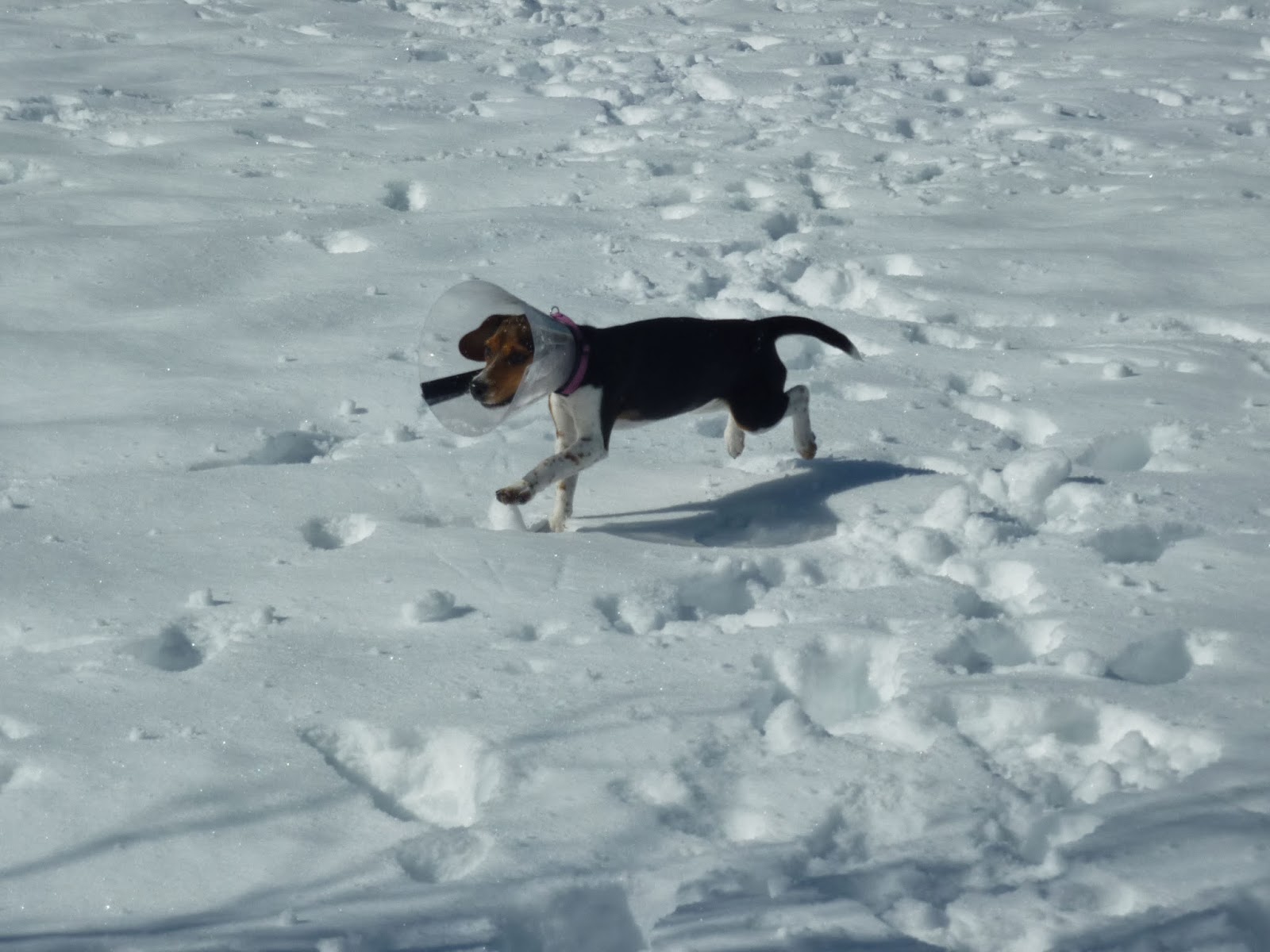 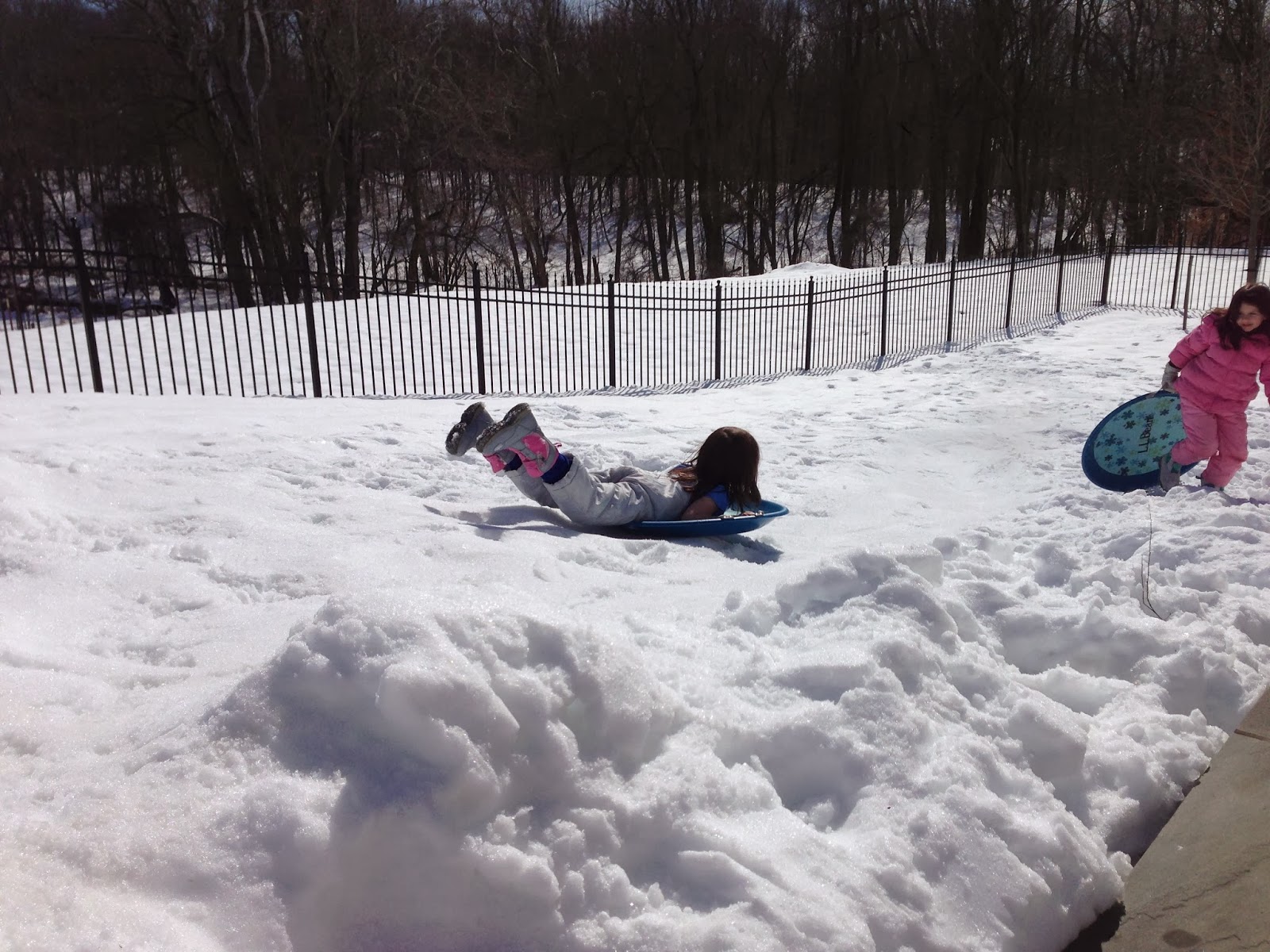 The girls have a blast with the fresh snow but they don't squander the older more frozen stuff either. 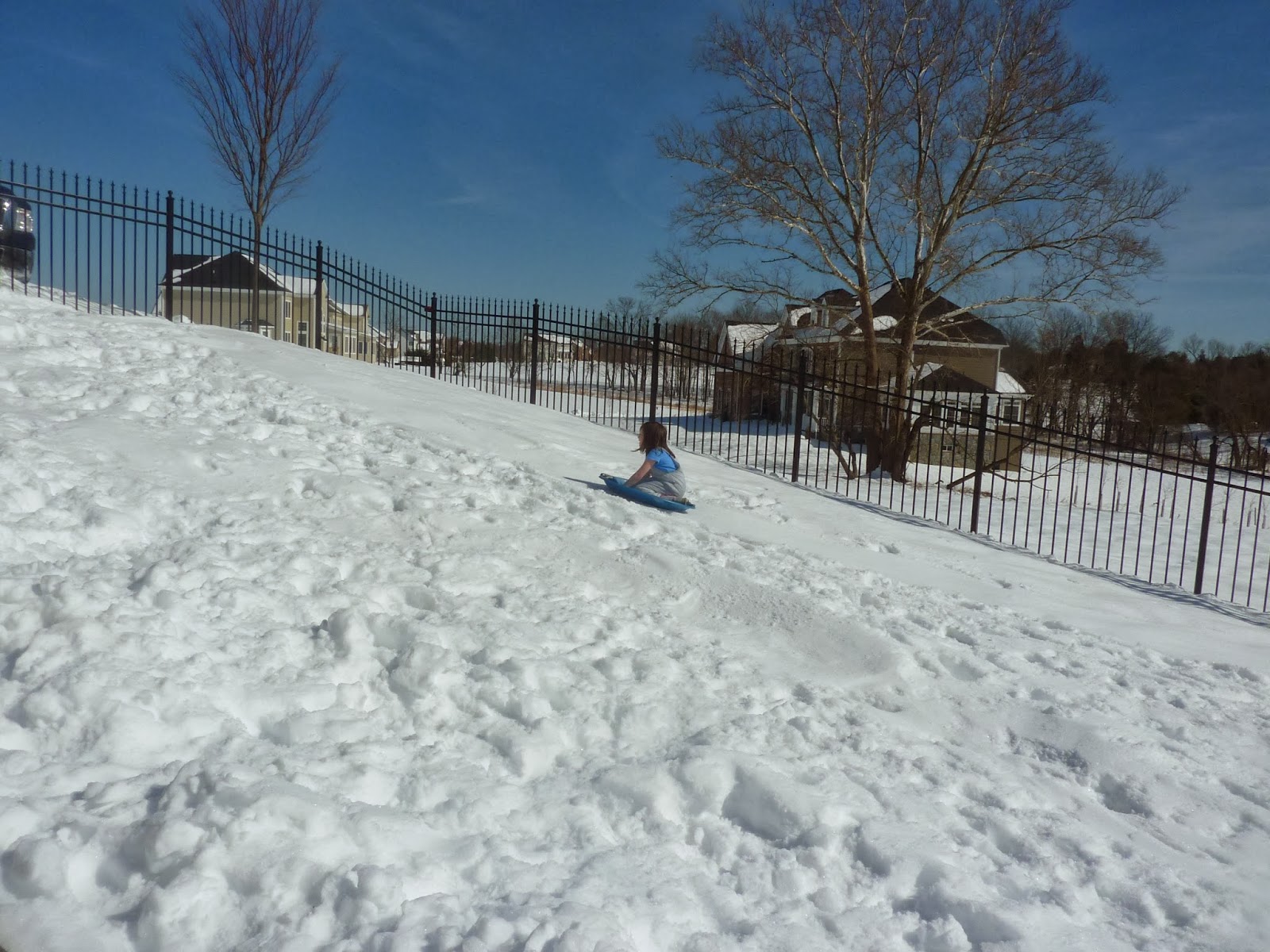 The harder, more frozen snow is perfect for sledding and this slope is on the side of our fenced-in back yard, so I don't even have to monitor anything. Wohoo! 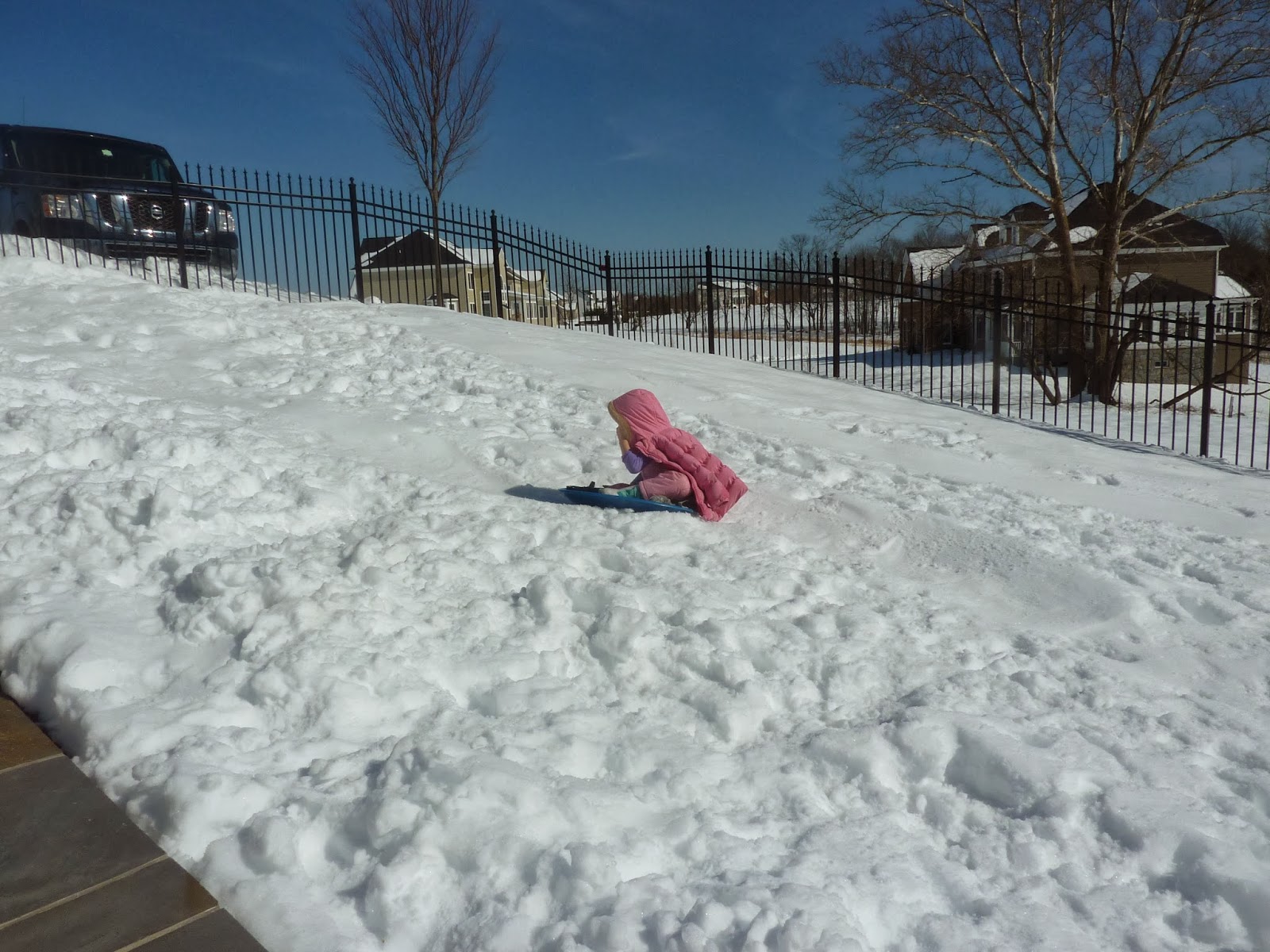 They went out just about every morning they could until there was none left. They are enjoying playing outside without snow, particularly with Rosie, but there are still definite hopes in this house for more snow before Spring sets in for good.

Posted by Katherine at 7:50 AM