On Monday, my little monkey turned three years old. On the one hand, I can't believe she is three already. On the other hand, I'm counting down until she is four. :) 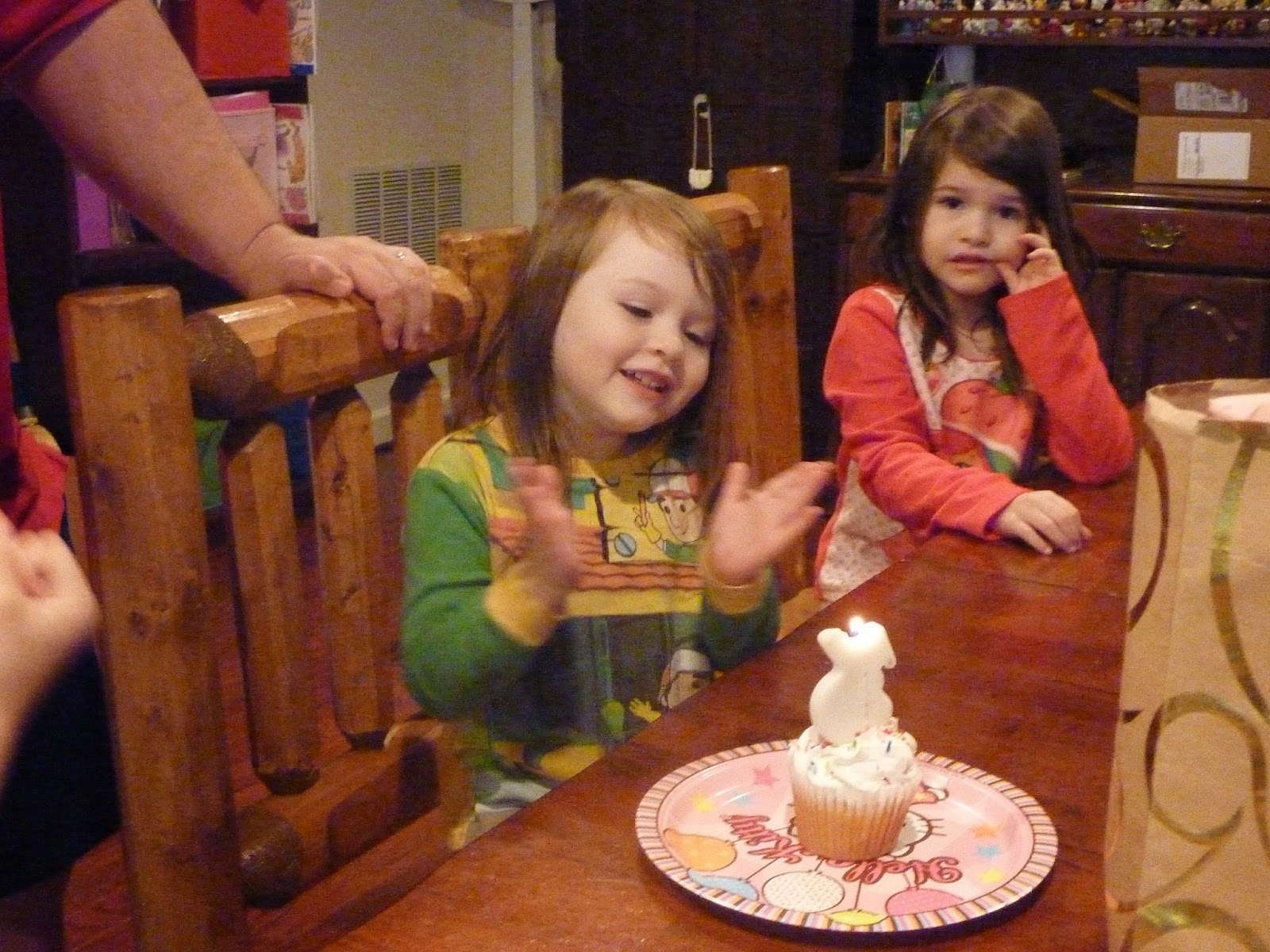 Ever my happy girl, she clapped and sang along to our singing of Happy Birthday to her. She loved singing it over and over again after her Sunday party, all day Monday too. 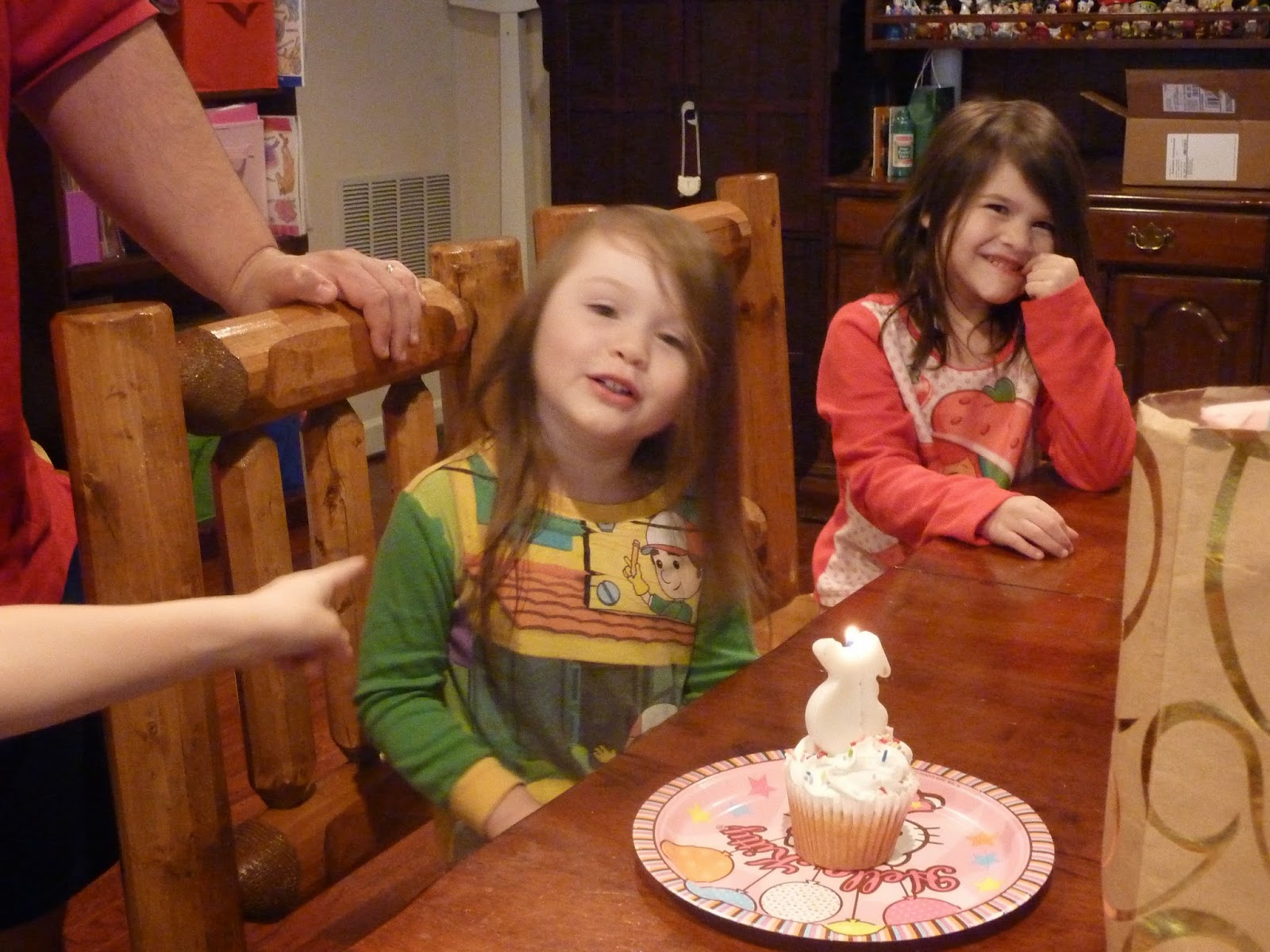 She loves birthdays, anyone's birthday, but I do think she liked her own best. 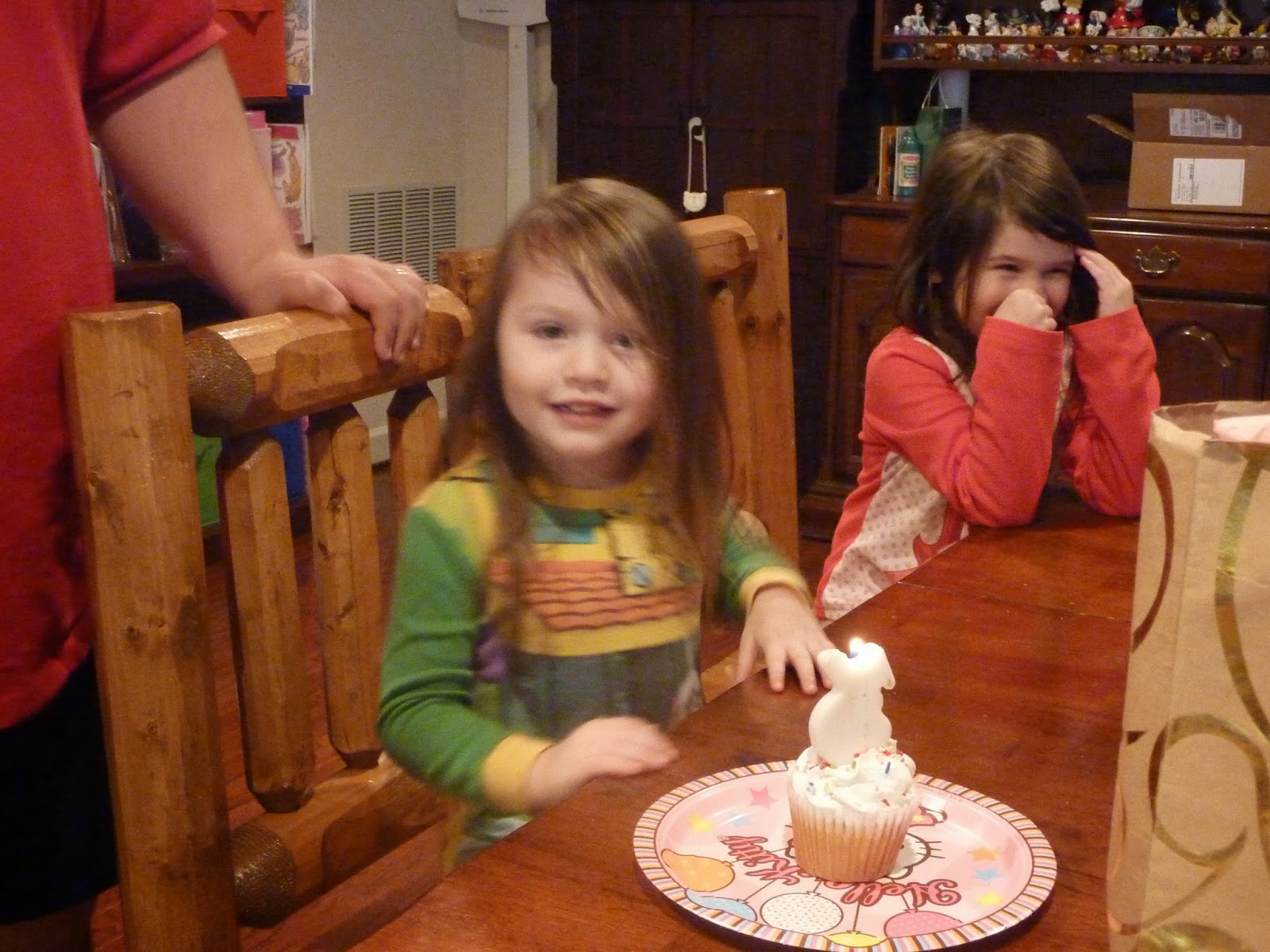 We picked up cupcakes from a local bakery and kept it pretty simple. It was nice to have a simple party after Felicity's Lego bash and Cecilia's Frozen party. 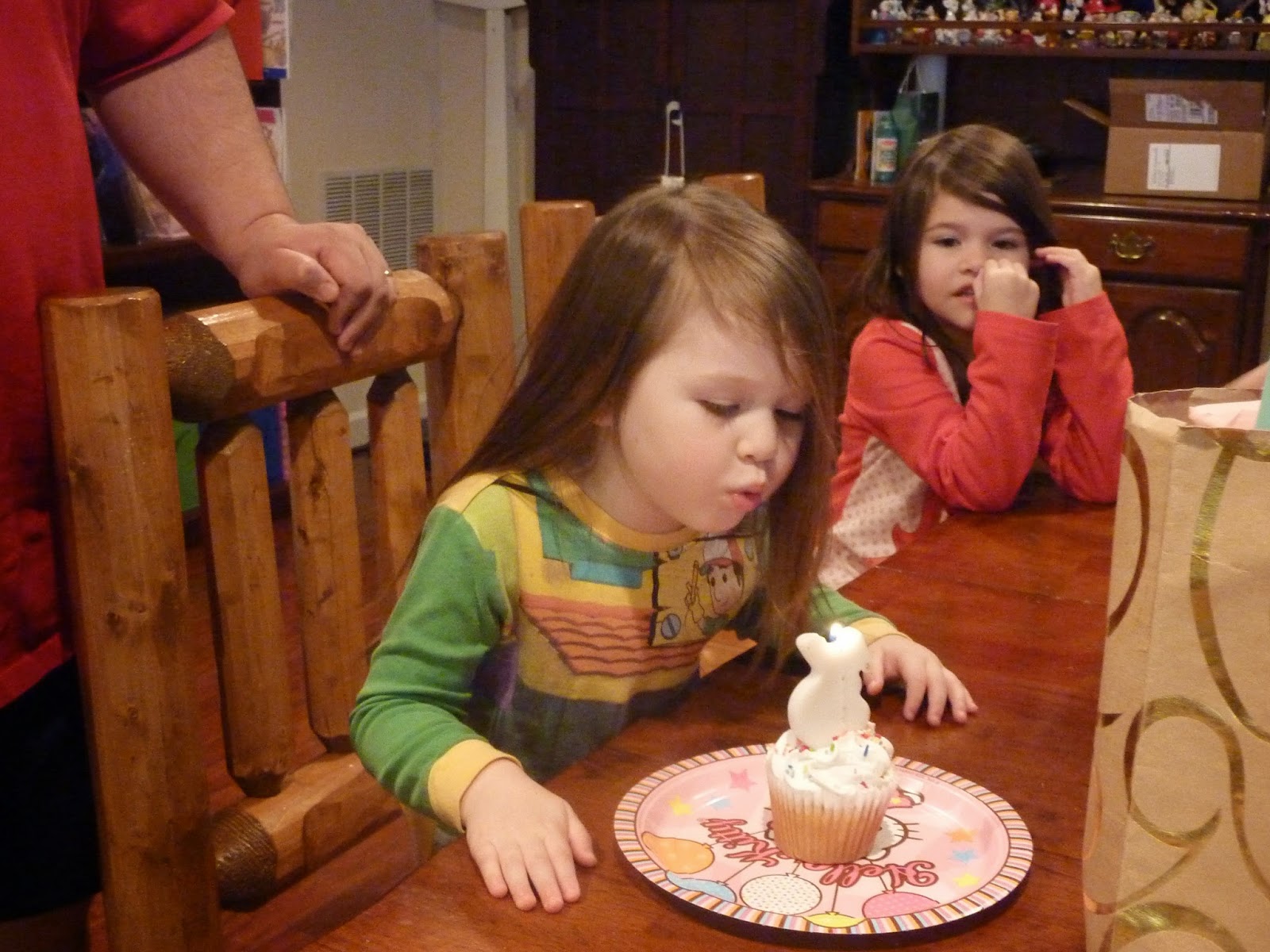 It took her a couple of blows but she nailed it. 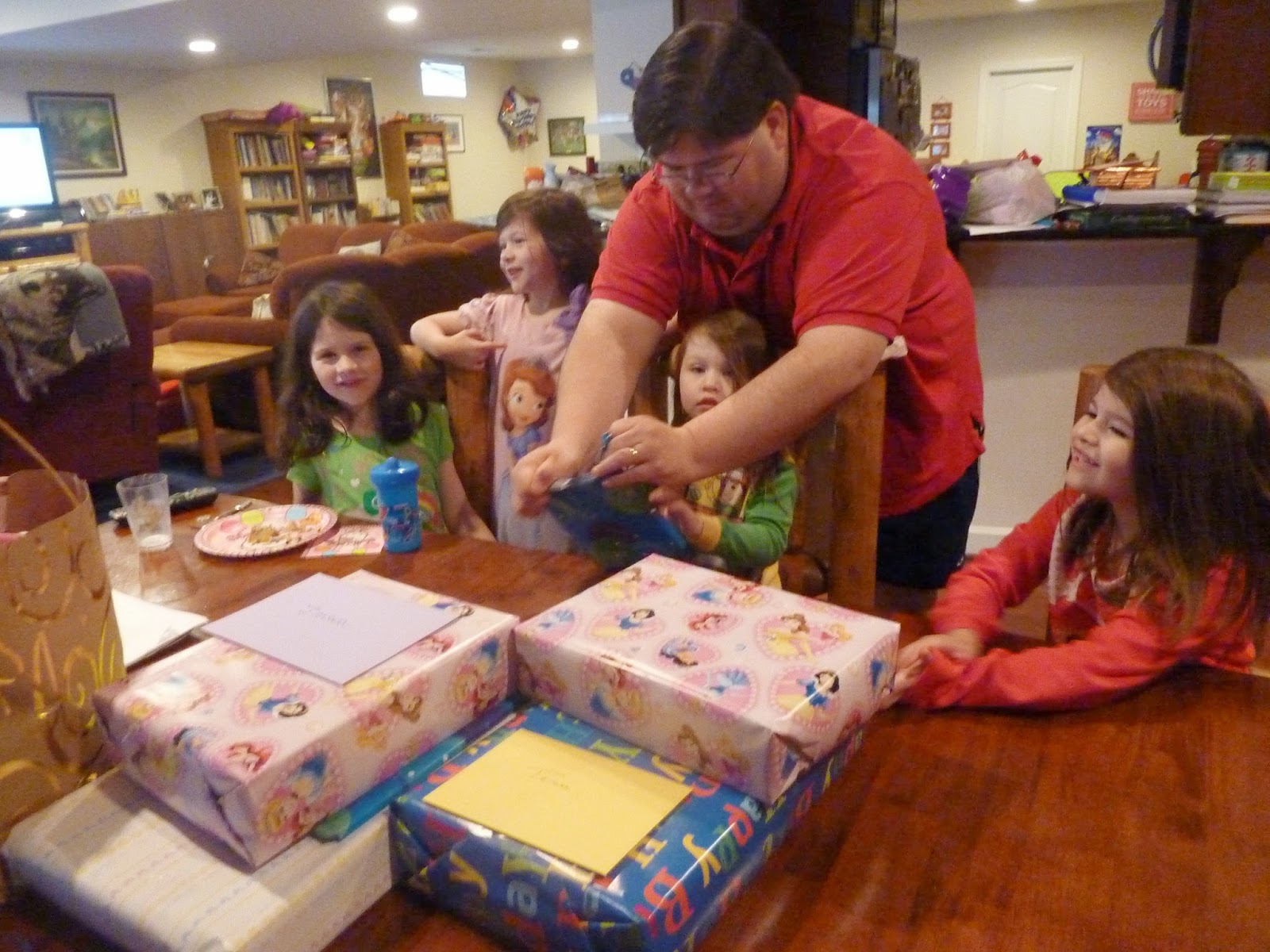 Daddy had to help her get started on her presents. 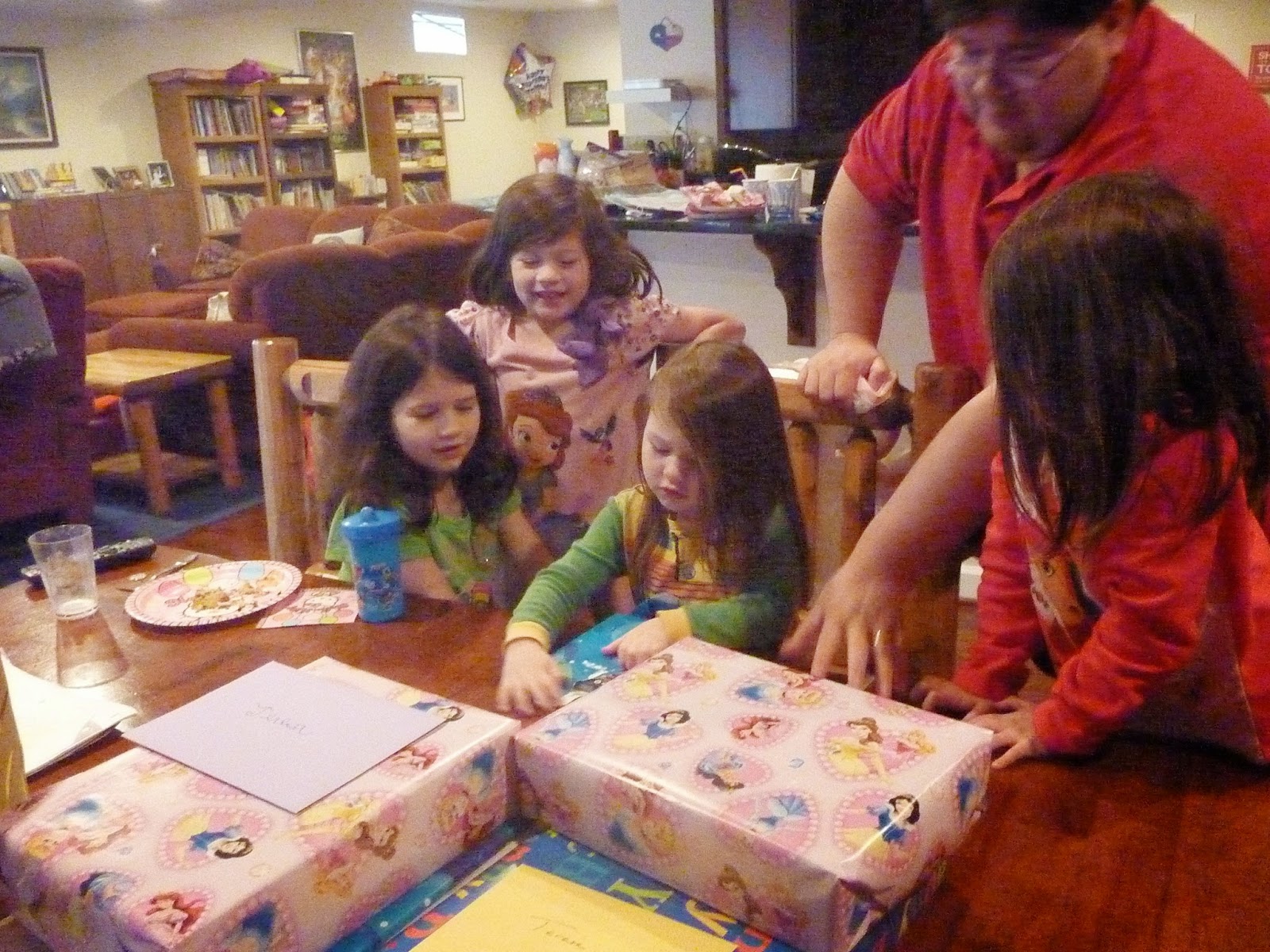 She used to just distribute presents, even her own. She is so cute now that she understands she can open them. 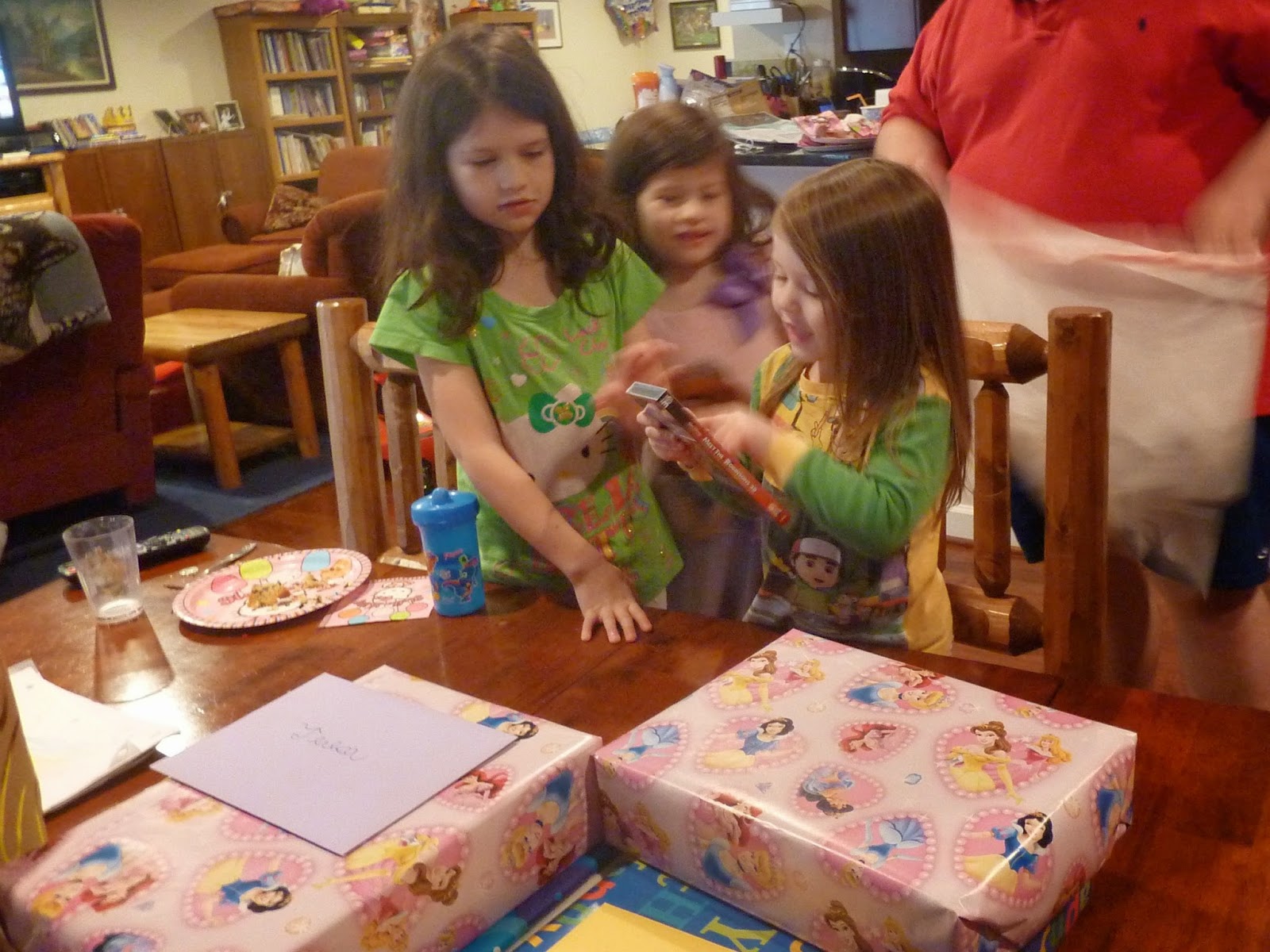 She got the Blu-Ray/DVD/Digital edition of Meet the Robinsons, a movie she loves. 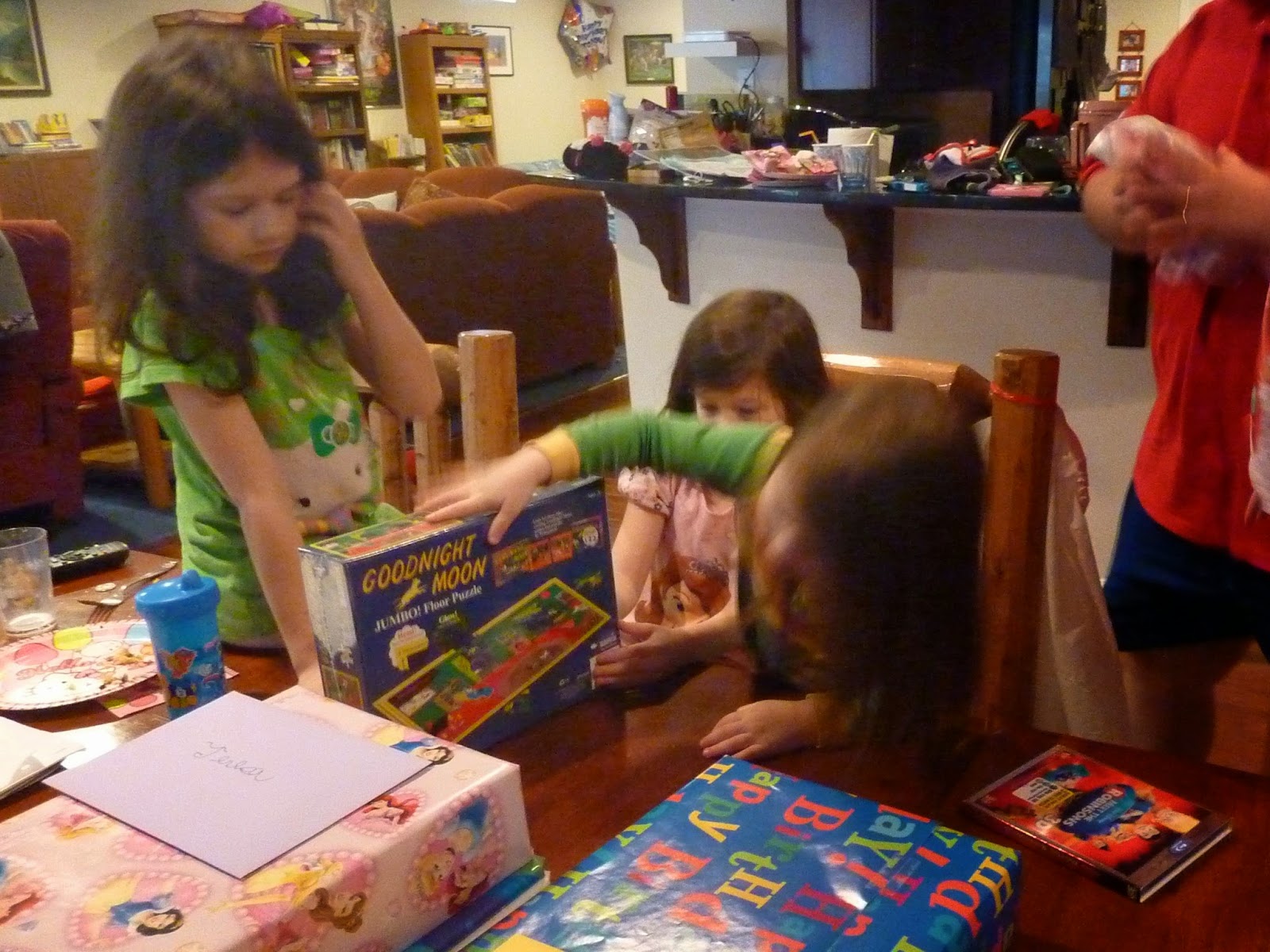 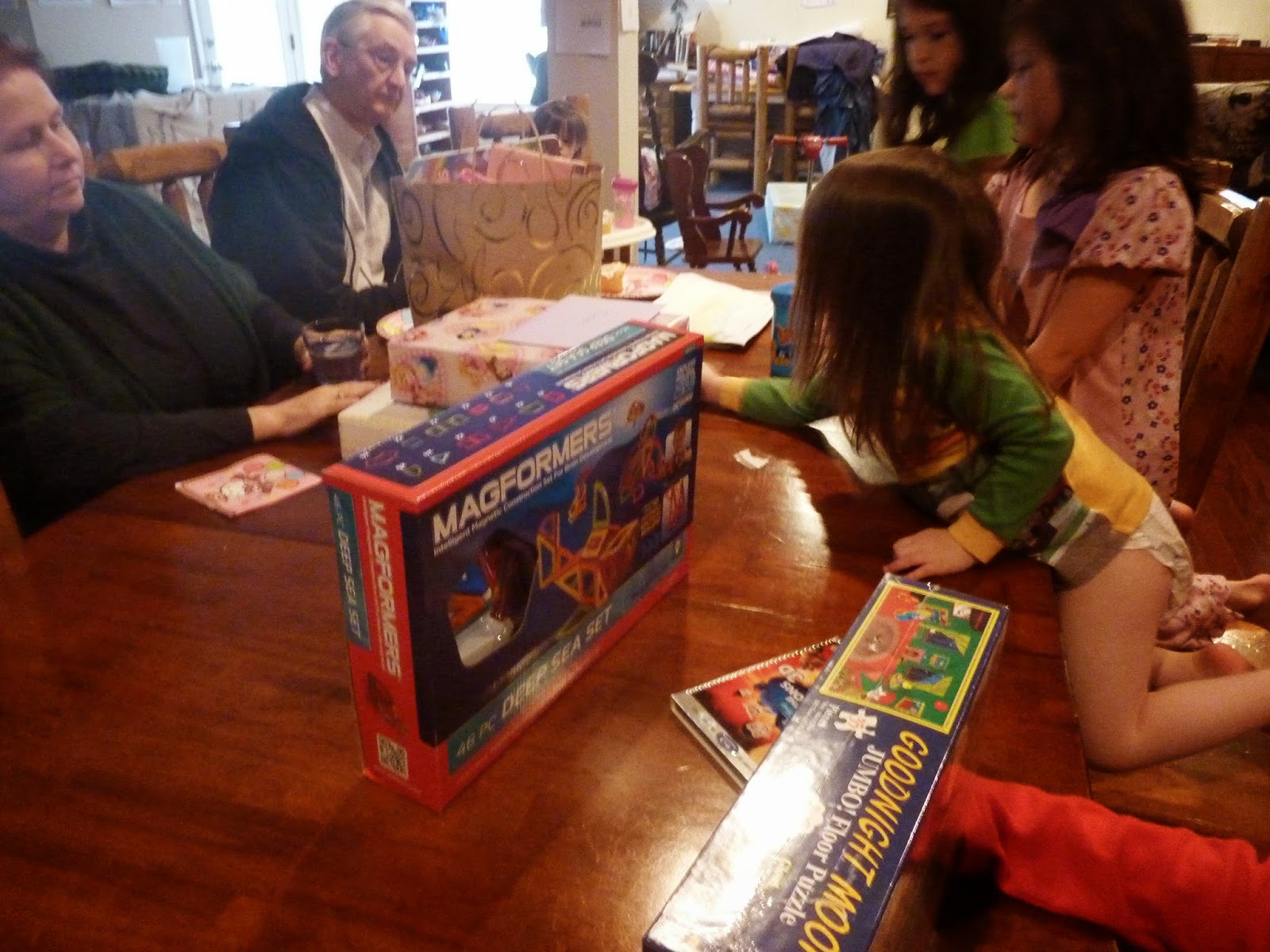 Magformers. They are magnets in different shapes you can use to build all sorts of things. My grandparents had gotten the girls two basic sets of a similar item for Christmas two years ago and I've wanted to expand the set but couldn't find anything that was under $100 for a single set. This is a similar product but less expensive. 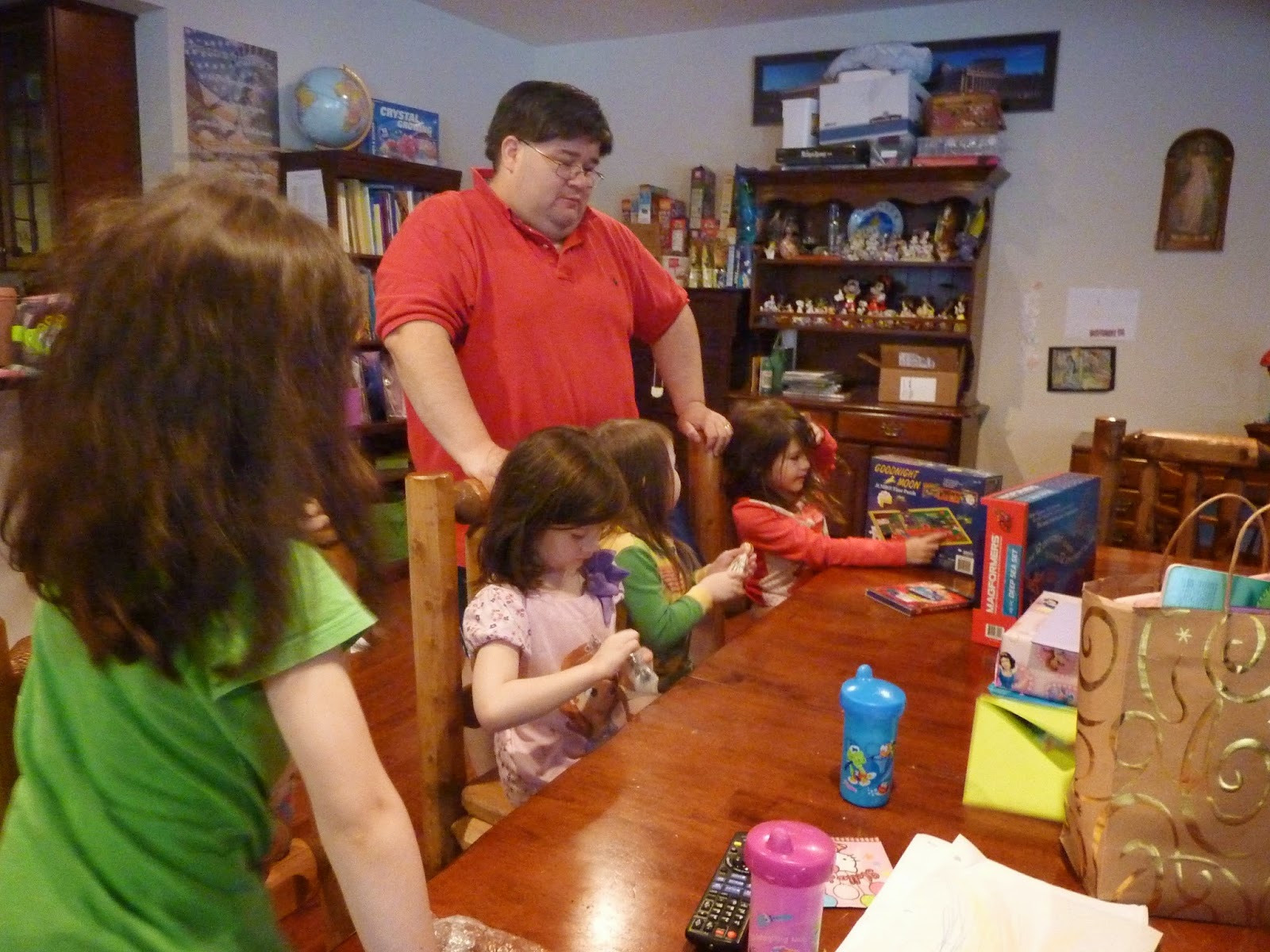 Felicity helped Teresa open her St. Luke's Brush figures of St. Teresa of Avila and Our Lady of the Rosary. Since Teresa's middle name is Marie, after Mary, I pulled up pictures of each kind of Mary they offered and that was the one she picked. 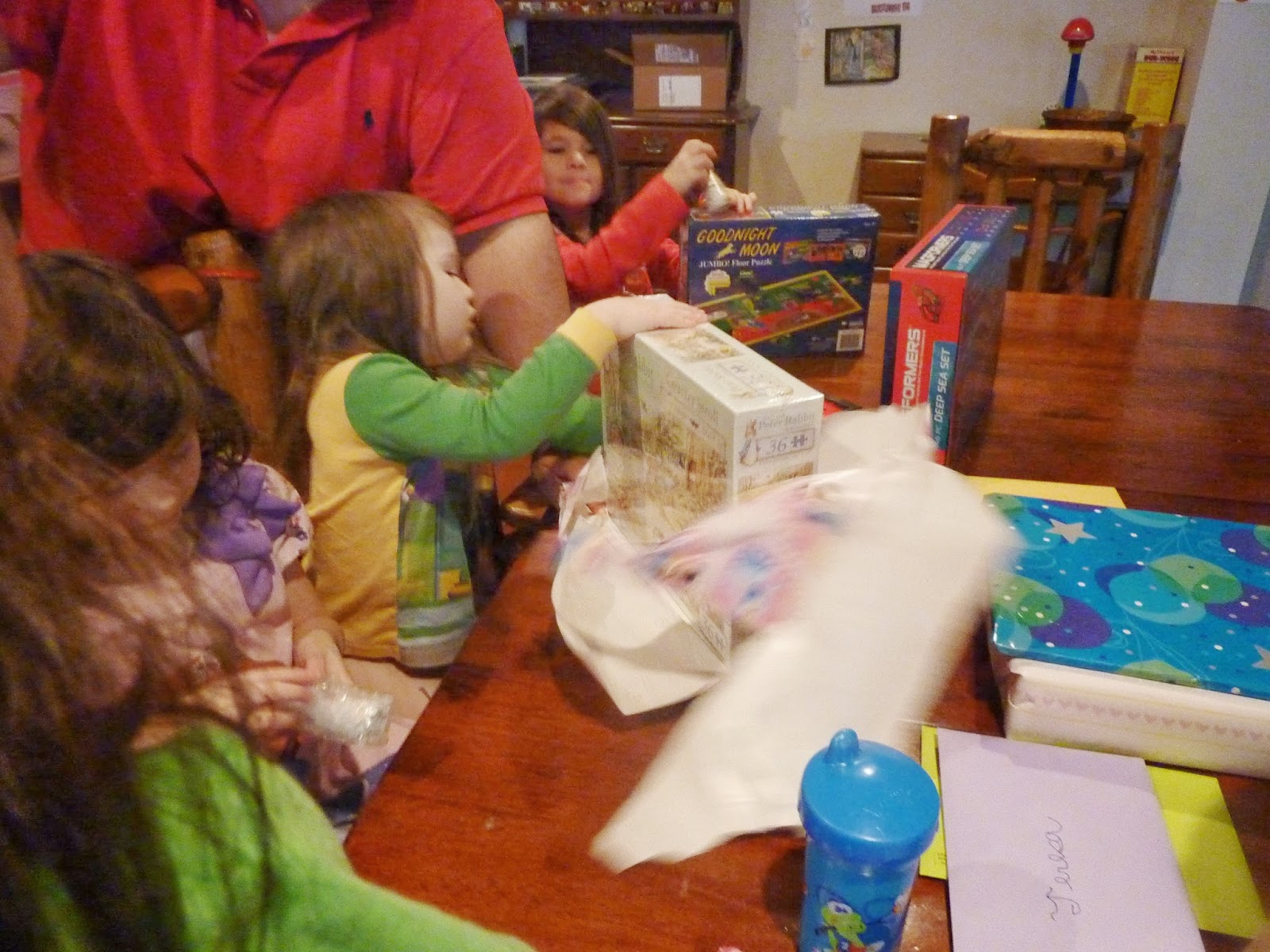 She got a Peter Rabbit floor puzzle. 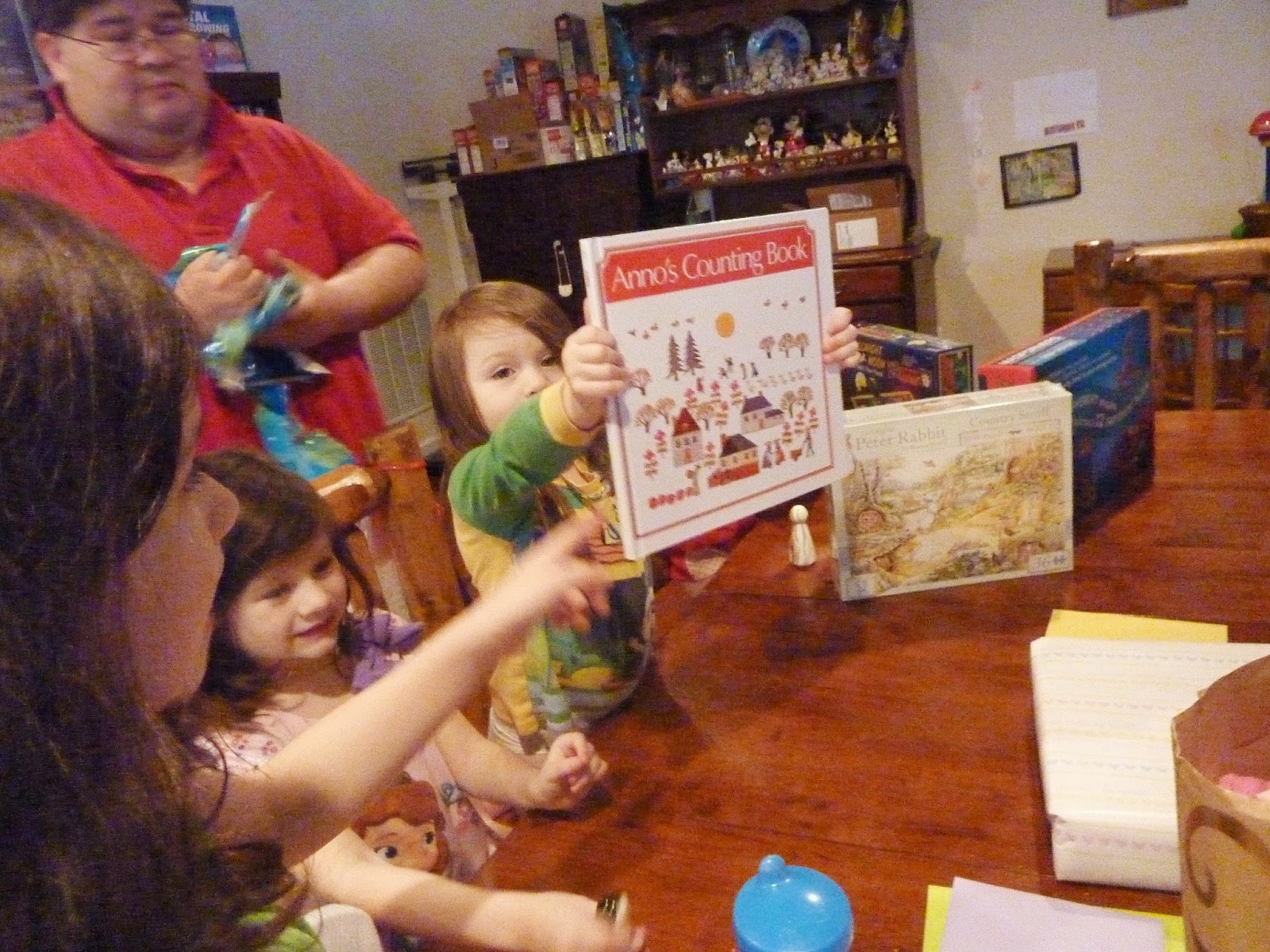 And Anno's Counting book. She LOVES to count and I've heard her count up to 14 before she gets confused. I even had a hard time getting her to say she was now three years old because every time I'd say three, she'd jump in with four, five, six, etc. 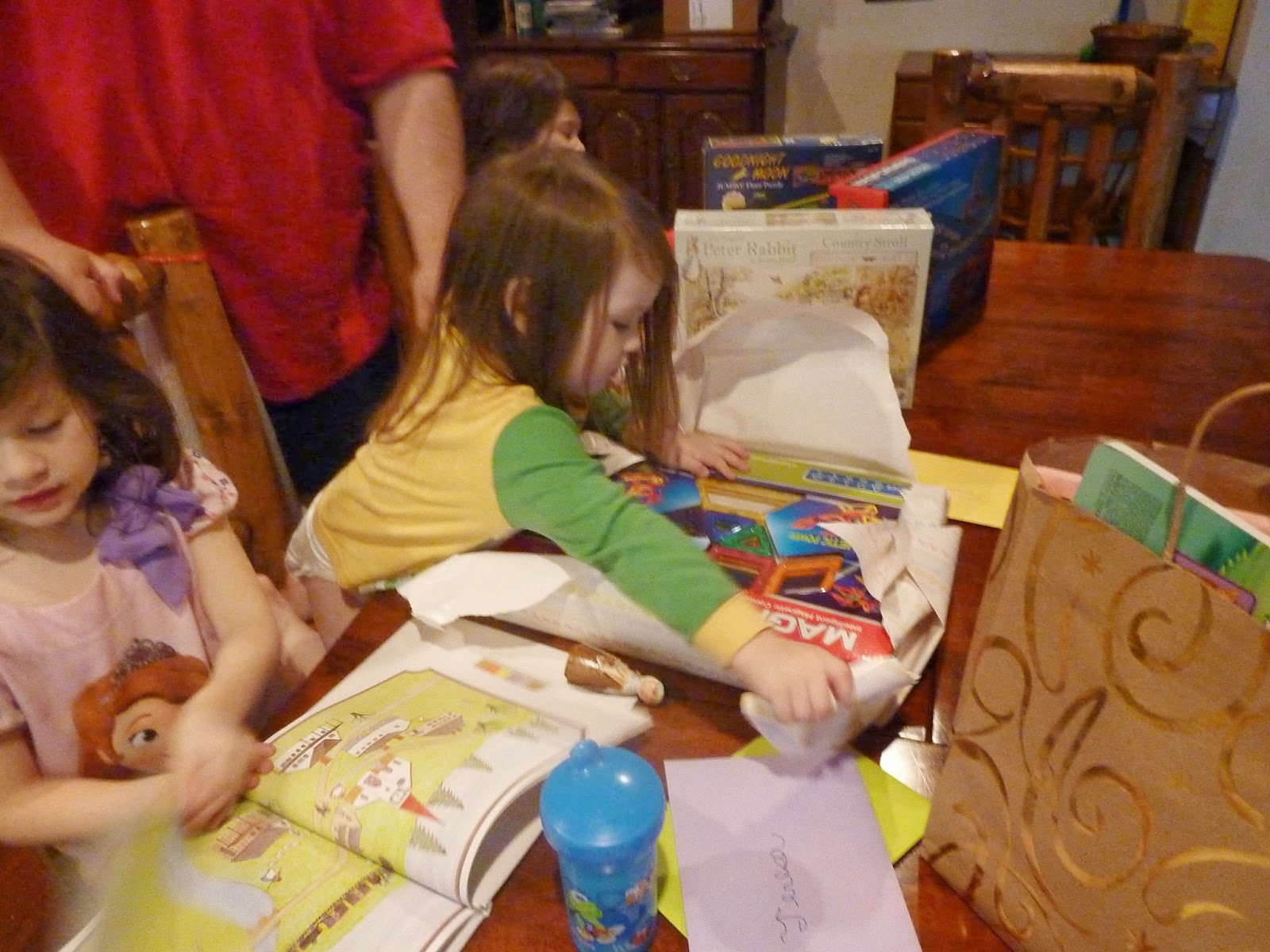 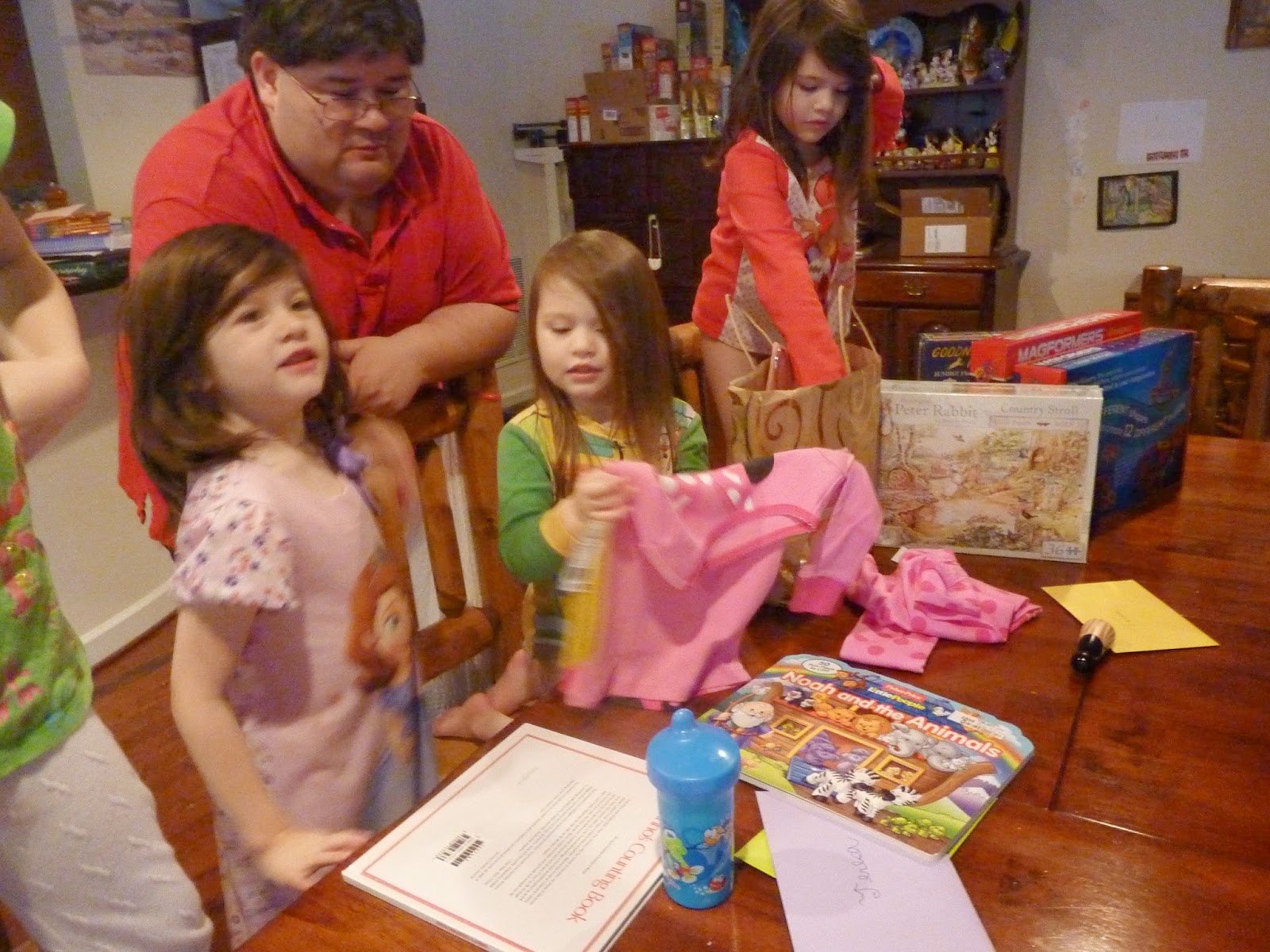 She also got a lift-the-flap book about Noah - perhaps tons more fun than the movie? :) 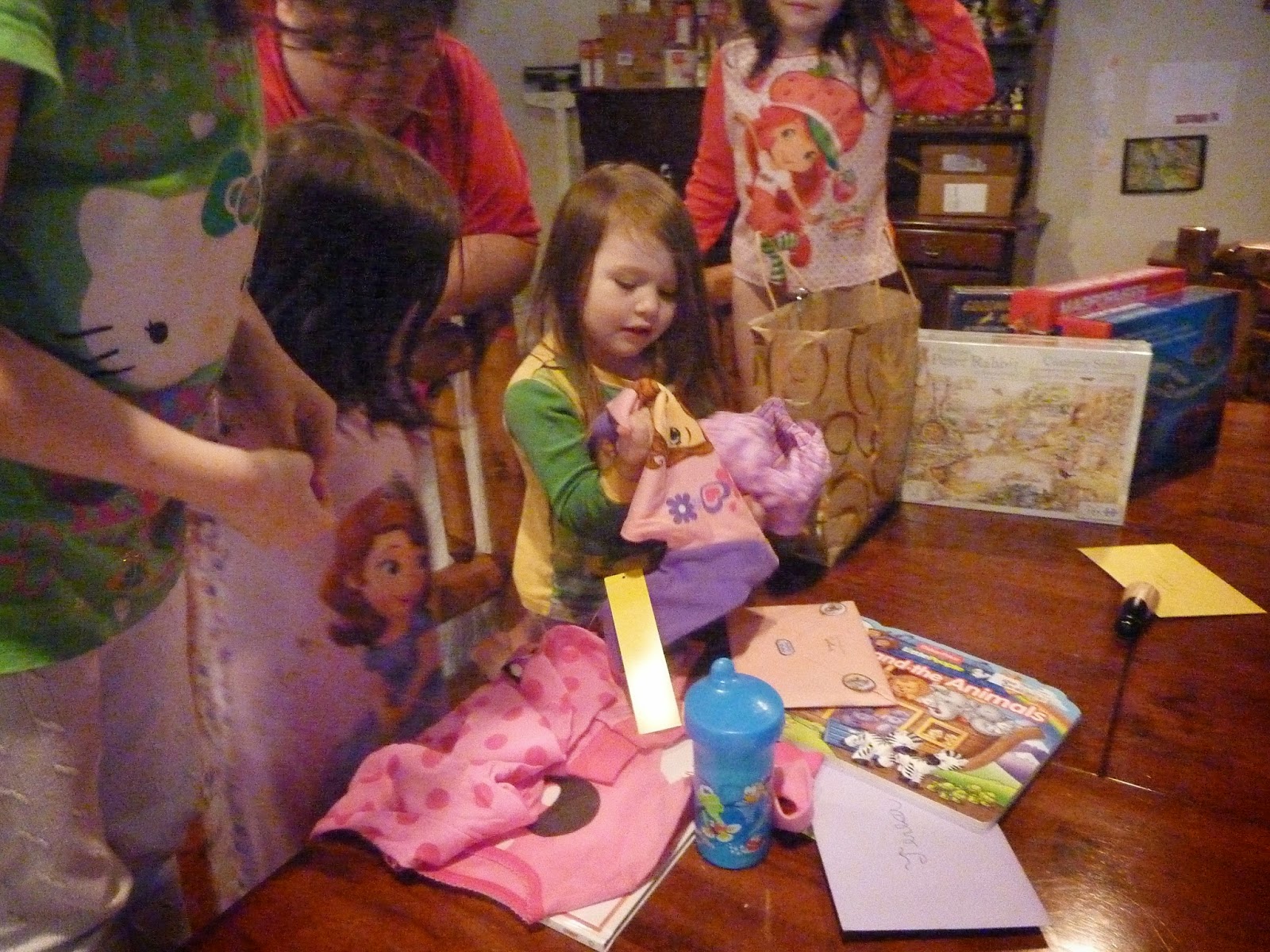 And a few new pairs of pajamas.

In honor of Teresa's third birthday, we do want to make a special trip to the zoo. She is my little wild one and loves monkeys, giraffes and to roar. At the Baltimore Zoo she can even feed a giraffe, so it should be perfect for my little monkey. Unfortunately we haven't found a good date yet as March and April were/are crazy busy and the day of her party had rain, freezing rain, and then snow. But hopefully soon.