Sorry about the sparse posting. I'm in that peak of the first trimester where I basically find breathing too laborious and just want to lay in bed all day. Unfortunately 5 little munchkins will hear nothing of it, so, for what it is worth, my blog has been about as neglected as my home. But, fear not, the second trimester is coming and hopefully things will improve.

I had been watching Once Upon a Time but after last weeks episode, IMHO, they have not only jumped the shark but ridden it to the rodeo and off into the sunset. Frankly I think the Wicked Witch of the West was a horrible move... She has been done multiple ways and they haven't done anything creative with her. No one seems to wonder who she is or why she is so interested in Snow Whites baby -Facepalm! And frankly the Rumplestiltzkin/Neil mutant was so over the top in my book I didn't even care if he died. Simply put, I've had it and I quit.

We are still watching S.H.I.E.L.D. And Hells Kitchen. I'm enjoying S.H.I.E.L.D but I think the next episode will either be awesome or really tick me off - we will see. 19 Kids and Counting began up again (that one I DVR and the kids like watching with me) this week and Kitchen Nightmares begins at the end of the month. I'm also thinking of picking up Sherlock but will probably wait until closer to summer.

Last week Teresa got hooked on a new game. 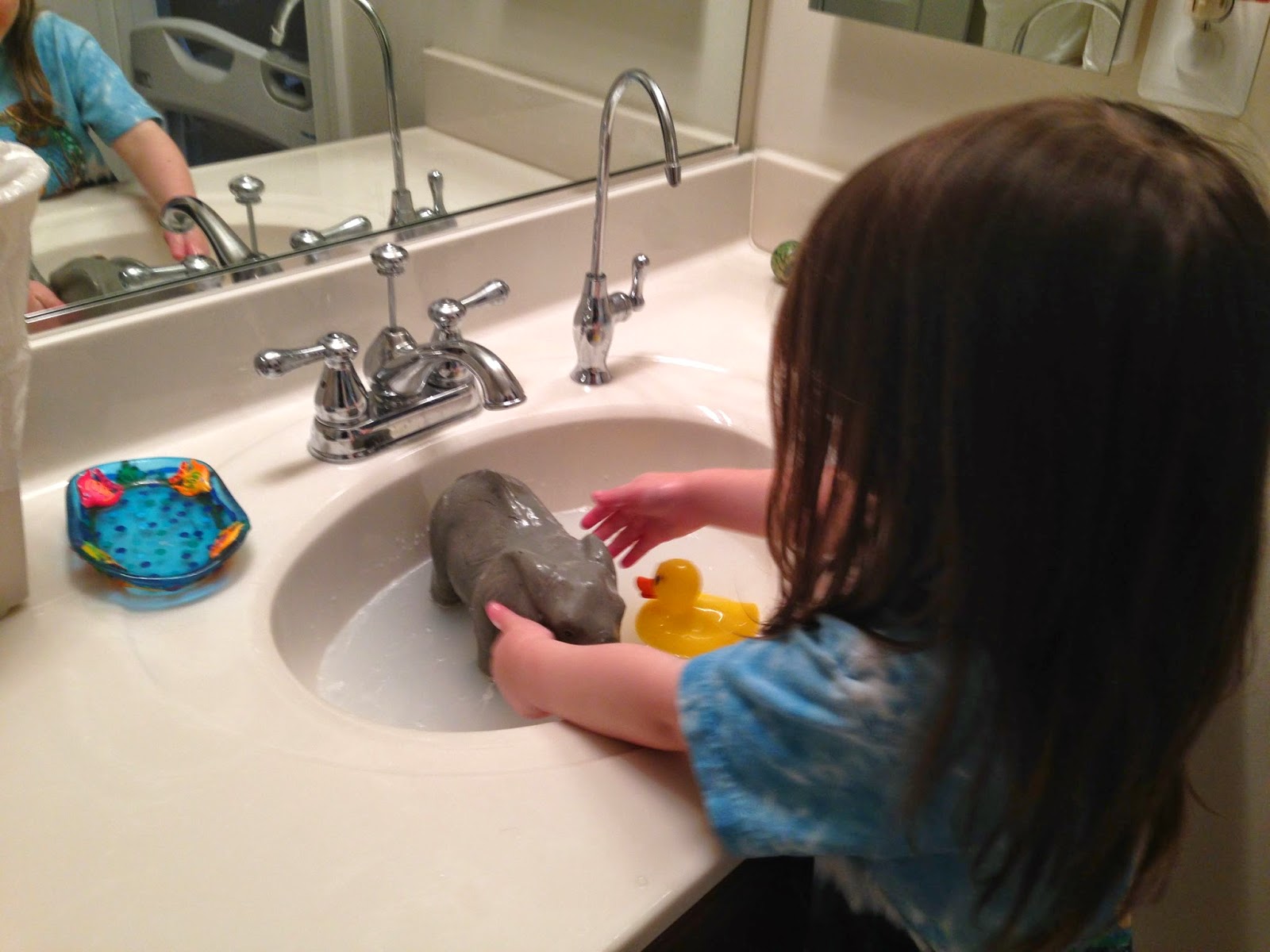 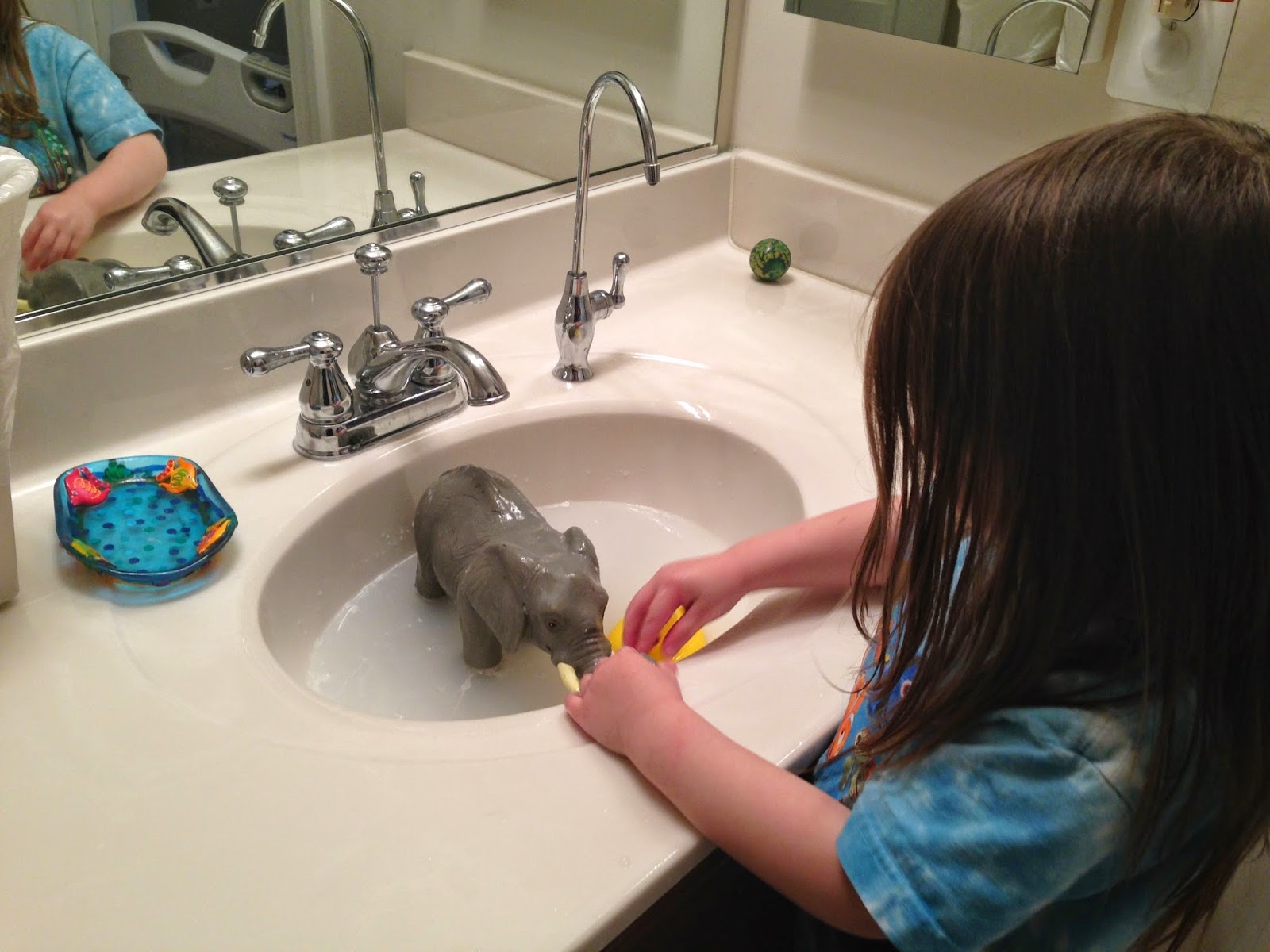 And fill it with soapy water. 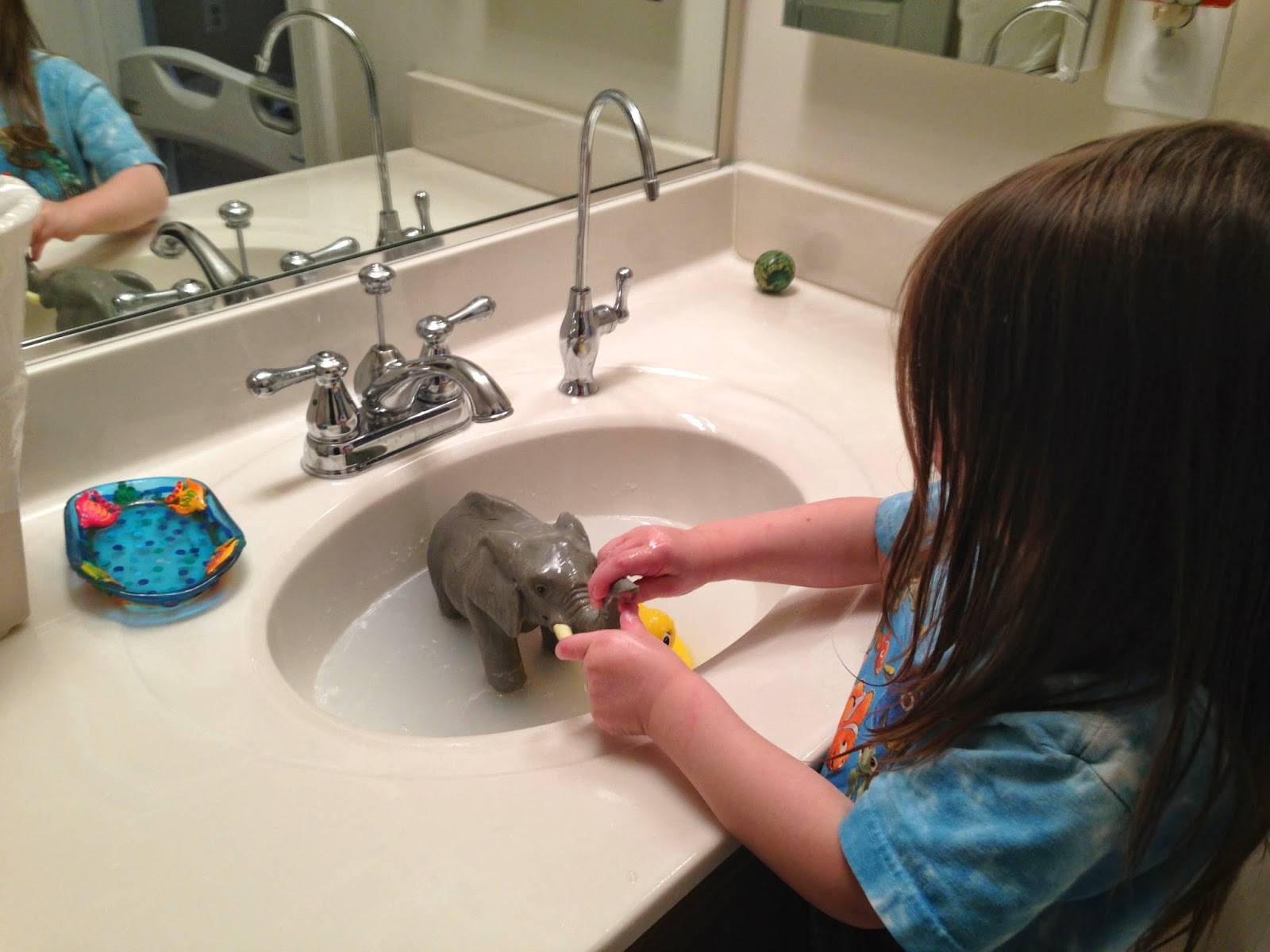 Then she got the idea to bathe her toy animals. 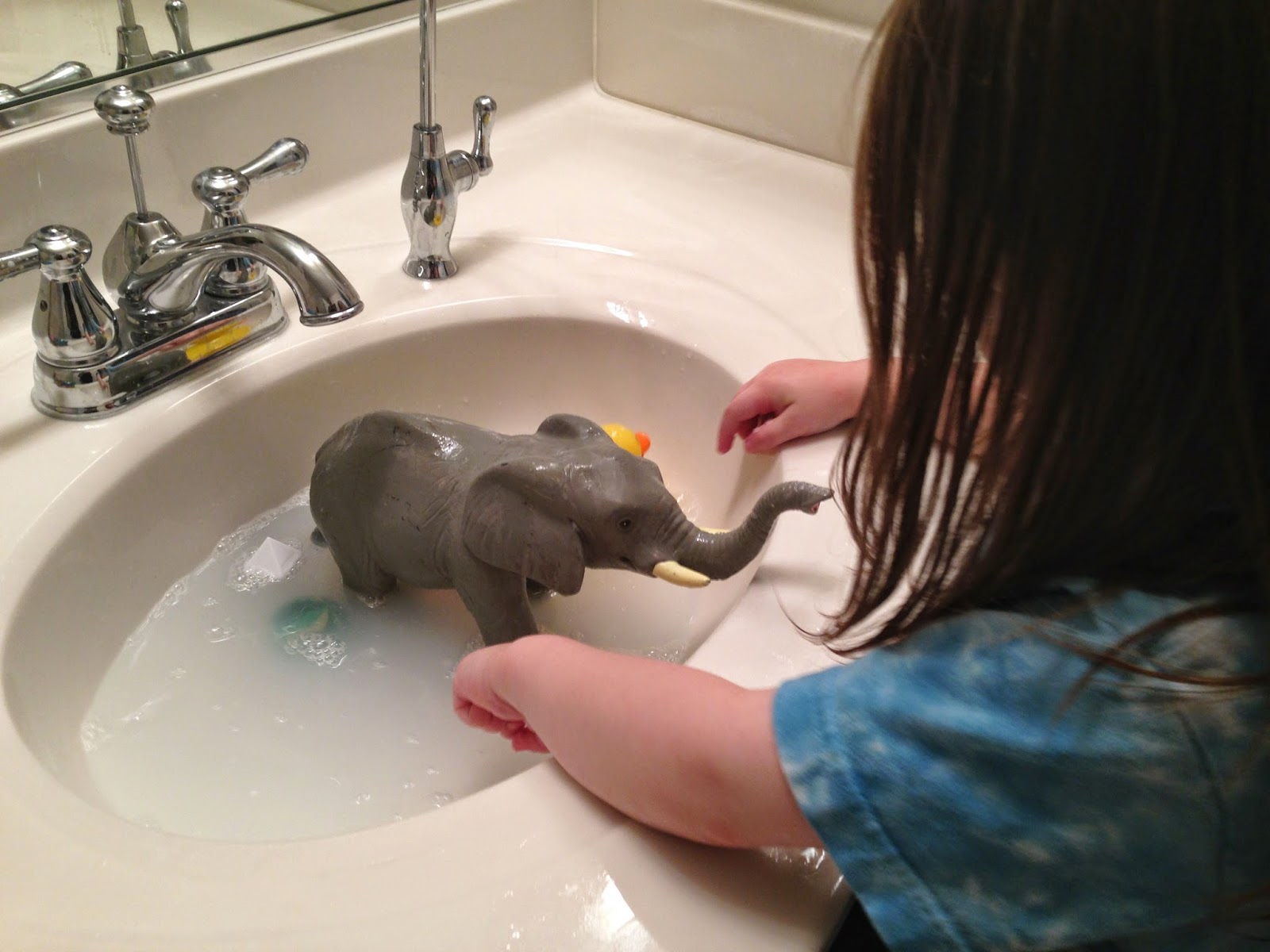 She is particularly fond of bathing the elephant, bear, tiger and lion though her sisters have since joined in and basically have been bathing the entire zoo.

So it was quite a relief this week when it got just warm enough for me to toss them outside to give baths... less mess in the bathroom. 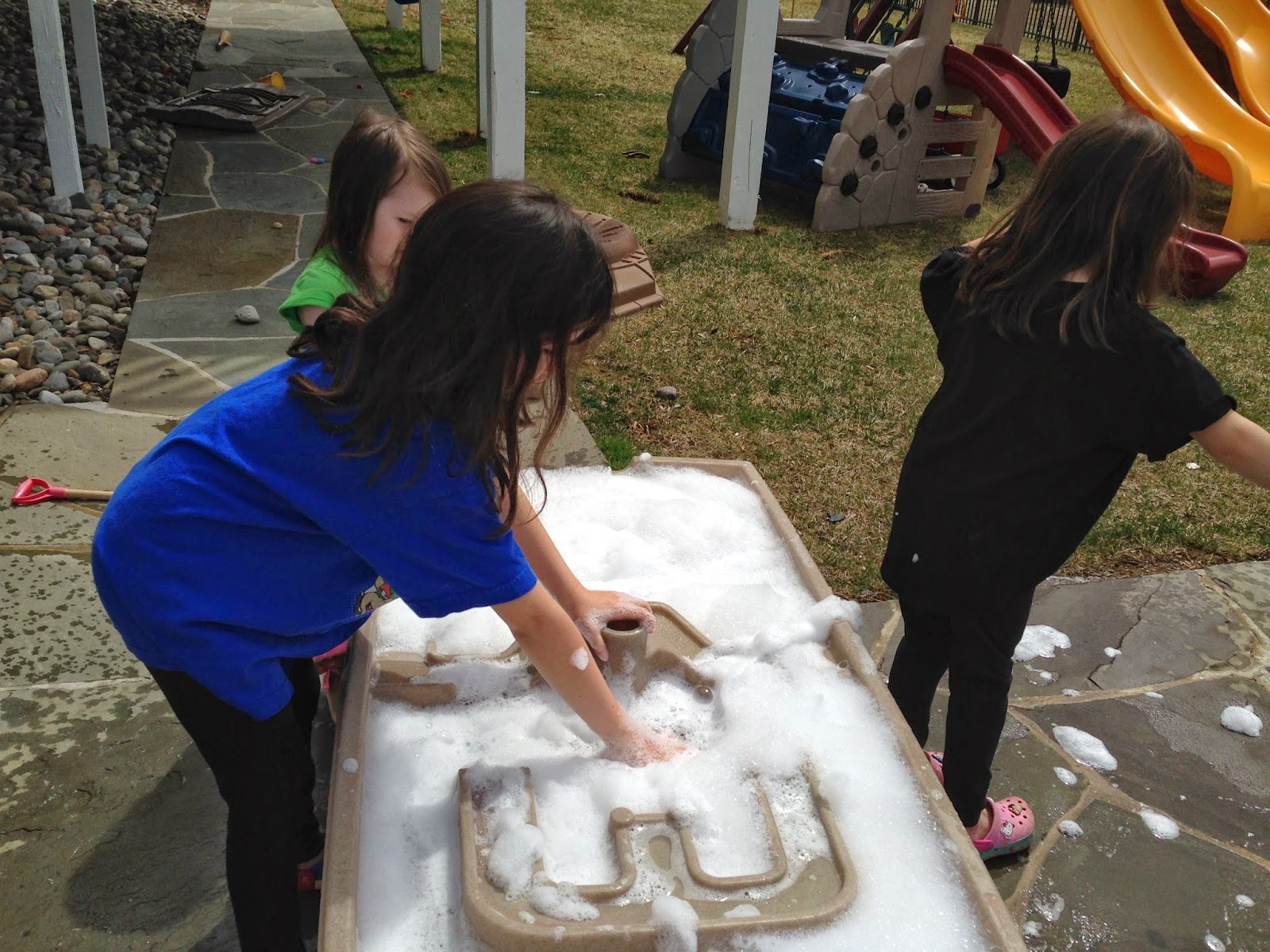 James even picked up a container of bubble bath so we could really make it fun outside. 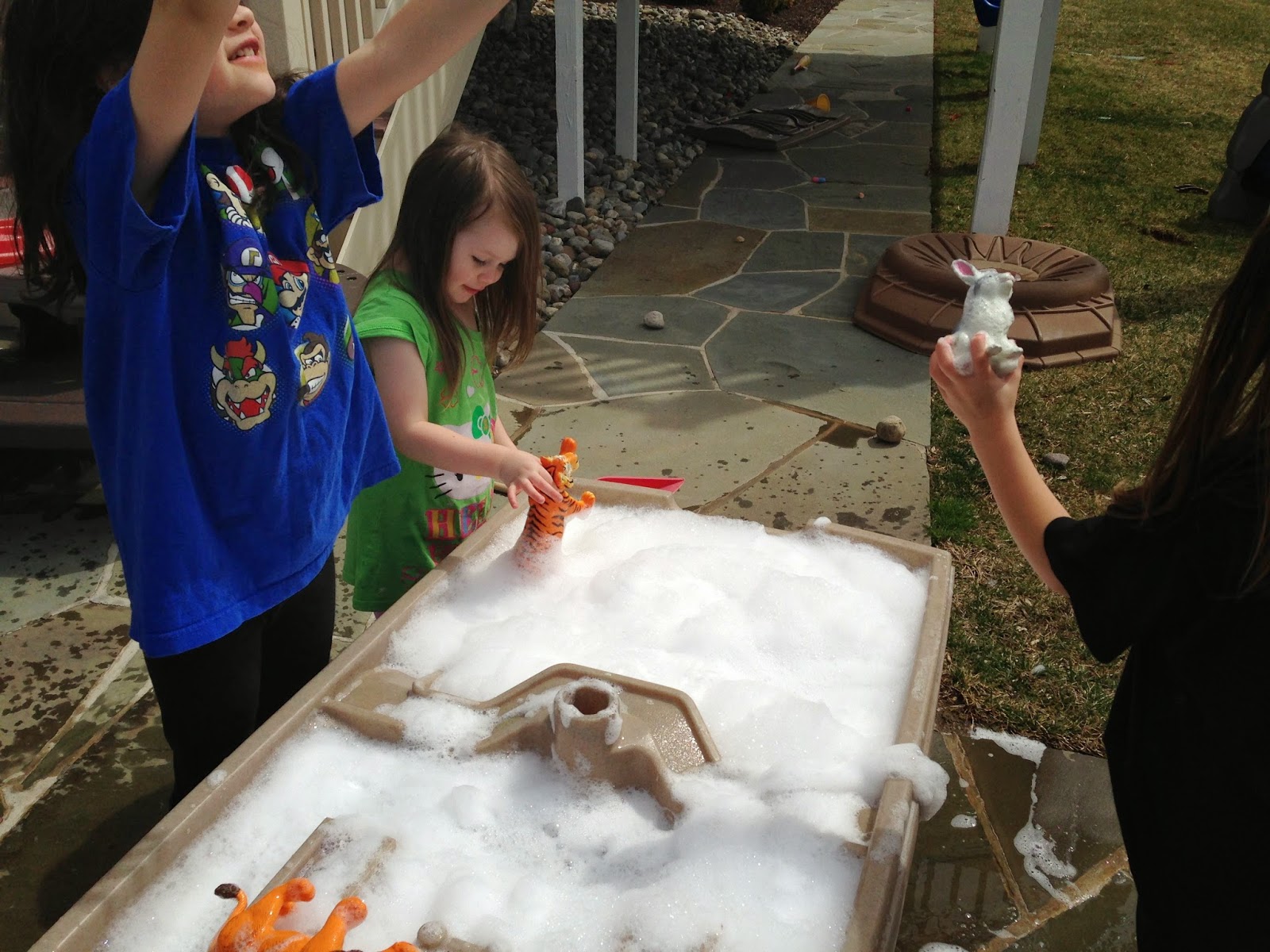 They have been outside giving baths to all sorts of things all week. 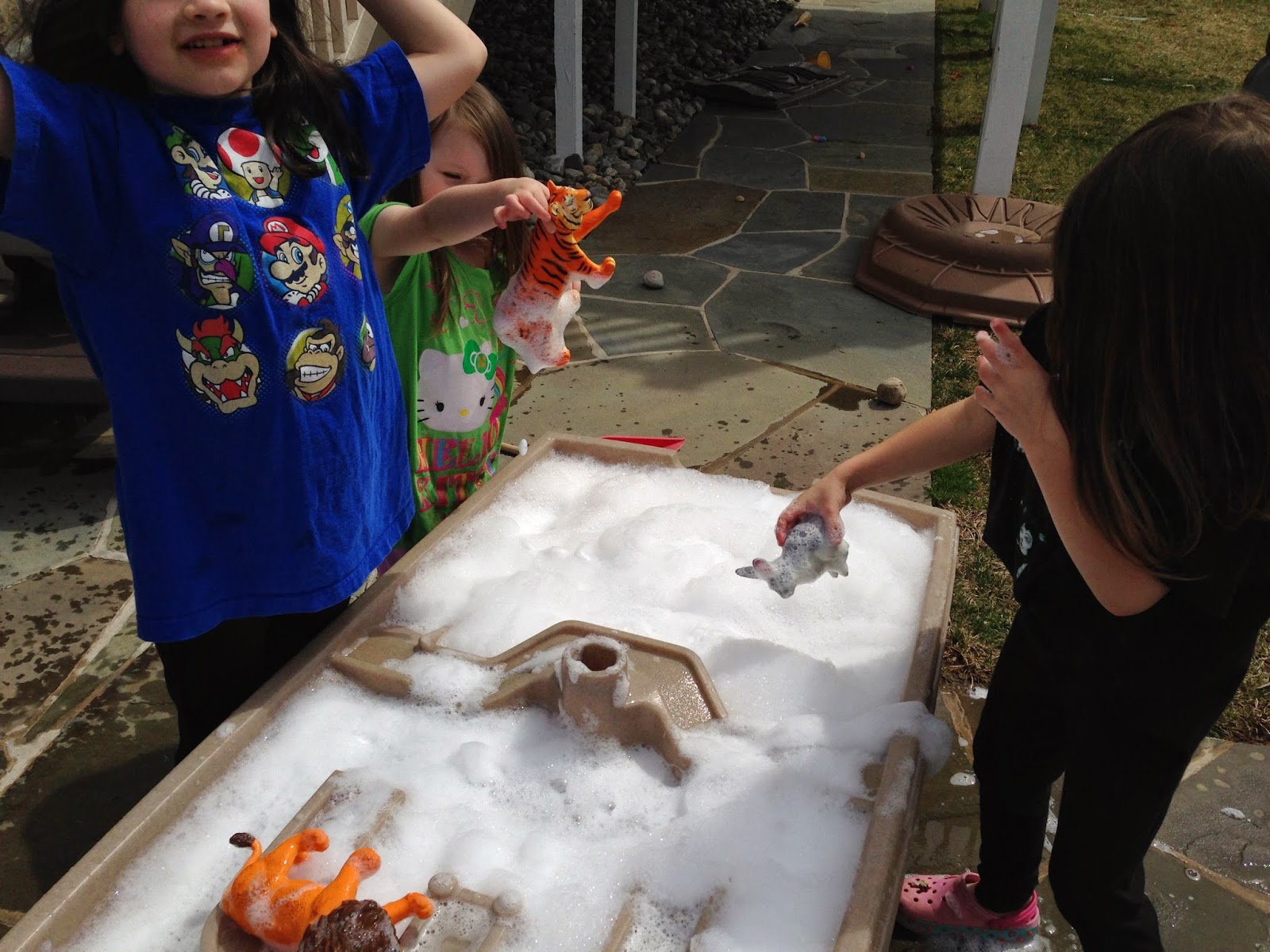 Now if only they'd just let me hose them off outside, everyone's baths would be easy! (Yeah, no, tried that once, but well water is freezing and I'm done chasing them around the yard.)


Teresa found a little Elsa doll and proceeded to reenact the Let It Go scene from the film as Elsa climbs the mountain of books.

She actually knows the song much, much better than this but I guess without the music to help, she kept it simple.

Teresa, always the source of many troubles, discovered the grill uncovered from the high winds. And boy, oh boy, those utensils are just the most awesome toys! 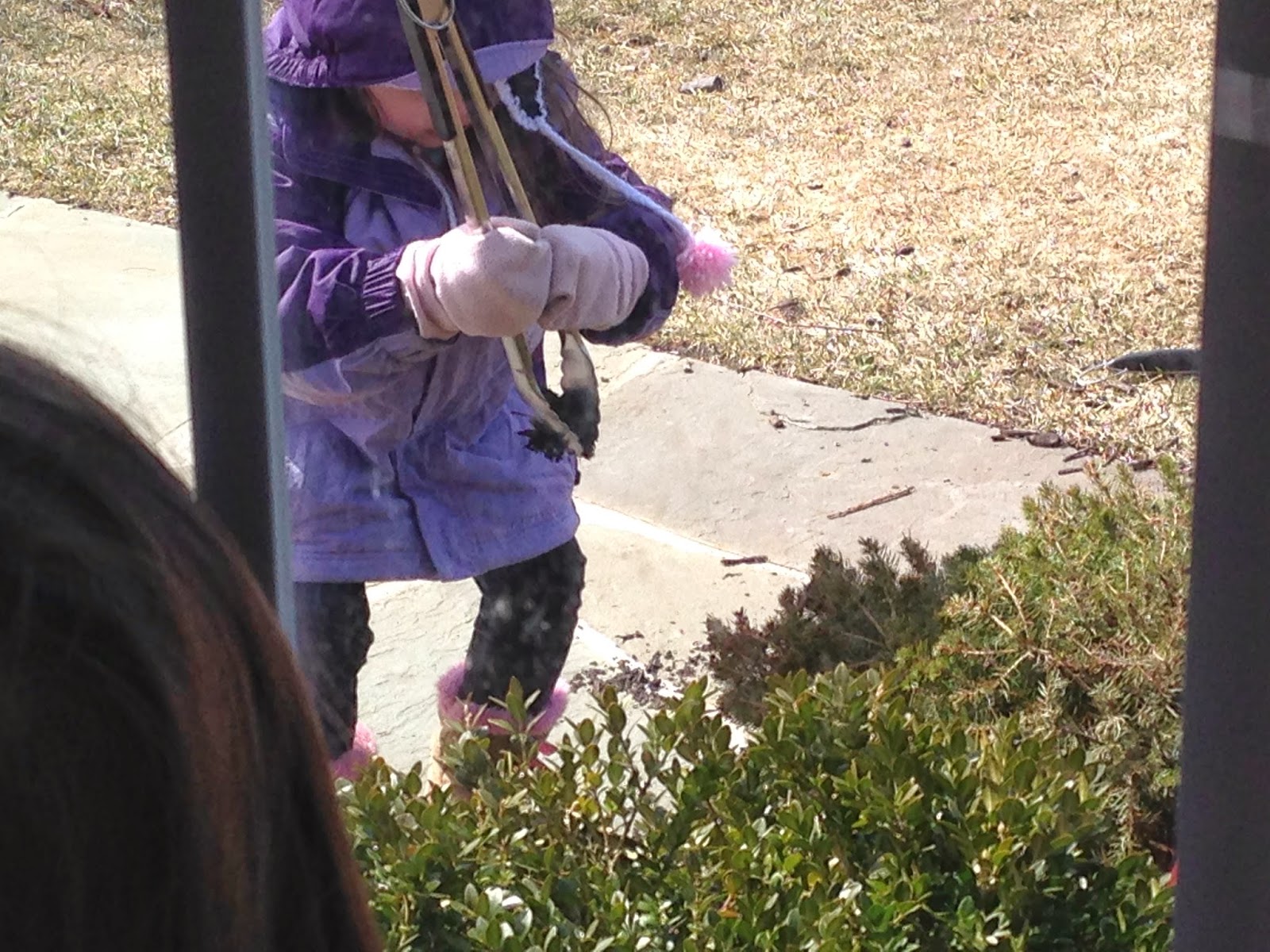 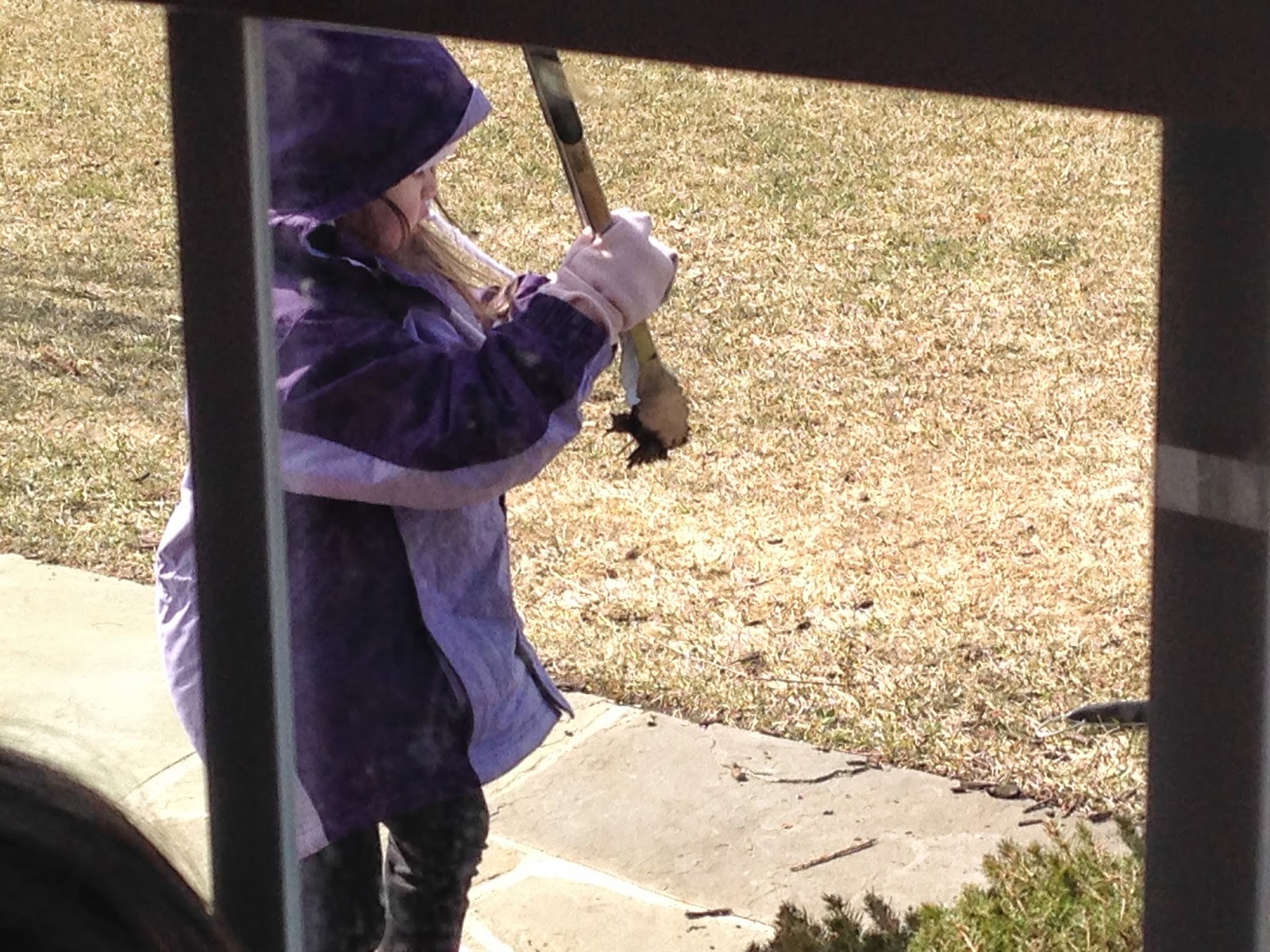 Who knew, right? I'm just glad she didn't skewer herself on the two-pronged fork.

I've been craving meat all week, particularly burgers. I don't know what that means except that this is going to be a very difficult Lenten Friday. I may not make it. Maryland needs a Whataburger, like, now. Right now.

Posted by Katherine at 8:42 AM