Since we had never been to LegoLand before, I planned two days for the visit to make sure we had a chance to do everything we wanted.

We began our second day in the Imagination Zone, which fortunately had Duplo tables to help occupy the younger ones. 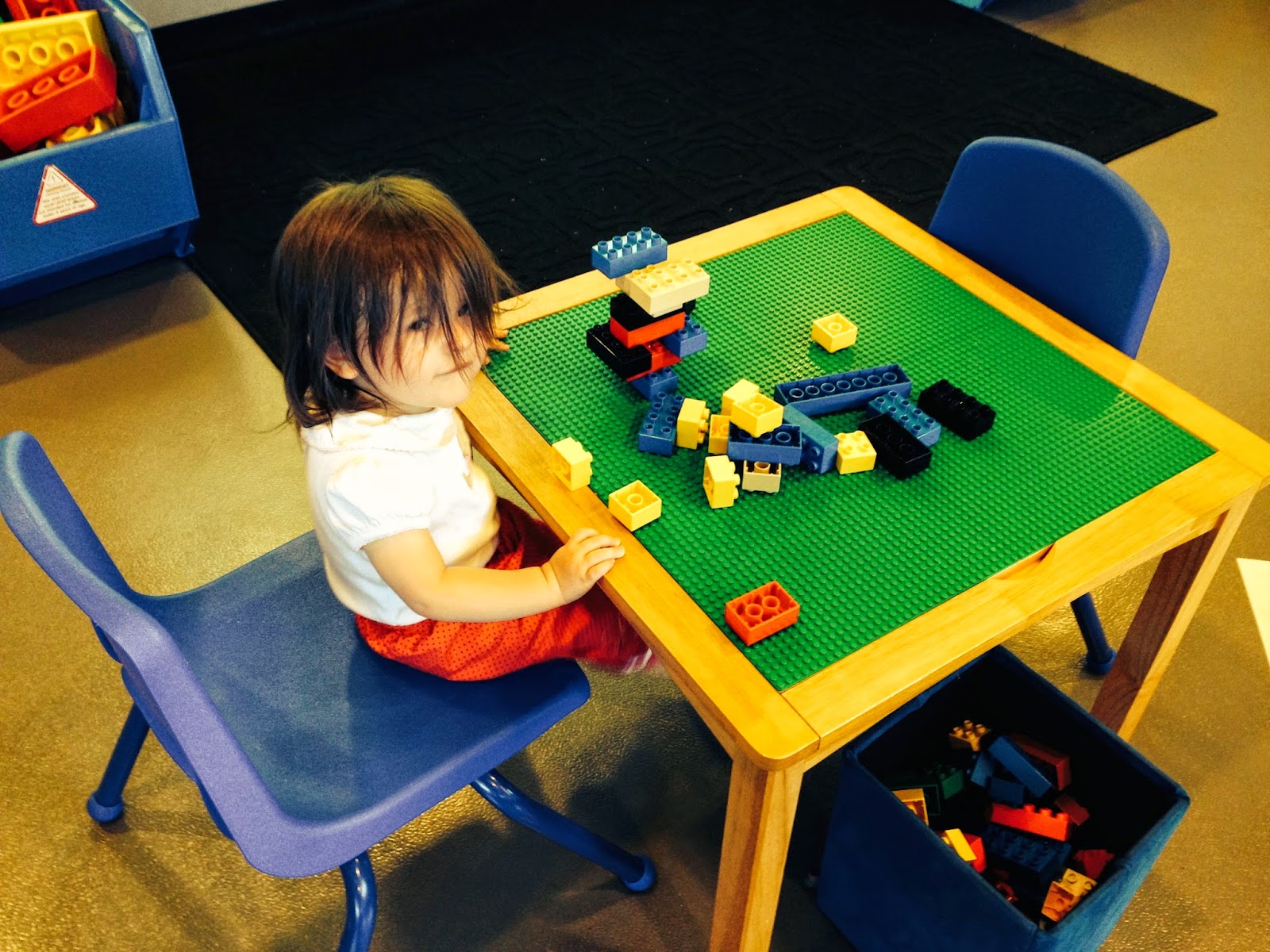 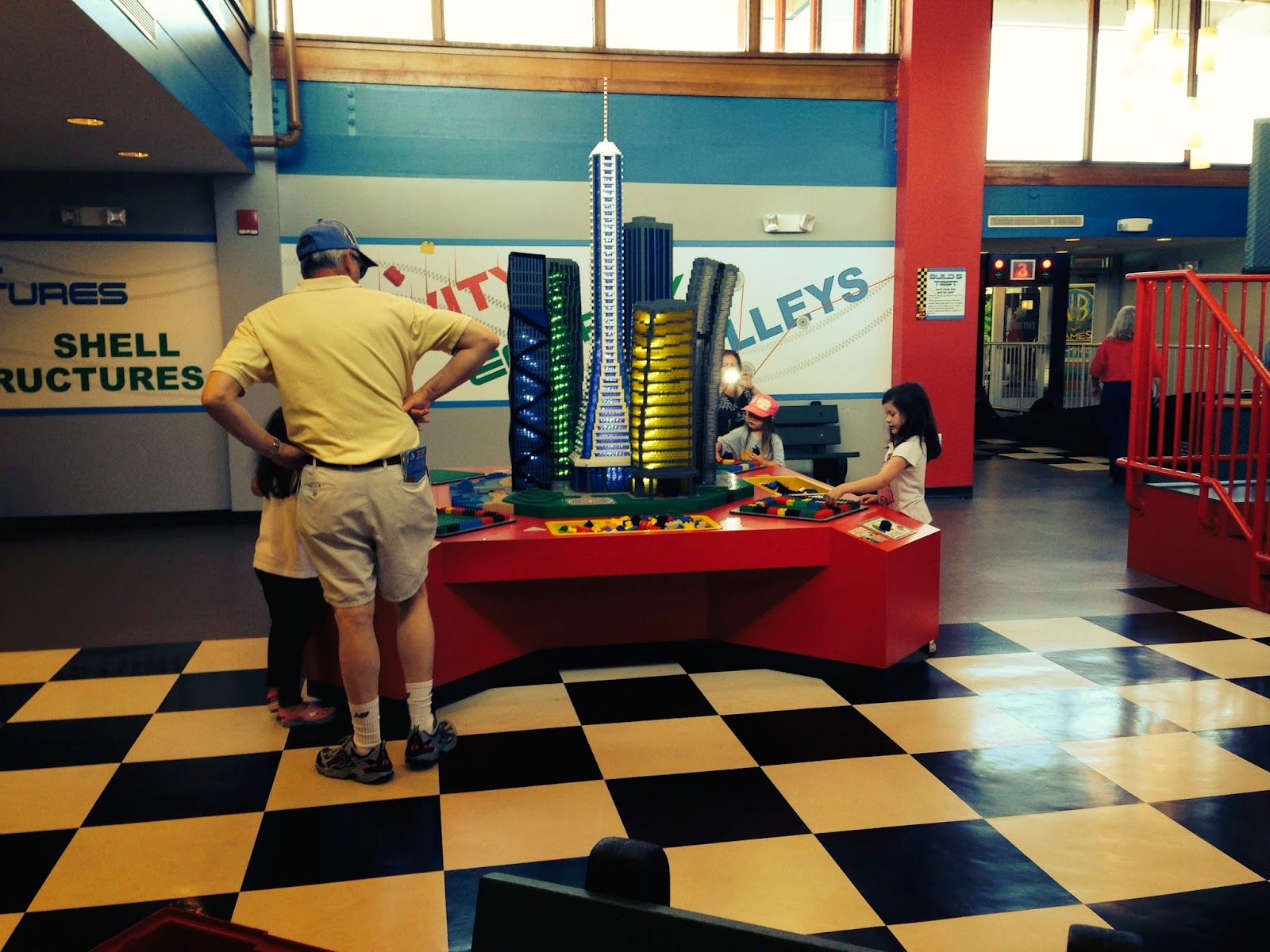 The middle girls tried to build Duplo buildings that could withstand an earthquake test. 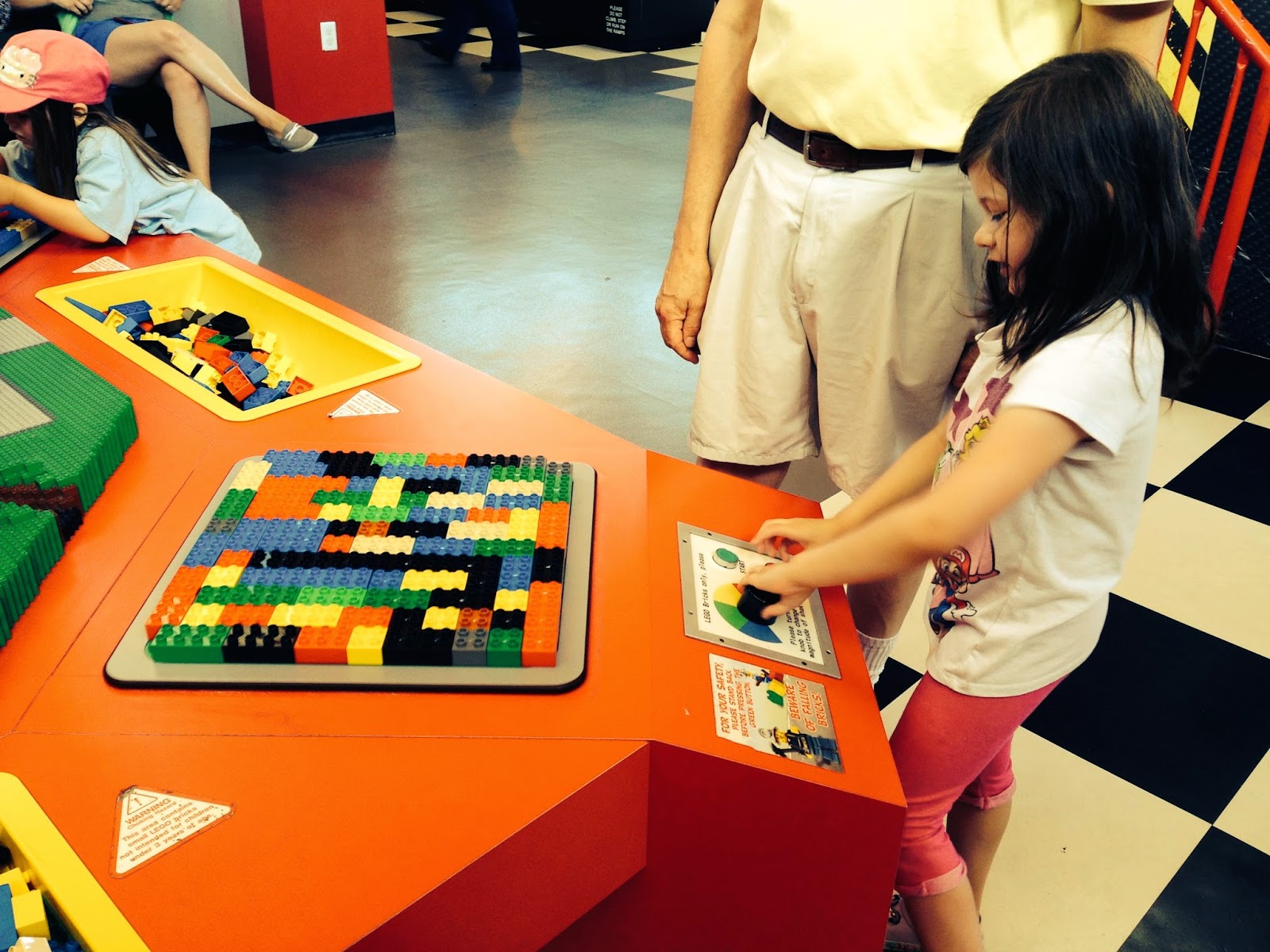 Felicity was taking no chances. No way that building is going anywhere. 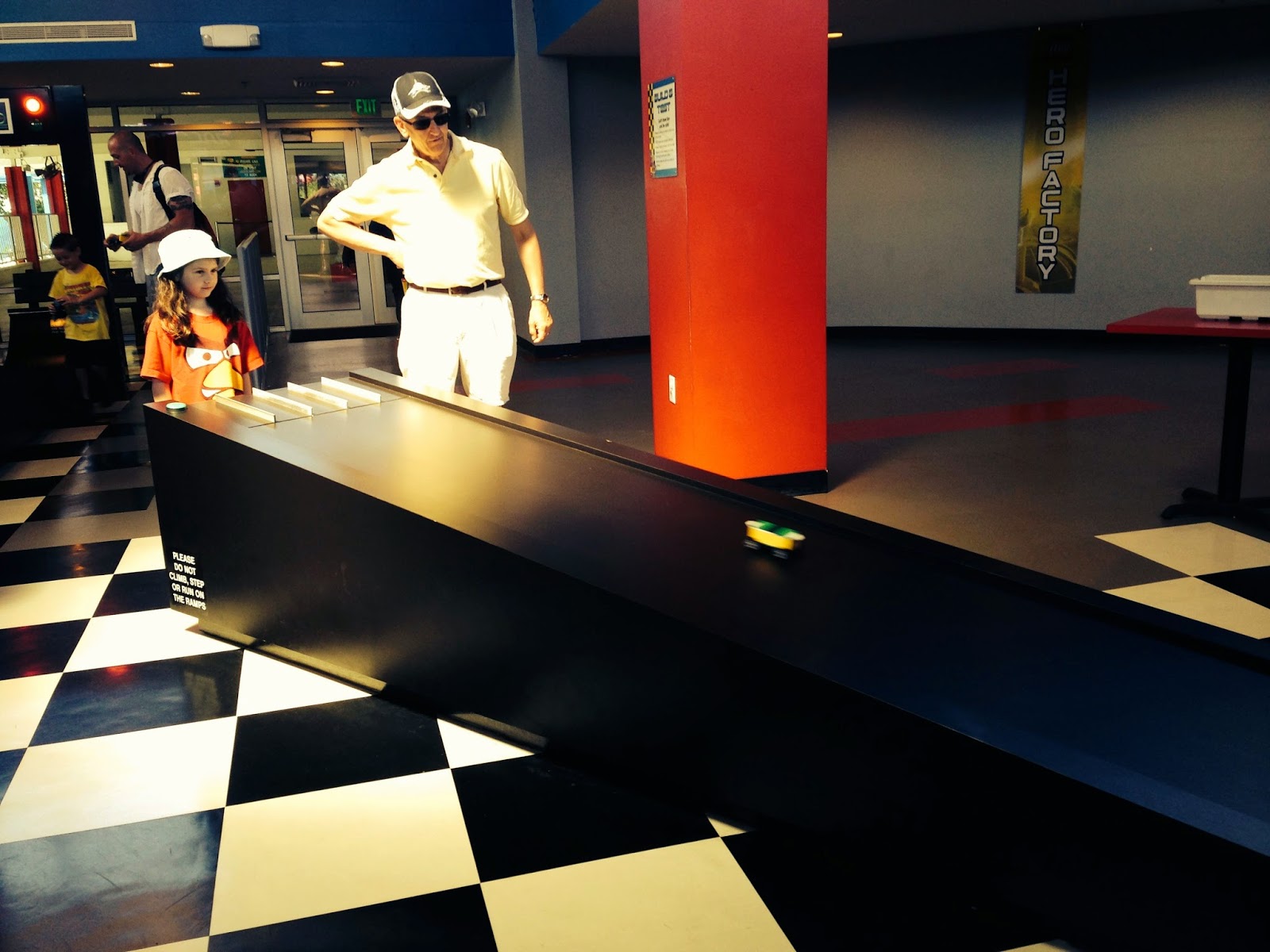 And Cecilia built a Lego car and tested out how fast it was. 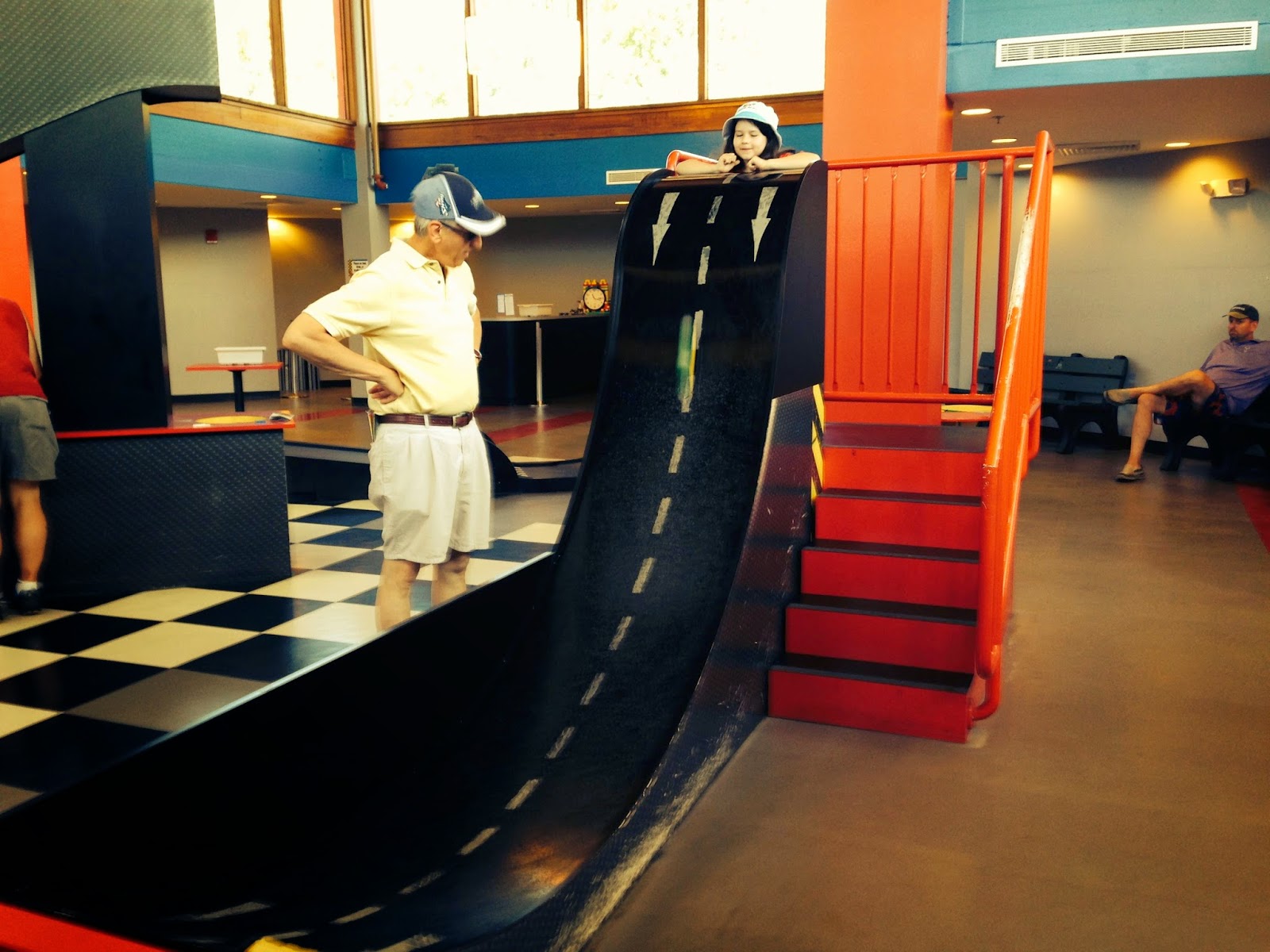 As well as how well it handled the steep slopes. It was an impressive success. There is also a robotics room for older kids, but we weren't ready for that. 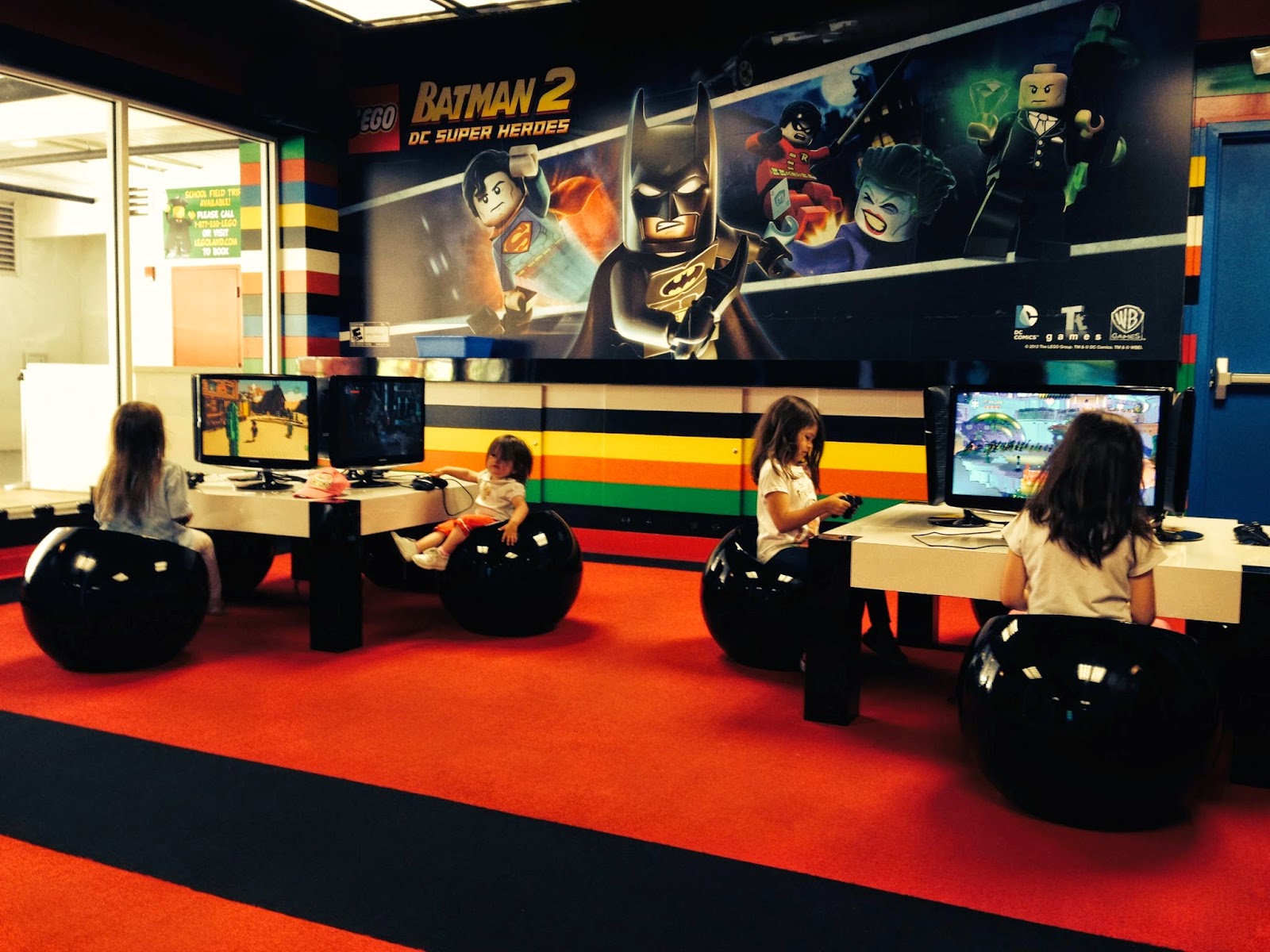 There is a video game room, which the girls played in for a few minutes while the adults soaked up the A/C 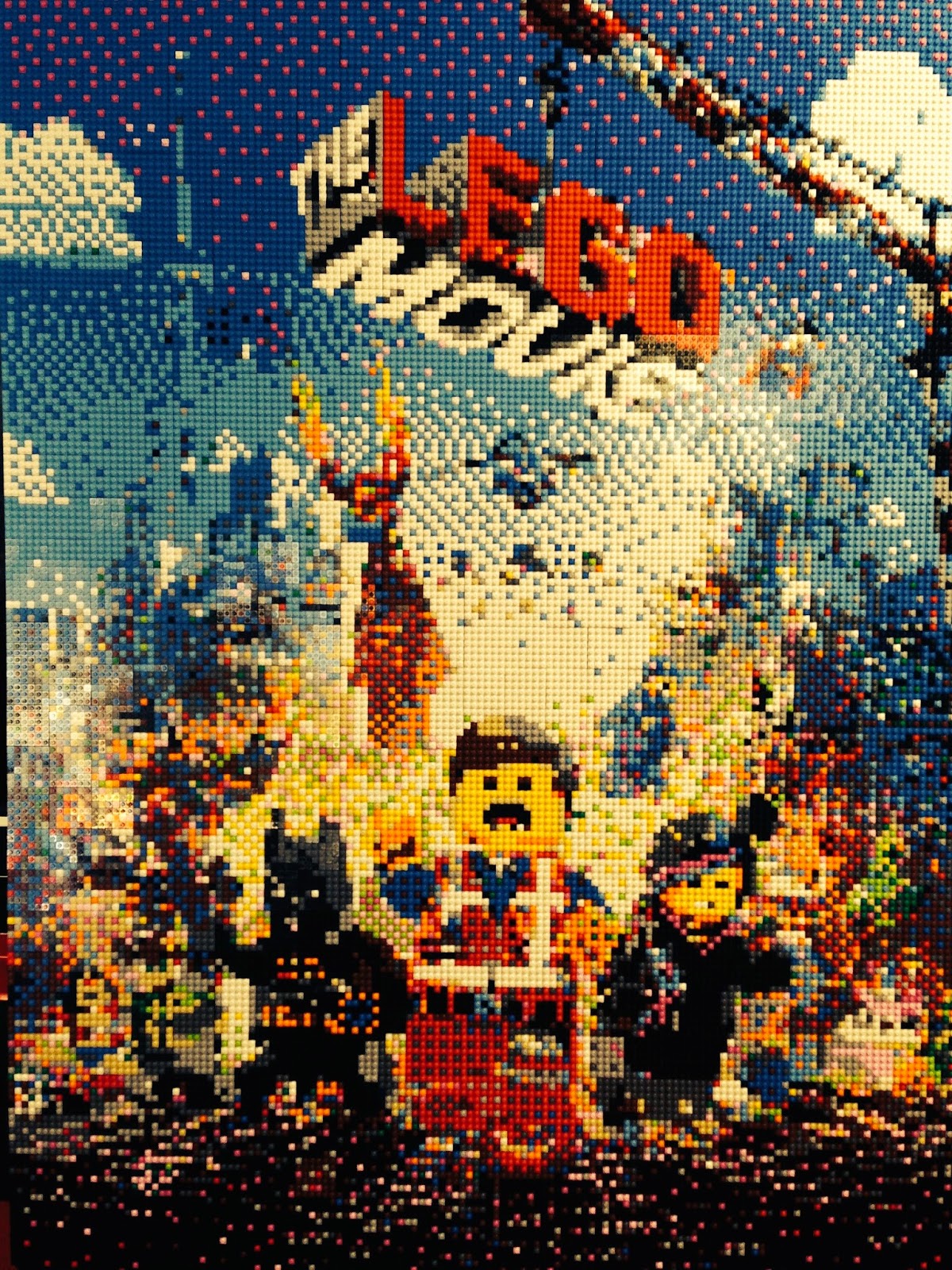 I loved the Lego Movie poster in the game room made entirely of single Lego pieces. 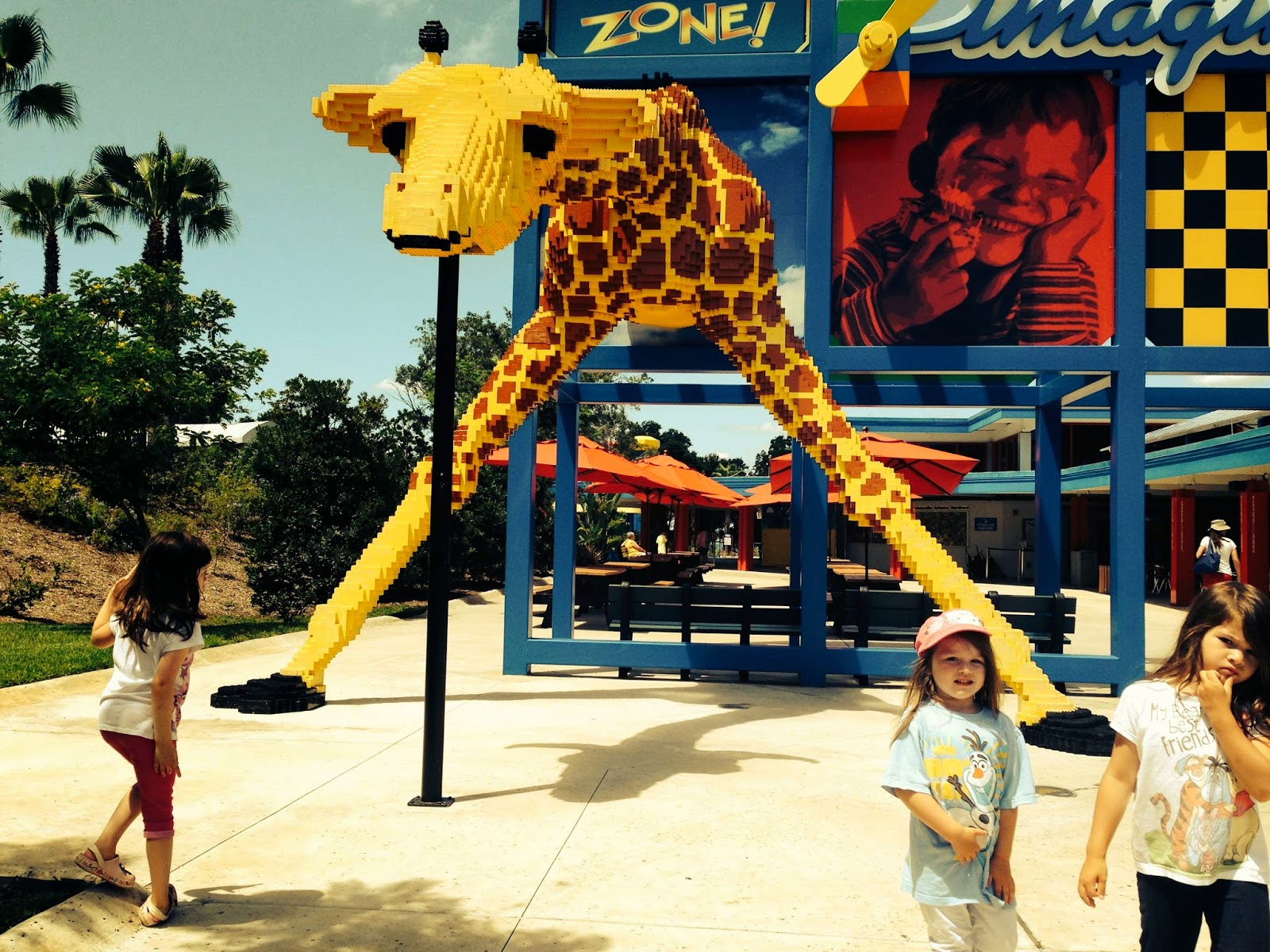 Teresa loved the Lego giraffe and insisted we take her picture with it. 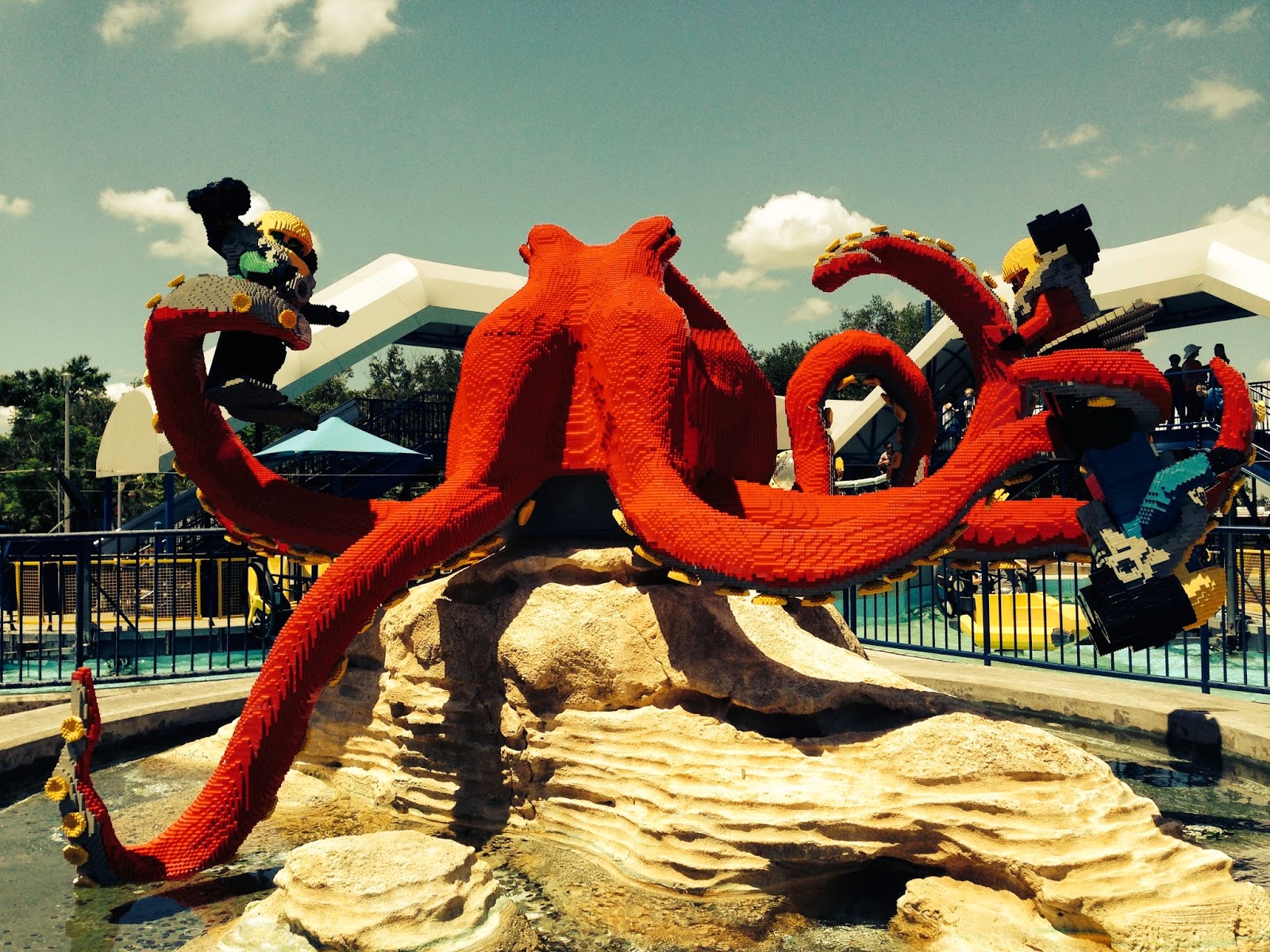 In the Technic Lego section, the girls went on a circular airboat ride (represented here by my photographing a lego octopus attacking some lego divers... don't ask me why... it was hot.) 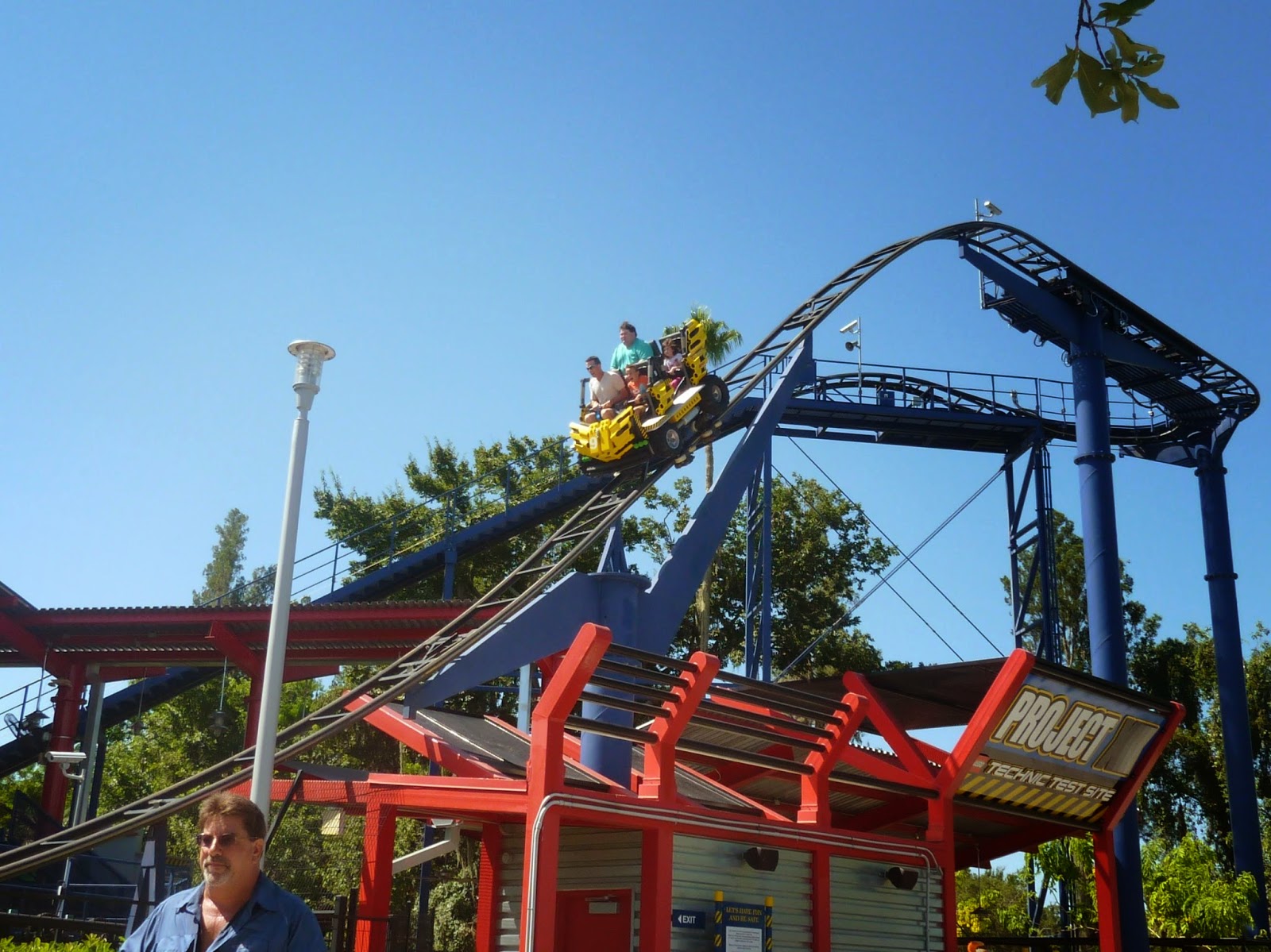 And Felicity asked James to take her on Project X. Felicity is my daredevil and she likes the coasters. So far she is my only girl to ride on them. 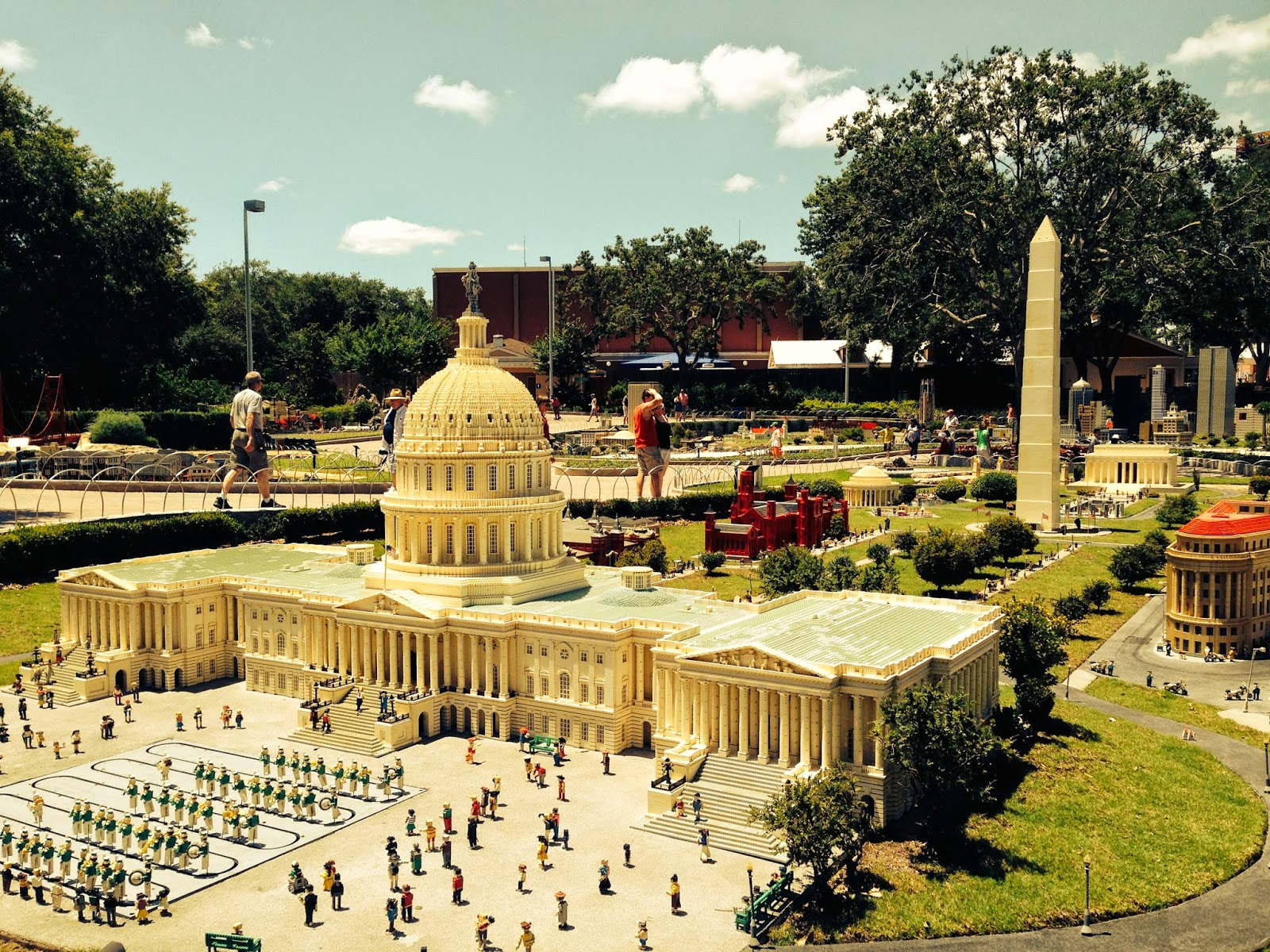 Then we went to MiniLand, which consists of islands of models of various places built entirely out of Legos. Here is Washington D.C., complete with marching band. 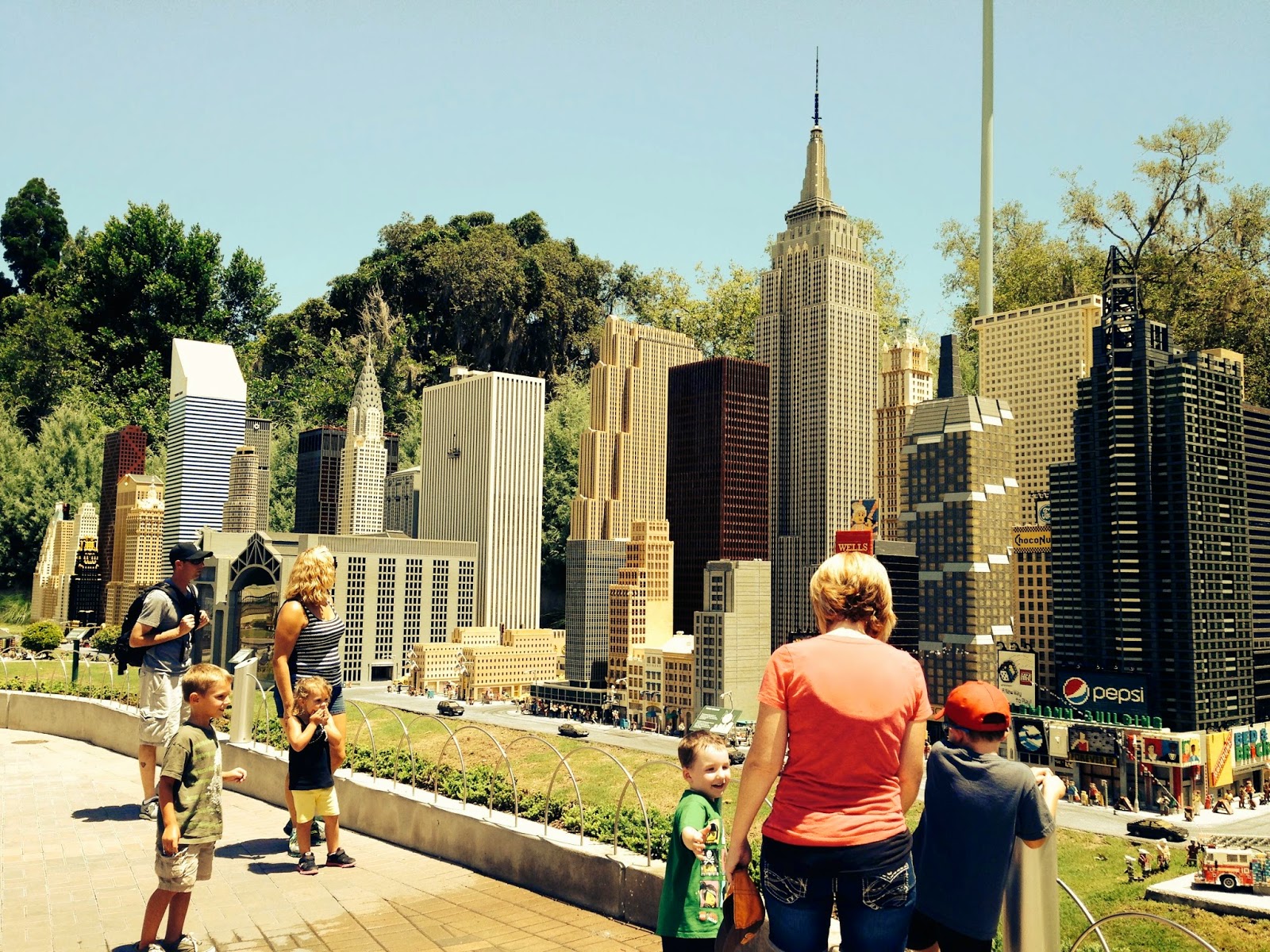 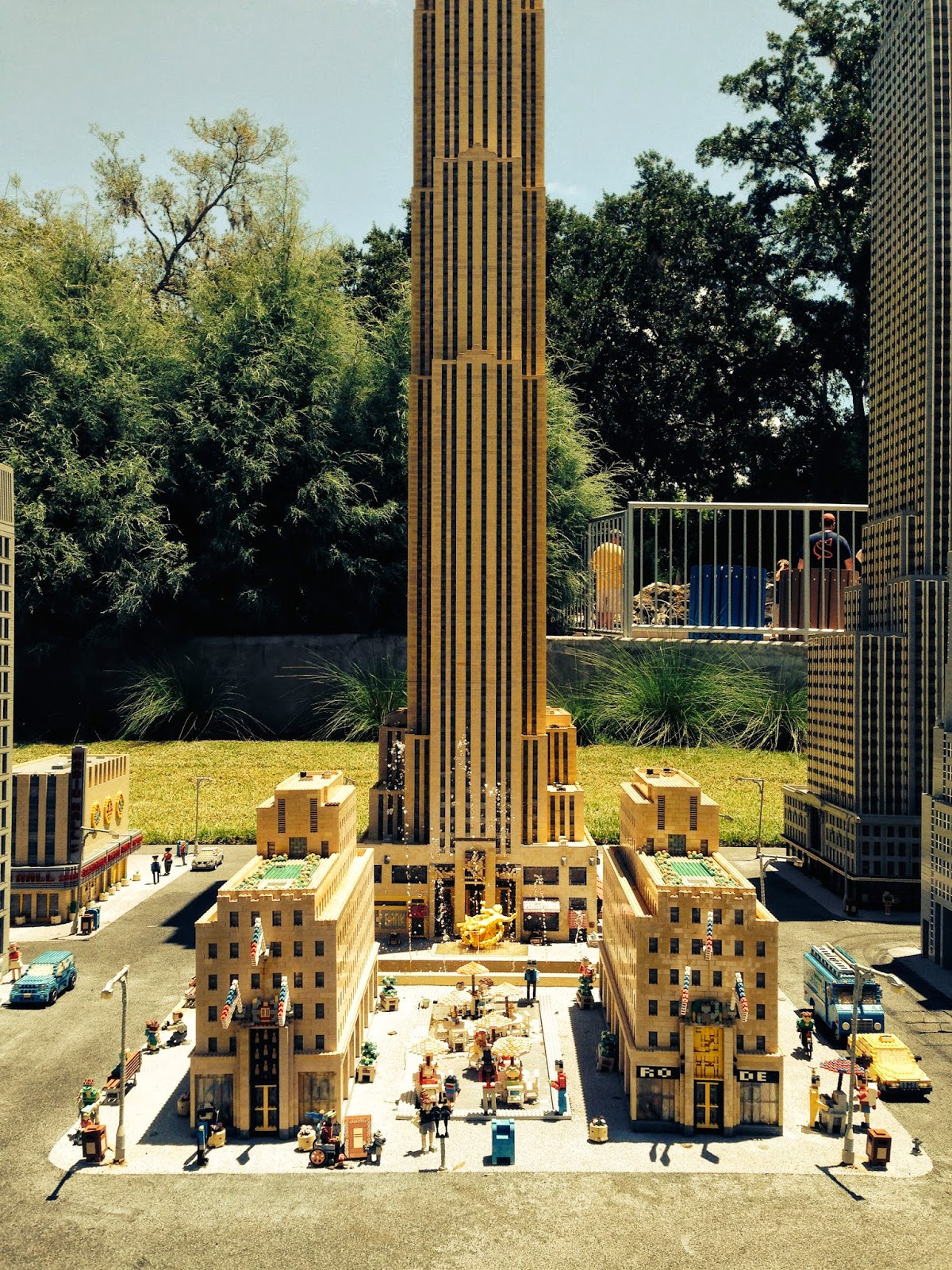 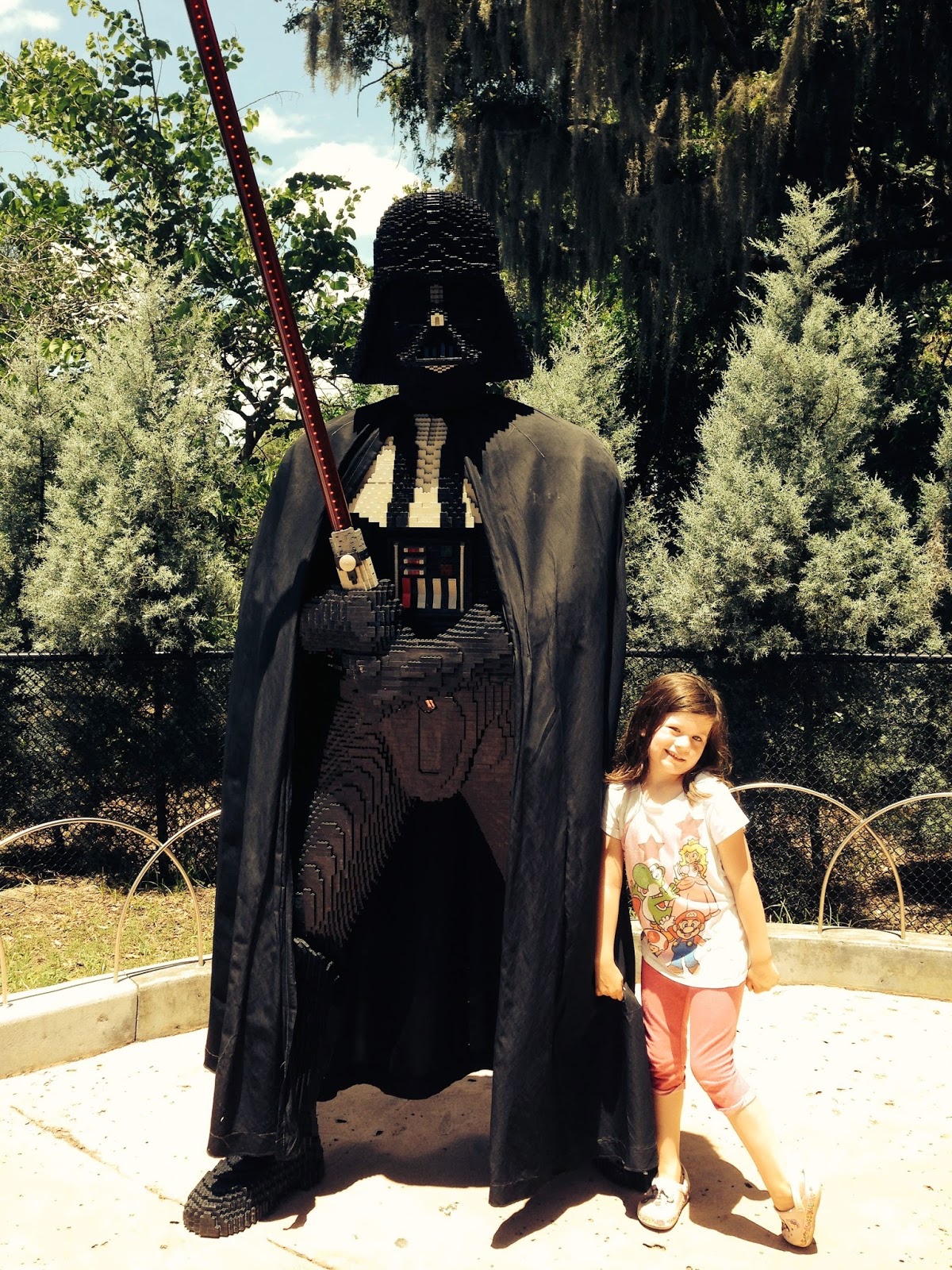 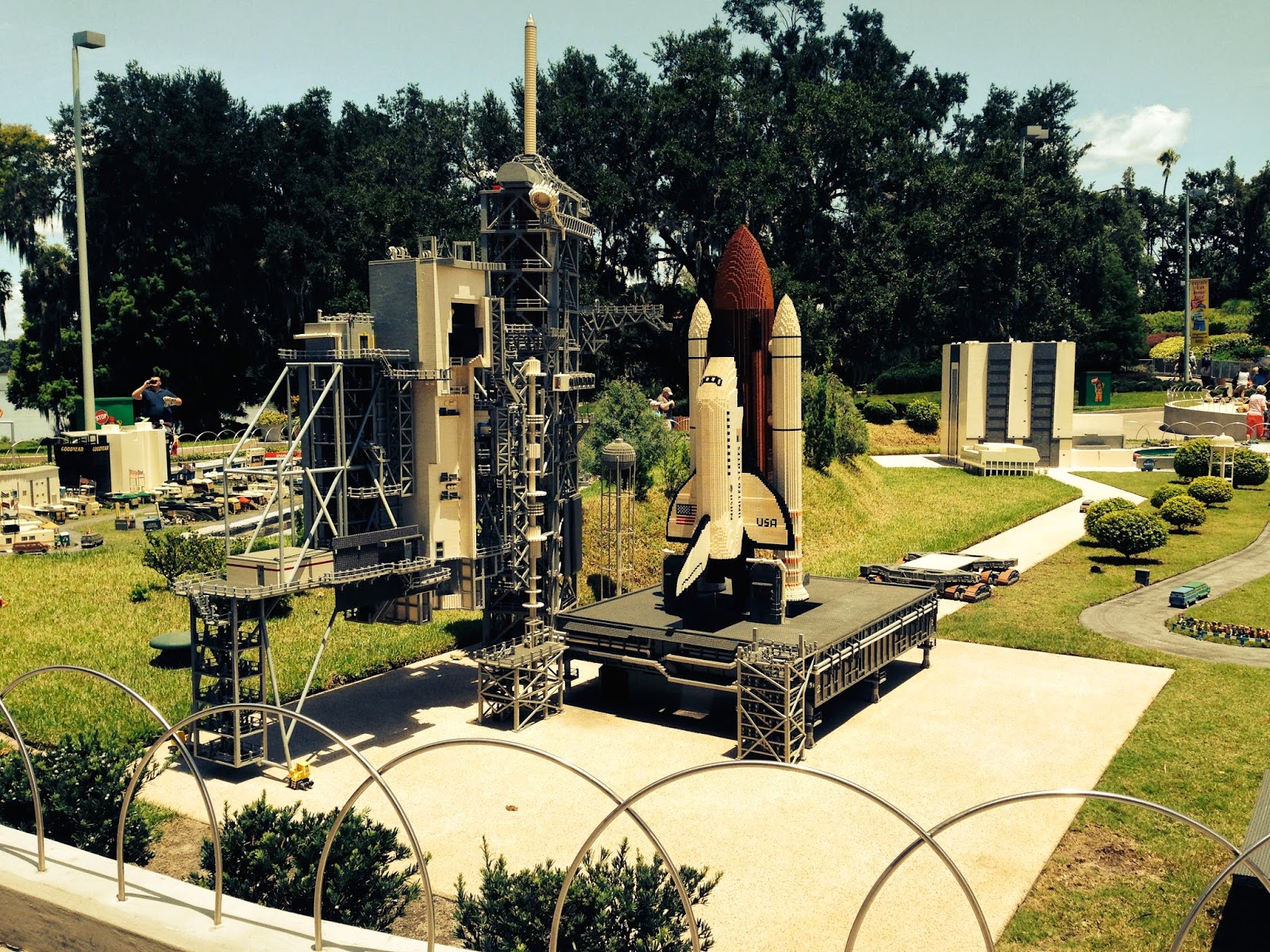 We had almost seen and done everything we had any interest in doing (apart from their Water Park, which we weren't up for with so many little ones) but we couldn't leave without visiting the train ride again. And just in case you weren't sure how much Brigid loved that train ride... 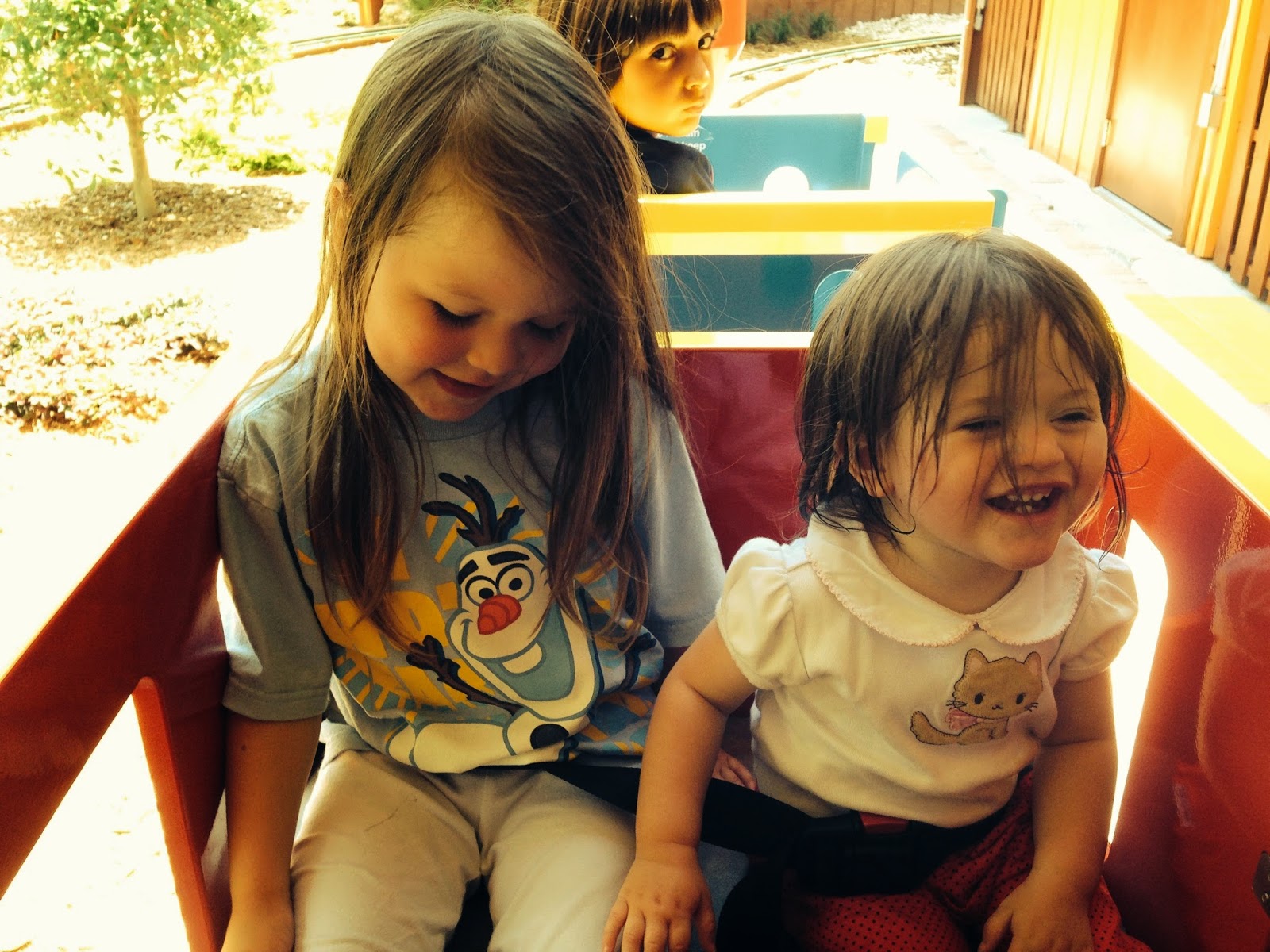 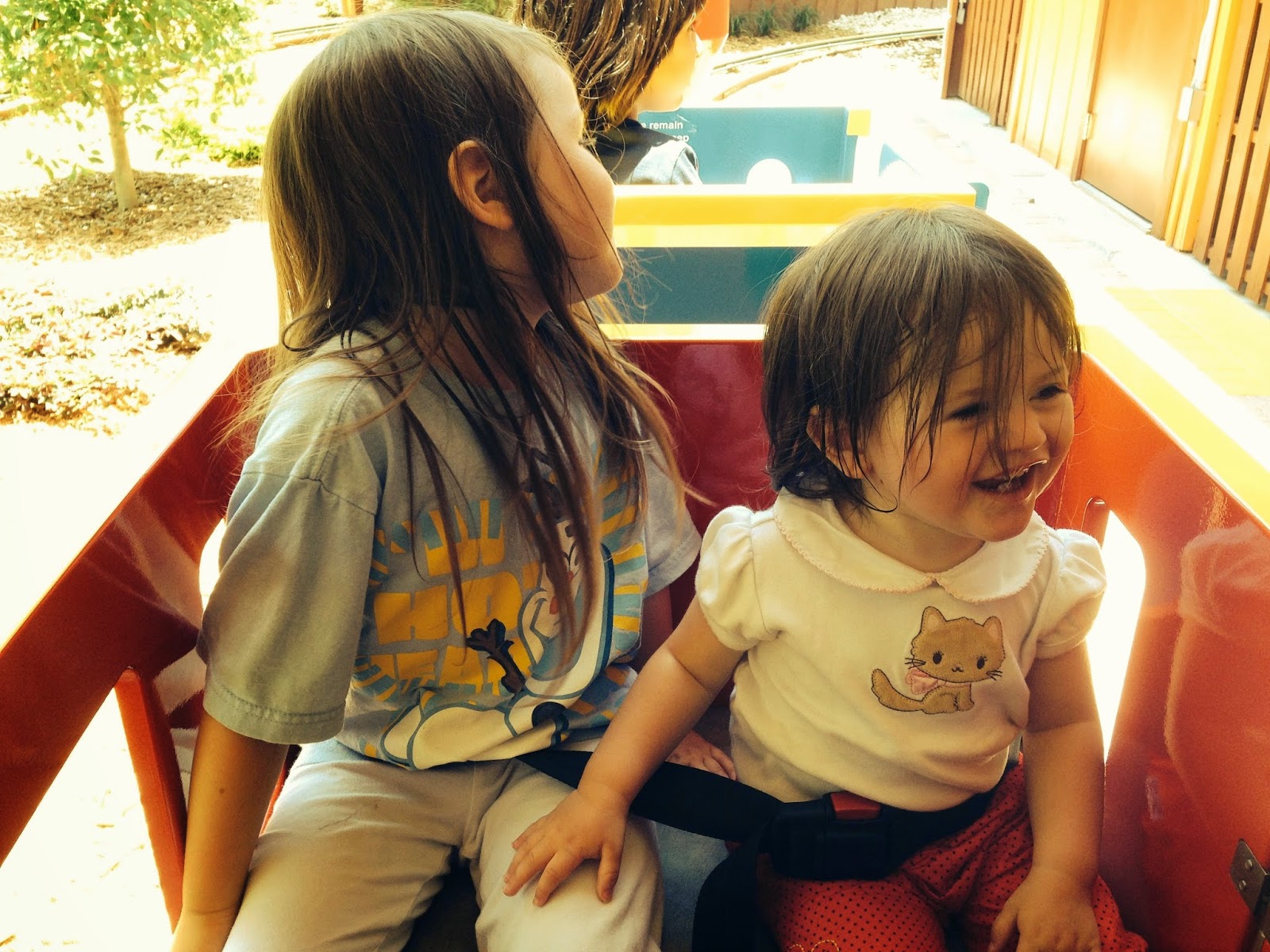 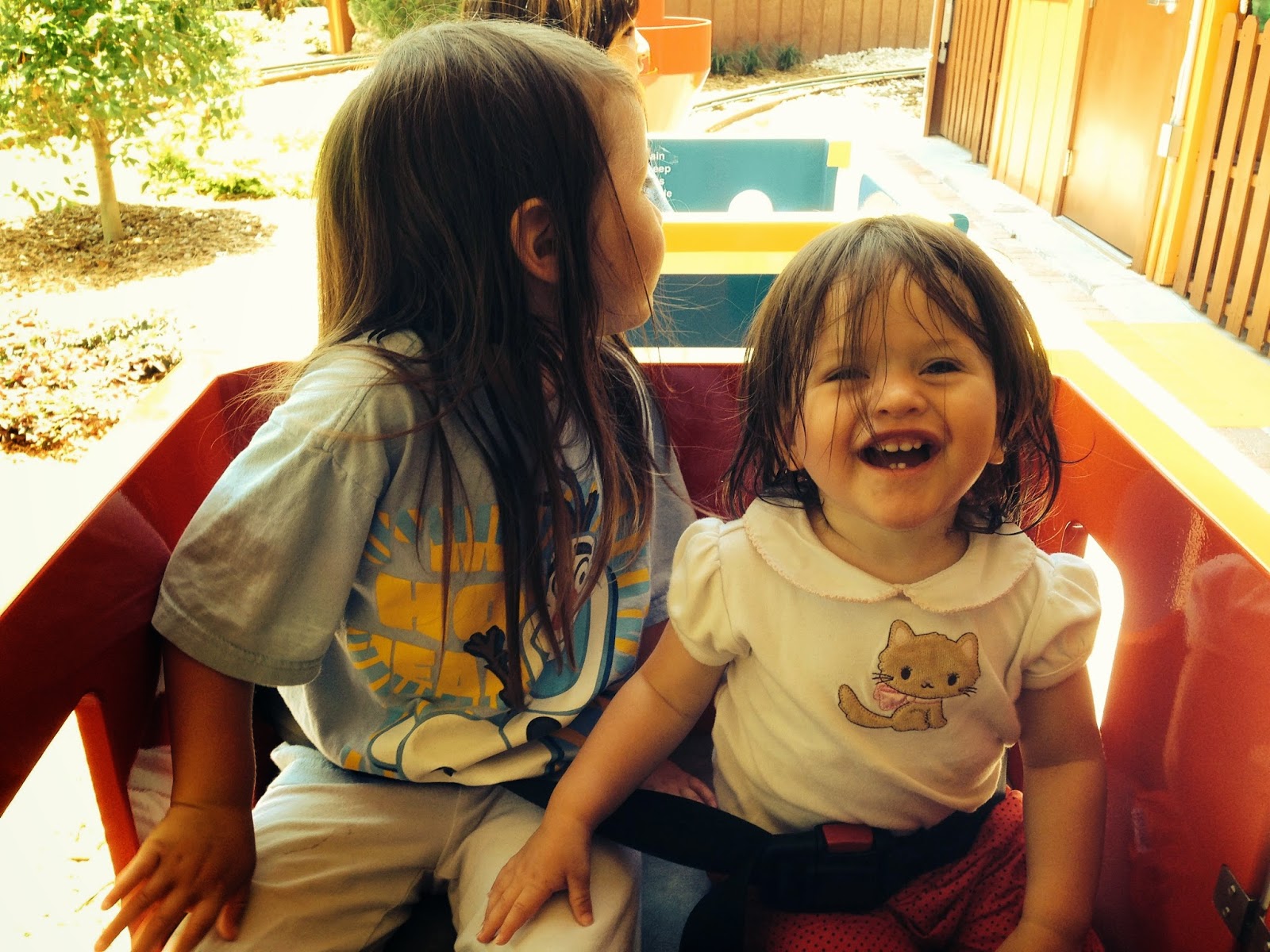 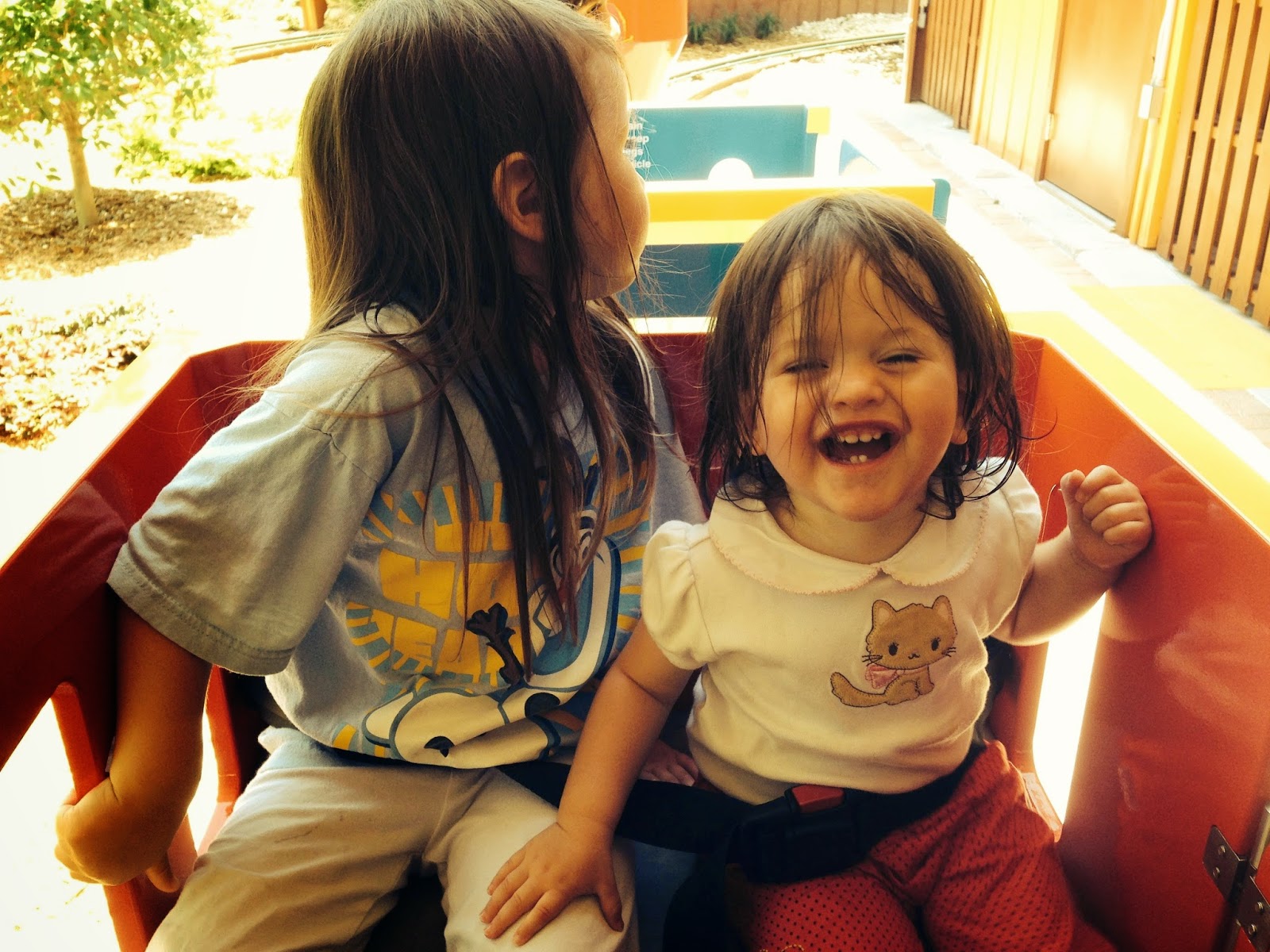 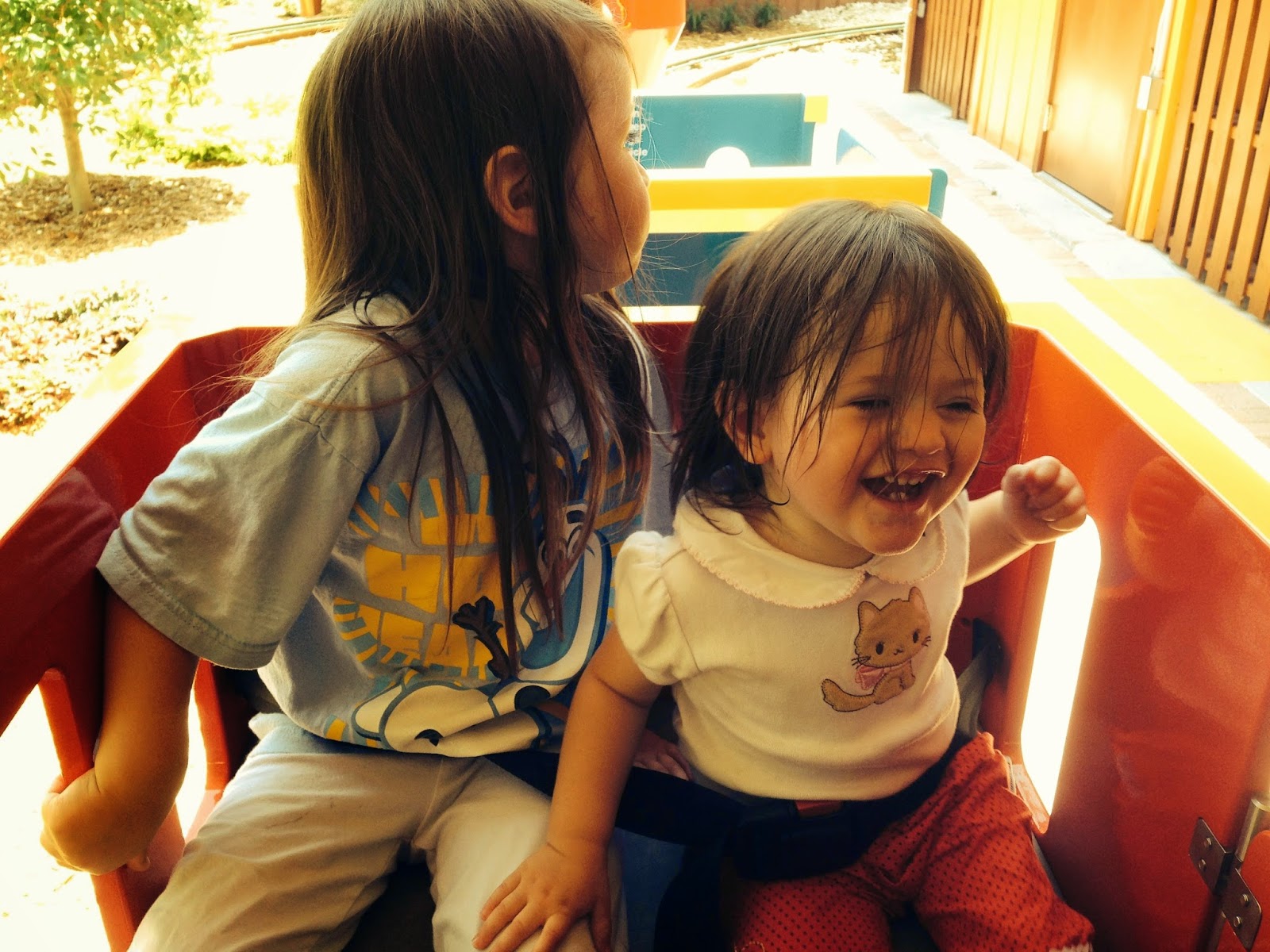 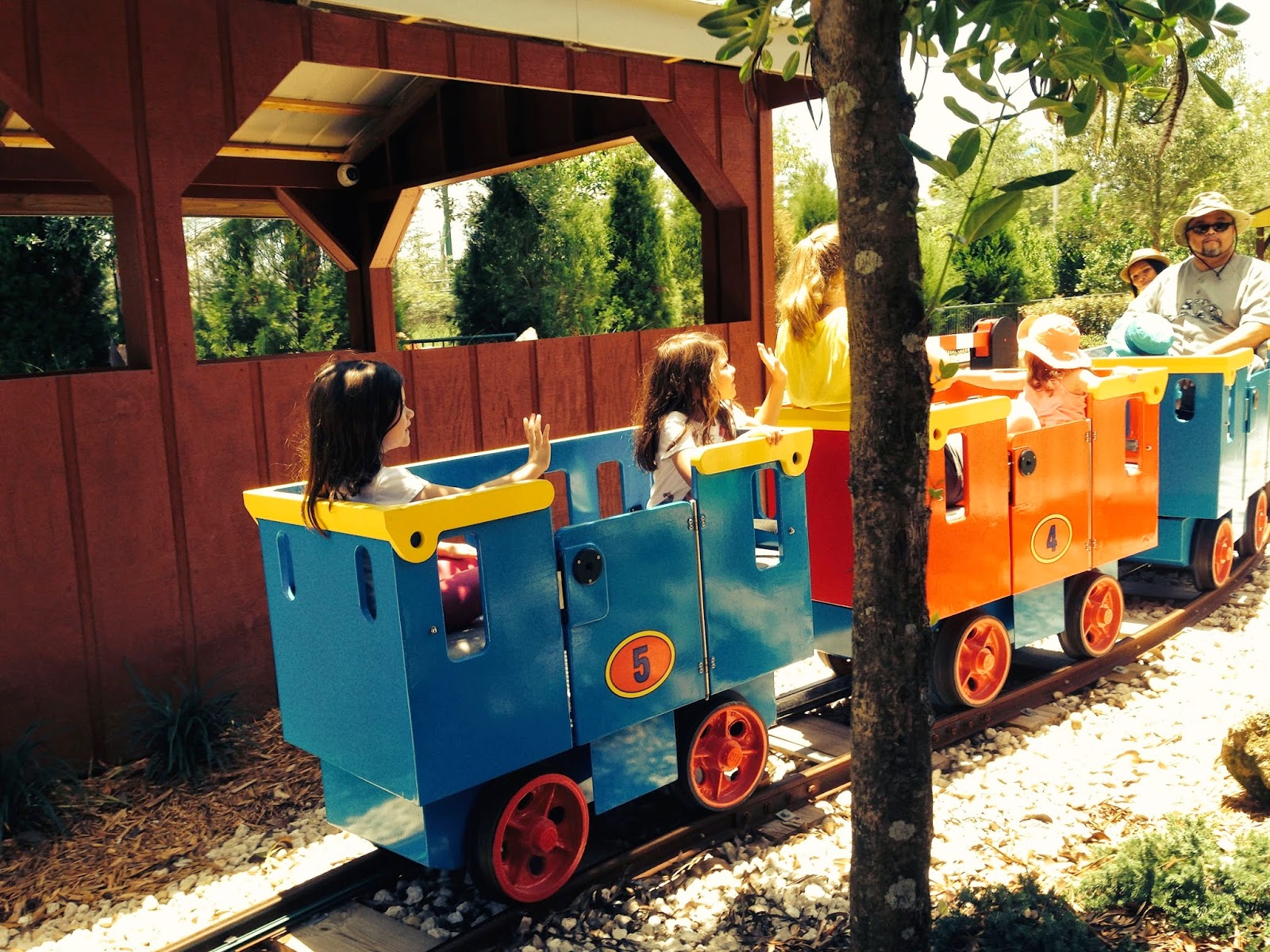 And this time Felicity and Elizabeth got a chance to ride as well.


Then we visited the gift shops and did our part to sustain the park (cough!). 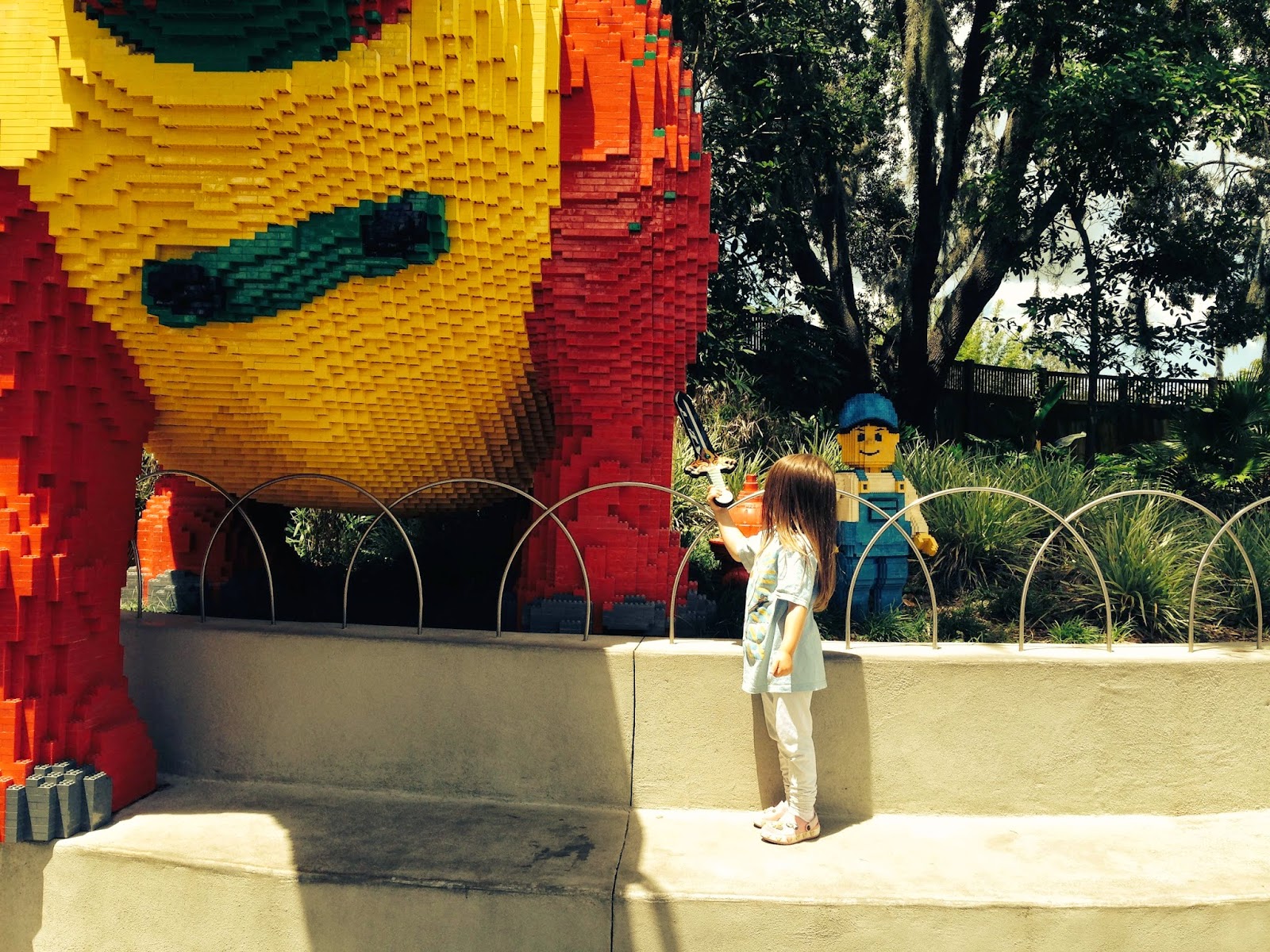 Each of the four oldest got foam swords and shields. Felicity's is pink with a unicorn. Elizabeth's is elongated with a lion. Cecilia, ready to go to Hogwarts as soon as she receives a letter, got one with a Griffin on it. Perhaps fittingly, Teresa's bears a green dragon. On her way out of the park she stopped to slay the giant lego dragon/dinosaur by the front gate. 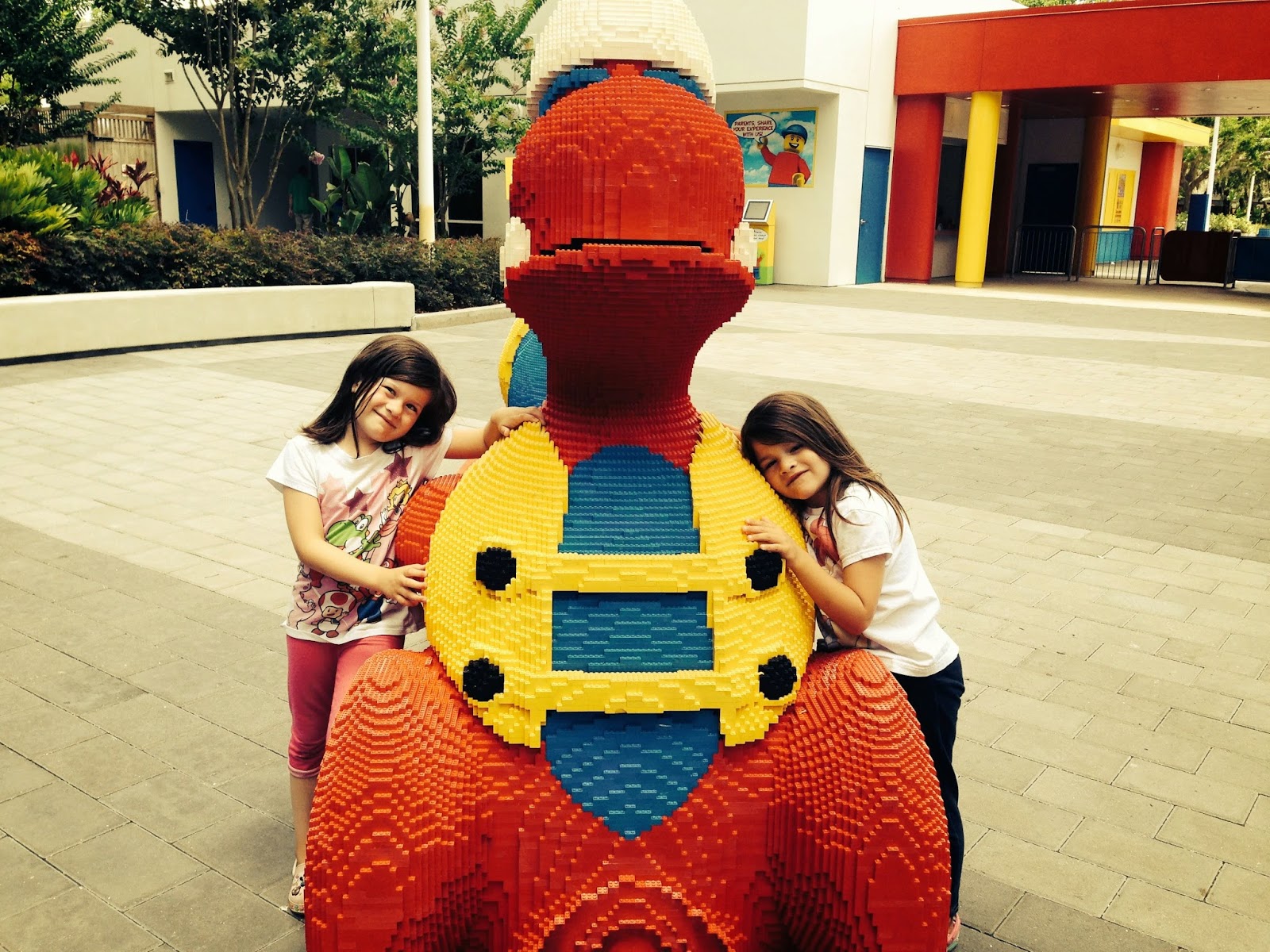 Really, it is an adorable park and a lot of fun. It is also really designed for young kids, like Brigid's age up through tweens, which was absolutely perfect for us. 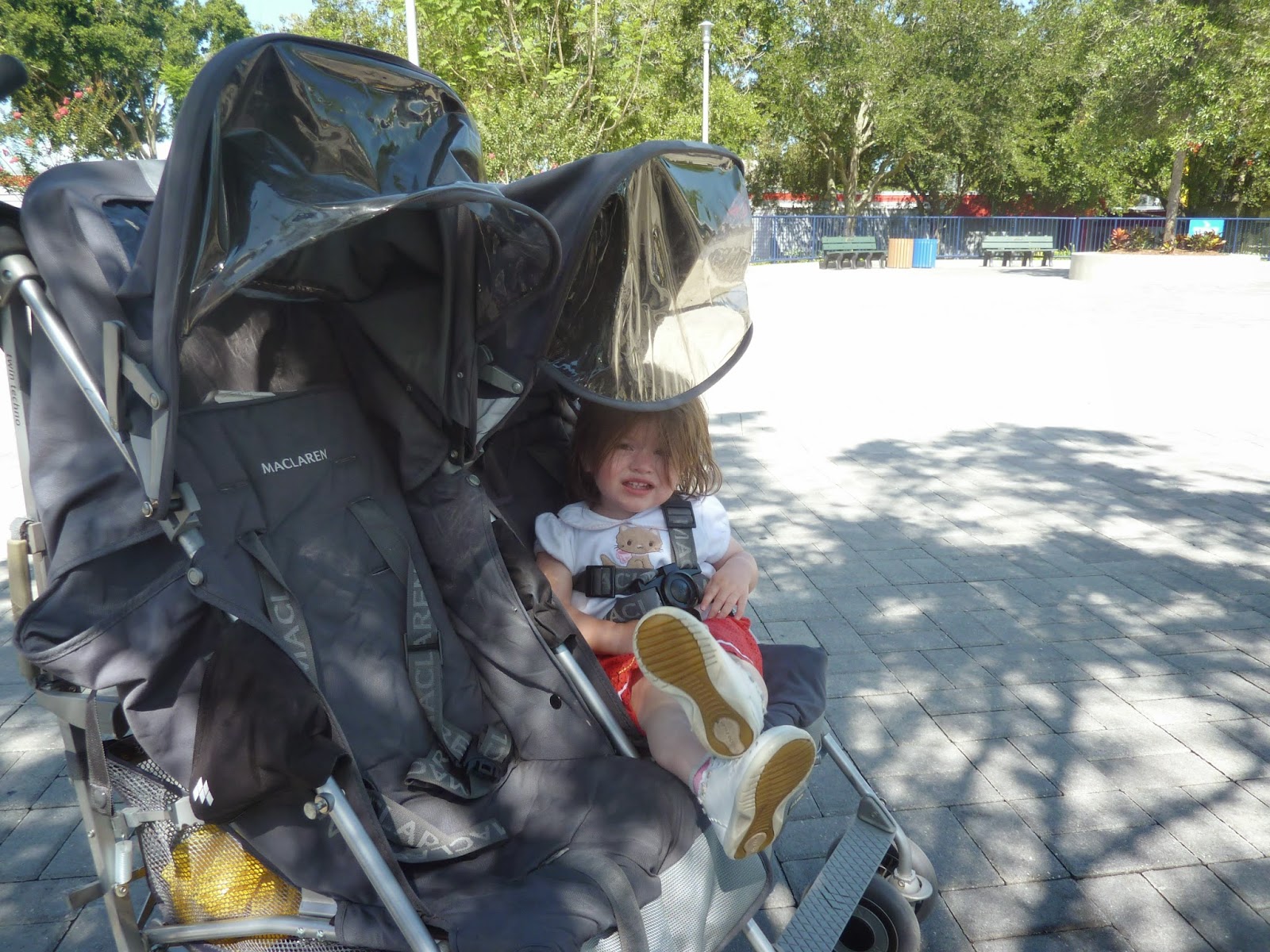 By the afternoon though, we were ready to hit the road for our second stop before heading home.

Posted by Katherine at 3:45 PM