I know. One week in and I fail in my homeschool review. Oh well. It isn't meant to be a penance for me.

Basically last week was fairly uneventful. We accomplished everything on our schedule.

This week was not so routine. While Monday had a good start, Tuesday began with a vomiting Cecilia. I still managed to get a nice amount of work done with Felicity and Elizabeth though. Wednesday we did our best to do as much as we could. And we finished all but 3 of Cecilia's subjects and all of Felicity's and all but 1 of Elizabeth's.

The best part of Wednesday was music. We went over the various instruments of the String section of the orchestra. Cecilia has been asking to learn the harp for some time. It doesn't seem to just be a whim that will evaporate, so we might have to look into getting her some harp lessons after we get to Wisconsin. She drew this family portrait of each of us playing a different instrument: 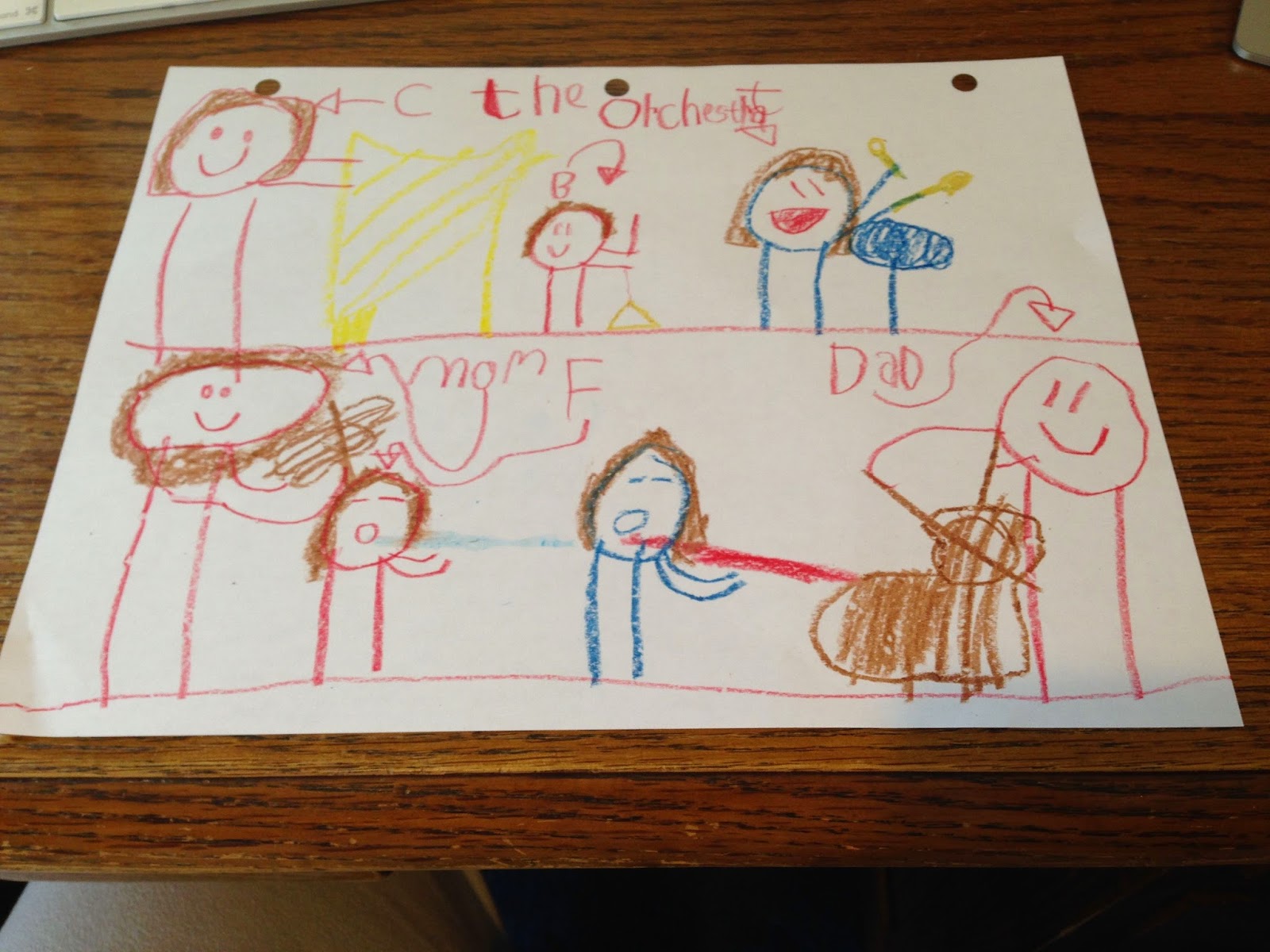 I love that she gave Brigid an instrument she could play: the Triangle. Teresa would have the drum. And of course she gave herself the harp. I was assigned the violin while Felicity and Elizabeth play flutes and daddy has either a cello or a double bass.

In discussing the instruments, Felicity became adamant that she wanted, not just any violin, but a Stradivarius. She threw a bit of a tantrum when I told her I couldn't buy her one for her birthday. A single one costs over a million dollars but reality never plays into her requests. A couple of birthdays ago she was bitterly disappointed to not receive her requested real, living unicorn. Alas.

Thursday was a field trip. Considering I'm 7 months pregnant, it was a bit daring to take all five girls by myself into D.C. but it was totally worth it! The parking garage wouldn't take our 12 passenger van but we found street parking right where we wanted to be. 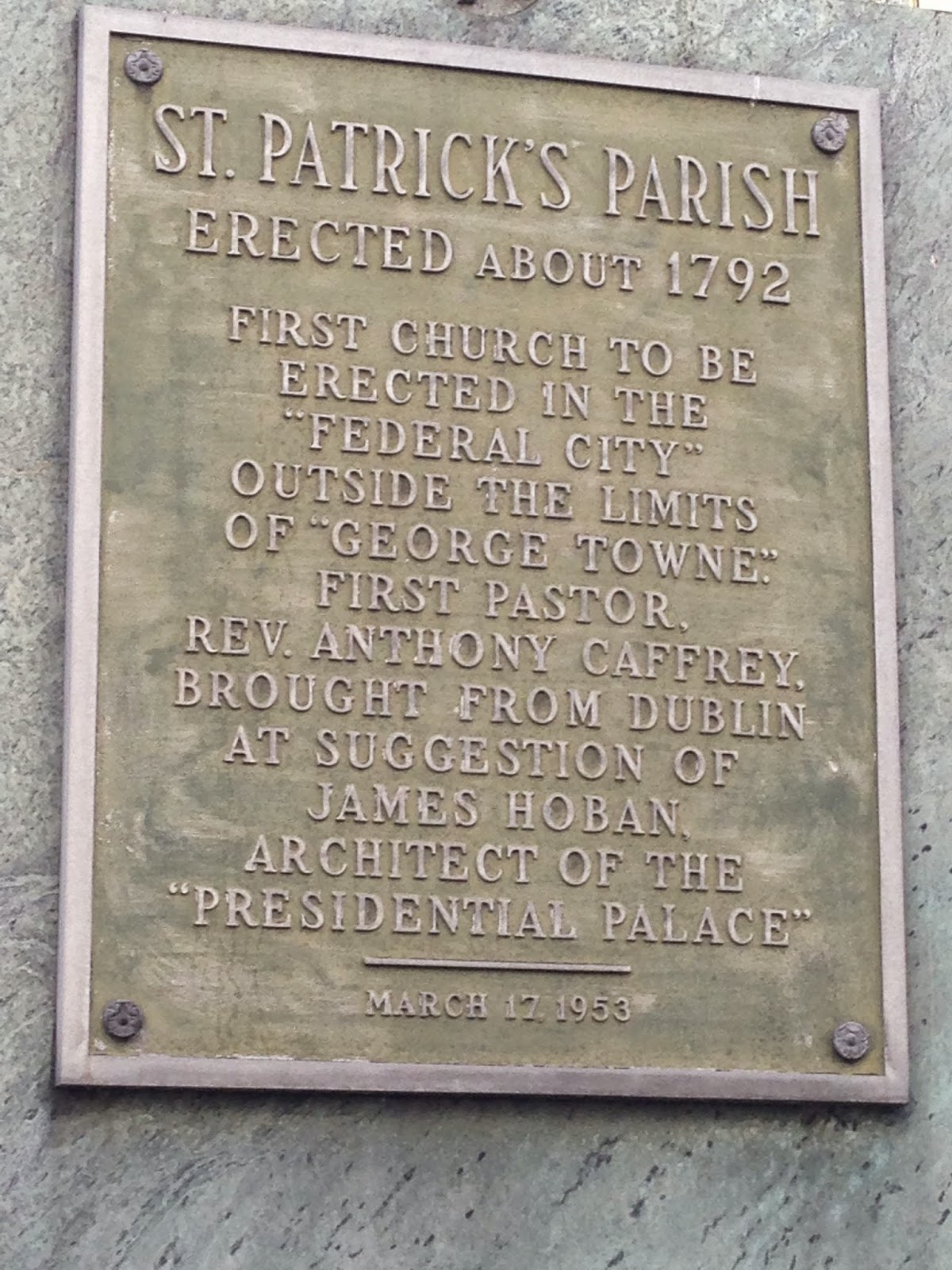 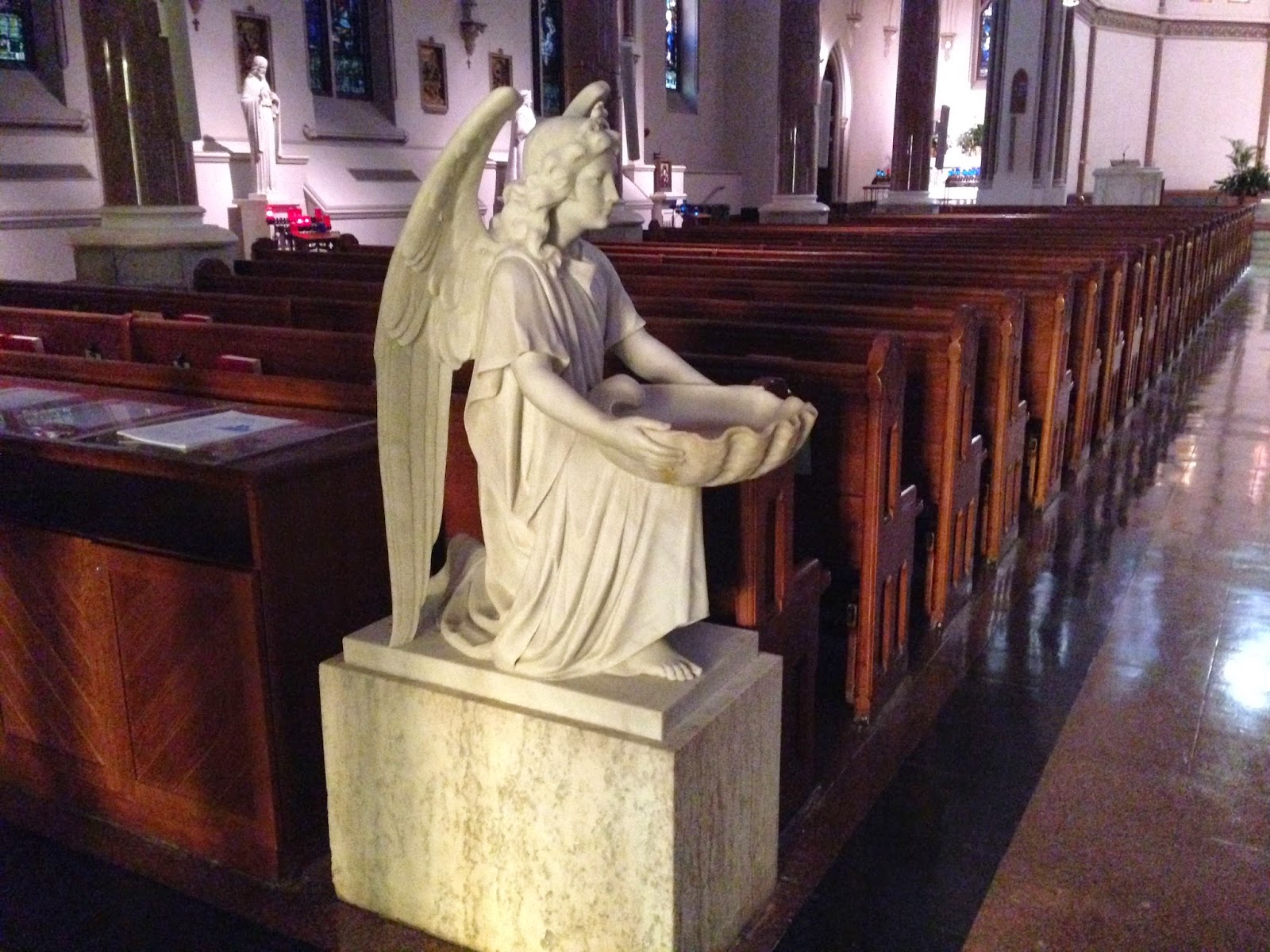 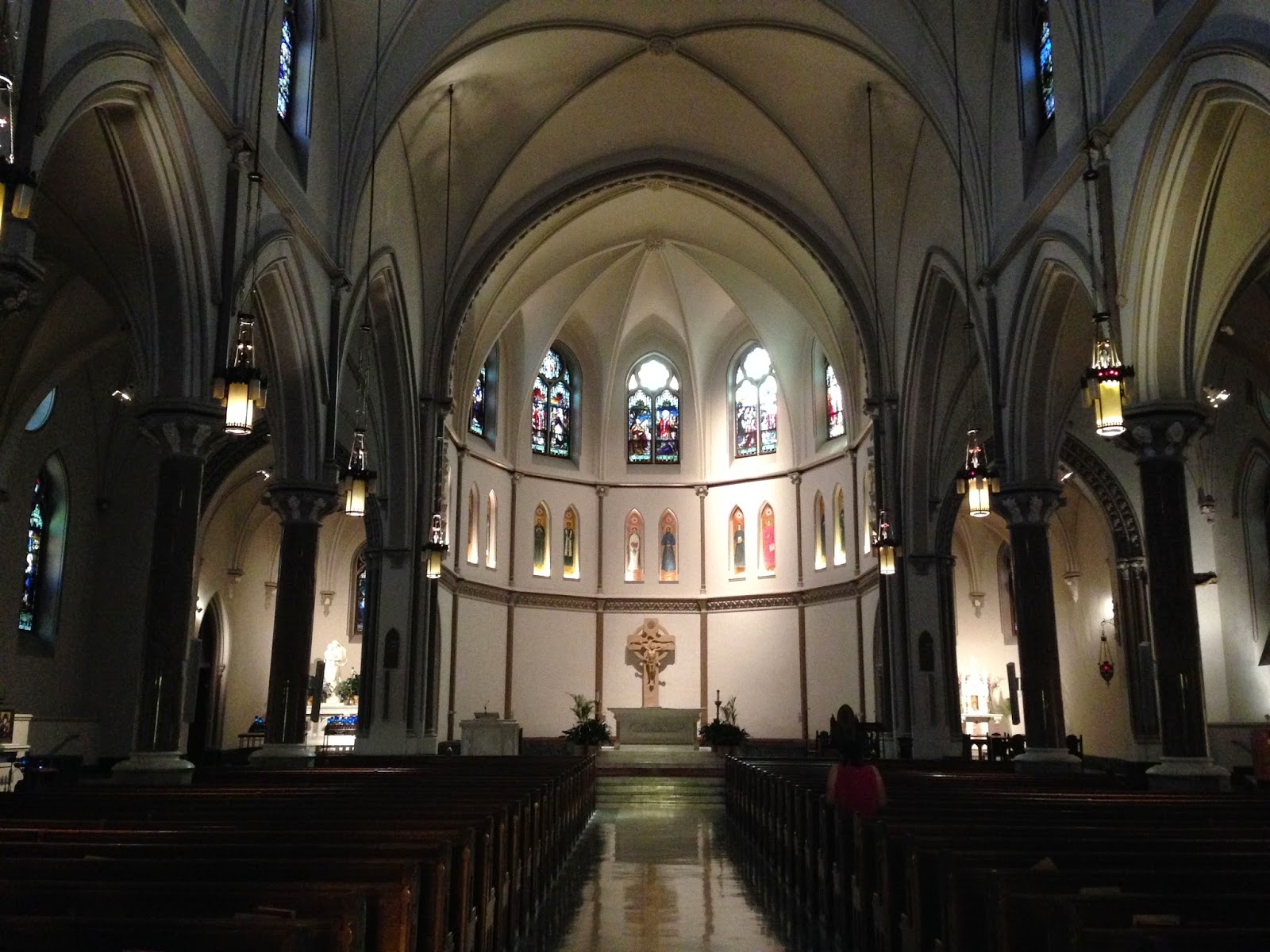 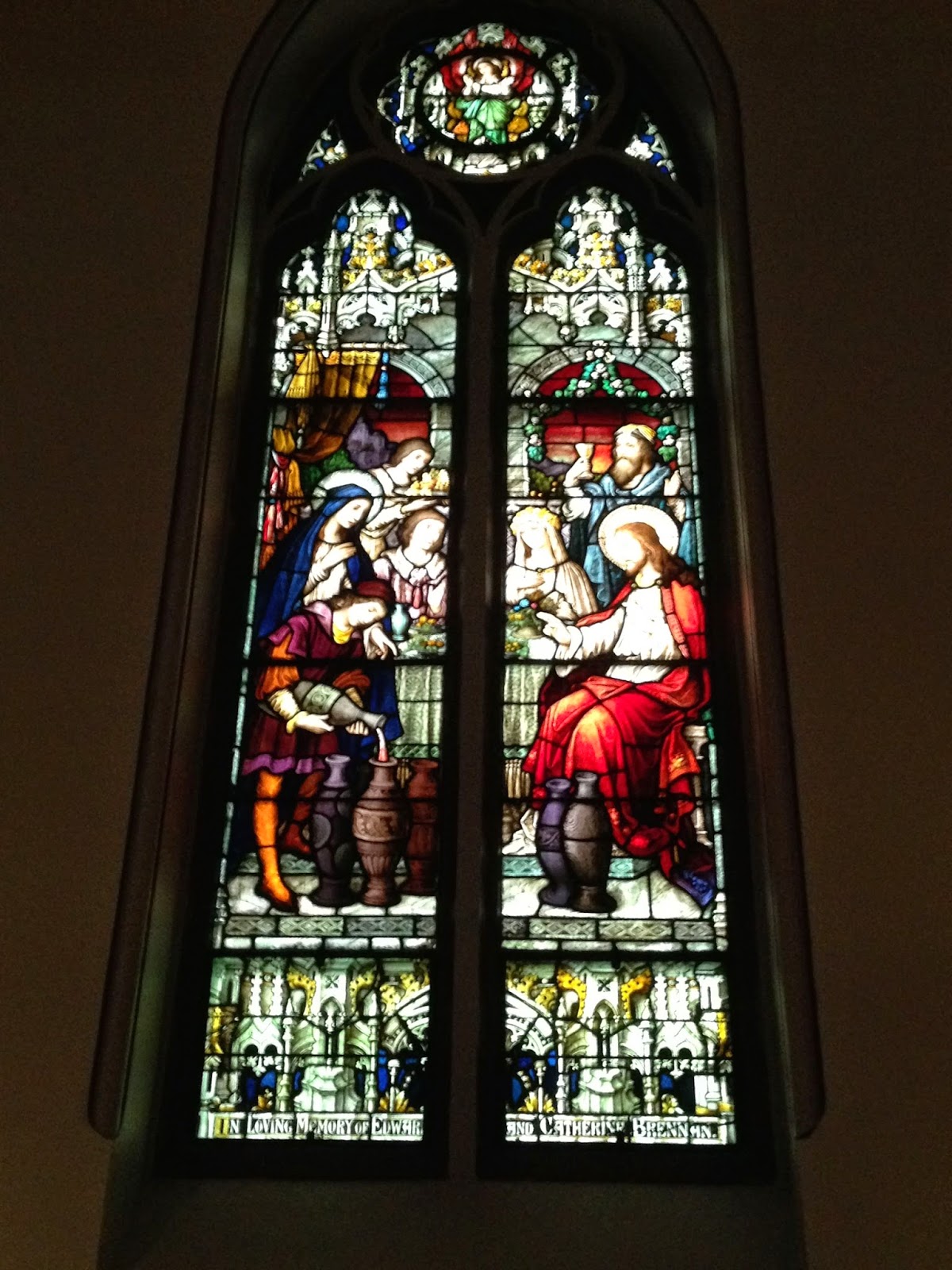 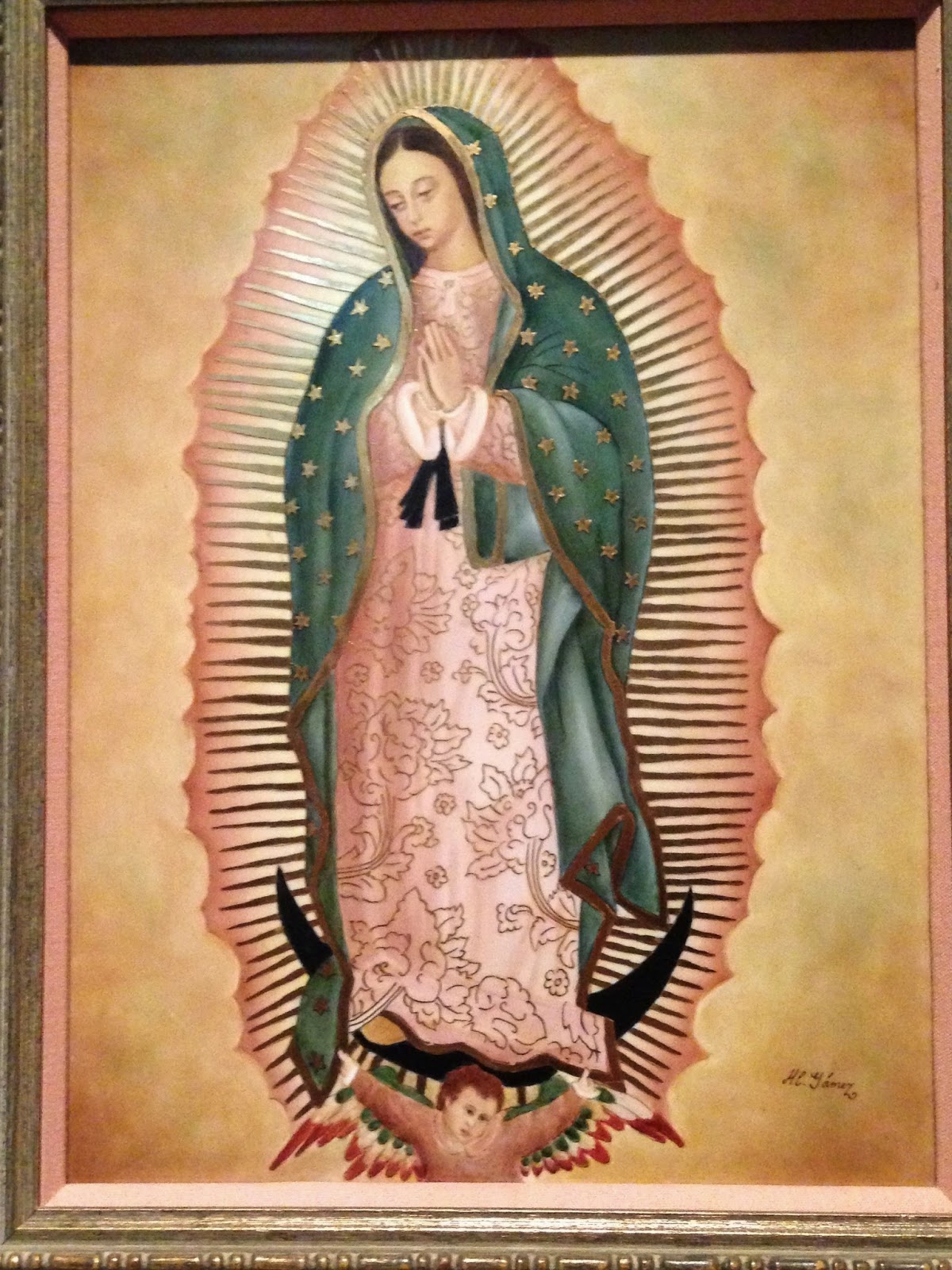 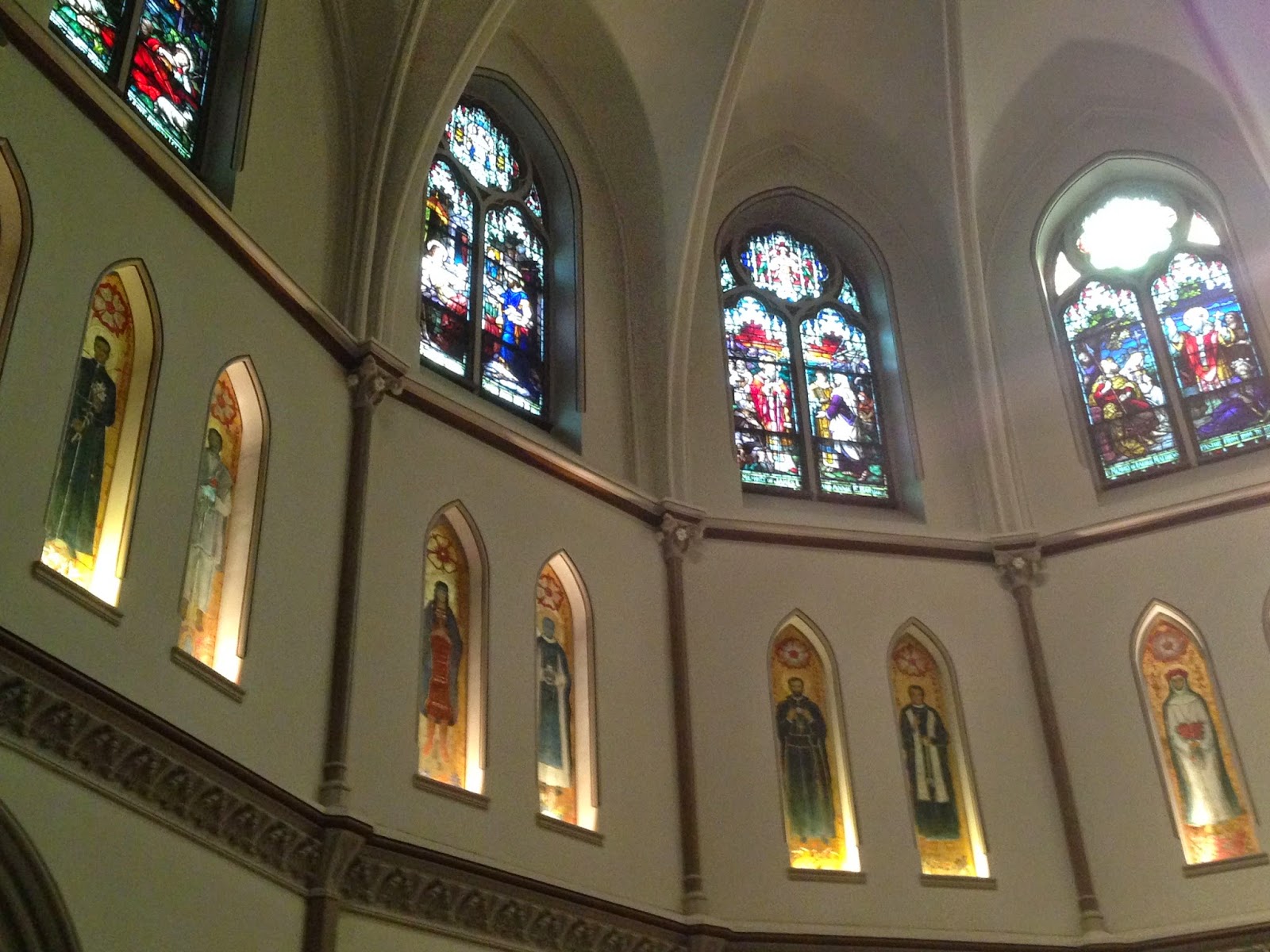 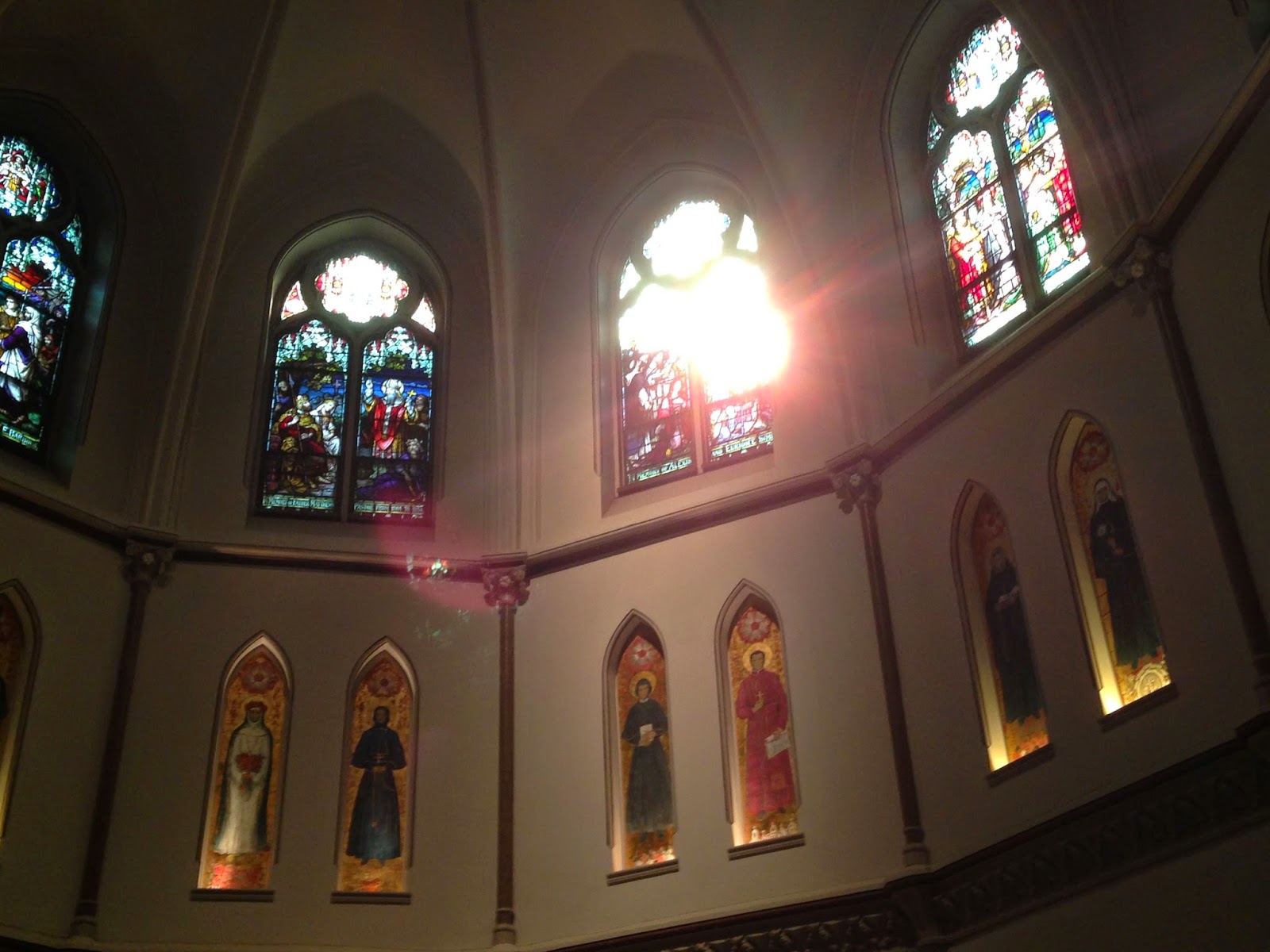 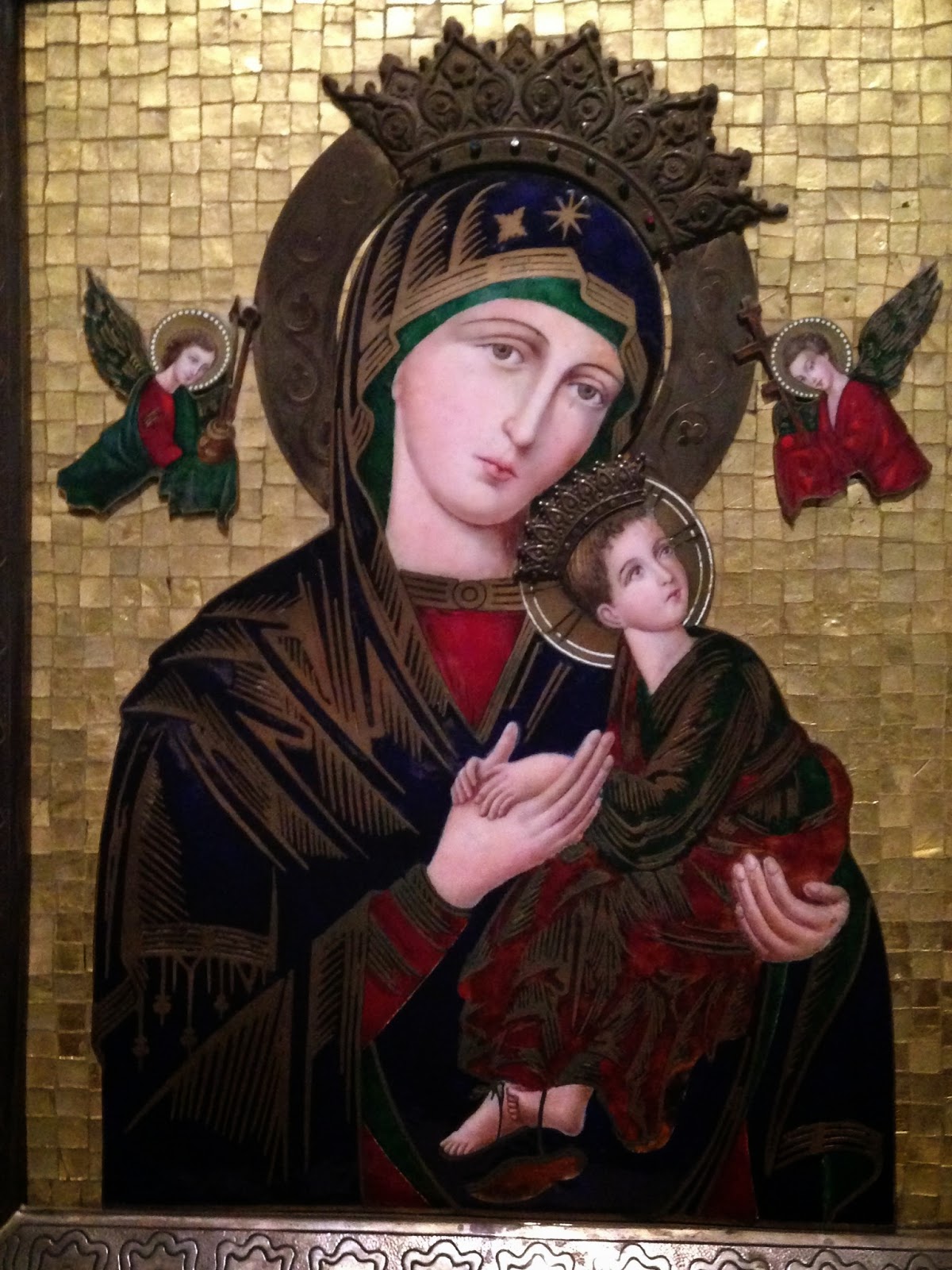 It was a small but very beautiful little church.

Afterwards we walked a block down and went to Ford's Theater. While I know we won't be able to do quite the Civil War unit I had hoped, I really wanted to take the girls to Ford's theater before we move. 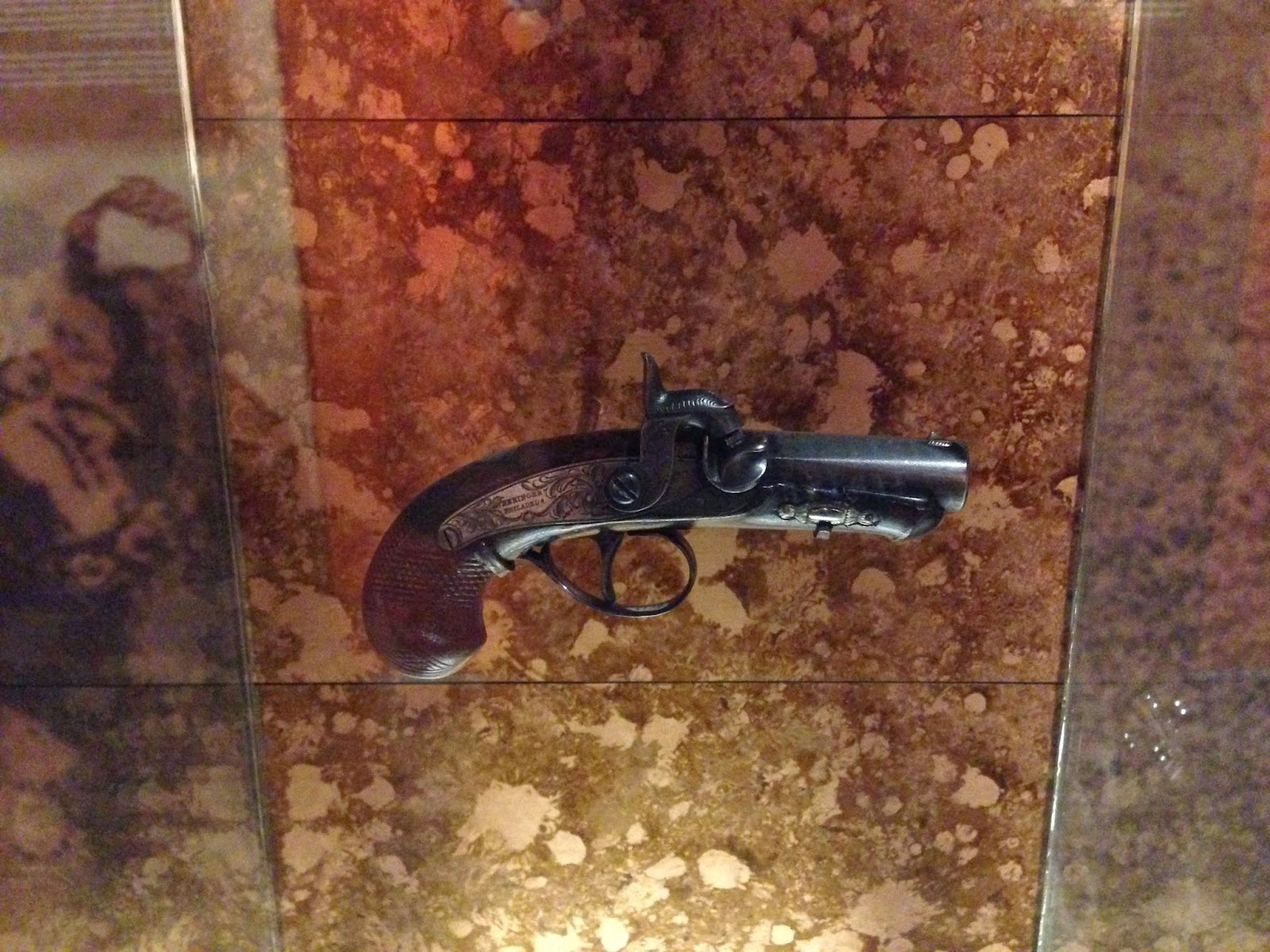 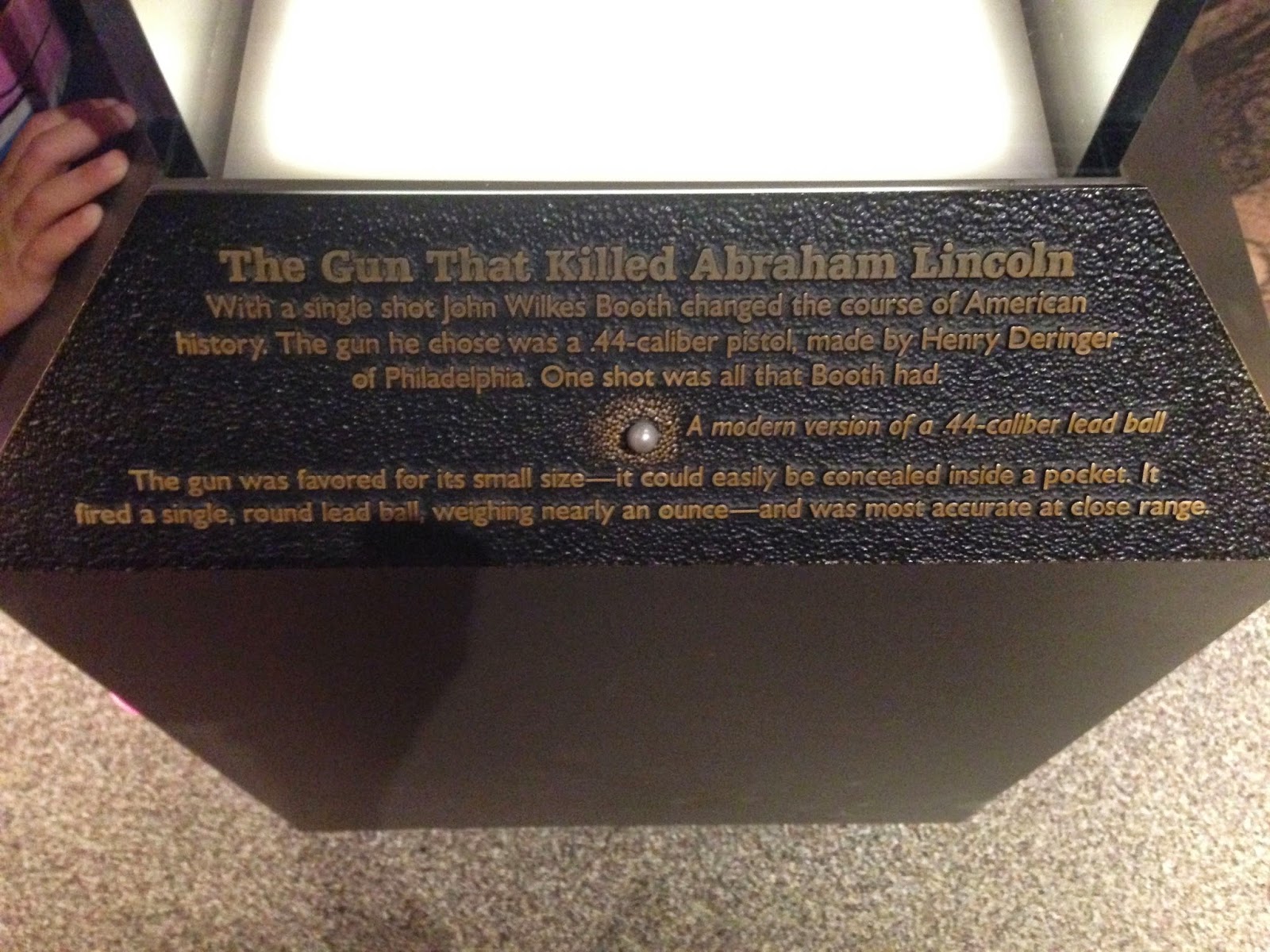 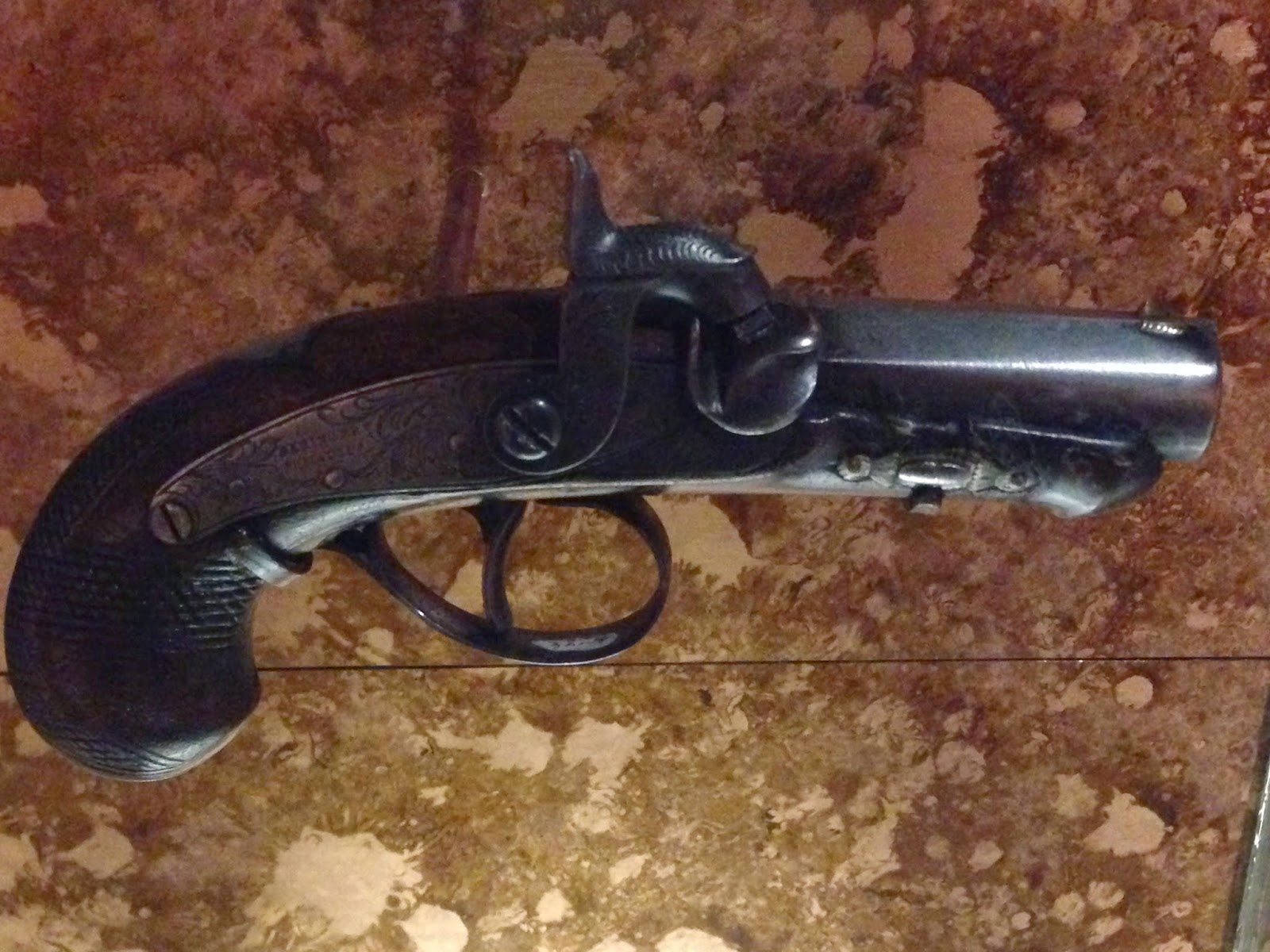 We were especially lucky too. Apparently they often do not have the actual box open due to the narrowness of space and the number of visitors but there were so few people there that day that it was open. 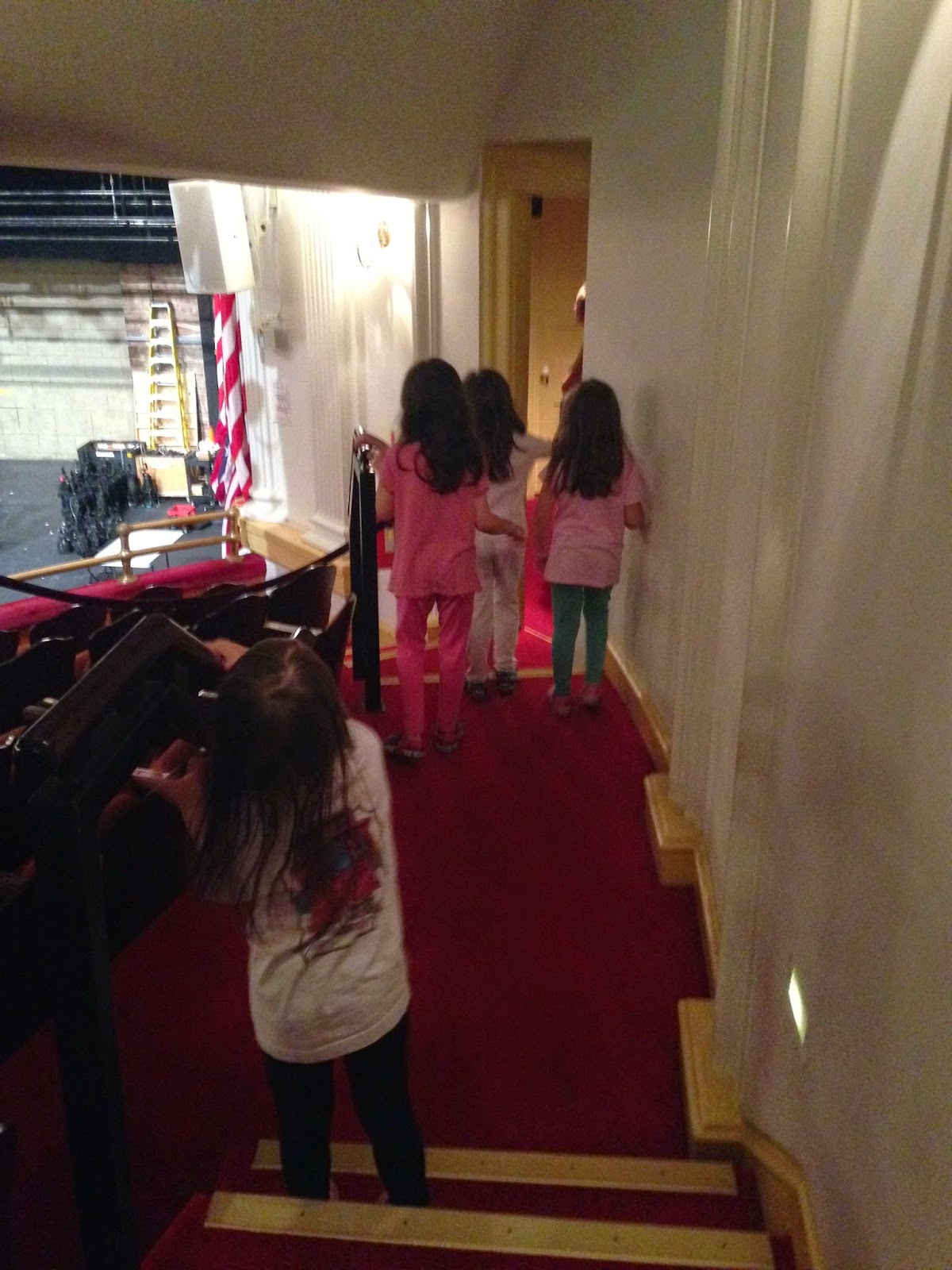 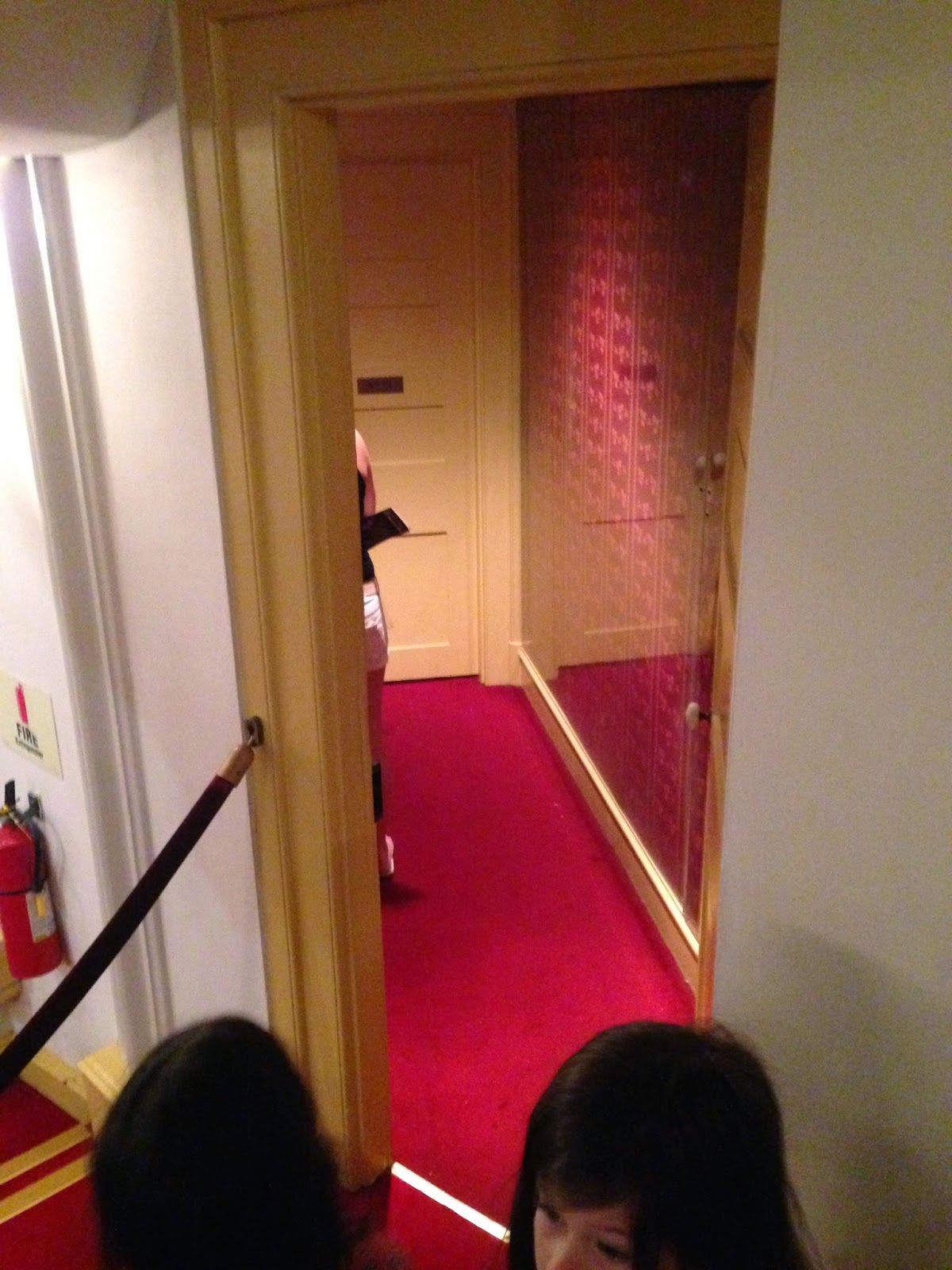 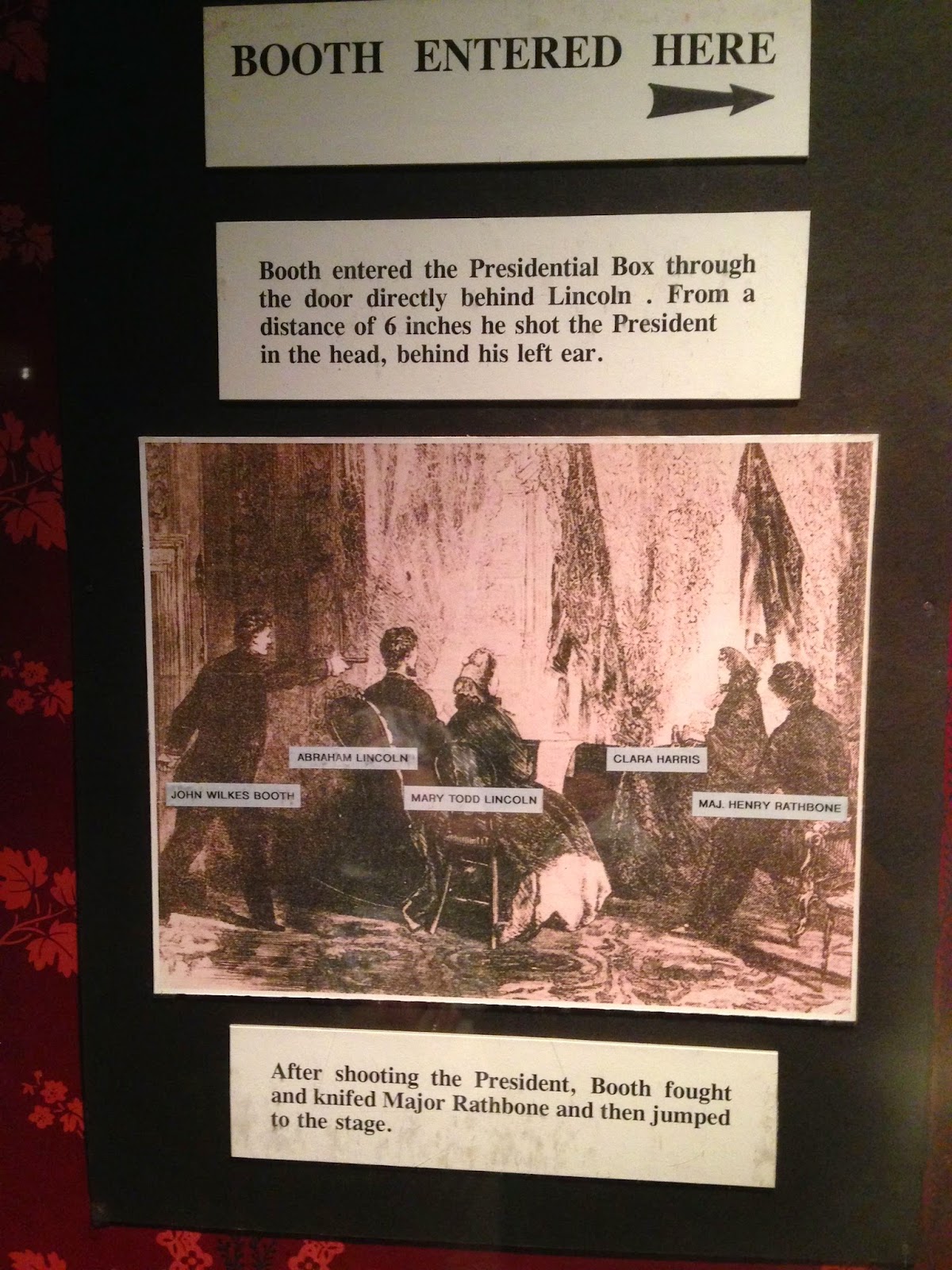 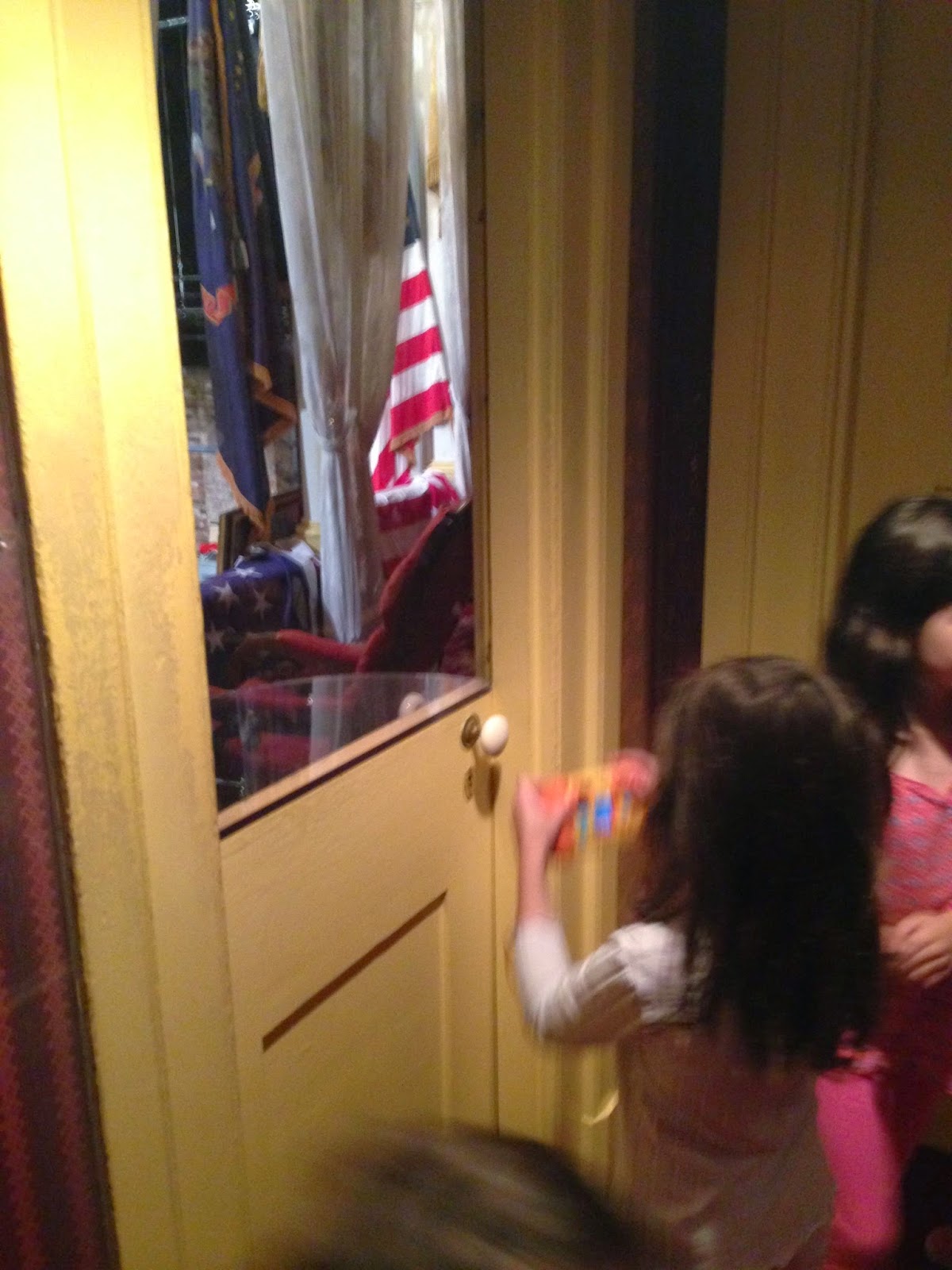 Felicity brought her kids camera to take her own pictures. 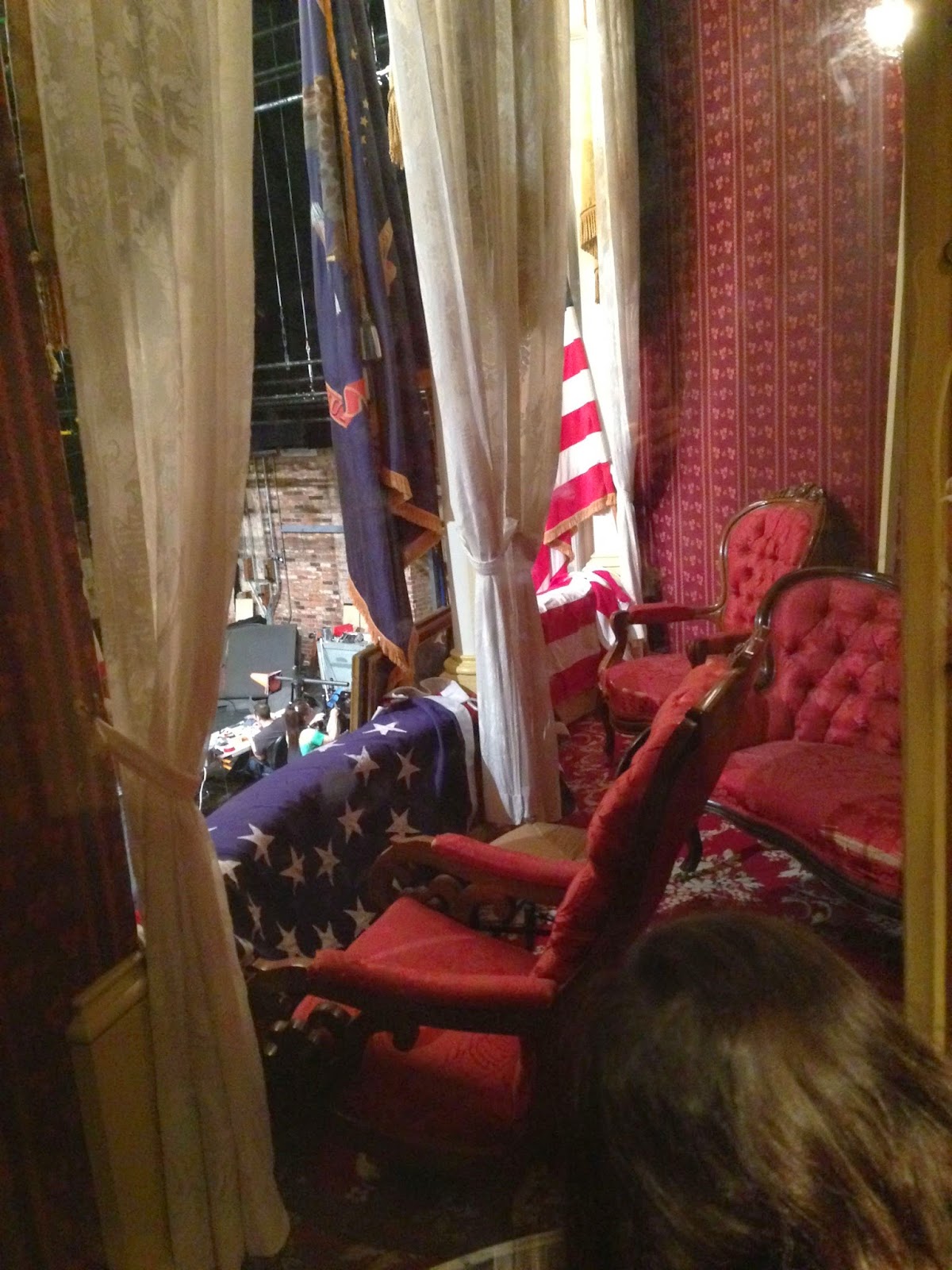 I loved watching Brigid. This amazing, historic theater and my one year old wandering around the velvet rails. 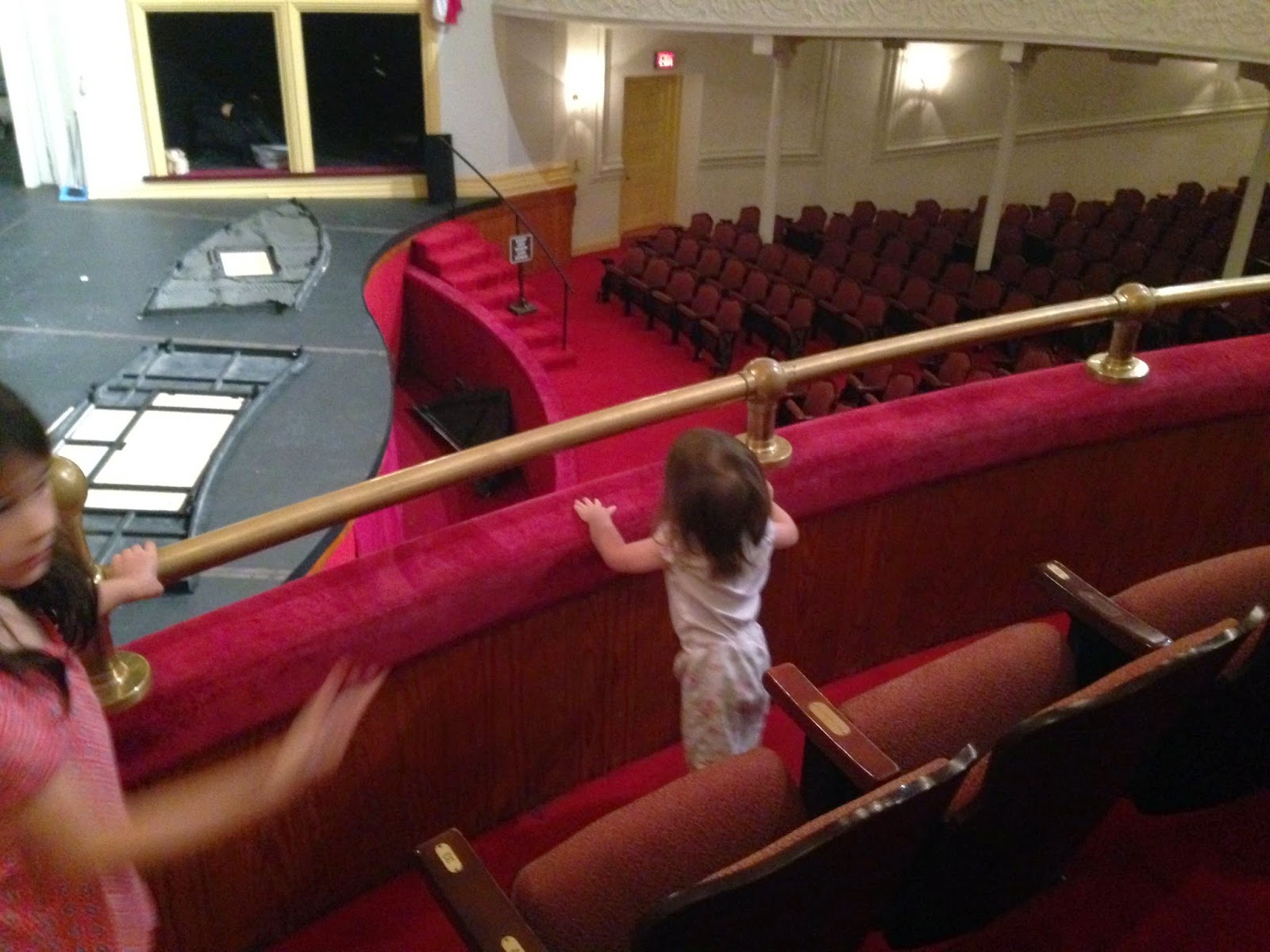 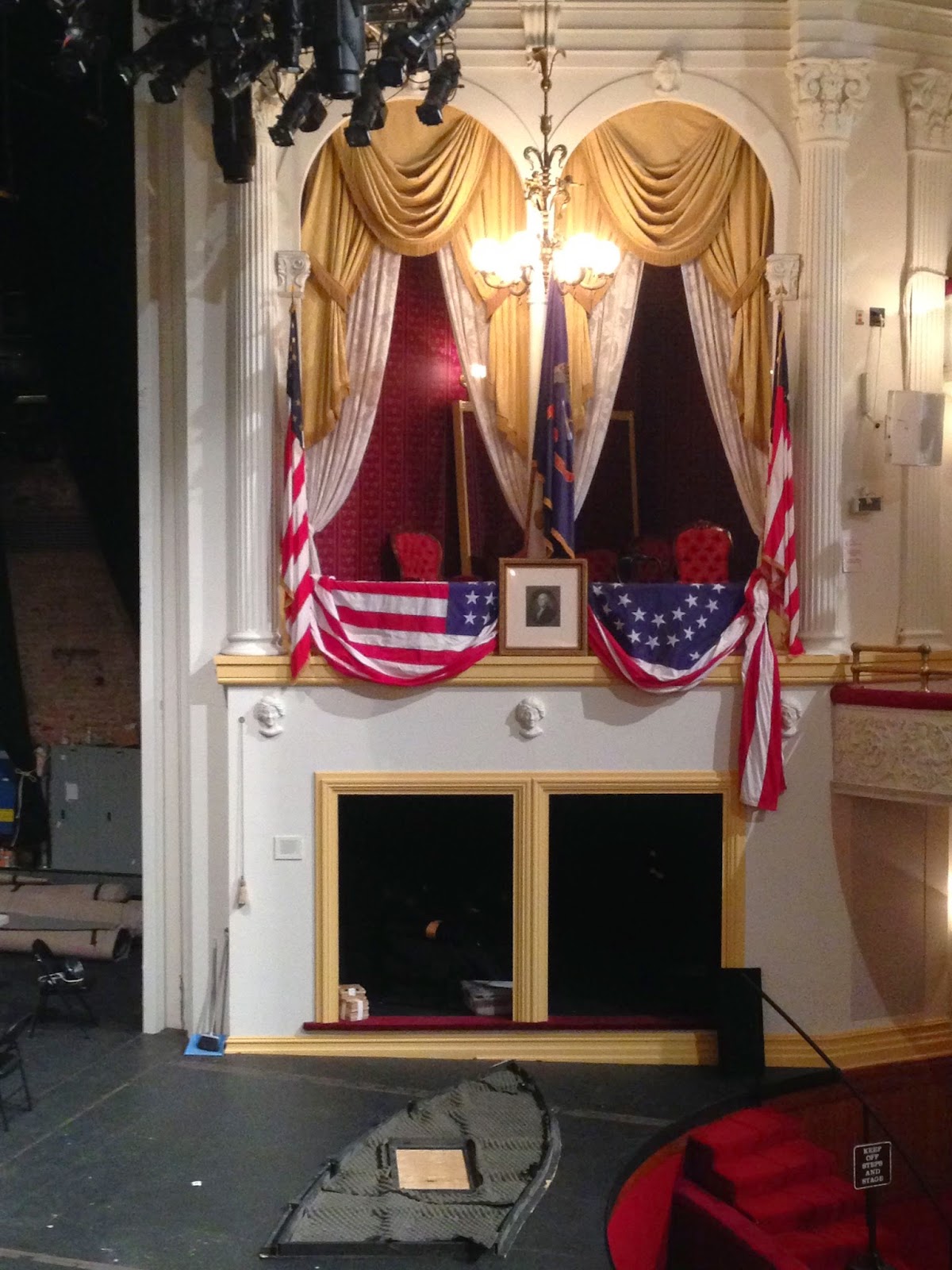 Museums are wonderful but it is such a treat to be able to visit the actual place where something happened and especially, as in this case, where it has been so well preserved.

Lastly we headed across the street to the Peterson House, where they took Lincoln after he was shot. 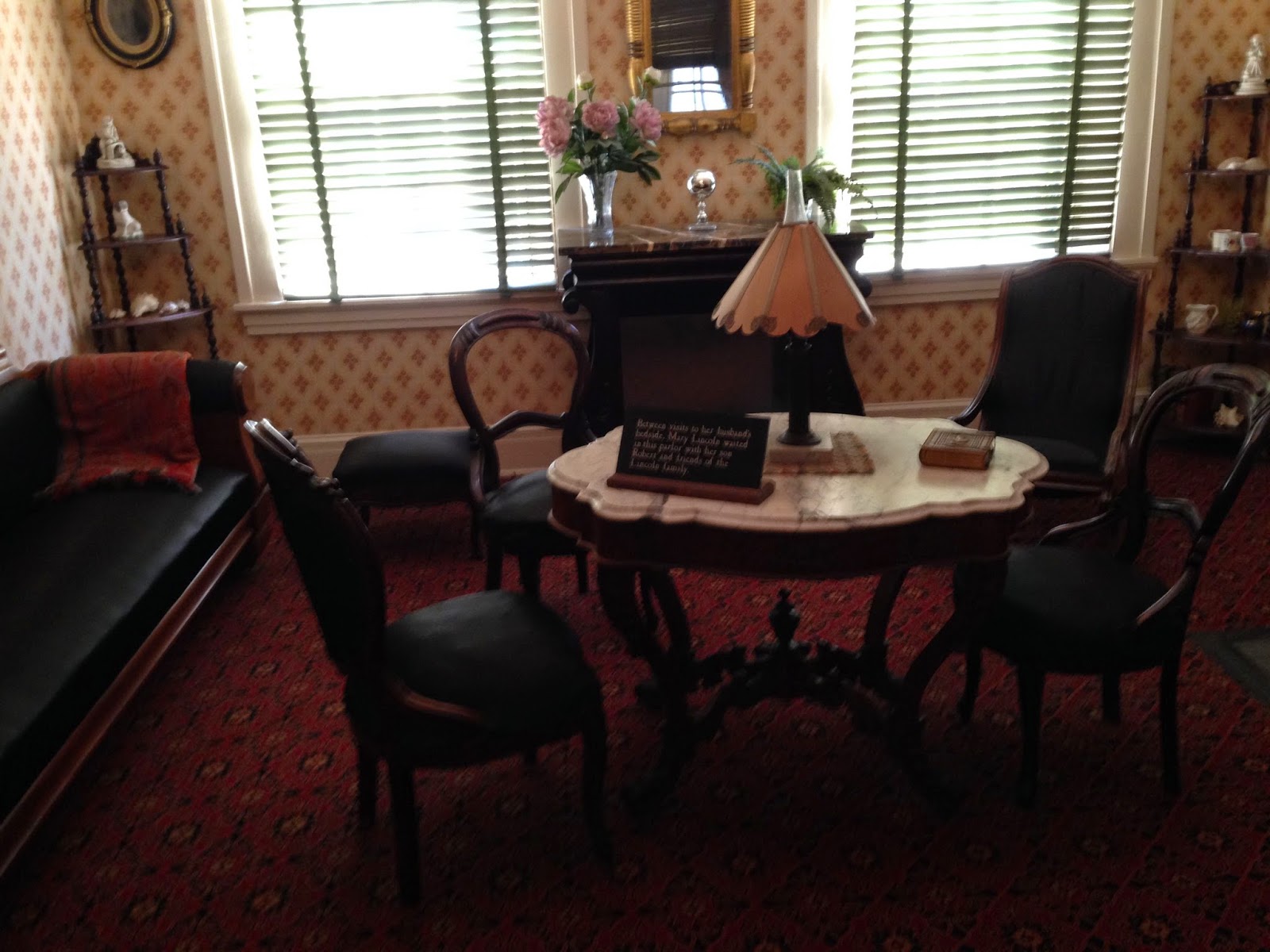 The parlor where Mrs. Lincoln waited when she wasn't by her husband's side. 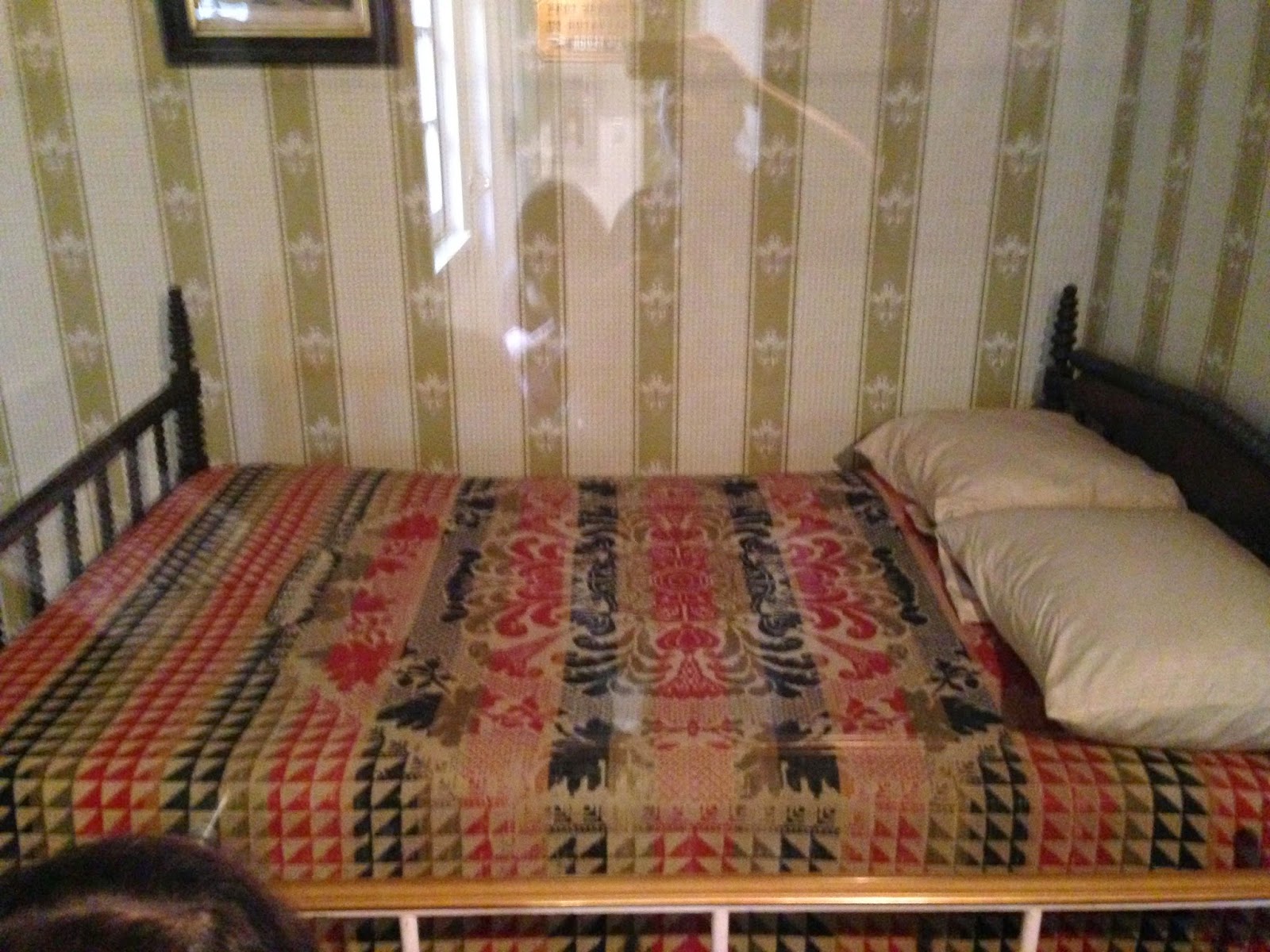 The bed he died in. 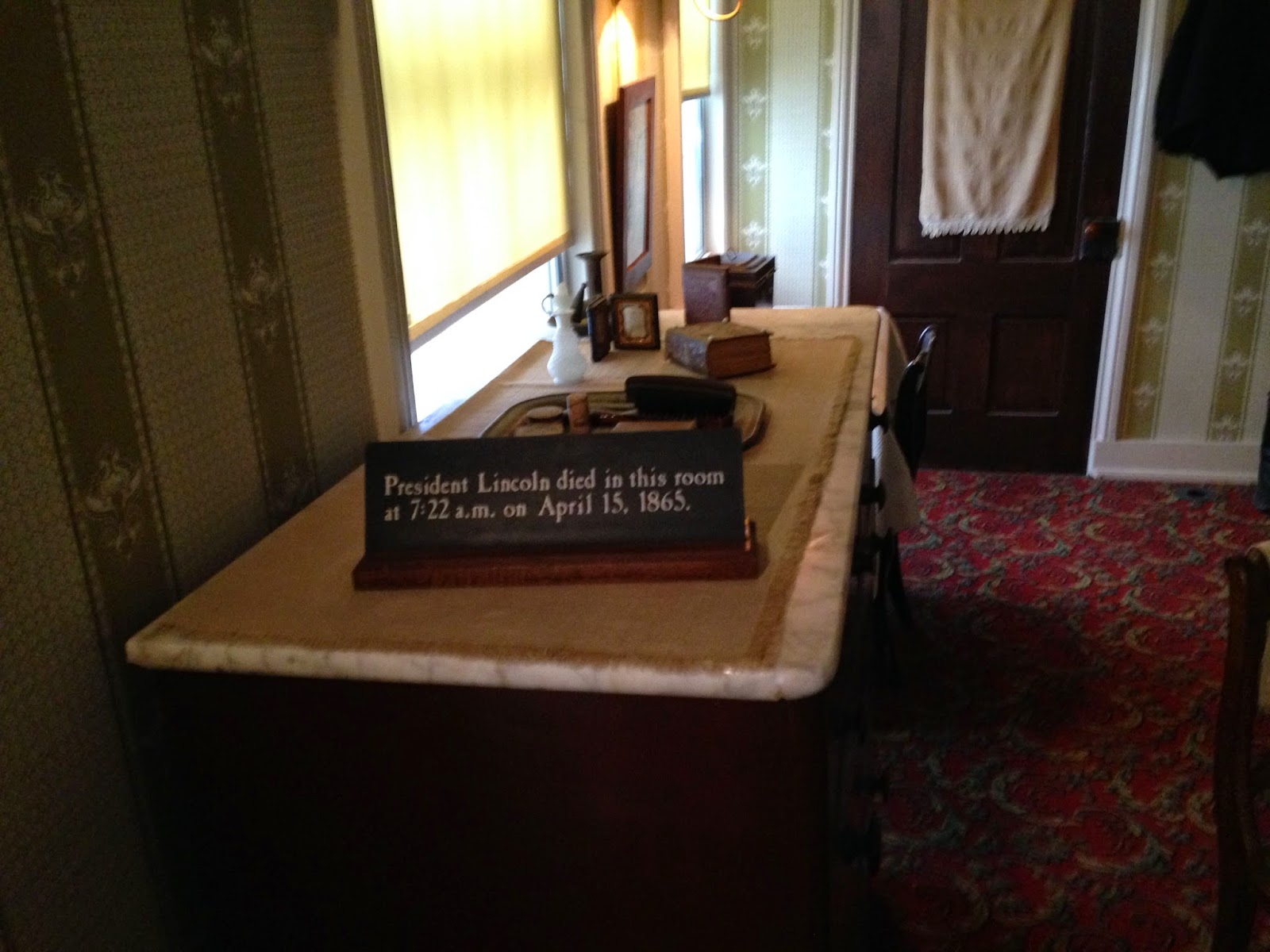 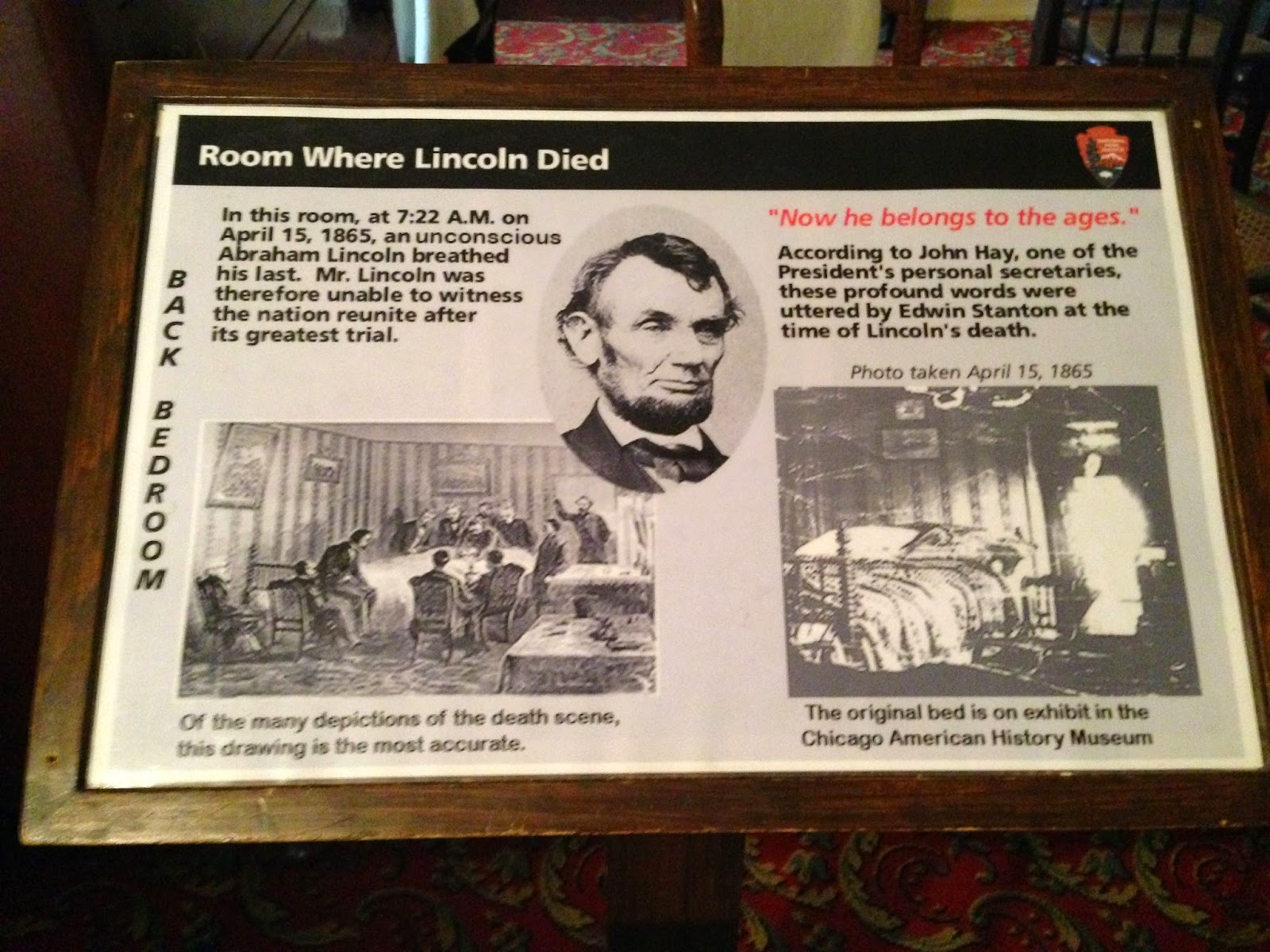 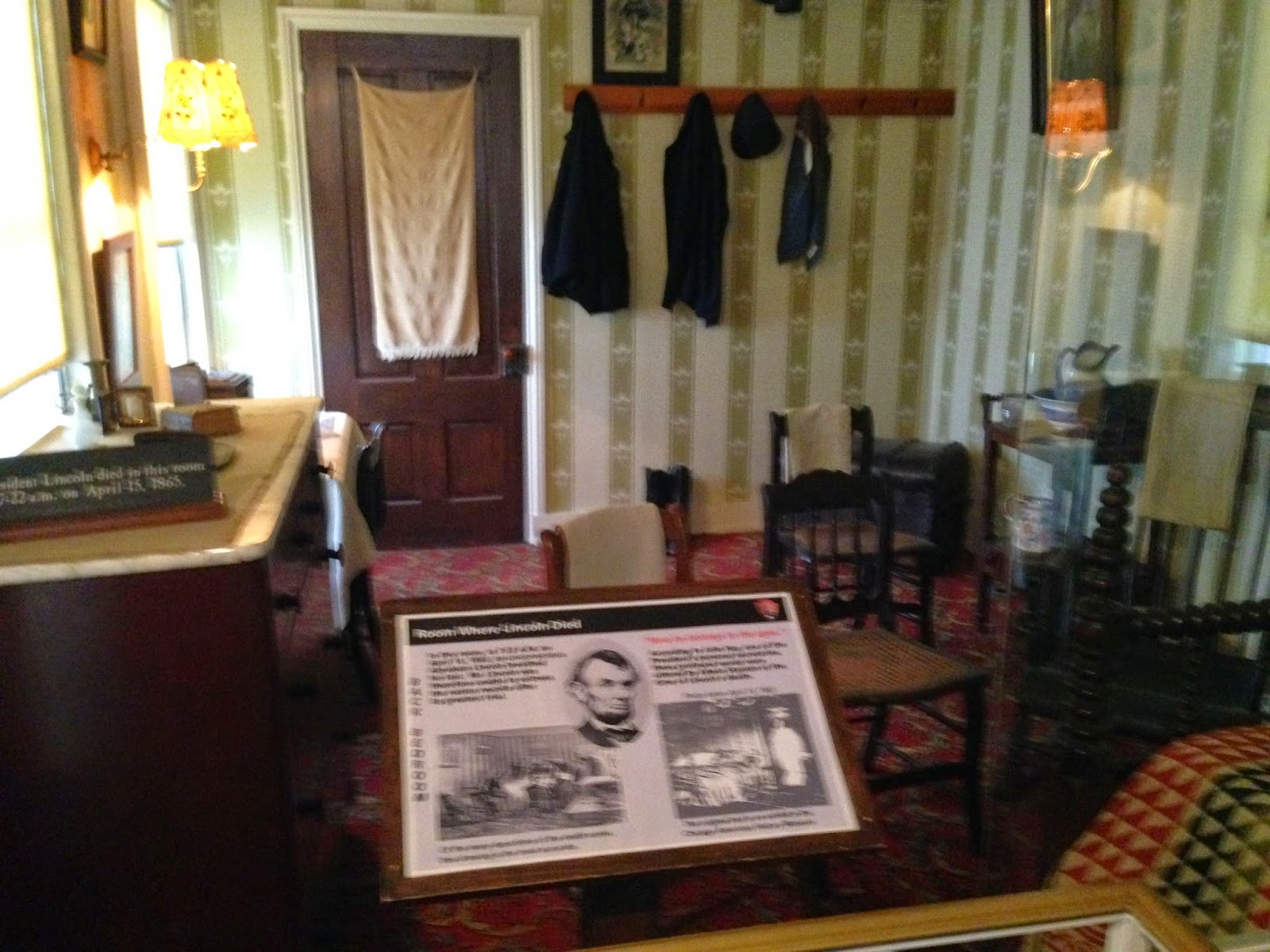 Next to the Peterson House there was an exhibit concerning tracking down the conspirators and the capture of John Wilkes Booth. The girls loved the touch screens about Lincoln's funeral and the illuminated map of Booth's attempted escape. 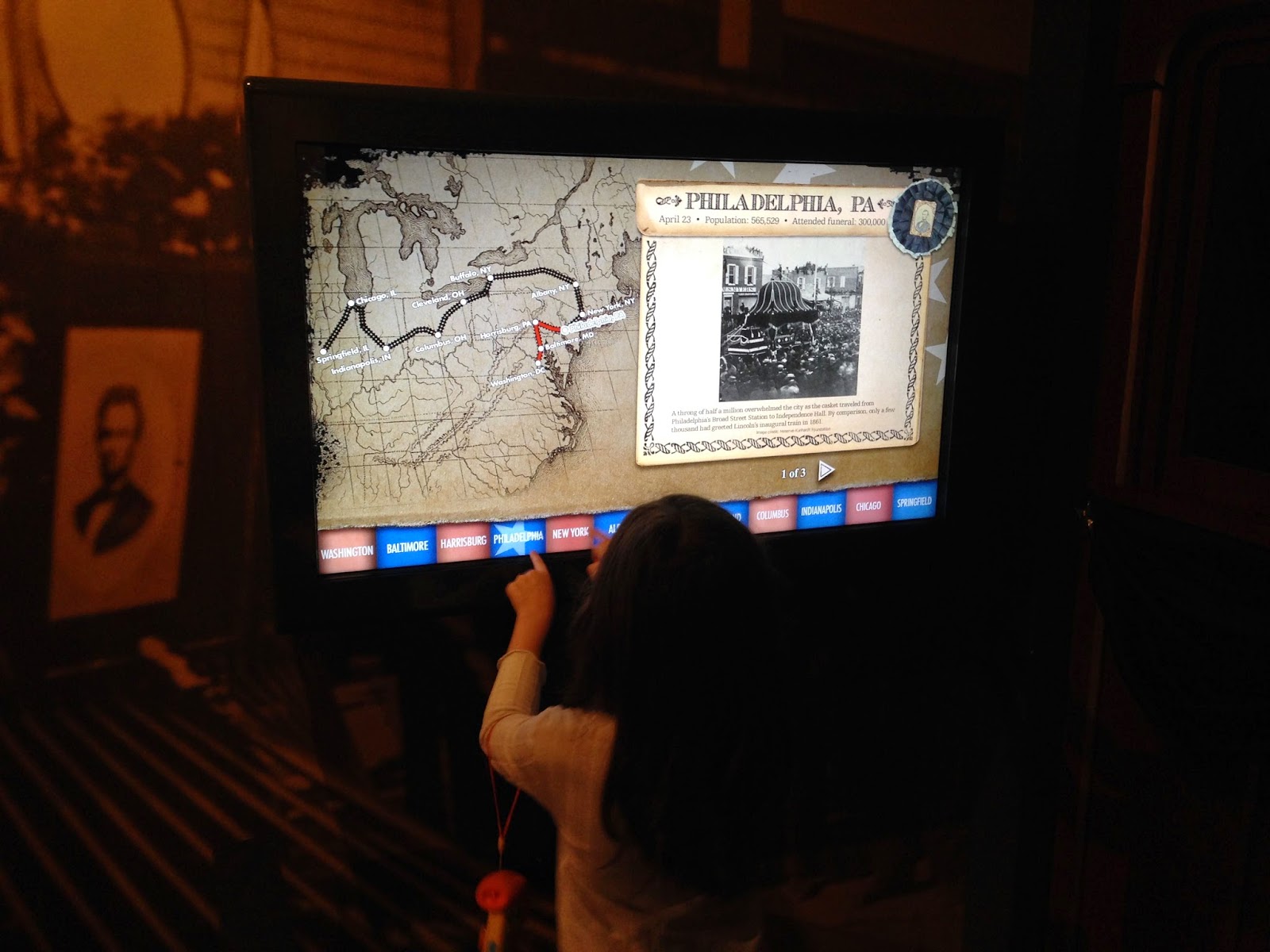 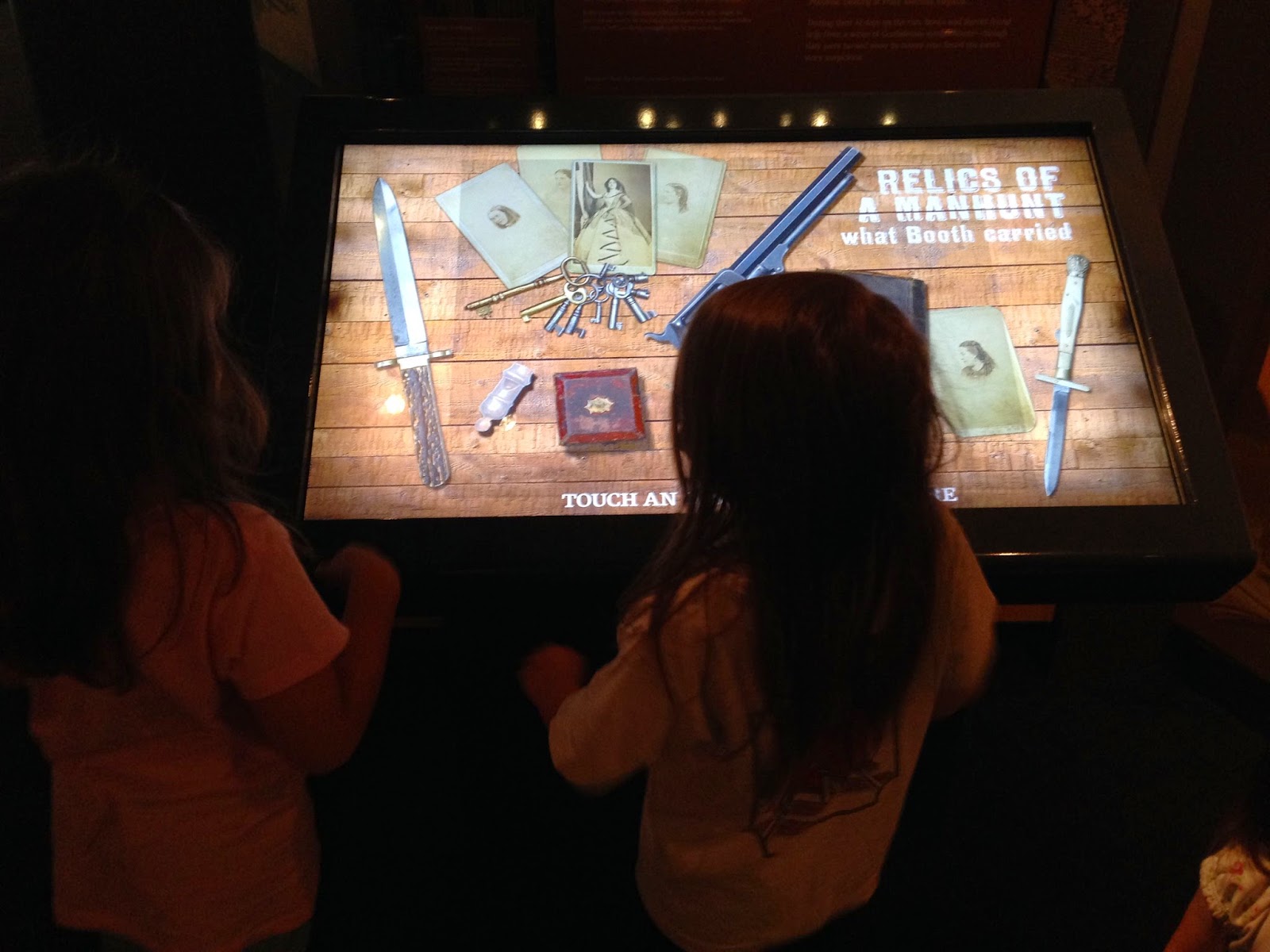 Afterwards we picked up Chick FilA and came home for lunch. 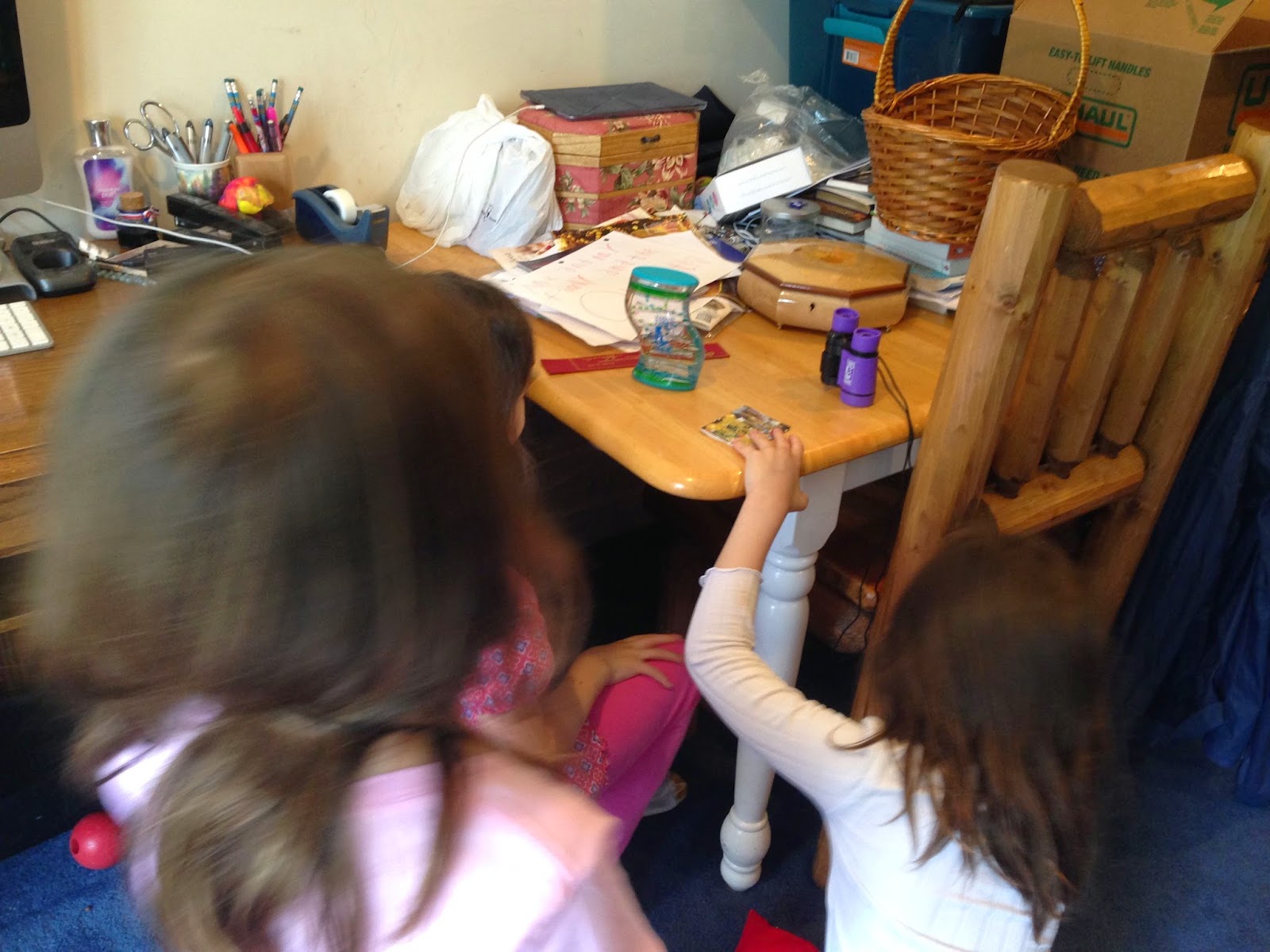 The girls each got a souvenir or two. Cecilia got binoculars and a bookmark, Felicity got marbles, Elizabeth got binoculars, and Teresa opted for a lollipop. A favorite seems to be though a souvenir I got of blue and green bubbles that travel down slopes and mesmerizes the girls. Go figure. :)

And, of course, Cecilia and Elizabeth finished their remaining subjects before video game playing commenced.

All things considered it was a very successful week. We are, miraculously, not behind AND worked in an awesome field trip. I did not do much cleaning though and hardly any packing so those were my foci for Friday.

We spent Friday cleaning up the living room and playroom and I got half a dozen more boxes packed.

I'm not quite sure how next week will go though. I'd really like to get the girls to Gettysburg before we leave Maryland. I also have an OB appointment Monday morning and need to finish packing. All before Friday! We will simply do our best. :)

Posted by Katherine at 9:08 PM