We arrived at the new house on Sunday, August 31 but the movers didn't arrive until Thursday, September 4. What do you do with 5 kids waiting for all your stuff?

Because even when your day begins with this 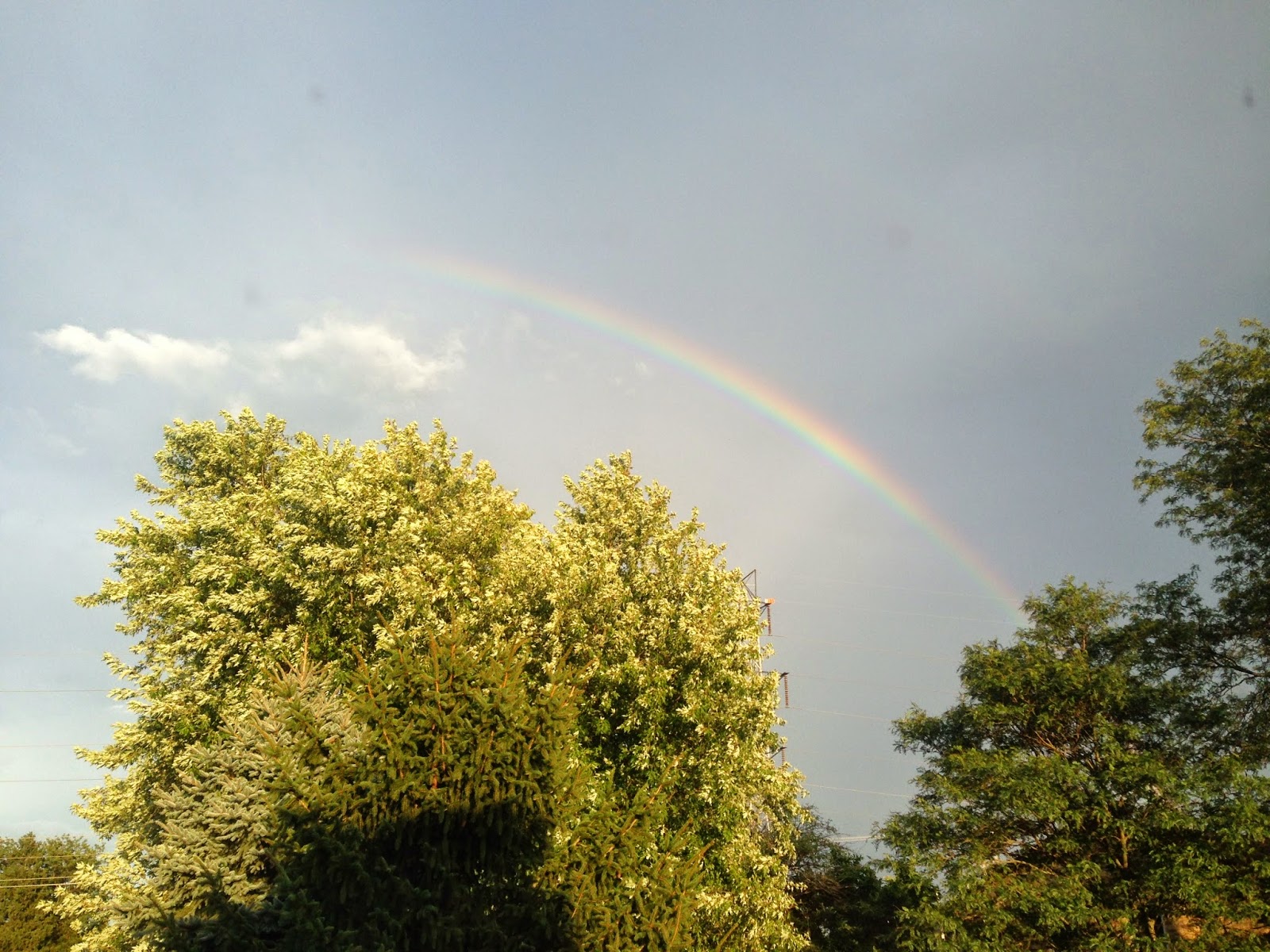 Eventually, your kids are just running around naked doing this 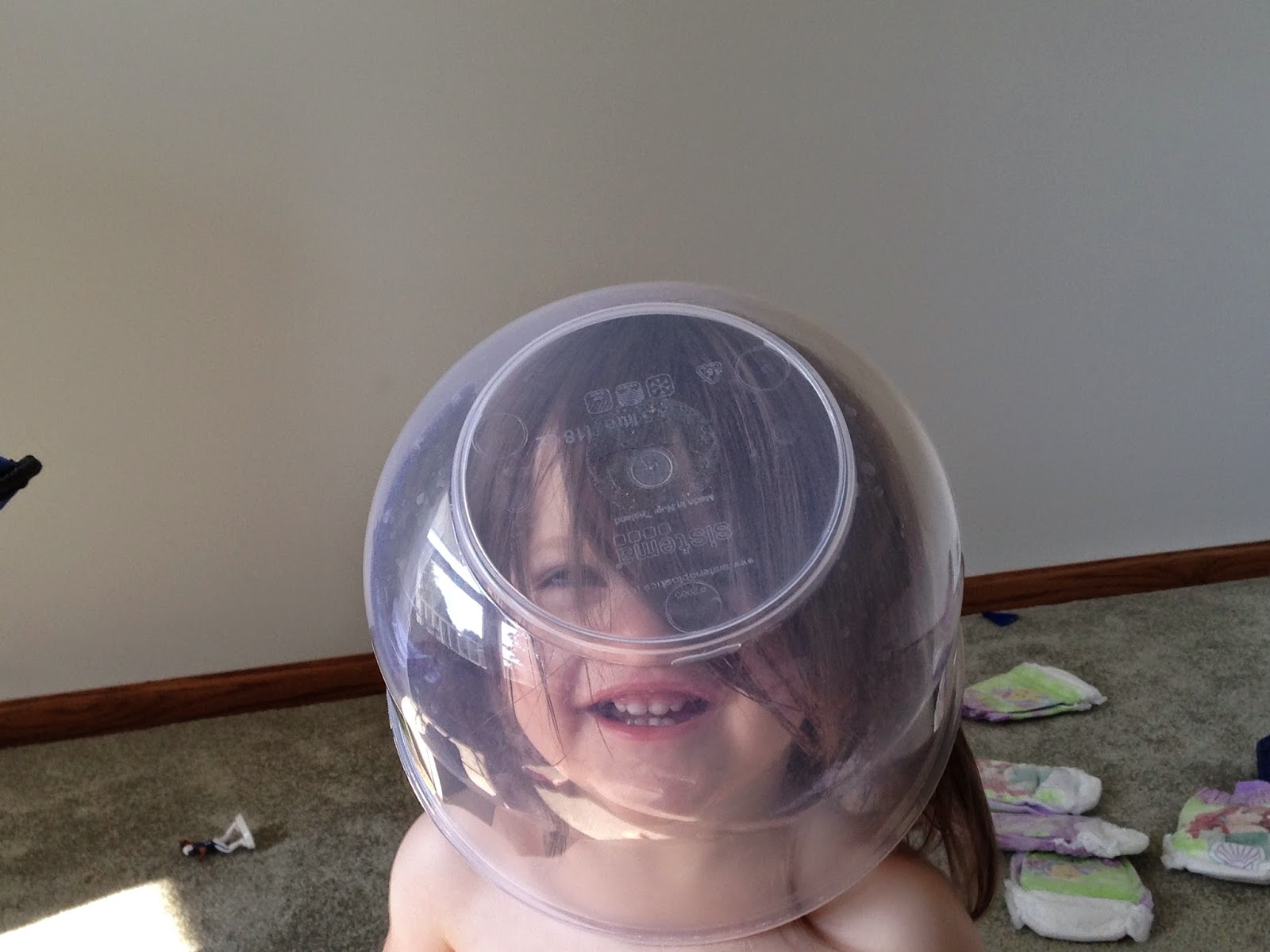 That is a lettuce crisper on her head but when you have almost nothing to play with and nothing to do, you do what you need to with what you got.

So we went out to Taco Bell for lunch... and Brigid loved the cinnamon bites. 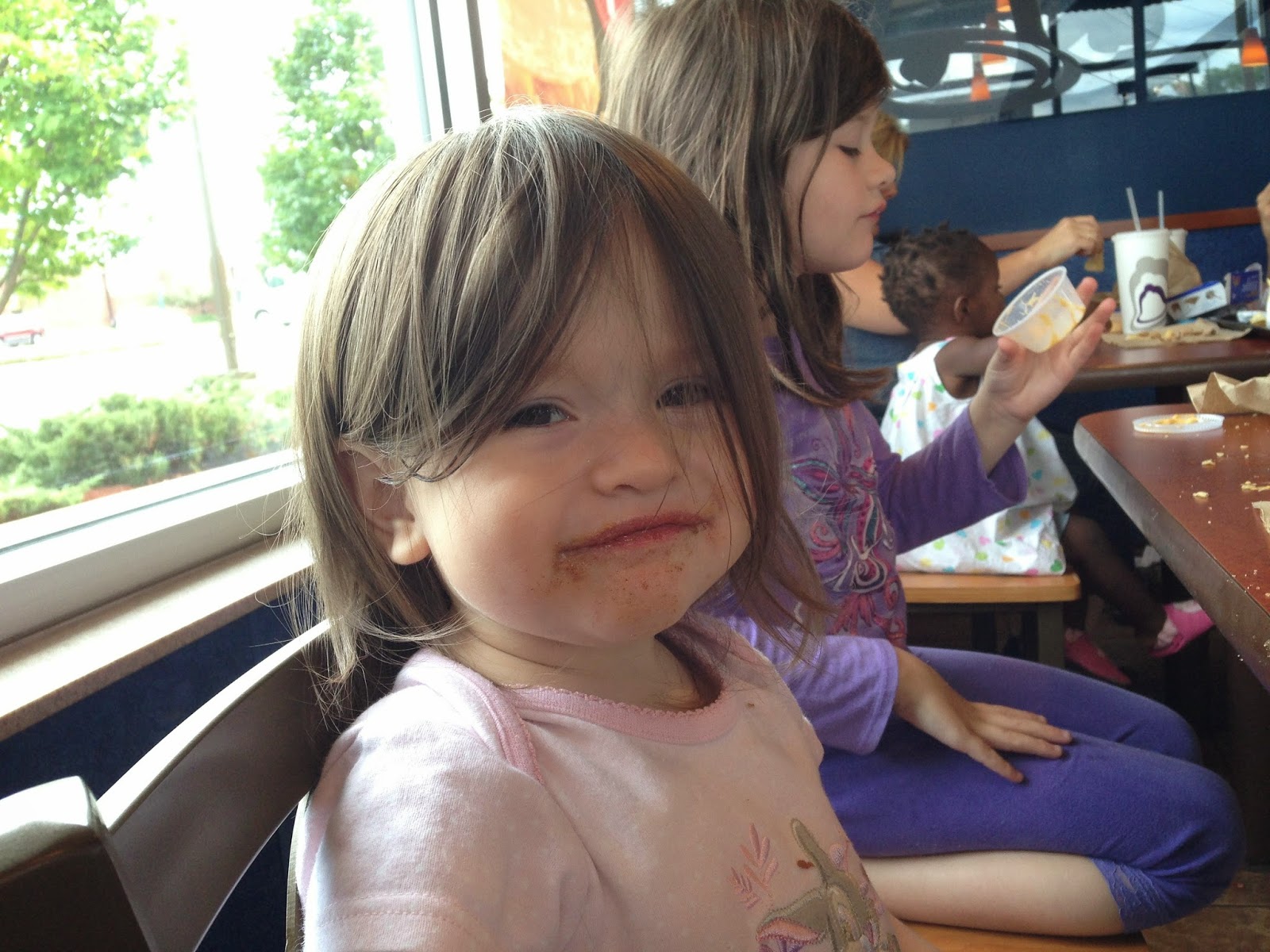 And we checked out a nearby mall that had a Lego Store. 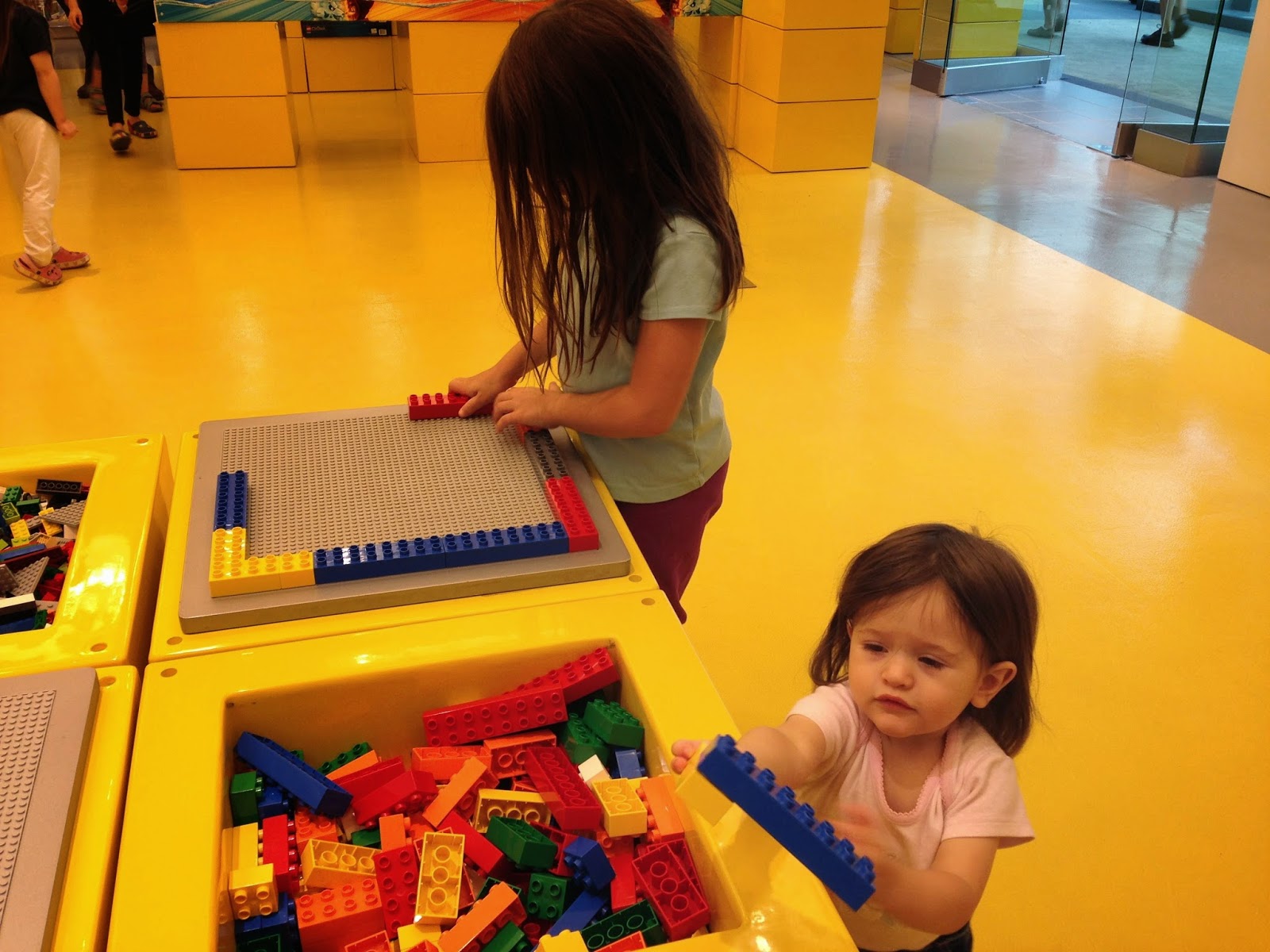 Each girl got to get a toy to play with at home but they couldn't spend more than $10 each which, if you know the cost of Legos, was an interesting challenge in itself. 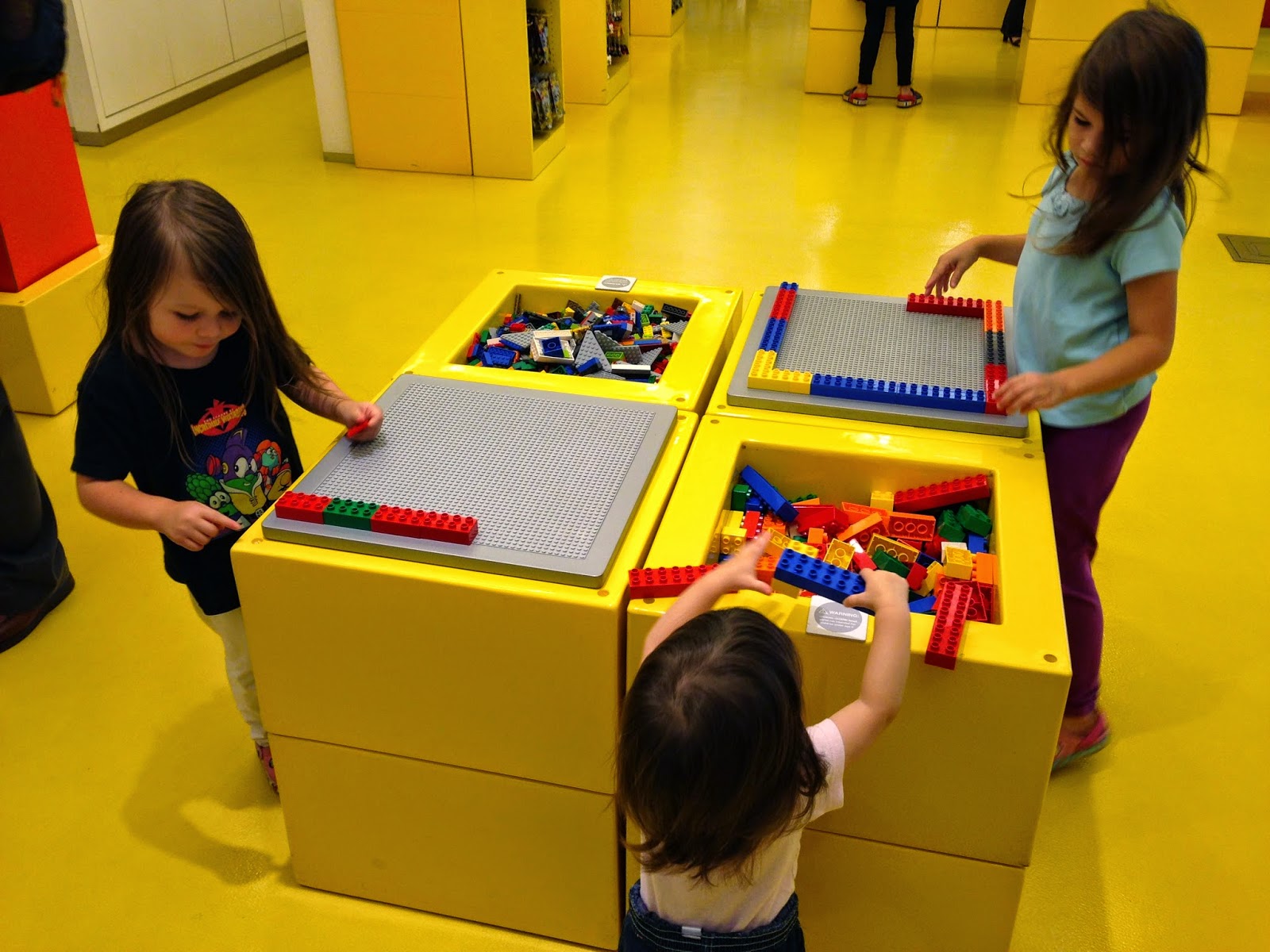 But that outing bought us through Tuesday. 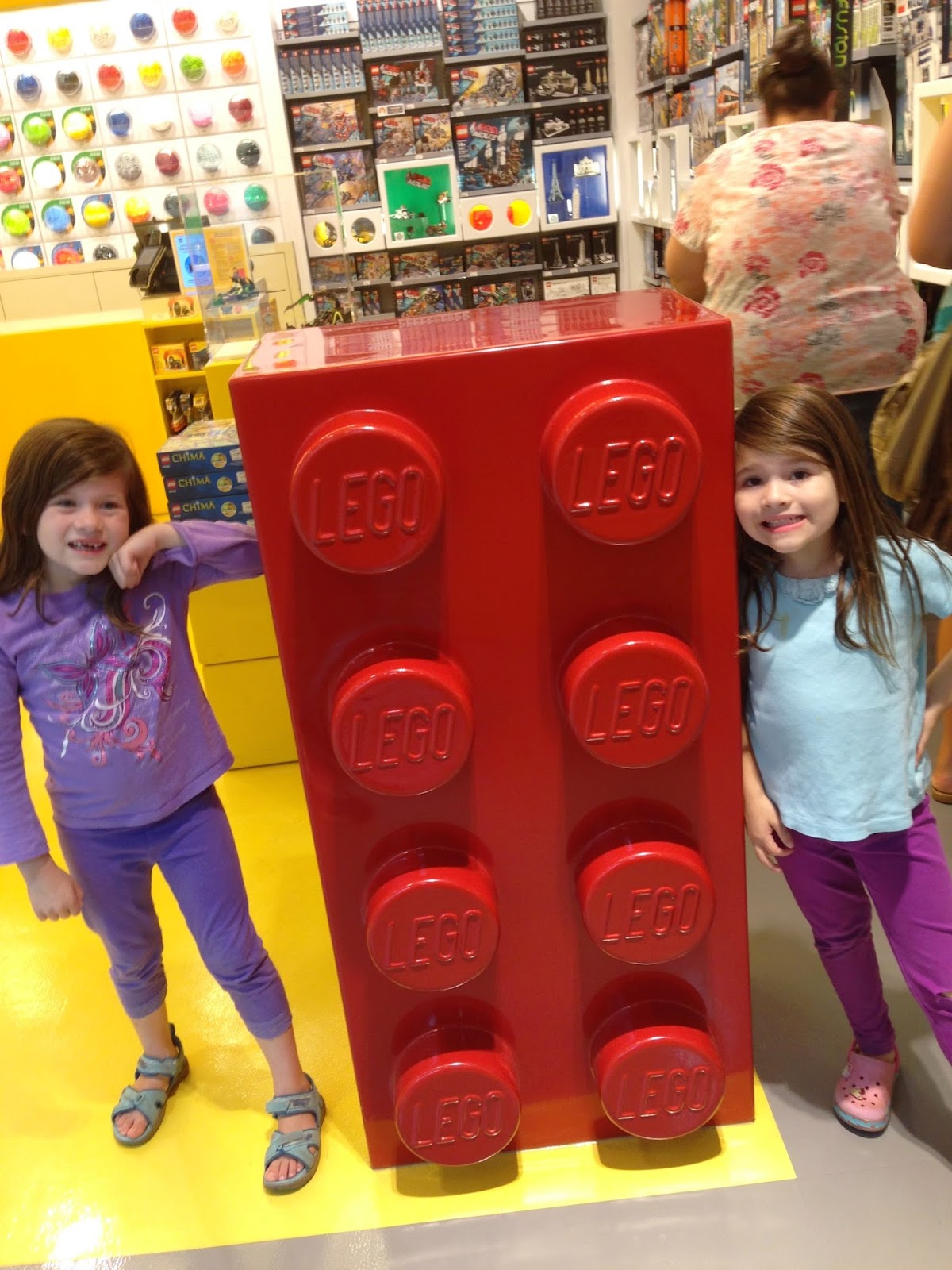 Wednesday we drove down near Chicago and went to the Lego Discovery Center. It is, in some ways, a miniature version of LegoLand. So we visited MiniLand 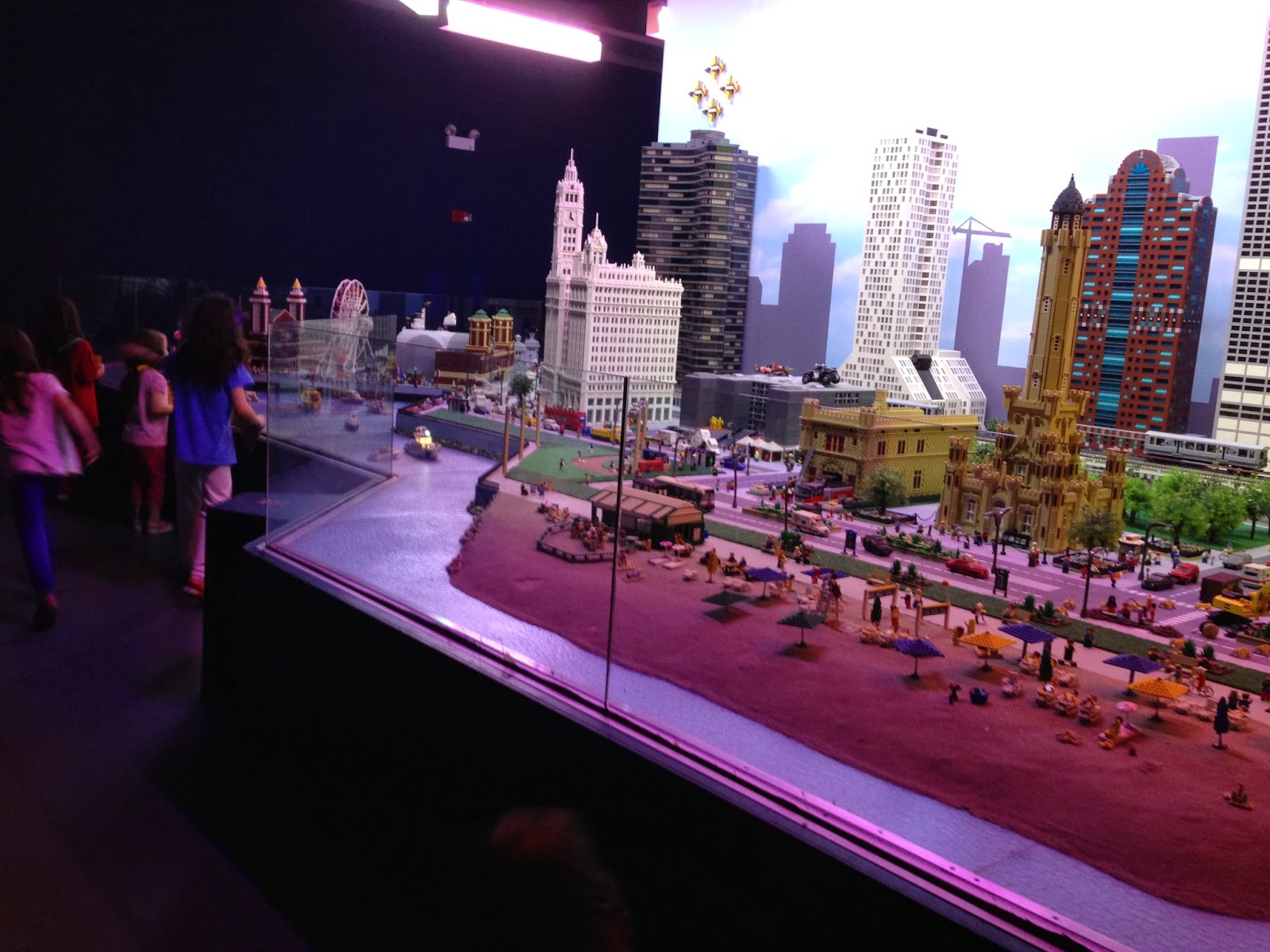 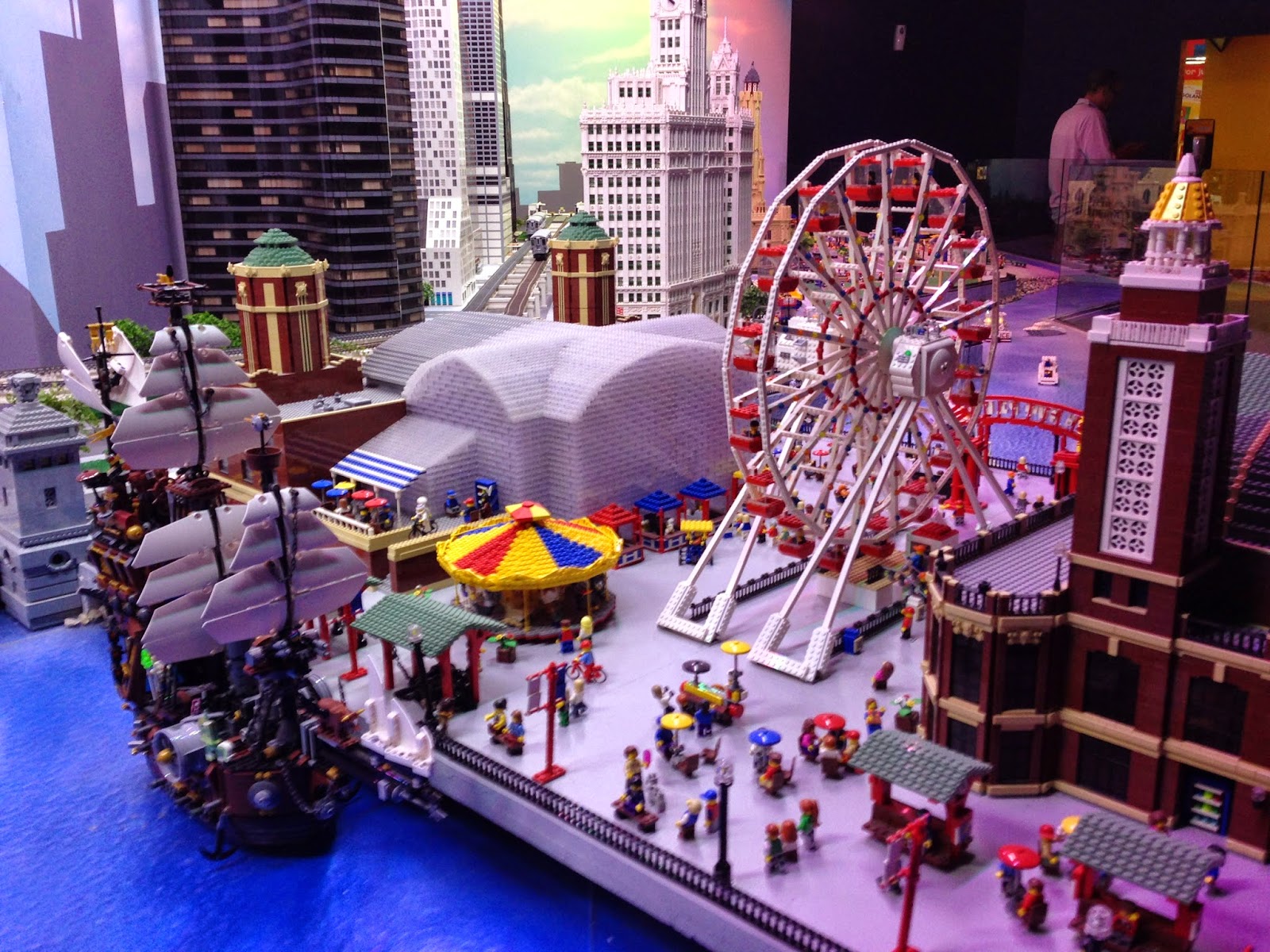 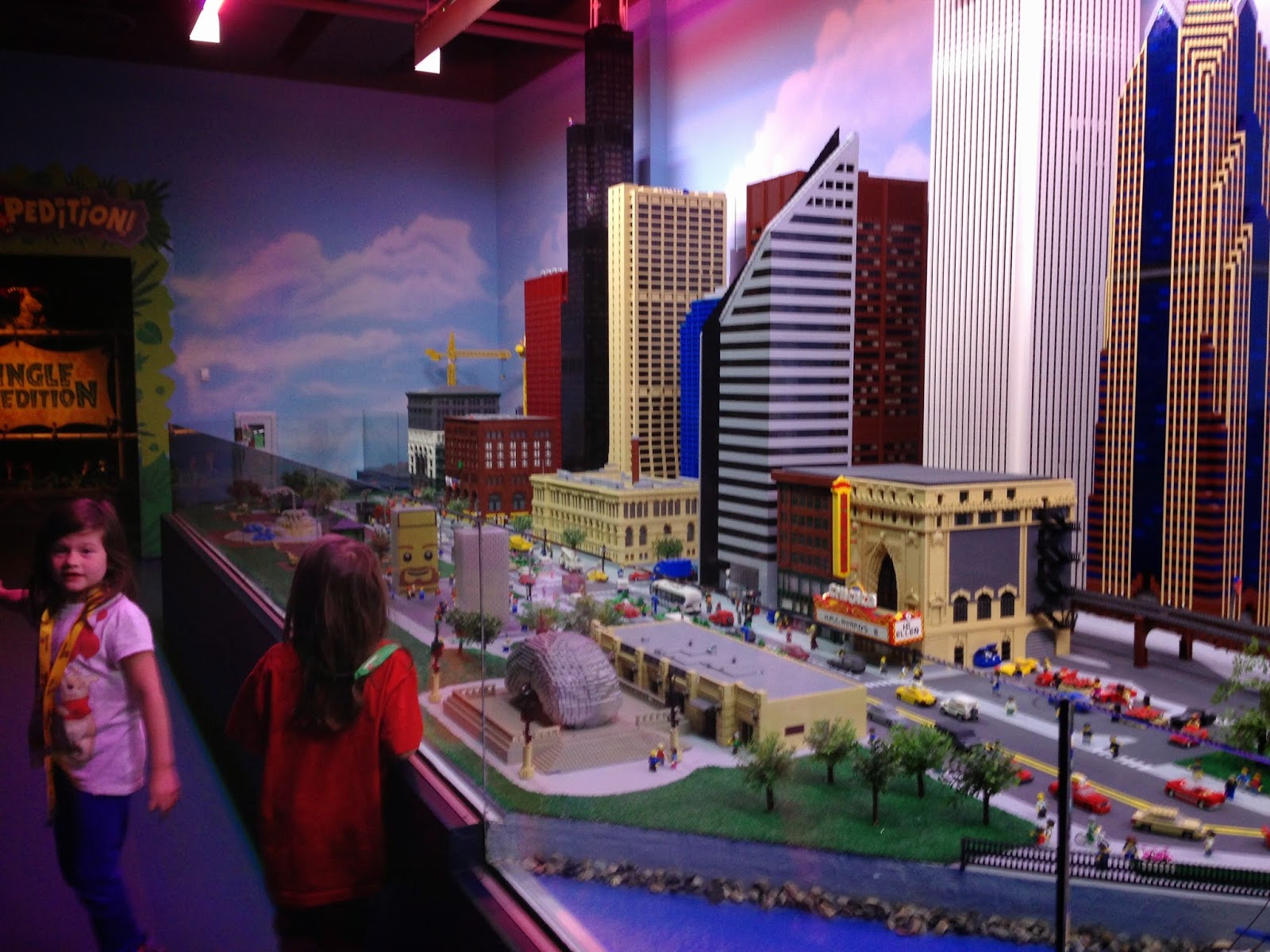 And the Adventure area of Lego animals 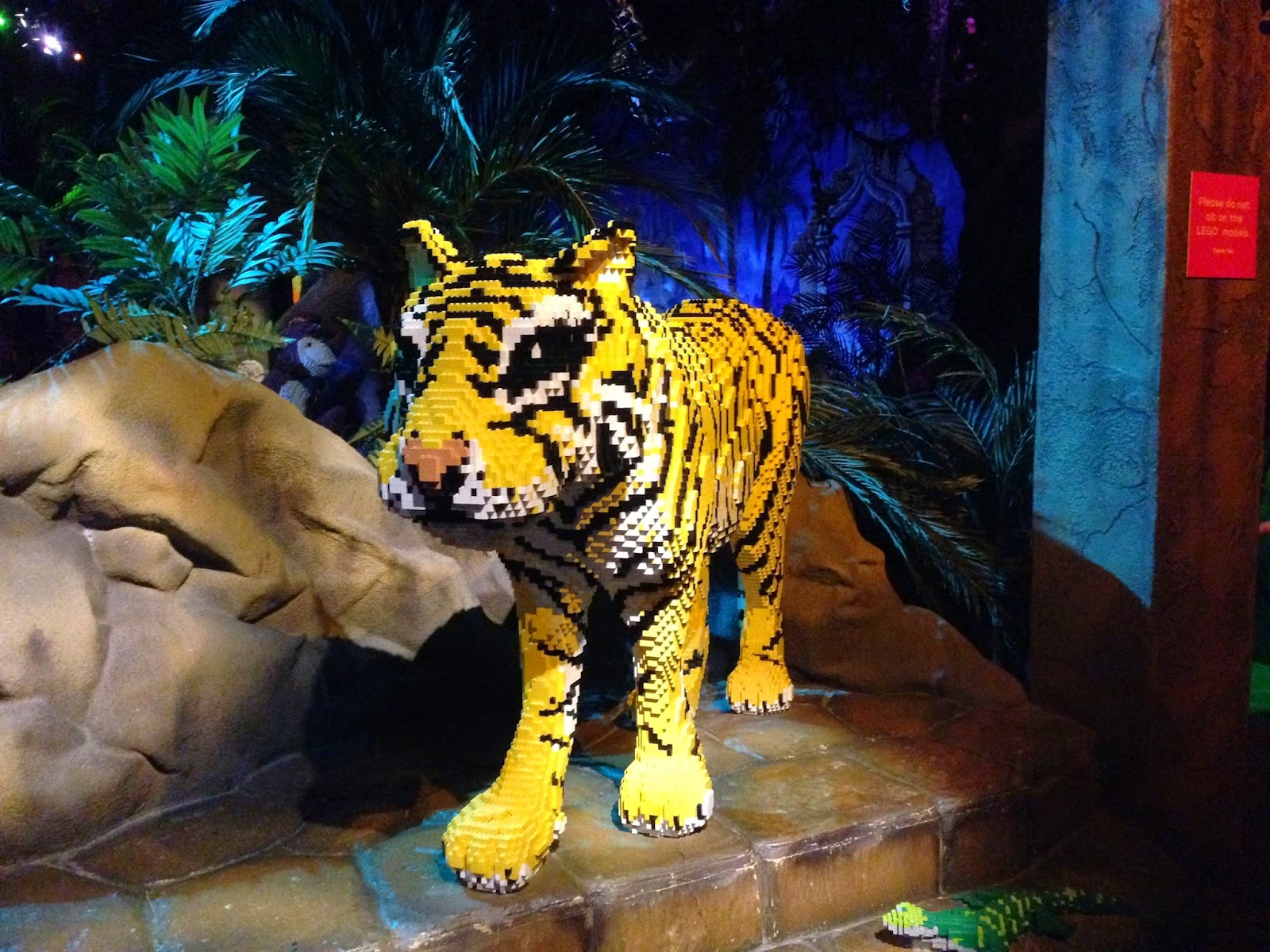 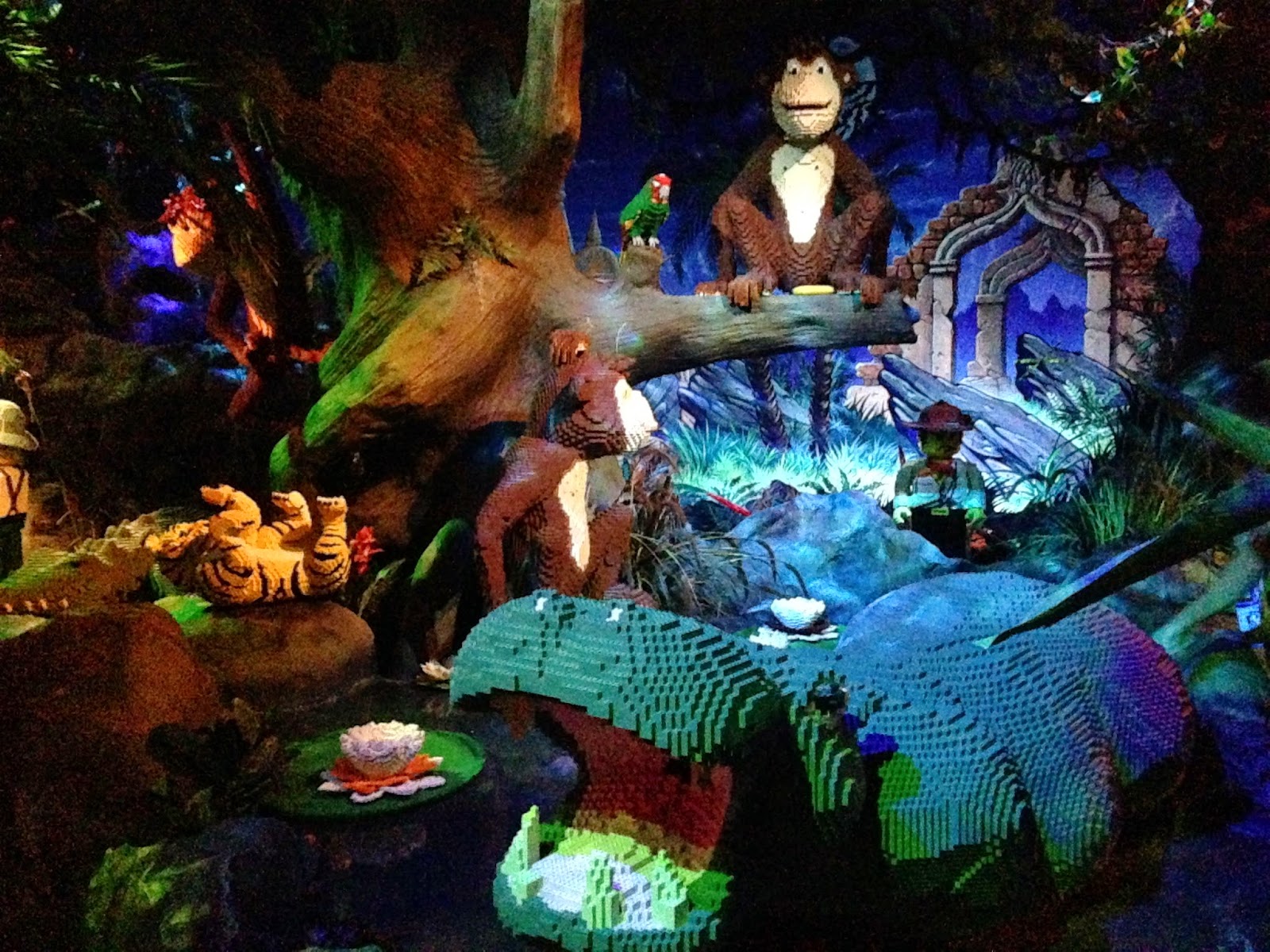 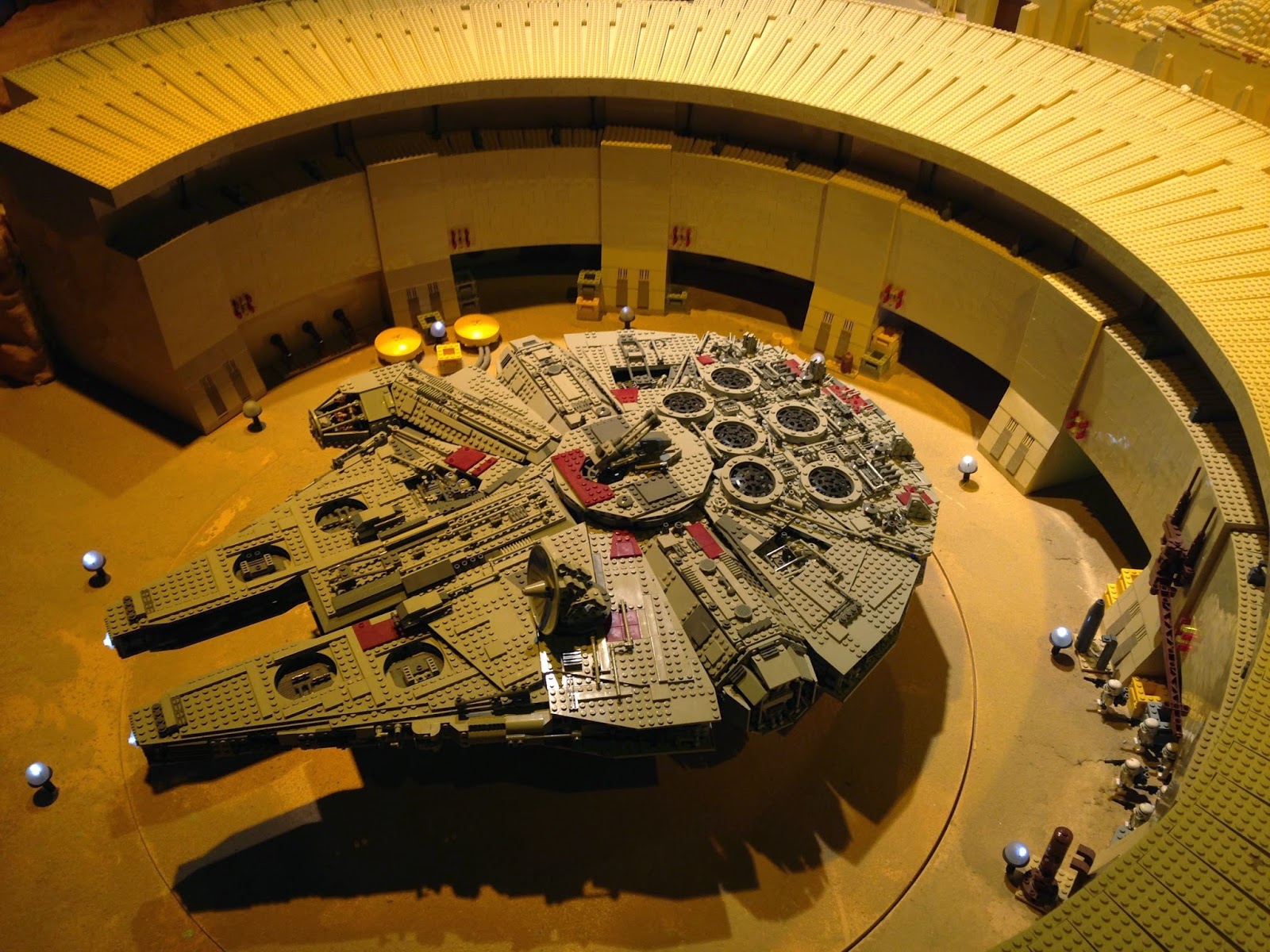 Brigid liked the Lego figured that were just her size. 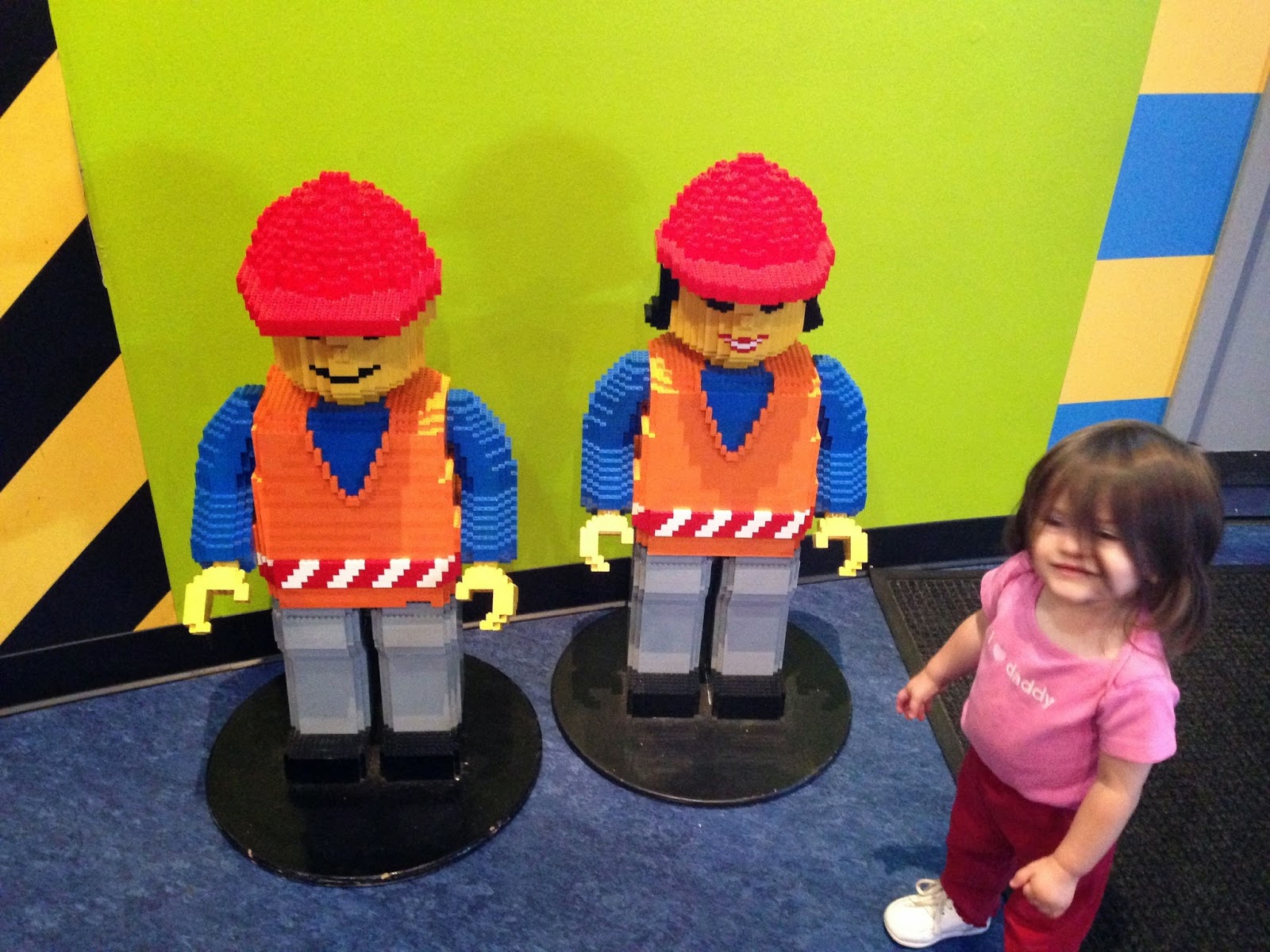 Unlike when we visited LegoLand, The Factory was open with a demonstration of how they make Legos. Cecilia and Felicity volunteered during the presentation. Each child was given a souvenir lego block. 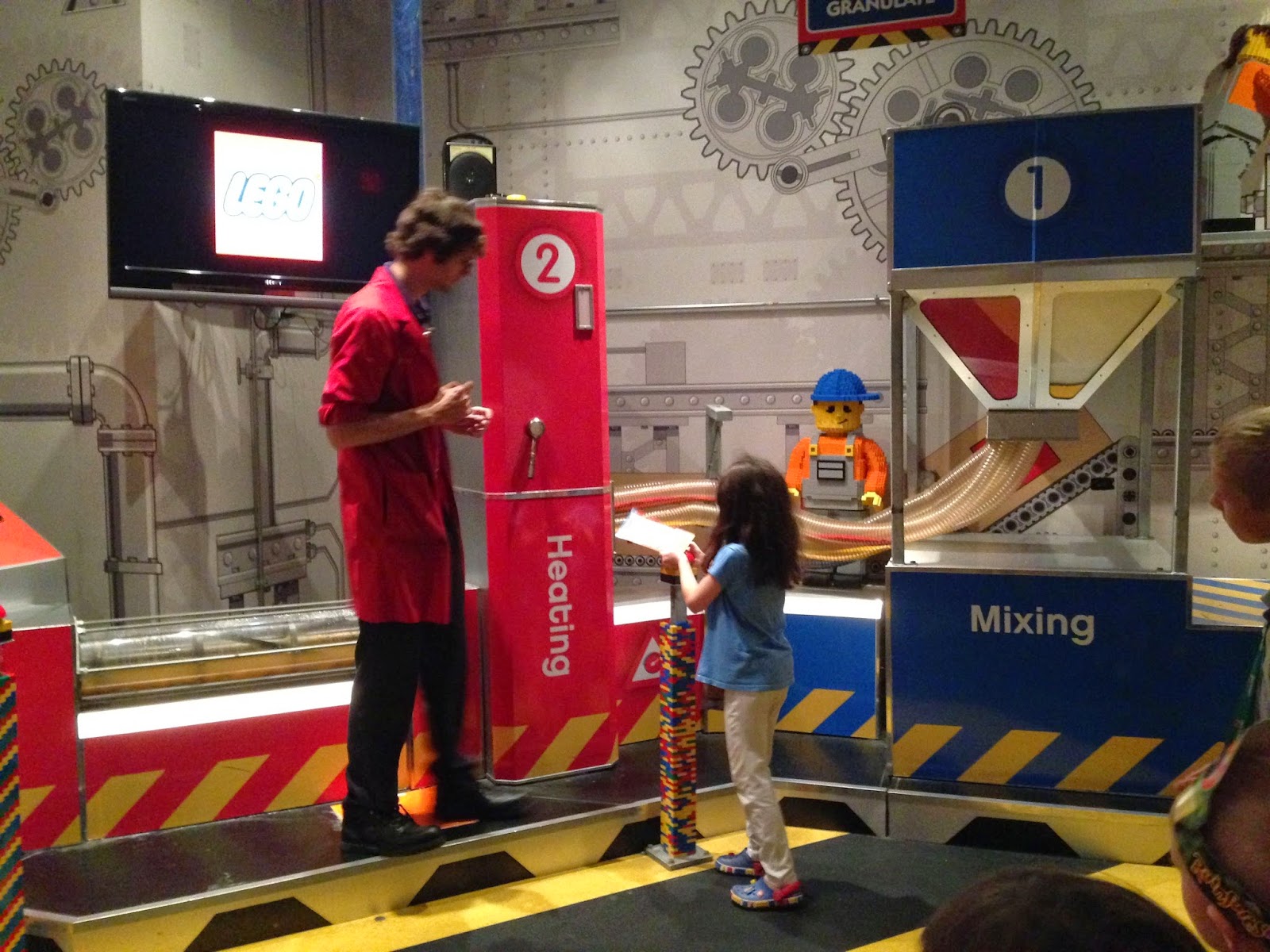 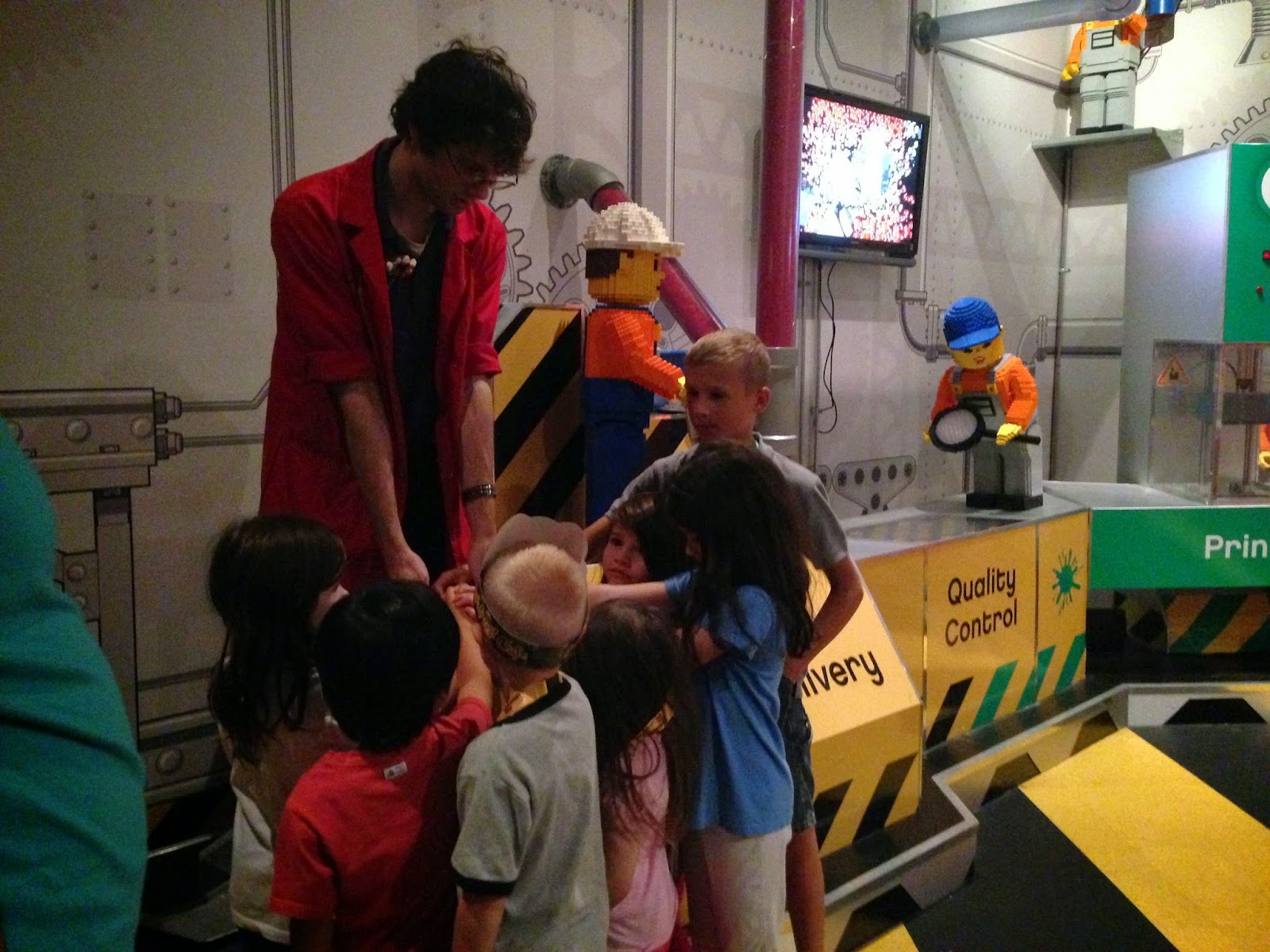 Now this would be fun... classic works of art in Lego. 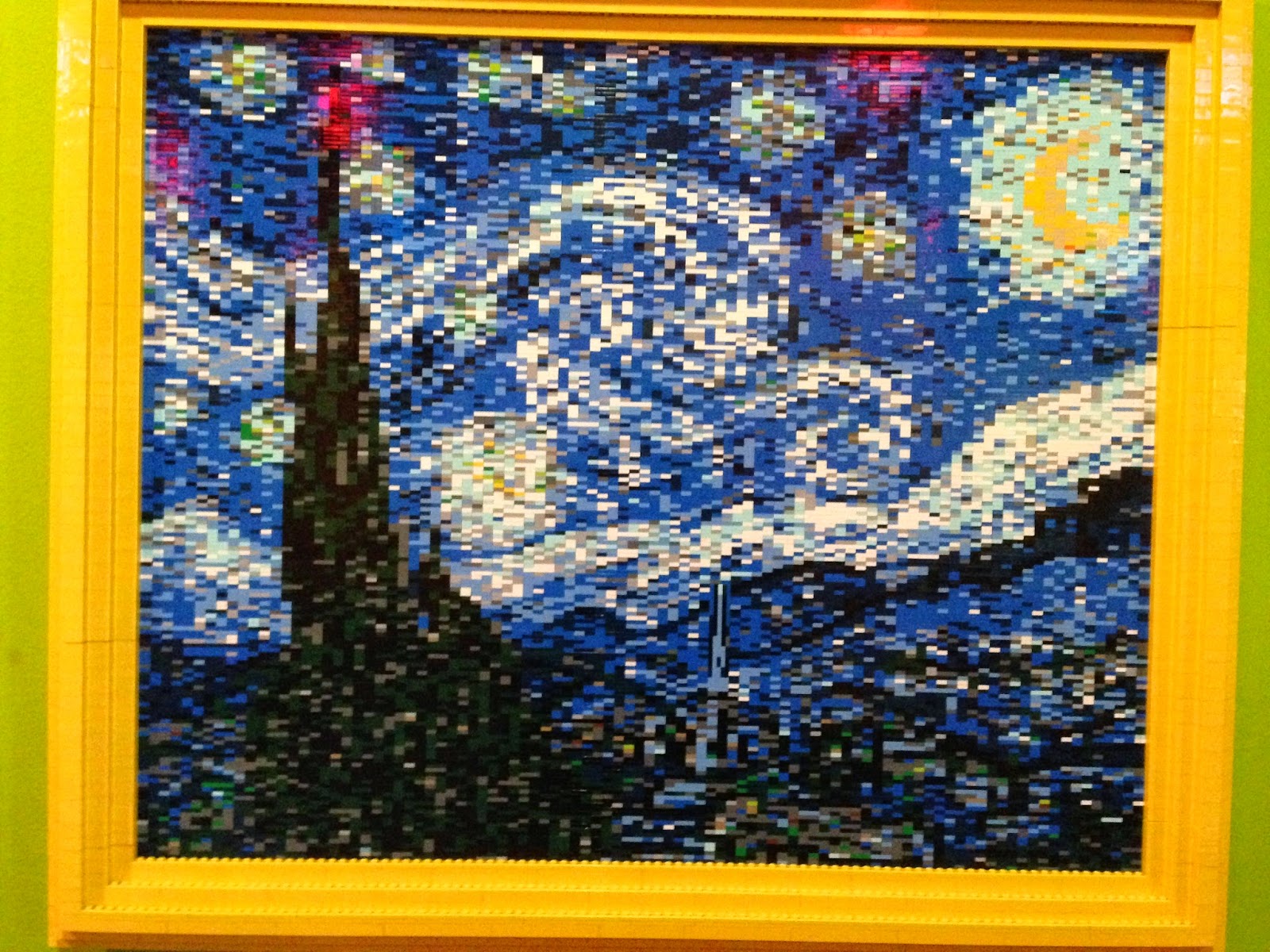 They even had a ride inside. James took Felicity for a ride. 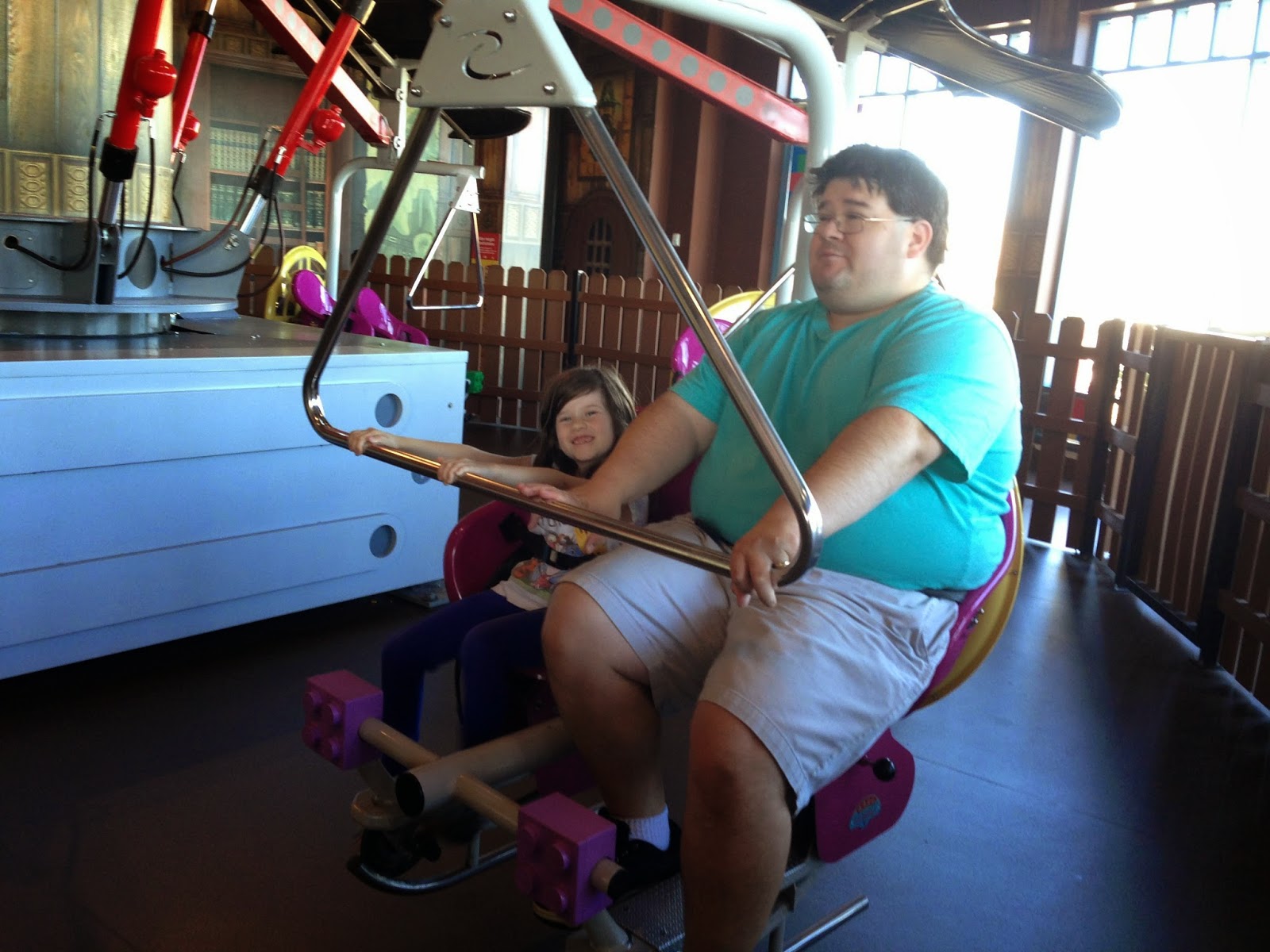 And since Teresa begged and crawled and screamed to go, he took Teresa but she spent the whole ride looking relatively terrified. 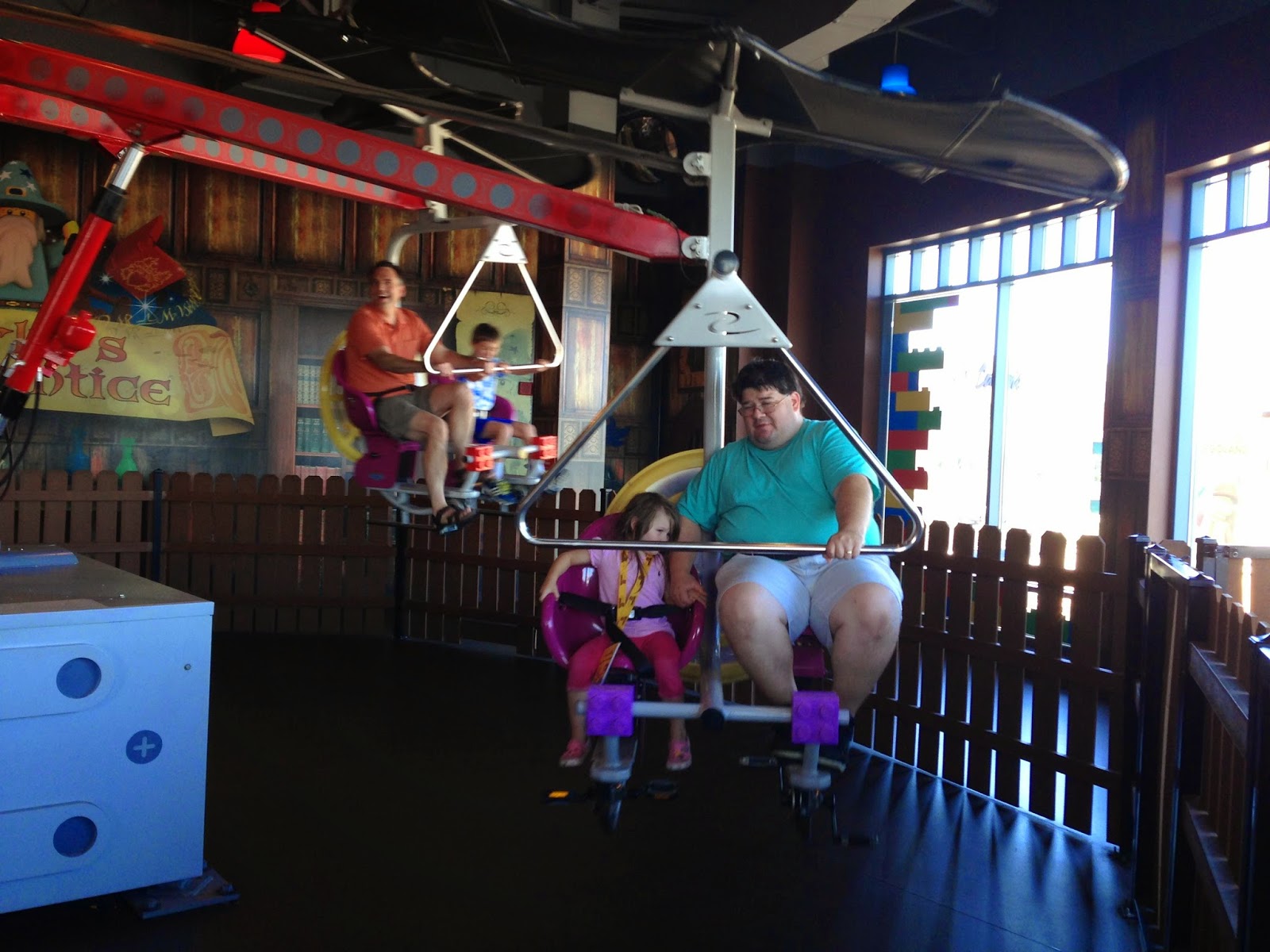 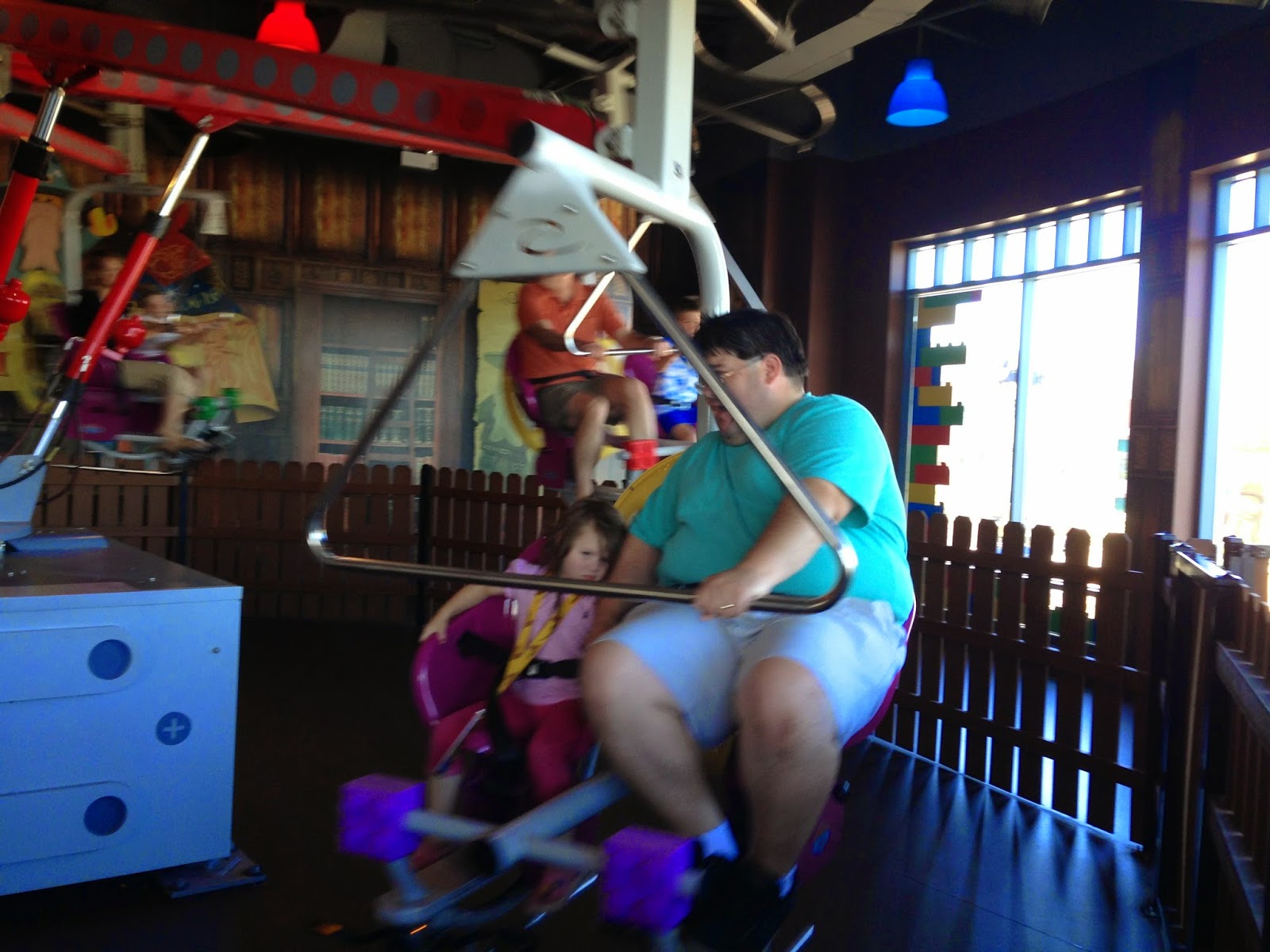 And then he took Elizabeth. Cecilia didn't care to go on. 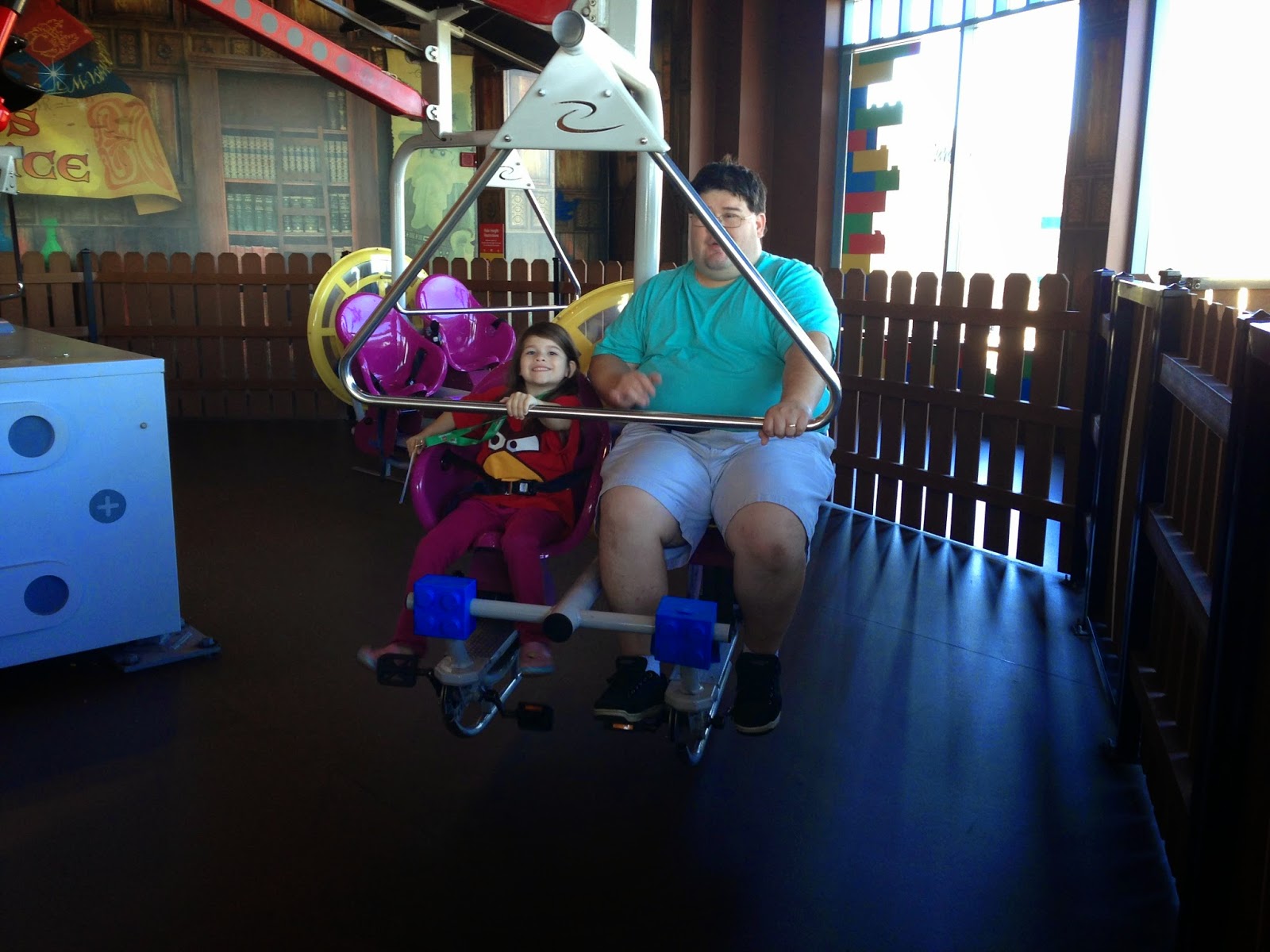 I took Brigid over to the Duplo area. 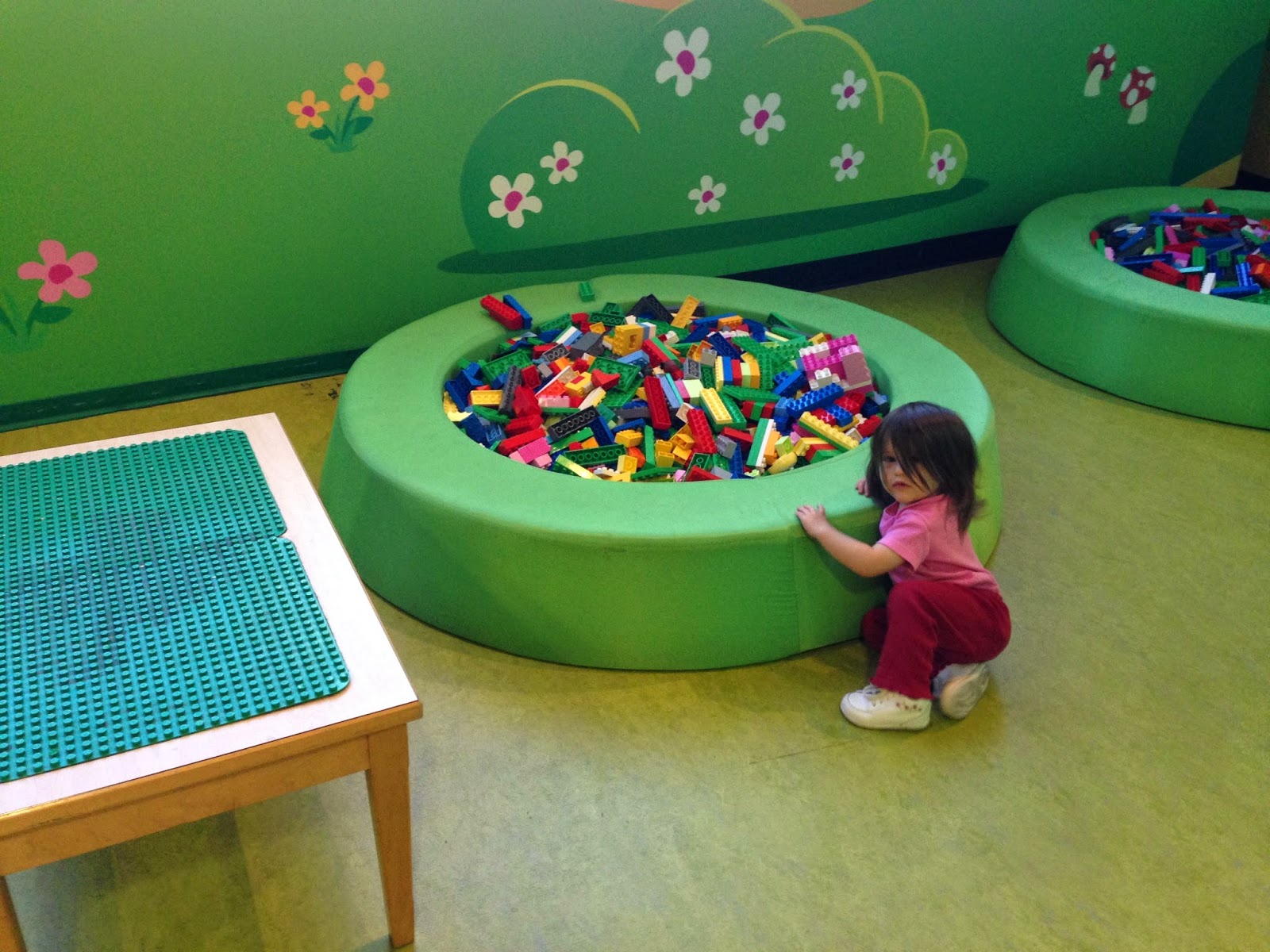 She absolutely loved it. 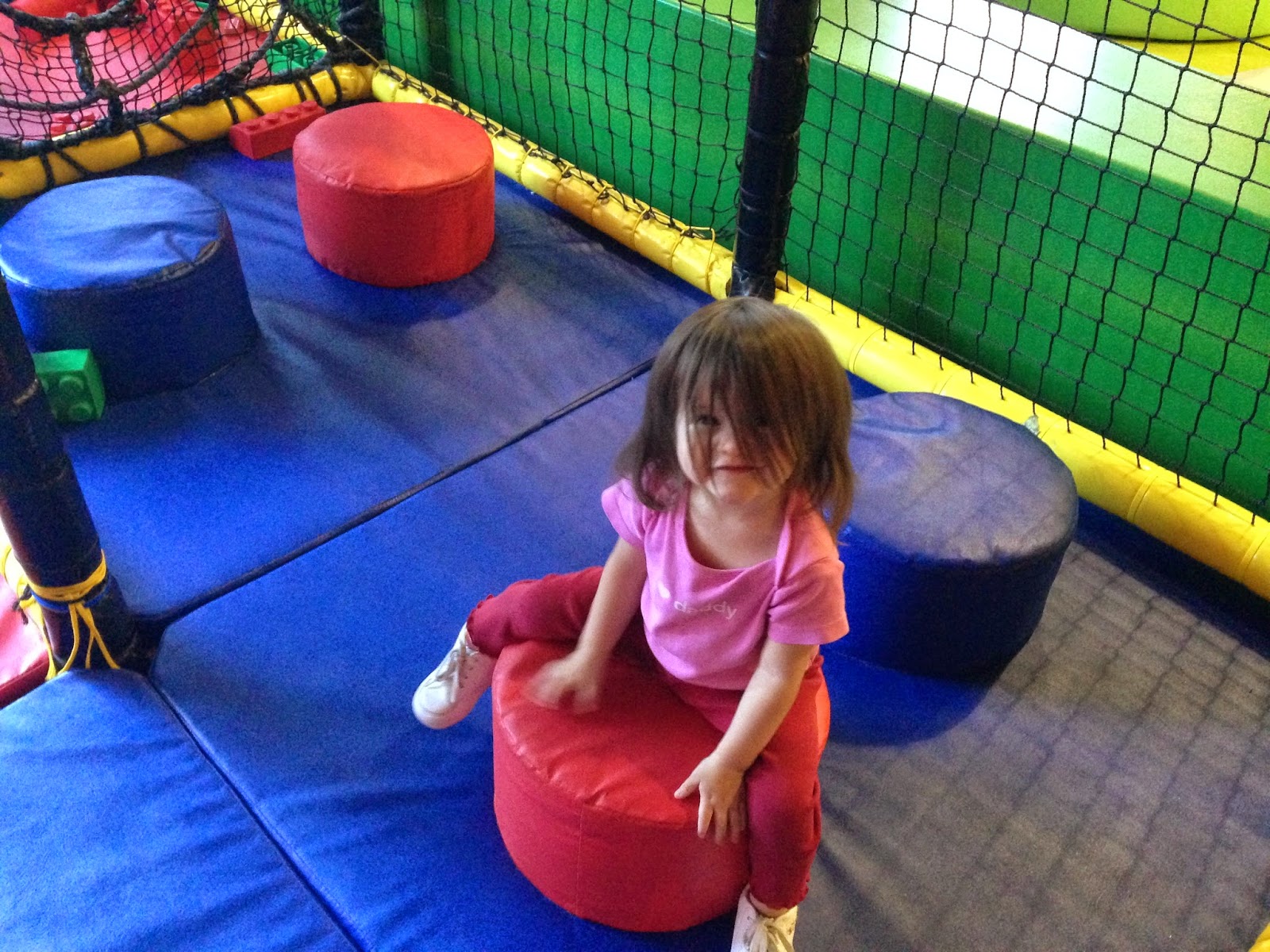 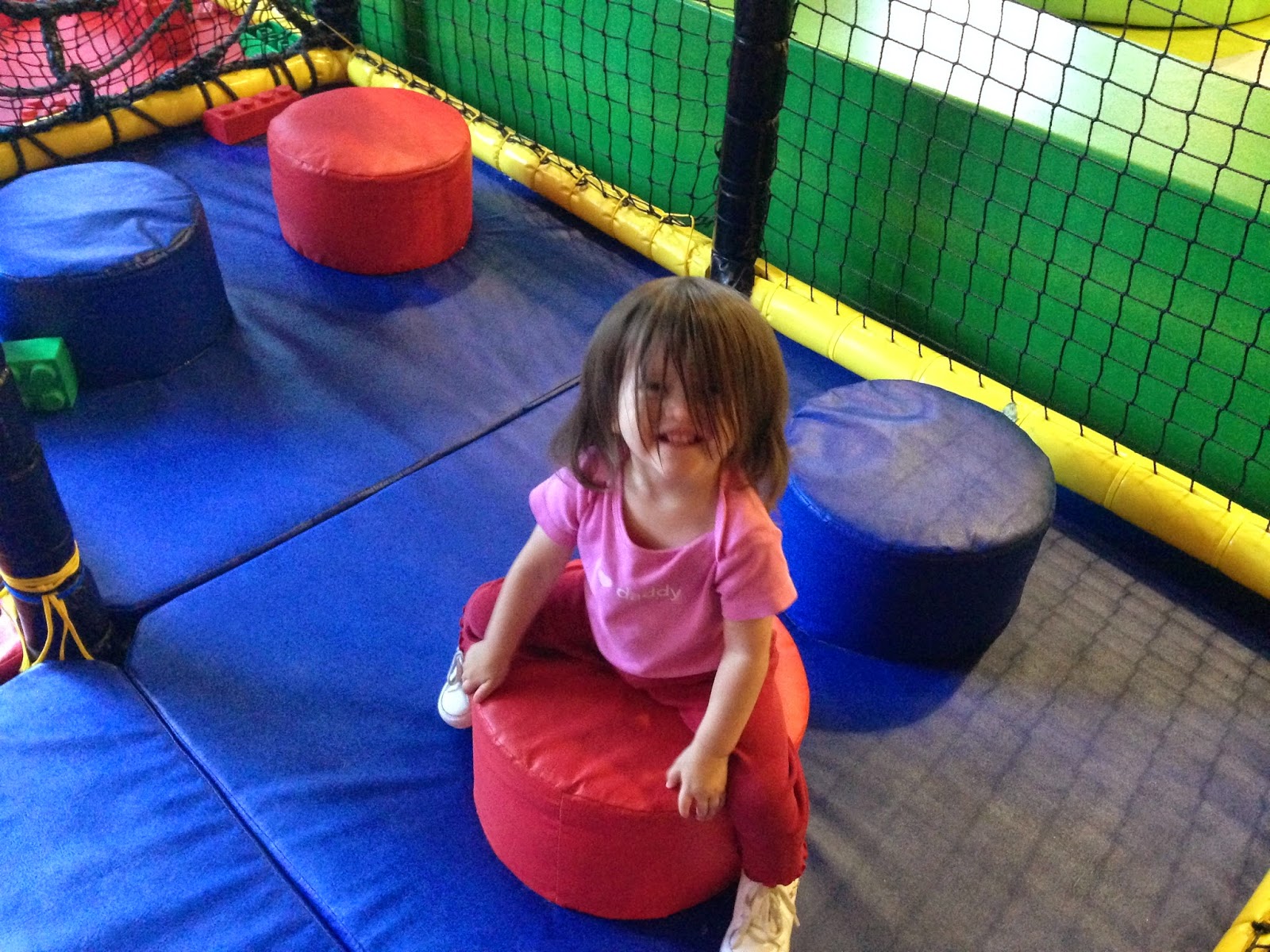 She even ventured up the steps by herself 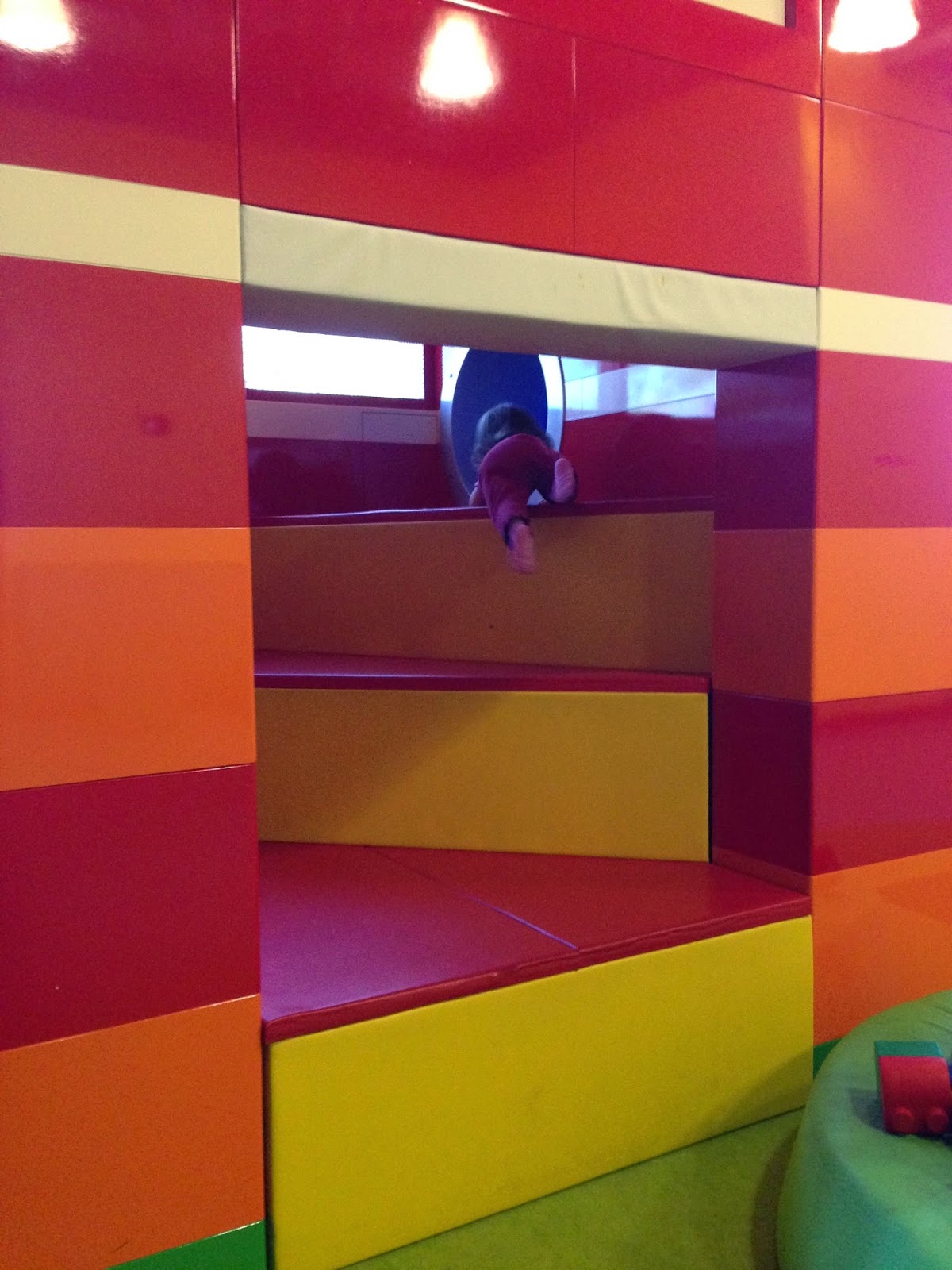 And went down the slide by herself... she even got upset if someone tried to help her. 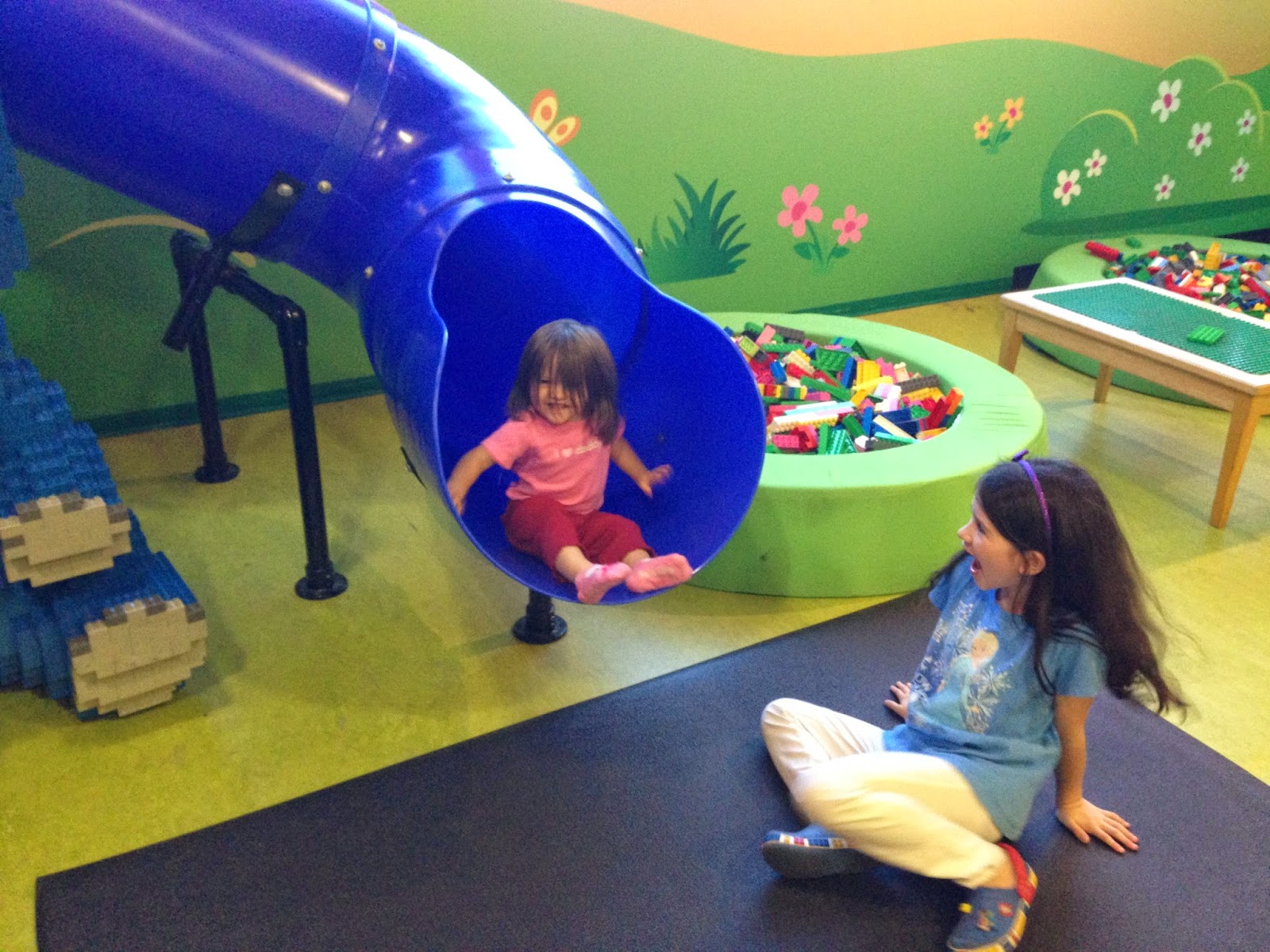 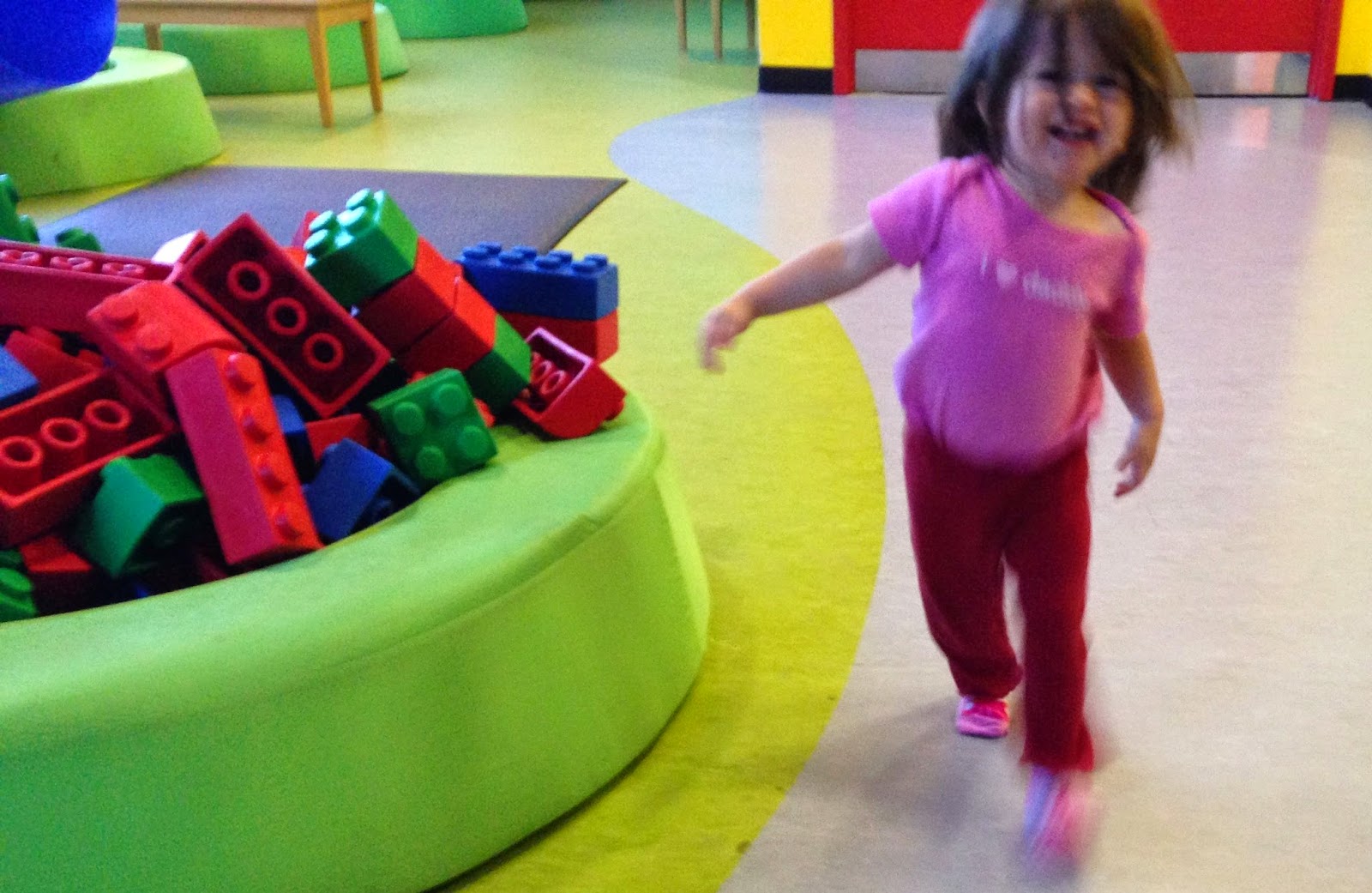 On Thursday the movers arrived and I needed to get the girls out of the house for a while when they moved things in. So, first I took them to the DMV with me and got myself a new license. I had to put them all on electronic devices while we waited but, lest anyone criticize, I think everyone preferred it over relay races around the waiting area.

Then we went to WalMart and picked up some citronella candles to deter the mosquitos around the doors, as well as some discounted school supplies, Shout Gel, and a new leash or two for Rosie since she decided to chew through hers.

I asked the kids what they wanted for lunch and they said McDonalds. I didn't care much where we went as long as it had a playground they could spend some time burning some time and energy on and I found a McDonalds not far from our house with a playground, so there we went. 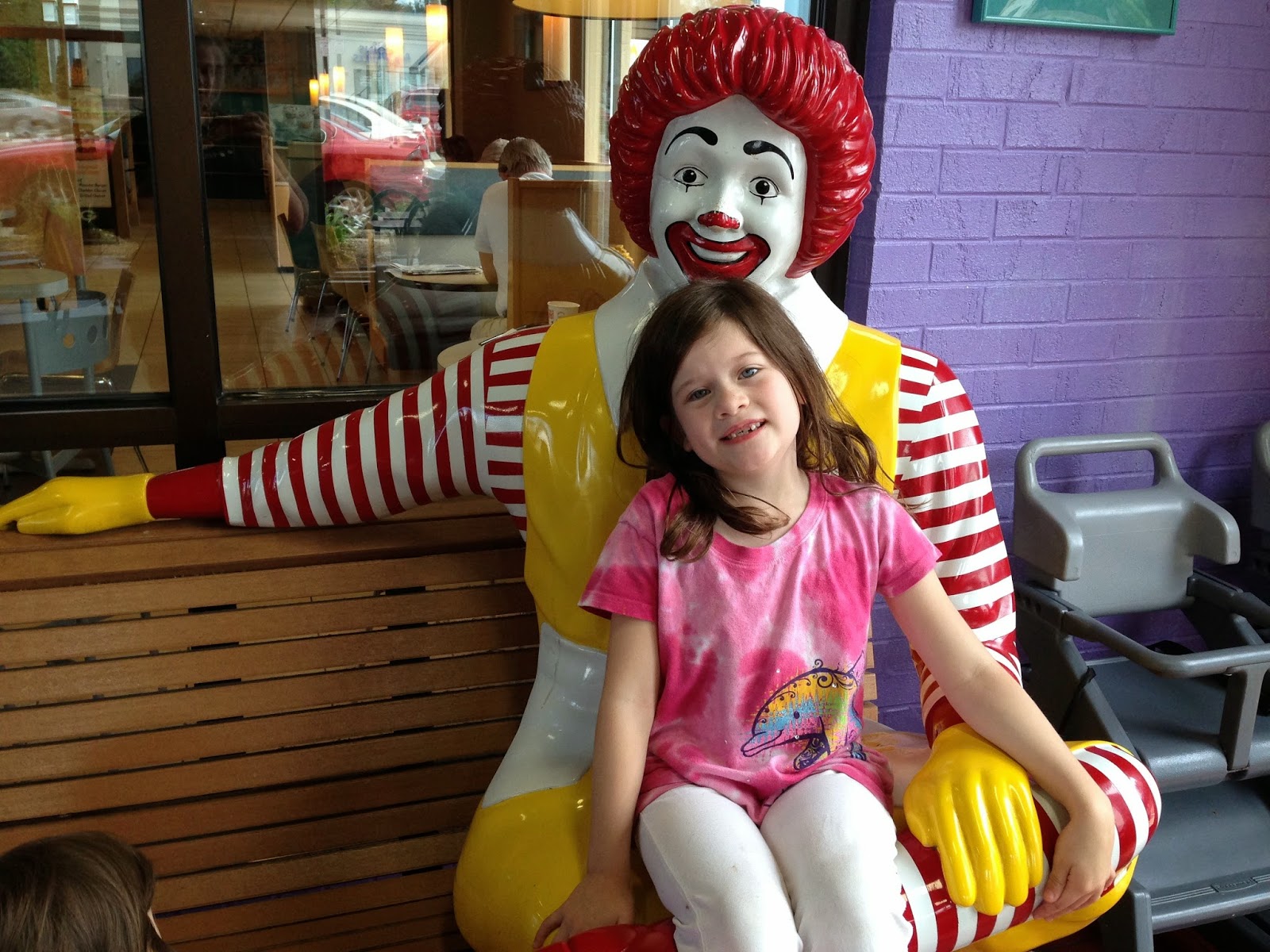 I feel like I'm letting them sit on the lap of 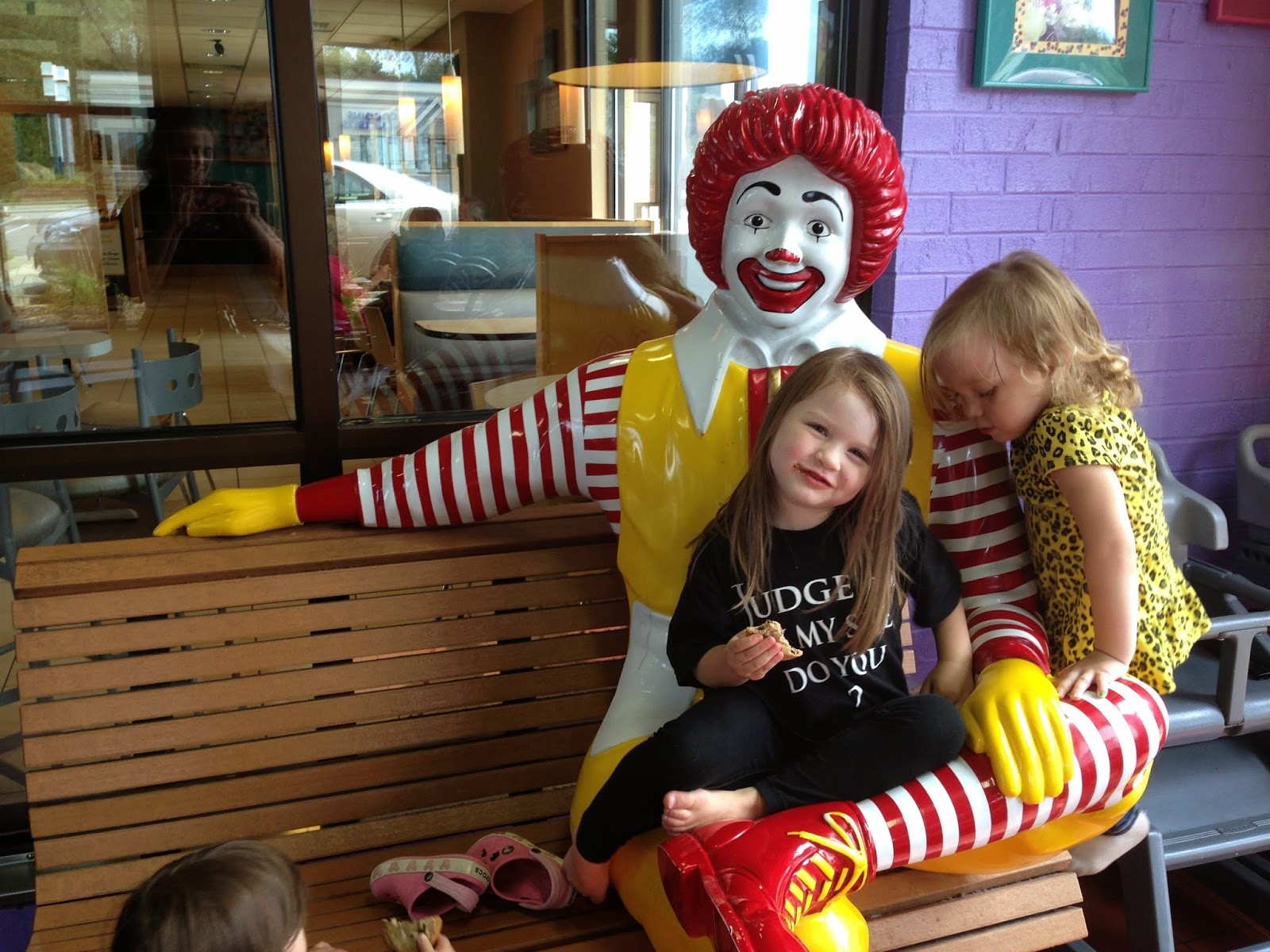 Afterwards, I needed to get Brigid some semblance of a nap, so I distributed iPods to the older four and began driving. Fortunately she was out in no time and I basically spent an hour and a half stopping by 4 possible parishes that were recommended to us just taking a look and seeing if I could get a bulletin. I could tell from visiting them that two might work and two I would hate.

This week we are trying a different parish we haven't been to before. Here's hoping! :)

Posted by Katherine at 9:38 AM