James didn't have off for Columbus Day and I wasn't about to waste a day I wasn't in labor, so we got off to a bright and early start. Cecilia whizzed through her handwriting, Spelling and English and then began working on the next stanza of her poem. Elizabeth did her phonics, handwriting, spelling and rehearsed her poem "Singing Time" very well. Felicity finished memorizing her poem, "Bed in Summer," did 1 page in phonics, and completed her handwriting and spelling.
After lunch, Cecilia put on a magic show for Felicity and Elizabeth. Once I had Brigid down for her nap, I sat down with the older girls to do religion. We read about the 10 Commandments being given to Moses on Mt. Sinai and the Israelites' big oops with the golden calf. Felicity didn't understand about the golden calf until I compared it to us praying to her light up unicorn figurine upstairs and she began laughing at the thought; she understood how silly it is. We talked about the differences between venial sins and mortal sins and why the Israelites worship of the golden calf was so serious a sin. We talked about the manna God gave them in the dessert and what a quail was and how Jesus is our "bread from Heaven" in the Eucharist. We talked about the ark of the covenant and what it looked like and how important it was and the similarities to Mary and the Church and how God dwelt with Israel in the tent tabernacle and with us in the Eucharist in the tabernacle. The girls colored pictures of Moses receiving the commandments and the people worshiping the golden calf and of the ark. We read about the death of Moses but the text didn't explain why Moses couldn't enter the promised land, so we went back to my bible and read about the water at Meribah and that while Moses was a great prophet and incredibly important, he wasn't perfect. 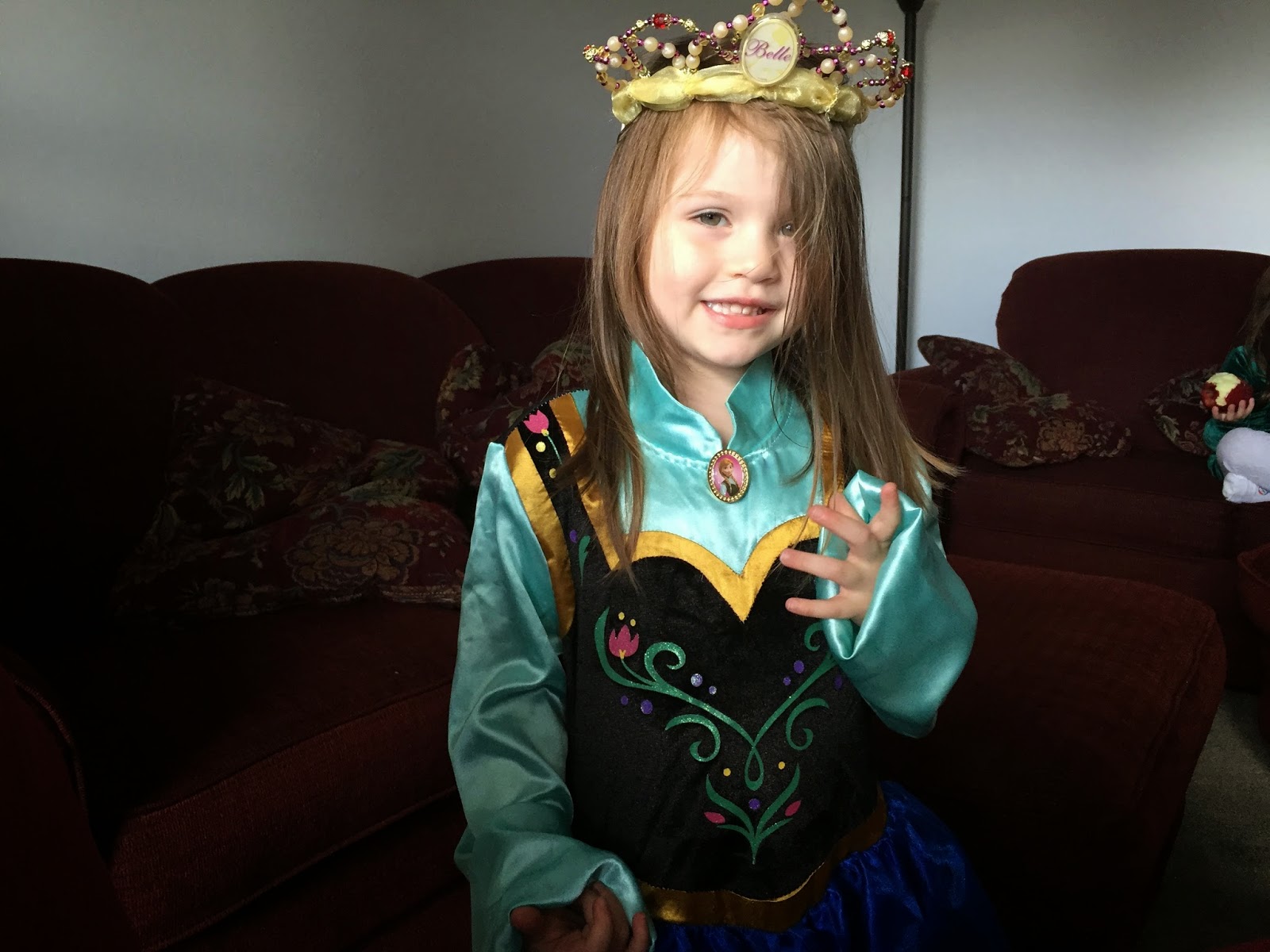 I admit by the time we had discussed all that, it had been almost an hour and the girls were about done. They did want to watch The Prince of Egypt again though, so I called it a day and they put on the movie. Not bad for a rainy 38 week Monday. :)

Since I had my weekly check up at 10:30, I knew we would only get so much done this morning. Elizabeth did 8 of her 10 math pages while Felicity did all her phonics and Cecilia did one math lesson and finished memorizing the second to last stanza of her poem. 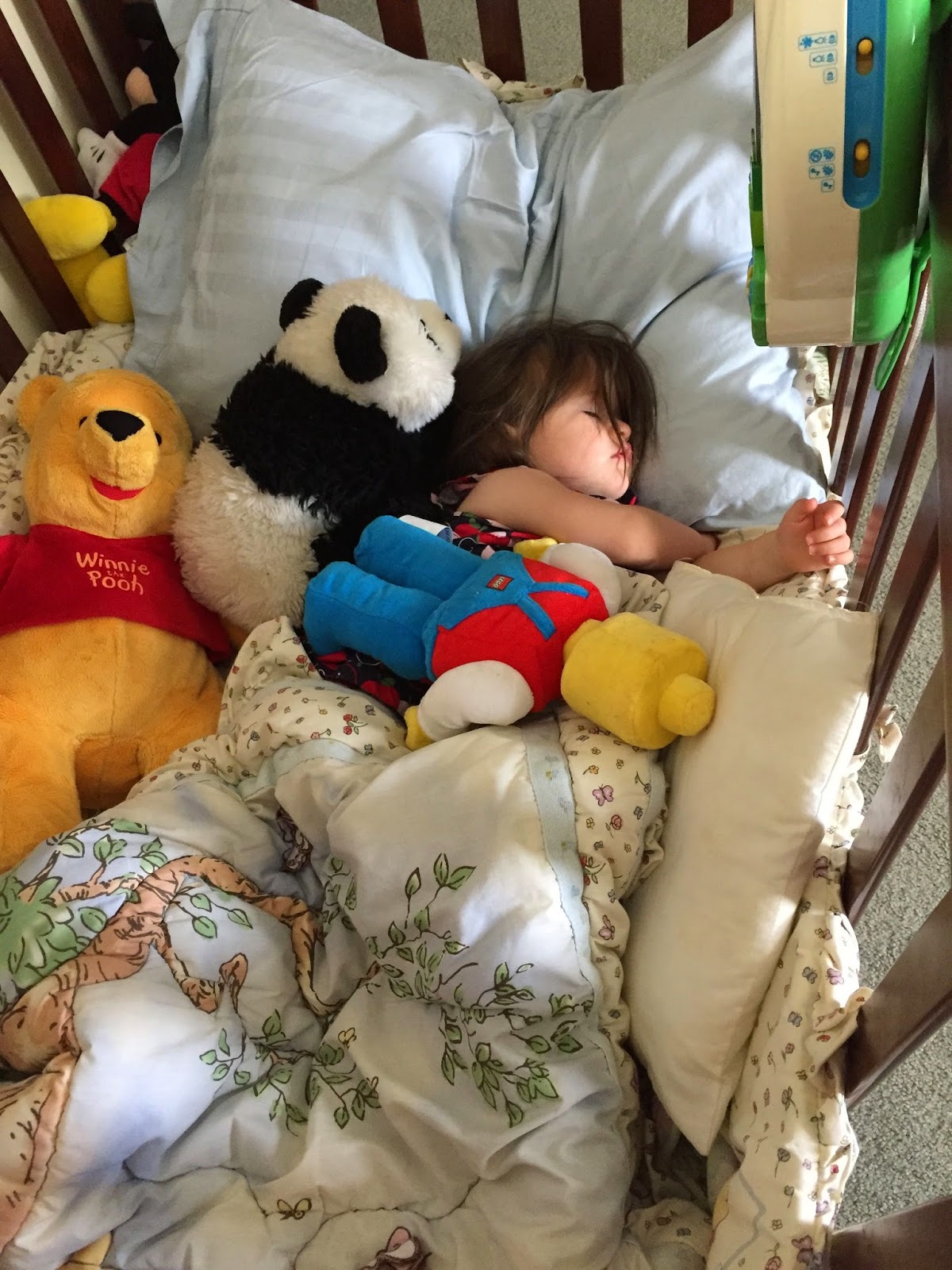 I was planning to do our Science lesson on energy in the afternoon but we've been having internet problems and I had the AT&T technician here for two hours trying to fix the problem. Needless to say, we never got to Science. So today was a very light but not totally unproductive day. Felicity, Elizabeth and Teresa got to play outside for a little bit between rain showers and, frankly, I made this week light for a reason. :) 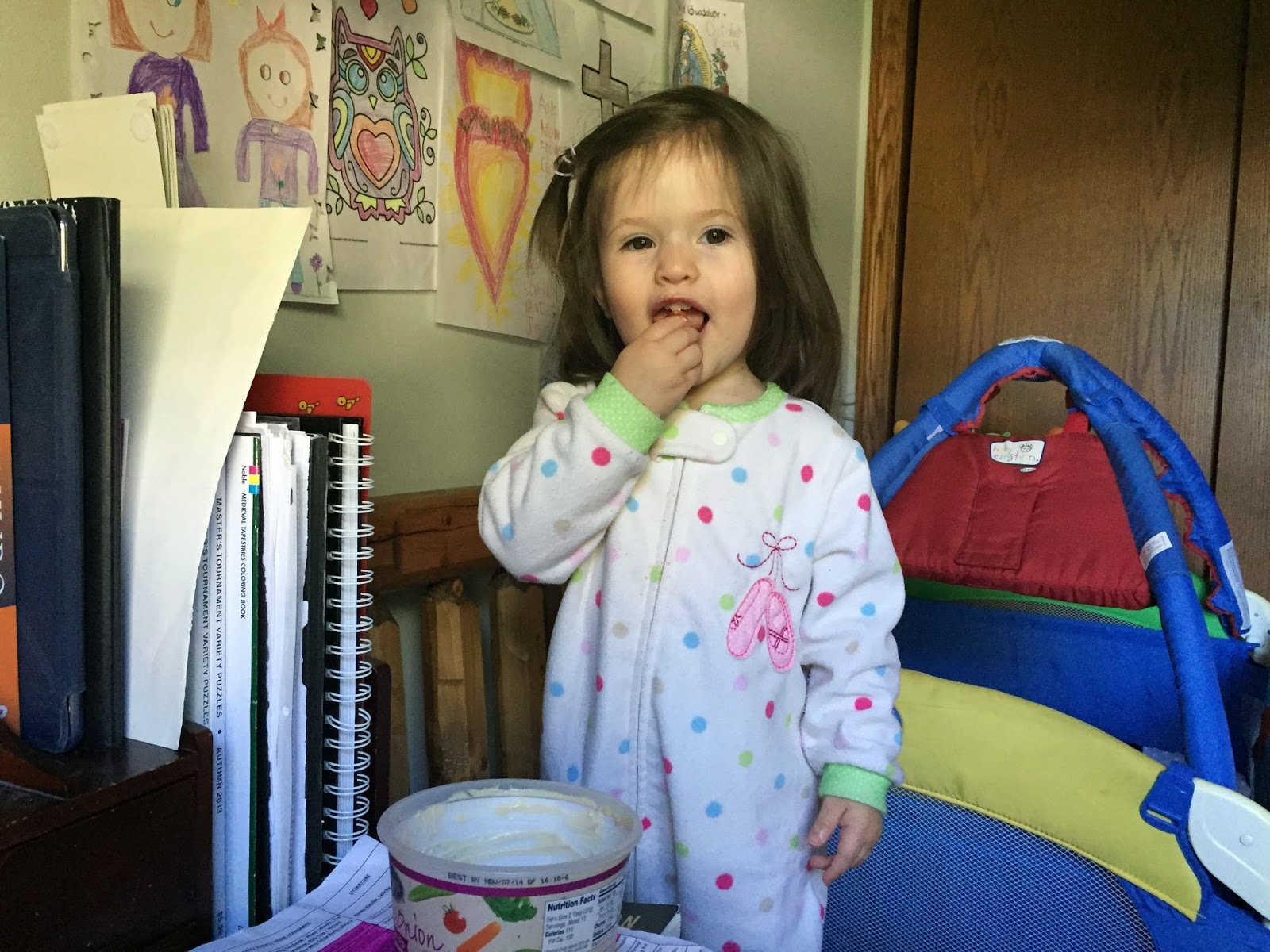 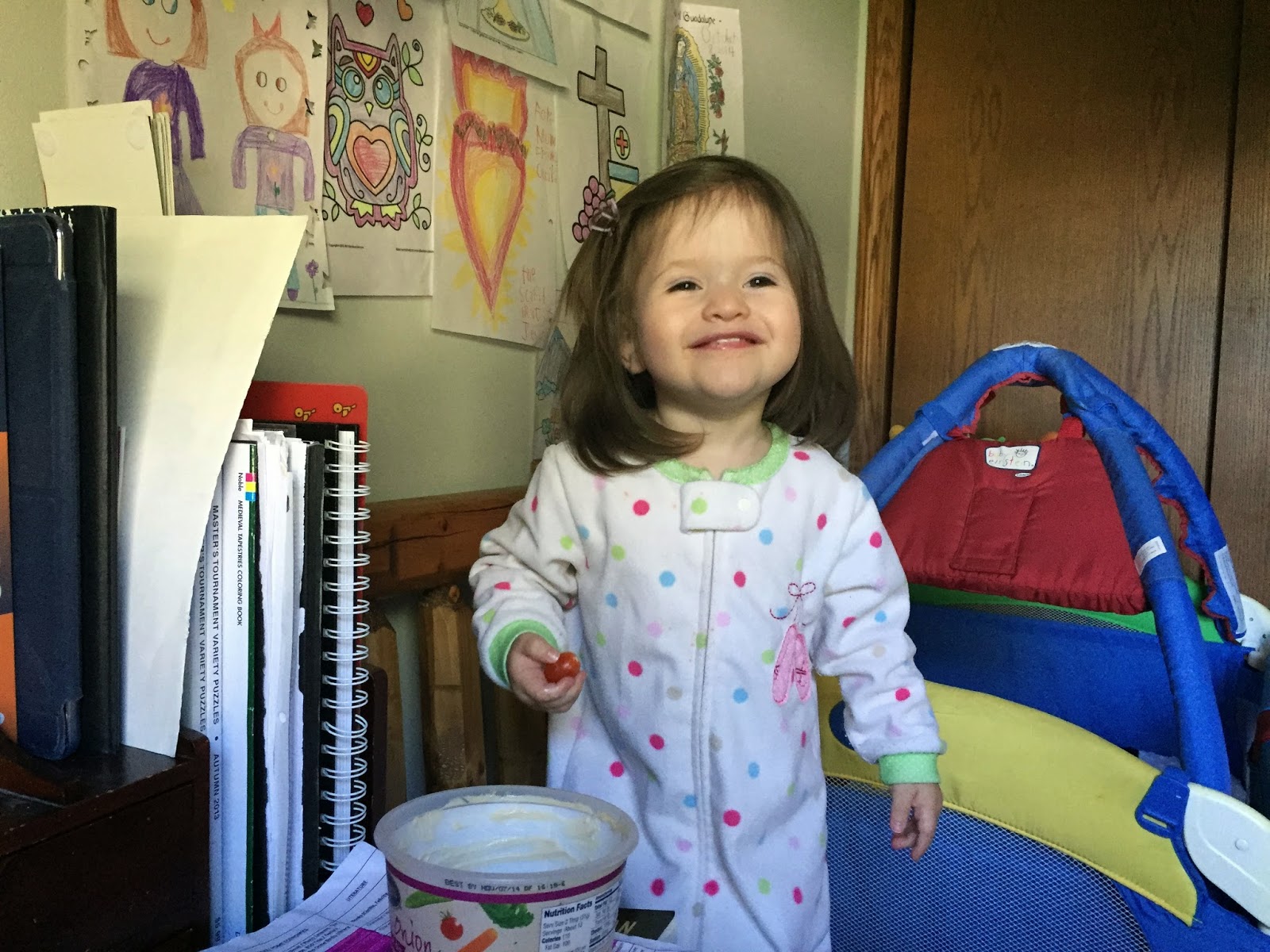 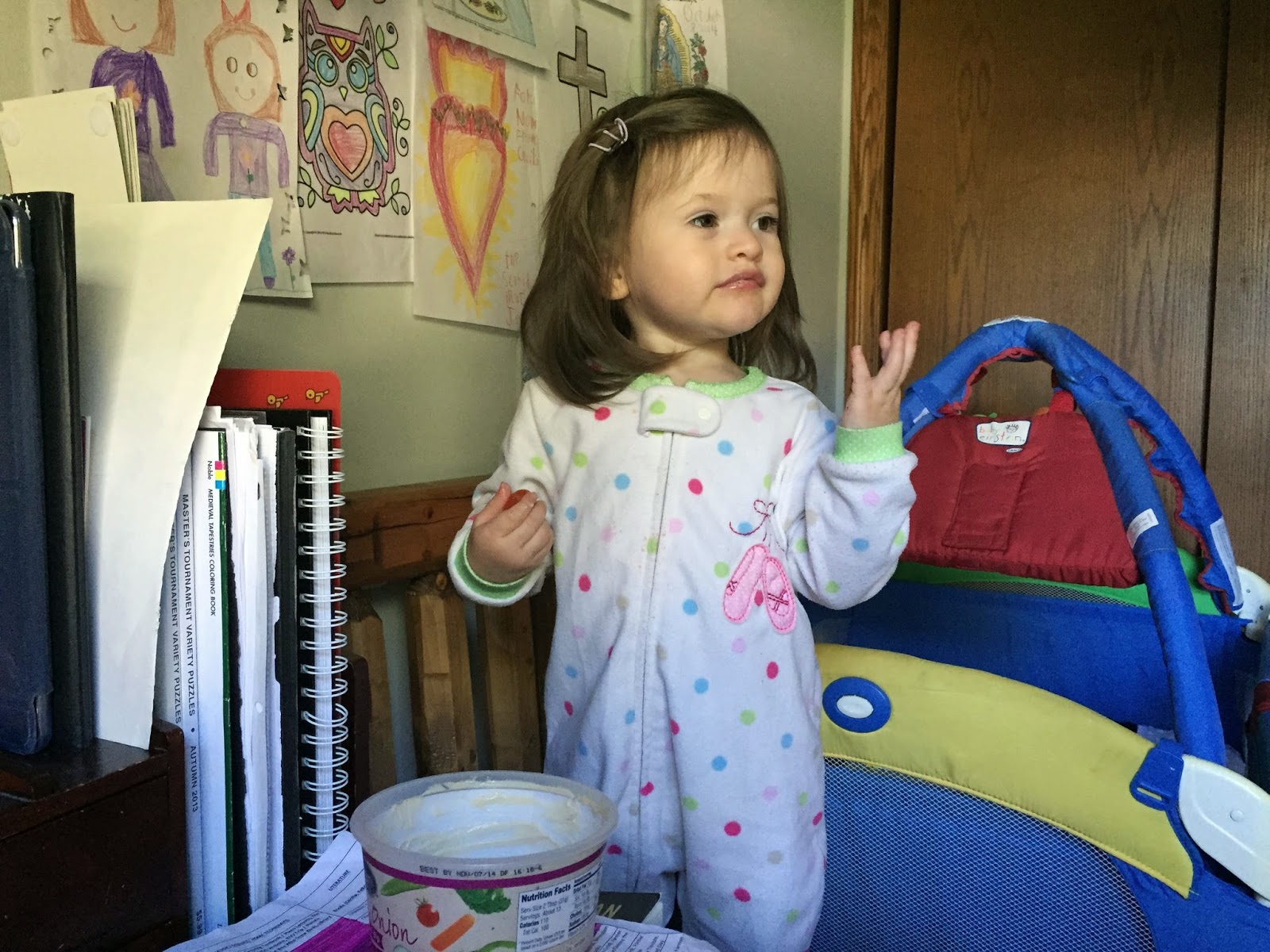 This morning I was determined to get as close to being done for the week as possible. Elizabeth finished her last two pages in math and then did her english. Cecilia, it turned out, only needed to finish two lessons in math, which she did, and then typed up the stanzas from her poem she has learned and spent some time practicing typing on the Typing Instructor for Kids program. Felicity slowly, but eventually, finished all her math for the week.

After lunch I saw down with the oldest three and talked about energy. We discussed how our bodies get energy, both from sleep and from food. And we talked about different kinds of energy, particularly solar, hydro, fire (coal and wood), wind and electric, referencing the DK Eyewitness book on Energy. Now, I didn't have any experiments lined up for this topic. I don't have a steam powered boat, I'm totally inept at electric magnets and it has been too cloudy, rainy and chilly to make anything solar possible. By this point, Elizabeth's interest was gone anyway, so I let her go play. I pulled out their AHG books though and found a badge on caring for our environment and we focused on ways we use energy as well as ways to conserve energy. We defined what "environment" and "ecosystem" ae. We talked about how to conserve water and conserve electricity and how to make our homes more energy efficient as well as how to care for our environment, from which we get or create energy. We defined what "environment" and "ecosystem" are. So it was kind of half a lesson on what energy is and half a lesson on where energy comes from and how we can best care for the environment from which we get our energy. For example, we talked about not polluting the water we want to use in dams or waterwheels and we talked about the dangers of oil spills and how those need to be cleaned up. I think Felicity and Cecilia might have been able to earn that badge though, which would be nice. Considering the complexity of the subject and the age of the girls though, I thought we did a decent job by it.

The only school we have left, aside from the sewing we are still behind on (but again... Wisconsin winter I expect to allow time for that), is Felicity's english. Cecilia began the day working on her latch hook rug and inspired Felicity and Elizabeth to do the same but they became frustrated quickly and stopped. So I helped Felicity do her english, which officially finished our school for the week.

Now I hope to rest, clean up a bit, and get ready to meet baby #6, who I hope will not keep us waiting too long.