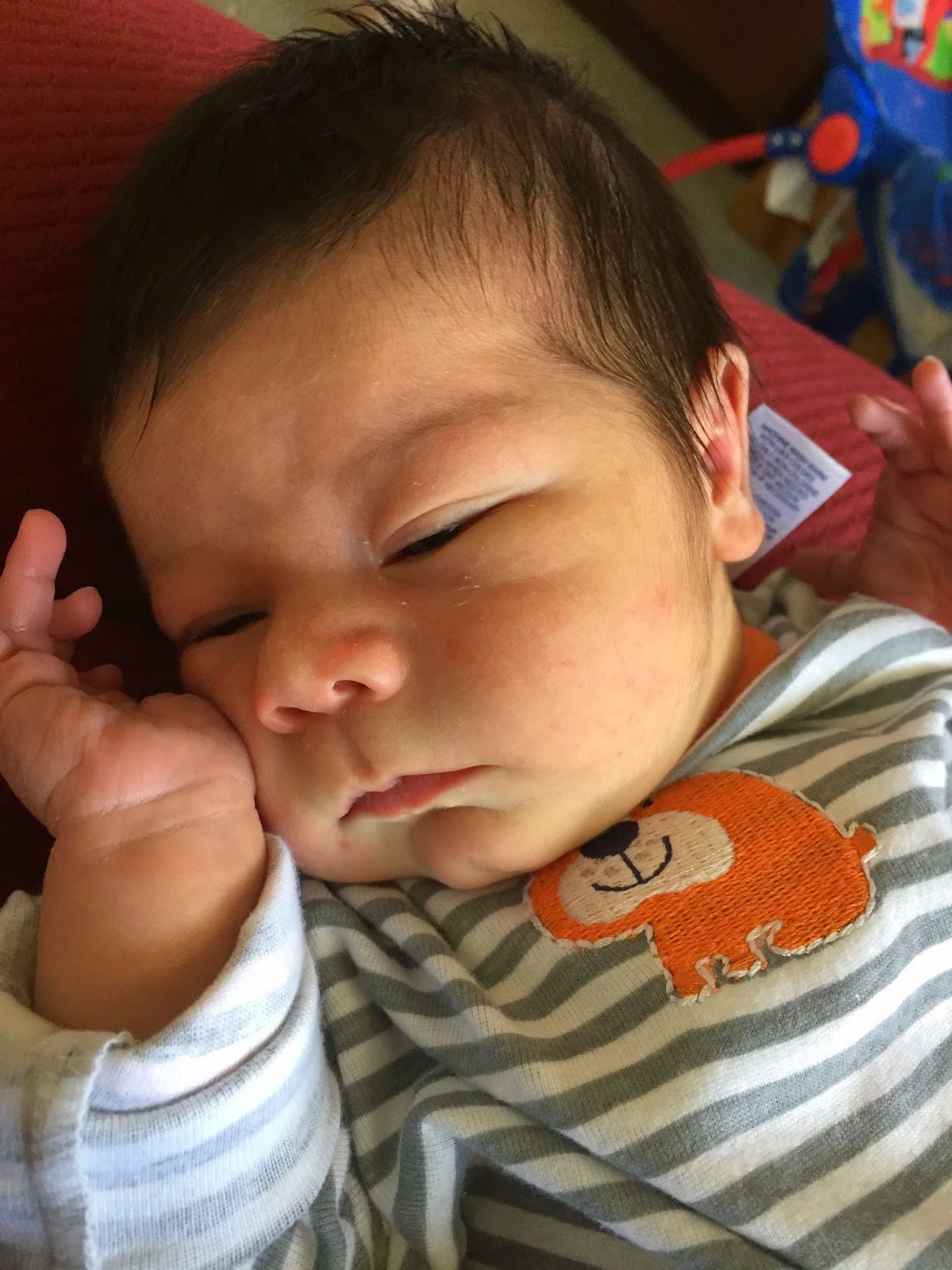 It was a slow morning considering James and I were up with Teresa and Thomas at 2:30, then Brigid from 3:50-5, and then Thomas and Brigid again at 6. It would make a world of difference if we could just get Teresa to stay in her bed all night. 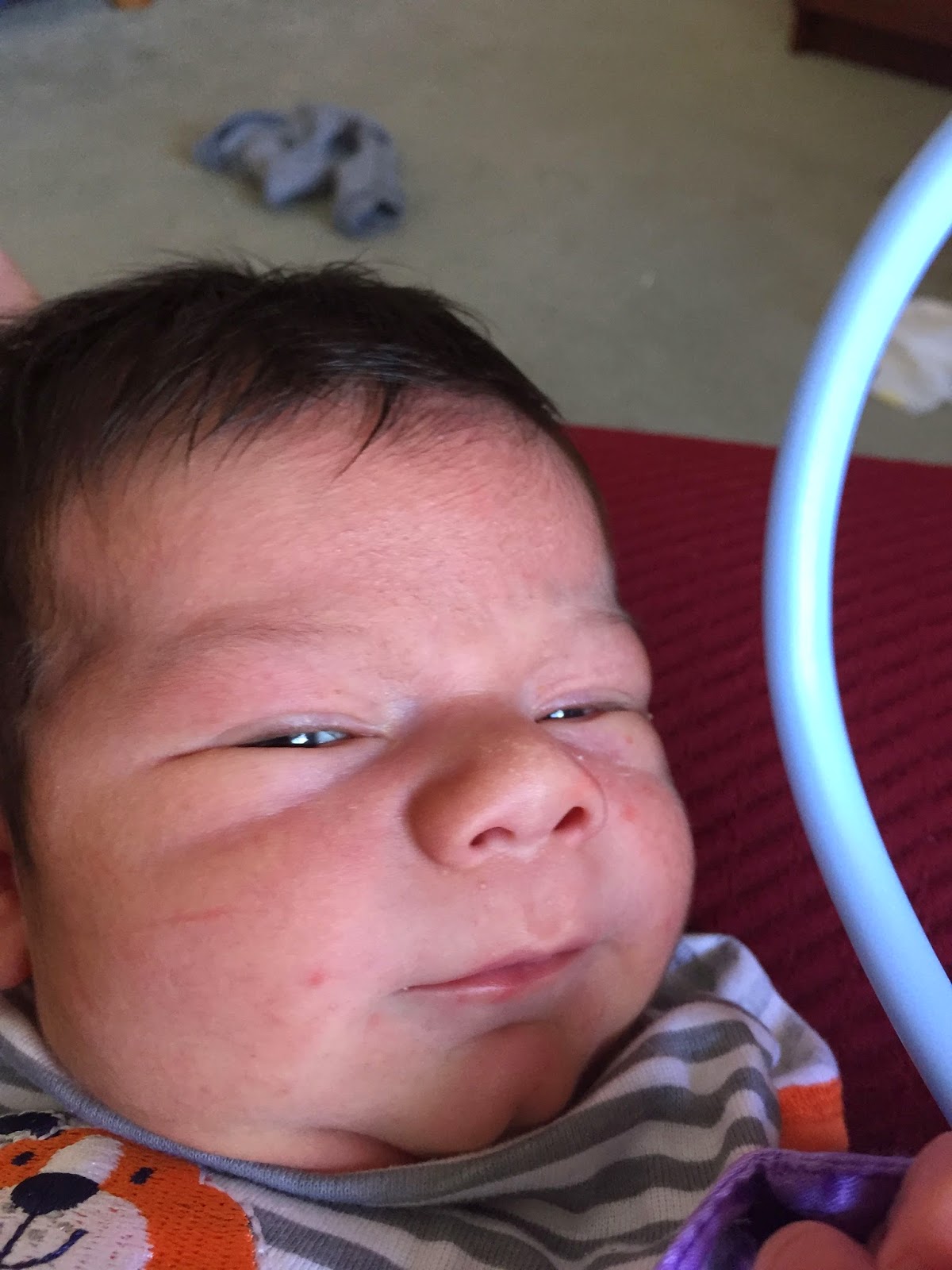 After lunch, and while Brigid and Thomas were both napping, i did history with the older three. We read Story of the World on World War I and the Russian Revolution. I admit I wasn't prepared with extra library books but we colored maps to see how all the countries divided into sides during the Great War and we talked at length about the war, the complications in Russia and the rise of communism. We talked about using codes to send secret messages and Cecilia began making up her own. We didn't do an extensive unit on WWI for a few reasons. First, I just moved and gave birth - I am not wonder woman. But more importantly, my girls are under 9 years of age and the wars of the 20th century are brutal, awful things to look at. They really are too young to delve into them too deeply. They aren't ready to visit holocaust museums and watch films of soldiers being blown into bits. I really just want to introduce them to the subjects so they have some idea of what they are. We will revisit them in much greater detail when they are older. 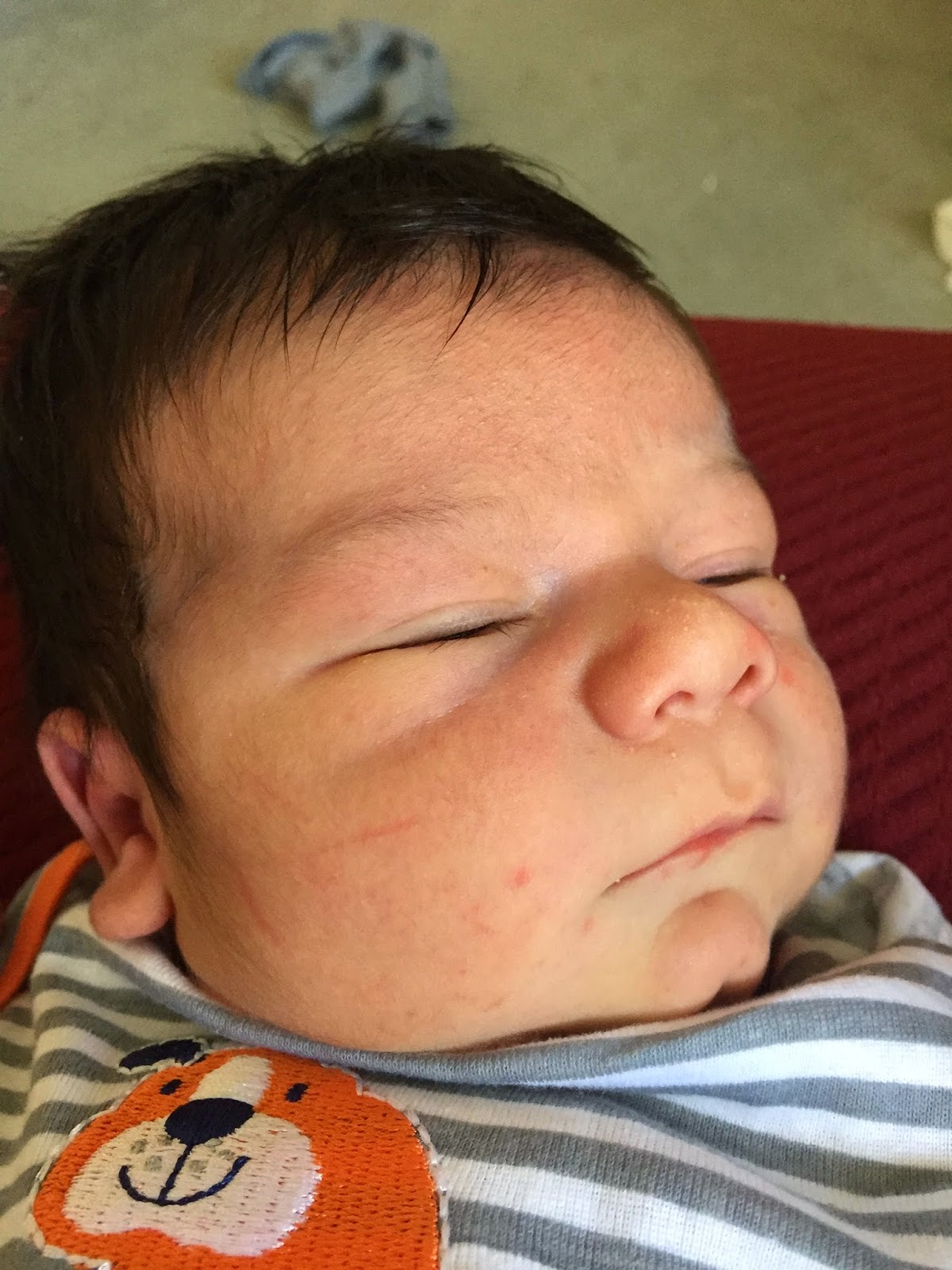 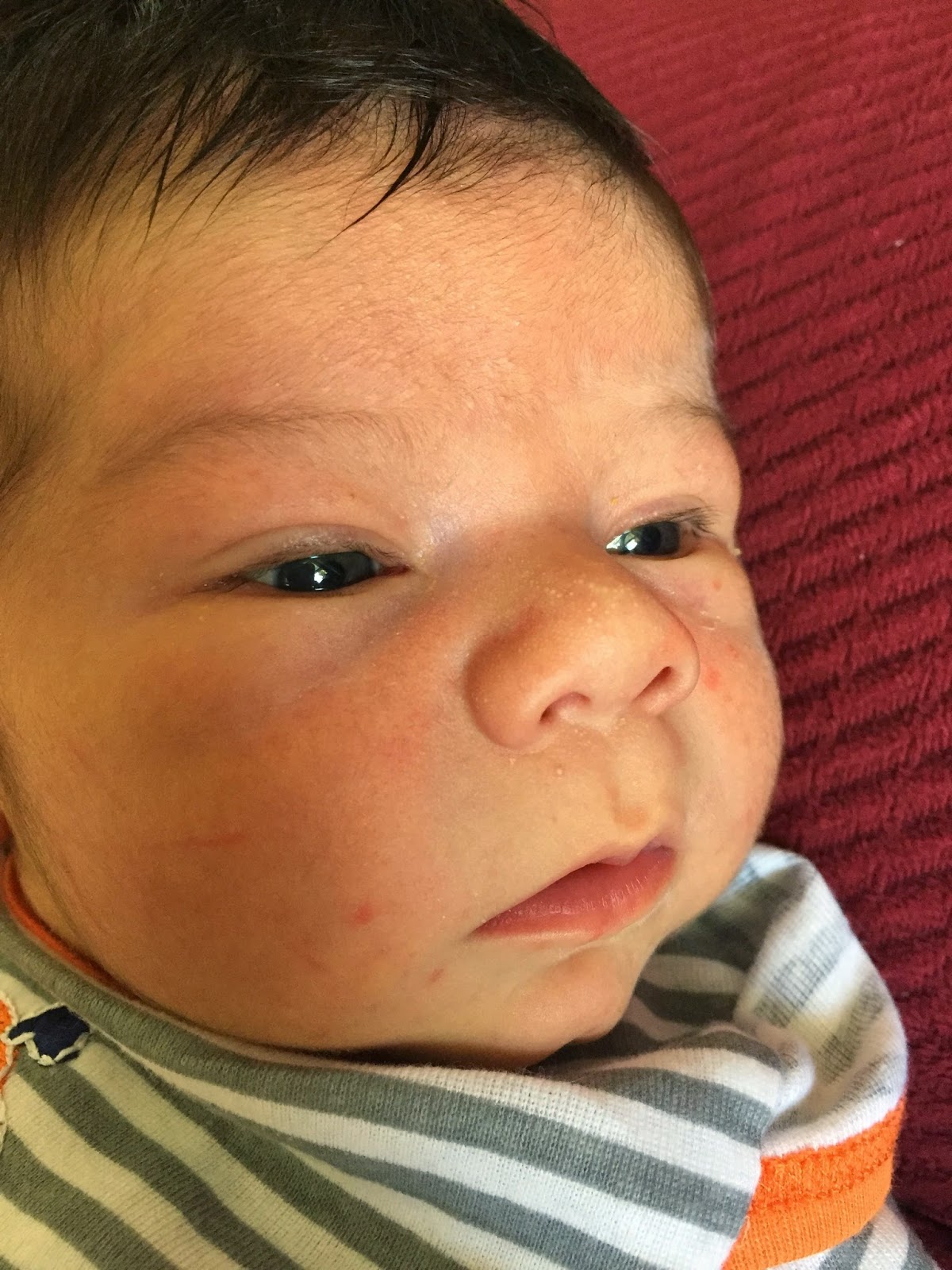 This morning was a bit odd because the girls got started with their school work with daddy while I went to an endocrinology appointment. Fortunately, not only did I really rather like my new endocrinologist, but Cecilia got done her vocabulary, Felicity her spelling and english, and Elizabeth her Phonics and English. Go Daddy!

I didn't really feel like doing religion this afternoon. It was so nice out I wanted to get outside. So I suggested, while Brigid and Thomas napped, the girls go outside with me and rake the front yard. We have been woefully negligent in our leaves but, wonderfully, our city just asks us to rake them into a pile in the street. We did but I overdid it and needed to come inside and rest afterwards. The fresh air and sunshine was so nice though!

Cecilia also made a new Lego movie, including two of her sisters and dedicated to three friends: 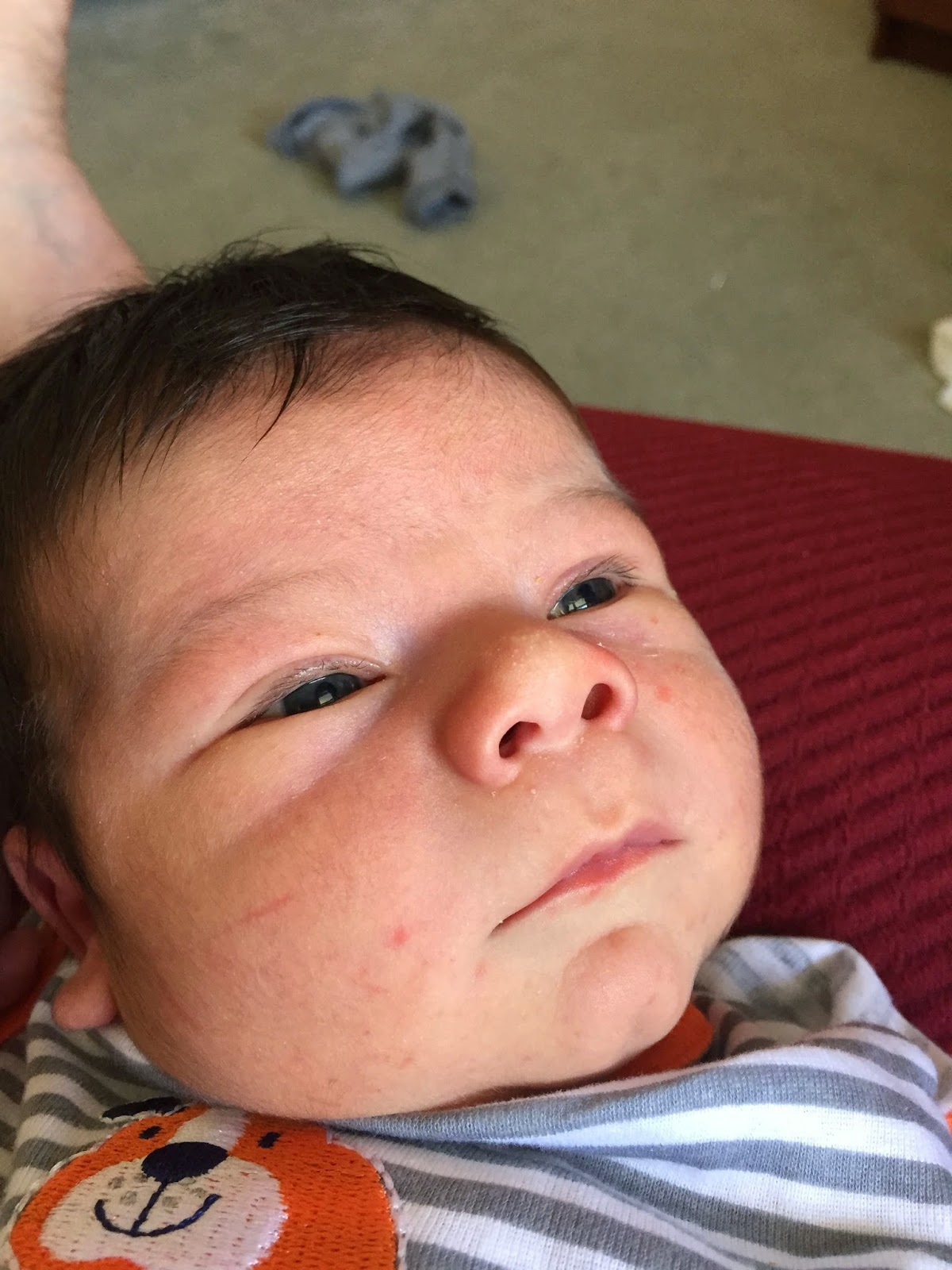 Elizabeth did her latin and then helped entertain Teresa and Brigid. Felicity trudged through phonics and latin but did finish and Cecilia did two math lessons. I'm still baffled how one of them could take 2 hours to complete and the other about 20 minutes but if my leaving the table speeds her up so much I will definitely do it more often!

After lunch and Brigid was down for a nap, I nursed Thomas while we did religion. We read the stories of Joshua and Jericho, Samson and Delilah, and Ruth while the girls colored pages of each story I printed out on the computer. The overarching theme was how God protected and provided for the Israelites when they entered the Holy Land and while they were there, but it was fun to read a few bible stories the girls hadn't heard before outside of a VeggieTales interpretation. 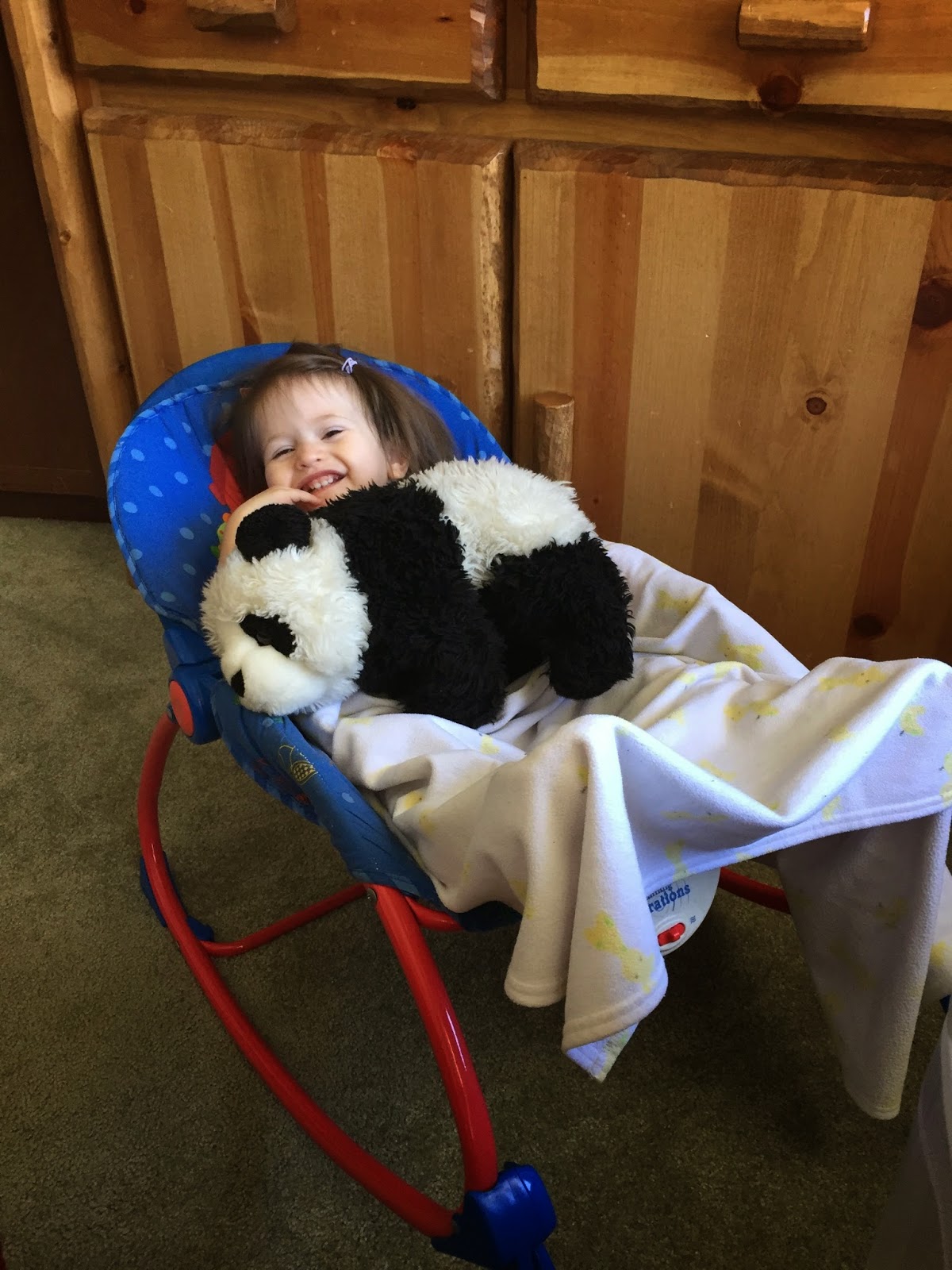 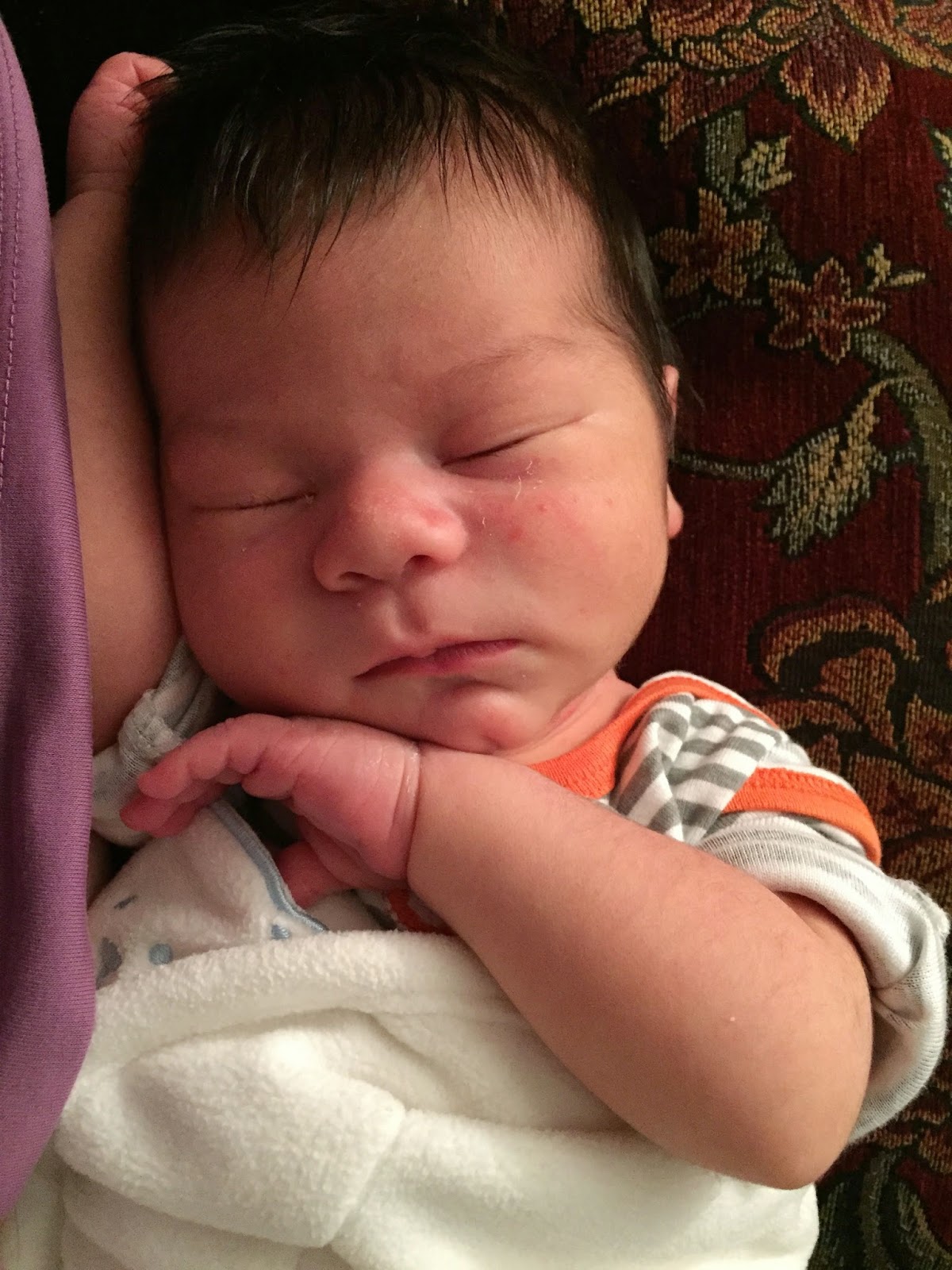 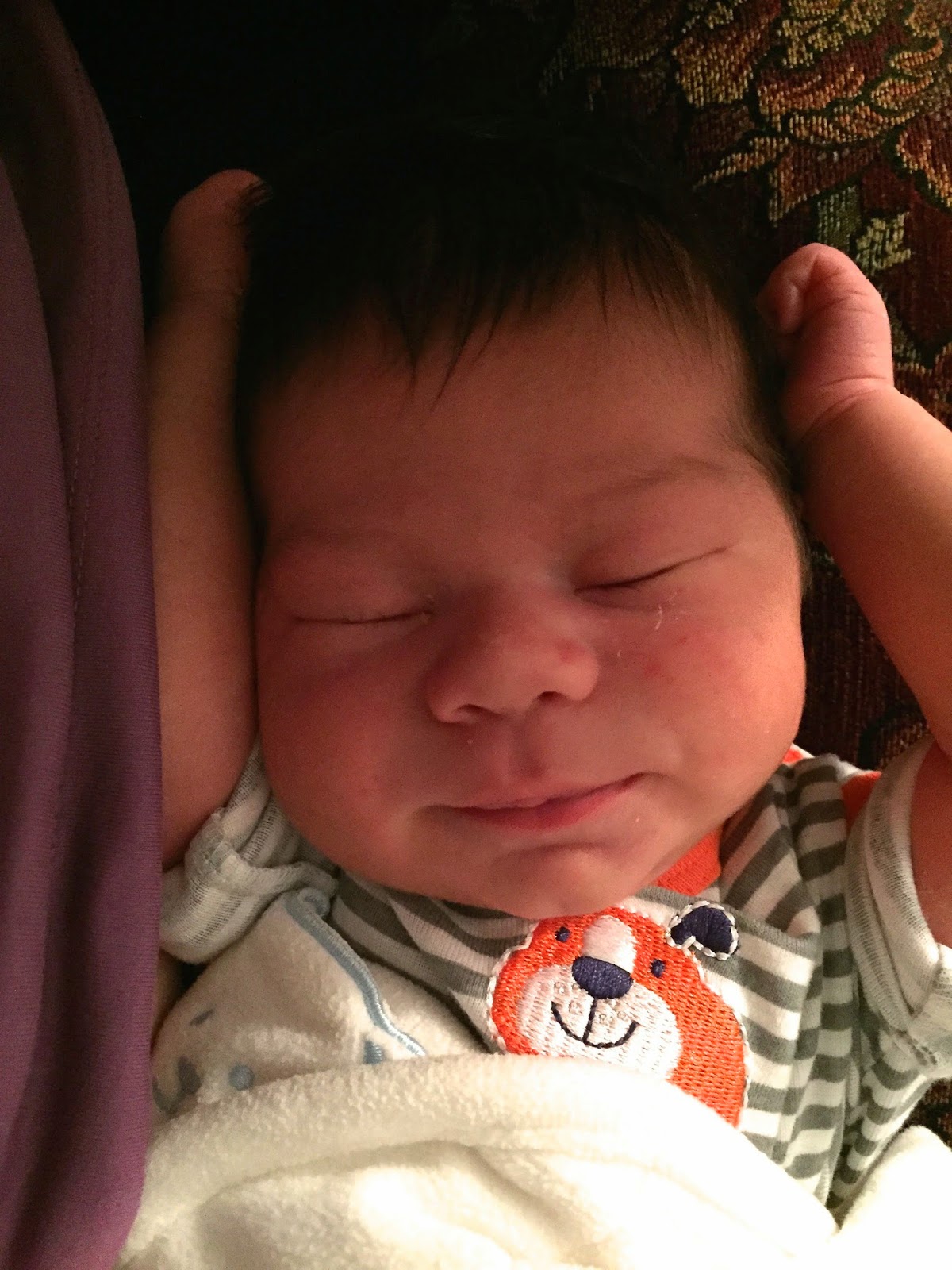 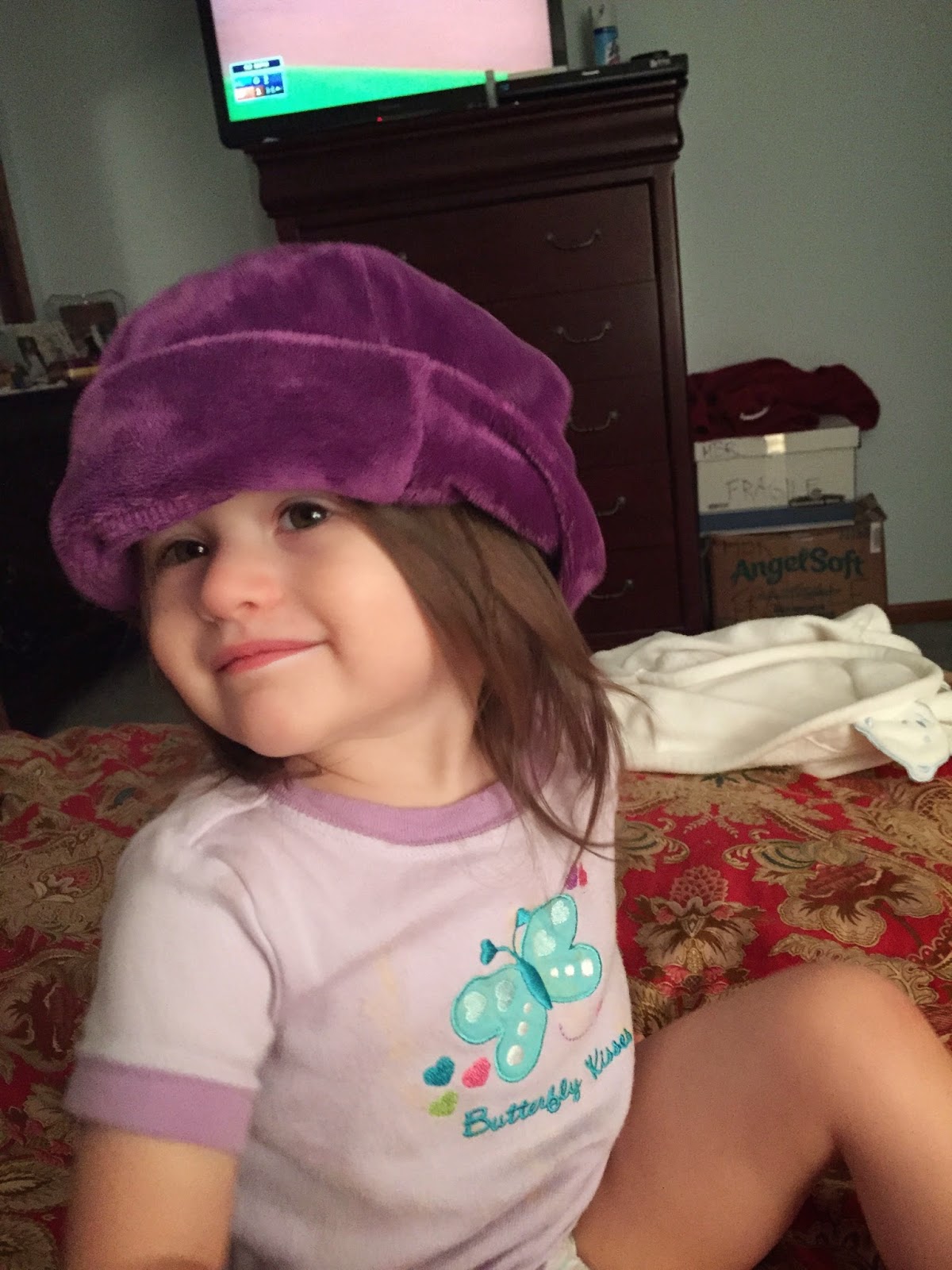 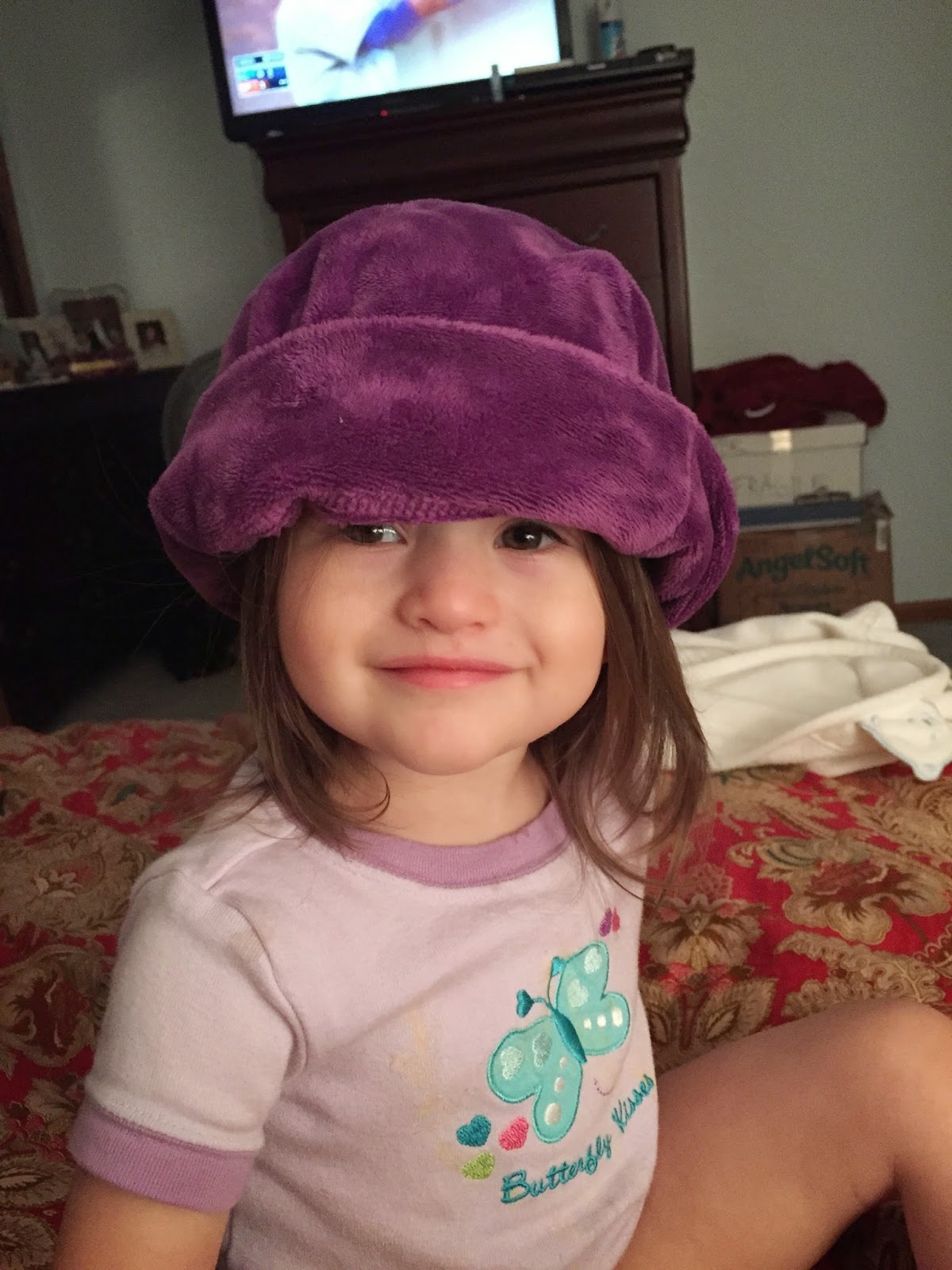 The only school work we had left was one Cecilia math lesson. I also wanted Cecilia and Felicity to write each of their AHG pen pals. You commit when you sign up to send something at least once a month. We had sent a letter in September but nothing for October and the arrival of Thomas would easily give each of them something to write about. So I printed up photos of each of them holding Thomas and two copies of just Thomas and got out some stickers and had each of them write a letter to their pen pal. I always include a copy of Felicity's letter written by me in case her handwriting proves challenging. (She really needs to work on spacing between letters vs. between words.) And then Cecilia did her remaining math lesson. 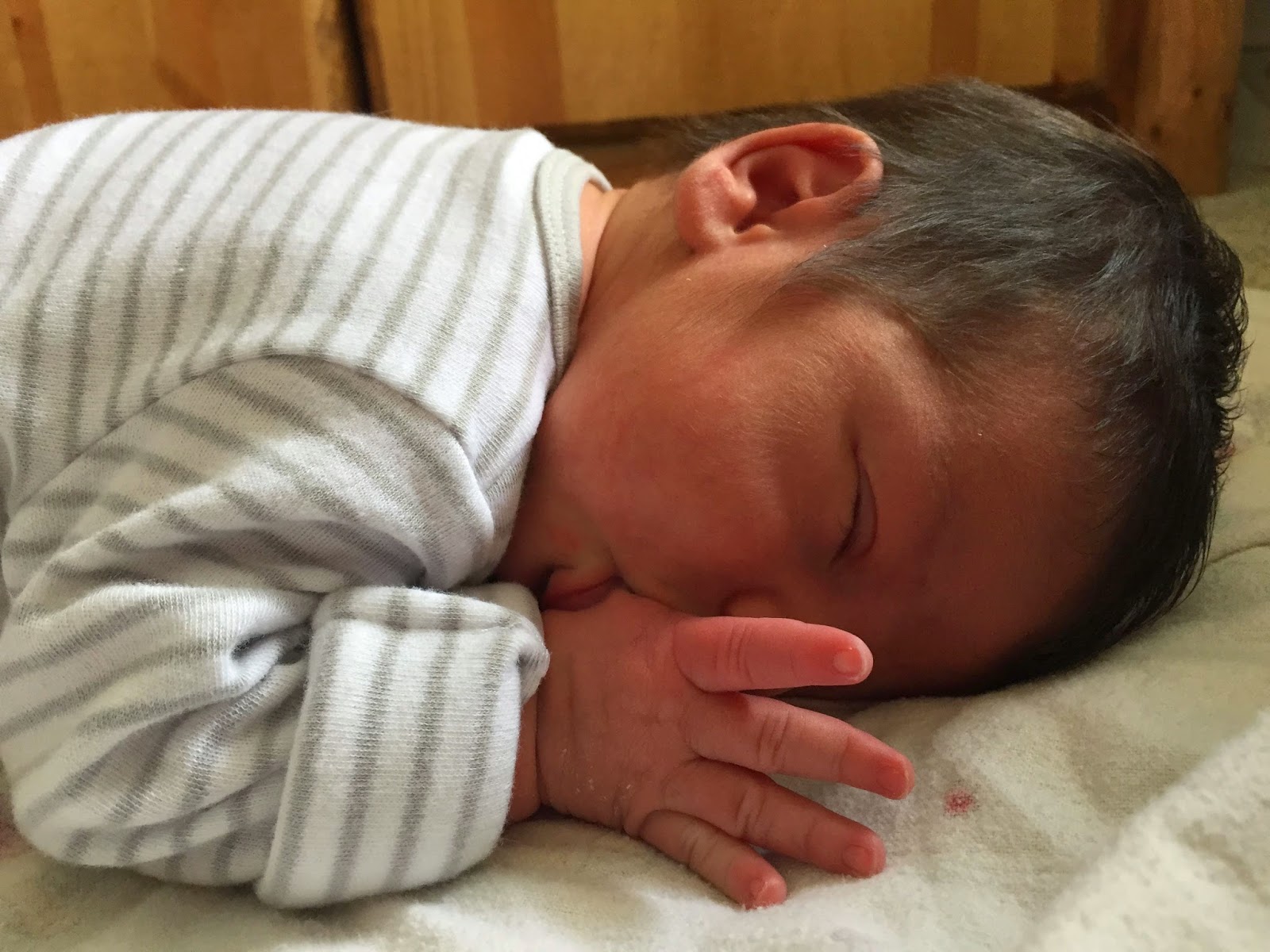 This week, Thomas began tummy time. He is getting better at it but it cracks me up when he simply finds his thumb, gets comfy and tells the exercises where they can stick it as he curls up very contently sucking his thumb.

Cecilia has been practicing drawing comic strips, specifically Charlie Brown. So I was amused when I found this in her math book: 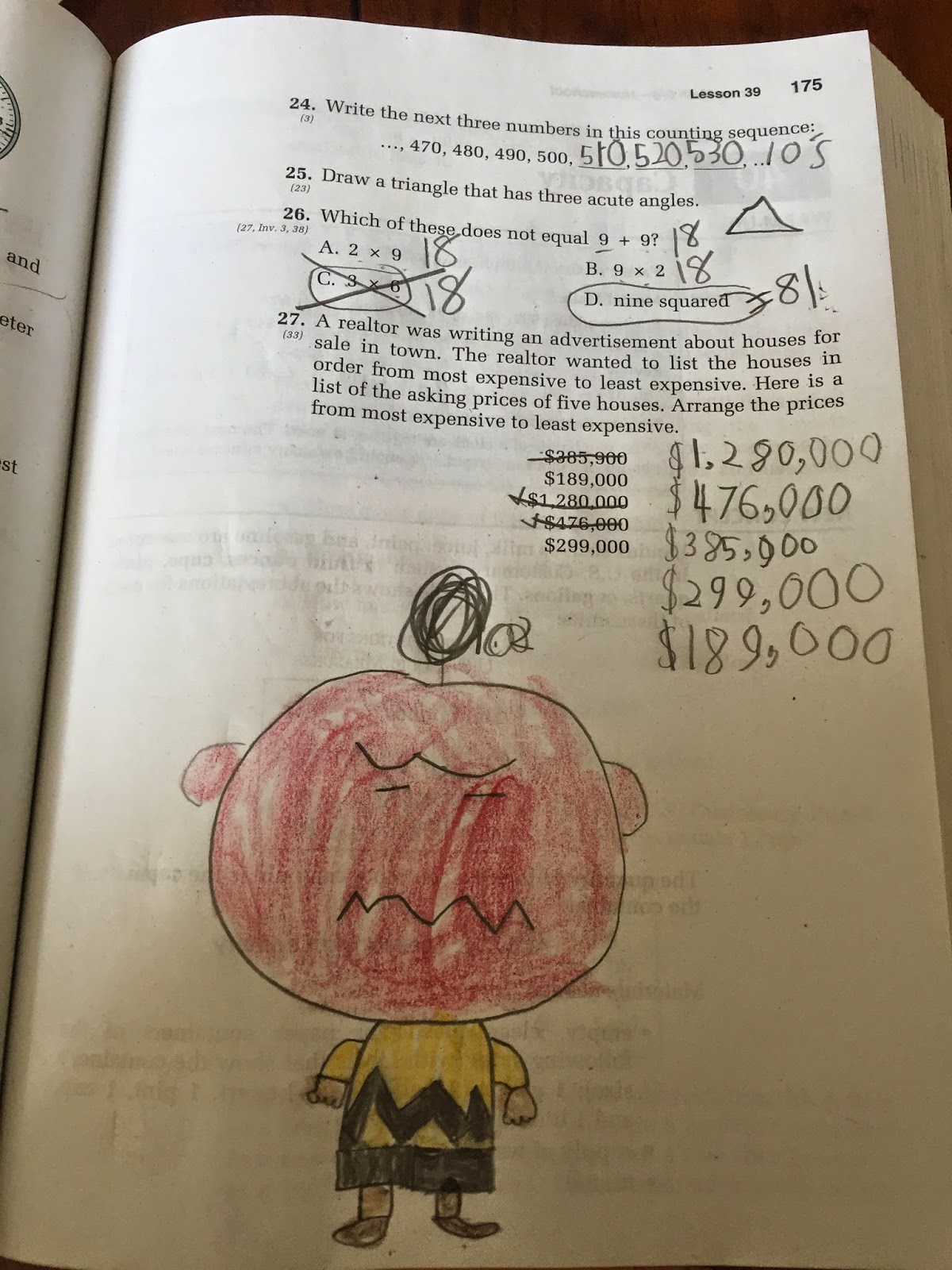 She says it is "mad Charlie Brown." She does her math pretty well, but that doesn't mean she is happy about it. LOL

And, lastly, simply because it cracked me up, I wanted to share my grandparents' belated birthday card. Enjoy! 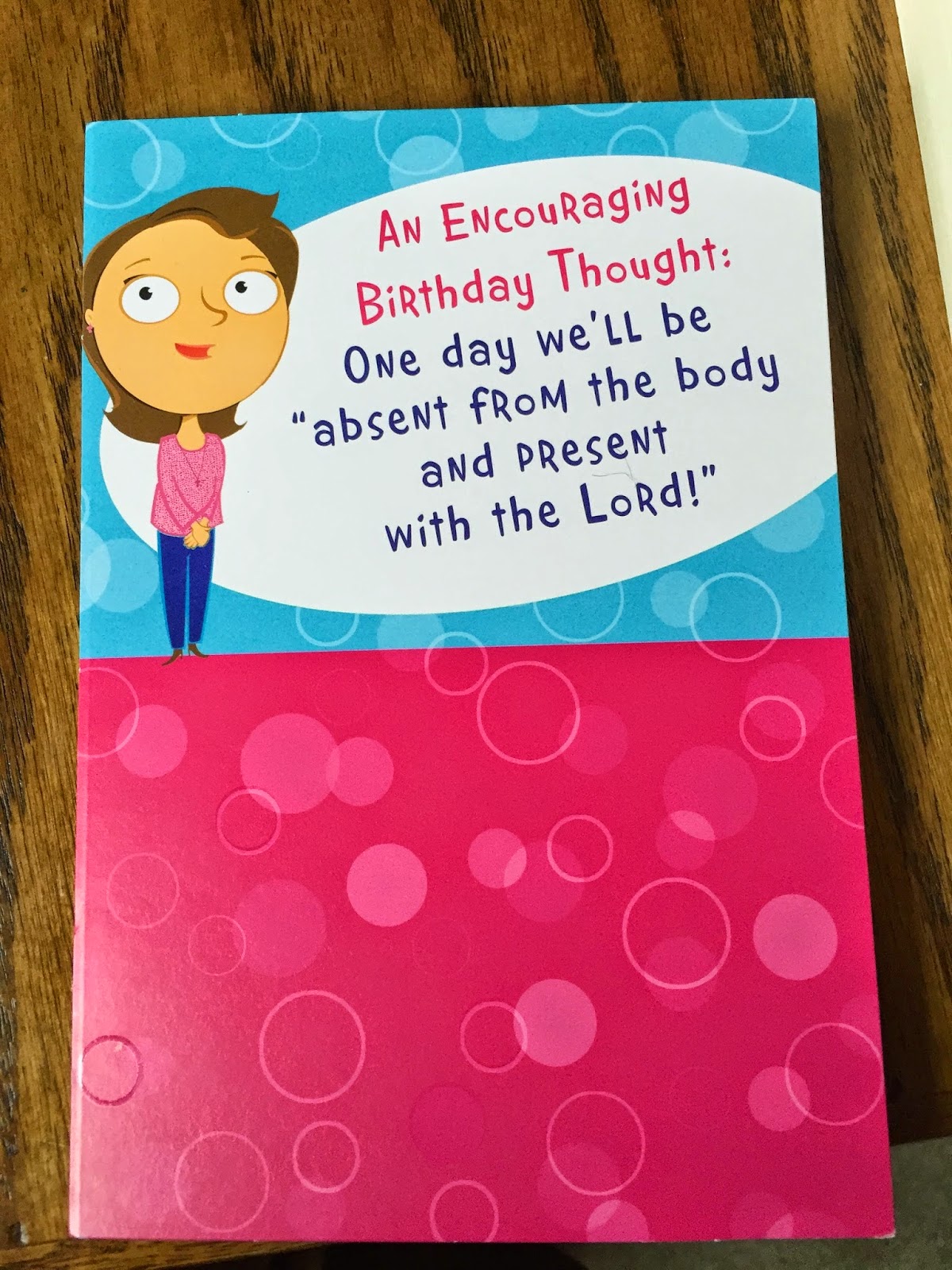 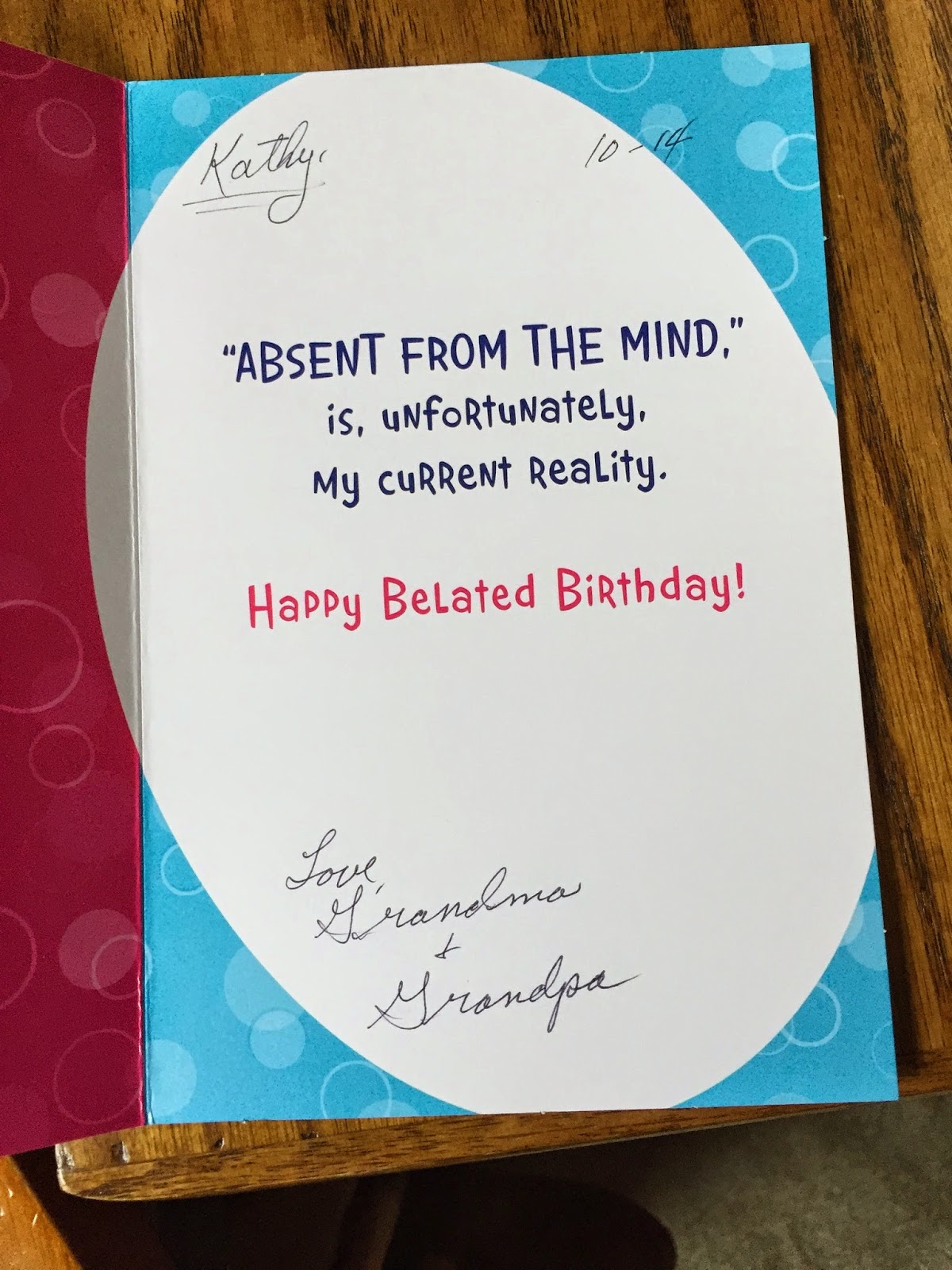 This afternoon the high was 38 with wind gusts up to 40 miles per hour making the windchill 26°.
I'm 11 days postpartum.
Needless to say trick-or-treating didn't happen. But we did celebrate with chocolate chip cookies, Nestlé crunch bars, KitKats, and Hershey kisses. And we watched the Disney cartoon about Ichabod Crane and the Nightmare Before Christmas.