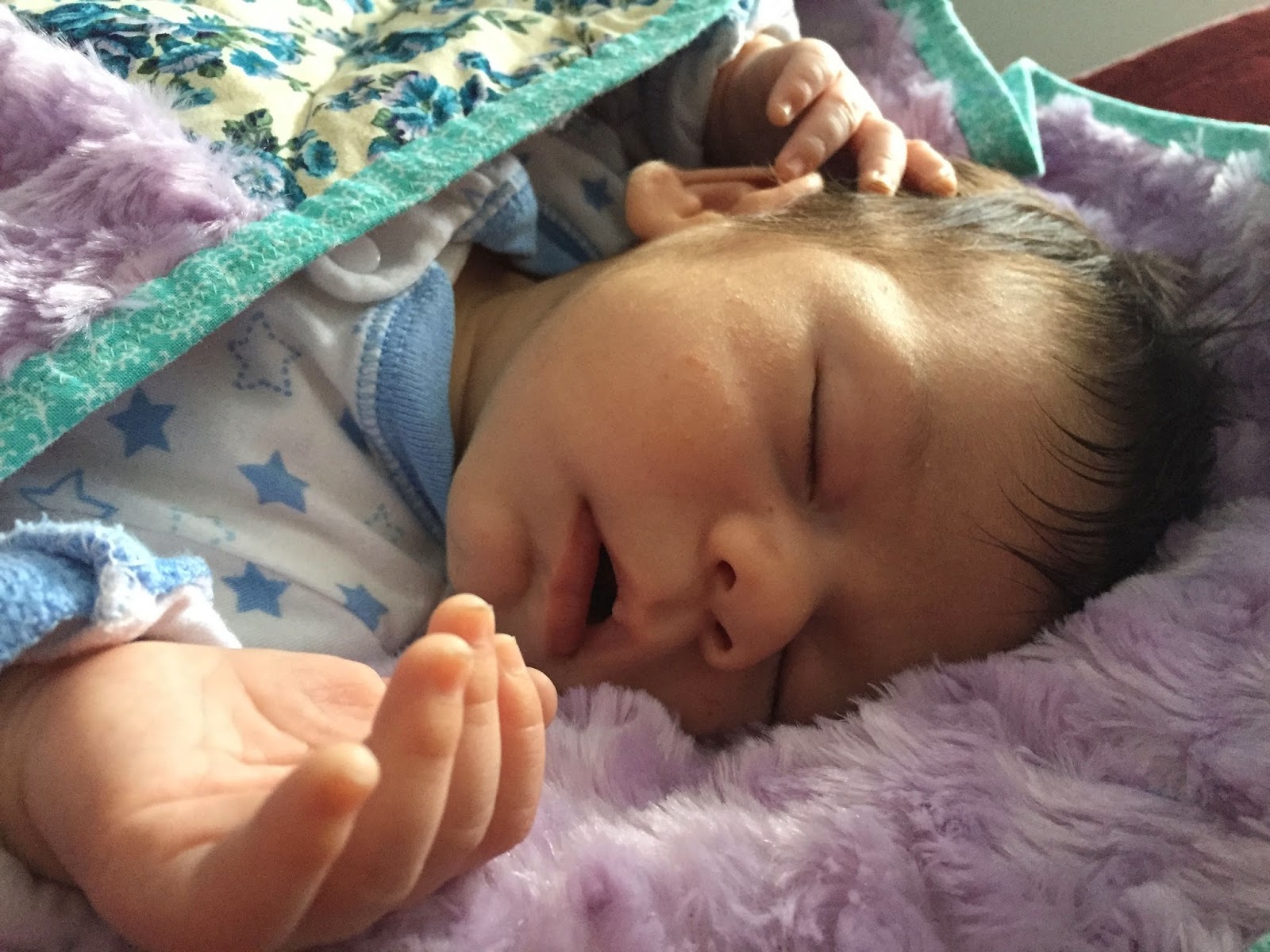 A week ago, Thomas turned 1 month old. On Monday, he was 5 weeks old. So I thought a small update might be in order. 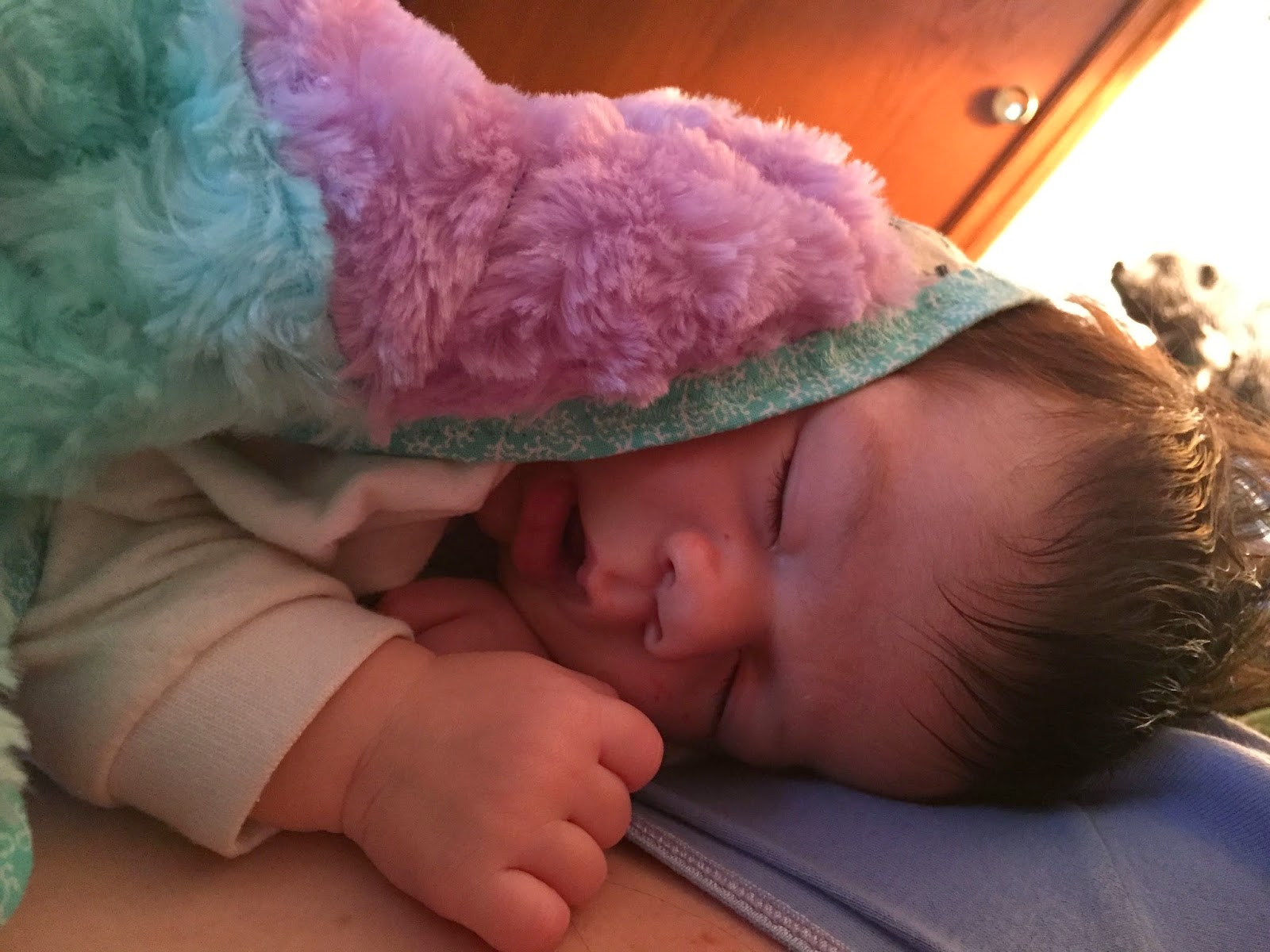 Thomas is definitely not the sleeper Brigid or Felicity were. But I don't think he fights sleep the way Teresa did either. Actually, as a sleeper, he reminds me most of Cecilia. Do you start over again with #6? He will go to sleep being held, nursed, rocked, swung or even just laying down but he can be a sensitive sleeper too. He can fall asleep to general noise but it won't take much to wake him up. 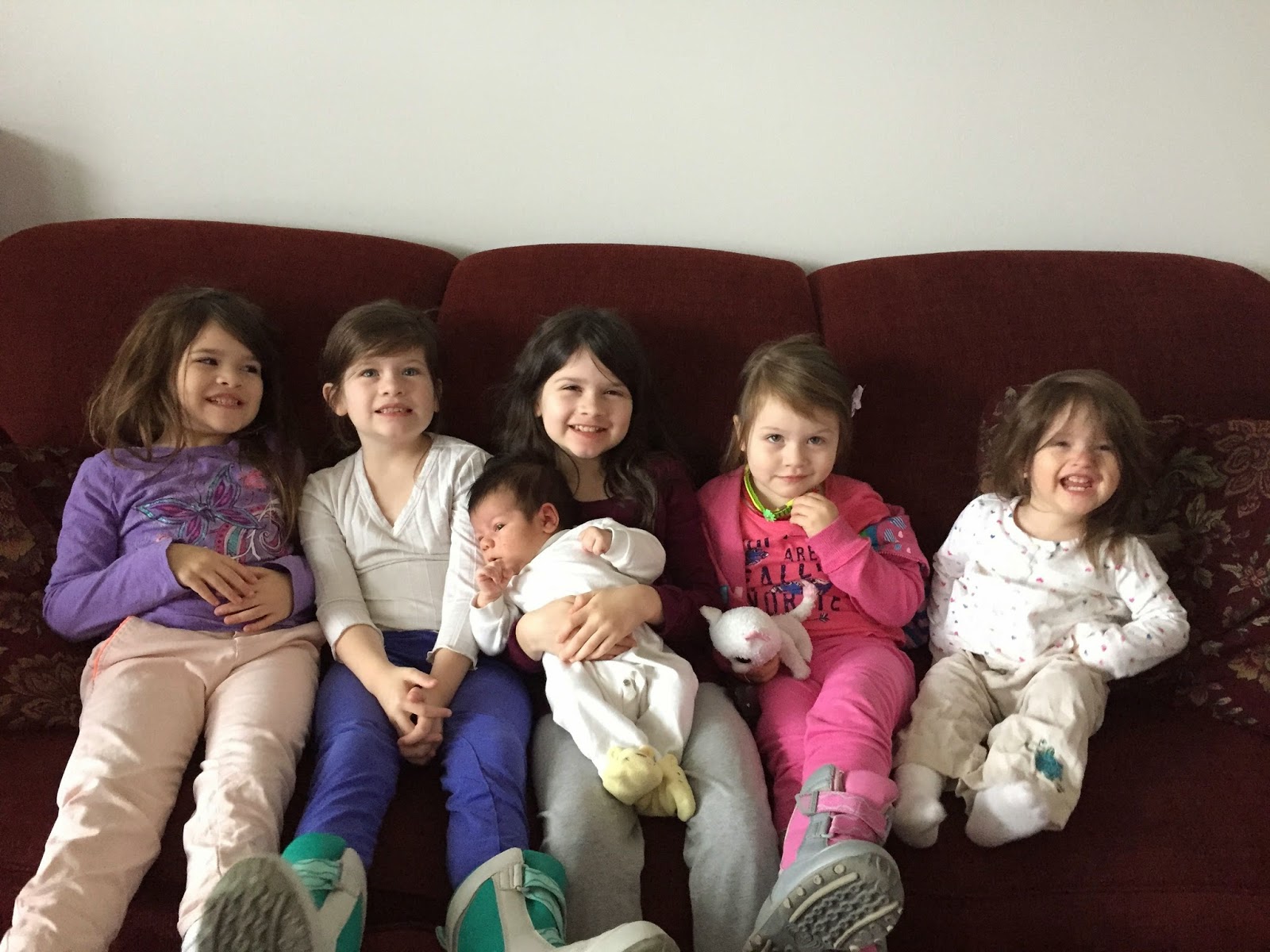 He is slowly becoming more alert but the spans when he simply sits or lays quietly looking around are brief. He mostly sleeps, eats or cries to sleep, eat, or be held. He loves being held upright. 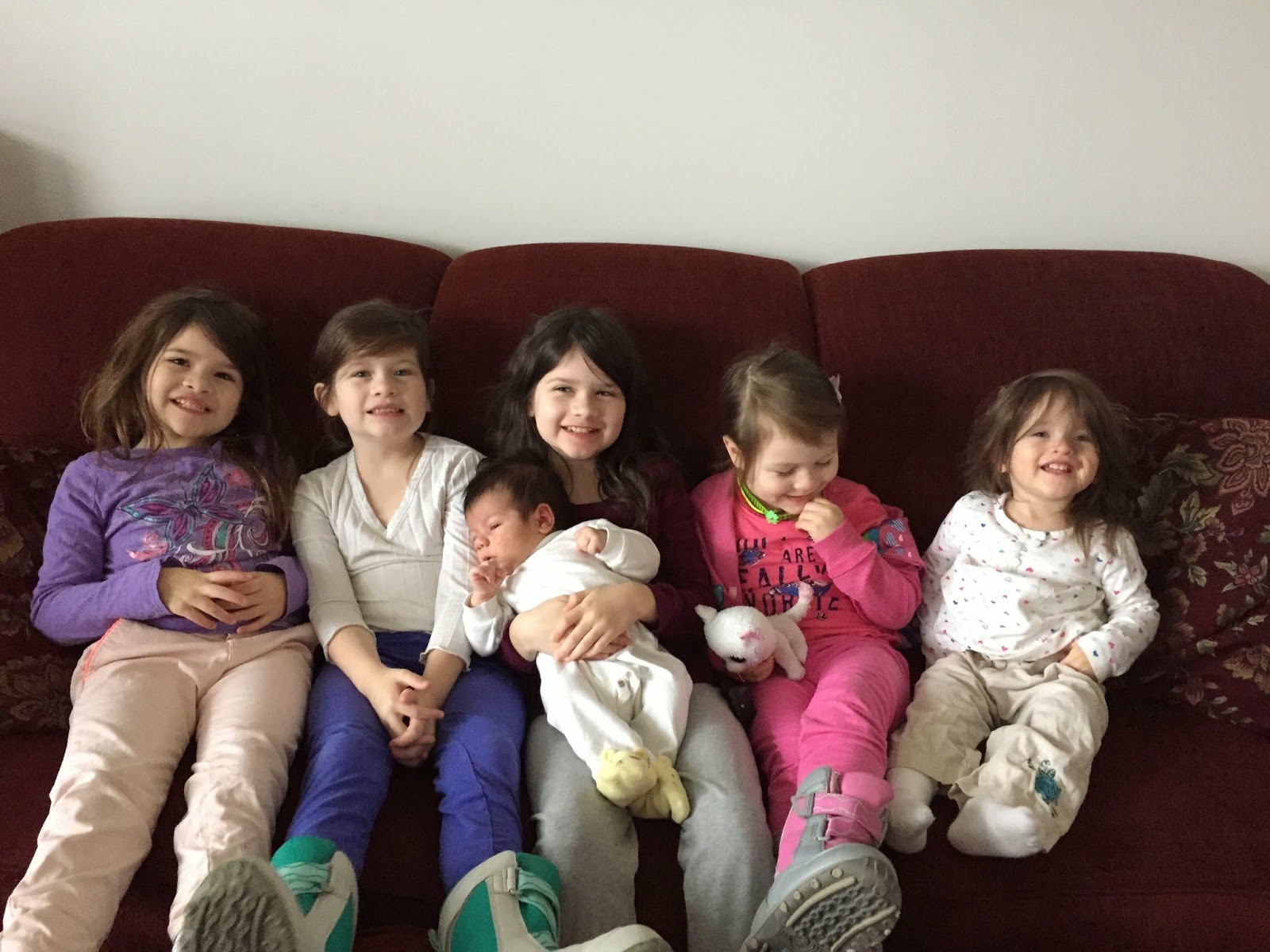 He is very strong and already has some impressive head control, so it makes sense he generally enjoys tummy time until Brigid takes it upon herself to flip him over, which is always done less than gracefully. He has remained happily on his tummy for 45 minutes before demanding to be picked up. 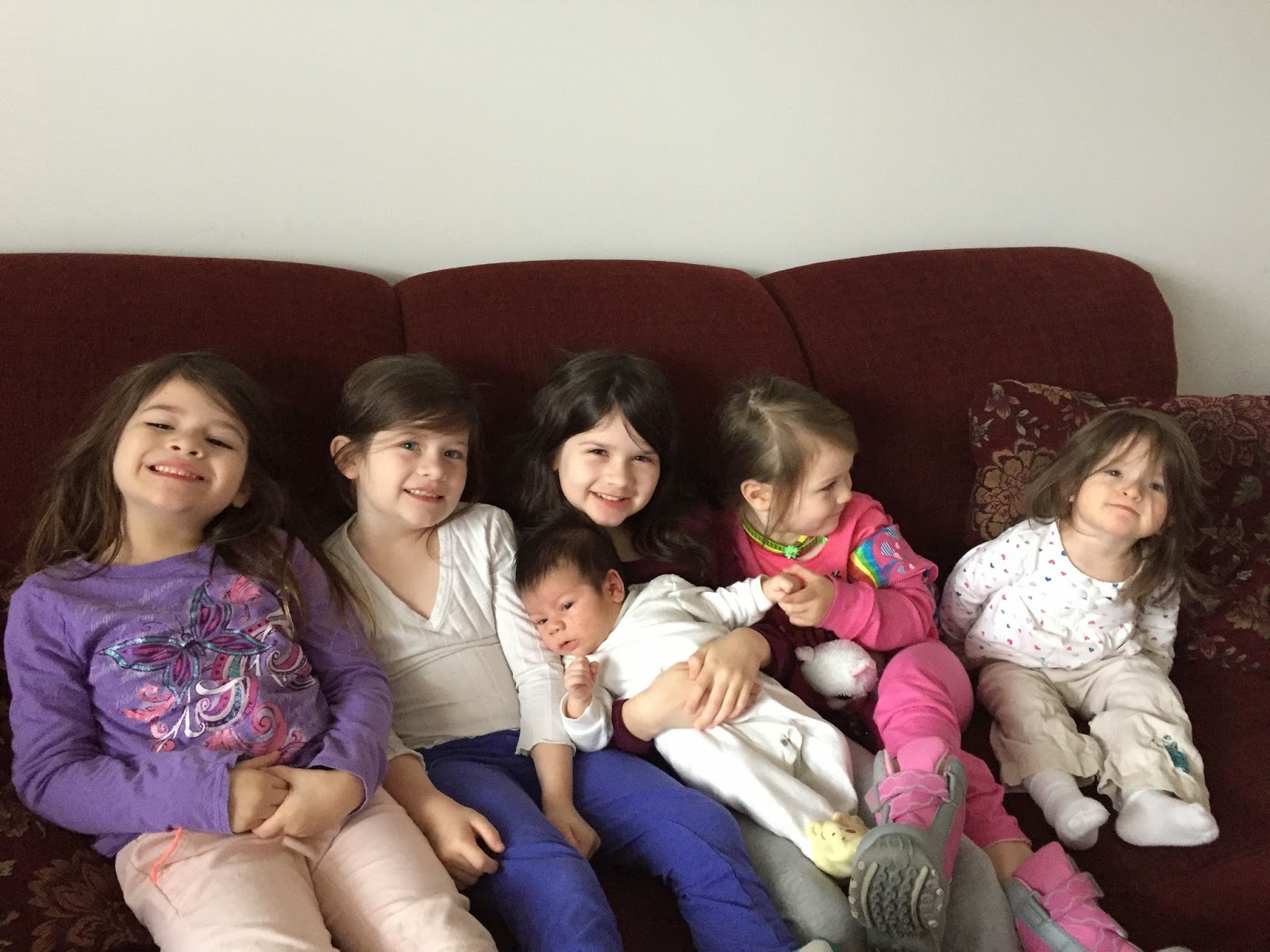 It was only last Sunday I got my first half of a smile. Cecilia took until 5 weeks to smile as well. 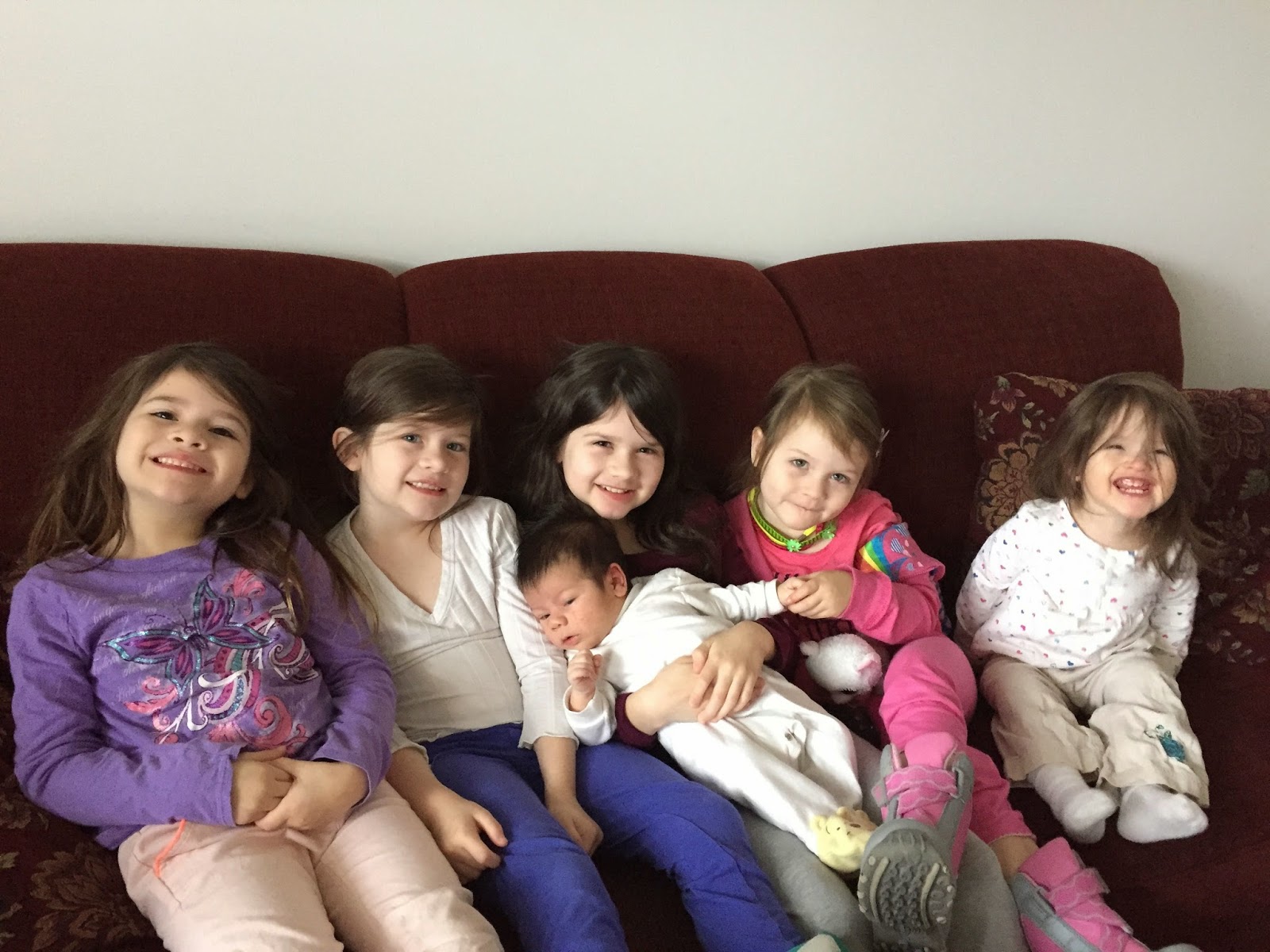 So it is fitting it was on the day he turned 5 weeks he gave Cecilia this: 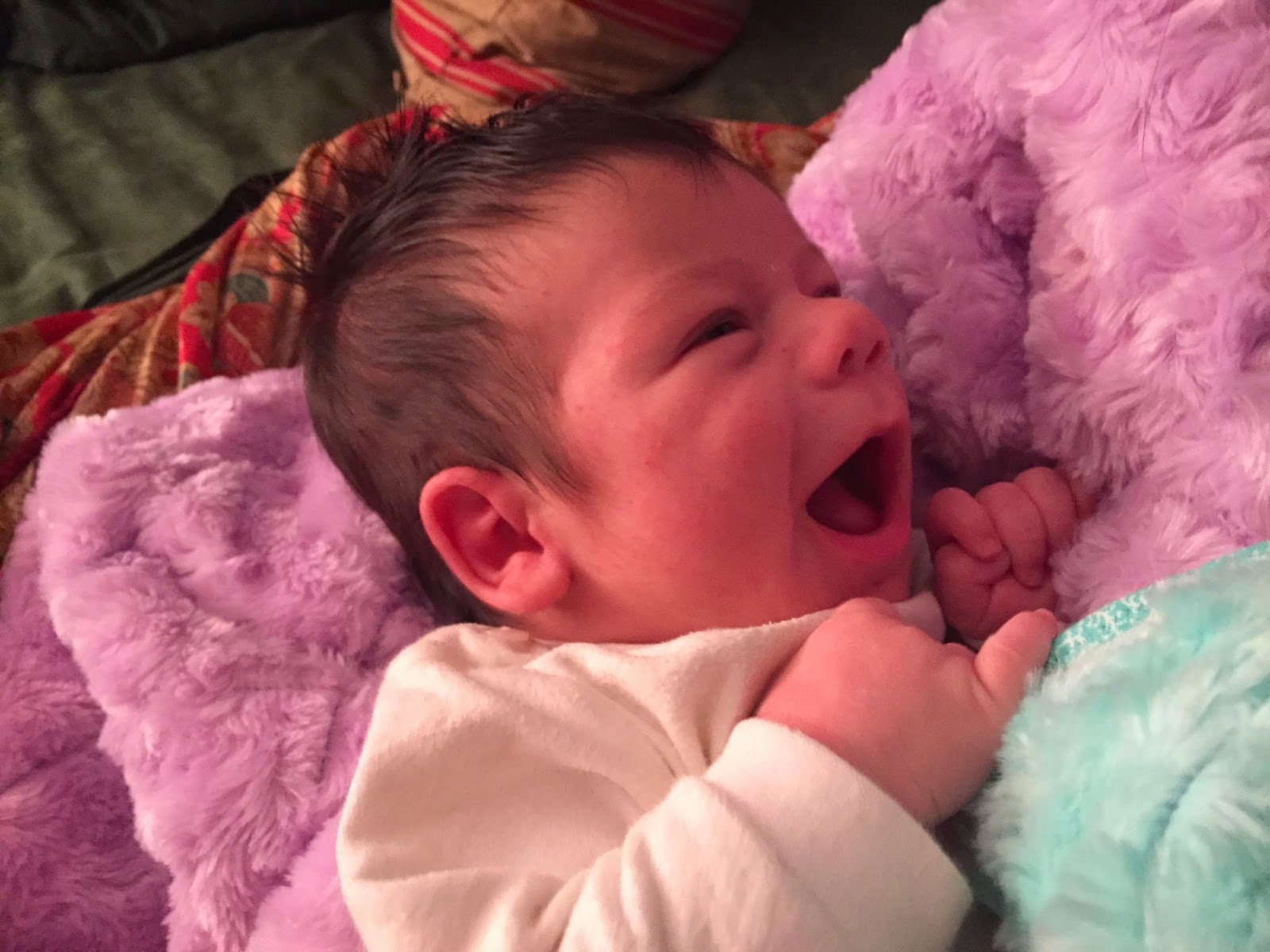 But most of the time he looks like this... 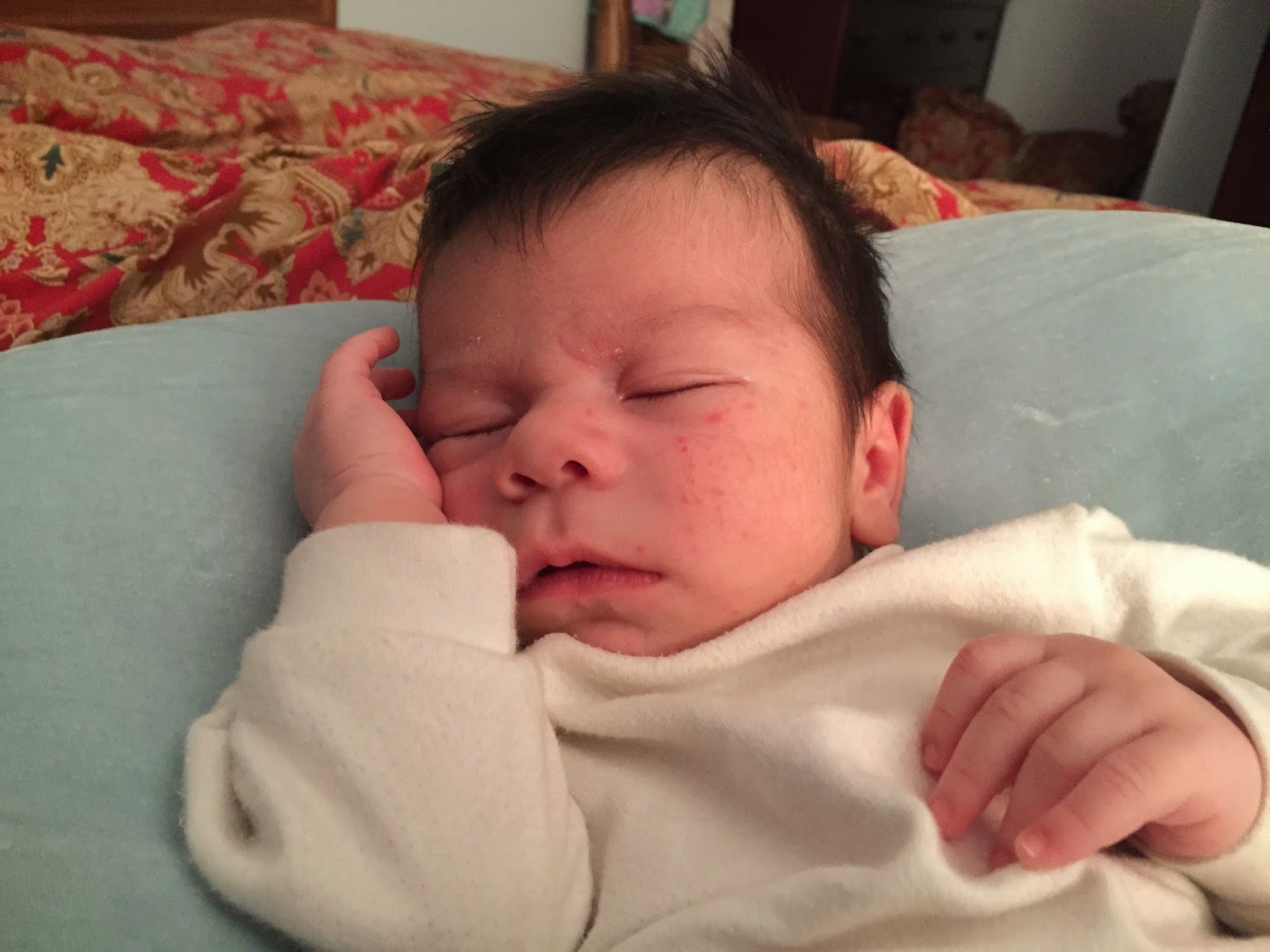 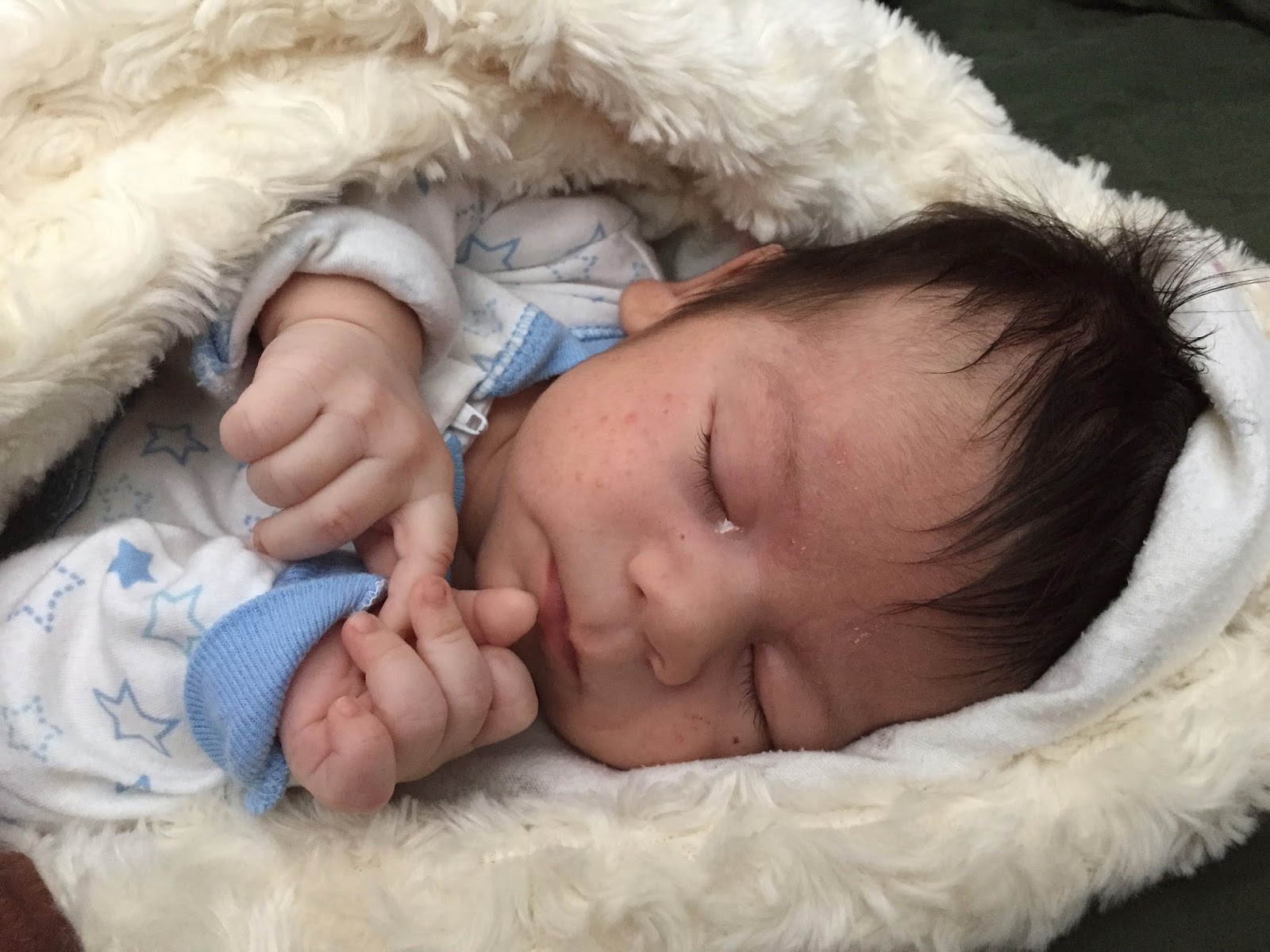 He is very snuggable though whether he is awake or asleep. :)
Posted by Katherine at 7:20 PM