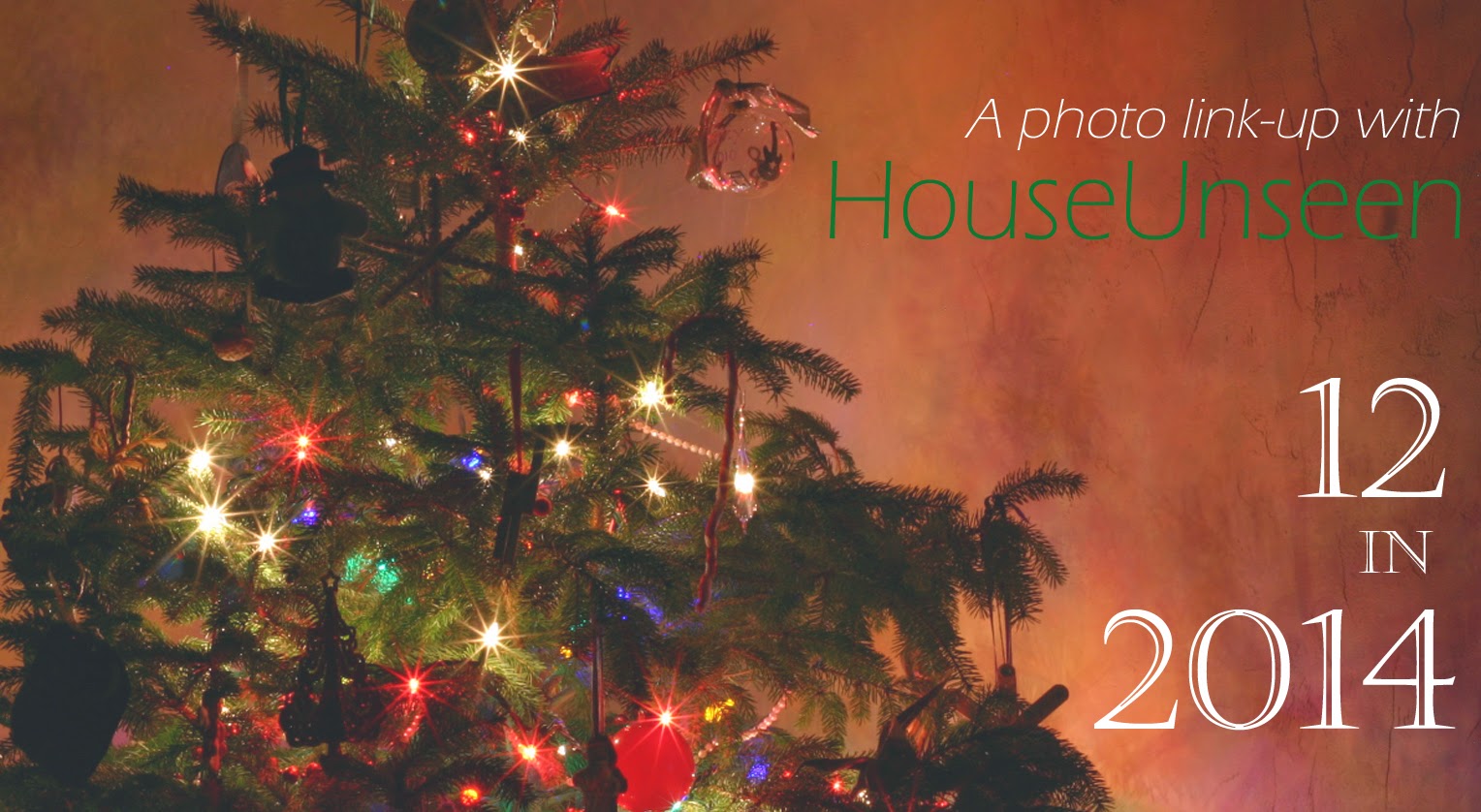 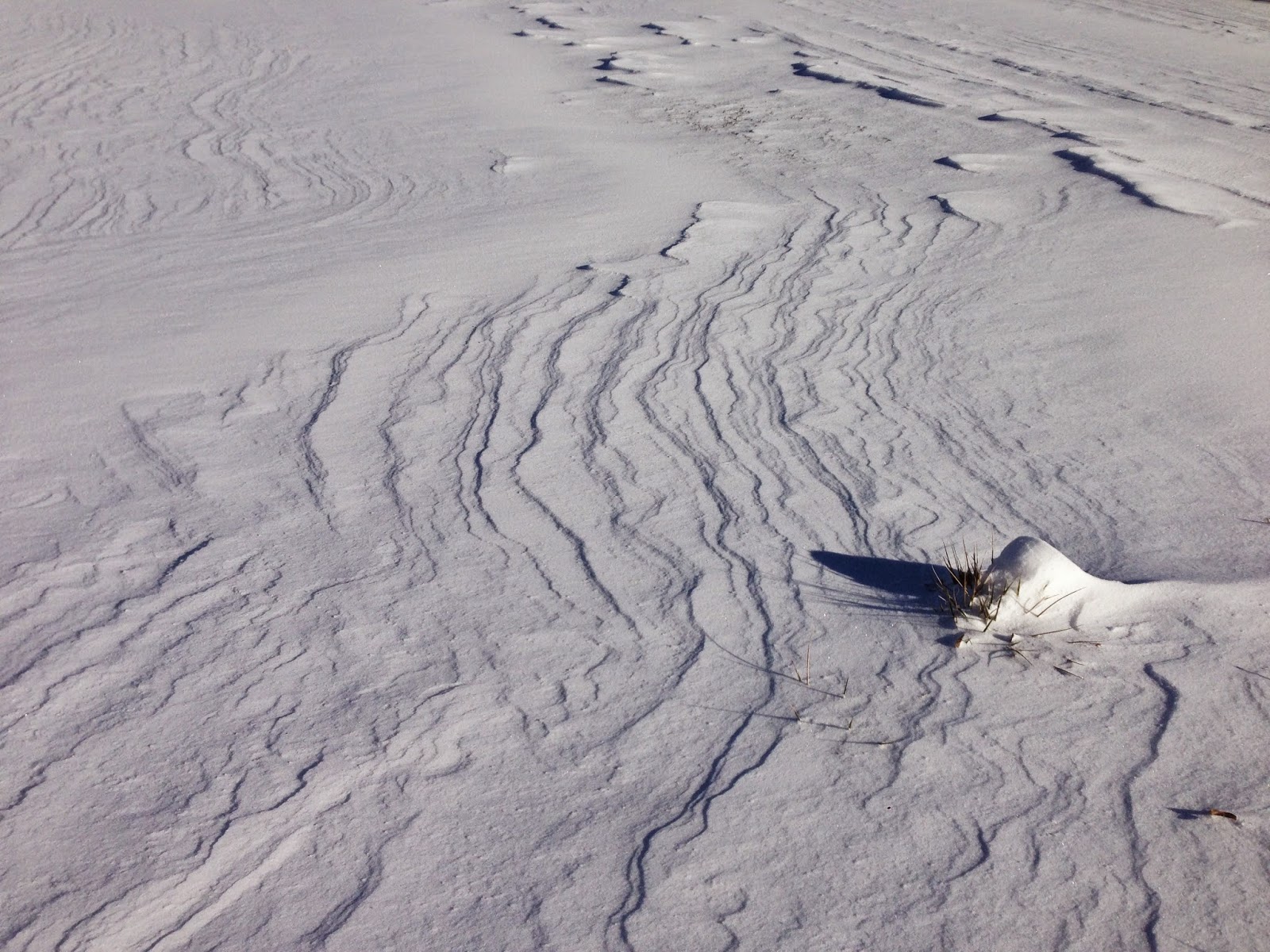 We had a fair amount of snow last January and a lot of wind. It was difficult to shovel because the wind would blow it until it was just ice, but the formations the wind left behind were absolutely beautiful. 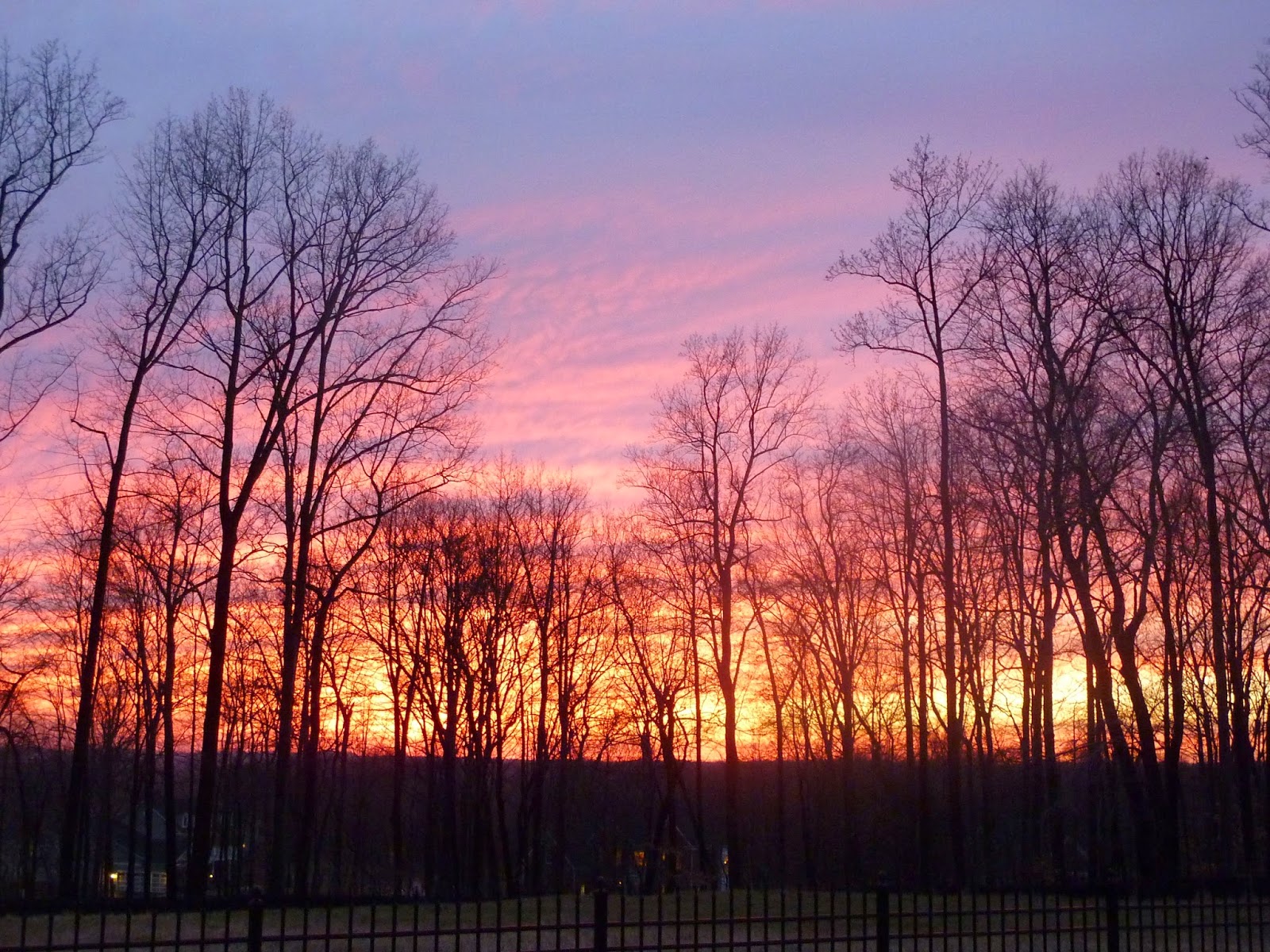 I find winter beautiful with or without snow, so I chose this one because of the trees in front of the sunset. I know many homeschoolers struggle through February but I still relish it. This sunset was like a divine valentine. 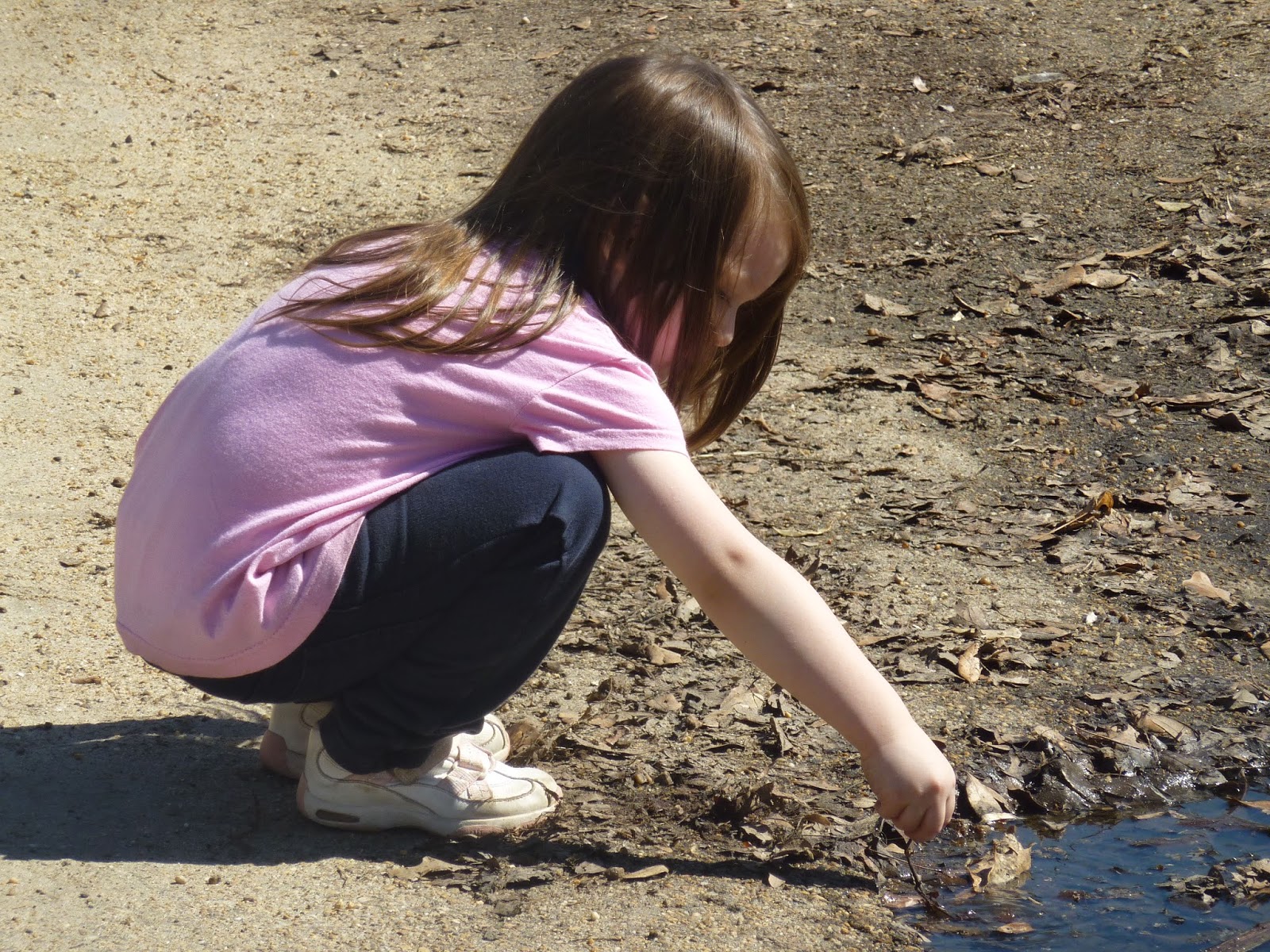 This was actually at Colonial Williamsburg but it is Teresa at her finest. So sweet, so simple, exploring, having fun and about to get messy. March is known for its mud too, so this was perfect. 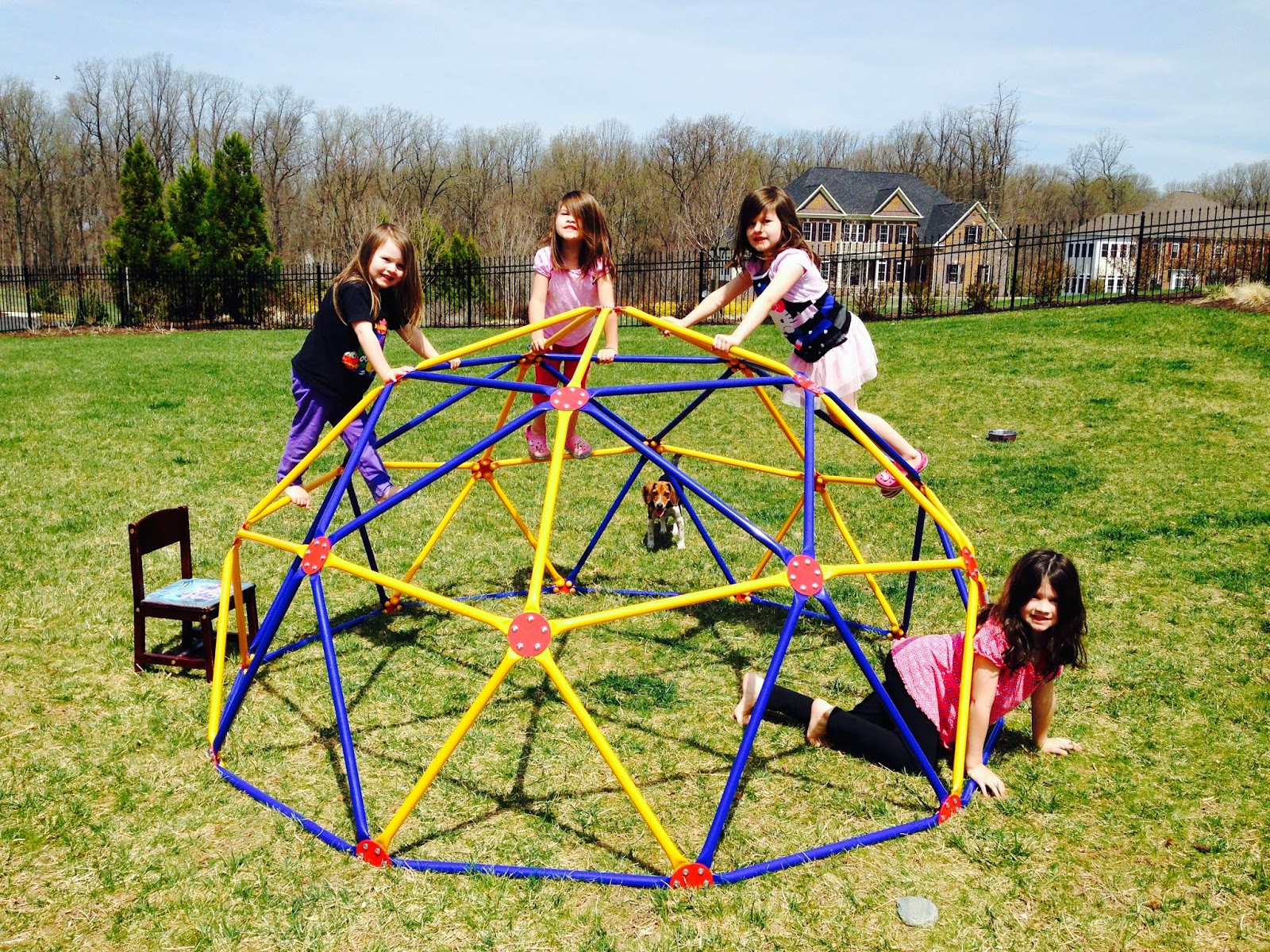 In April we were outside all the time and had this gem from Teresa's birthday. I loved this shot of four of the girls too... so bright, so happy, so perfect. 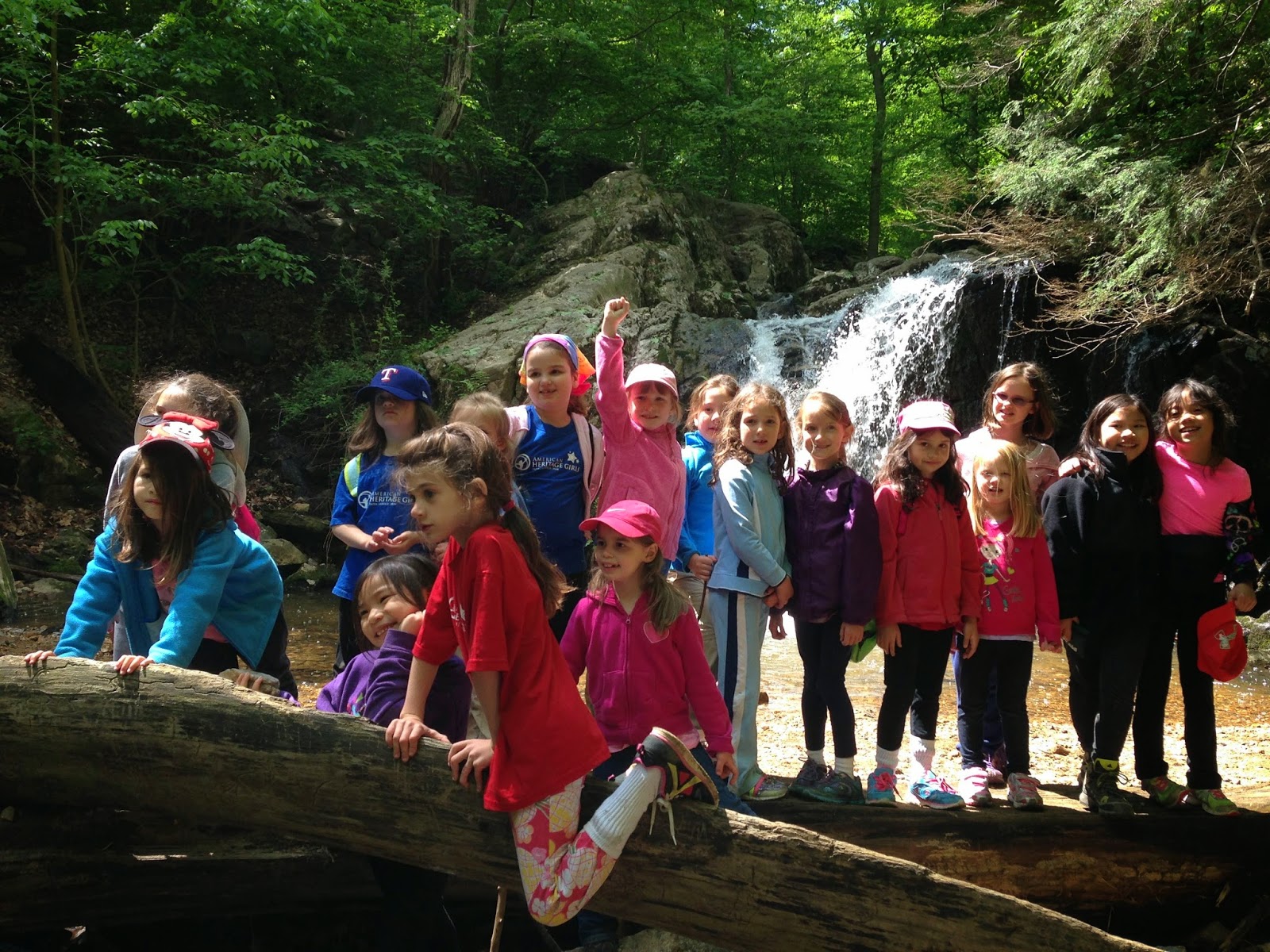 In May we went camping with the girls AHG troop and they stopped for this group shot before the waterfall we hiked to, and it was quite a hike. It was fun though and totally worth it. 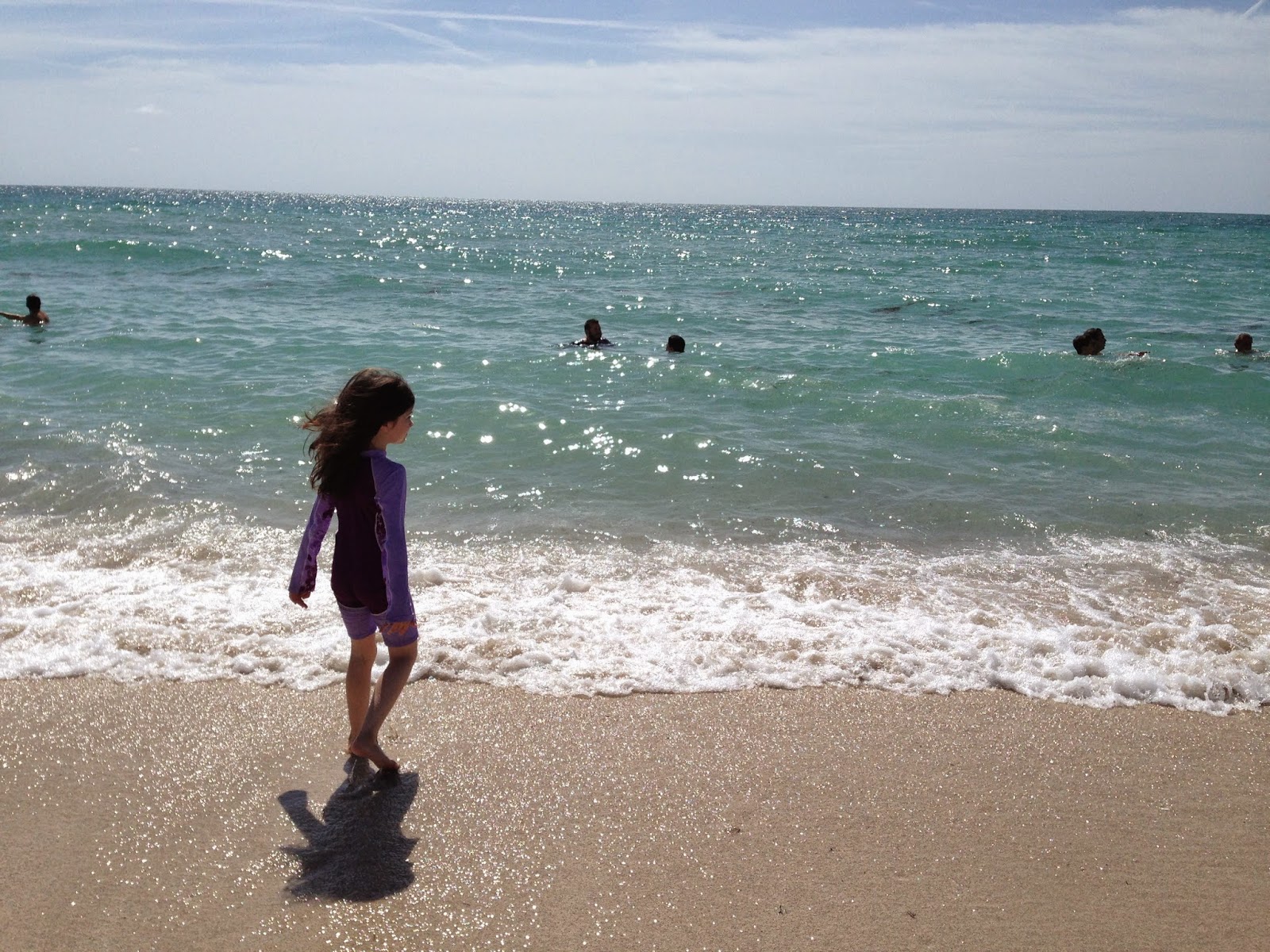 In June we drove down to Miami for my brother's wedding and I loved this picture of Cecilia on Miami Beach. With her hair being blown by the wind almost silhouetted in front of the blue-green waves on sparkling sand...my beautiful Cecilia. 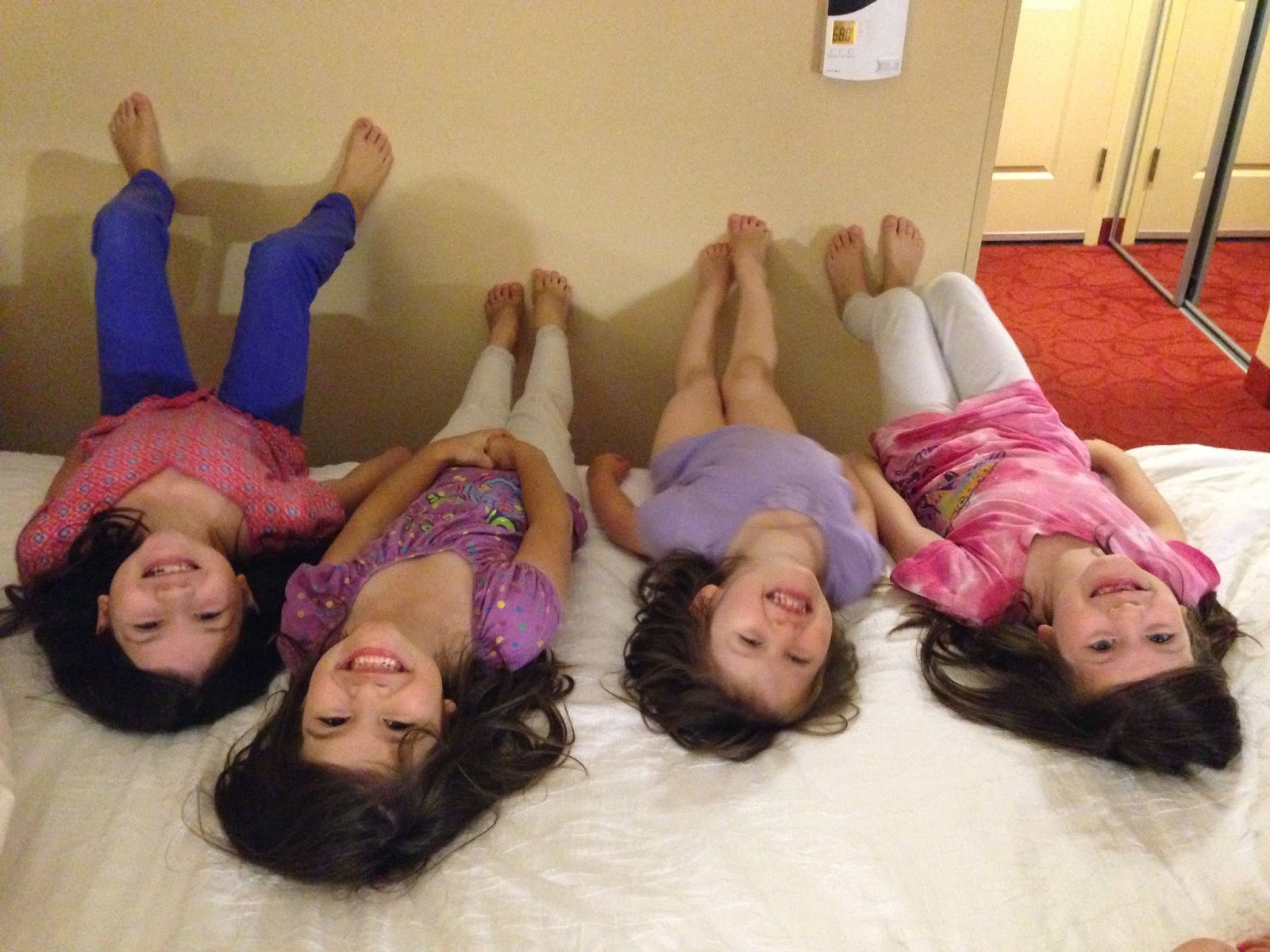 In July we made an emergency drive to Wisconsin to go house hunting and the kids were awesome through all the driving but when we got to a hotel they needed to unwind and this was a great shot of their silly fun after hours in the car. 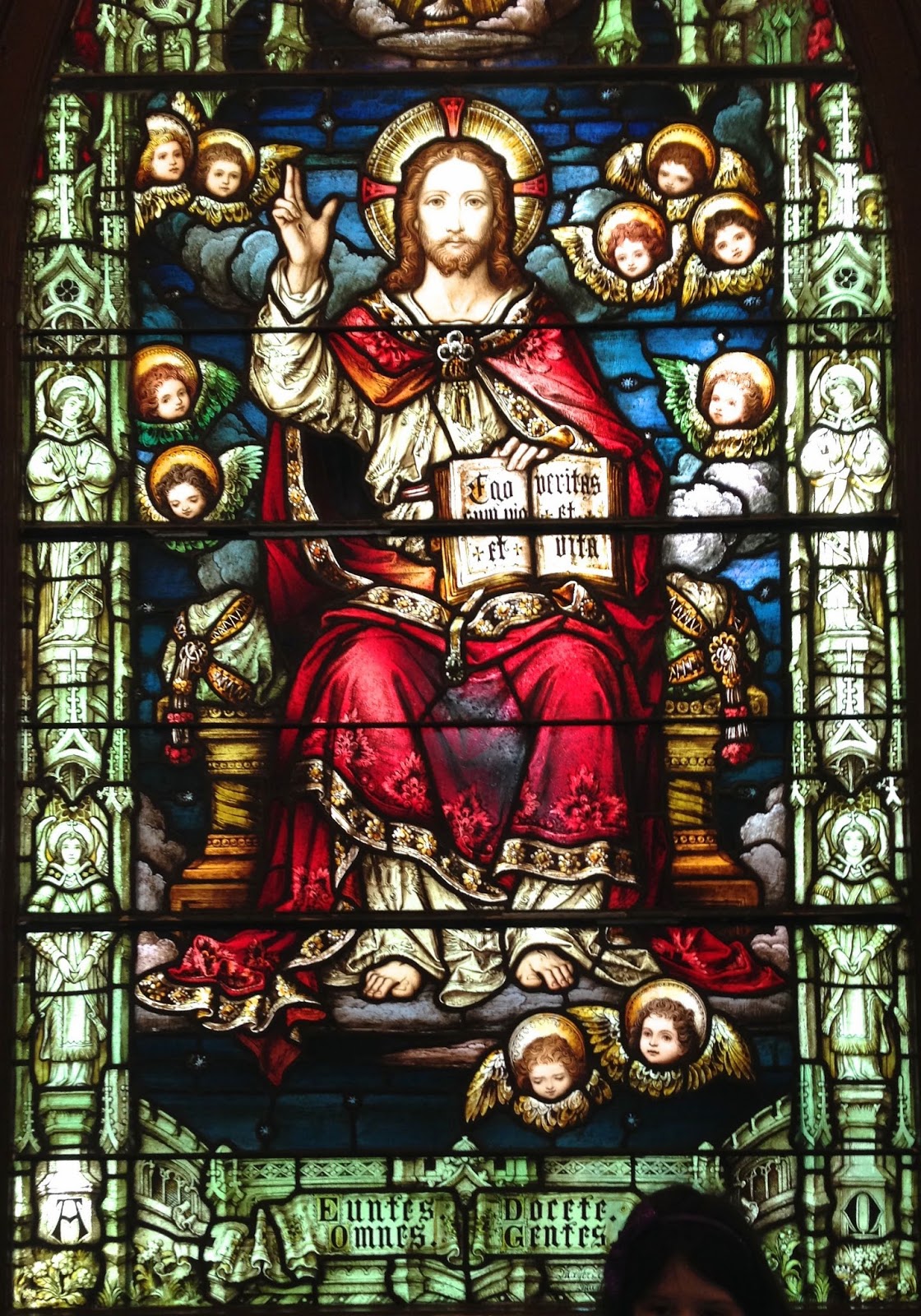 Before we moved, we visited a friend at the Dominican House of Studies and got a tour. It was a beautiful building with some beautiful statues and windows. This was my favorite. 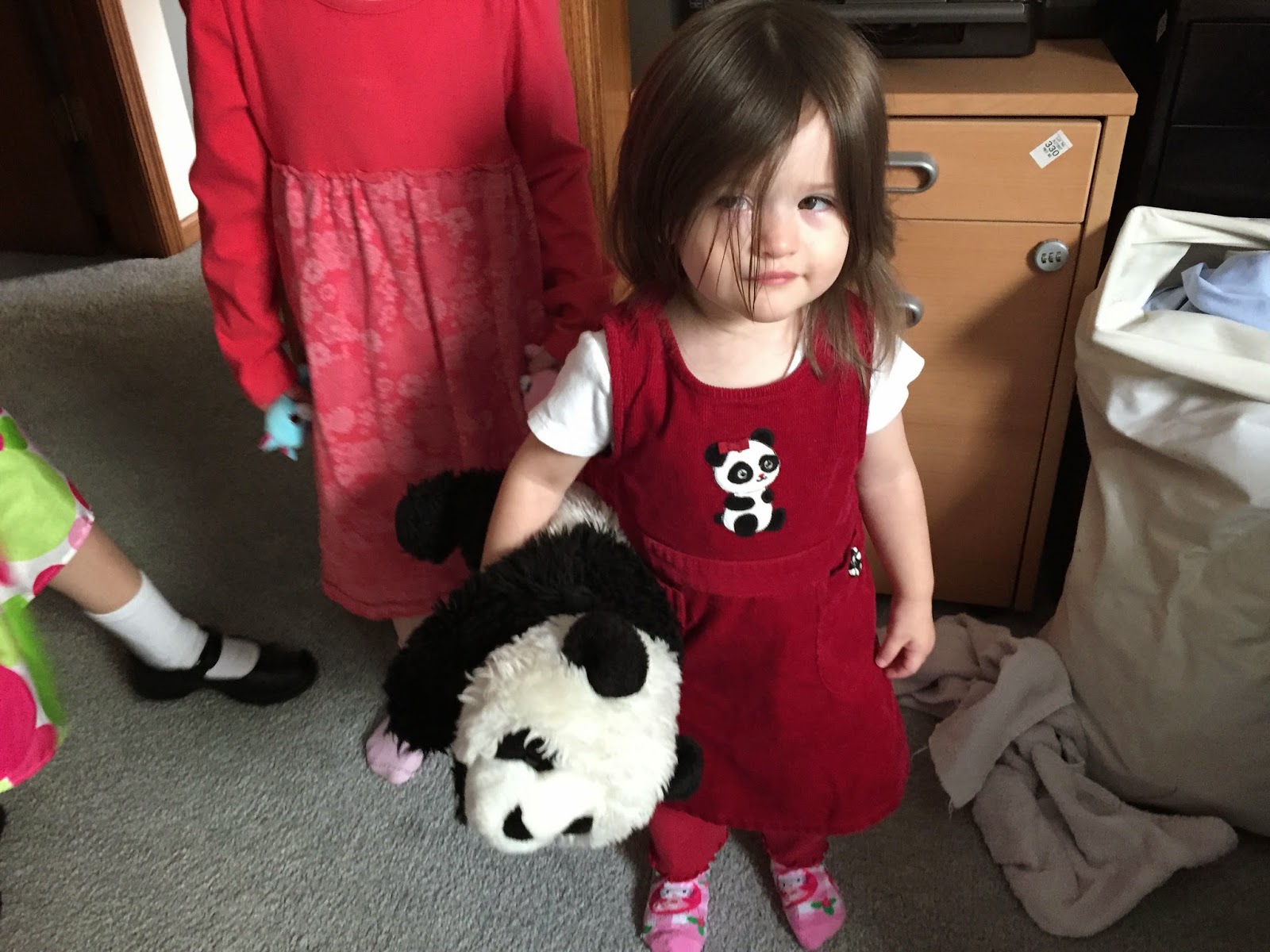 Brigid is very attached to her Panda bear, so we thought this dress was perfect for her. She didn't seem quite as amused by the connection though. She was definitely my clinging buddy after moved though. 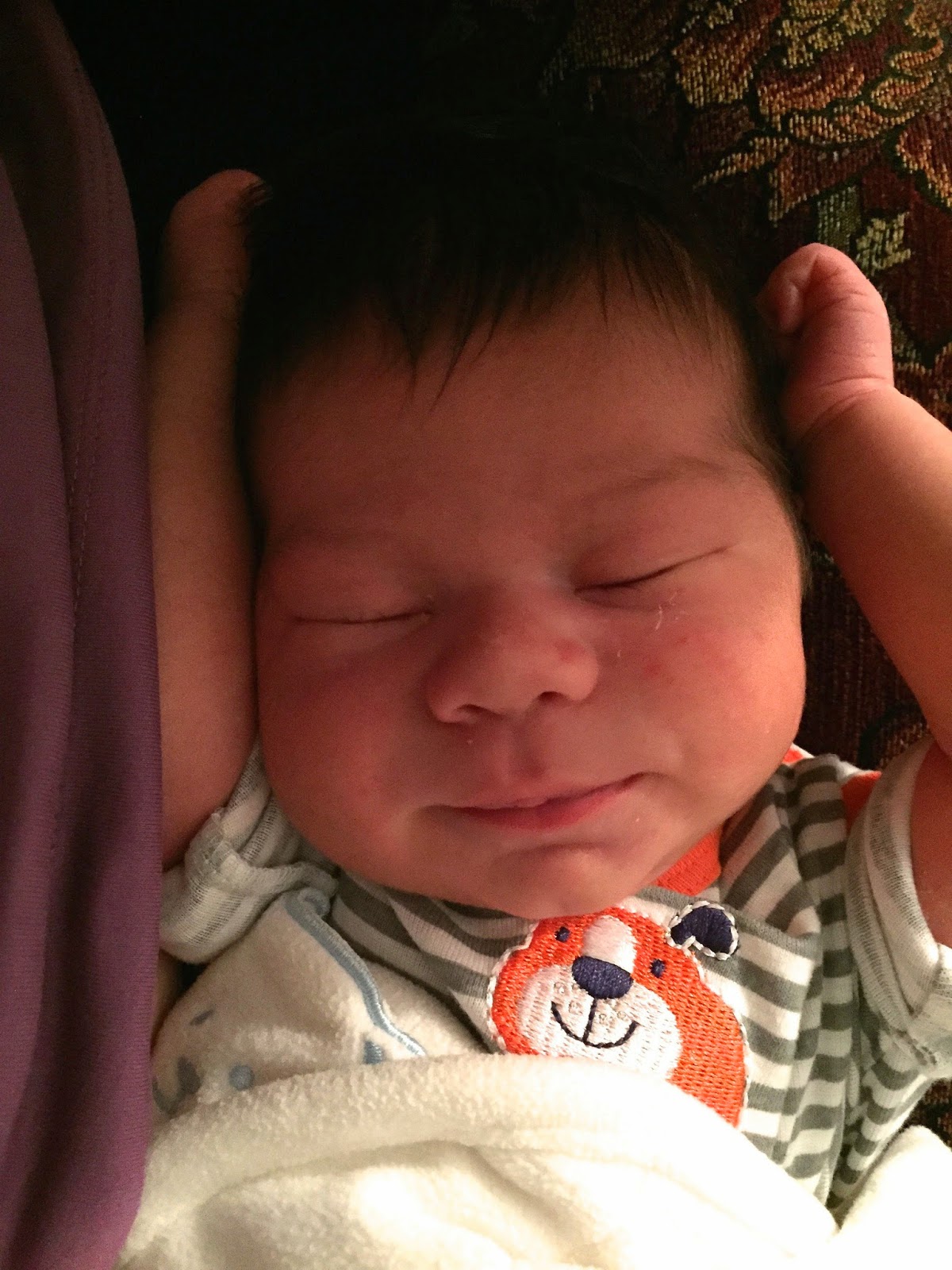 In October we all got to finally meet Thomas Benedict. The best birthday present ever. 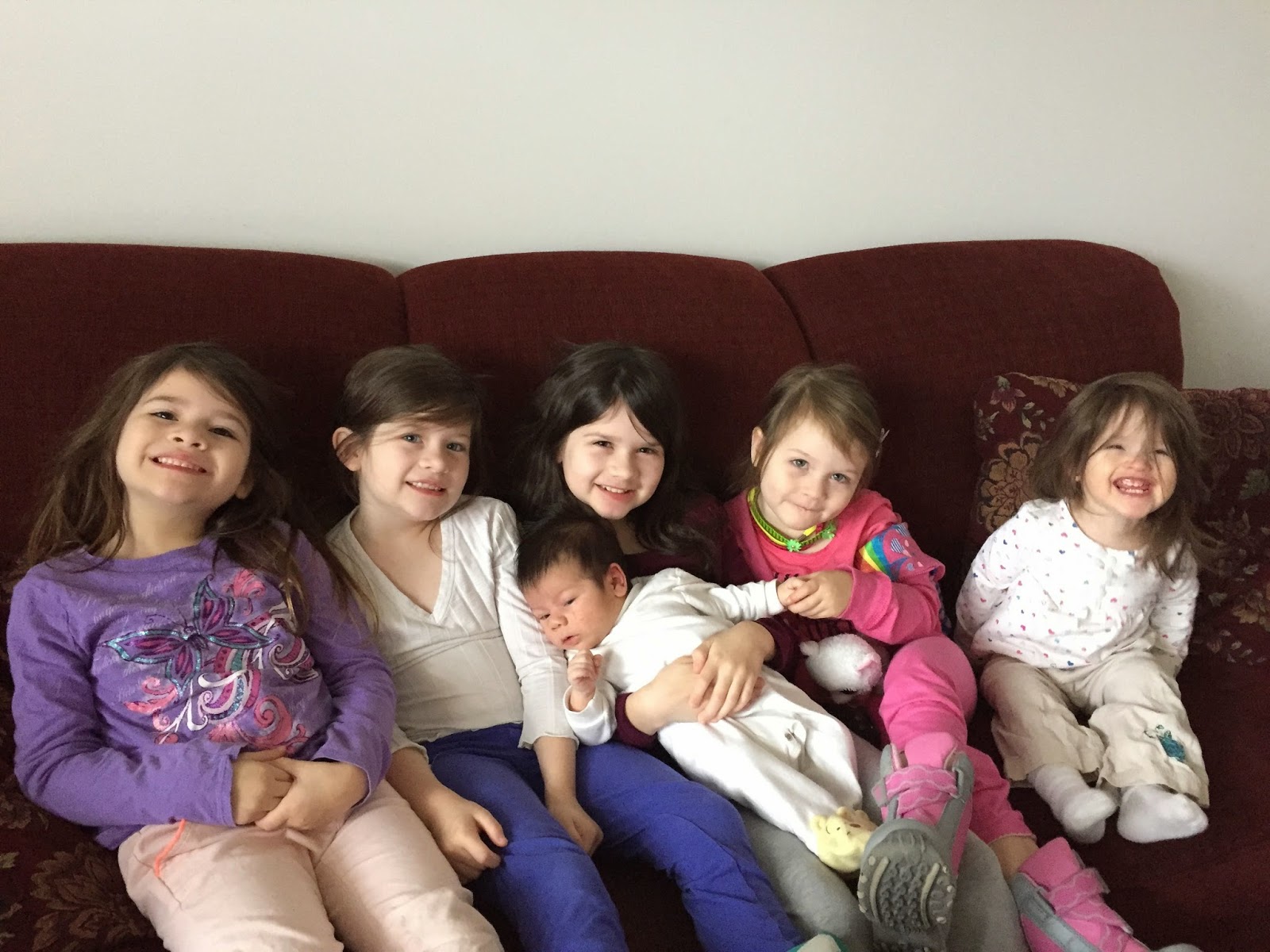 In November I finally got a picture of all six of my children. 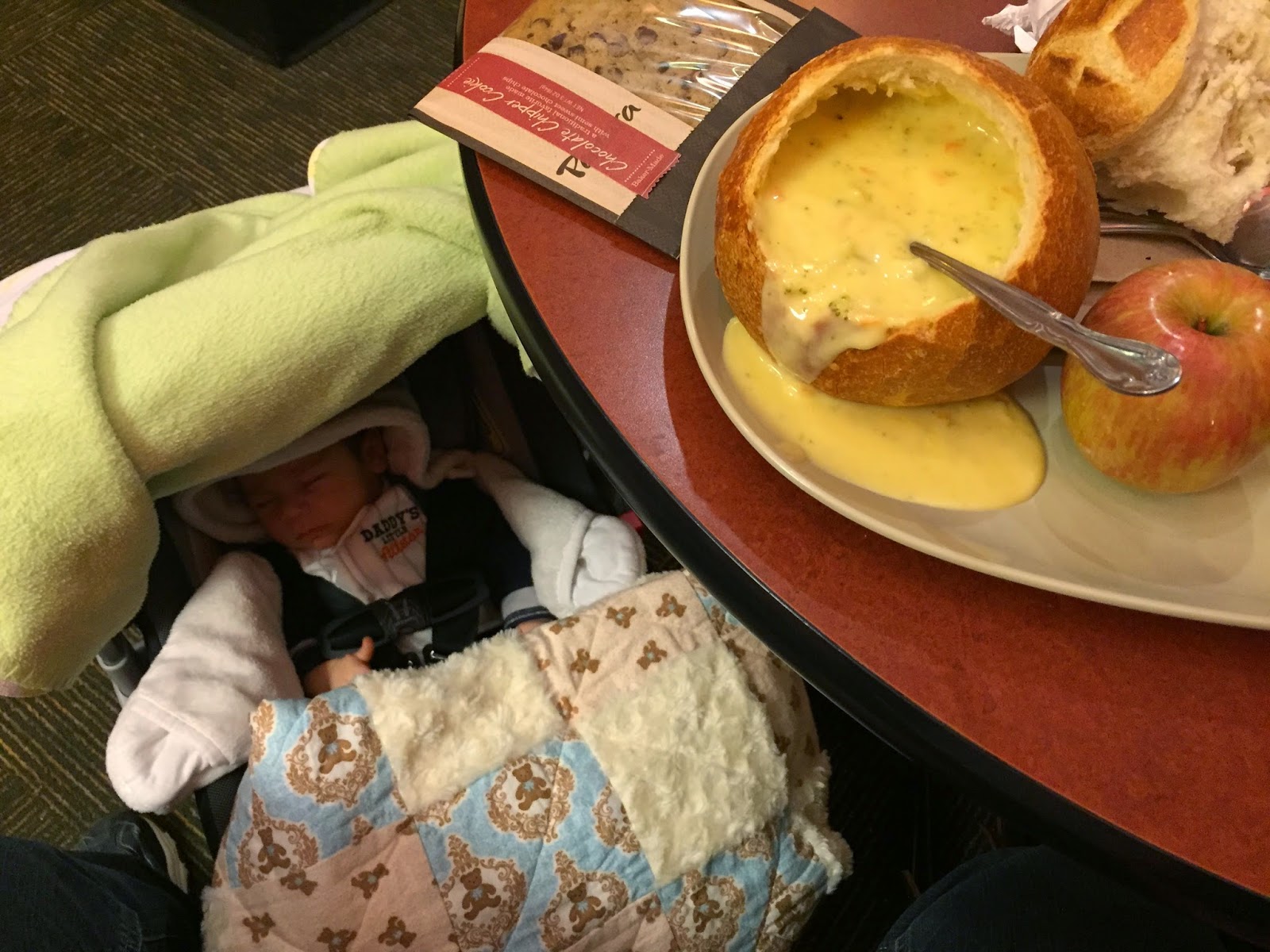 In December things have finally begun to slow down a bit and I even managed to get out by myself for a bit with Thomas.

Posted by Katherine at 8:56 PM