Sunday we all went to Mass, for the first time all together since Ash Wednesday, had lunch at Chilis as a belated celebration for St. Felicity's Feast Day (we were not up for Chilis just coming off the plague on March 7th) and taught Cecilia to ride her bike, but since learning to ride a bike was its own post, I'm just jumping into Monday. 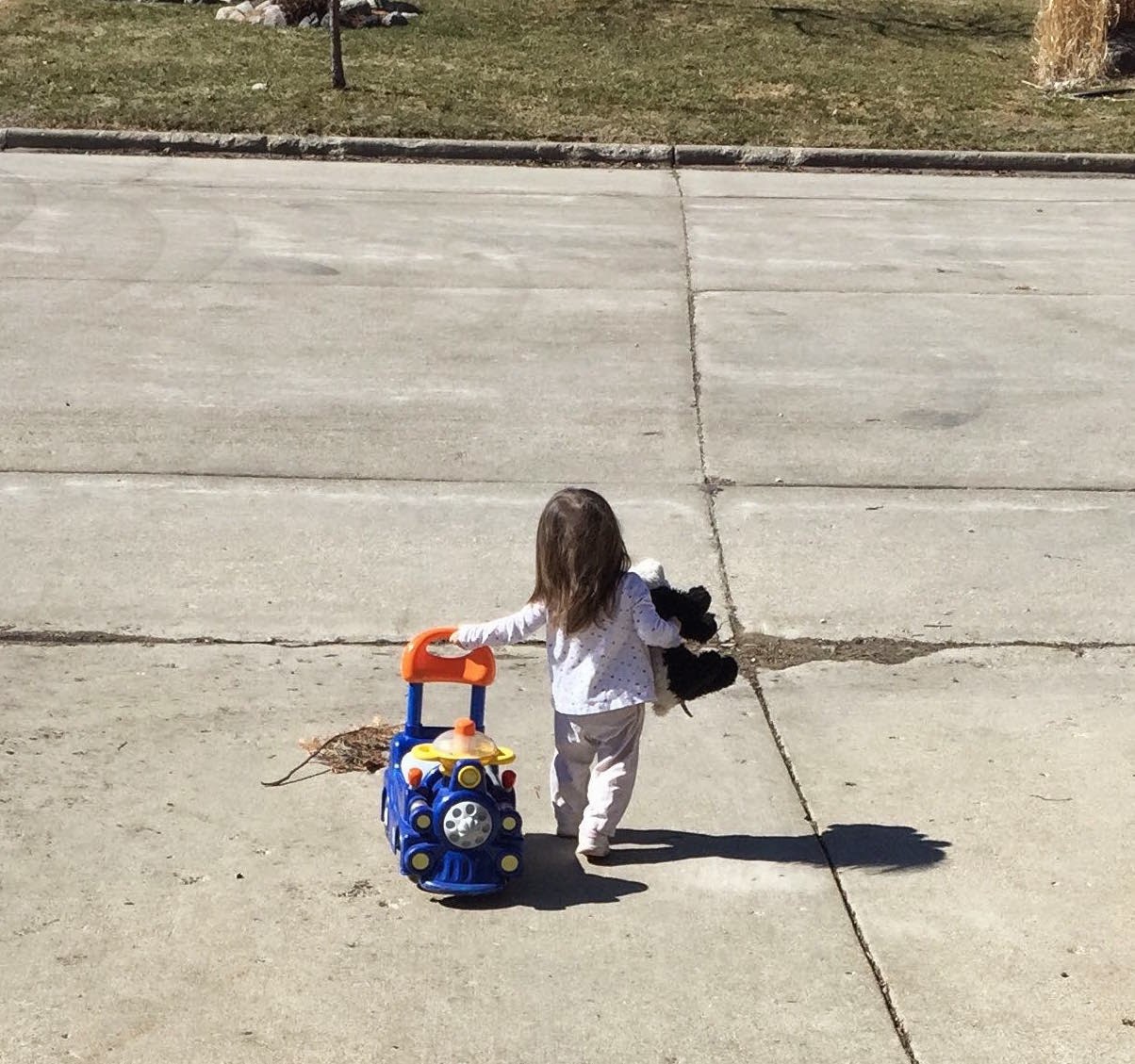 Monday, March 16th
Monday was crazy busy. We had gym class, which went well except when Teresa tried to wander out of the building into the parking lot. After Chick Fil-A for lunch, we all went outside for some bike riding and Felicity learned to ride her bike without training wheels.
For a break, we did history and went over a bit about the Cold War, the Space Race and the Cuban Missile Crisis. Cecilia did her geography and all three girls did their handwriting before heading back outside for more bike riding. 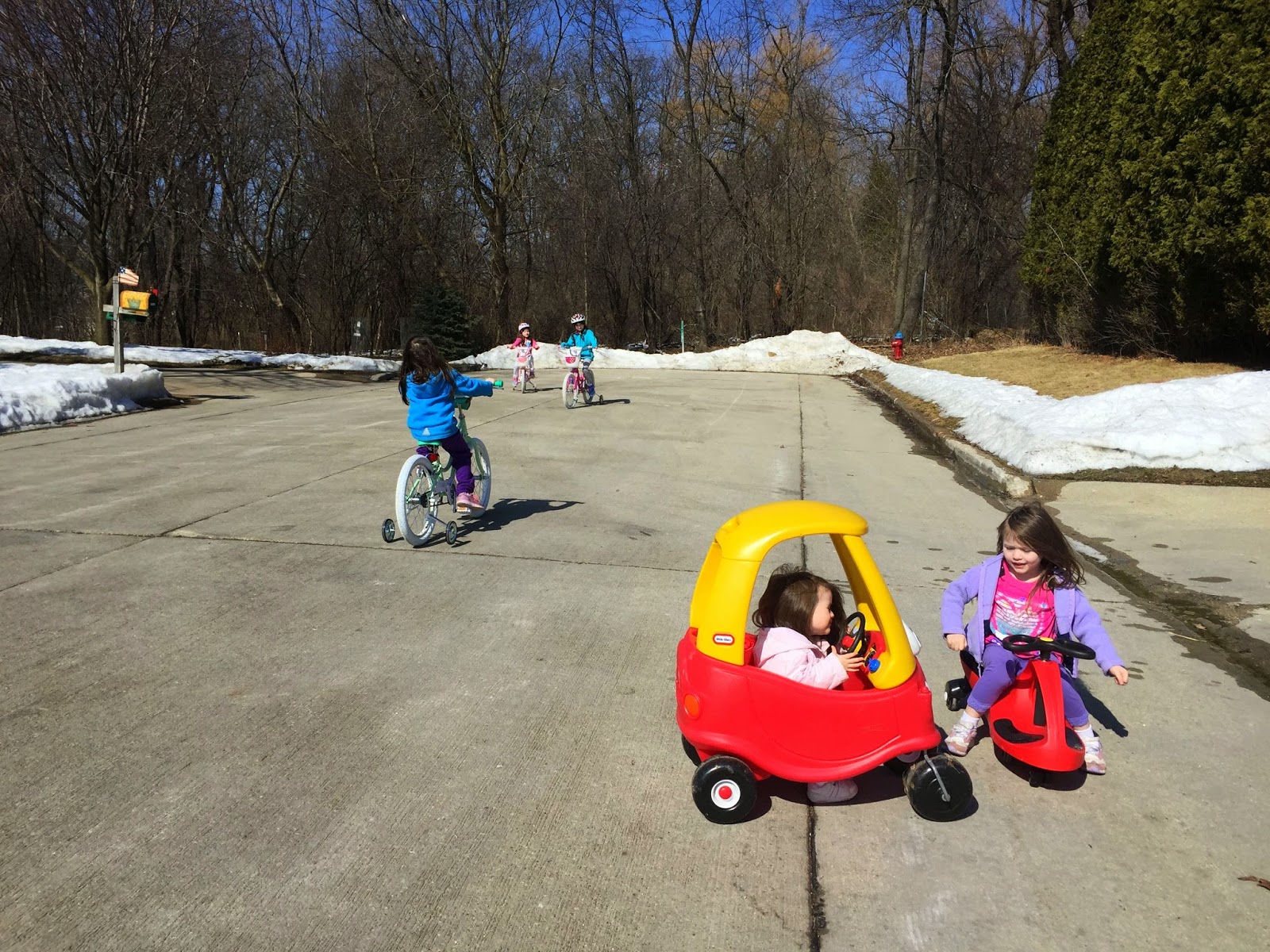 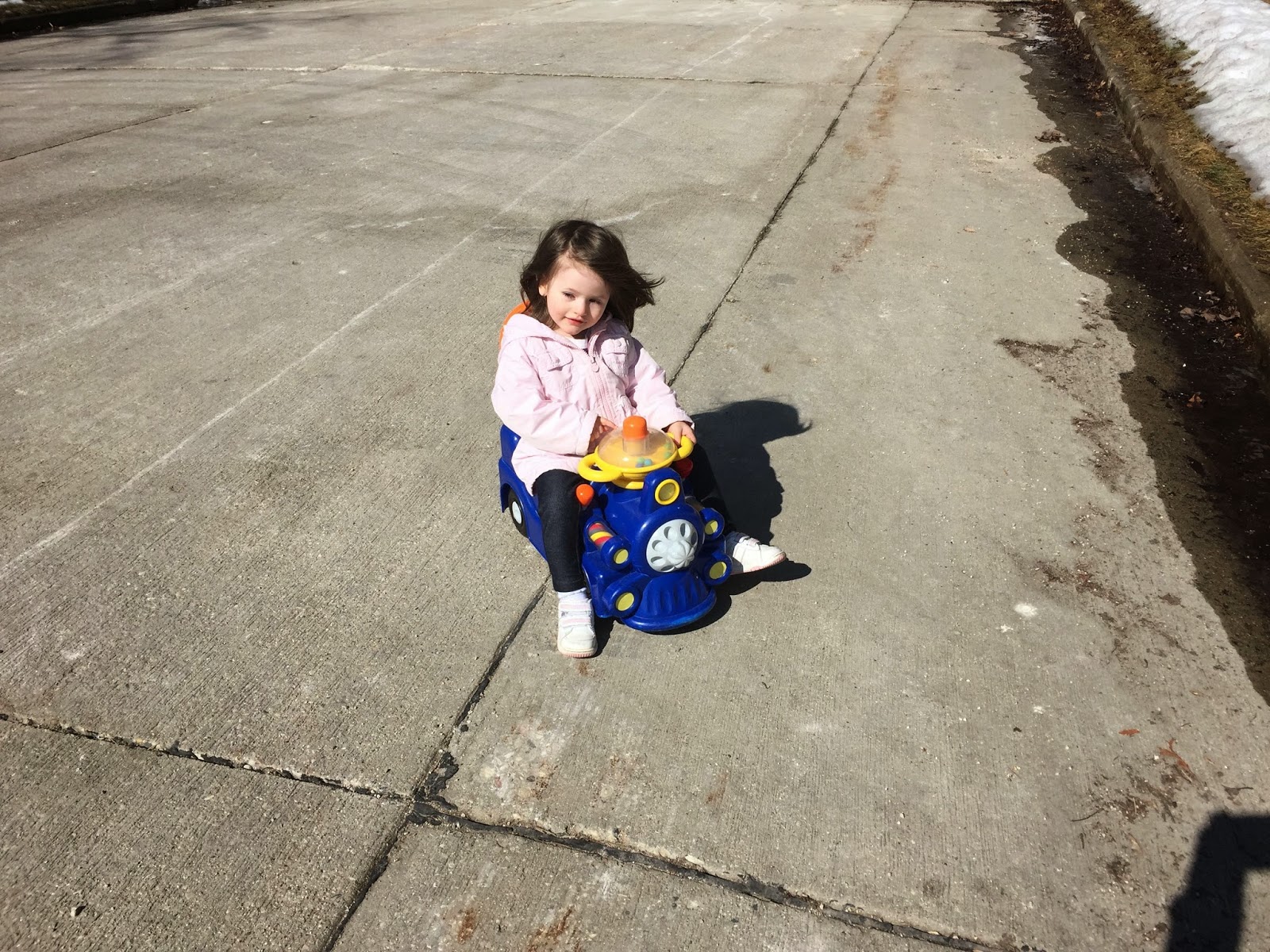 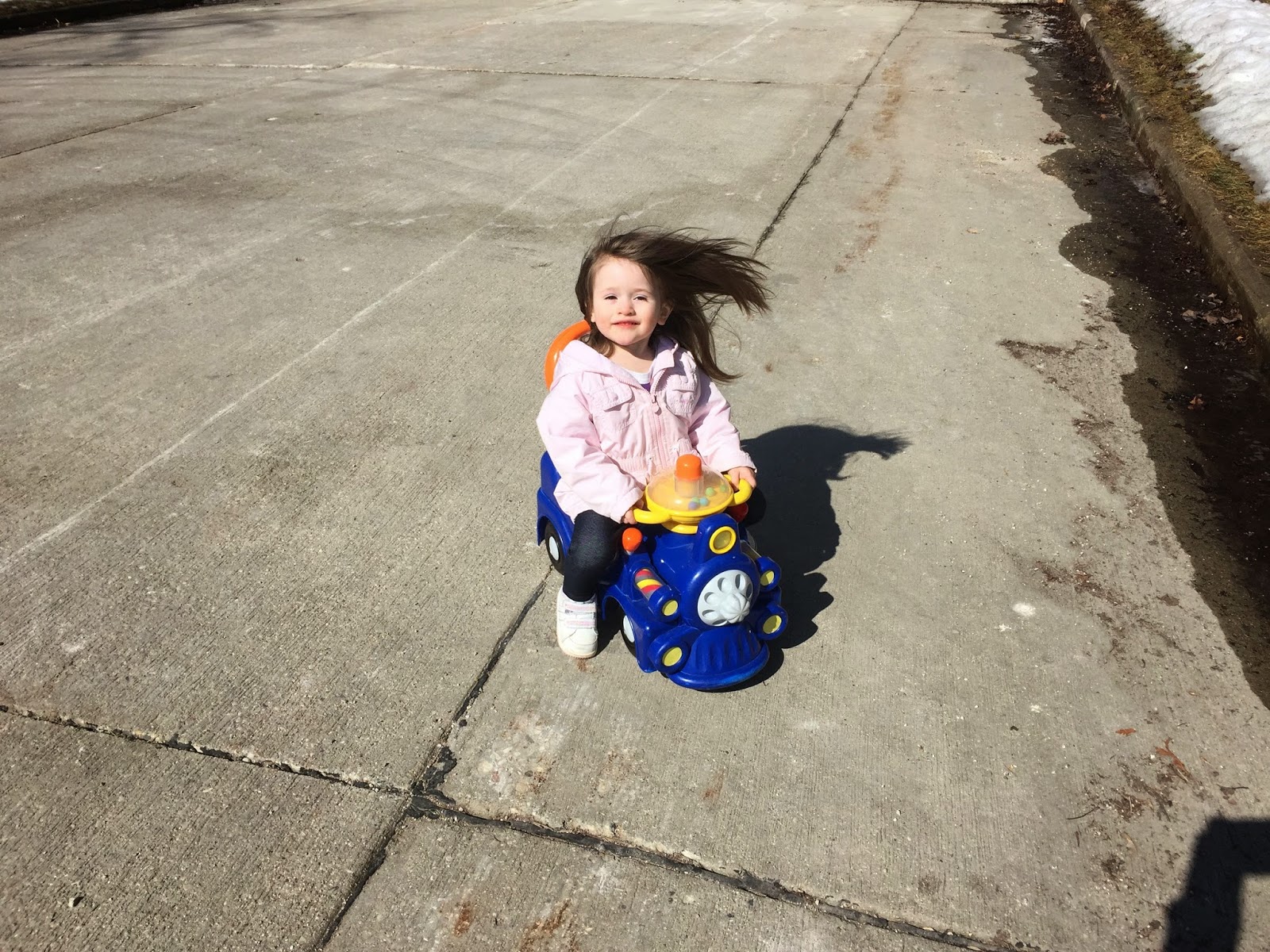 Then I took the oldest three plus Thomas to our AHG meeting where Cecilia and Felicity learned about service dogs and got to meet Pepper, a poodle service dog for an autistic boy, and I led the Pathfinders learning about the Star Spangled Banner and the American flag. We made flags of popsicle sticks and glue, listened to The Star Spangled Banner and listened as I read aloud The Biggest (and Best) Flag That Ever Flew.


Tuesday, March 17th, St. Patrick's Day
Elizabeth and Felicity each did half their math and Cecilia did her English. Otherwise they made St. Patrick's Day mobiles, watched a video on St. Patrick and played outside some more. I made potato skins for lunch and beef stew for dinner, which the kids wouldn't eat but James and I enjoyed. Honestly, I was too tired to do much. I haven't sleep well in weeks and after Monday I just needed a day to recover. 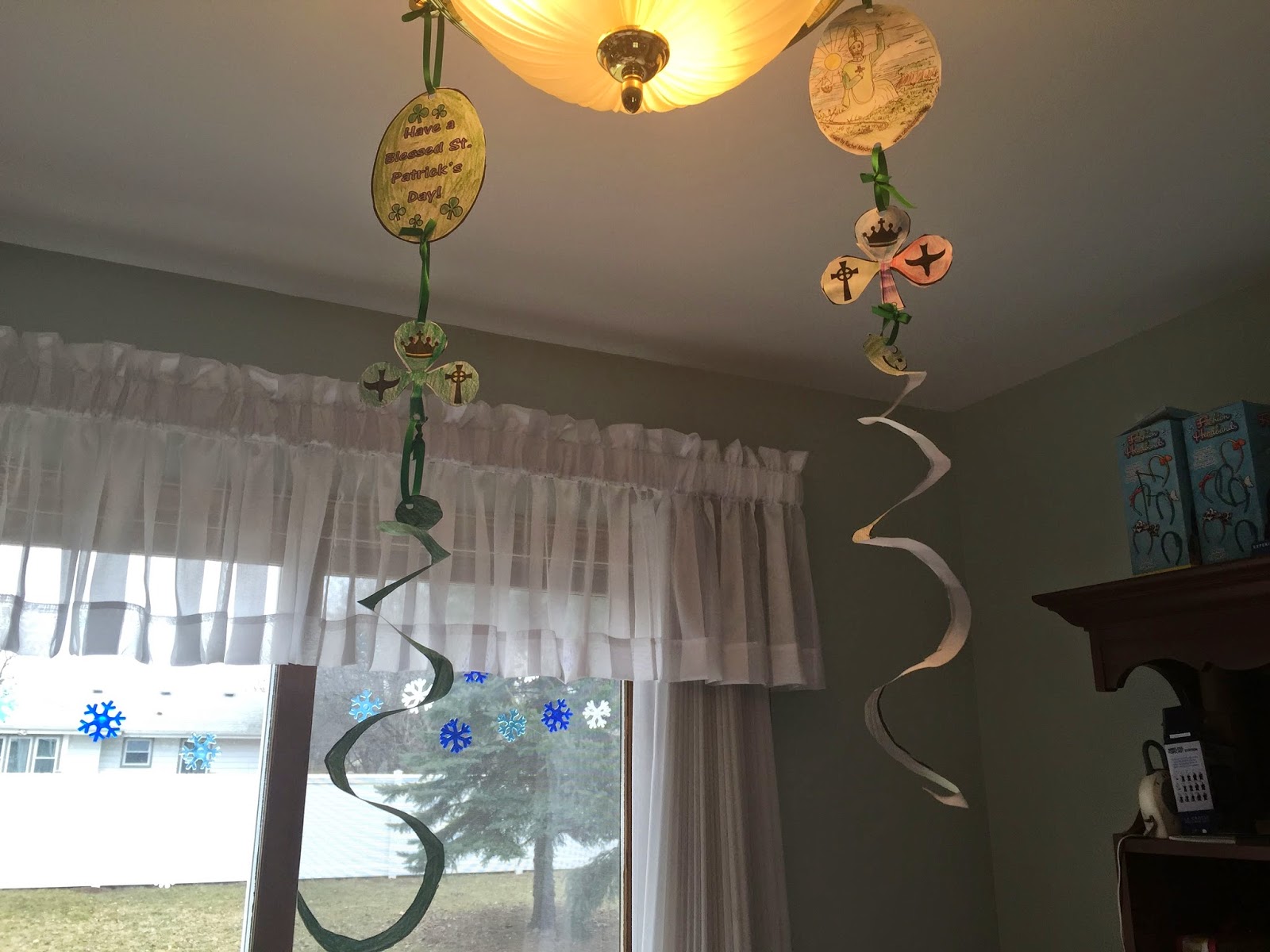 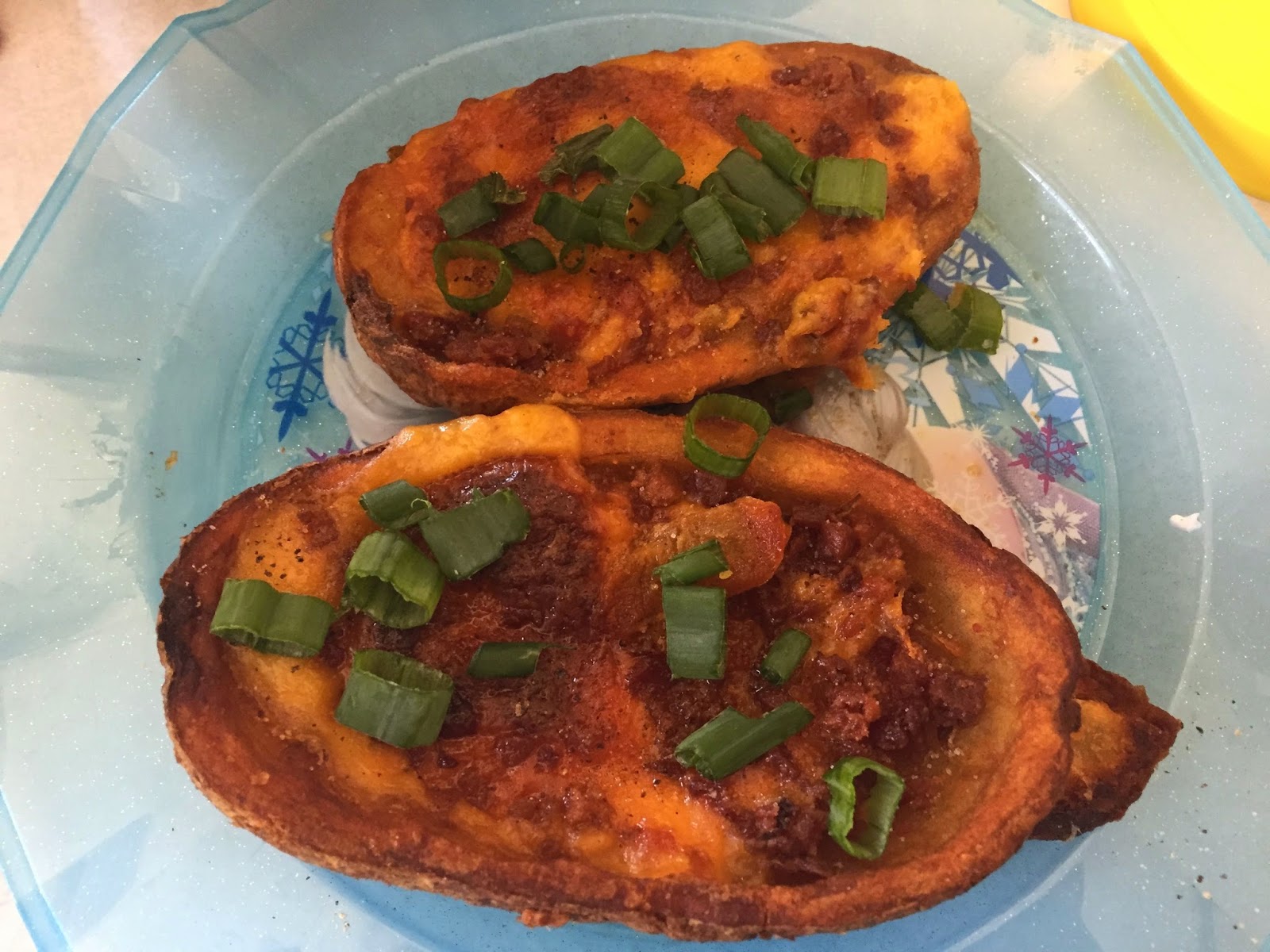 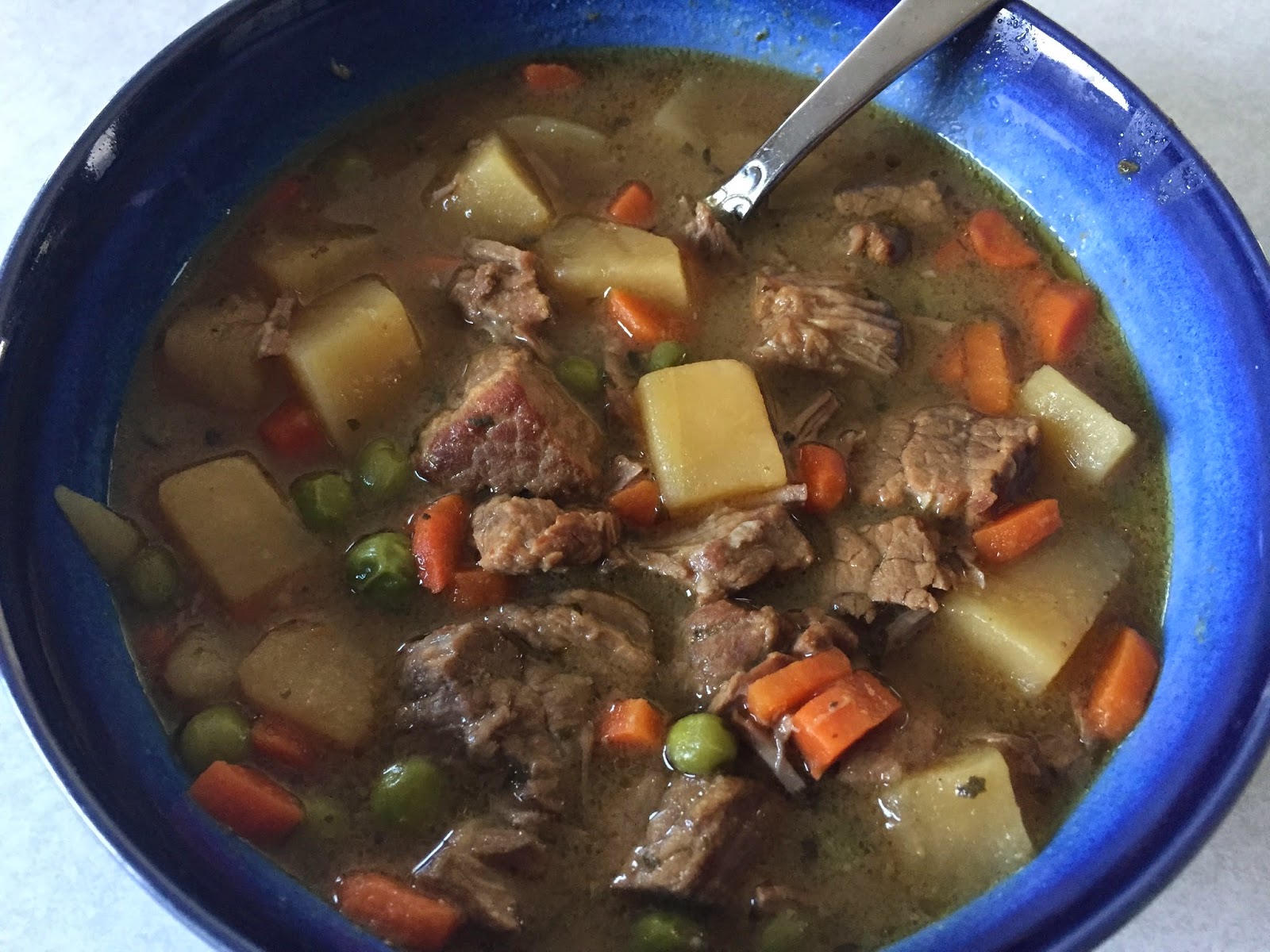 Wednesday, March 18th, St. Cyril of Jerusalem, Daddy's Birthday!
Felicity and Elizabeth both finished their math for the week and Cecilia did her spelling. We went to Red Robin to celebrate James' birthday.

After we got home, James took Teresa to her first appointment with a pediatric ophthalmologist. I began noticing in February that Teresa's left eye would occasionally drift inwards and not be aligned properly. We were hoping it was simply a lazy eye but it turned out a bit more complicated than that. Basically, her left eye has astigmatism, which is genetic, and it has been causing her eye to overwork trying to focus and thus become tired and turn inward compensating. So the doctor prescribed her glasses, which we are hoping will correct the problem. She will wear her glasses for 5-7 weeks and then get rechecked and if the glasses alone don't correct the problem, she will need to wear a patch for a while to see if that will do it. If that doesn't do it, surgery will become the last resort. 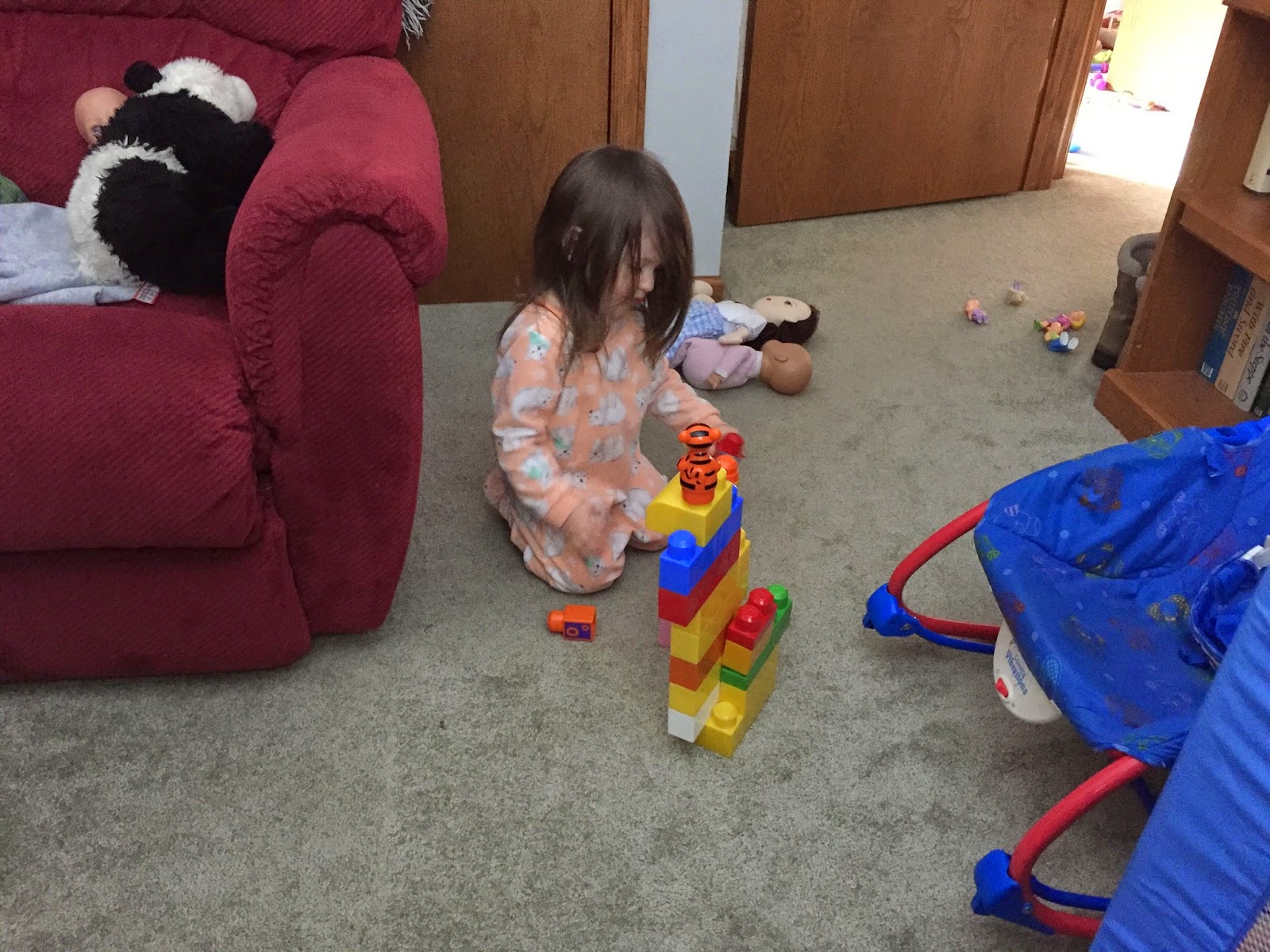 When James came home with Teresa, she wasn't very fond of doctors but was consoled with chocolate chip cookies and a small birthday cake for James. We sang happy birthday and James opened his presents before he had to head to work.
Thursday, March 19th, St. Joseph
Thursday I woke up to Cecilia feeling unwell. So she didn't get any school work done that morning. She rested. But Felicity and Elizabeth both did their Spelling.

Despite the cooler temperatures, the girls still tried to get out for a bit each day. I've put up a so many videos of Cecilia and Felicity... here are a couple of Brigid on her beloved train. In the first one, what she keeps saying is, "I see? I see? I see? I see!" She wants to see what I am filming.

In the afternoon I took Teresa to a local vision place to get fitted for her new glasses. She was so cute trying them on and she looked absolutely adorable with glasses. We are getting her the Miraflex frames and the works on her lenses both because we are hoping they will correct a problem so we want them to be as good as possible to give them their best shot and because this way they are warrantied for 2 years. She picked out a lavender frame. I'm really hoping they will be ready within the week or so.

Friday, March 20th
Cecilia did two math lessons and Felicity and Elizabeth did their English. 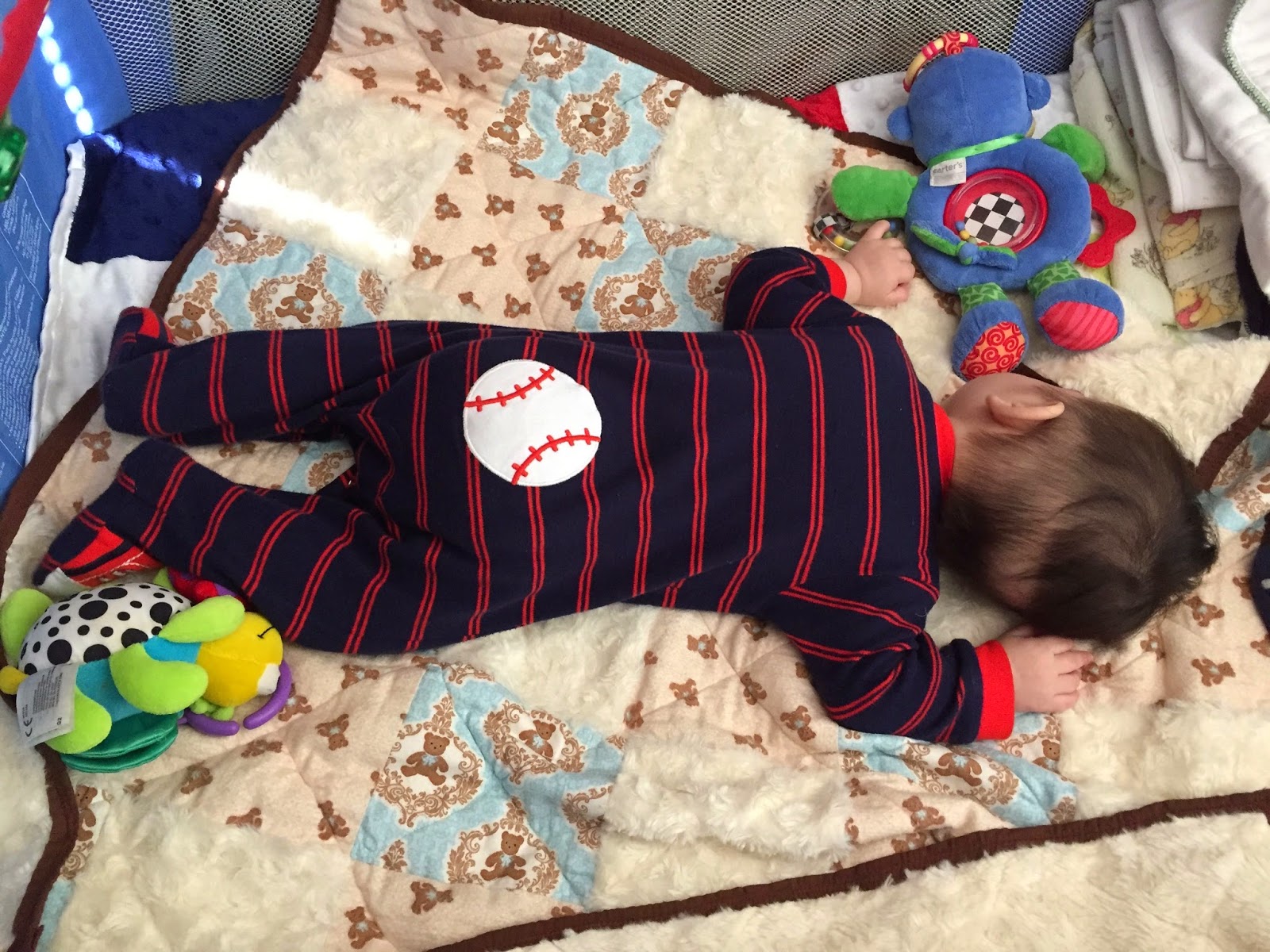 Thomas turned 5 months old. Recovering from the super-virus, I finally finished his rosary. (I make one for each child, usually while they are in the womb, but, well, last year I was fortunate just to know his name before he was born let alone much else.) His is made of tiger eye beads and his crucifix has the medal of St. Benedict in it. 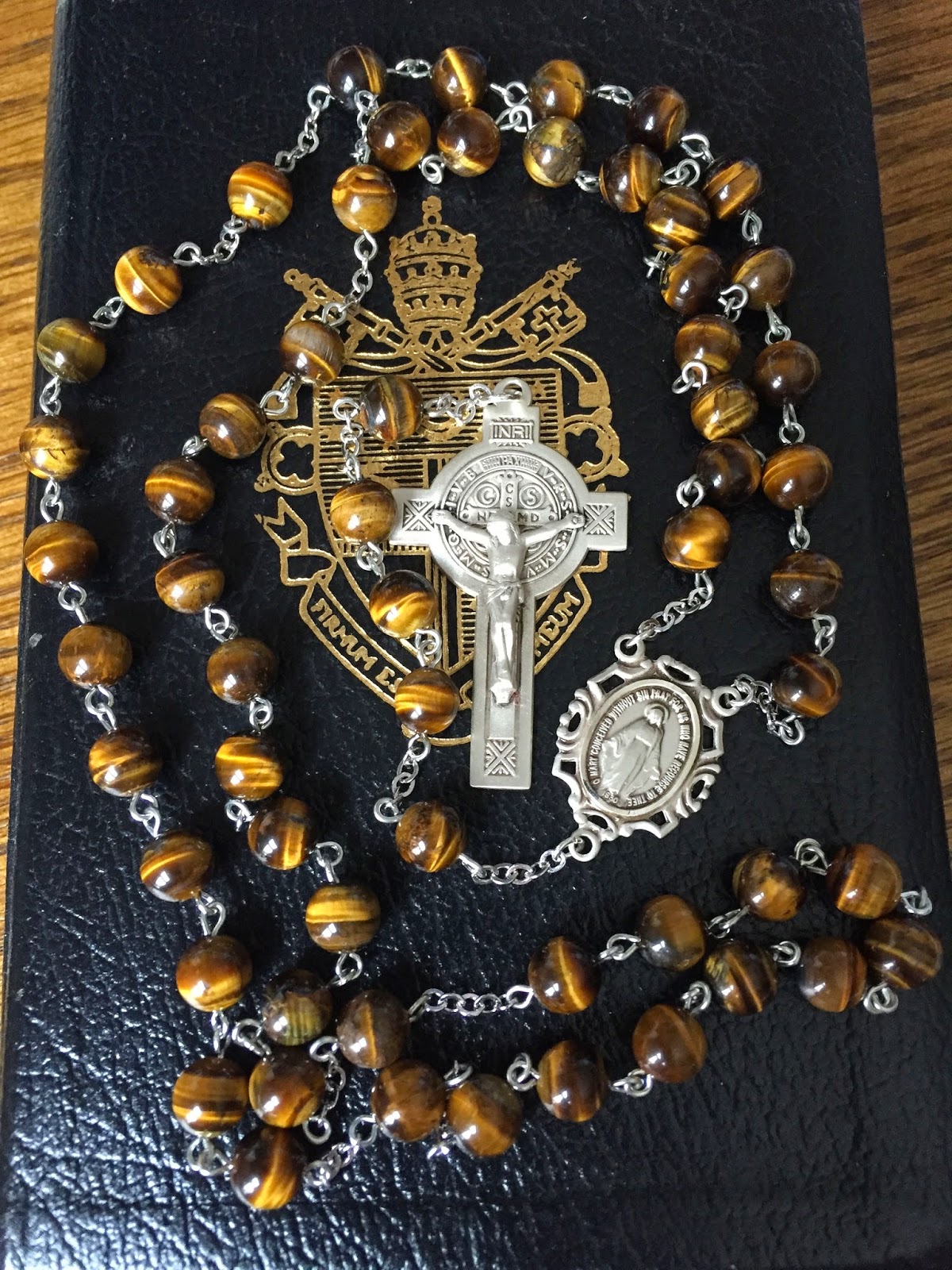 It was actually just within the last month or so that we received a card of congratulations packet from our governor. Standard to be sure, with a generic vaccination chart, but it was still nice to think our governor didn't view our son as a burden on the state but rather a welcome addition. 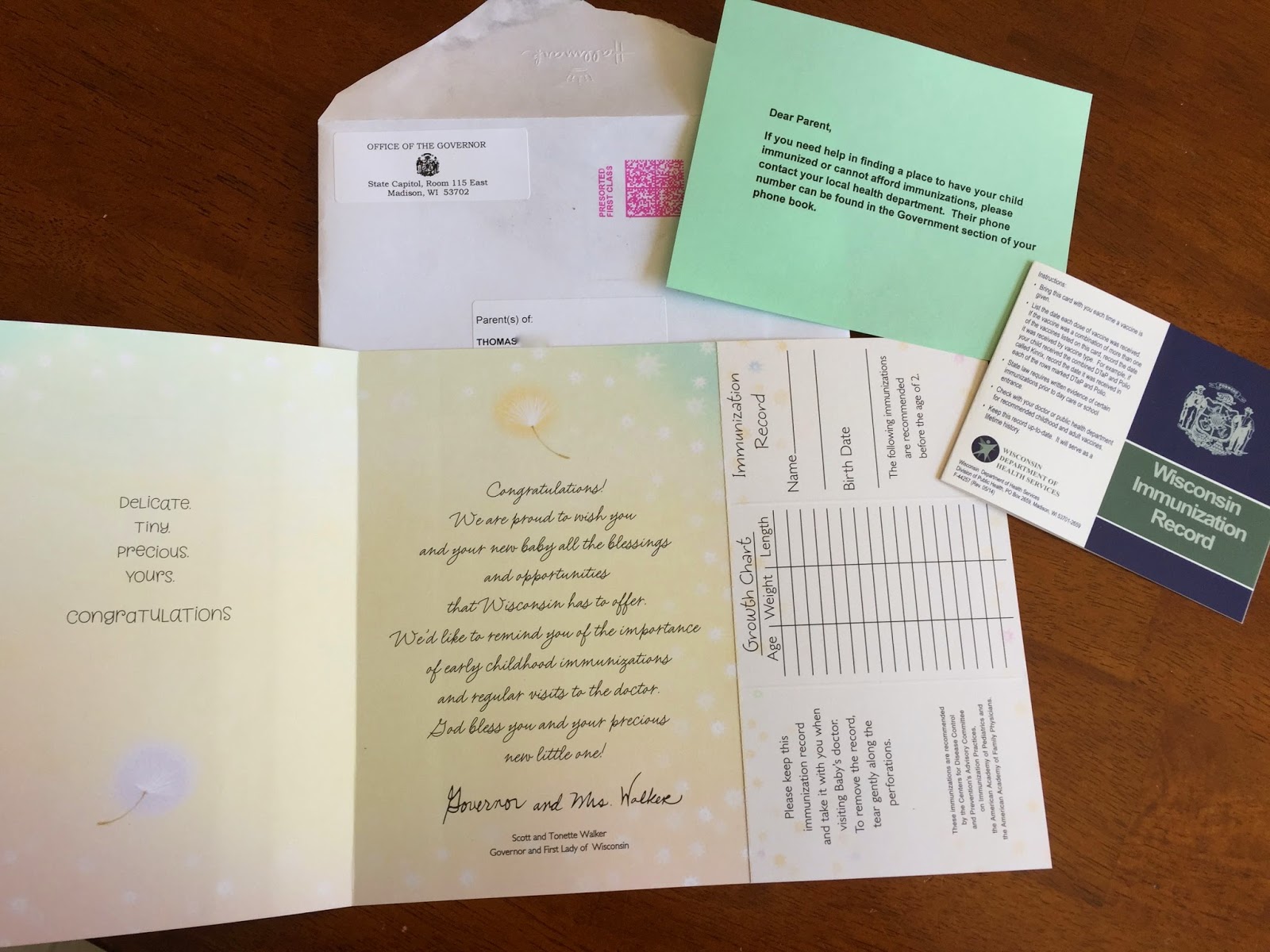 In honor of turning 5 months, Thomas decided he could get up on all fours and might as well begin rocking back and forth like this. As any seasoned parent knows, crawling is not far away. 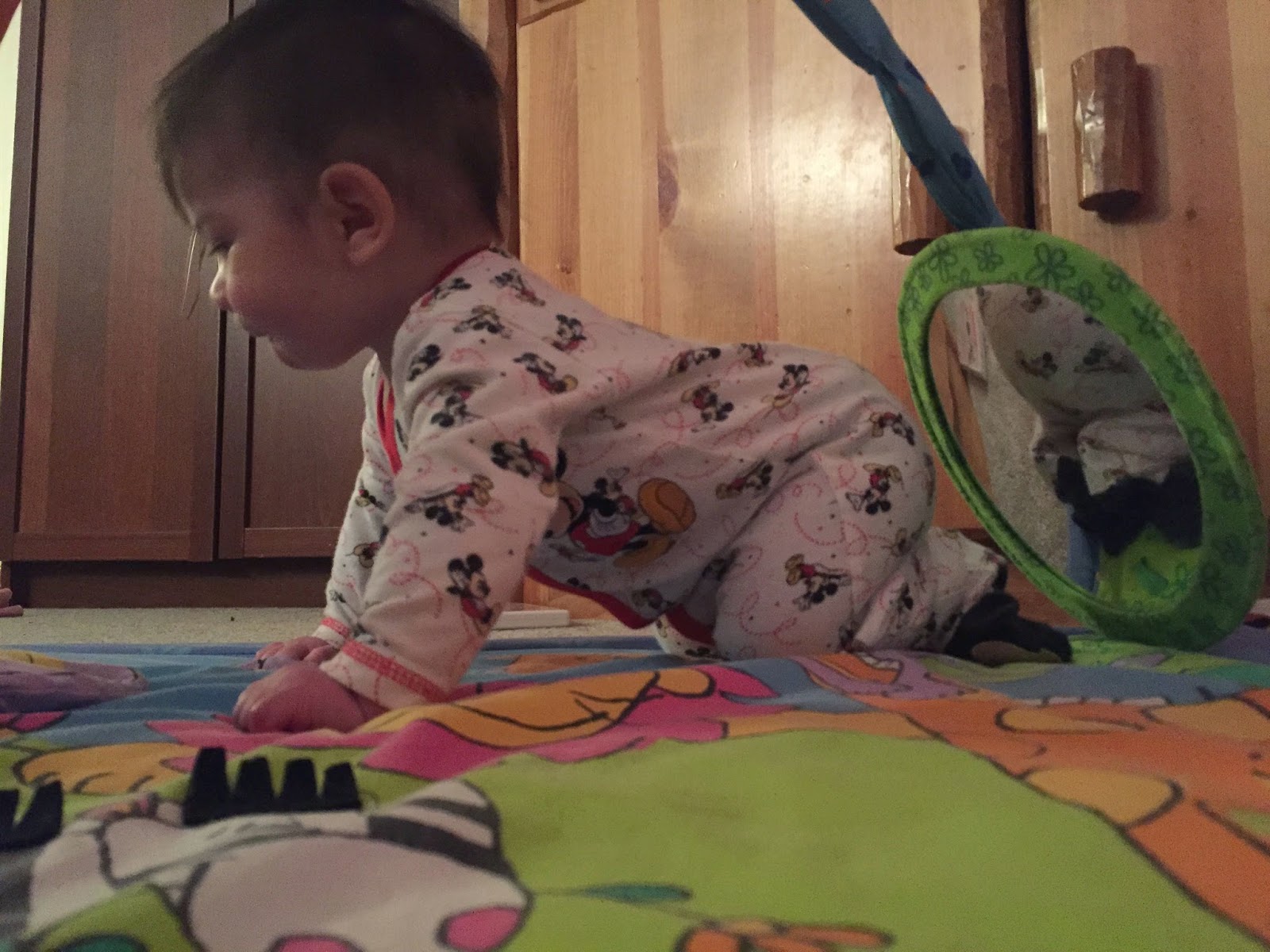 And he has been working on his giggles. We don't have a full blown belly laugh yet, but his giggles are contagious.

Saturday, March 21st
Per Elizabeth's request, I did take off her training wheels but, as I suspected, she is not yet ready, and I put them back on after a couple laps of trying.

I also went through the girls dresses and, now that Felicity and Elizabeth (who share a size) are up to bigger dresses, Teresa and Brigid do not need double wardrobes of dresses, so I siphoned out some and sold them to some local Catholic moms for their girls. (Brigid and Teresa had accumulated about 25 dresses each... it was nuts.) And I finally went around and measured all the girls' feet to see who needs new shoes.

And I think I figured out that, as long as Thomas' naps are reasonably timed and in his crib, he has shrunk down to 2 naps per day, and since I've figured that out, his nighttime has begun to improve. It isn't perfect yet, but it is getting there. I may sleep yet!

Posted by Katherine at 4:50 PM