Monday, April 27th
I was somewhat relieved not to need to go anywhere this Monday. We got a lot of school work done. Elizabeth did all 10 pages of her math for the week! Cecilia did her English, Geography and a Math lesson. Felicity got done Handwriting and half of her Math for the week. Unfortunately there were so many interruptions, snacks, etc. that we didn't finish until around 1pm, much later than we usually do.
Cecilia helped sort all the dirty laundry, cleaned up her room and the hallways for an hour of playtime on Minecraft while Felicity, Elizabeth, Brigid and Teresa ping-pongee playing outside and inside. I scored a shower! :) I also registered us with the city so I can sign the girls up for sports and activities. Then I planned our next AHG Pathfinder meeting and sent 3 emails on the subject.
Tuesday, April 28th, St. Louis Marie de Montfort
On the one hand, I have to wonder if God caused the big diaper blowout to force me to give Thomas his much-needed bath I've been meaning to give him for days. On the other hand, I'm grateful I didn't bathe him before his blow out. Regardless though, Tuesday began after Thomas slept a glorious 6 1/2 straight hours during the night to a much needed bath.
Elizabeth did her spelling. Cecilia did a math lesson and her handwriting, which was writing a letter to her new favorite friend in Wisconsin. And Felicity finished her math for the week. It was so gorgeous outside Teresa and Brigid spent most of the morning in the back yard playing with play-doh. The afternoon was mainly reading, playing and then swimming lessons.

Wednesday, April 29th, St. Catherine of Siena
Elizabeth finished her English and handwriting, Cecilia finished her spelling and all her math for the week, and Felicity finished her english and spelling. So we finished all our bookwork for the week by Wednesday, which was really nice. In the afternoon we did a religion lesson on the Eucharist and the Mass. While much of it was review for Cecilia, it was really good to go through it all for Felicity. Felicity will be receiving her First Holy Communion in June and so we have been going over what the Mass is, the parts of it, what the sacrifice of the Mass is, what transubstantiation is, what the Eucharist is and the proper way to receive it.

Thursday, April 30th, St. Pius V
In the morning we did another religion lesson to catch up on our schedule. This one focused on original sin, actual sin, conscience, and mortal and venial sins. Cecilia remembered most of it and enjoyed helping lead the lesson but it was again very good to go through it for Felicity before she receives her First Reconciliation. Then, as a belated feast day treat for me, we went to Cracker Barrel for lunch and enjoyed a yummy meal without buying anything from the store and with only one rude comment about our kids! (When one man saw our five girls and then the baby, he asked if the baby was a boy or girl and when I said boy, he said, "Thank God, right?" Perhaps they should offer classes in high school for those without filters. It could be called Tact 101!)
Anyway, that afternoon, Thomas figured out how to maneuver on the linoleum. 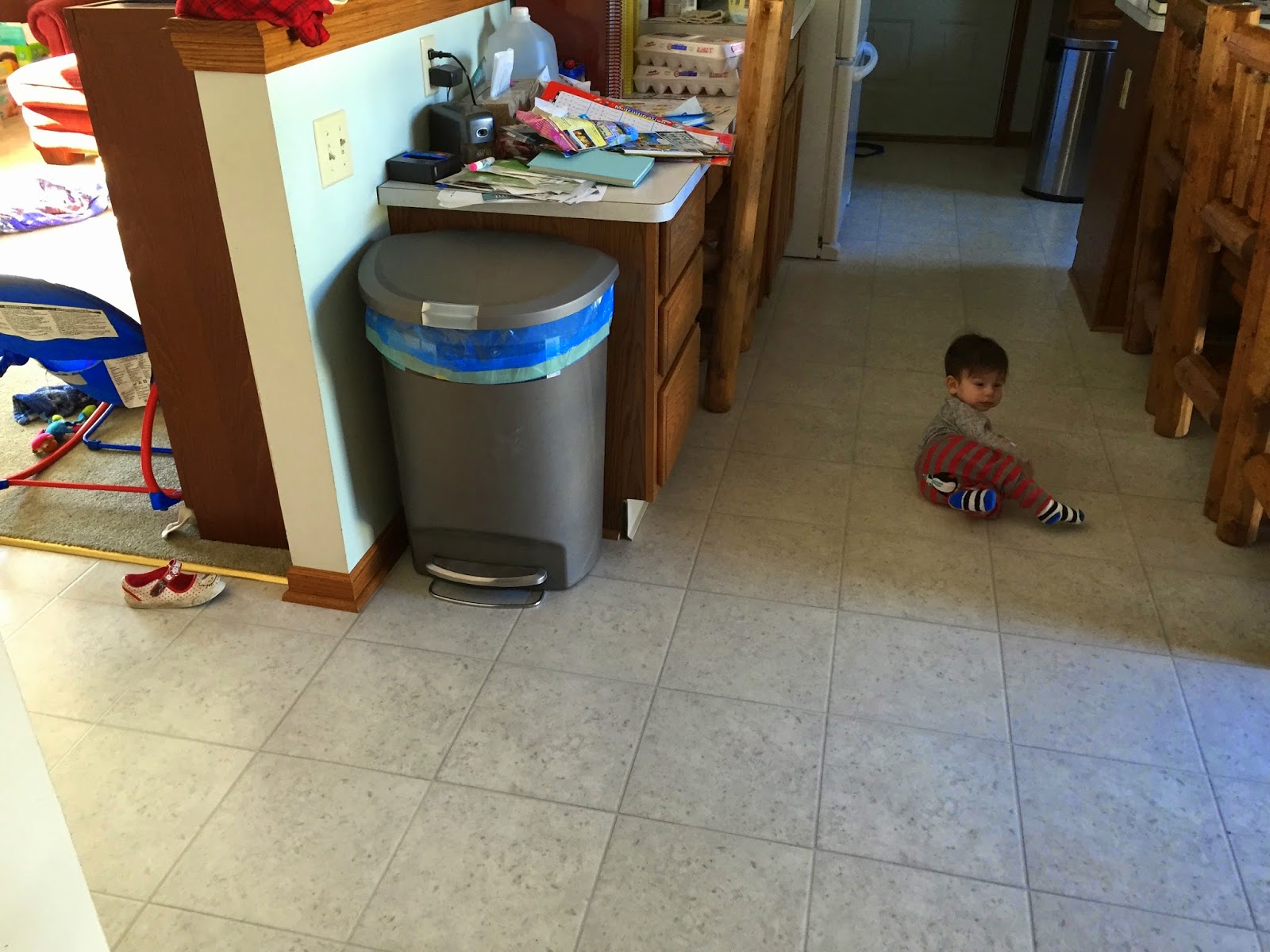 This basically means the entire first floor is open to Thomas. 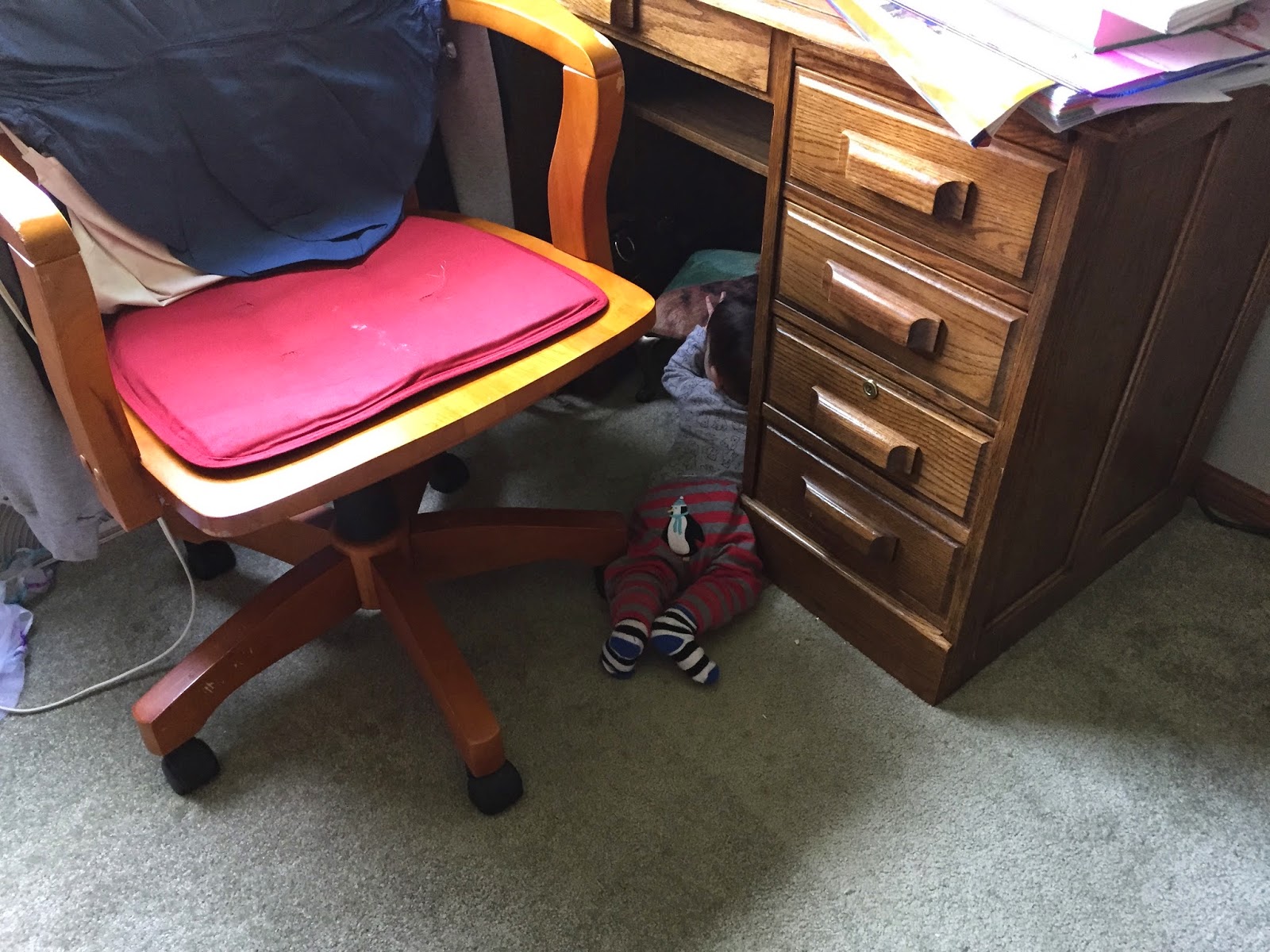 So I spent the rest of the afternoon vacuuming, sweeping and sorting through lost game board pieces, missing puzzle pieces and other infant hazards.

Friday was crazy busy but in a good way. First we went to the library for some reading, playing, coloring and crafting. 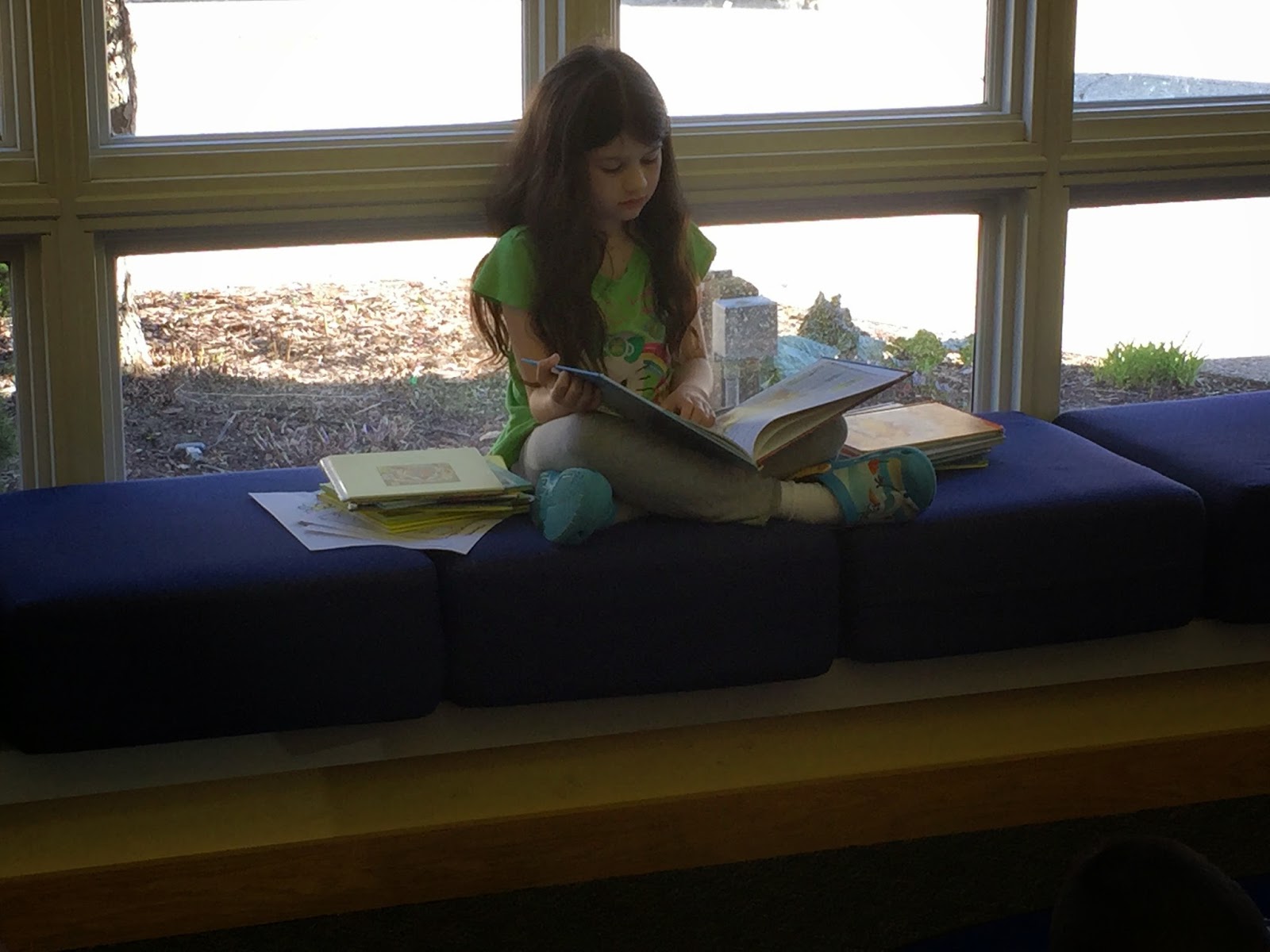 Even Thomas got to crawl around some. 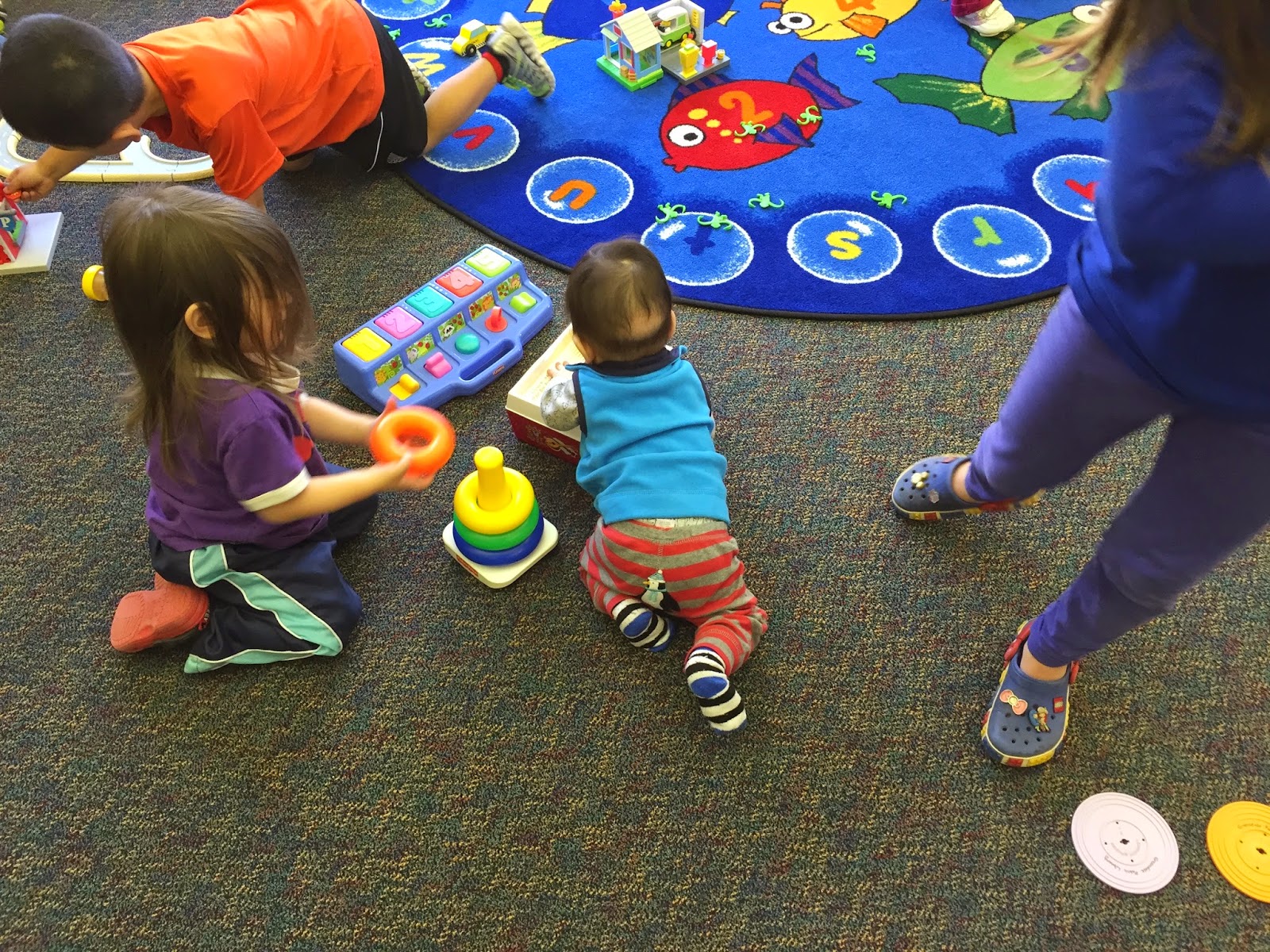 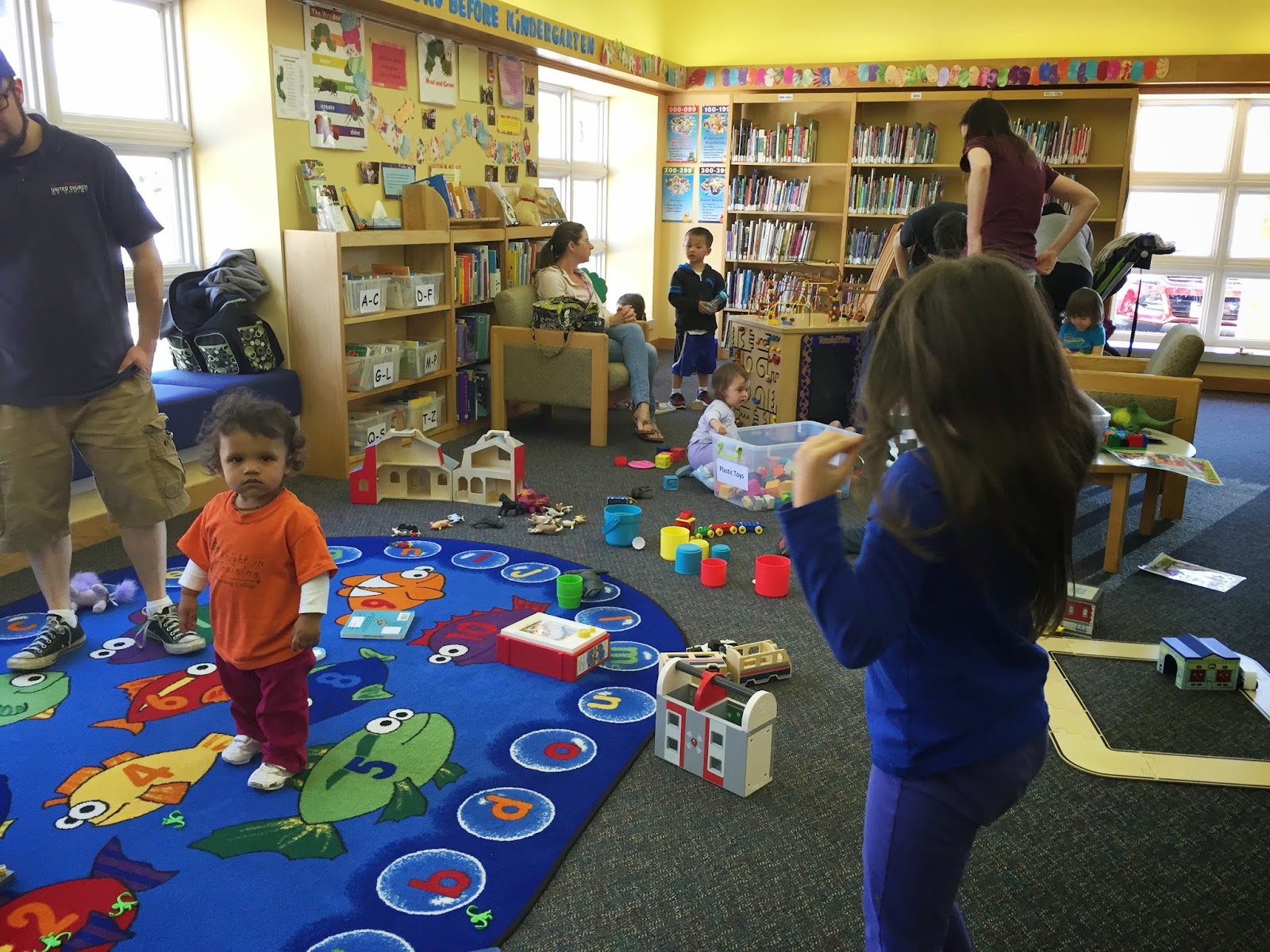 And the crafts they made were these cute paint/glue/glitter pictures based on the book Owl Babies. 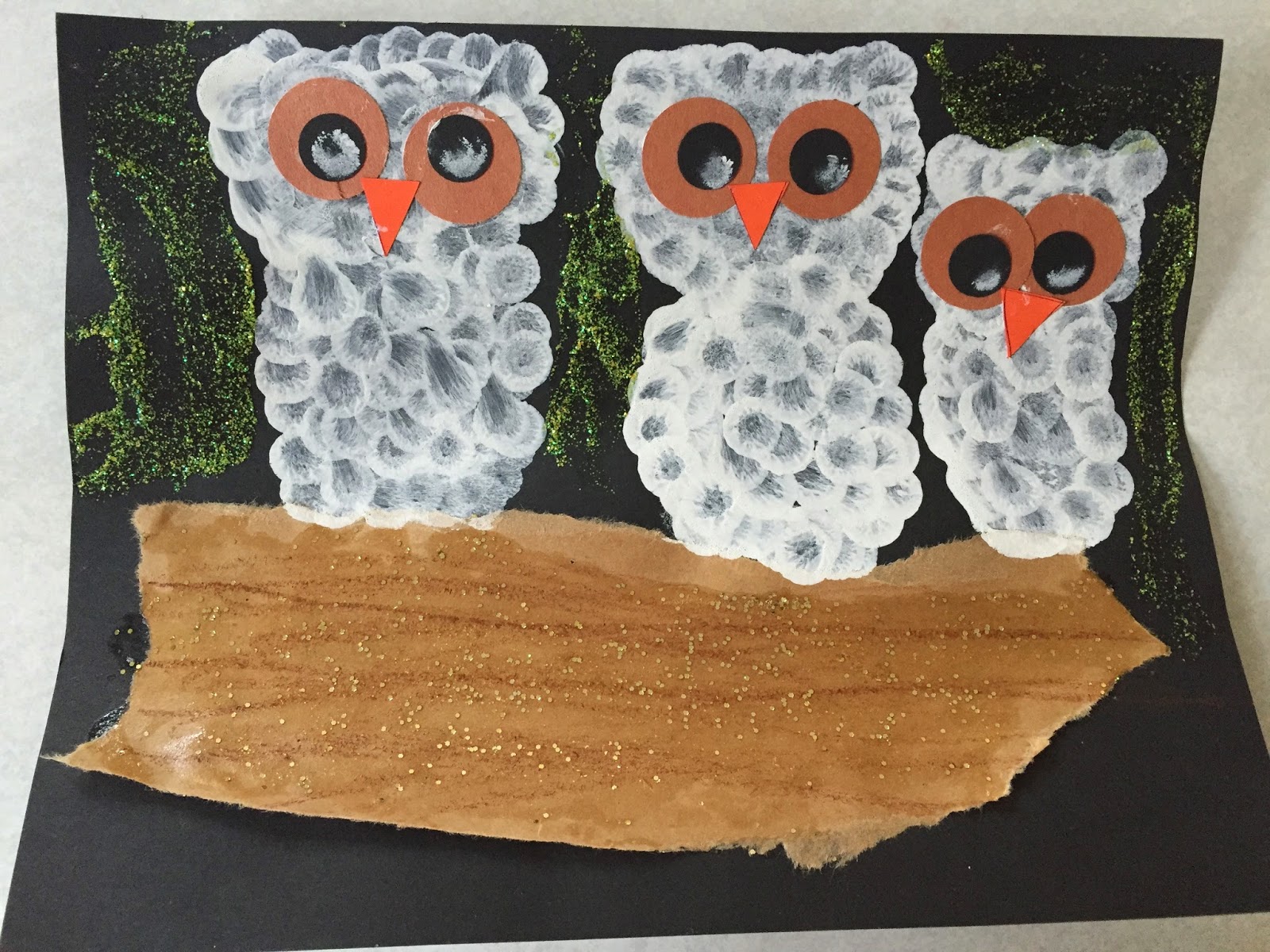 And I even got to chat with other Catholic moms! Afterwards we crossed the street for some fun at a playground. It was a nice one but it was warmer than I had anticipated and I was struggling to keep up with all the kids. They all either wanted me to watch them do something or help them do something and Thomas was getting hot, tired and cranky. But they had fun while we were there. Brigid especially fell in love with a bouncy chipmunk (though we had quite the debate over just what animal it was and raccoon, dog, squirrel and other possibilities were thrown out). 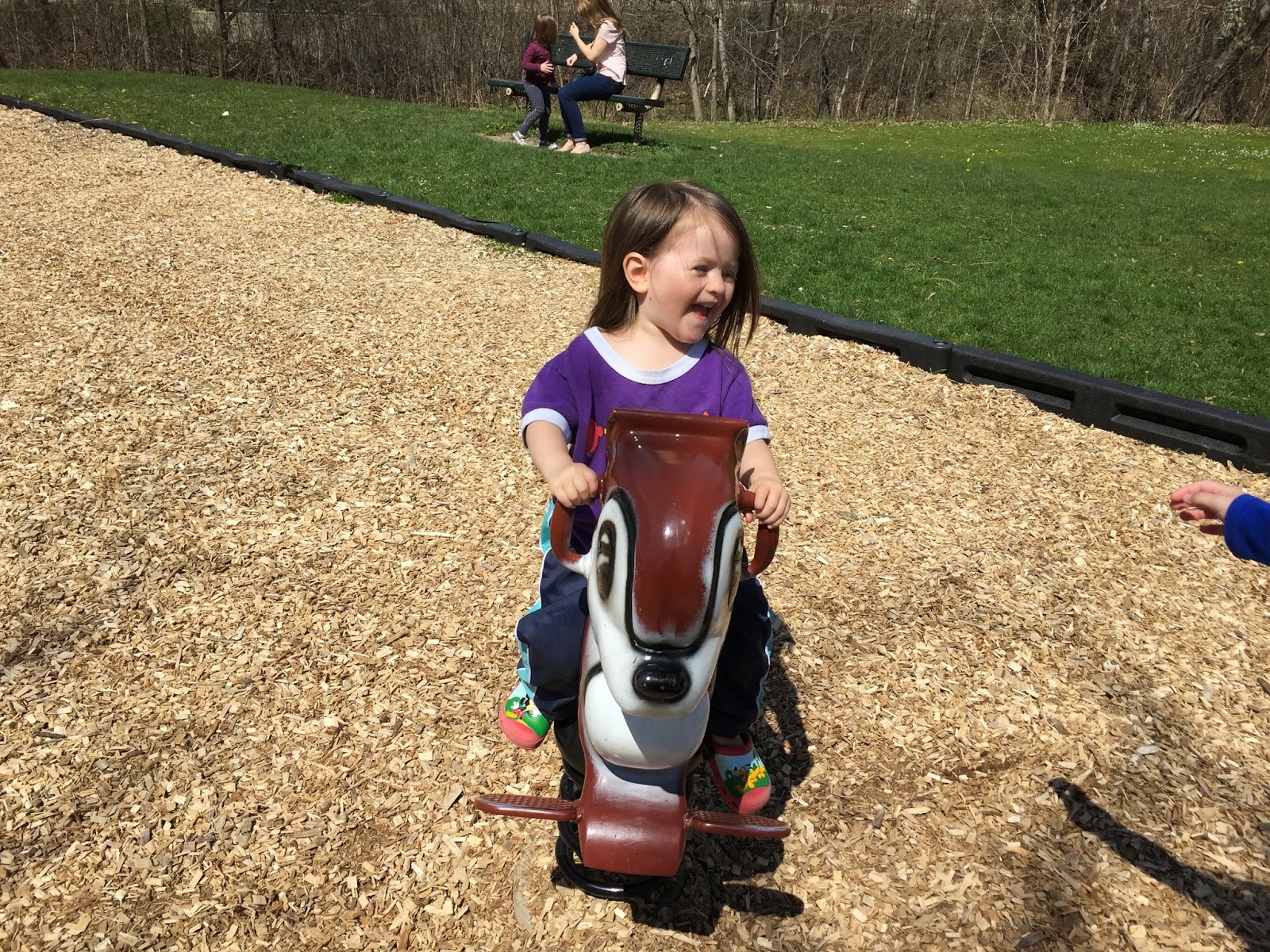 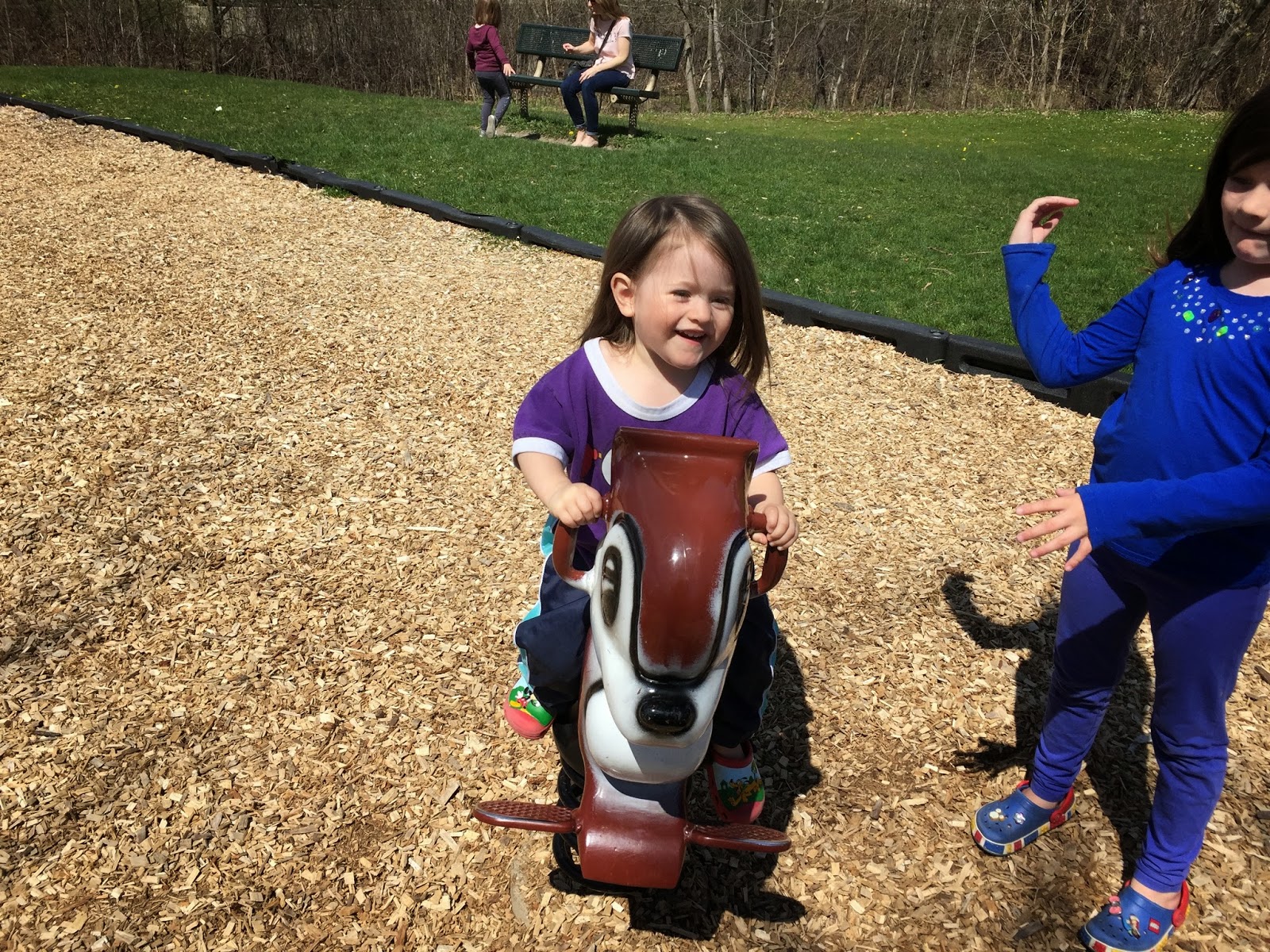 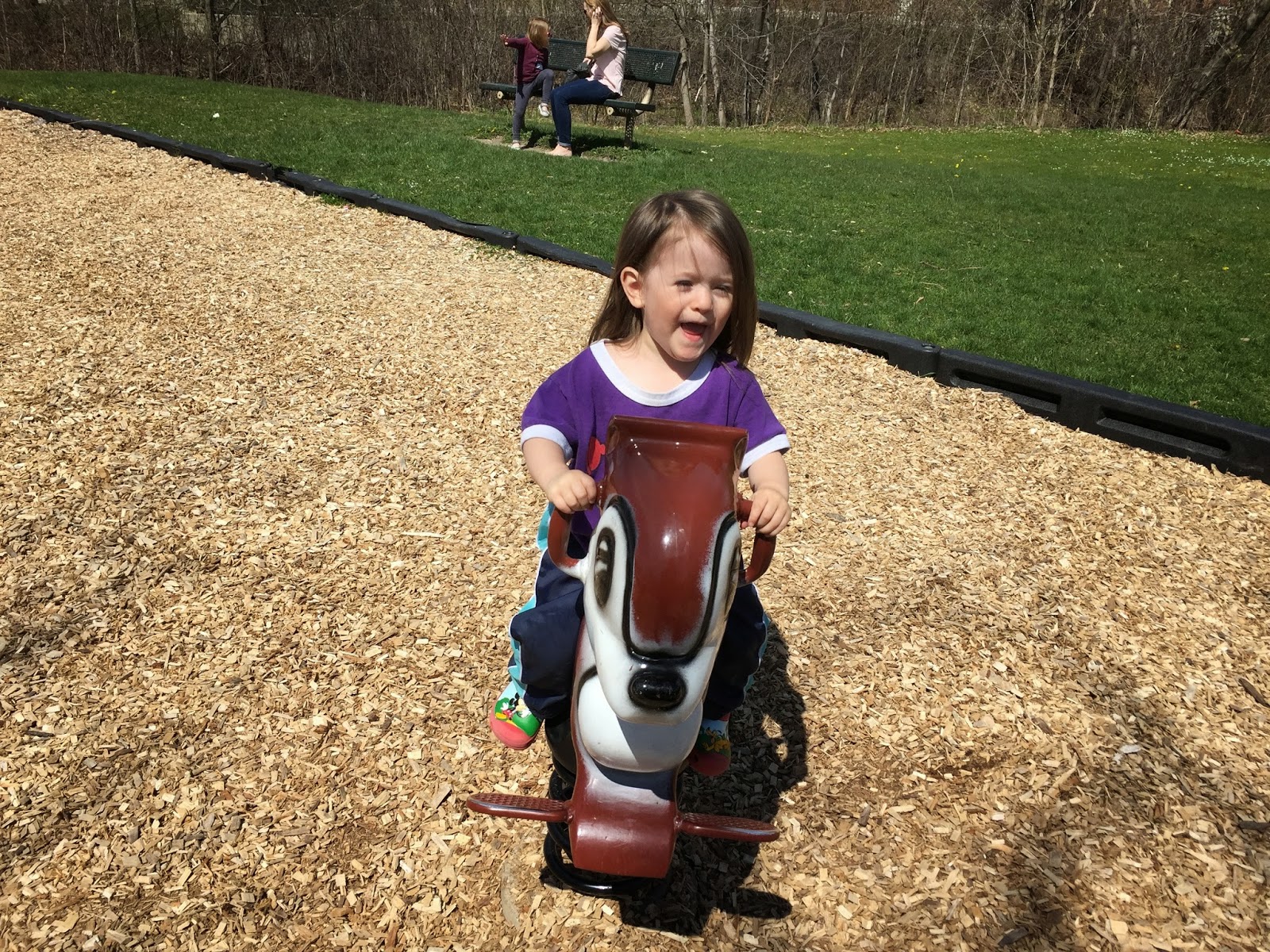 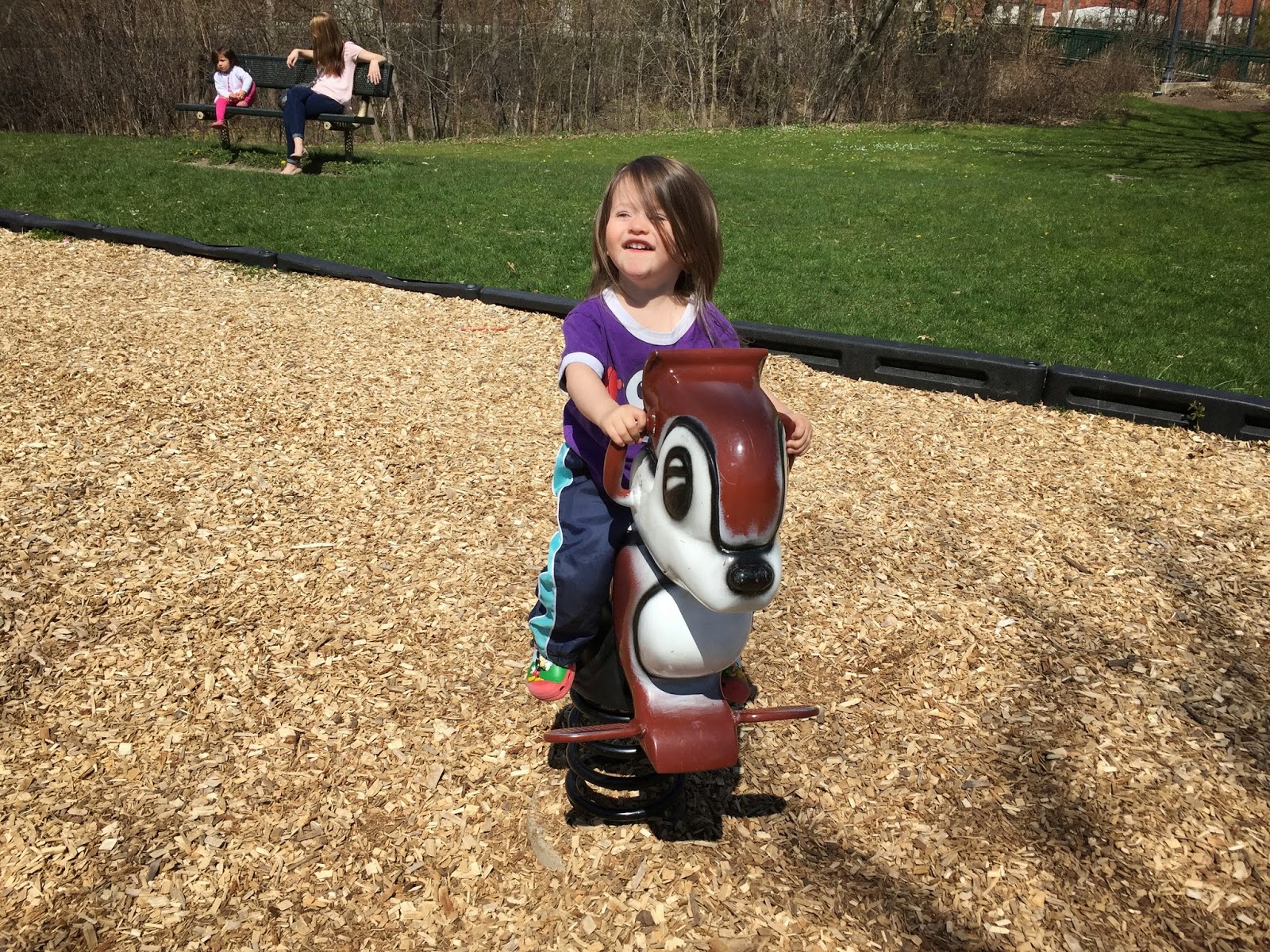 And Thomas went for his first swing ride! 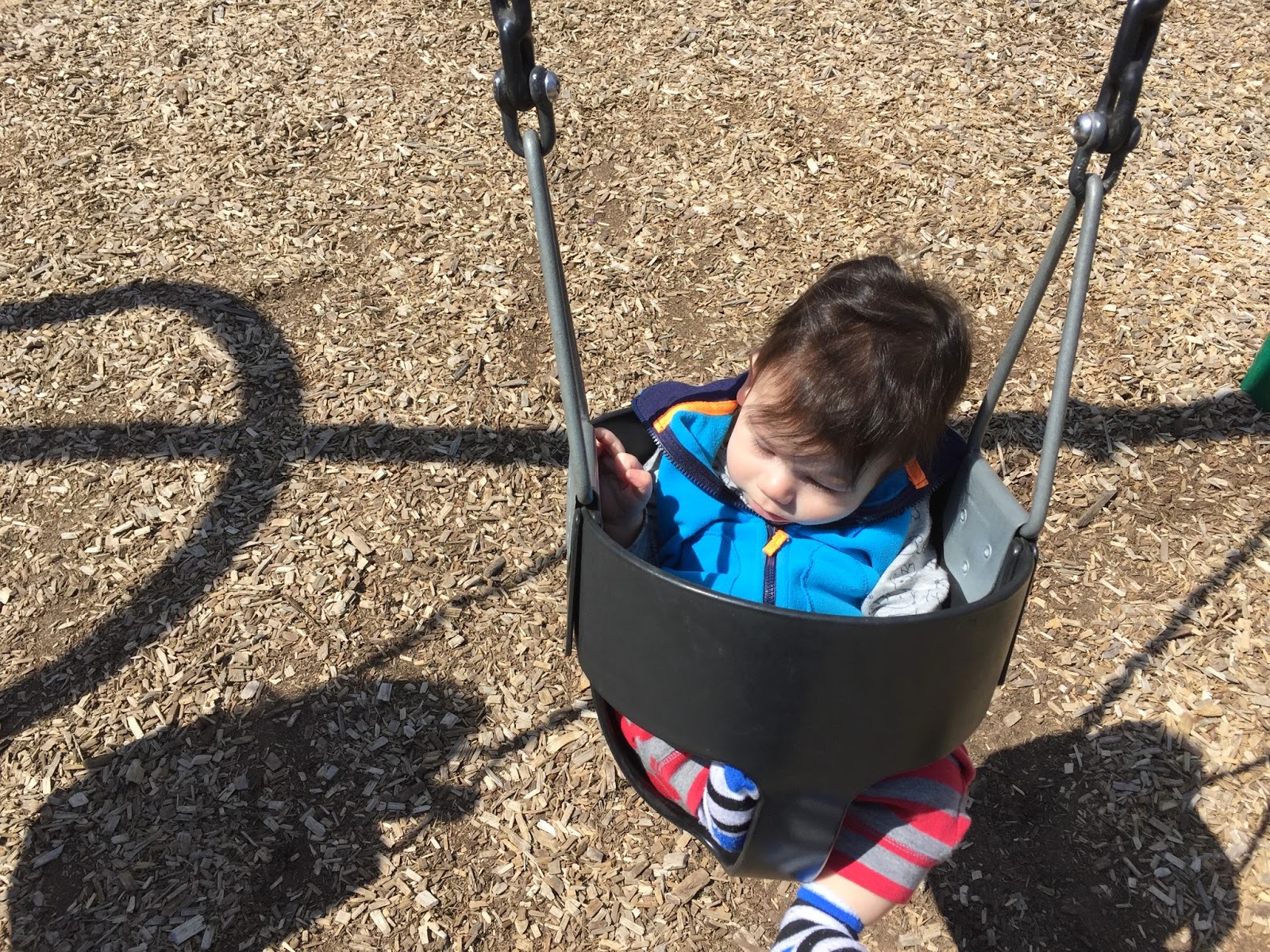 He wasn't overly thrilled with it.

On our way back to the car we stopped at a frozen custard place for a yummy and cold yet meatless lunch. :)
After we got home and I got Thomas down for a nap, I got to work hacking away at a huge bush in our backyard. It wasn't a bad bush per se but it attracted ants and bees, crowded the walk from the back door to the patio and blocked my entire view from the kitchen, including of the kids! 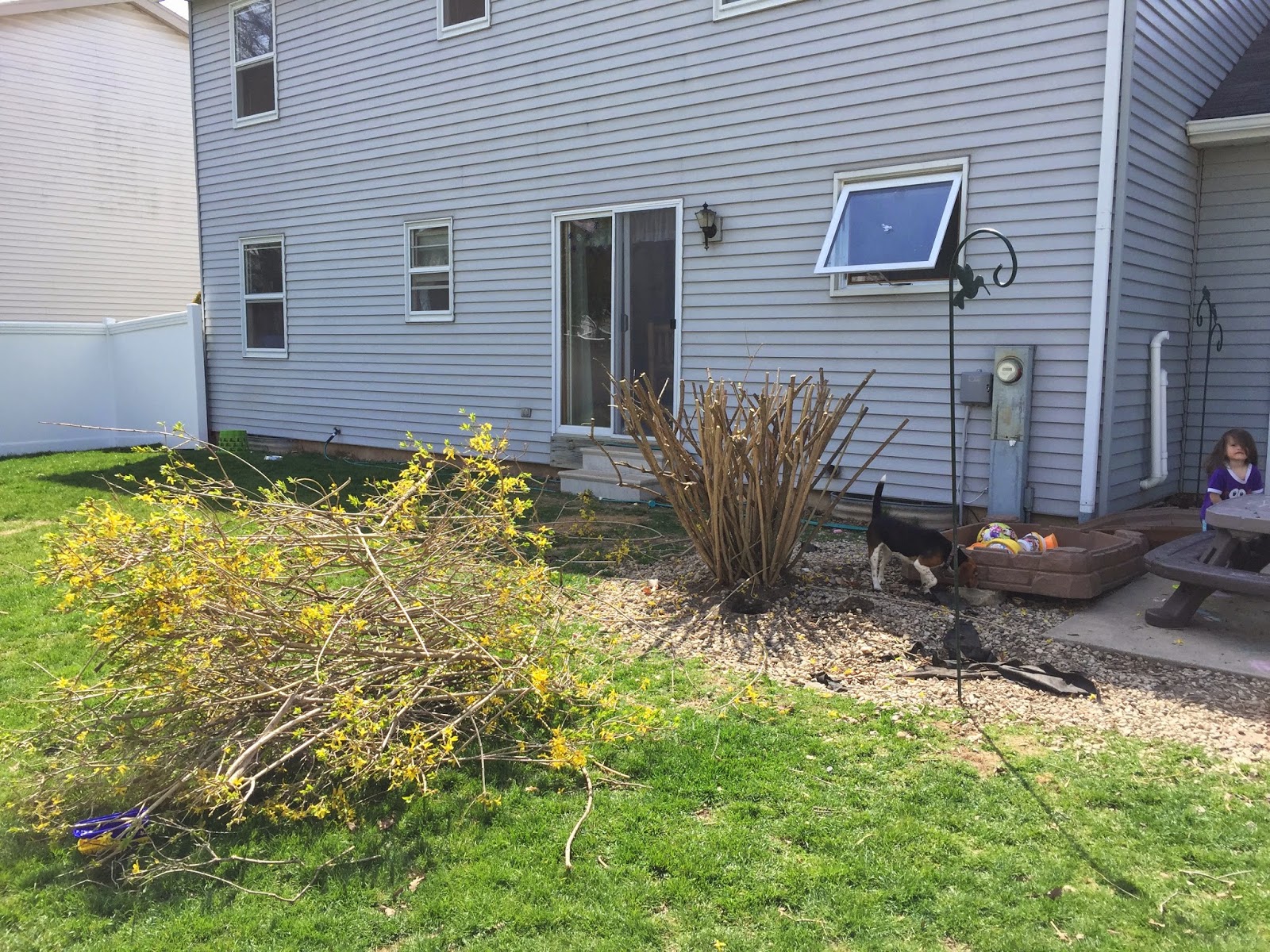 Felicity was my big helper helping cut the branches and put them in piles. The ants swarmed on the piles of yellow flowers. Brigid, as per her photobomb, was my moral support. 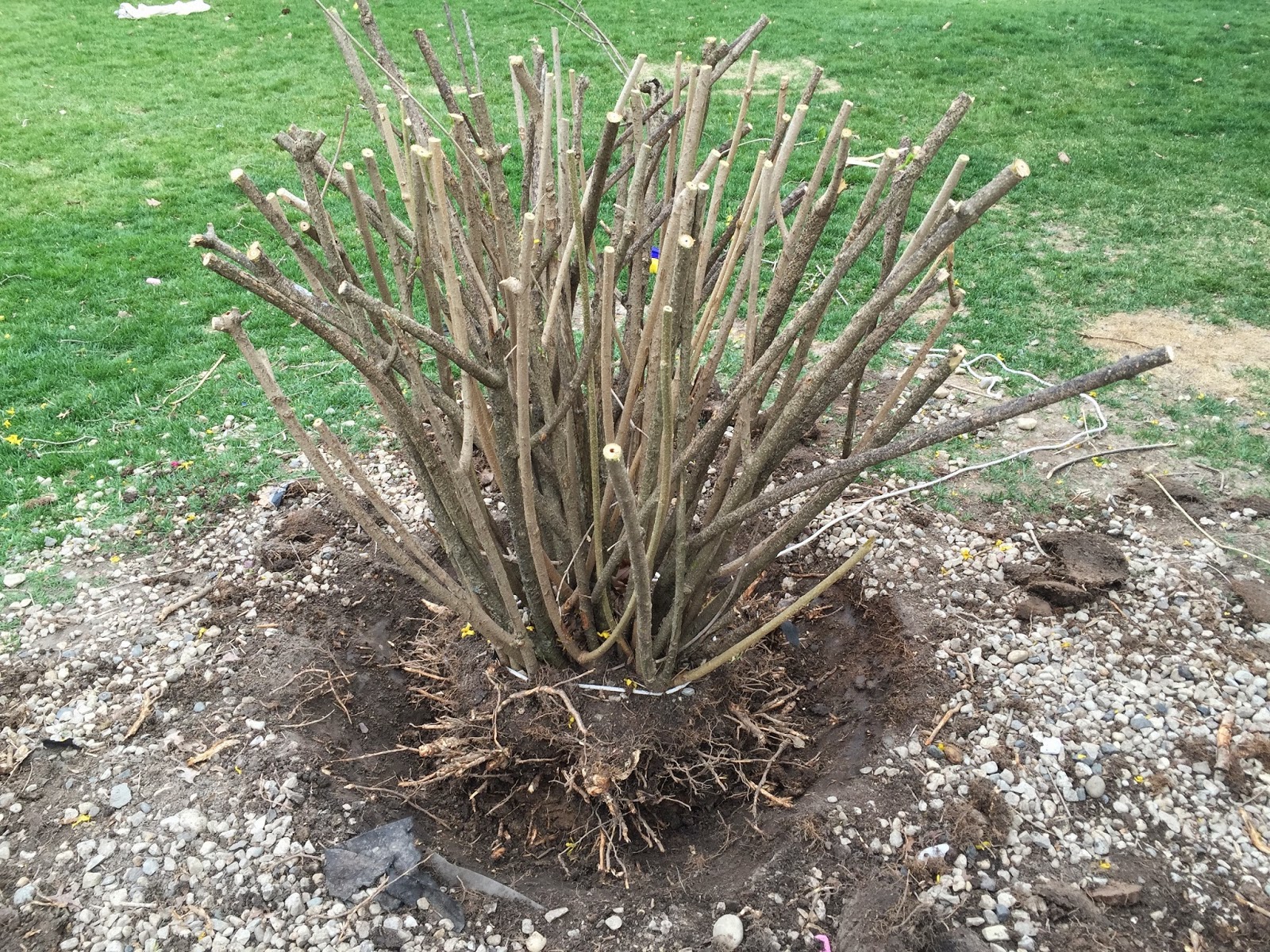 Digging out the base was another chore though. It was big and determined and all I had was a shovel and a pair of clippers. Thomas came out and spent some time with me after his nap.
Saturday, May 2nd, St. Athanasius
I continued working on it Saturday afternoon determined to not be defeated by the bush that just would not quit. But eventually I worked the shovel under it enough that it budged more and more until it gave. I had won. 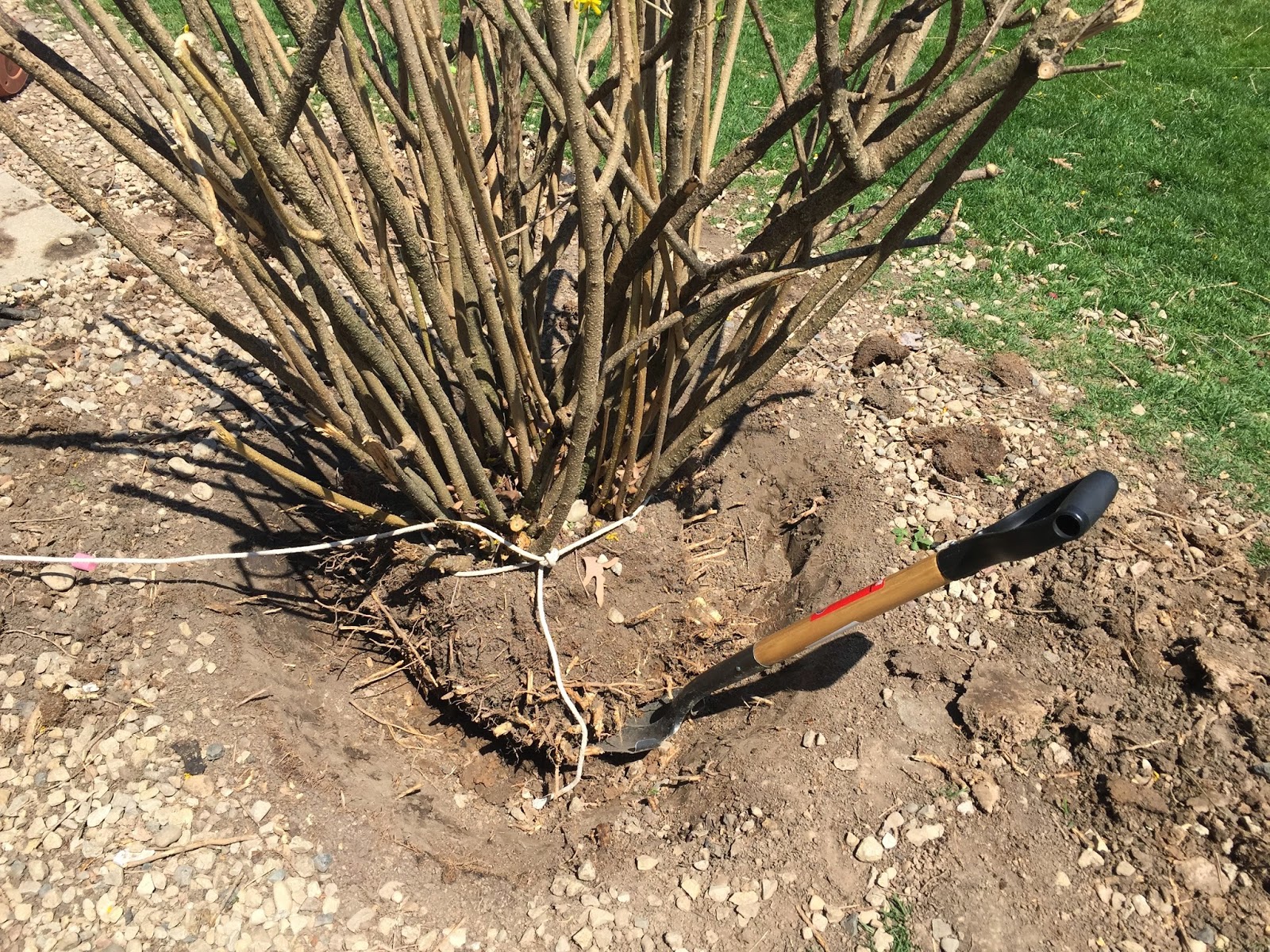 I did have to have James come help me heave it out of the pit and then he chain-sawed off the stalks. 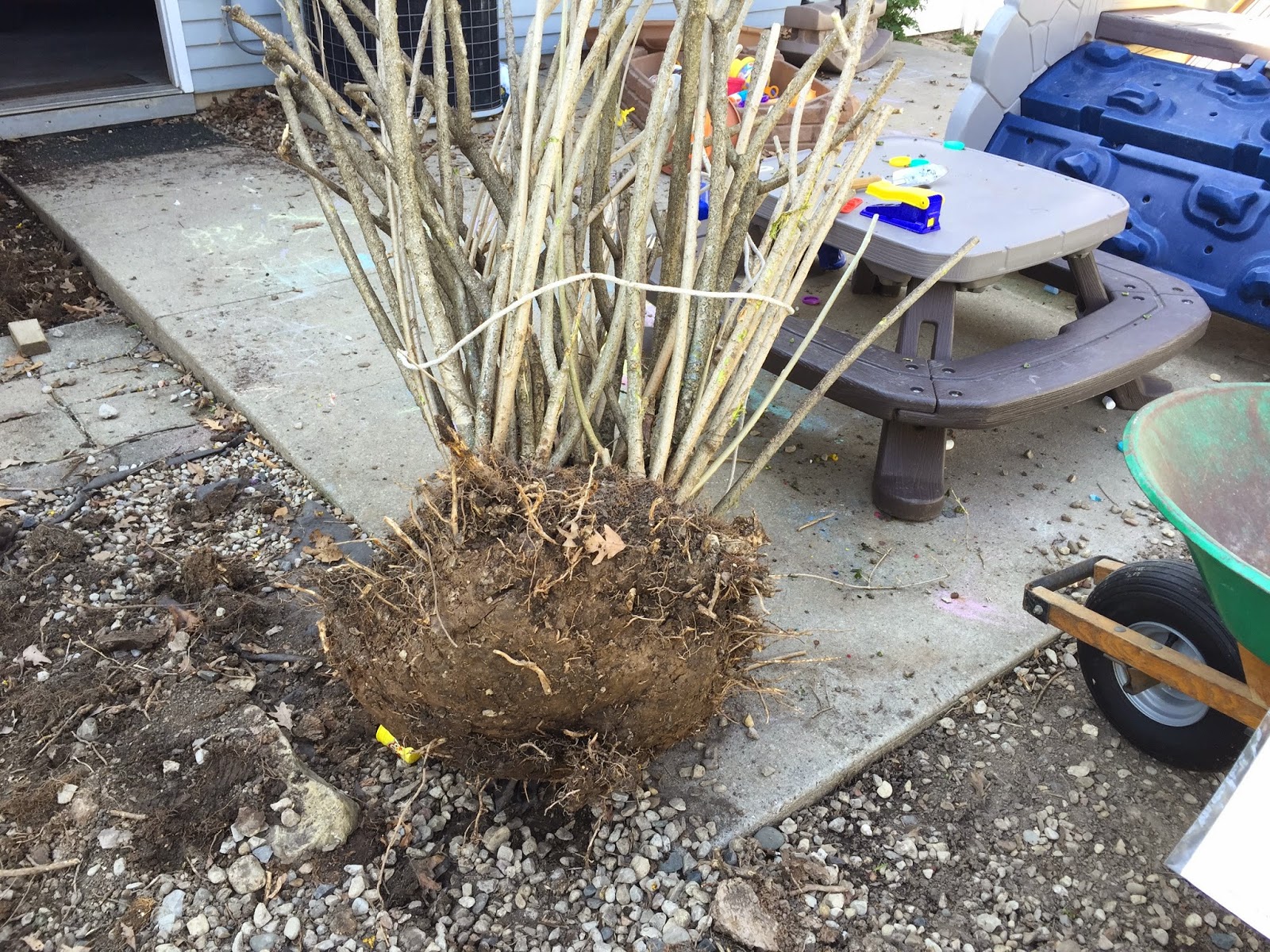 I bundled all the branches and dragged them out of the back yard to the side of the house and rolled the base into a wheelbarrow and left it by the gate. 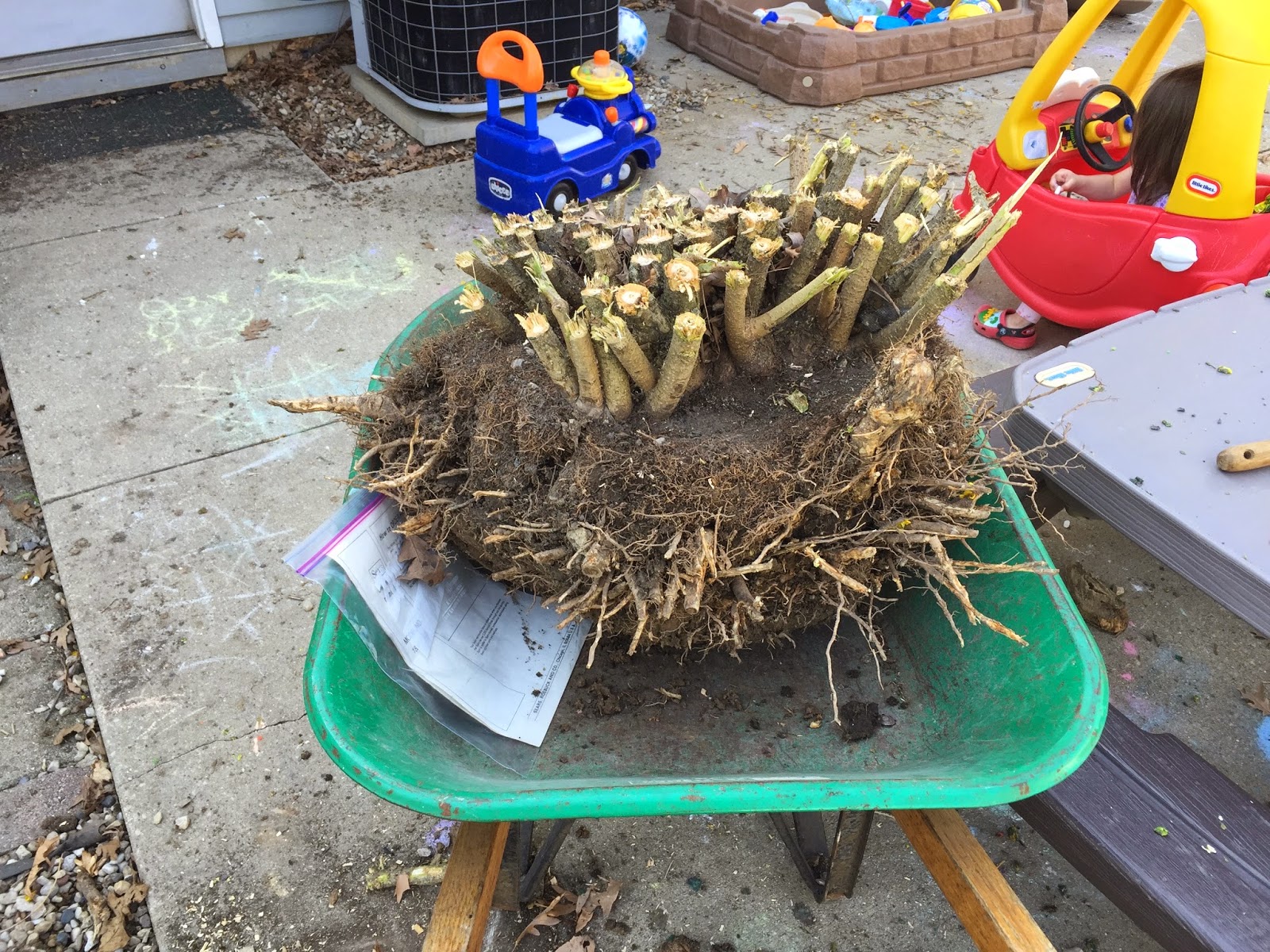 I discovered by said gate a pretty plant I had previously thought to be a weed but it turned out to be a Bleeding Heart plant! So pretty! 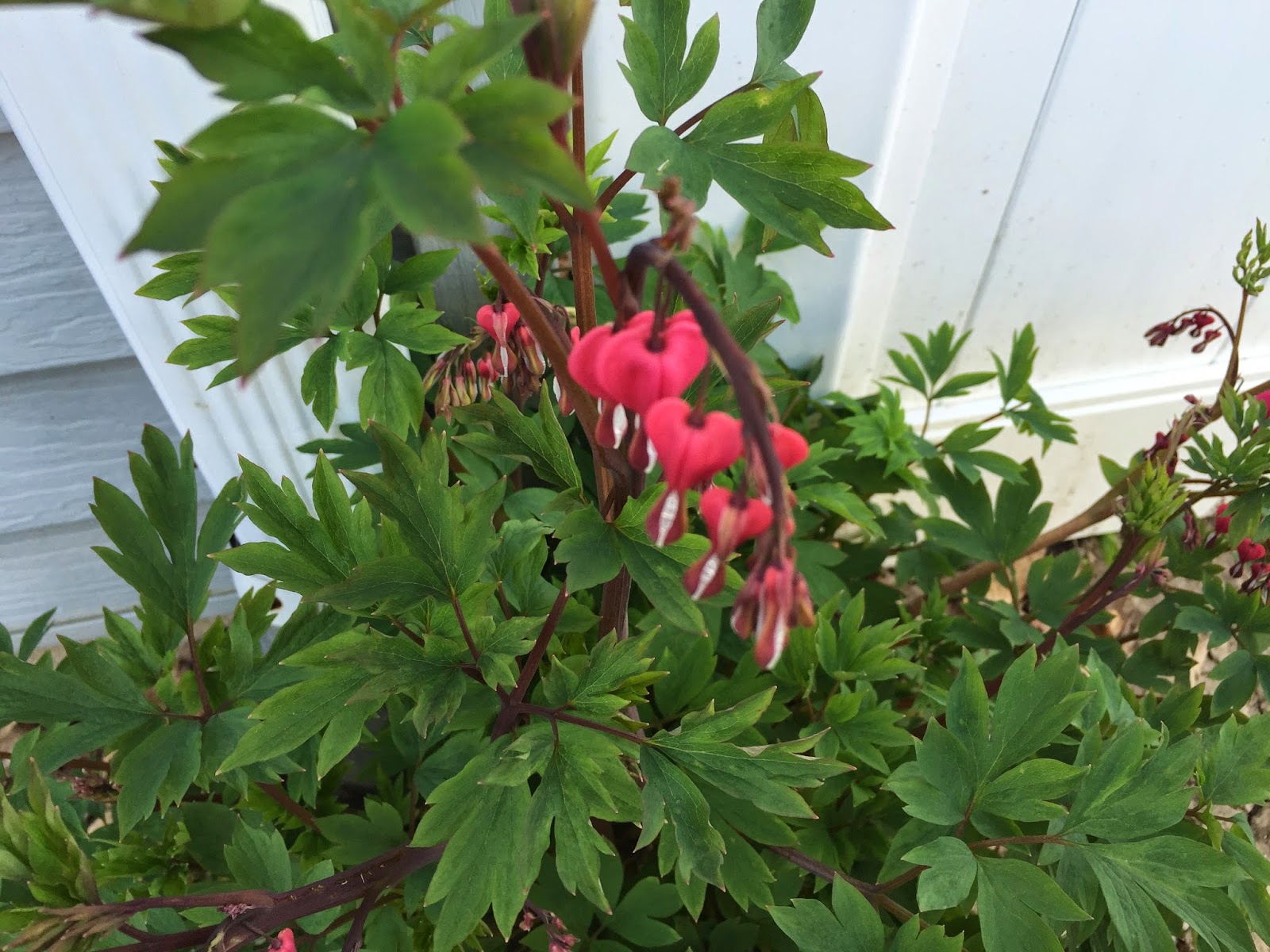 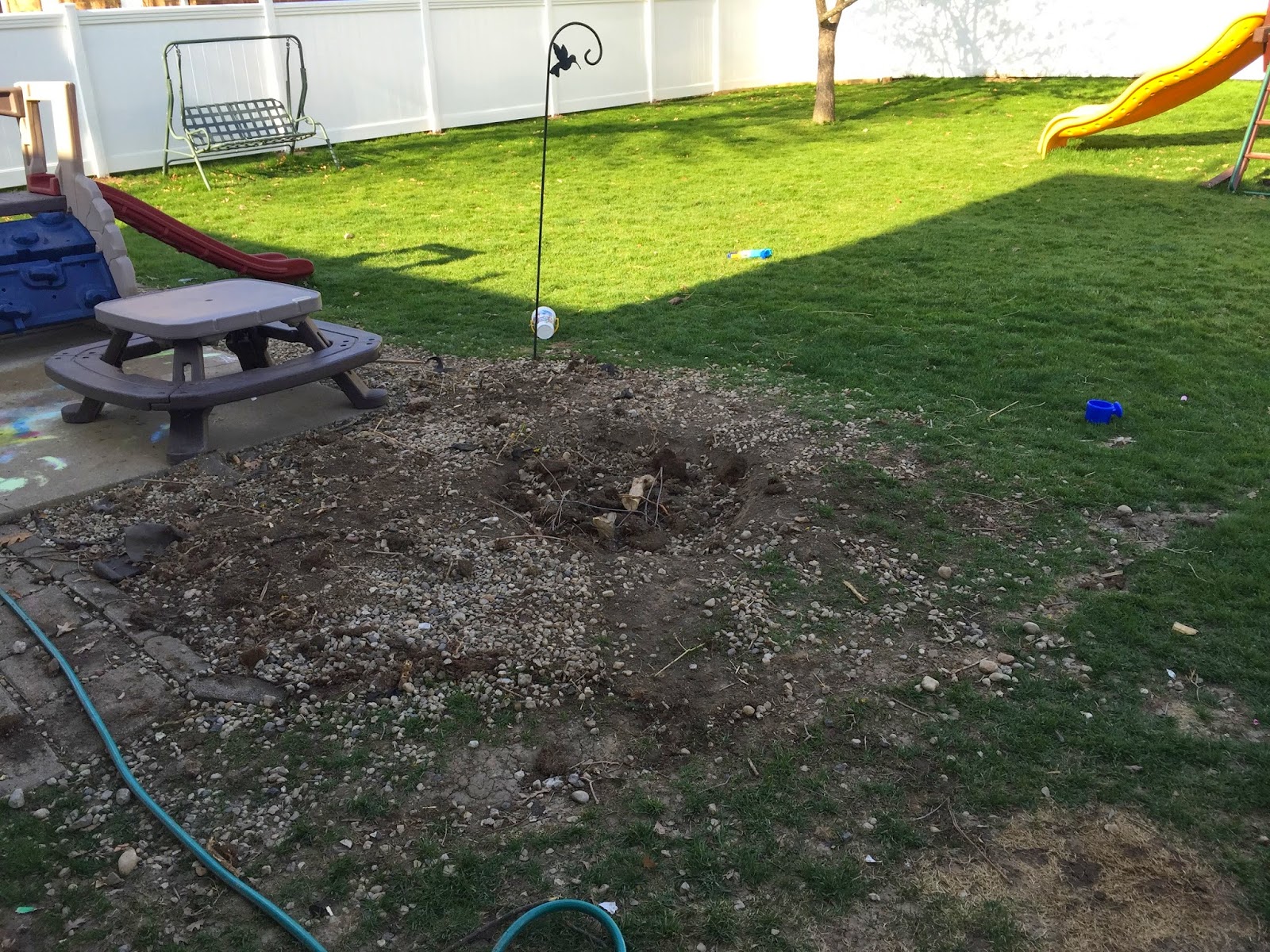 Sunday, May 3rd, St. Philip and St. James the Lesser
After Mass and a nice lunch, I went back to the yard and cut several of the lower branches off the pine trees so now you can actually walk under them without getting poked in the eye or needles in your hair and hopefully the grass will grow easier under the trees. 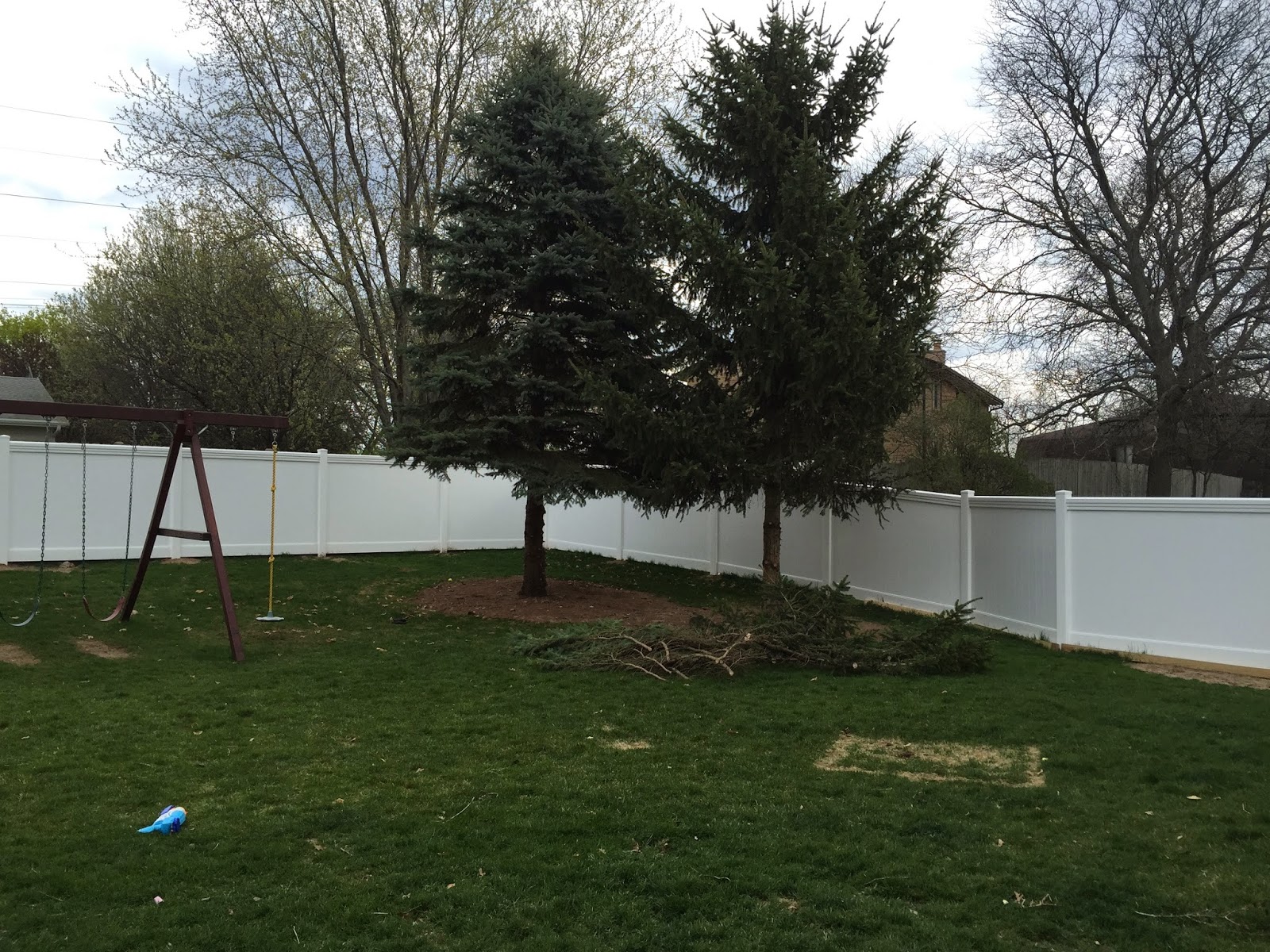 Needless to say, we now have about 8 bundles of branches plus the bush base to dispose of. We are going to see if a friend with a pickup truck might be available for a little hauling to the dump. :)