I'm afraid I didn't take notes during the week. So this is more of an end of the week recap.

We really didn't do any school work on Monday. My parents were still here from our busy weekend so the kids played card games and visited with them in the morning.
In the afternoon, a box arrived for Brigid:


Teresa has tried to claim the "girl" bear for her own with the defense that she is her friend, but Brigid will not surrender her new "teddy bear". She has become part of the entourage of stuffed animals Brigid brings down and upstairs with her every day. 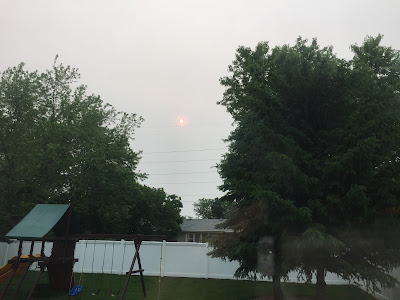 Tuesday morning the sun was weird. It was hard to capture in a picture, but it was orange, bright orange, and I don't mean at sunrise, I mean from 7:30-9am. 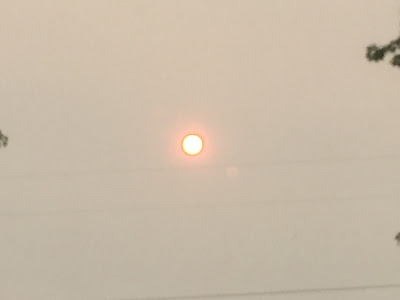 Even though everyone was eating breakfast, the sunlight looked like it should be almost time for bed. 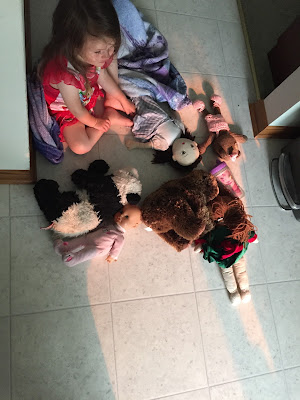 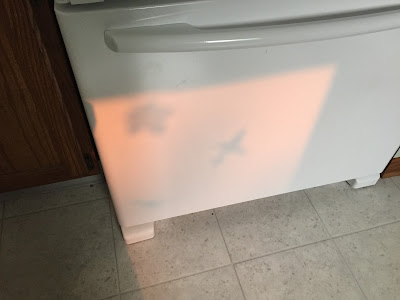 Turns out it was the smoke in the atmosphere from numerous and extensive wildfires in Canada. 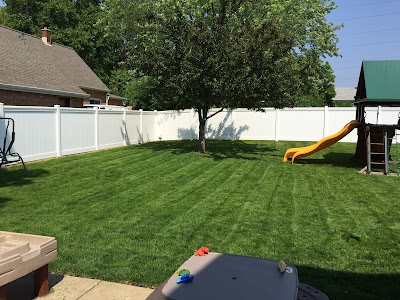 I did not get much sleep all week and most of the house was hit with some sort of digestive bug and a cold at the same time, so while I mowed and weed-whacked the front, back and side yards, we took it easy most of the week. It was so nice to mow the yard I worked so hard on though - Love it! 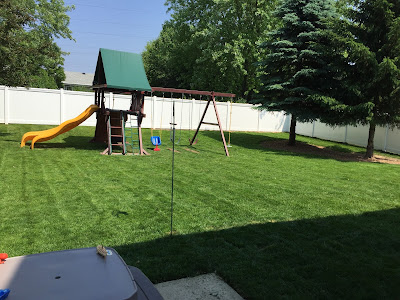 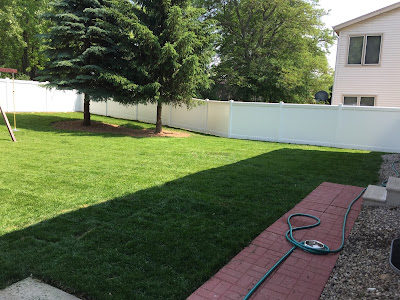 So taking it easy included some computer games. Teresa practiced counting and her numbers. 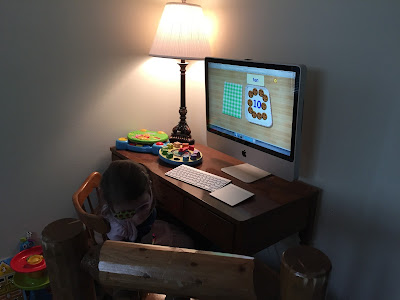 Felicity helped me clean out the van on Wednesday, which was my self-appointed task for the week. It had not been vacuumed or cleaned out since before we moved last August! Honestly, the lawn and the car were the only really active parts of my week, apart from keeping up with 6 kids of course. :) We did go for their last afternoon swimming lesson on Tuesday and I went swimming with them for some free swim and this time I even got Brigid to come. She had refused previously over wearing a swimming diaper but I tricked her into one and she had a blast. She loved the pool and jumped in more times than I could count.
Thursday and Friday we had thunderstorms pass through, which was fantastic for our grass, both the new that I am trying to keep alive and the old that has begun going a bit yellow in the front. I love thunderstorms too, so it was a bit of a treat. 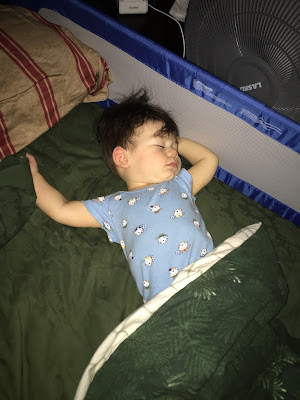 Thomas has finally learned how to get down from standing to sitting without hurting himself. And while all of his naps, and they are usually quite good lasting from 2 to 3 hours, have been in his crib, I began working with him to get him sleeping in his crib at night. At night, he has mainly been sleeping a stretch in the swing and then in bed with me but this week he basically refused to sleep in his swing. Honestly I think the problem is that he is so active he wants to be able to move, reposition and get comfy and he can't do that in a 5 point harness in a swing and I can't blame him. That said though, he is a really sensitive sleeper and I think he and I would sleep better if he spent more of the night in his crib, so for two nights now he has begun the night in his crib. The first night I stayed 4 hours before wanting me, although I think last night was only 3 hours. It will take a bit of time to transition but hopefully as he gets used to it he will sleep more and longer in his crib at night and I won't be so tired either.

All the girls did their math for the week and Cecilia finished her Geography book. Elizabeth and Cecilia each did a spelling lesson and we did one religion lesson, this one focusing on grace and the sacraments. I have to admit, after Felicity's First Holy Communion, it feels like we should be "done" religion for the year.

I spotted Brigid taking pictures of Cecilia with my phone... 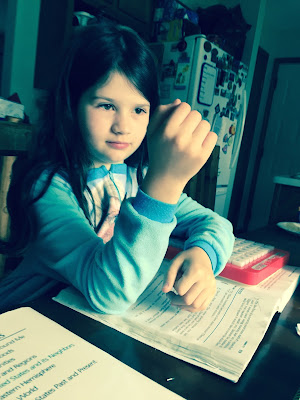 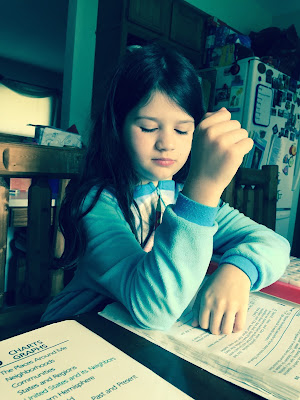 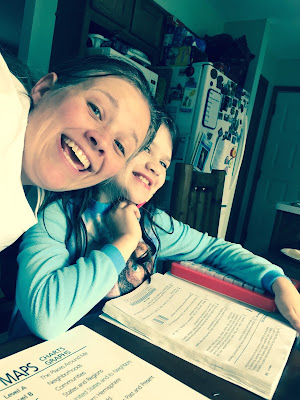 I'm sorry this post is seemingly so random, but that isn't an inaccurate representation of the week either.

When Brigid says "Ew" it is so cute it slays me. I finally managed to get a video of her saying it:


And just for fun... Brigid was singing to herself but I only caught a little bit of it at the beginning but she was so cute I just kept filming. You get a glimpse of her squishy duck face though she doesn't do it all the way.