Now She Is Six

On June 24th, my sweet Elizabeth turned 6 years old. James was out of town at a conference but she got the day off from any school work or chores and got to play some video games before Daddy flew home and we all met for dinner at Red Robin, her choice.

On Saturday, as she requested, we had a birthday party. We invited over a few families for fruit, hotdogs, chips, baked beans and cupcakes. She asked for a piñata and a minion theme. 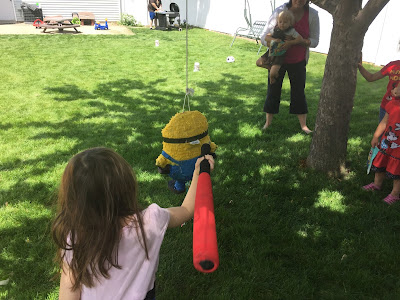 The kids had fun with the piñata and everyone did get at least one turn before it caved (pun intended). 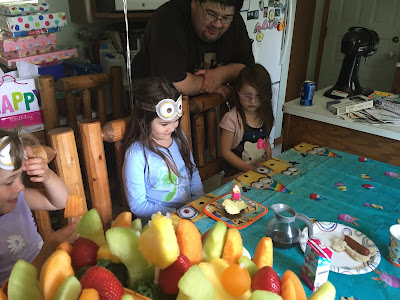 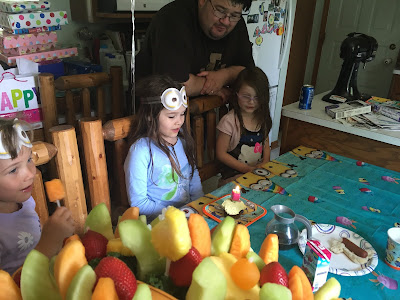 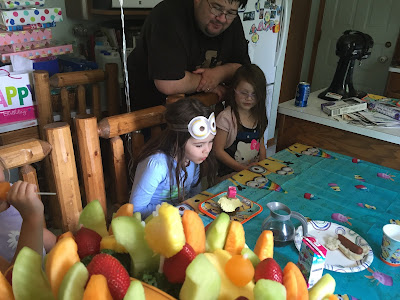 The kids played "Pin the Gru Patch on the Minion" and in the backyard and playroom before we opened presents. 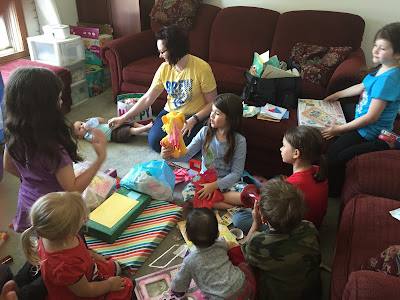 She got some board games, lego sets, a couple of shirts, and several craft projects, all of which have kept her quite busy. 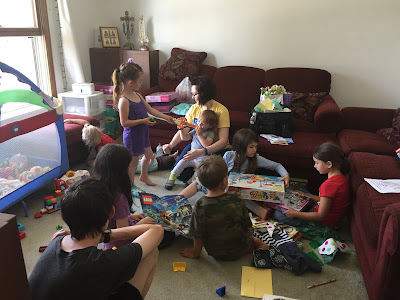 One of her gifts was the game Mouse Trap. When the girls first played it and finally got to the part of catching the mice, they used my phone to film it in slow motion. Too fun!

Posted by Katherine at 3:26 PM

Email ThisBlogThis!Share to TwitterShare to FacebookShare to Pinterest
Labels: Elizabeth