Monday, August 17th
Felicity and Elizabeth got off to an early start doing their geography at 7:30am. Felicity did both her print and script handwriting as well. Cecilia slept in and I woke her at 8:50. She did, however, complete her geography and a math lesson though. Teresa did a reading lesson and watched a Leap Frog video on the sounds the letters make. And then Elizabeth did her phonics for the week. We didnT get any other school work done but the girls had a fun time playing in the backyard in their bathing suits and I had to get a sonogram of my thyroid anyway.

Elizabeth took her handwriting to bed with her and completed it before falling asleep.


Tuesday, August 18th, St. Helena
I returned from swimming some laps to Elizabeth working on telling, asking, commanding and exclaiming sentences in her English which I helped her complete. Teresa did two reading lessons to complete the first 15 lessons of her reading book. We start lesson 16 but it introduces a new sound -the TH sound - and it is a bit tricky of a sound so we took a break and will pick up next time at the beginning of lesson 16 going over the TH sound some more.
The girls took a break playing outside in their swimsuits and playing a couple rounds of Clue while Thomas decided to see just how much water a whole role of toilet paper could absorb by throwing it in the toilet. Then Elizabeth did her spelling and Cecilia Finished memorizing the Anima Christi prayer. Then Cecilia did her second math lesson of the week and Felicity finished her spelling. During lunch we caught up on our Saints: St. Jane France's de Chantal, St. Maximilian Kolbe, St. Stephen of Hungary, St. Roch, and today's Saint, St. Helena.
In the afternoon we did history. We went over a bit about the Sumerians and then the Assyrians and Babylonians. We talked about the legendary hanging gardens and the more important Code of Hammurabi. We talked a bit about the transitioning from roaming bands to farming and we read "The History of Counting" and how it was the beginning of farming that lead to the creation of numbers and eventually abstract counting. We talked a bit about the Babylonian exile of Israel and touched a bit on the Persians.
The girls spent quite a bit of time afterwards playing outside in their swim suits with the sprinkler and hose.

Wednesday, August 19th, St. John Eudes
Cecilia did her vocabulary, the only words of which she didn't already know was vicar and vile and then her english. Elizabeth did her spelling and all her math for the week. Felicity did her english and a few pages of math. It is strange... sometimes Felicity does her math perfectly and then other times it is as though she can't add 2 and 2. Teresa did another reading lesson but we stopped after one as she was getting a bit silly and not really paying attention.
After lunch we did religion. We talked about creation and how only God can create from nothing and while we call God the Father the creator, the whole Trinity created the world. We talked about how creation helps us to see and understand God through his attributes such as the beauty of a flower, the strength of the whale's tail, the majesty of the eagle, etc. We also read both creation stories from my Ignatius Bible and then the girls drew or wrote things from creation. We completed two requirements for each of the girls towards their AHG Bible Basics badge.
Then Cecilia and I worked on 3 more crystal-growing experiments: we made the solution to grow crystals on two more molds and made the mold on which we will grow crystals for her geode.
Thursday, August 20th, St. Bernard
The morning got off to a slow start since I was tired and Cecilia had been up since 4am with a sensitive stomach. A couple of ice pops and some Honey Nut Cheerios later and some rest and she had improved though.
Cecilia did her remaining math lessons, spelling and english. Felicity did a few more pages in math and her vocabulary and Elizabeth finished her math for the week as well as finished memorizing the Anima Christi prayer.
In the afternoon we had a play date at a friend's house and so they spent 3 hours playing volleyball, freeze tag, in a sandbox, on the swings, with dolls, some sort of lego board game, Duplos, etc.
Felicity took her 2 remaining math pages with her to bed to work on.

Friday, August 21st, St. Pius X
Felicity came downstairs with almost all of her math completed and only 2 wrong so we did her corrections and finished her math for the week. She then set about finishing memorize the Anima Christi prayer. I was really quite impressed. Although historically Felicity has had the greatest trouble memorizing something word for word of the three oldest girls, she memorized the Anima Christi to the greatest precision out of all of them.
Then, after Cecilia slept in until 9:20, I asked if she wanted to do her final crystal-growing experiment with her geode. She did and so we did the final experiment and put it in the basement to grow. 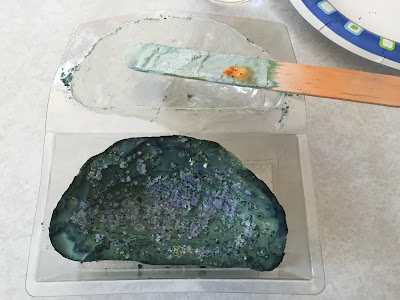 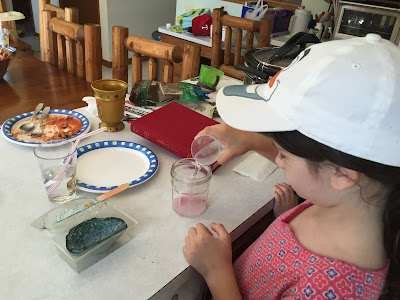 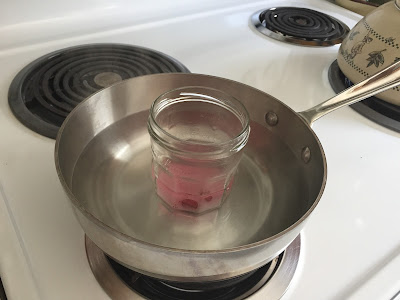 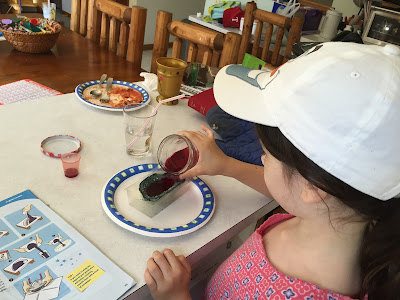 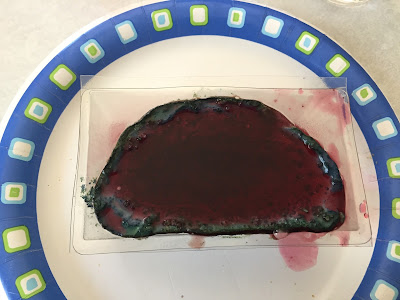 After lunch, some fun with water outside and a bit of cleaning, I sat the oldest three down and we did sewing. This time we were making a button tree. I had prepped the fabric in the hoops and cut out the trees but Cecilia, Felicity and Elizabeth used a running stitch to sew on their own trees and then sew on their own buttons. Cecilia had very little trouble although she also didn't want to sew many buttons on hers. She said hers was an autumn tree and most of the leaves had fallen off it. Elizabeth got stuck a few times but overall did fine. Felicity, on the other hand, struggled and got very frustrated at herself. She had difficulty finding the button holes once the button was on. She only finished about half her buttons but she wanted more buttons than either of the other two and, indeed, did sew more buttons than either of the other two. 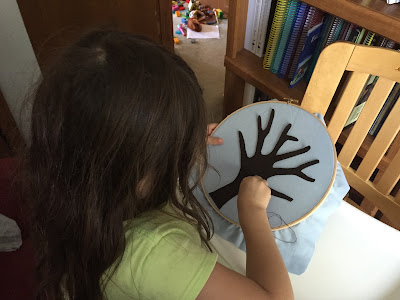 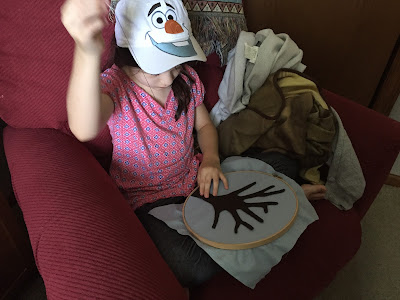 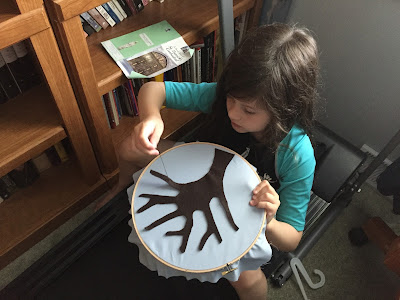 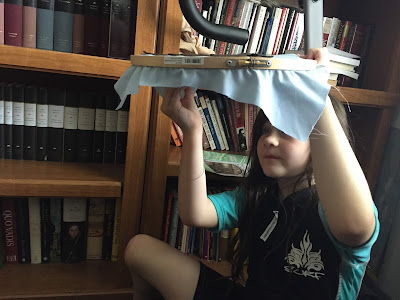 We took a break before doing latin but we did do lessons 5 and 6 in our Little Latin Readers. Cecilia whizzes through the work pages and enjoys trying to sound the words. Elizabeth enjoys sounding the words but refuses to do the work pages and Felicity enjoys doing the work pages but "doesn't like to talk." This from the girl who makes up and sings songs at random anywhere and everywhere. Go figure. I did get her to say, "Felicity est pulchra," though. :)

Saturday, August 22nd, The Queenship of Mary
I spent all day Saturday cleaning, organizing and de-cluttering the girls' bedrooms. The box of winter hats, gloves, mittens and scarves wound up within reach and so... 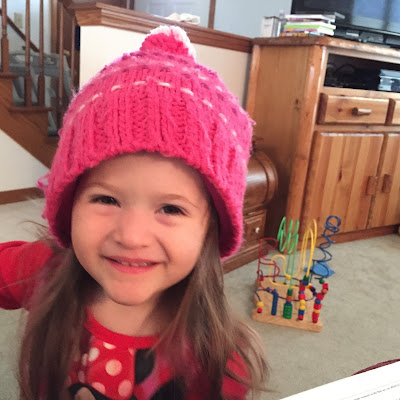