I've been slacking, I know. Honestly I'm just really busy. I don't object to people observing my hands are full because they are, just in a really good way. :)
Well last week we were... really busy. We did all of our scheduled book work but we also spent a lot of time outside bike riding, swinging on the swings or playing with play doh.

For Teresa's feast day, we made candy apples. James asked me what candy apples had to do with St. Teresa of Avila. The answer is, her feast day is in October - what more reason do you need?!? :) 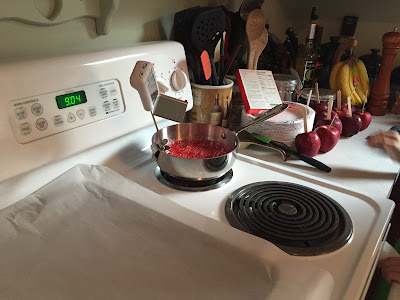 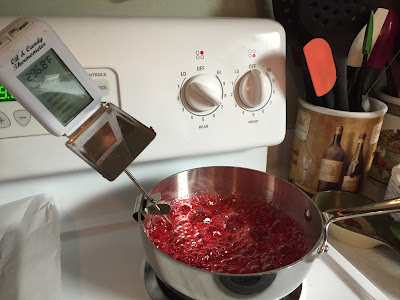 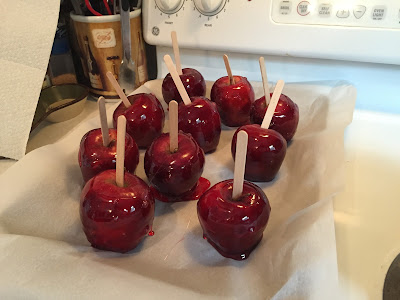 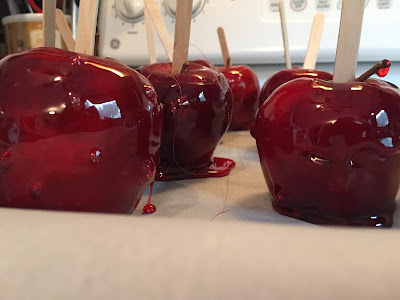 They came out well and were quite yummy! 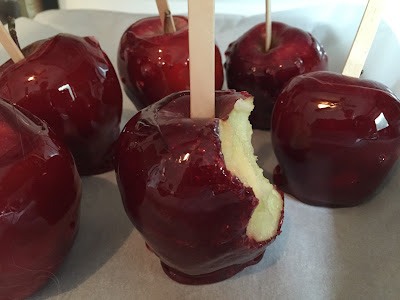 Unfortunately, when I moved the hot sugar off the hot burner to a cool one, the thermometer came unbalanced and fell. Knowing it was 302 degrees, I was just going to let it fall but Cecilia's reflexes kicked in and she tried to catch it. The rest is blistered. 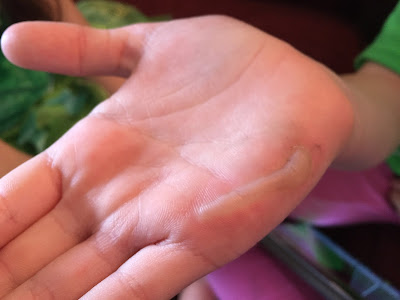 In the afternoon I mowed the front lawn (hopefully for the last time this year), weed-whacked it and then trimmed the bushes, especially this one. I'm sorry there isn't a before shot, but basically it had never been trimmed and had grown so much that you could not even see the stones that bordered it and about 8 or 12 inches of grass was lost along the border. It was so big and thick, for over a year we had no idea someone's neon orange soccer ball was stuck in it! I won't say it is now perfect but I do think it is a lot better. 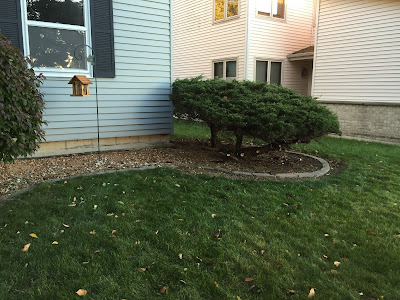 Last Friday I spent ALL day in the kitchen. I opened up and scooped out two pumpkins, then cooked it and pureed it. 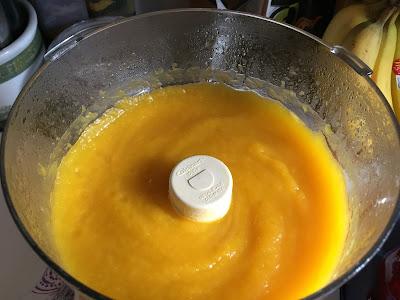 Cecilia, Felicity and Elizabeth carved up the pumpkins with some suggestions from Teresa and Brigid. 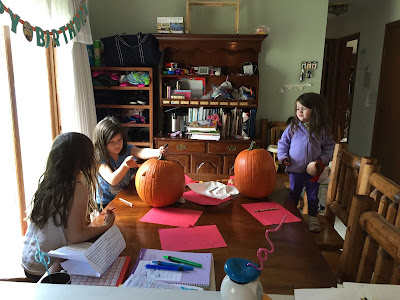 While they were carving, I cooked two loaves of pumpkin bread. 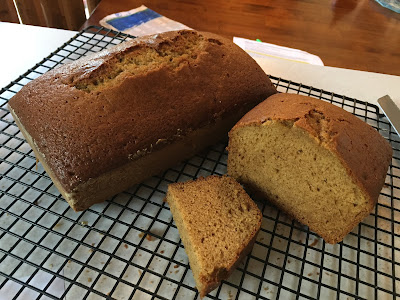 It was a huge hit! All of the kids had some. Elizabeth didn't care for it and Teresa only ate one piece but Thomas, Cecilia, Felicity and Brigid absolutely loved it! 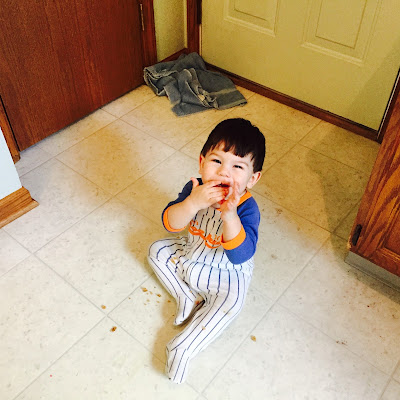 Then, for dinner, I made pumpkin risotto. It could have used a bit more pumpkin (I put in 1 1/2 cups and next time I'd put in 2) and I wish I had had something else with it, like chicken, but it was really quite good. Cecilia had some with James and me, but the others had a back-up dinner of popcorn. :) 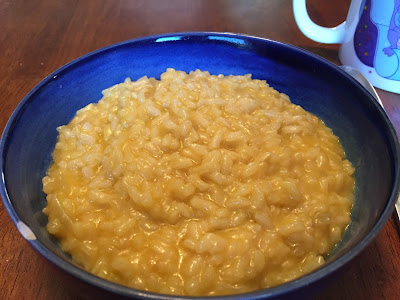 Each of the girls carved a face. Felicity's sad, Elizabeth's scary, and Cecilia's happy. I carved a "BOO" on one vacant side. 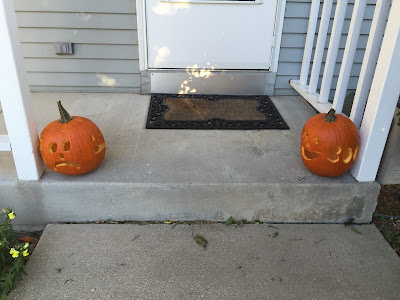 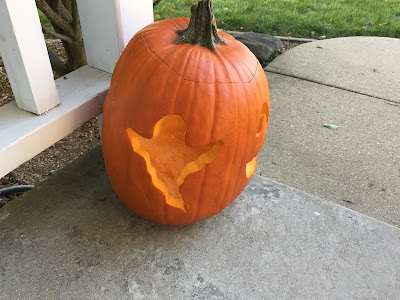 Felicity wanted a cat and a bat.. 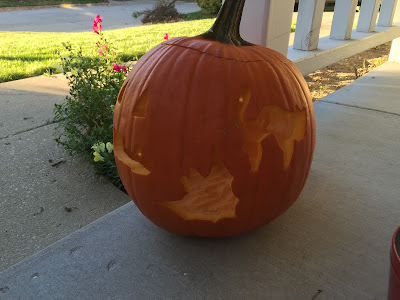 On Saturday we waited in line for over an hour to venerate the relics of St. Maria Goretti. 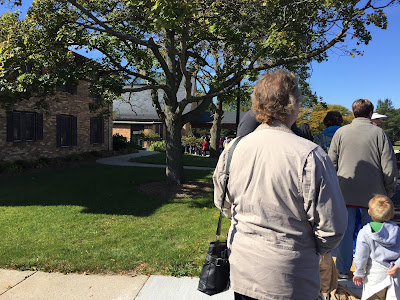 It was totally worth it. I had venerated her before in Nettuno in Italy and I'd been to her house back in 1999. But James and the kids never had, so it was a special outing. We told them a bit about her life and her death and her canonization, leaving out part of why her murderer had killed her. 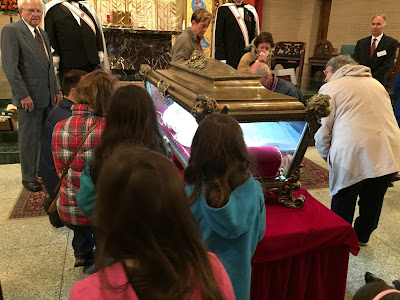 We encouraged them to touch the reliquary and all knelt to whisper our prayers. Each of the girls got a 3rd class relic holy card. 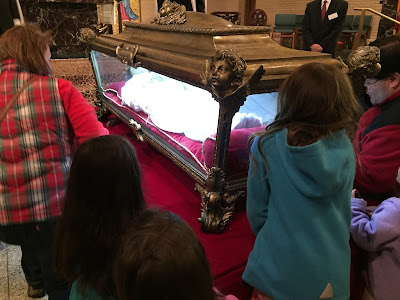 This week was a catch up week, so we didn't have much in the way of bookwork to do. Felicity did her math corrections from the previous week and Cecilia memorized the preamble to the Constitution and the first sentence of the Declaration of Independence for an AHG badge. We also finished reading Green's Tales of Ancient Egypt book and finished watching all 525 minutes of the Unearthing Ancient Egypt DVD. I can't say all the stories and all the DVD episodes were equally captivating but there definitely were some good ones. The girls' favorite tale was of the Two Brothers and their favorite DVD episode was on the discovery of Queen Hatshepsut's body and why her name and image were erased from the Egyptian monuments.

Teresa did several reading lessons. She is now up to lesson 34 in her book and doing really well. She has learned words like "the""is" "cat" and even "little" and she sounds out words like "this" and "that" and "and" very well. She is particularly partial to the stories that involve cats.

We finished our audio book of White's Trumpet of the Swan and began his Charlotte's Web during our car rides. And Latin, which we had neglected the previous two weeks, we did two lessons of.

The oldest four also finished their last swimming lesson for the year on Tuesday. Felicity is the best swimmer out of all of them but all of them did well. Cecilia probably struggled the most primarily due to confidence and a dislike of her teacher. But that is another reason why we always take a nice break through the winter.

While Thomas' First Birthday was on Tuesday, due to swimming lessons, we bumped the celebration a day. So on Wednesday I took all the kids to the zoo. Thomas loved the real tigers and we got to see the baby giraffe! 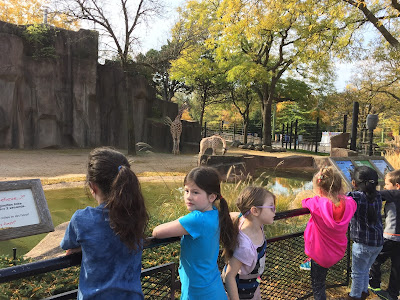 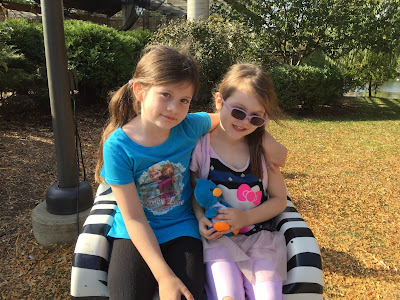 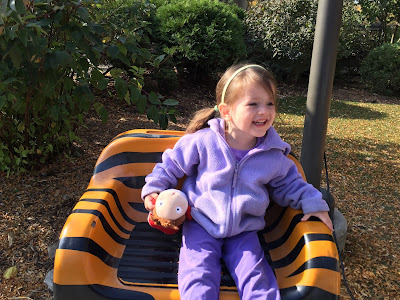 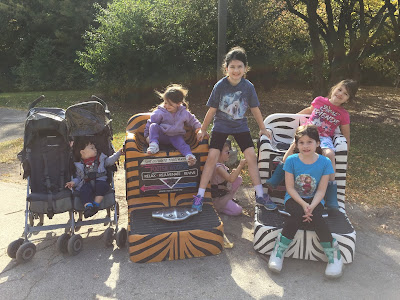 We saw the penguins, which are always fun when you first enter the zoo, and then the elephants, giraffes, hippos, rhinos, tigers, lynx, snow leopard, jaguars, hyenas (who seemed to be going bonkers in the lion's cage... I've no idea where the lions were but I think the smell of them was enough to send the hyenas to the psych ward!), the wolves, seals, brown bears, caribou and red pandas. We stopped by the pond where Teresa had a ball throwing leaves in but I was disappointed not to see a Trumpeter Swan since we just recently finished a book about one. 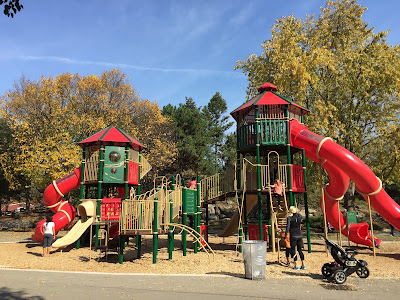 On the way out we cut through the farmyard and the kids were ecstatic to see a new playground! The old one was somewhat small and either too hard for my little kids or too easy for my big ones... and super crowded. The new one had something for everyone though! 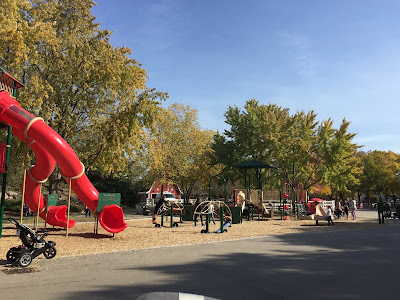 Thomas and Brigid playing with one of his birthday cards:


Friday was my birthday, so naturally we didn't worry about school. We did go to Cracker Barrel for lunch, where each of the kids got a small toy, and on the way home we picked up 3 slices of Cheesecake Factory cheesecake to celebrate later.

I got much needed new slippers, and these exquisite soup bowls: 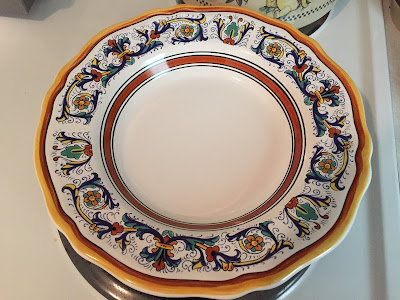 And a ceramic light up Christmas Tree centerpiece, 2 books and 3 DVDs and a renewed supply of Mystic Monk tea! 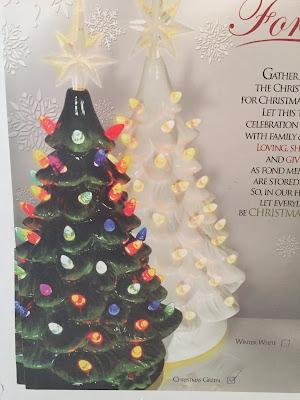 On Saturday morning, for the first time in almost 2 years, we went and got some family pictures taken. I look forward to sharing them in a week or so once the photographer finishes editing them. But look how scrumptious Thomas was in his suit! 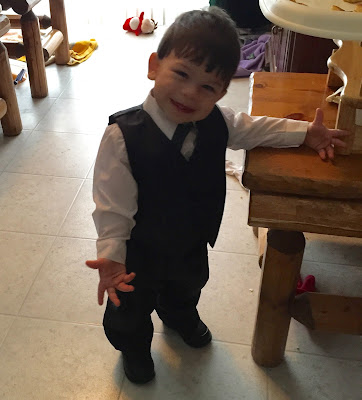 Honestly, for a catch up week, we got a lot done!