Monday, October 26th
Monday was crazy busy. Before 8am, Teresa insisted I do a reading lesson with her. The oldest three did some handwriting, geography, english, math and typing.
After lunch we watched an episode of NOVA on The Secret of the Viking Sword. It went over the history of the great Viking sword Ulfberht, where it came from, how it was made and why it was so strong and technologically advanced. Being about swords, even Teresa got interested. Afterwards, Cecilia was so psyched about this new NOVA series, she asked to watch another and so they watched one about tornados.
Afterwards, we read The 5000 Year Old Puzzle about the 1926 discovery of a Queen of Egypt's tomb that was hidden, set up backwards and missing a mummy!
Then we did our archeological dinosaur excavation. After Cecilia, Felicity and Elizabeth each had two turns, Teresa finally got one. 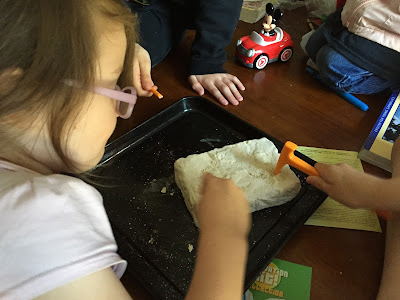 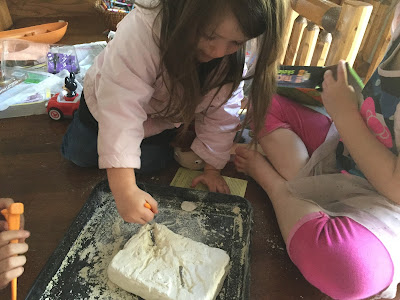 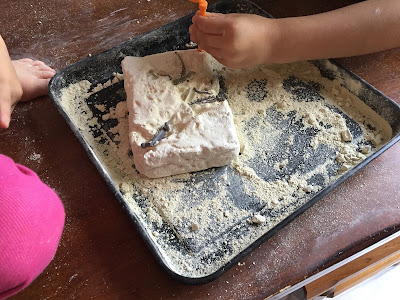 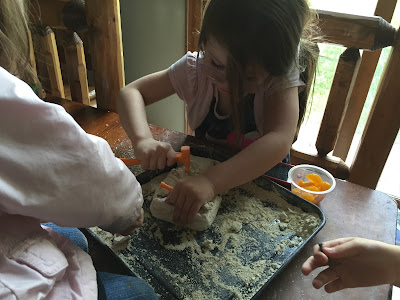 Tuesday we didn't get quite as much book work done but we did do a chapter in religion focusing on the Israelites and the Ten Commandments and their difficulties staying faithful to God. We also talked about the ark, the wandering through the desert and the demand for a king and a bit about King David.
Then we painted hieroglyphics on papyrus. 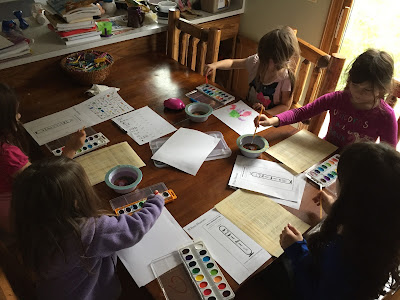 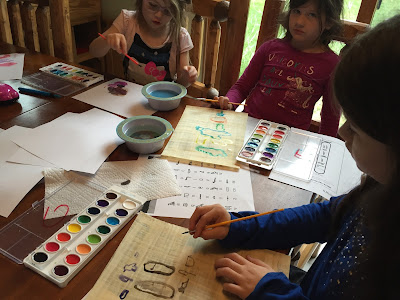 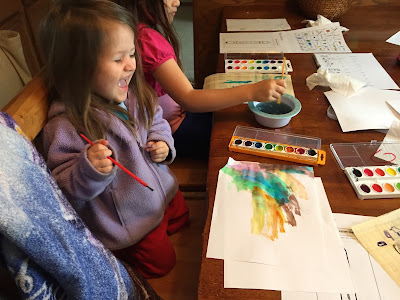 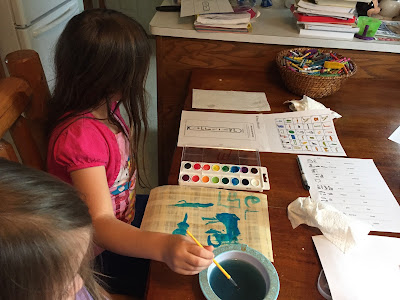 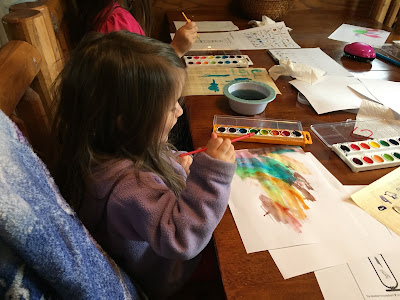 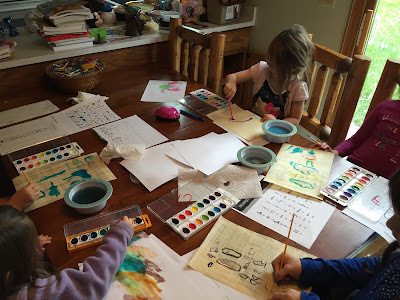 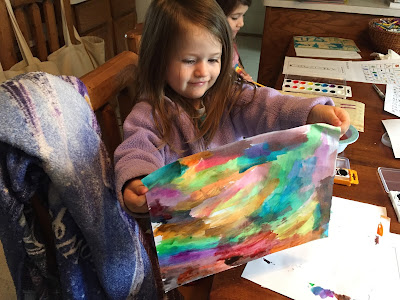 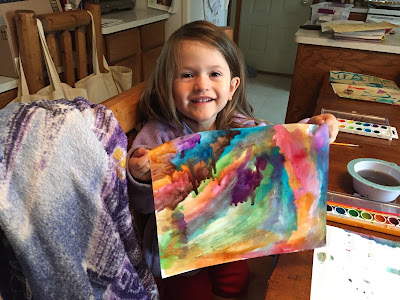 Cecilia finished her bookwork for the week and Felicity and Elizabeth got some more done.

In the afternoon we read the first 20 pages in Mara: Daughter of the Nile.

In the evening I took the three oldest to a local All Saints Day Celebration at the Schoenstatt Retreat Center. The kids were broken up into groups and then led to stations where they "met" and learned about a Saint or holy person and then received a treat or prize. 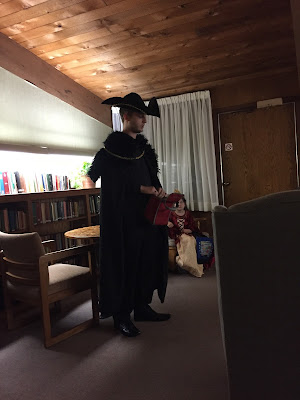 Fr. Joseph (the founder of Schoenstatt),
and St. Florian, the patron of firefighters, who was portrayed by a volunteer firefighter who demonstrated his gear for them, 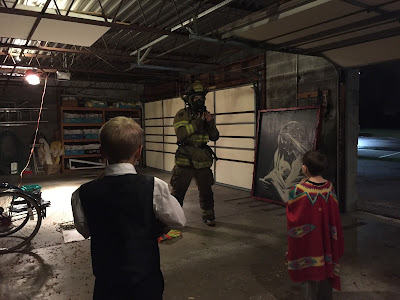 and St. Perpetua and Felicity (you should have seen Felicity's eye widen when she saw her patron portrayed!).

Thursday morning Thomas had his one year check up. He weighed in at 20 pounds, 4 ounces and measured at 30 1/2 inches. So his weight was in the 30th percentile and his height was in the 70th percentile. His head though is an impressive 97th percentile. He is doing great, making sounds like mama, dada, gaga and baba. He claps, waves, and walks. And he is getting his 7th and 8th teeth, which explains some night waking. He got two shots and we came home. Felicity finished her bookwork and Elizabeth finished two of her remaining three subjects.