Preparing for His Coming

Well, it has been a long Advent, but that is primarily because my thyroid has been off again. I hate that gland. Good news is blood tests are back and dosage has been adjusted back to what it was when I had the energy to redo a bathroom. :)

But despite my low energy levels we have been preparing for Christmas. The five oldest have been taking turns pulling out the magnetic nativity pieces of the Advent calendar and taking turns putting the ornaments on the Jesse tree. And the kids have been playing with the Little People Nativity. Thomas loves to dance to the musical stable:


We celebrated the feast of St. Nicholas. 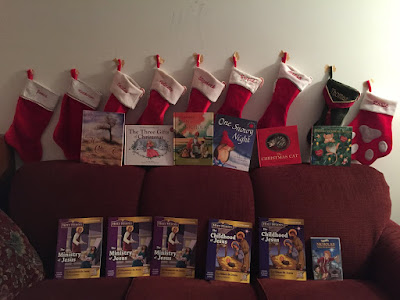 We celebrated the Feast of the Immaculate Conception with Mass followed by Chick FilA and then James took the oldest four to see The Good Dinosaur complete with popcorn and M&Ms. 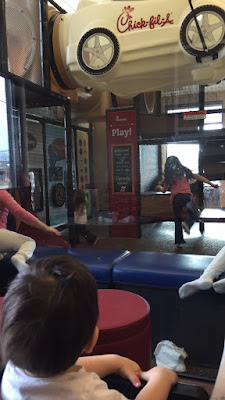 We finished up school work for the season. 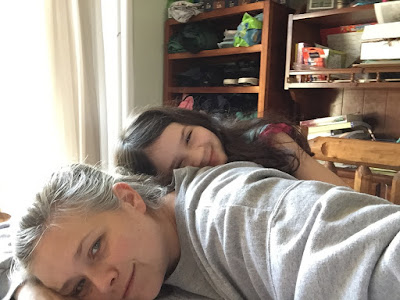 And I bought our Christmas tree and put the lights on it. Which the youngest three continually pull off it along with any ornament they can reach. 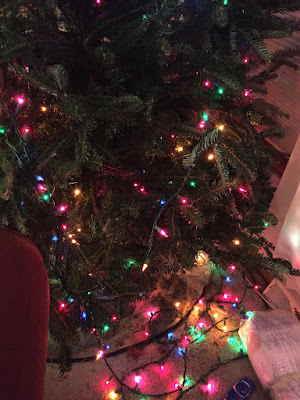 One day we will have a nice tree again but I think next year we will stick with a small table top one to spare ourselves this. 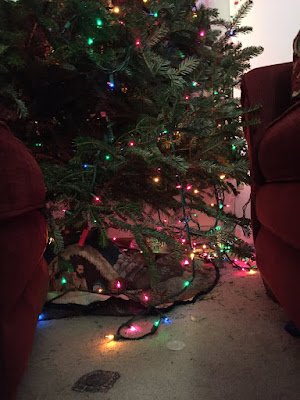 On the Feast of Our Lady of Guadalupe, I took the three oldest caroling at an assisted living home with their AHG troop

On the way home it was extremely foggy. I could see driving but it was a bit tense. 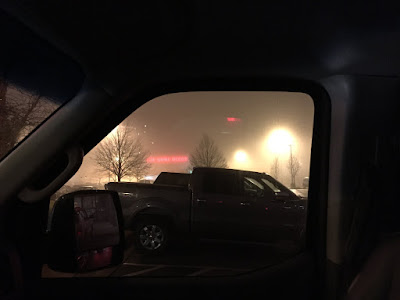 Actually the weather has been very strange. And a bit annoying. It has been super foggy, chilly but not cold and very wet. 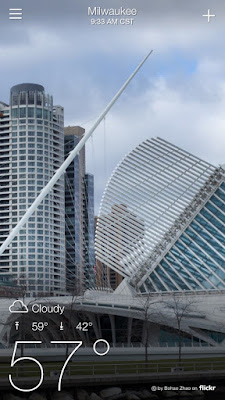 Twice during this Advent season we have had enough rain to turn our back yard into a swamp. So the kids have all been fairly housebound, which has lead to a bit a mischief and too much screen time. Teresa spilled the hot chocolate reindeer bags the nursing home residents gave the carolers: 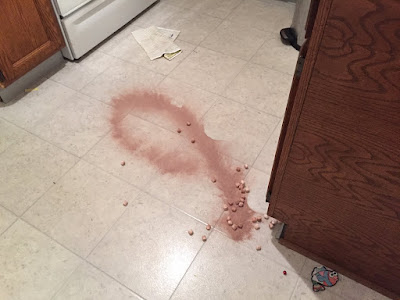 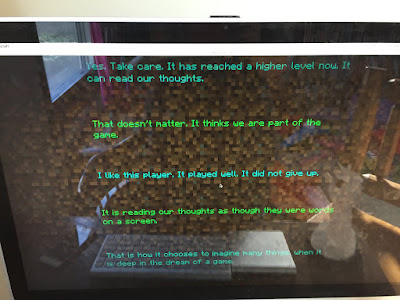 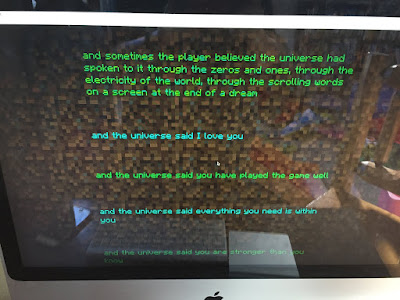 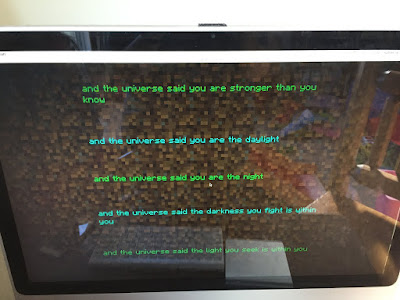 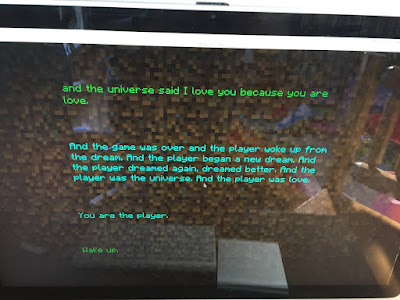 For the Feast of St. Lucy and Thomas' Baptism Day, I made our first St. Lucy's Bread (per Felicity's request I kept the icing off one section). 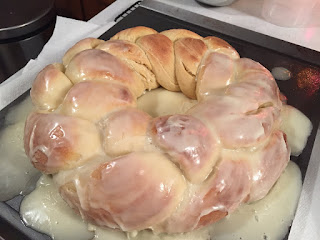 Brigid was adamant she wanted butter on hers.


I took the oldest three to see the Nutcracker Ballet: 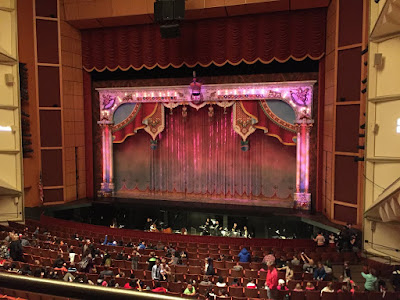 The seats were awesome, the music, of course, exquisite, and the ballerinas beautiful. The girls loved it and we are hoping to go again in May to see Alice in Wonderland. 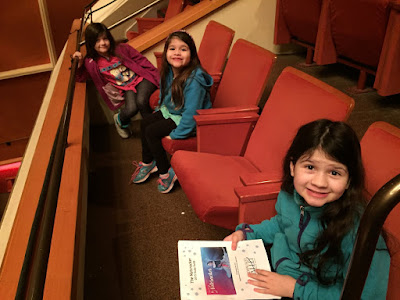 I took Brigid with me on a little outing and we shared some Panera Bread together. I don't think she ever did get to the muffin... she simply couldn't put down the cookie. 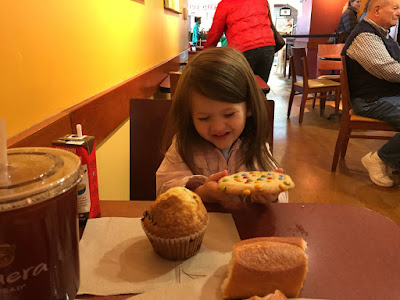 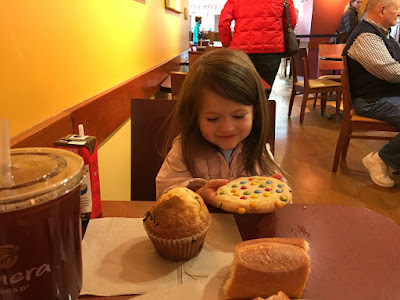 I found the Radio City Christmas Spectacular on Netflix and showed some of it to the girls. Most of it is not half as good as I remember it being back in the 80s and early 90s, but they loved the Teddy Bear Nutcracker and the Toy Soldiers.... simply classics. 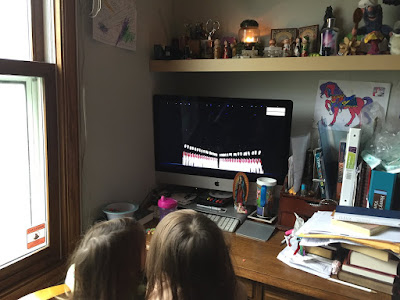 James took the oldest three to see the new Star Wars film, which they all really enjoyed and happily did not tell me any details. :)
Otherwise, we have been up to our usual... 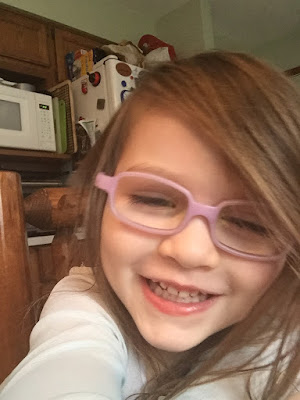 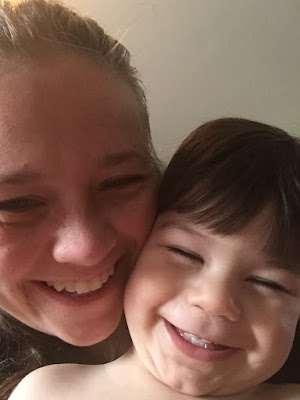 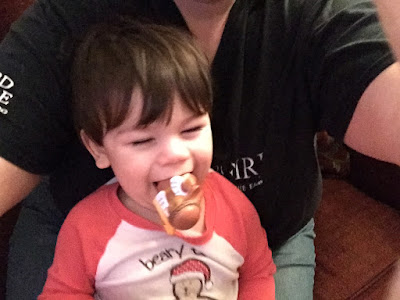 I had no idea our Loving Family dollhouse was owned by the Griswalds... 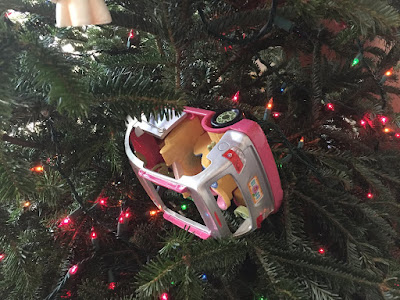 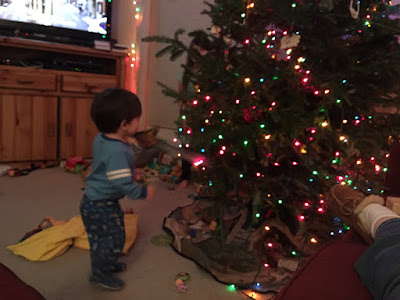 Thomas has also taken to collecting things. He loves collecting whatever he can find and putting them into bowls, tupperware, whatever... even the bathtub... 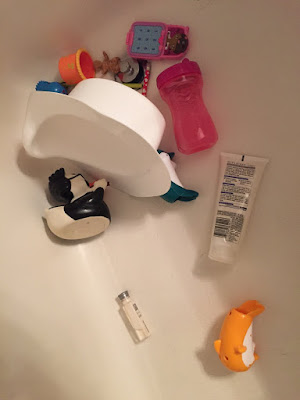 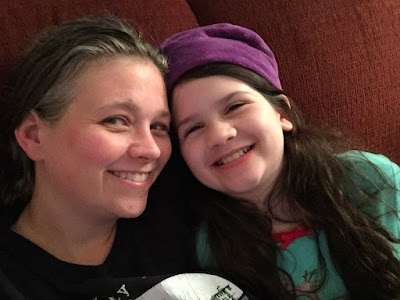 We plan on driving through a few large drive-through light displays and going to the Christmas Vigil Mass. Honestly, despite my exhaustion and my accidental breaking of our advent wreath, it hasn't been a bad advent. Even if not ideal, we are all eagerly anticipating celebrating the birth of our Savior and hope you have had a blessed Advent too. Even if we are exhausted, we can still wait like Teresa... 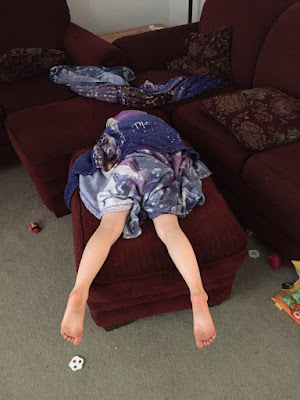 Posted by Katherine at 4:11 PM