The third week in March we were back to the books. And it was just as well since it seemed determine to rain and thunderstorm the first half of the week. So we did manage to get all our bookwork done and the next chapter in Religion, which aptly focused on Palm Sunday and the passion of Christ.

We read The Trojan Horse and then The Iliad by Rosemary Sutcliffe and Alan Lee. In Science we learned about the moon: how it is used as a symbol for Mary because just as Mary reflects her Son, the moon reflects the light of our son, its size and how that effects gravity on it, its cycles and why it appears to wane and wax from earth, as well as why and how it causes tides on earth. We used a flashlight and a ball to demonstrate how the moon revolves around the earth and why we always see the same side and why how much of that side is illuminated changes.

We practiced the Agnus Dei and continued with our Multiplication Bingo and Lenten Stations of the cross. On Sunday we celebrated James' birthday: 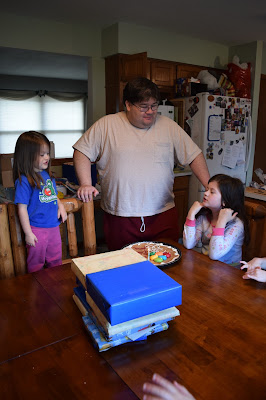 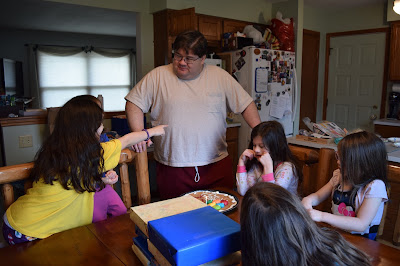 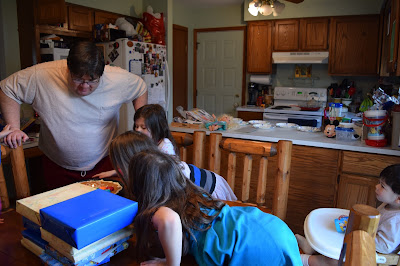 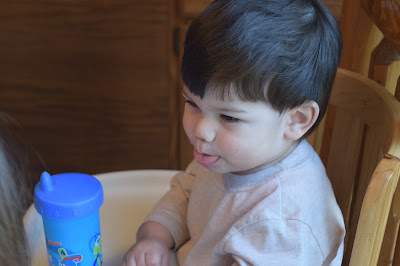 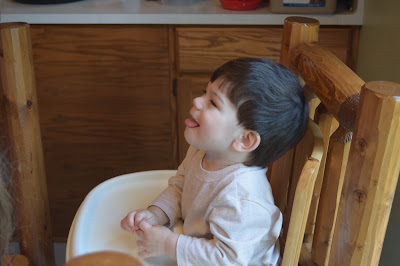 Naturally all the kids helped him open his presents. 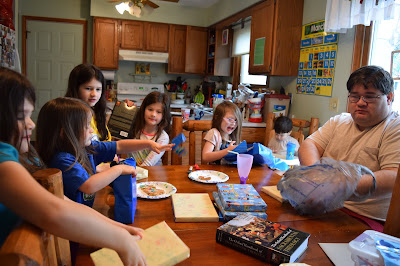 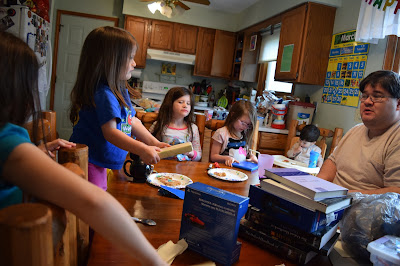 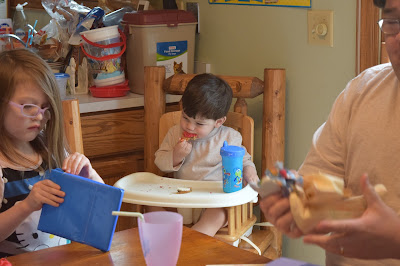 During Holy Week we read the Aeneid, which, in hindsight, I should have saved until closer to when we would finish Greece and shift to Rome, but oh well. The oldest 4 had dental cleaning appointments, I switched out all the fall/winter dresses for the spring/summer ones and got out all the summer church shoes and ordered new ones for the girls who needed them. We bought Cecilia a new and bigger bike. Her older one passed to Felicity and Felicity's older one passed to Teresa, on which I put back on the training wheels. Cecilia helped Teresa learn how to pedal without constantly breaking. And I sent off a packet of information to a nearby parish in the hopes that their parish council, come early April at their next meeting, might approve the beginning of a new AHG troop! I began ordering books and planning for the '16-'17 school year and we prepared for Easter, which is its own post. 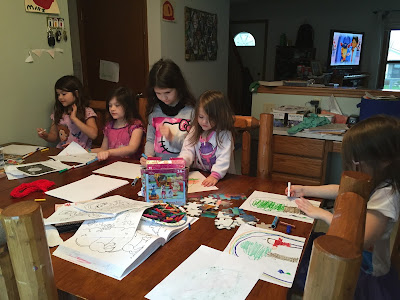 Easter Week was quite busy but in a very good way. We read Rosemary Sutcliffe's The Odyssey. James and I helped Cecilia, Felicity and Elizabeth complete their AHG Computer Fun badges and Cecilia completed her Family Helper badge. We visited the Wehr Nature Center and took a short stroll on one of their paths. I was disappointed with the nature center part but the paths and natural areas were quite nice. 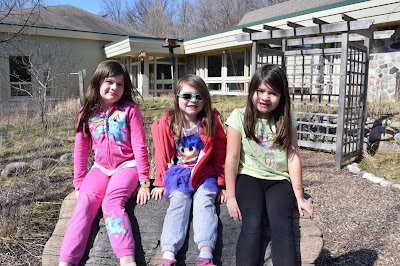 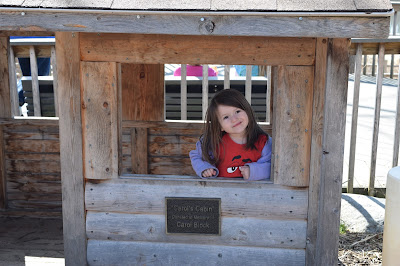 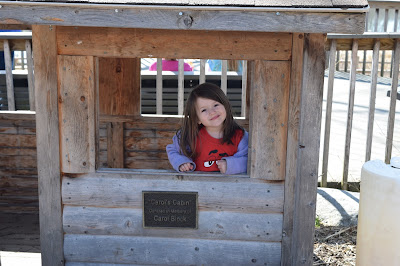 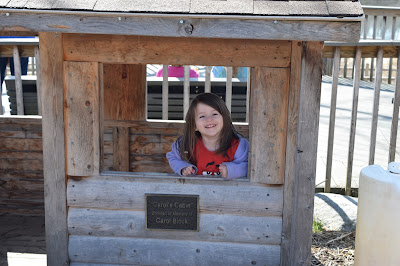 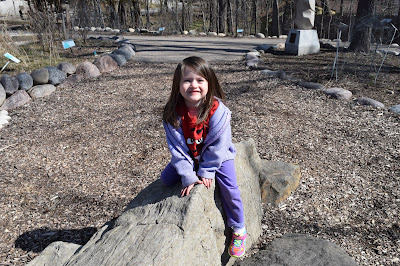 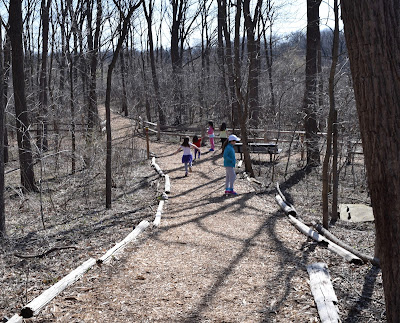 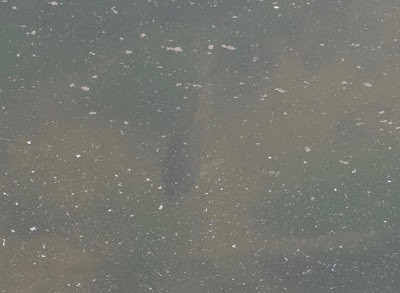 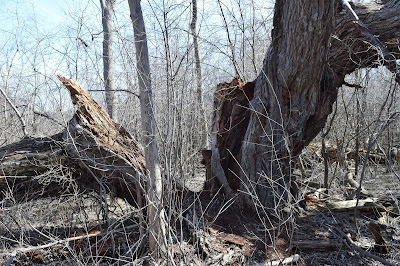 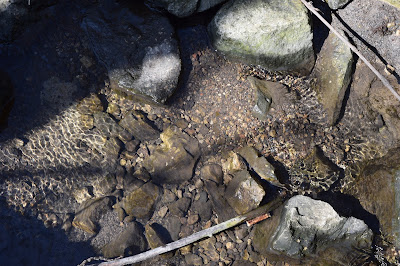 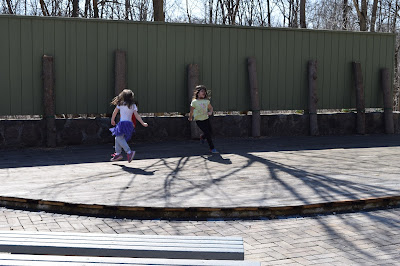 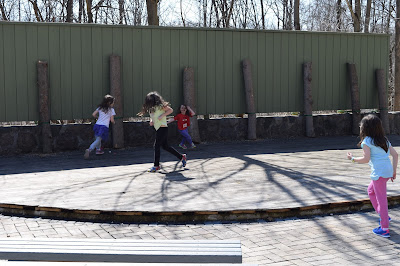 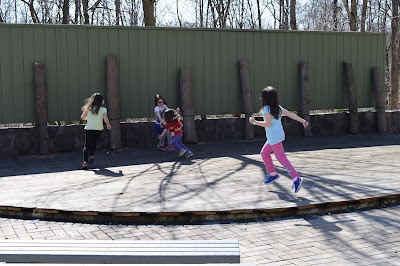 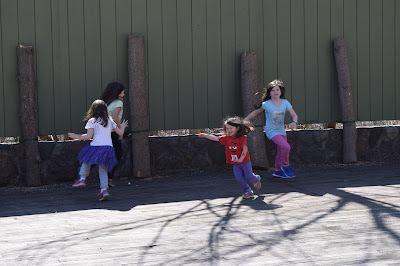 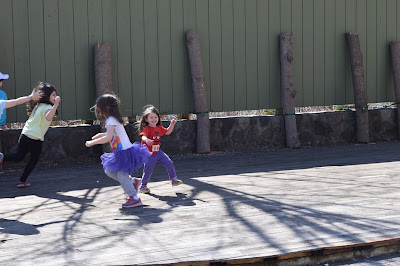 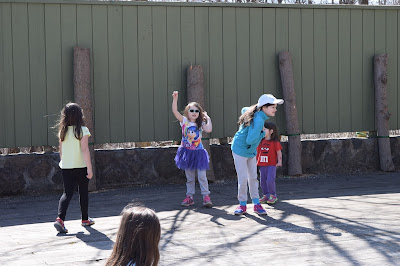 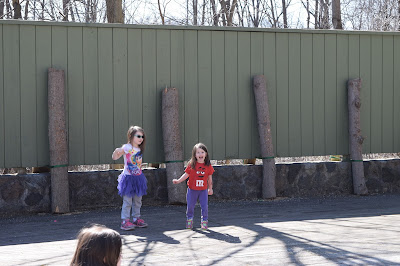 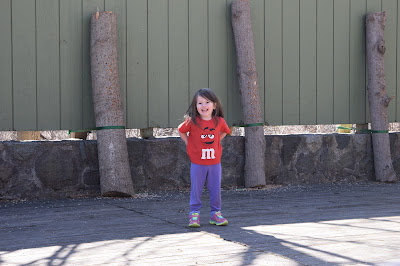 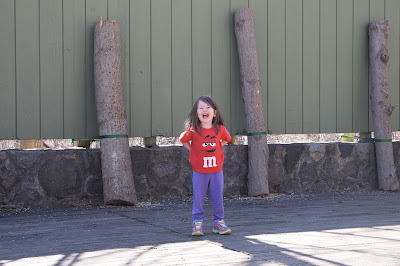 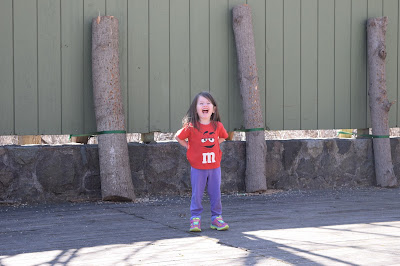 Then we cleaned most of the house in preparation for Grandpa's arrival on Wednesday. After he arrived, we went to a Catholic Homeschooler's Archery Club where the oldest three shot arrows for an hour before catching a late lunch at Culver's and then playing Monopoly and video games. Thursday, since I had another adult to take 6 kids with me to Chicago, we drove to the Chicago Field Museum, which is its own post simply because I have SO MANY PICTURES! Friday we introduced Grandpa to Multiplication Bingo and then took the oldest 5 to see "Zootopia."

Posted by Katherine at 7:26 PM