I always start the new semester after the Epiphany, so we got back to work on the 9th and the first week back wasn't a bad return to school work, but I came down with the flu which I then generously gave everyone else such that by the end of the week, everyone was sick. The second week only got worse, for while Felicity and Brigid improved and got better, the rest of us just could not rebound and then, that Wednesday, I tested positive for Strep. James and the other four kids tested positive soon afterwards. Hence we lost most of our second week back into school.
So, while still coughing, we dug in the third week to try to catch up and we did pretty well. We finished reading Saint Benedict: Hero of the Hills, read The World's Story, The Story of the World, and Famous Men of the Middle Ages all about the Visigoths and the other barbarians that raided Europe at the fall of the Roman Empire in the west. We also read about St. Benedict and the Emperor Justinian and Saint Gregory the Great. We listened to Gregorian Chant and read a story about a boy in Britain battling other celtic tribes in Twelve Bright Trumpets. We read The Life of St. Benedict, The Holy Twins, and selections on St. Benedict and St. Scholastica in Saints Lives and Illuminations. We read Saint Ciaran: The Tale of a Saint of Ireland and Beowulf. It isn't the easiest period in history to study because I find it a collective of not one big important thing but many smaller but significant moments to be studied in multiple places but in a relatively short period of time. So we tried to span from the 400s until the 700s or so from Italy to Constantinople to Britain and Ireland. It was a lot, but it went well and was worth it.
We also plowed ahead in Botany completing the first three lessons on Botany, Seeds and Flowers. We did one experiment per lesson. For the first, to demonstrate vascular plants, we did the classic food coloring in water with celery so they could easily see how the water travelled up the tubes as well as the tubes themselves. For the second, we soaked some beans until the testas came off and we could separate the cotyledons and identify the plumule and radicle. For the lesson on flowers, first I bought a bunch, which certainly livened up the kitchen amid the gray and rainy January days, and then we dissected a few. The girls didn't like killing the flowers but we were able to identify the carpel with its stigma, style and even the ovary and ovule as well as the stamen with its anther and filament and the sepal. I regret I don't have any pictures of any of this, but we did all three experiments in one day while trying to catch up and it isn't easy trying to help three girls make up a full week of work. 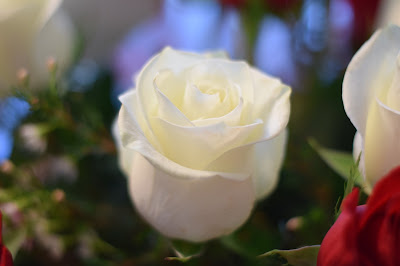 We did not completely make up the full missed week in a week but I did not expect us to. We did come close though. Felicity and Cecilia came within 1 math lesson of being caught up and Elizabeth is only 3 pages behind in Math. So we are almost there. Here is hoping February goes better. 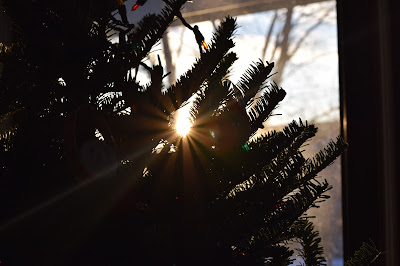 Posted by Katherine at 2:51 PM