After a rough January, we tried to get February off to a good start.
By the end of the first week, we were all caught up, miraculously. We read St. Brendan and the Voyage Before Columbus, The Saint and His Bees, Magic in the Margins, and about Saints Brendan, Bede and Theodora in Saints: Lives and Illuminations. Then we read Augustine Came to Kent and Caedmon's Song. That pretty much completed our section on the building of monasteries, the spread of Christianity through the 400s, 500s, 600s and 700s, how monastics copied and made books, the Saints of that time and what life was like then. Our next section will focus on Medieval life and feasts, swords and knights, castles, kings and feudalism culminating in Charlemagne and the legend of King Arthur, which should take us to the end of March/beginning of April.

We also almost completed all of lesson 3 in Botany on pollination. We went over different pollinators from butterflies to bees to bats and wind. And then we pollinated 2 lilies taking the pollen from each and putting on the other's stamen. I bought a pot of tulips but they weren't open enough yet to pollinate them. I will say that while I really like the Apologia science books, I do get very annoyed when they interject into a subject to preach about how the earth can't be more than a few thousand years old and how evolution is a total load of crap. They do it a few times in each textbook and it always comes across as forced. It is, of course, completely not Catholic, so I always just skip past it, but it is really irritating that they felt they had to shove Protestant fundamentalism down your throat while you are trying to learn about pollination. 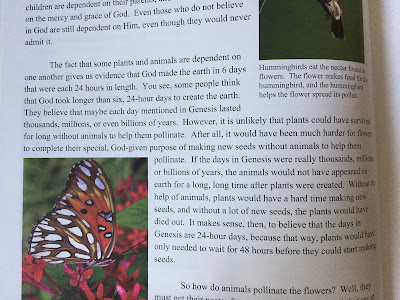 Felicity and Elizabeth did religion with me focusing on Jesus' two natures, being both fully human and fully divine but yet still one person. Cecilia is progressing through The Story of Christianity, which has been following chronologically with us along in history and read another chapter on St. John Chrysostom in Pope Benedict's Church Fathers. And all of the girls have kept up well in their math, spelling, english, vocabulary, typing, handwriting, geography and spanish.

The second week of February was a much-needed "catch up" week, which we worked hard to be already caught up for. After a month of illness and then fighting to catch up in school, a week off was much needed and very welcome. On Sunday though, for Christmas my parents had bought us 4 tickets to see The Phantom of the Opera. So, as an exciting addition to a study of music, drama, theater and the arts, I took Cecilia, Felicity and Elizabeth to see my all-time favorite musical. 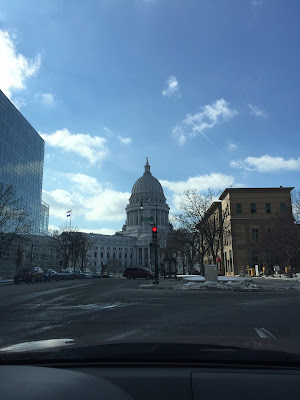 We drove past the state capitol on the way and had good seats too! 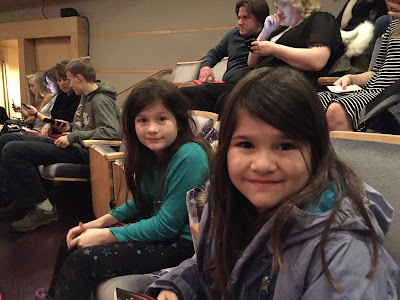 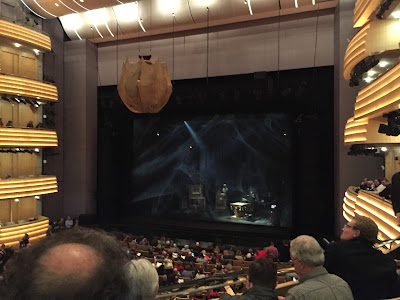 We were first Mezzanine, 3rd row and Felicity and Elizabeth even had kids in front of them so we had no trouble seeing any of the show. 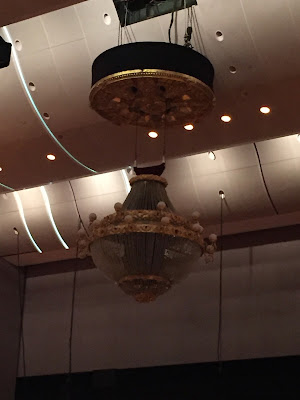 During intermission we caught a new pokemon in the theater. lol. 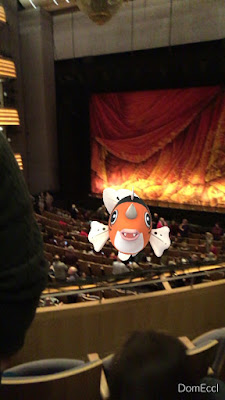 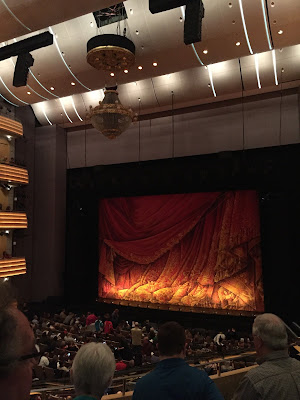 After the show we went to the bathroom and then came back to the theater on the way out and saw the chandelier lowered all the way down and the stage fully lit. The girls wished they could go backstage, but it was still neat to see them working afterwards. 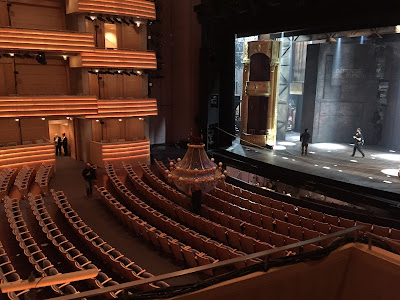 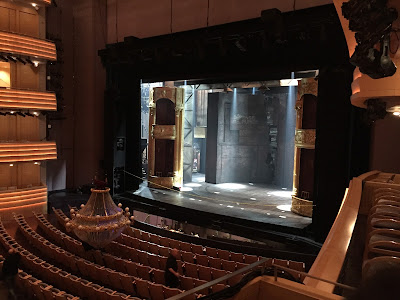 Monday I was determined to take it easy. It had been a long month of illnesses and catching up in school and we all needed a "catch up" week that helped us catch up not in school but in rest and leisure. So we began Monday with face painting in pajamas. Brigid asked to be Pikachu. 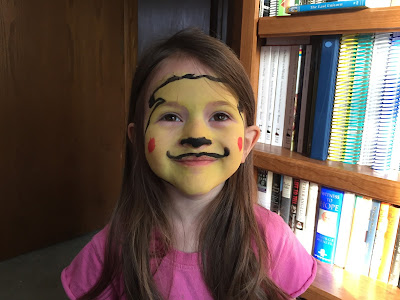 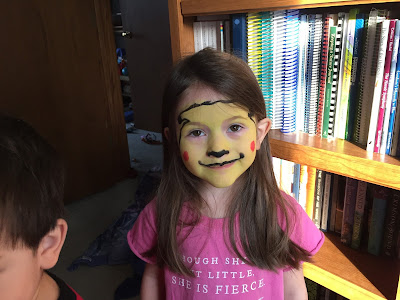 Catch up week was spent mostly resting while I read Dante's Divine Comedy with some cleaning but it was a much needed week. By Friday Grandpa was visiting and on Saturday we went snow-tubing.

By Valentine's Day we had read from The World's Story, The Story of the World, and Famous Men of the Middle Ages about Mohammed and the beginning of Islam. It isn't a subject I wanted to spend weeks on but it is a significant event in history so I wanted to do a decent job covering it. Then we read We're Riding on a Caravan and The Silk Road about the caravans and trading of Asia and Europe through the middle East. We also read A Medieval Feast, DK Medieval Life, and Swords: An Artist's Devotion.

February was not an easy month (another post), but by the last full week we had progressed to the time of knights and castles. In the same three texts, we read about Charles Martel and Pepin and the creation of the Frankish empire and Charlemagne. We also read Macaulay's Castle, DK Castle, and Castle Diary by Richard Platt. We did do the 5th Botany lesson on fruits but, short of eating some, we didn't do any experiments.

Happily, despite a difficult month, by the end all the kids were still caught up in all their subjects, we had made good progress in science, history and religion and the girls had been able to have several music lessons with their dad and even begin playing some piano pieces.