I got a bit behind, so I combined the past two weeks into one post.

For Halloween I carved 2 pumpkins and the kids each painted one. The kids will be welcome to carve their own pumpkins once they are old enough and able to do it themselves. I am just not carving 6 pumpkins. :) 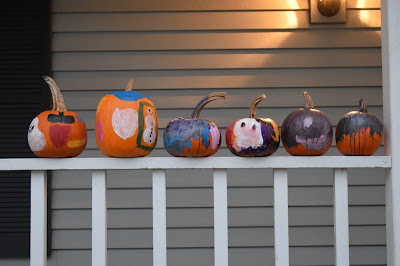 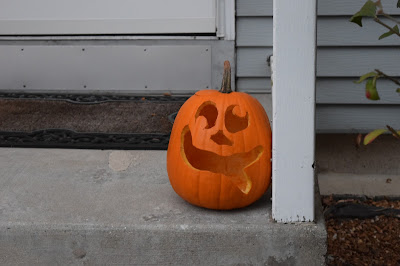 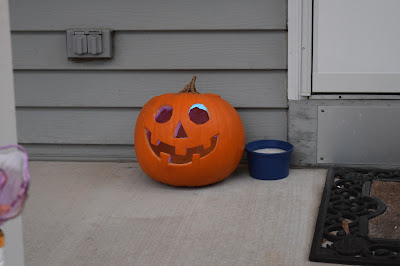 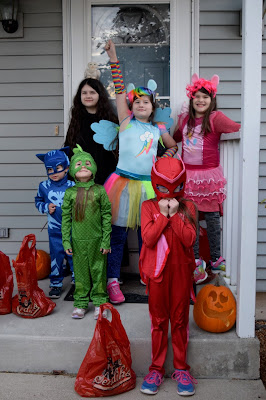 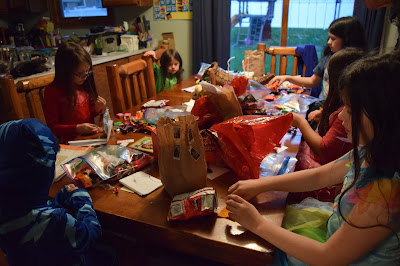 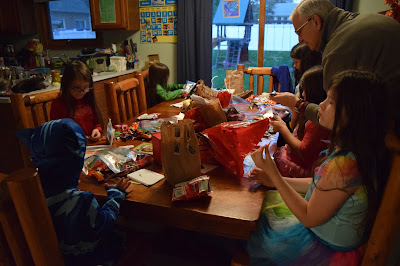 We got religion done on Monday, but, unfortunately, we also had a couple of the kids come down with some sort of virus. Cecilia was the only one who threw up but she was up most of Monday night throwing up. Tuesday Thomas had his wellness check up but we did read about Ferdinand and Isabella in The Story of the World. James and I made it to Mass but none of the kids were up to it. We did get our Zoology lesson on ants done though and read On Beyond Bugs: All About Insects. We didn't make it to the cemetery to pray due to the sickness running through the house.

On Saturday, Cecilia, Felicity and I went to the Women of Christ Conference. We went to confession, prayed at adoration, heard some lovely talks, enjoyed walking around the tables (Felicity could spot the candy bowls from 30 yards away) and got to meet some wonderful people, including Donna Marie Cooper O'Boyle. Then we enjoyed the Eucharistic procession and James and the other kids joined us and we survived Mass. (By the end of the day, the younger ones weren't in the mood.) 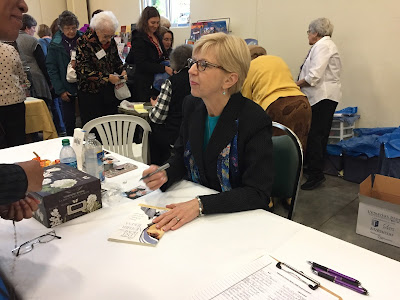 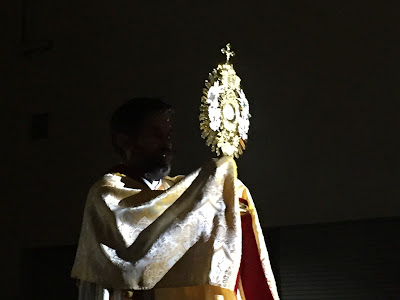 On Sunday, Teresa had her zoo class on Animal Magicians. She learned about animals that change colors or change shapes and how some lizards can detach their tails and grow new ones. She really enjoyed the first 2 hours or so, but towards the end she wasn't feeling well. I took her to urgent care that afternoon and sure enough she had an ear infection.

On Monday, we went to our Catholic girls group. On Tuesday, there was nothing to vote on, but we did our religion lesson (on Matthew 11 for the older ones and the Holy Family for Teresa) and read in The World's Story and The Story of the World about Christopher Columbus. Since it turned so cold, I also went outside and pulled all the tomatoes I could and then pulled every plant in the garden except the grape plant. We will definitely be reorganizing next Spring, so there was no need to keep any plants where they were, except the grape plant as it can take more than one year to see any fruit from it and I didn't want to set us back a year on that one. 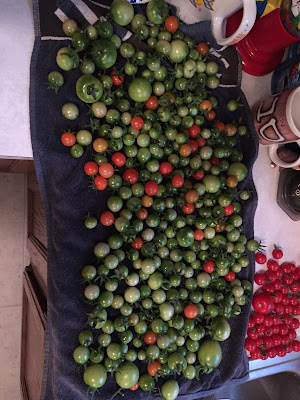 On Wednesday we read D'Aulaire's Columbus and Fritz's Where Do You Think You're Going, Christopher Columbus? We also read the first 2/3 of our Zoology lesson all about bees. By Thursday we had finished Zoology and read Magic School Bus: Inside A Beehive.

It was really nice to finally have a week that looked like this: 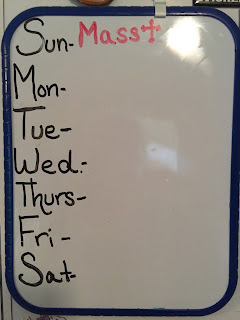 Between the kids fighting off a virus and my own situation: 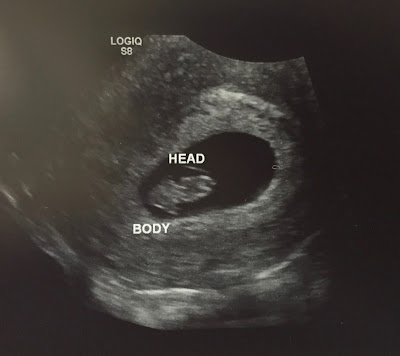 Naturally we are all very happy and excited, but, of course, these early months have their necessary slow down, so a week just doing nothing except school was a welcome break. It is also why I was so late on last week's Learning Notes that I combined last week's and this week's. We have about one more slow week with just one play date before things start to pick back up again so I'm hoping to enjoy it a bit. :)