Teresa and I did lesson 20 on penance and began memorizing the Act of Contrition while the oldest three and I read chapter 18 in the Gospel of Matthew. Then we read Mike Venezia's Da Vinci, Diane Stanley's Leonardo Da Vinci, and Robert Byrd's Leonardo: Beautiful Dreamer. 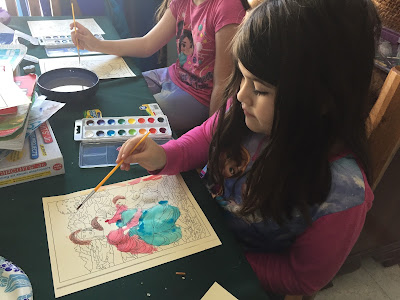 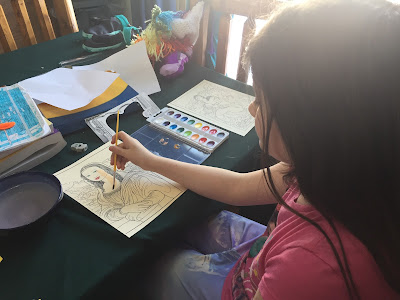 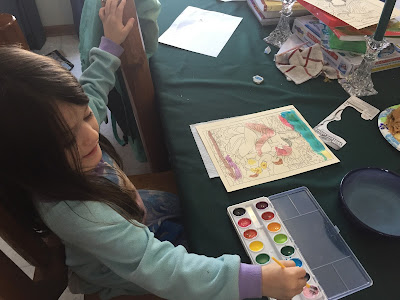 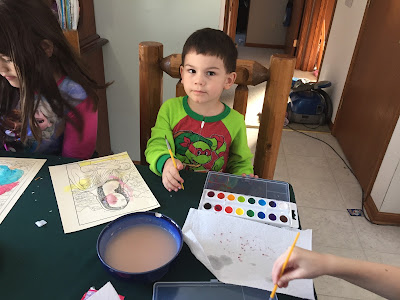 Wednesday we read our oceanography lesson on seals, sea lions and manatees. We also read Bobbie Kalman's Seals and Sea Lions. Then we watched an episode of Raiders of the Lost Art on the theft of the Mona Lisa.

Thursday we focused on finishing our bookwork and Friday I was exhausted from being up since before 4am, but the kids were able to enjoy the new 5 inches of snow we got! 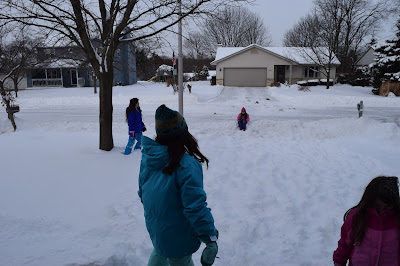 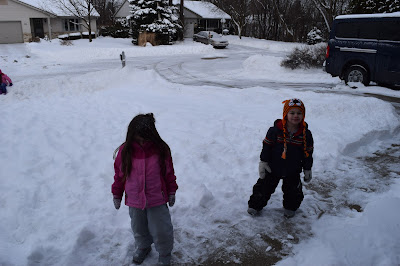 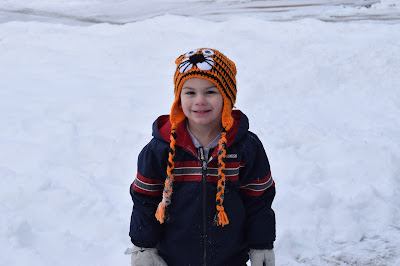 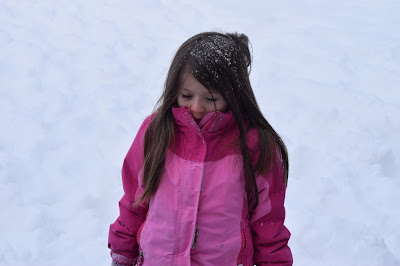 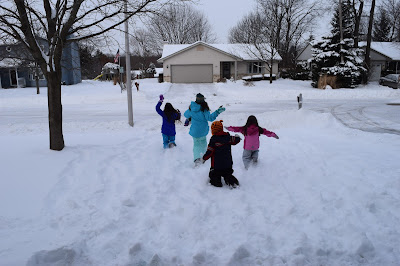 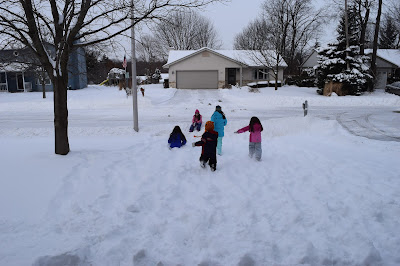 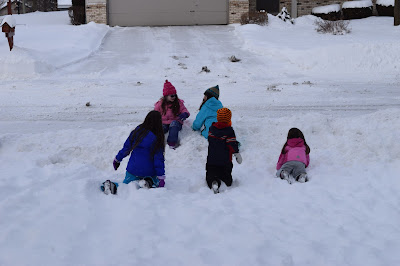 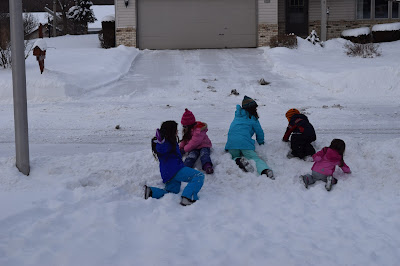 The following Monday, we went to The Domes. We'd been there before and seen the tropical and dessert domes before, both of which we enjoy, but this was our first time seeing their winter model train display, which was a lot of fun, this year with an Alice in Wonderland theme. 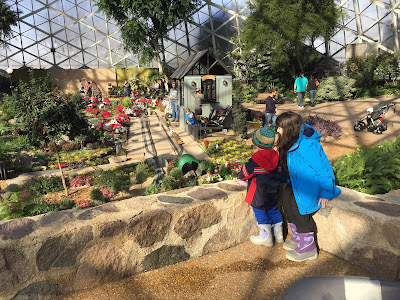 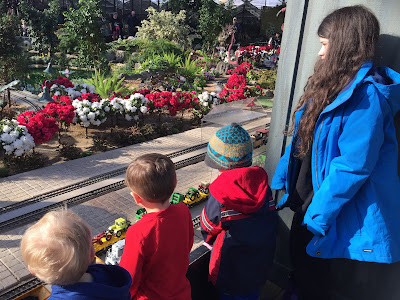 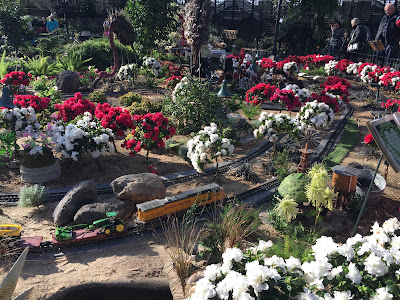 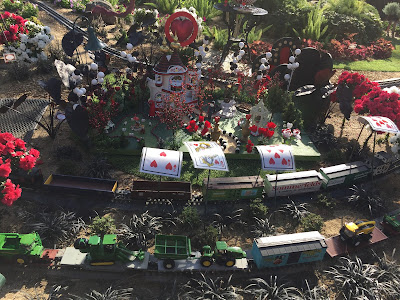 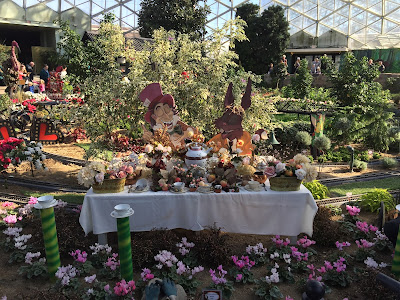 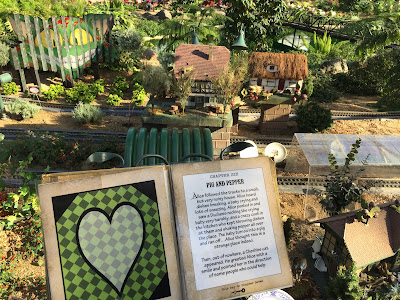 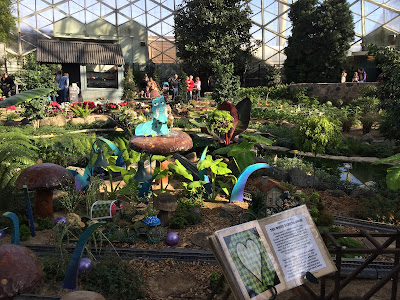 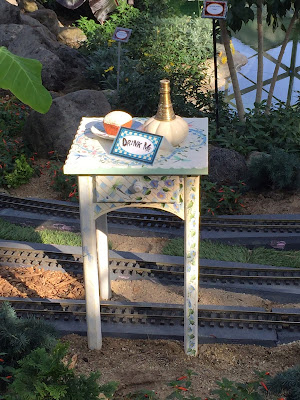 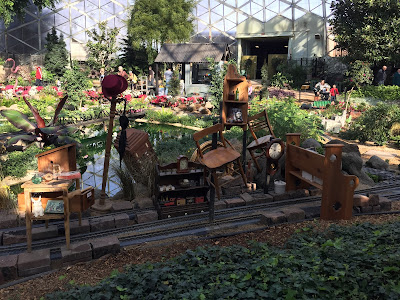 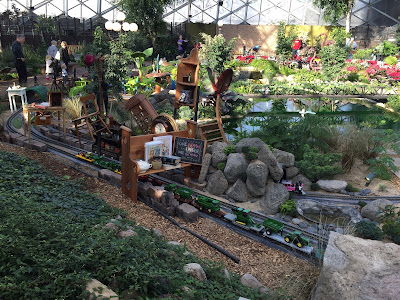 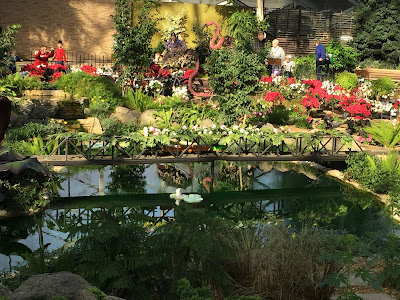 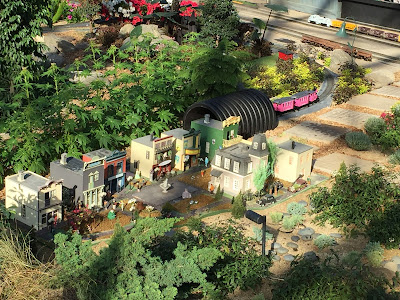 Tuesday we had a fun playdate but on Wednesday we caught up on a couple of school items. We watched an episode of Raiders of the Lost Art on another Leonardo da Vinci painting and an episode on shallow waters in the Planet Earth series. We also joined James for Ashe Wednesday Mass. After receiving ashes, Teresa saw her picture on my phone and lamented, "It's a disaster!" LOL 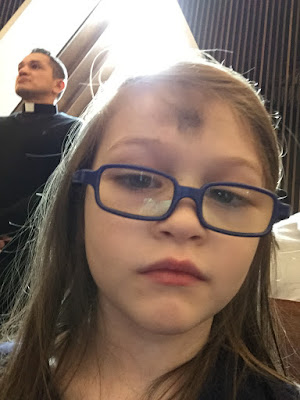 I spent a lot of the week cleaning and de-cluttering and doing some reading. I cleaned and decluttered the playroom and my office throwing out 13 bags of garbage/recycling and collecting 2 boxes of stuff to donate. By the weekend, Brigid had done three more reading lessons and, other than making our clay seals/sea lions, we were all caught back up. That I intentionally delayed to condense how many days of clay everywhere I have to clean. :)

It was a well needed and well used catch up week.

Posted by Katherine at 7:11 PM